Cats are strange creatures, and it's hard to understand their actions. And they are based on much more than basic instincts -cats somehow sense when a person is kind, and they will approach people like that on their own.

Lynn Farrell's young daughter has always loved animals, so she was delighted when the family bought a house near a large cat colony. Farrell's daughter was very friendly with all animals she encounters, but since the cats from the colony are feral, she never thought one of them would come inside the house on its own. Well, as we said, cats are unpredictable...

A few nights ago, Farrell put her daughter to bed early, anticipating the usual protests. But, instead, her daughter just said, "OK, Mom." 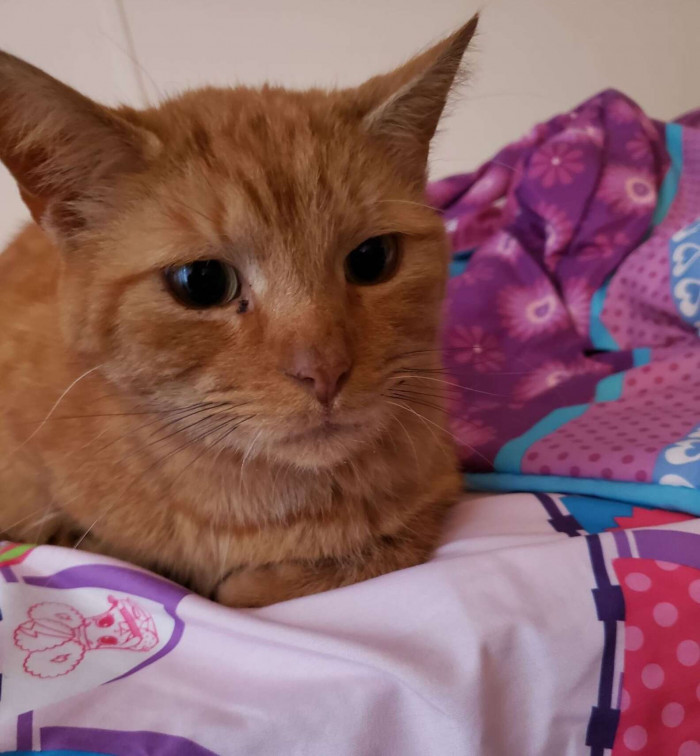 "When she agreed to go to bed so easily, I was immediately suspicious as any mom would be," Farrell says. "When I opened the door, they both popped their heads up, like, 'Oh crap, we've been caught.'" 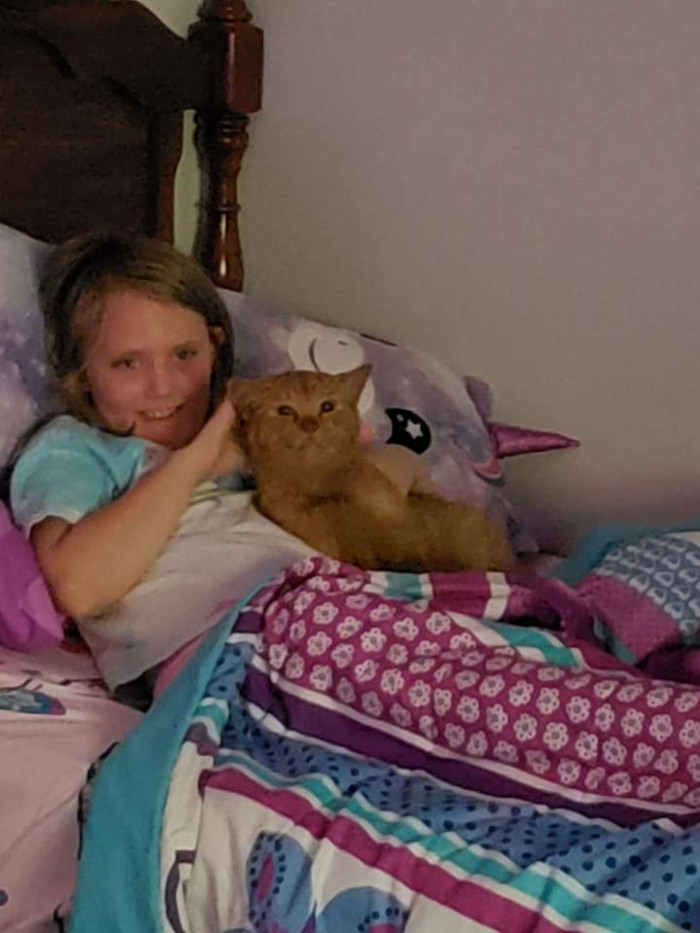 Farrell saw a big orange cat cuddled up with her daughter in bed. She had snuck the cat inside while her mother was preparing dinner and placed a litterbox, food, and water into her closet.

Farrell later found out that this wasn’t the first sleepover. “I could tell right away they had a special connection,” Farrell said. “He chose well in his new human. So after a bath and a brush, they both went to sleep warm, happy, and snuggled.” 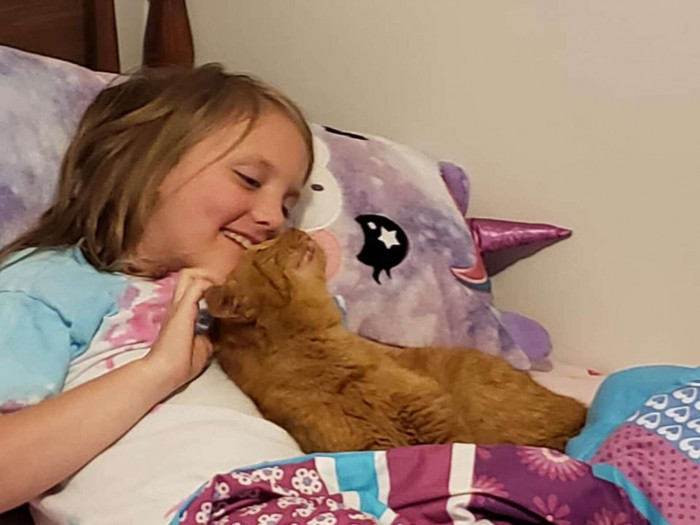 The family took the cat, whom they called Pumpkin Jr., to the vet, and he was treated for worms and fleas. After some inquiries around the neighborhood, they found out that the cat actually has an owner – the neighbor across the street, keeping it as an outdoor cat. With the owner’s permission, Pumpkin Jr. visits his little girl every day and frequently sleeps over. 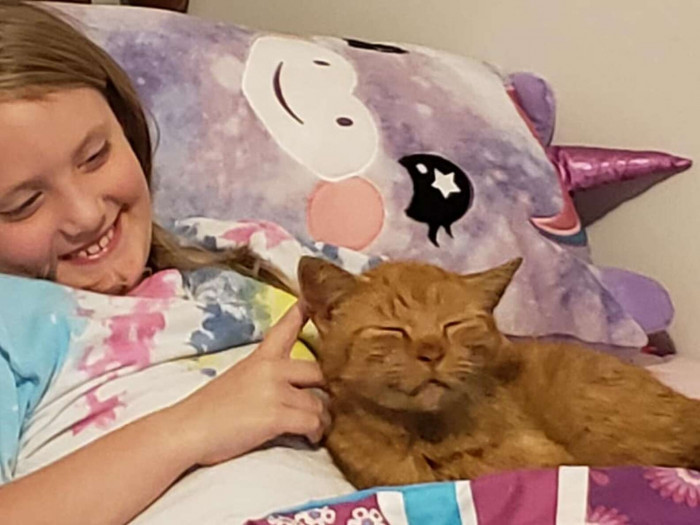 “He is so sweet and constantly purring — I don’t think I've heard him stop,” Farrell says. “Her room is his domain, and [he's] let our other three cats know that they dare not enter his human’s room. I guess I have a fourth cat now.”