Approaching a girl and starting off a conversation is one of those challenges every young man has to overcome eventually. It's especially scary when it's your first time doing it and all you think about is what to say and not sound weird.

It's really hard to overcome that fear of rejection but you just have to remember that the worst thing she can do is say no, and that's really not a big deal. I believe approaching a girl should always just be simple and natural, you shouldn't make a big deal out of it, because it really isn't.

But this still presents a big problem for young men who are always looking for new ways and tactics to go about this. Actually, a lot of people will charge money for their advice on this matter.

These gurus want to make all of this look like a science and they will try to convince you that you could never approach a girl successfully without their genius advice.

1. They say that being mysterious is attractive. 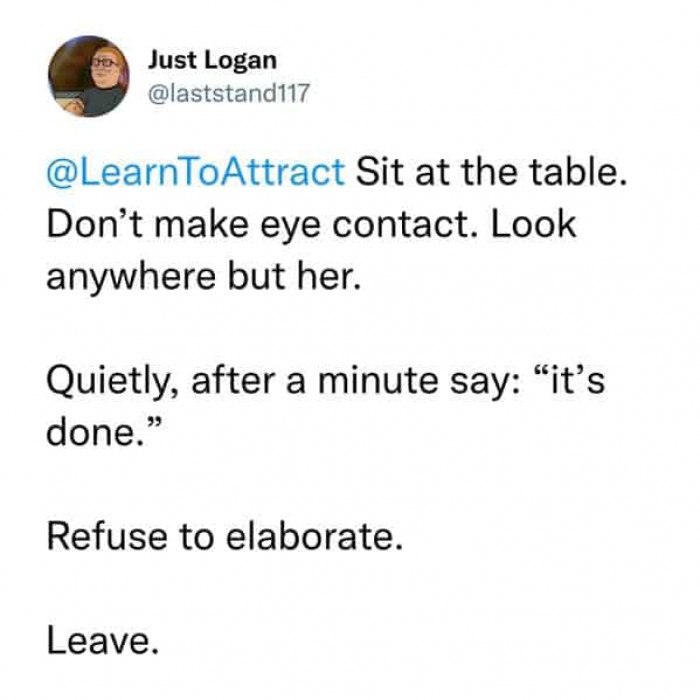 4. How did she just let herself get caught with no guard? 5. Oh how the tables have turned. 6. Honestly, I wouldn't mind someone doing something like this for me. 9. Maybe we shouldn't listen to Sonic. 12. Not everyone is open for conversation. 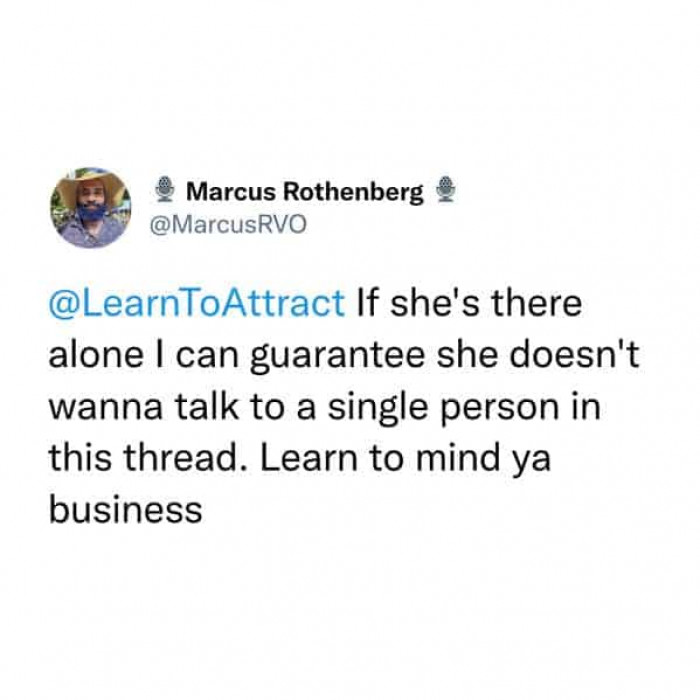 20. Probably gonna pass on this one. 21. She better give him the pineapple. 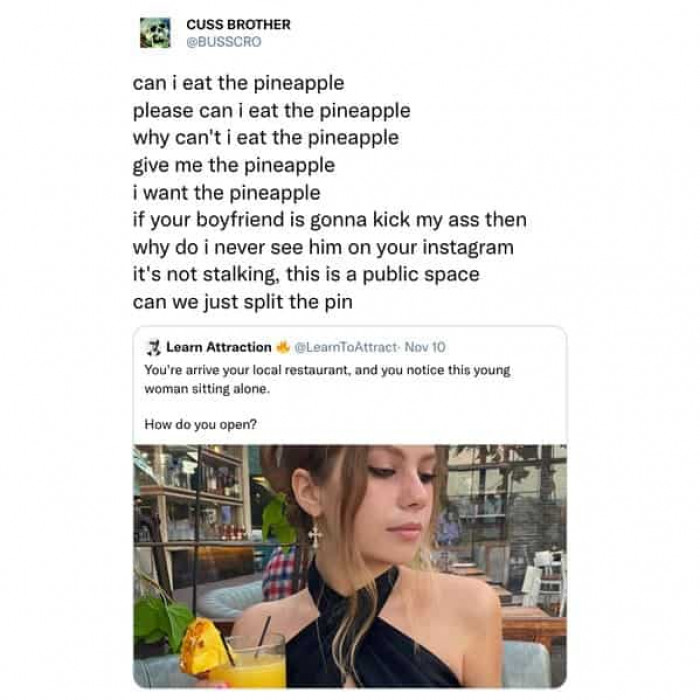 22. You could score some empathy points I guess. 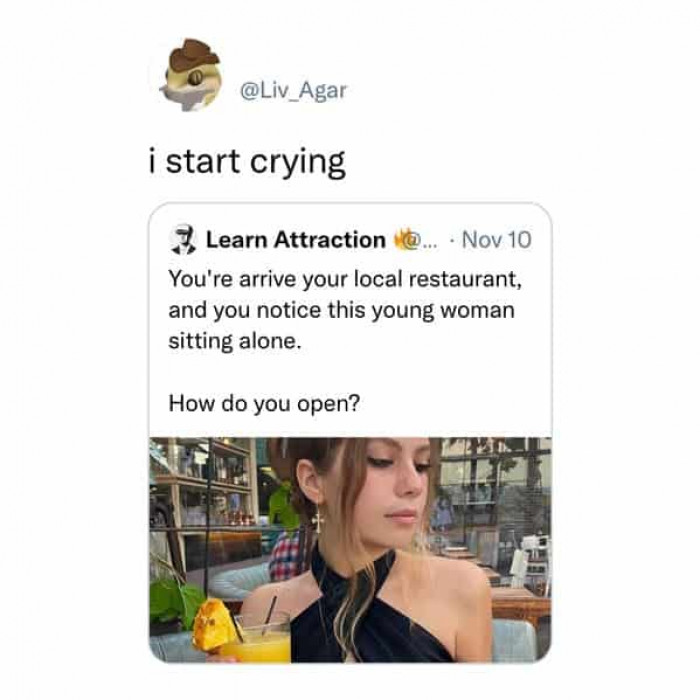 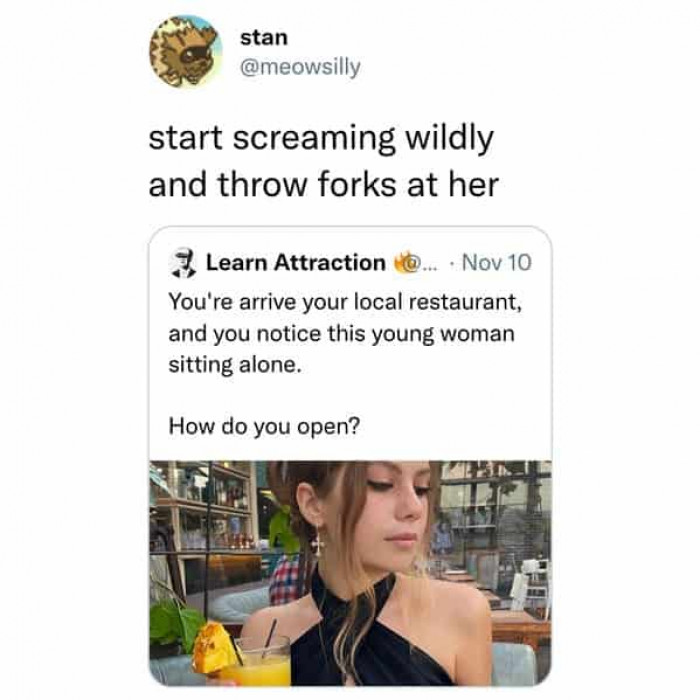 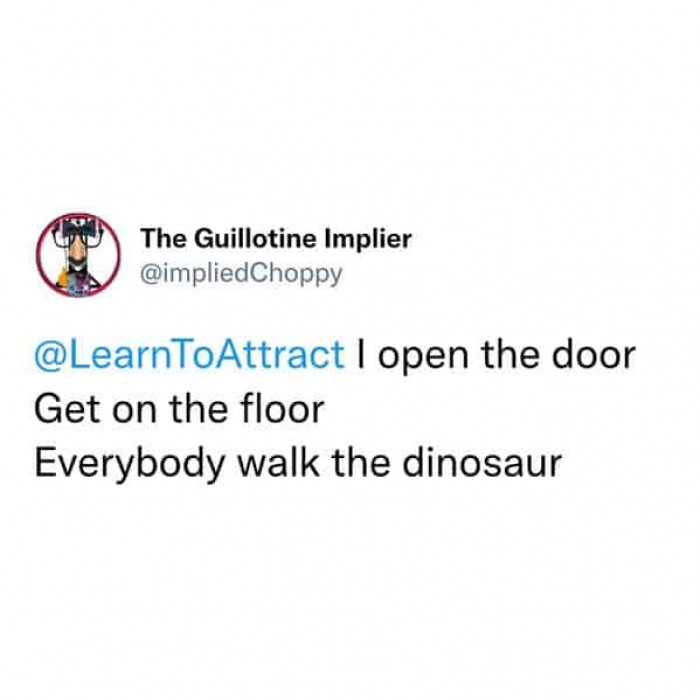 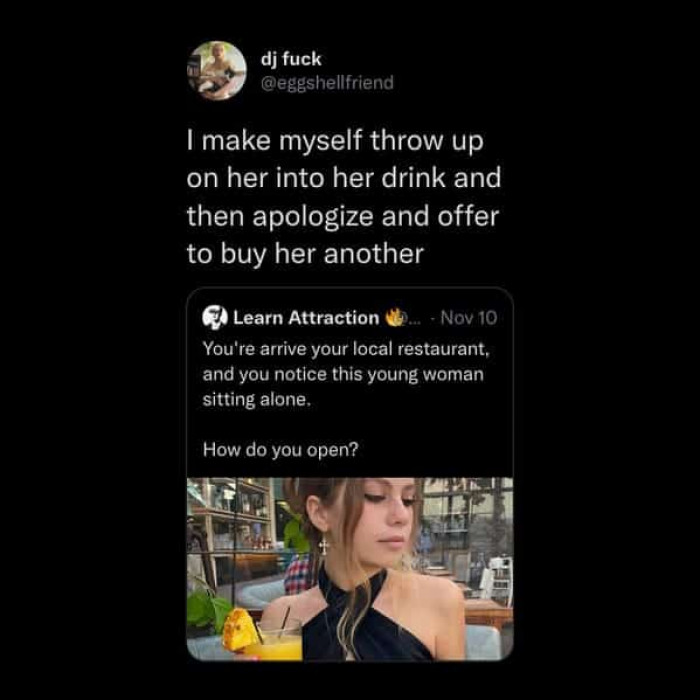 Like plenty of times before, Twitter managed to deliver and even go beyond what was expected. Twitter has some of the wittiest and funniest people this planet has ever seen and you can't convince me otherwise.

When Twitter decides to start poking fun at something you can expect to see some of the most creative and hilarious content ever. We hope you learned something about approaching women from these incredibly helpful posts and now you can use this knowledge the next time you a lady catches your eye.