The Krakow Society for the Protection of Animals established in Poland, received a call about an emergency situation from a concerned citizen about a situation very urgent in nature. The citizen was calling from his home and he has spotted a weird-looking animal stuck in the tree near his house.

The caller was unable to identify the animal but he was extremely worried that it has not moved in the last two days. Since it was stuck a bit higher he guessed that it might be some sort of a lizard.

The staff at the Krakow Society for the Protection of Animals were unsure of what it might be but they proceeded anyway to make sure things were alright.

When the rescue team reached the callers identified place, they did spot a lizard-like thing, lodged high up in the tree when it was pointed out to them.

“The brown creature is sitting on a lilac branch,” they shared. "The creature sits and doesn't move — exactly as the caller described. His brown skin shines in the sun ... We are looking more closely — poor guy has no legs or head."

However, that closer look revealed a totally different thing than they hoped for. The truth revealed itself then and it turned out that it was not a reptile at all rather it was not even an animal.

In reality, as it turned out on closer inspection, it was a croissant.

It was not even a call for the rescuers to work on. "It's hard to help something that almost sweeps us off our feet," they told. "A laugh attack." 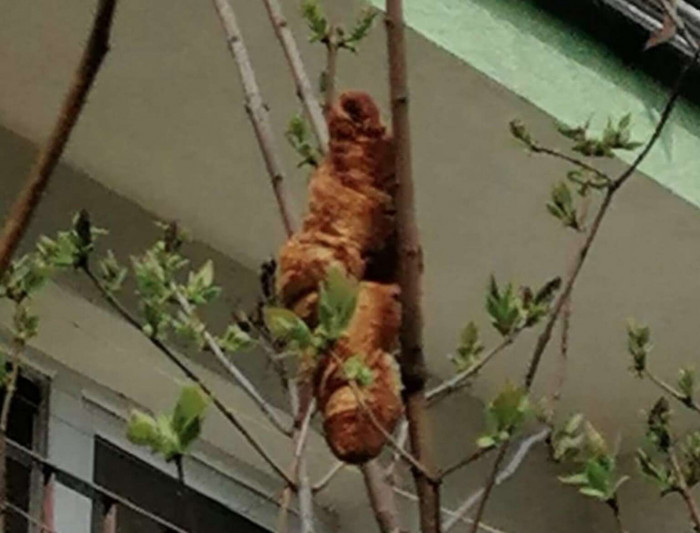 via: KRAKOW SOCIETY FOR THE PROTECTION OF ANIMALS
ADVERTISEMENT

The only mystery in it was the fact that how did this croissant get up there. However, it could not be found out.

Someone might have thrown it there from the adjacent building or a bird might have brought it there. The thing to appreciate here is the concern of the caller which was indeed genuine and he had the best interest at heart.

He actually thought he was helping rescue an animal. As for the rescue, there was nothing for them to do as rescuing croissants doesn't fall in their domain (pun intended).

"We note that it's always worth reporting if something concerns you," they added. "It's better to check and be pleasantly disappointed, and sometimes (unfortunately very rarely) laugh, than to not react, which can sometimes lead to a tragedy."

The only tragedy that can be in this particular case was that nobody got to really enjoy the croissant. 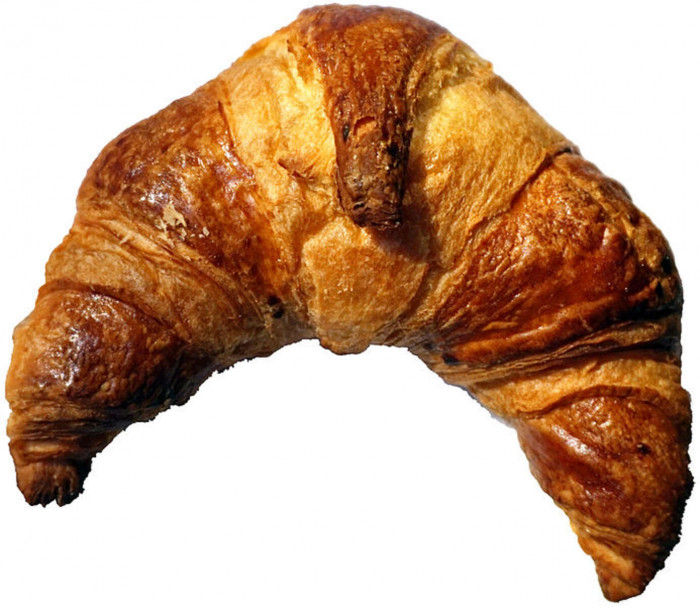