After More Than A decade, Rescued Elephant Makes Triumphant Return From The Wild To Pay A Visit To The Man Who Raised Her

The wild is a diverse and unforgiving world. In this case, that was too much for a young elephant to bear.

Alone and stranded inside a hole after being separated from her mother as a newborn, Sunyei's life was in jeopardy. Luckily, she was quickly rescued by the combined efforts of Samburu tribesmen and the Sheldrick Wildlife Trust—a Kenyan conservation group that works to protect animals from poachers and other threats.

At just a few days old, Sunyei was brought back to their orphanage in Nairobi, where she would begin her life as part of a new elephant family. There, she met Benjamin Kyalo, head keeper of the Trust's elephant nursery, who would serve as her new mom.

According to the executive director, Rob Brandford, Benjamin oversees the orphans' daily care and wellbeing, ensuring their happiness and health at all times.

Little Sunyei with her rescuers in 2003 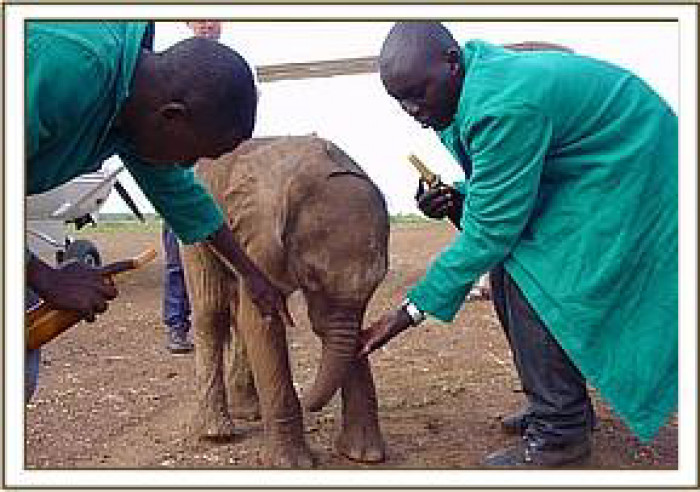 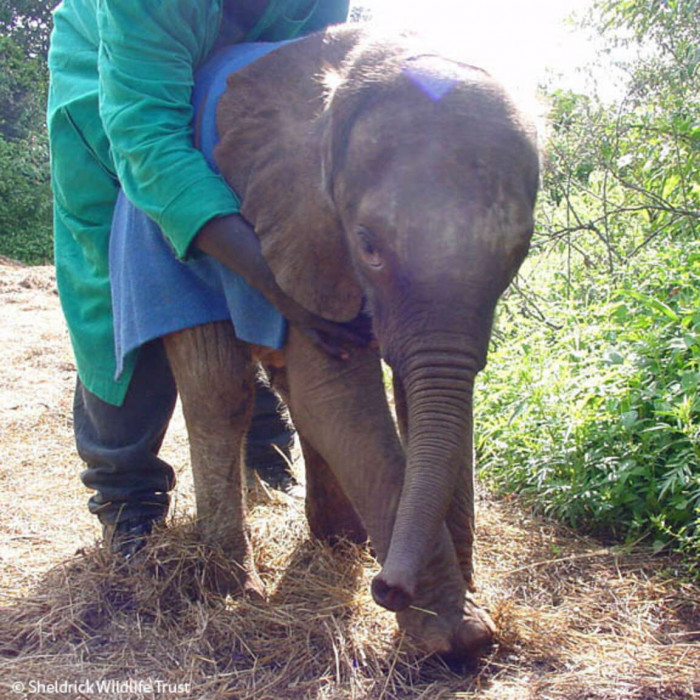 With Benjamin by her side, Sunyei thrived in a joyful, healthy environment, learning everything she needed to know about surviving as an elephant.

Sunyei parted ways with the Trust and her caregivers in 2009 to find her own path in the wild. But the most remarkable part of her story takes place when she returns to the orphanage after more than ten years, with her own baby.

The reunion was caught on tape

Head Keeper Benjamin catches up with an orphaned elephant he helped raise, who has been successfully reintroduced back to the wild but came back to say 'hello'. pic.twitter.com/dZcdg8ahOG 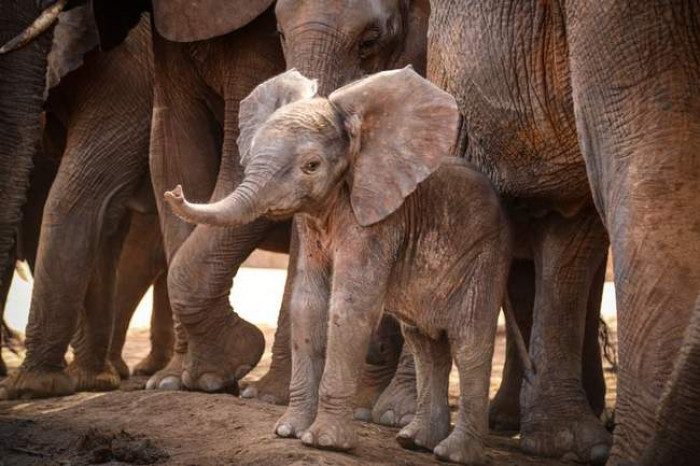 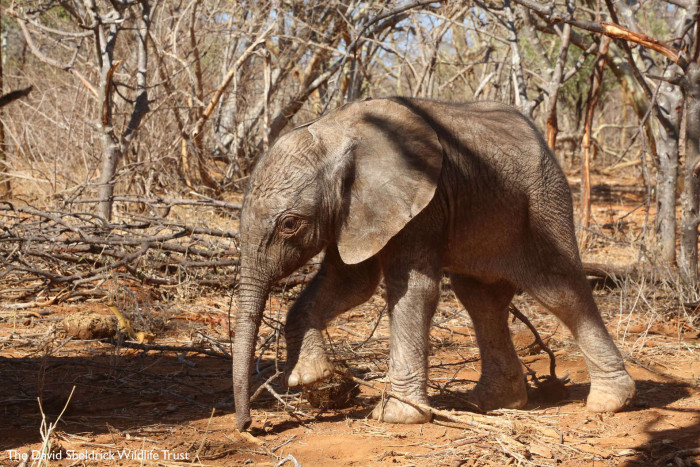 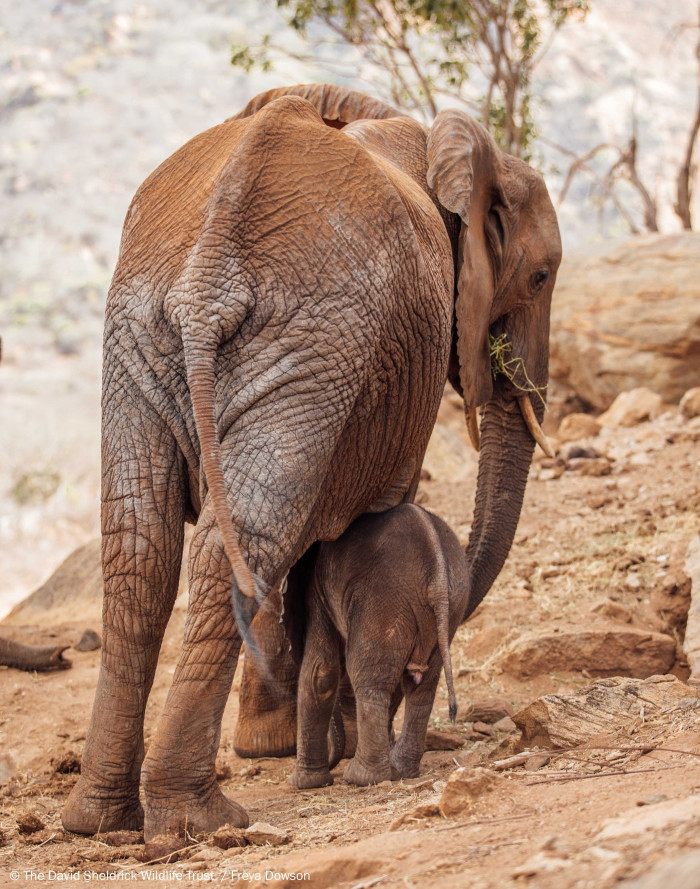 Brandford said, "While it might have been more than a decade since Sunyei chose to return to the wild, it seems she has never forgotten the kindness that was shown to her."

Bradford praised the elephant's mentality, saying that the fact she brought her new baby to meet Benjamin and his fellow keepers that raised her "speaks volumes about their intelligence and sense of family."

He stated that there was no other reason that she would return to the place she was raised to show off her newborn, except the keepers were people she retained strong ties with. 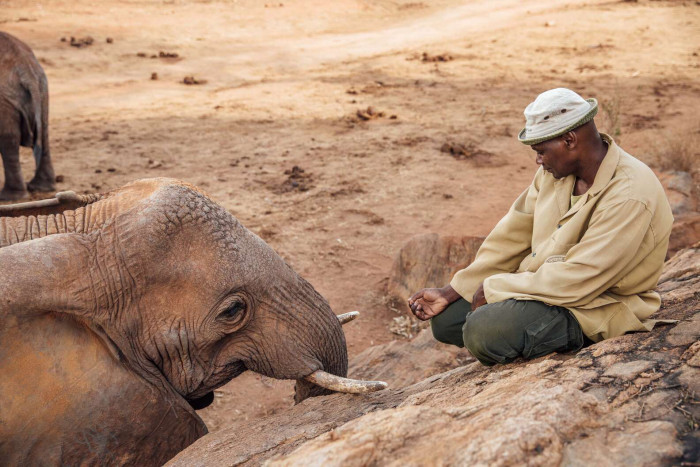 It wasn't the first time Sunyei had returned to see her foster parents. In fact, she's made several more visits since this reunion—giving Benjamin and his team an opportunity to watch the young elephant grow up over time.

Although Sunyei left their care years ago, this story is a testament to how much the Trust's work meant for her early life. They certainly played a significant role in ensuring the next generation of elephants would be possible.

Bradford shared that this moment was proof of how much Sunyei loves Benjamin and her human family. "While Sunyei has learned to see Benjamin and our keepers as family, whatever interactions she has with them are always on her terms. That is what makes this moment extra special—that she decided to share it with Benjamin and placed her faith in him."