Americans Are Sharing Unusual Thanksgiving Dishes And Everyone Is Grossed Out

Maya Kosoff turned to Twitter to spark one heck of a conversation this holiday season. In the United States it's tradition to celebrate Thanksgiving in late November, a national holiday that culminates all the way back to the 1600's when European settlers came to the Americas to colonize. After the first harvest, they celebrated with a feast that lives on today.

But the conversation Maya sparked on Twitter this year wasn't about the controversies that surround the holiday we're used to hearing about. Instead, it was about something almost as controversial: food. There are holiday staples that virtually everyone associates with Thanksgiving, and there are personal items that are family-specific that would (and will) disgust anyone else to even think about.

Maya expressed excitement about food, but that she wanted to hear about the travesties of everyone's families. Things that maybe shouldn't be called food but have become beloved an timeless traditions. 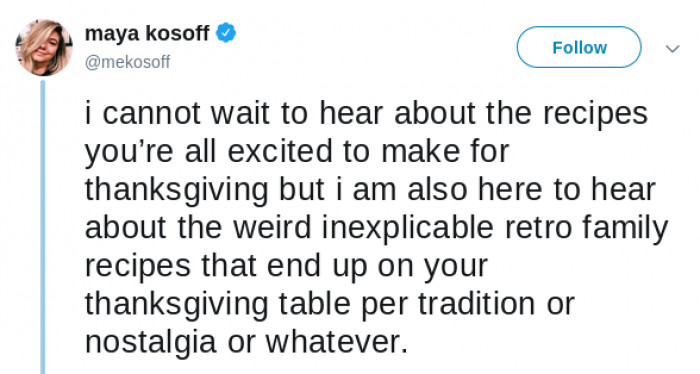 And she kicked it off with her family's very own disturbing dish. 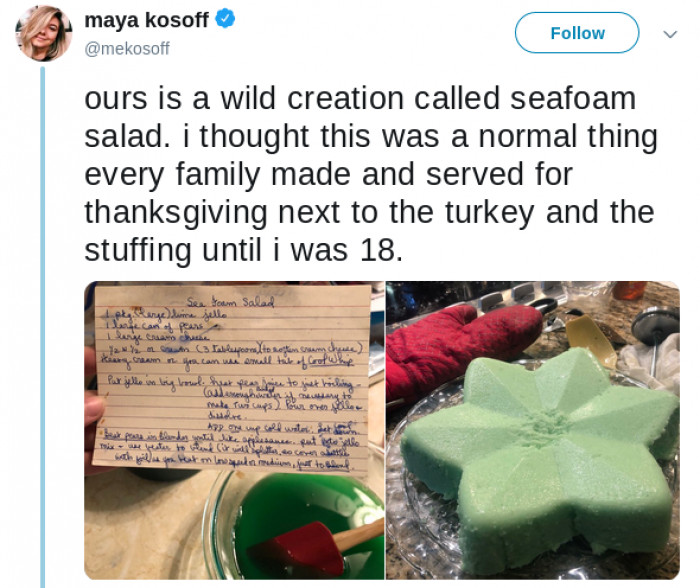 Who did this? WHO?

That's not a joke, that's the actual name.

A suet pudding is a boiled, steamed or baked pudding made with suet, flour, bread crumbs, raisins, and spices. 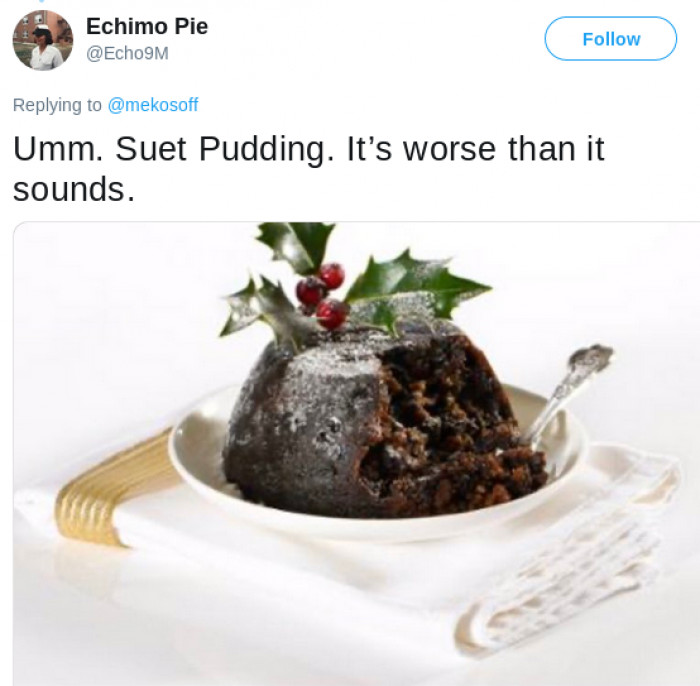 Enjoy a broken tooth with your dessert. 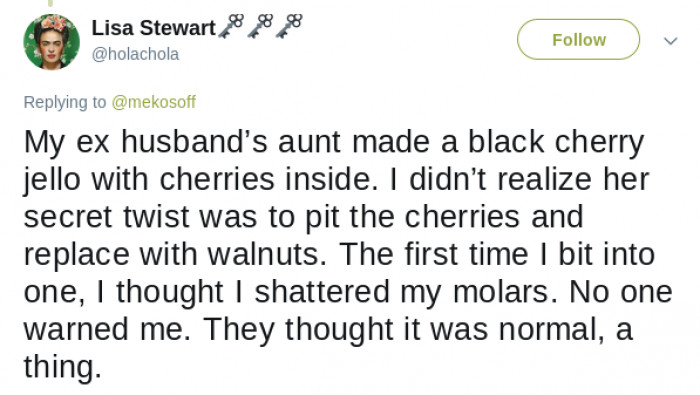 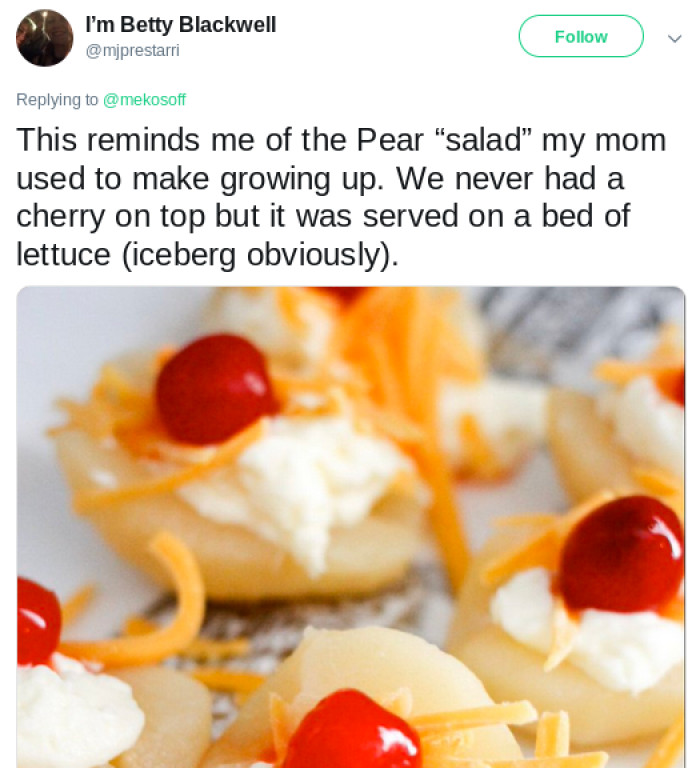 Who comes up with this crap? 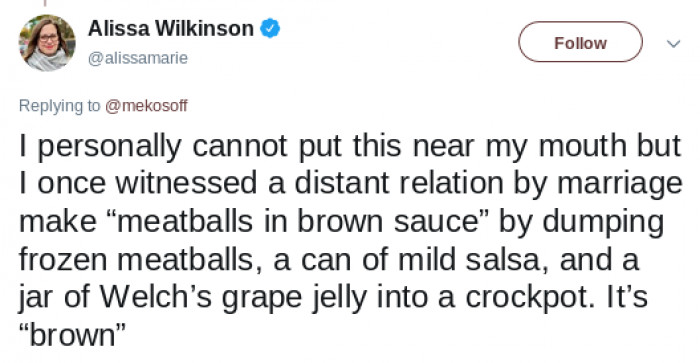 Wow, I think I can smell this one. 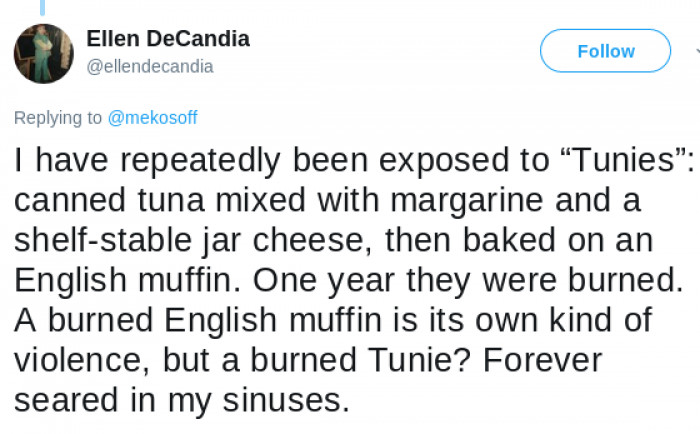 Coca Cola and Salad are two words that aren't supposed to go together. 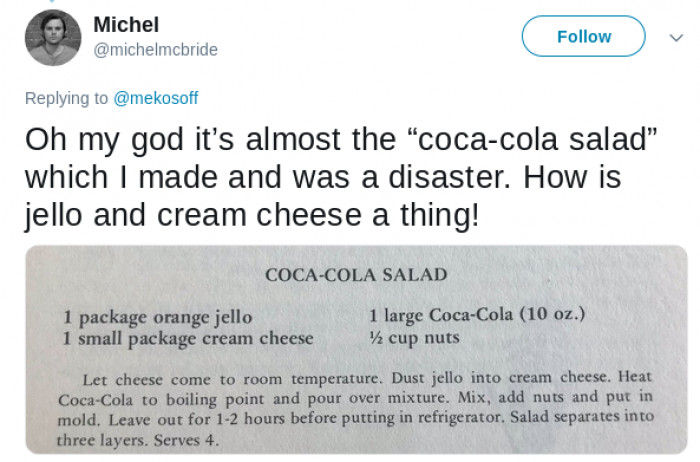 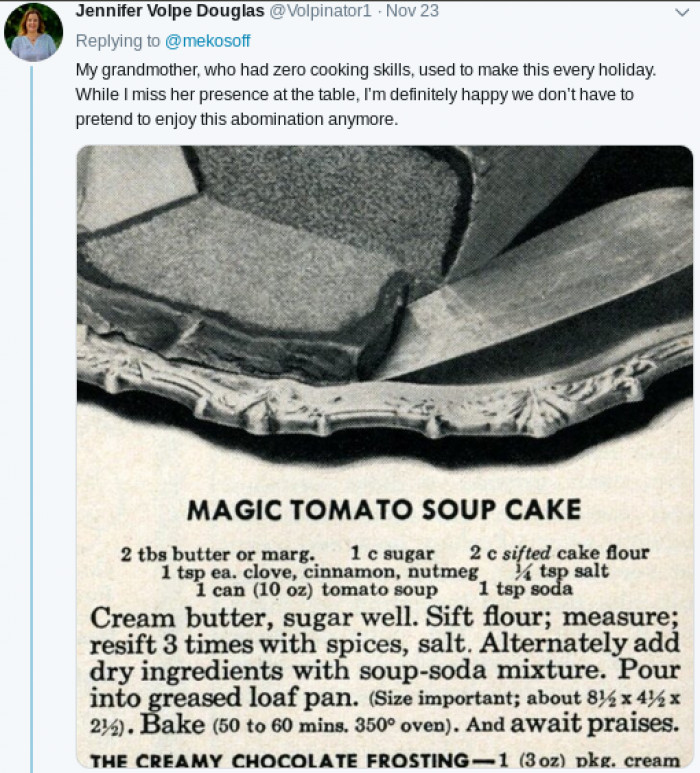 Quite frankly, I'm scared to ask... but please let us know what unusual and disgusting concotions you've been exposed to on Thanksgivings past and present.