Although not as common these days, some people still think it is a good idea to scam others via messages or emails. A reason that this has become less common is that over time people have become smarter at recognising scammers and not giving them what they want. One tactic used a lot these days is to troll the scammers until they give up or at least until they get annoyed. One user on imgur shared screenshots of a conversation he had with a scammer pretending to be his aunt where he took this tactic and clearly had some fun doing so.

This is how it started 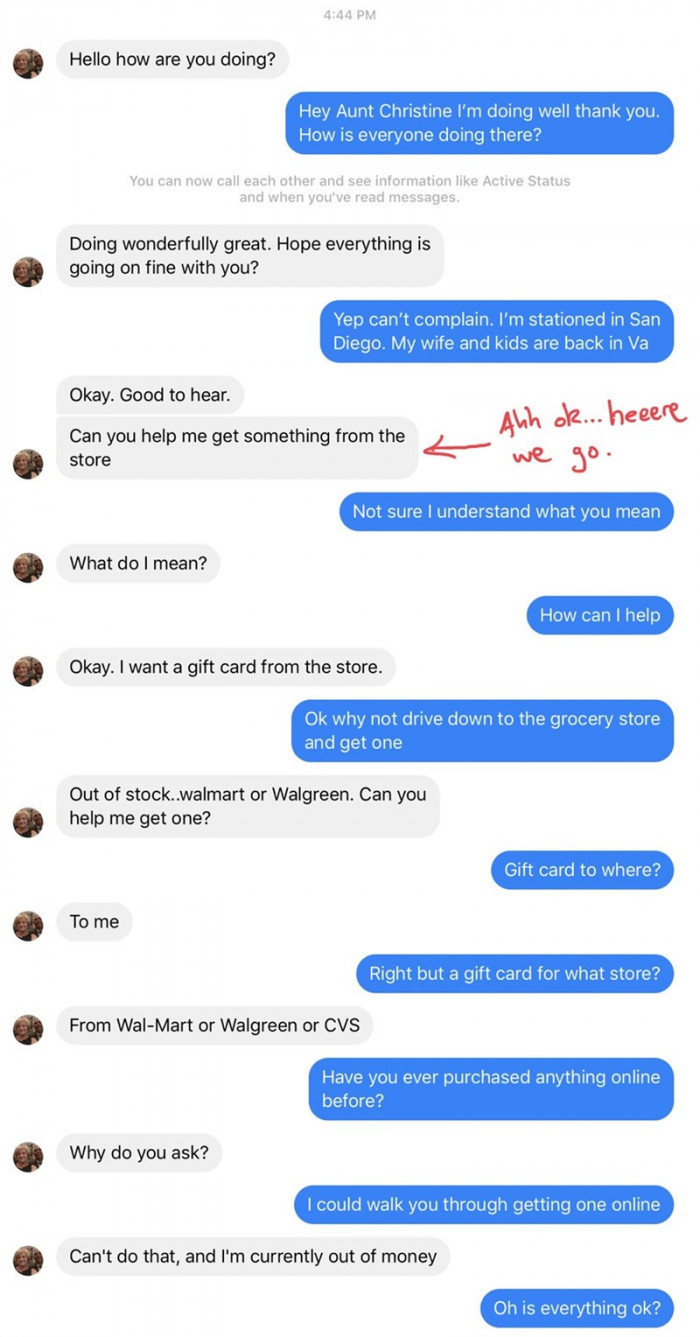 Sussing out the situation with the scammer. 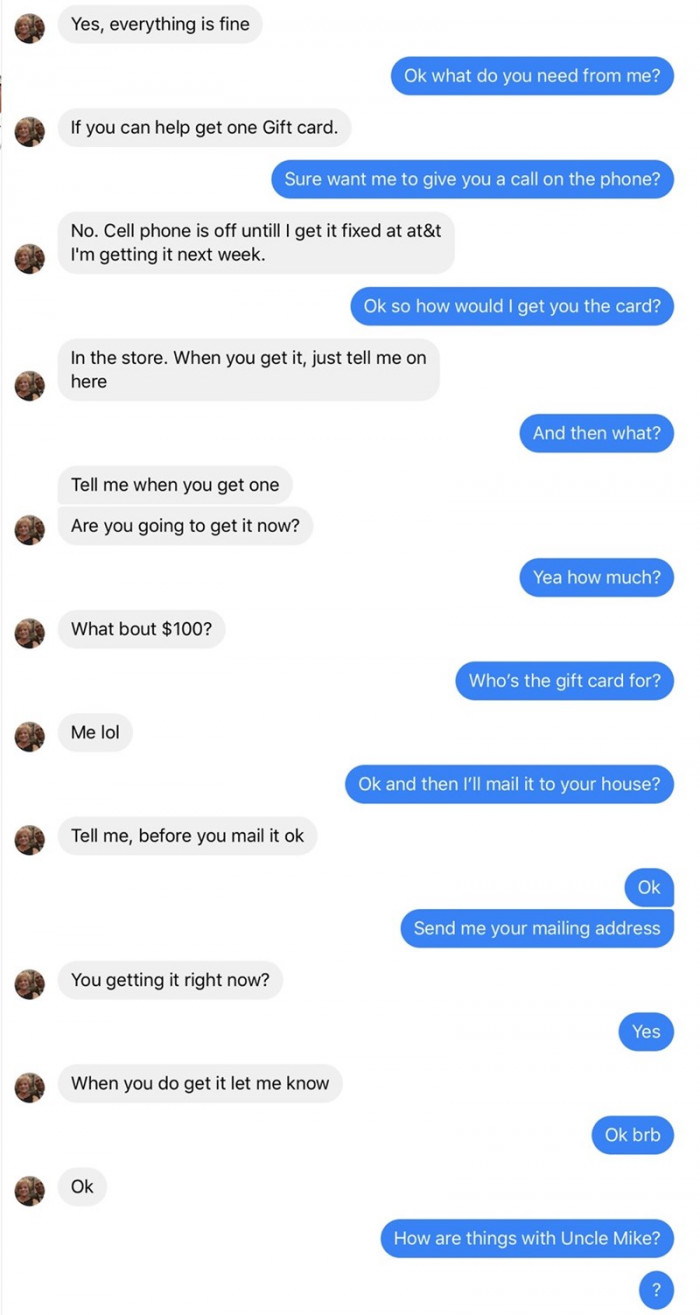 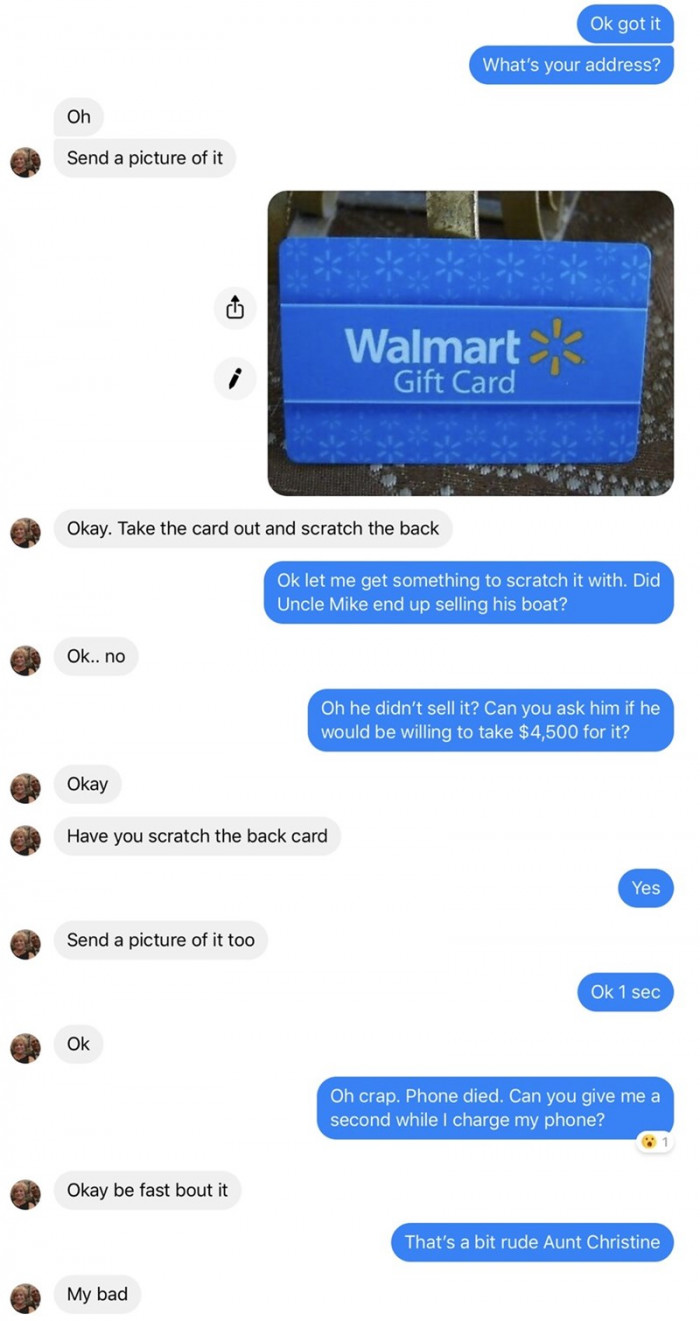 Can’t see it too well 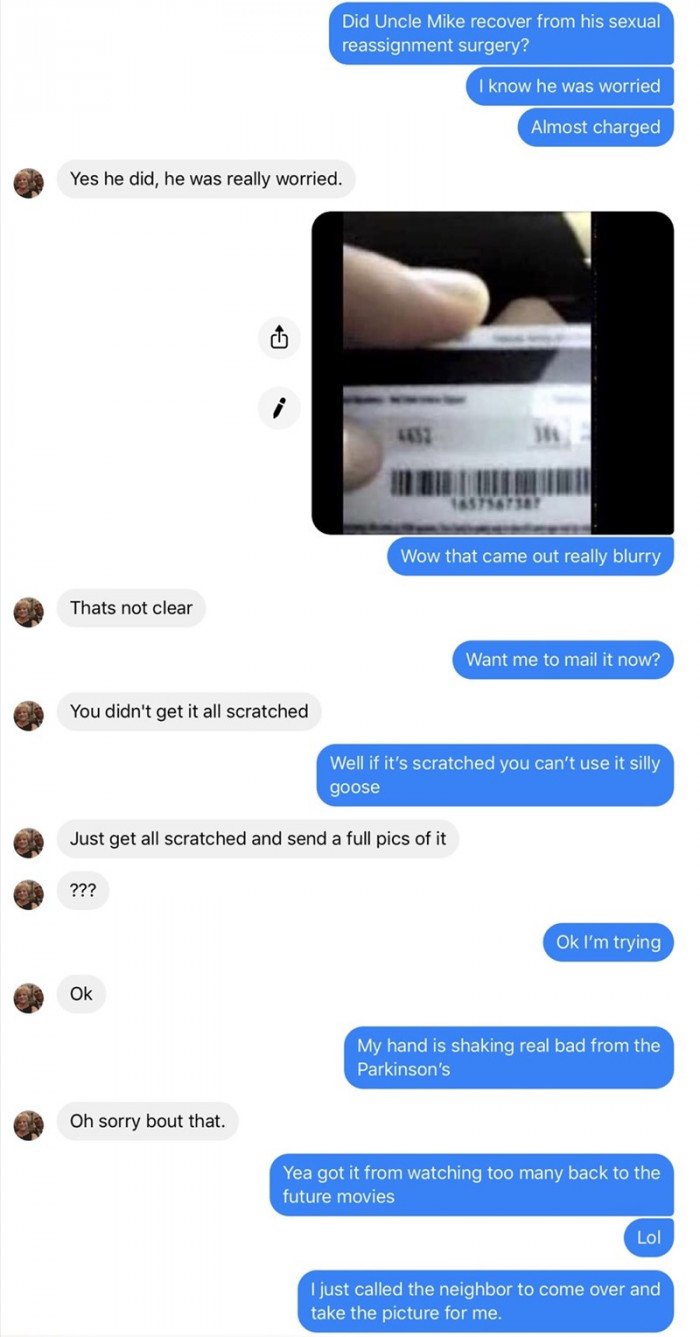 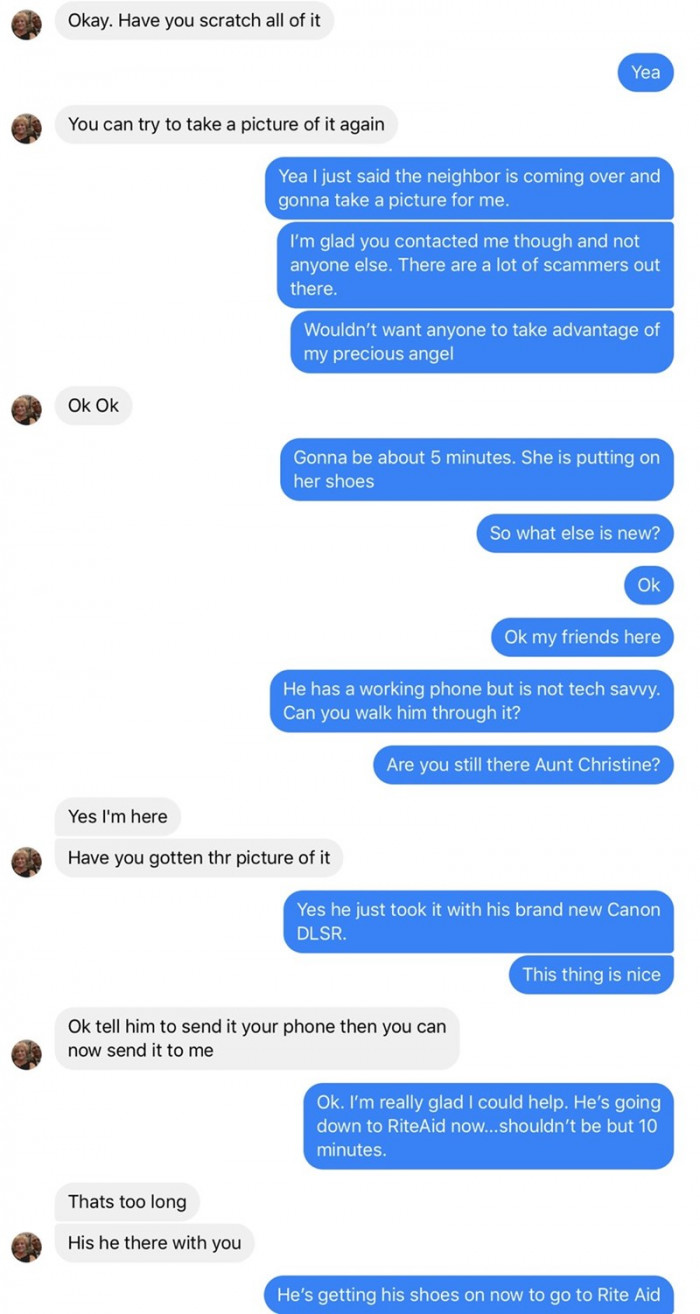 The film needs to develop 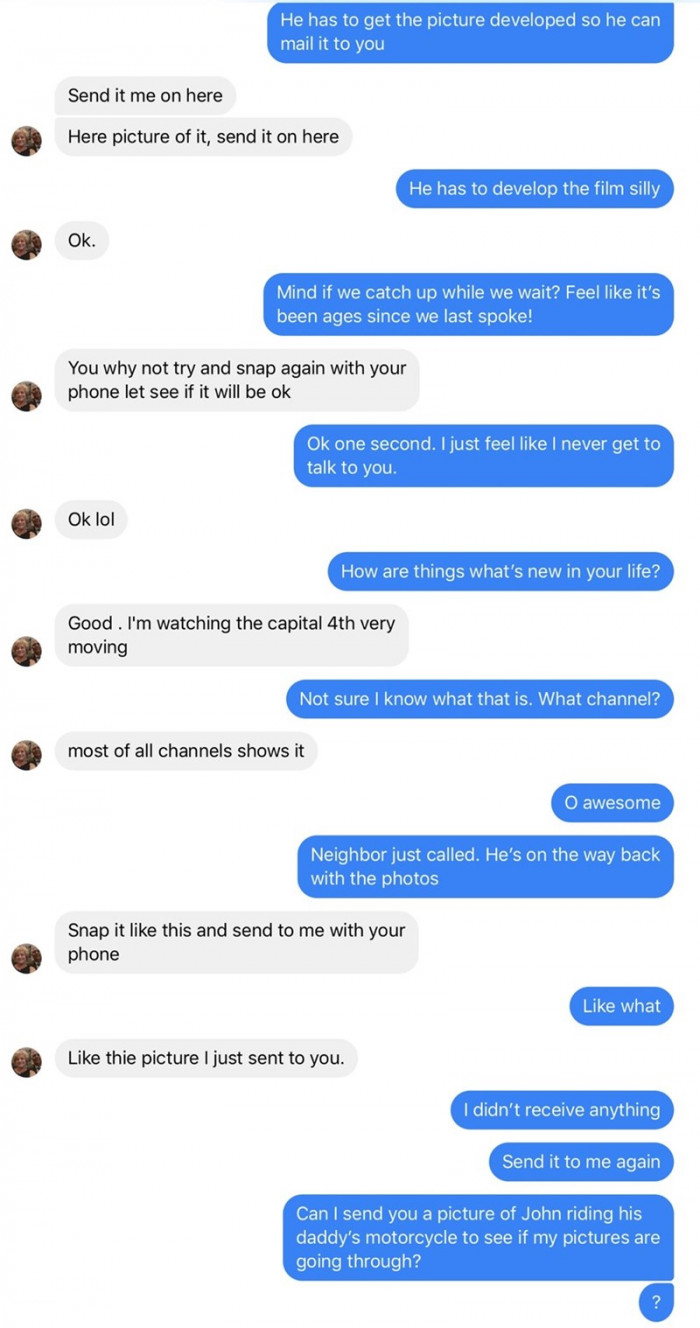 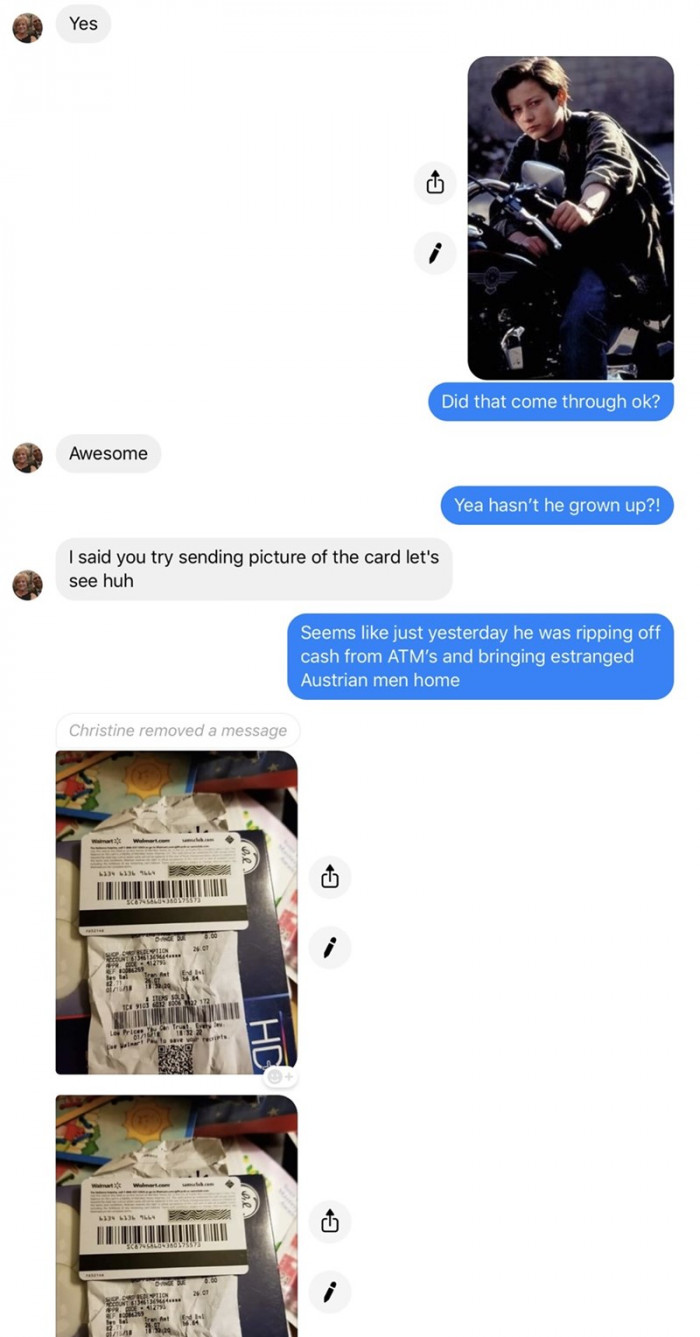 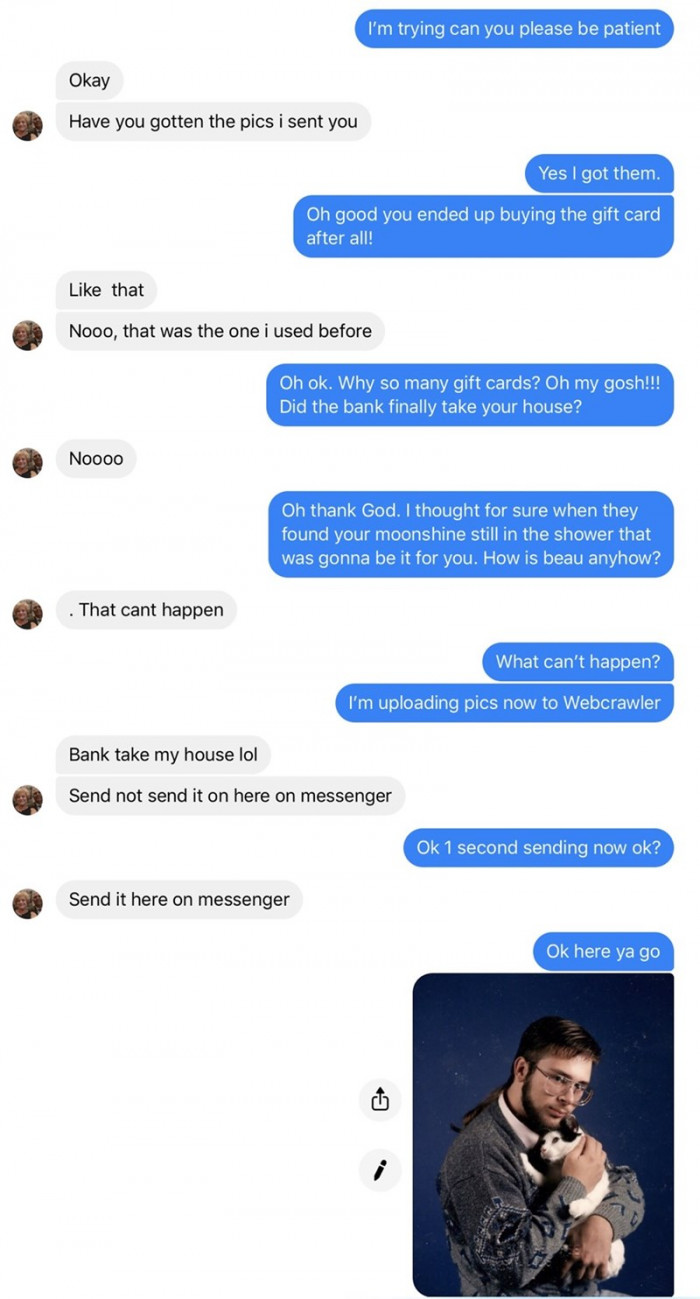 Let’s catch up over coffee 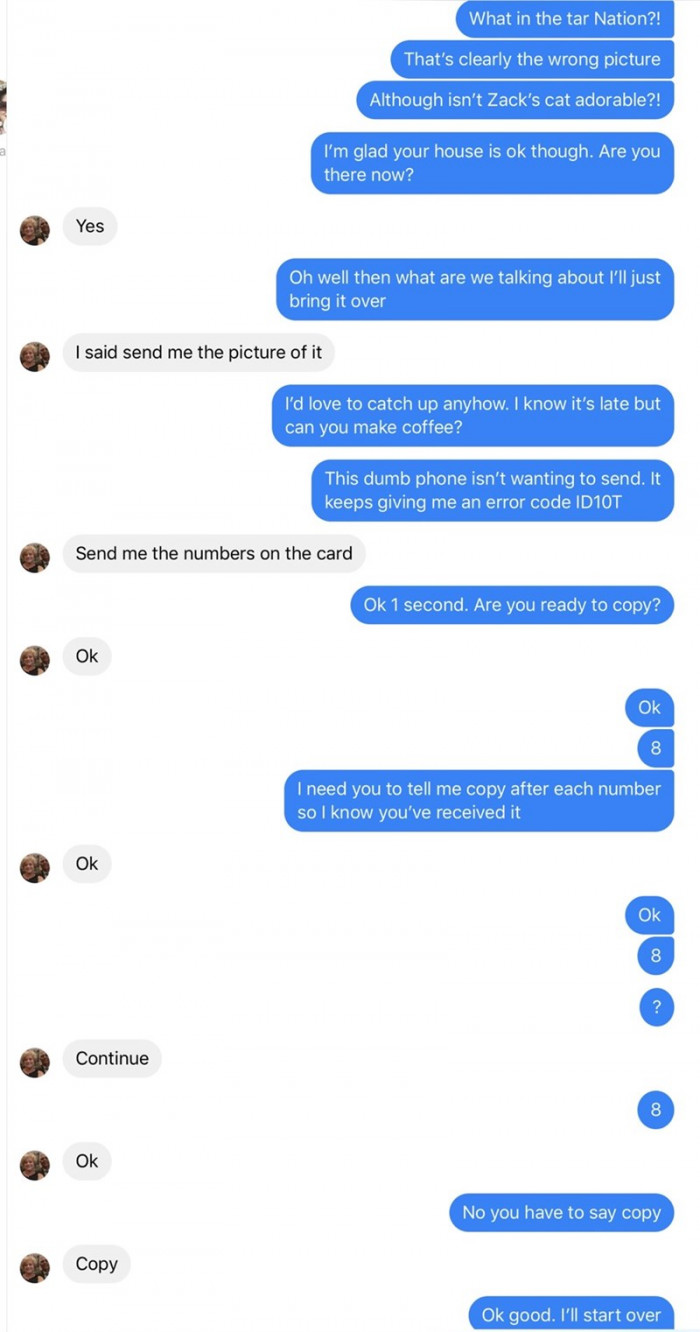 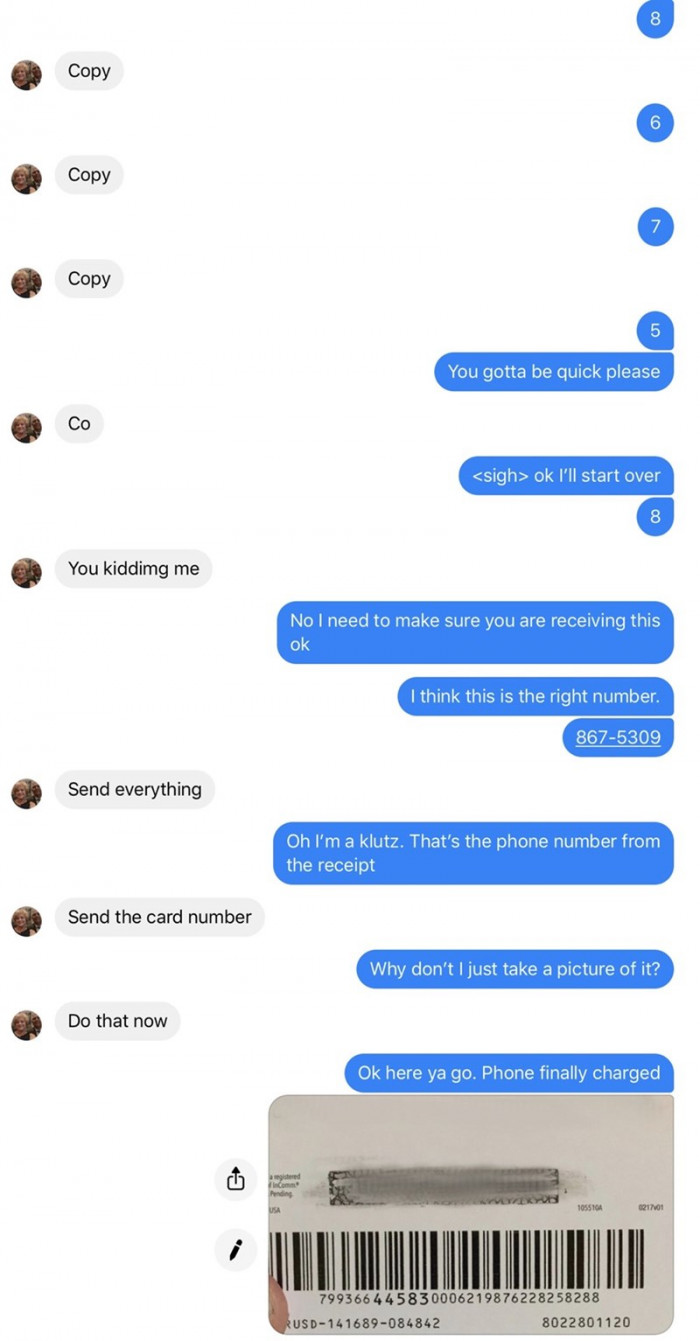 Making sure you get the full number in shot. 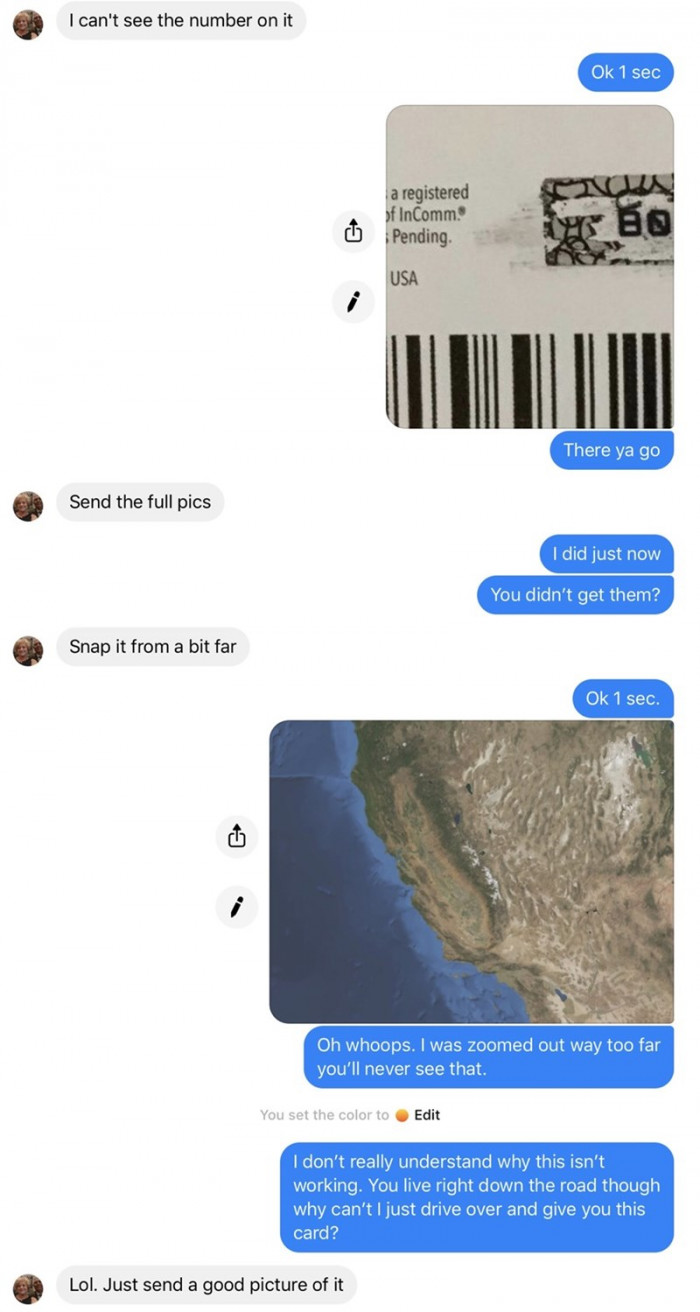 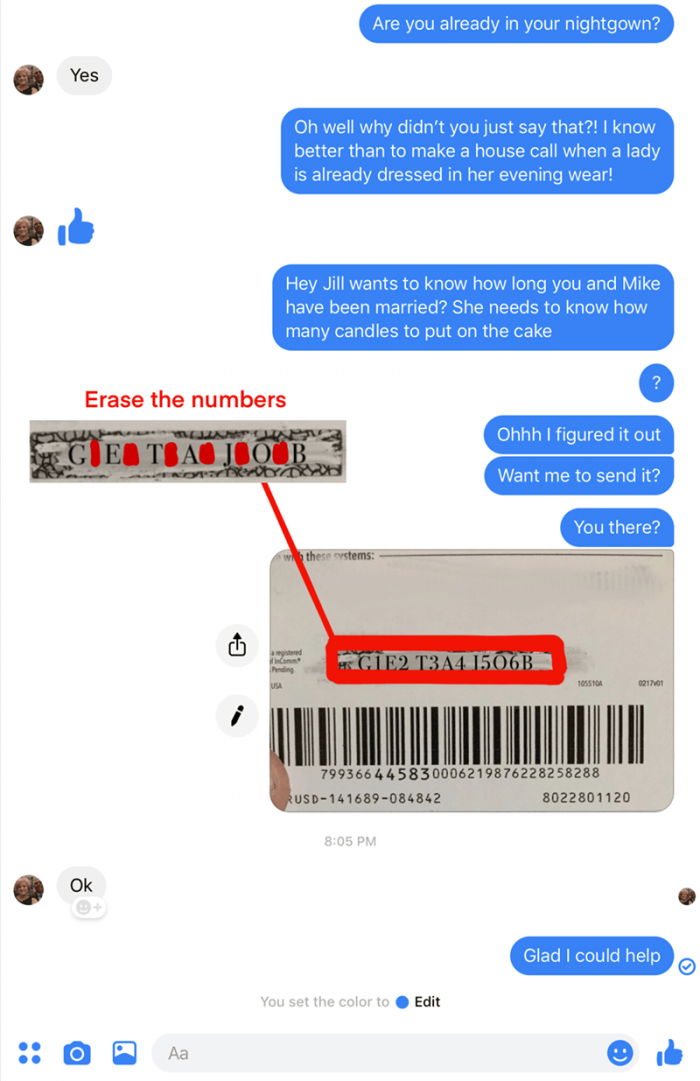 What do you think?

What do you think of this tactic to deal with scammers? What would you do?