30 Pics That Creep People With Trypophobia Out

In case you are wondering, trypophobia is fear or disgust of closely placed holes, patterns, and bumps. This fear may seem irrational to many, but not to people who have any kind of phobia.

Take the fear of heights, for instance. You are on a balcony of a very high building. Even though you are in safe surroundings, protected by a tall fence and tons of concrete, you will hesitate to look over the wall. Again, that might seem irrational to people around you, but it makes perfect sense to you.

Well, trypophobia makes perfect sense for people suffering from it. It is one of many phobias that are rarely mentioned but very real.

There is an entire subreddit, r/trypophobia, committed to “the most common phobia you’ve never heard of,” and we’re showcasing some of the best pics. Looking at these photos, we can even understand them – some of them make even us uneasy.

Maybe because we watched too many horror movies, and some images remind us of some gruesome scenes. No matter what the reason is, some of these shapes look pretty bizarre, even to people not suffering from this phobia. Take a look, and see for yourself...

1. "I Opened A Beer Yesterday To Find The Bubbles All Neatly Lined Up" 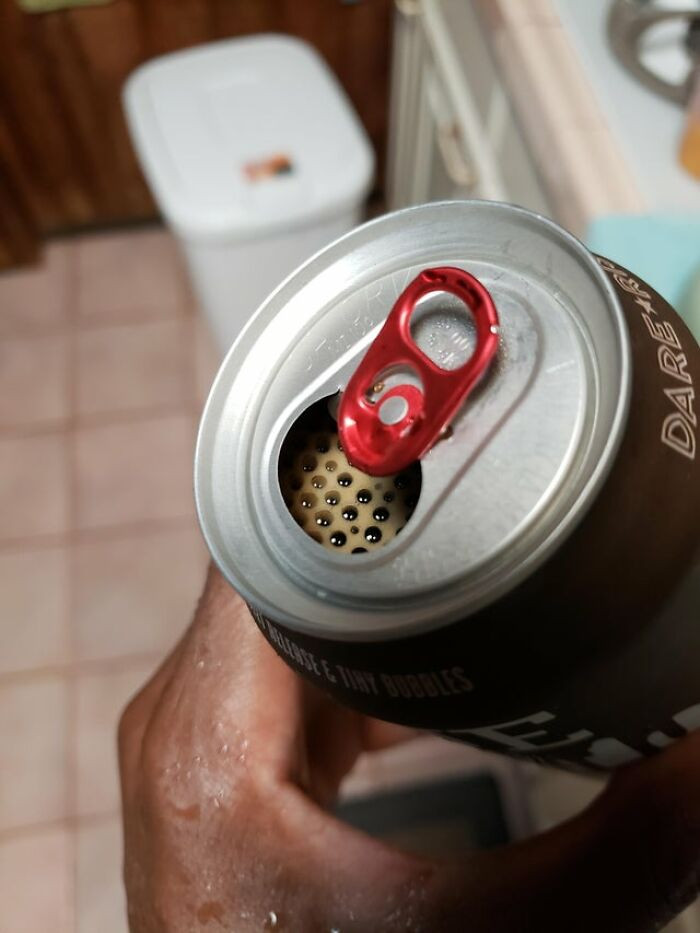 2. "I Ate Too Many Sour Candies, And My Tongue Decided To Shed A Layer" 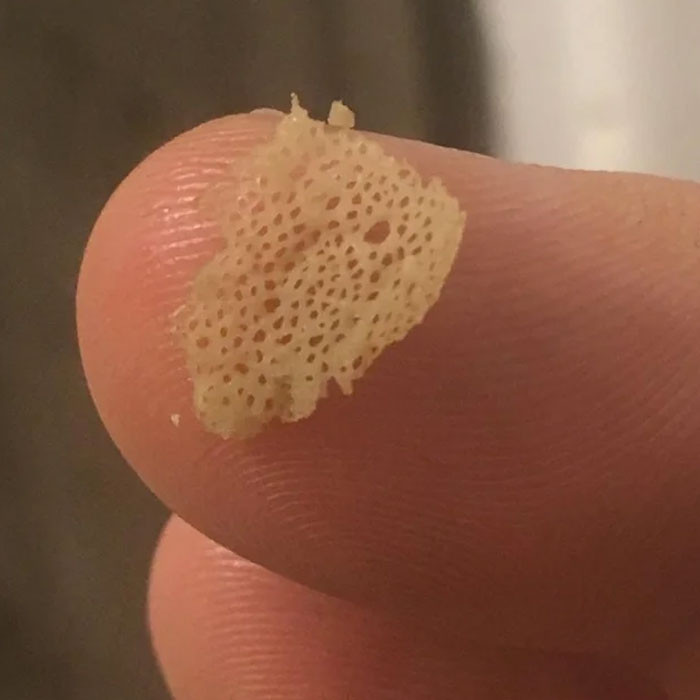 3. "The Beekeeper Forgot To Put The Frame In His Hive, So The Bees Just Freestyled, Building A Structure That Would Best Handle Temperature And Ventilation" 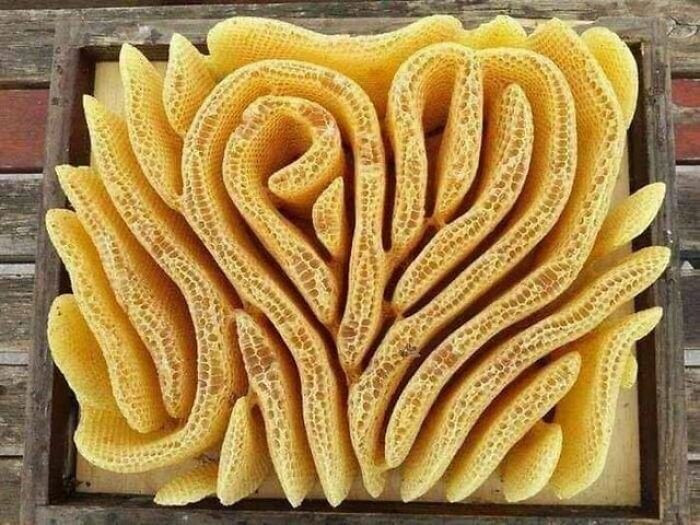 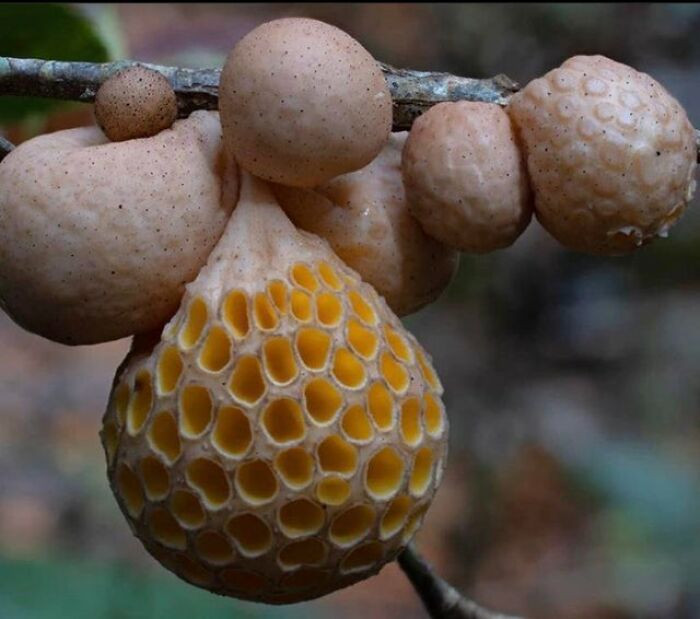 Nuno Albuquerque, the Head of Treatment at the UK Addiction Treatment Group, says:

“Phobias are among the most common anxiety disorders and are often developed following a negative or traumatic experience or, in some cases, from learned or copied behavior from parents or those close to them.

“If parents or people of influence have anxiety about dogs, for example, then it is more than likely a child growing up with them will also develop the same irrational reaction around dogs.

Unfortunately, genetics and learned behavior can trickle into the development of other behaviors and disorders, such as substance misuse, eating disorders, or unhealthy relationships with food, as well as gaming and gambling.”

5. "Extreme Close Up Of Pin Feathers On Pigeon" 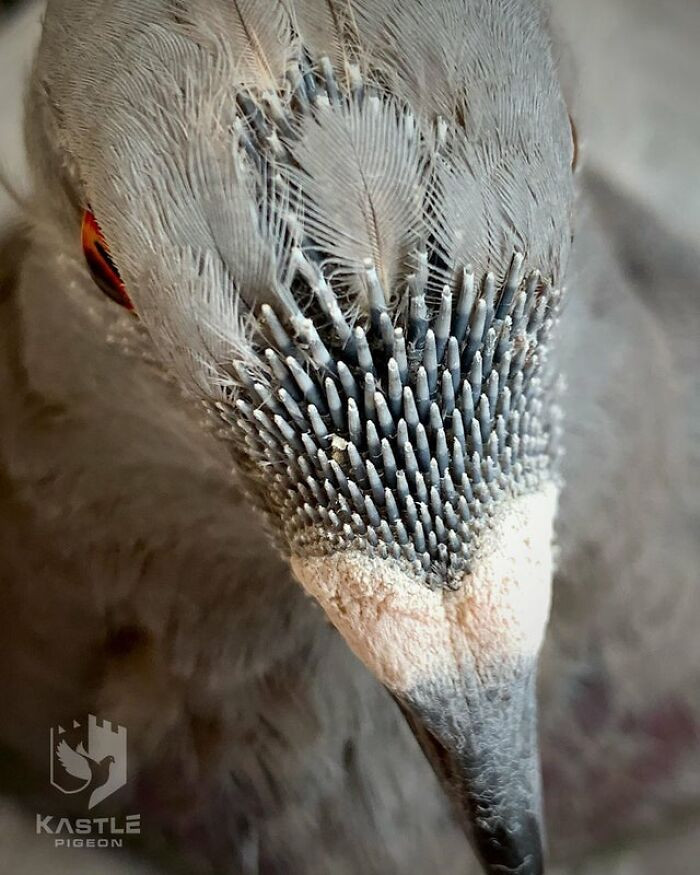 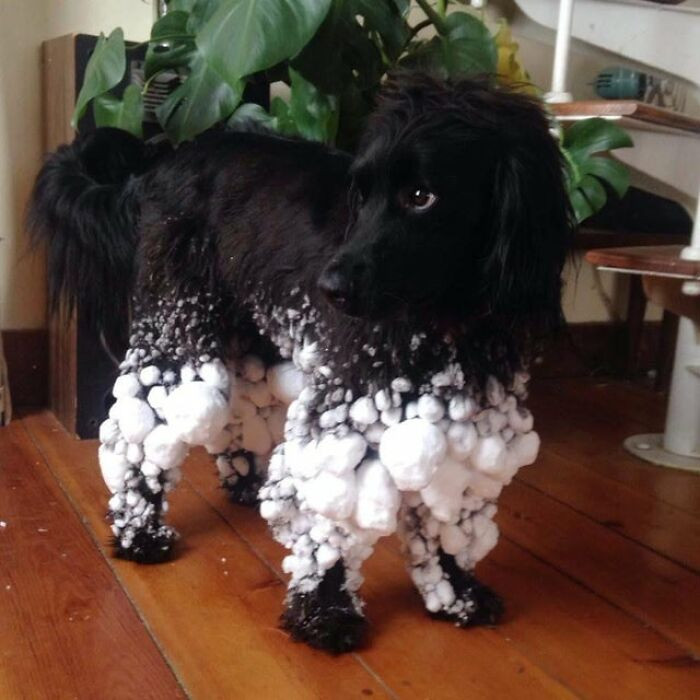 7. "This Tomb Ceiling In Iran" 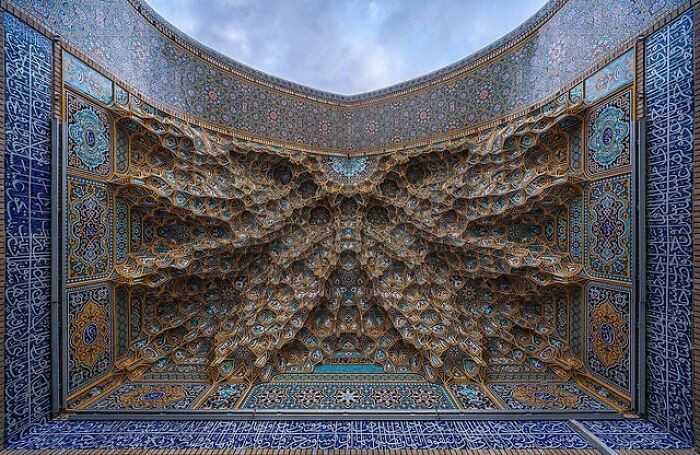 8. "Wasps Building A Nest In Pyrex" 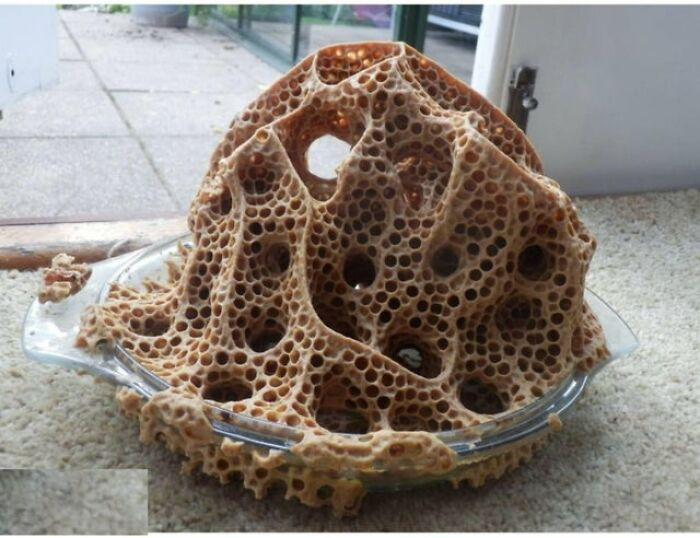 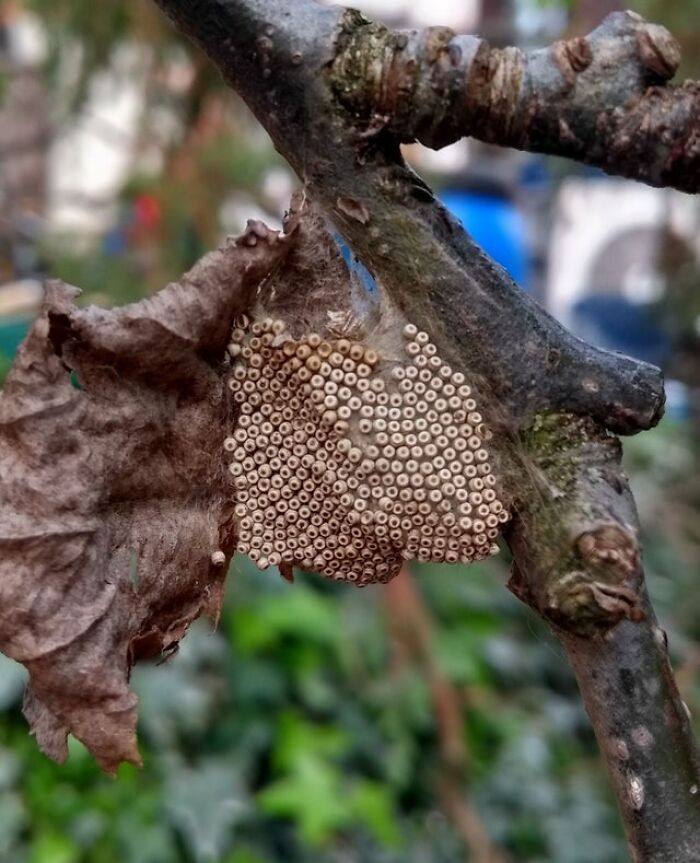 10. "South Shore Vet Clinic: "This Tick Has Been Hanging Around For Us To Show People For A While. After Months In A Sealed Container With No Additional Feeding She Laid Eggs. This Gives You An Idea Of How Long A Tick Can Be Dormant And How Many Eggs One Female Can Lay."" 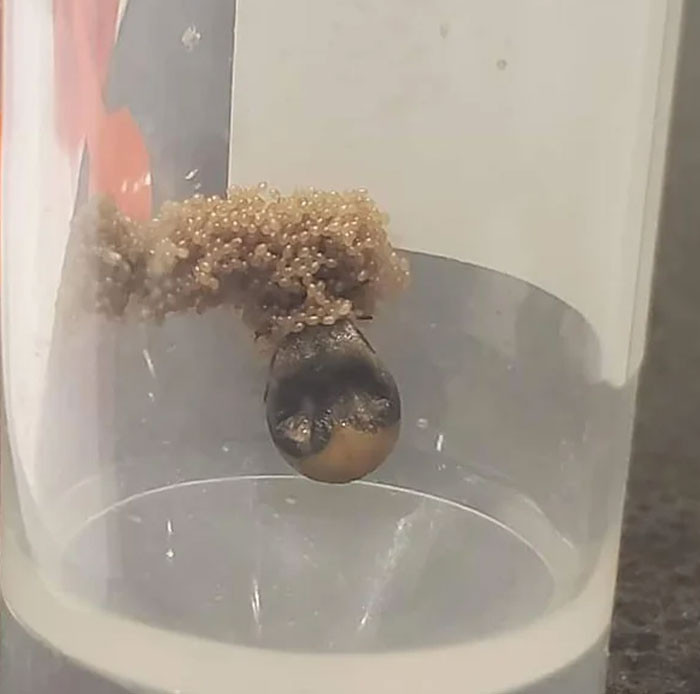 11. "This Wrinkly Mold I Found Growing In A Bowl Outside" 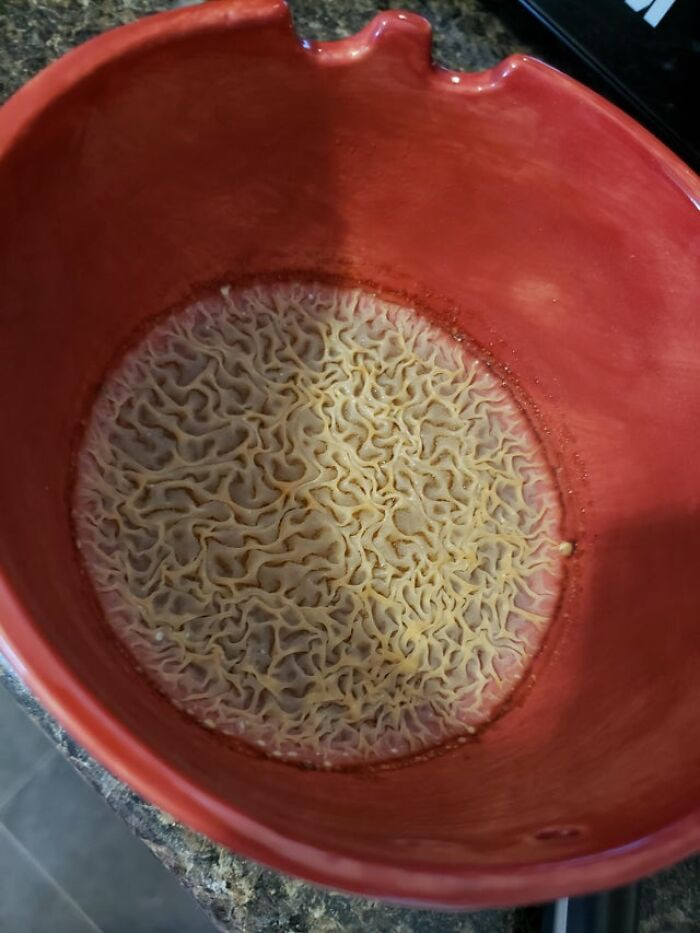 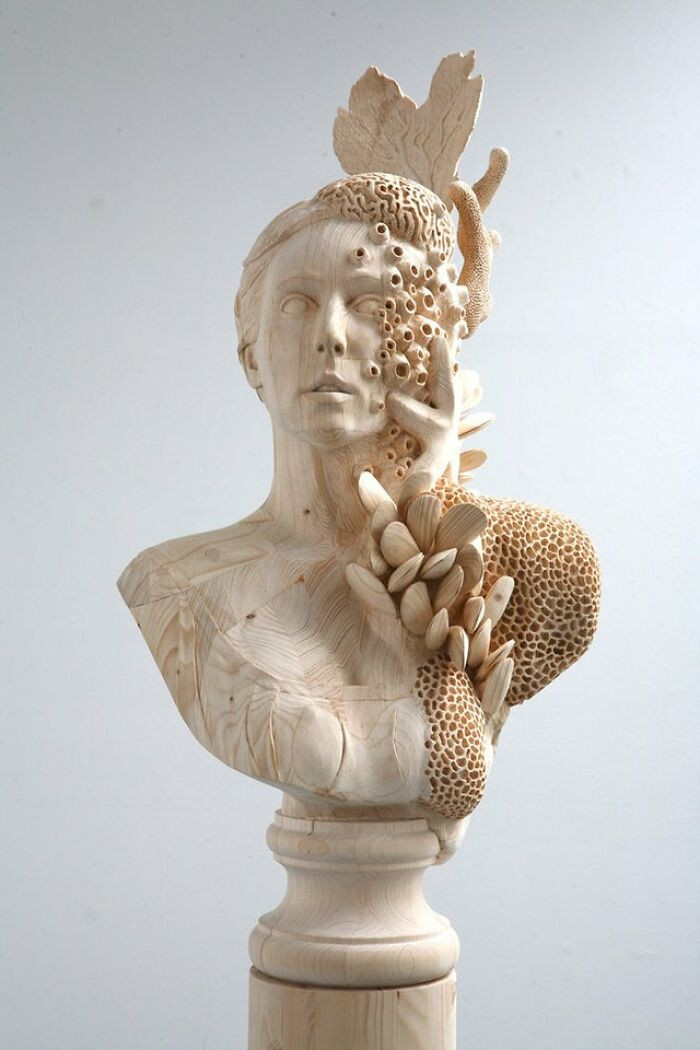 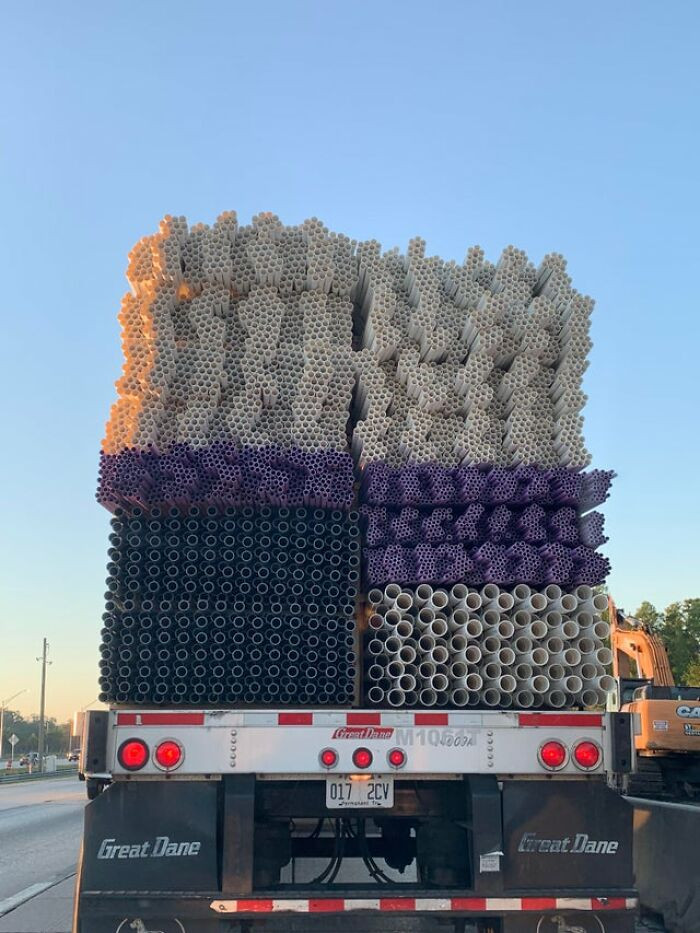 Overcoming phobias is generally challenging. But, with the right approach, it is doable.

"Regardless of how a phobia originates, overcoming them can be difficult but is possible. It's important to recognize if more than one person is suffering and encourage all to participate. Gradual desensitization or self-exposure to the cause is encouraged," Nuno says.

"A more complex and long-term phobia may need similar treatment given to someone with an anxiety disorder or mental health illness; counseling, cognitive behavioral therapy, dialectical behavior therapy or psychotherapy are all good options to explore."

14. "Beans Left In The Microwave For A While" 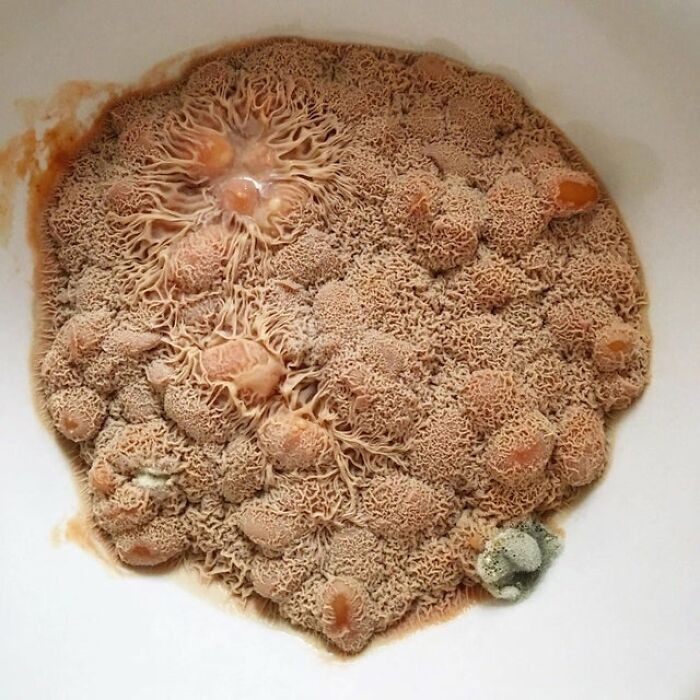 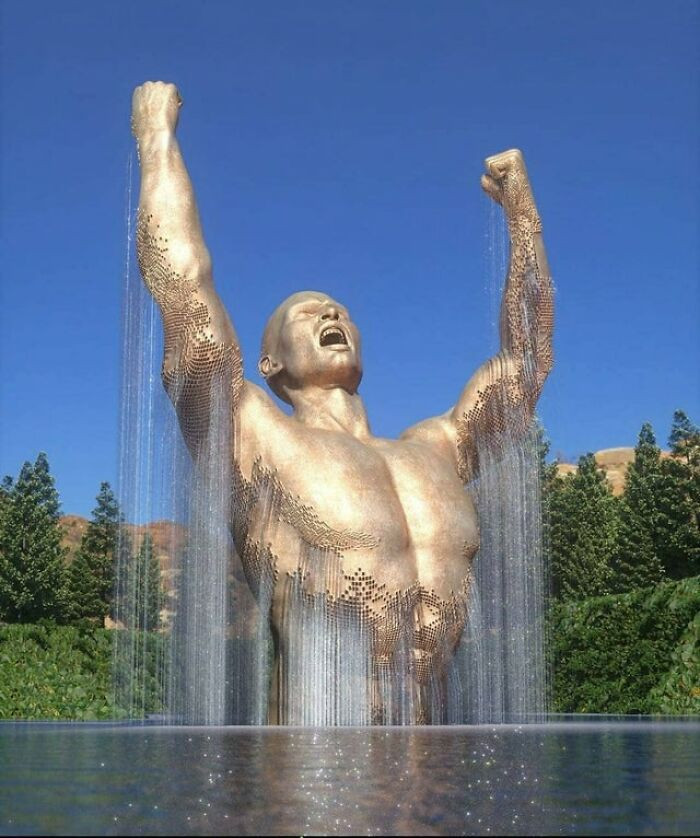 16. "Barnacle Croc Found On The Beach" 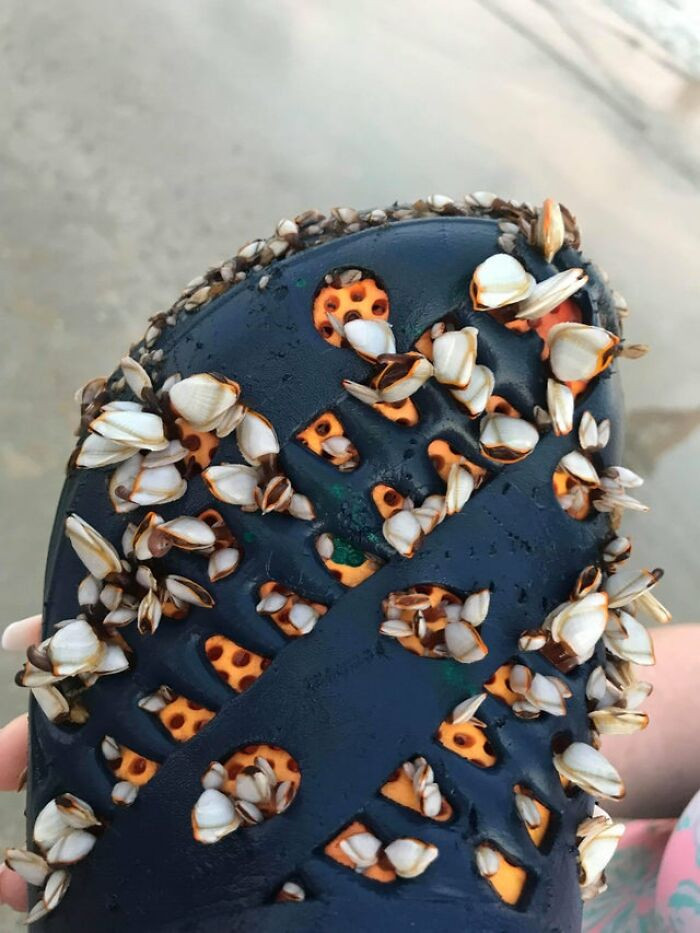 17. A pipe full of barnacles 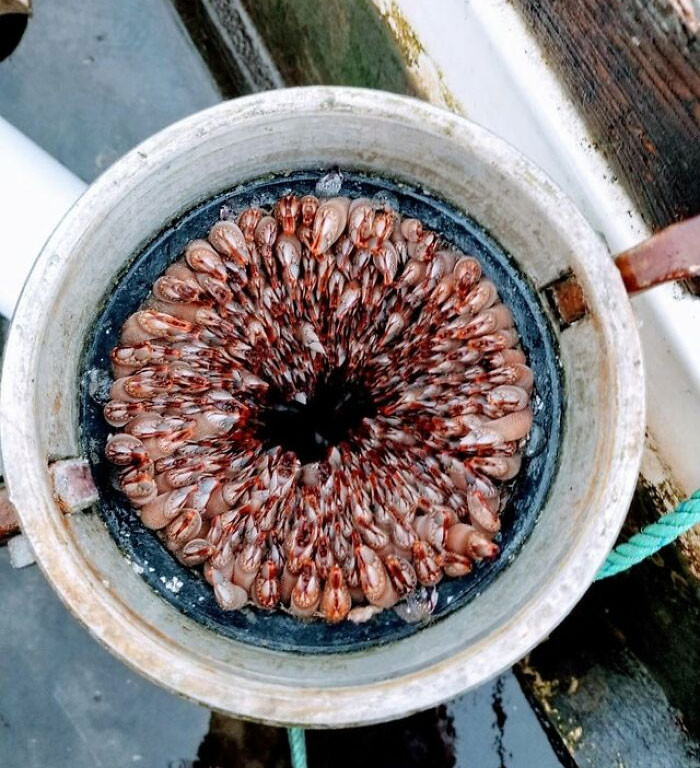 18. "Suriname Toads Give Birth Out Of Their Back" 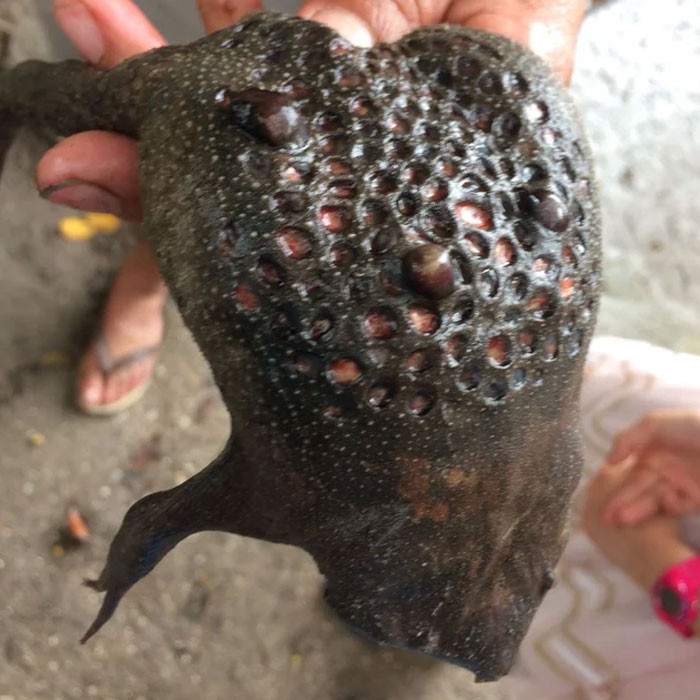 19. "A Skull Being Enveloped By Limestone" 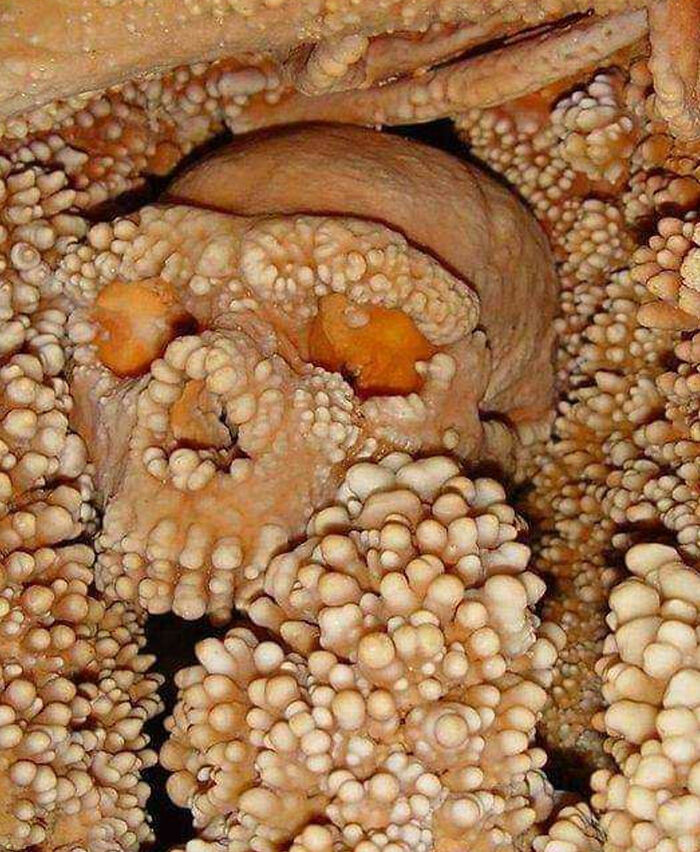 20. "My 4yo Daughter's Artwork. Those Red Circles Are "The Holes Where His Hair Comes Out." 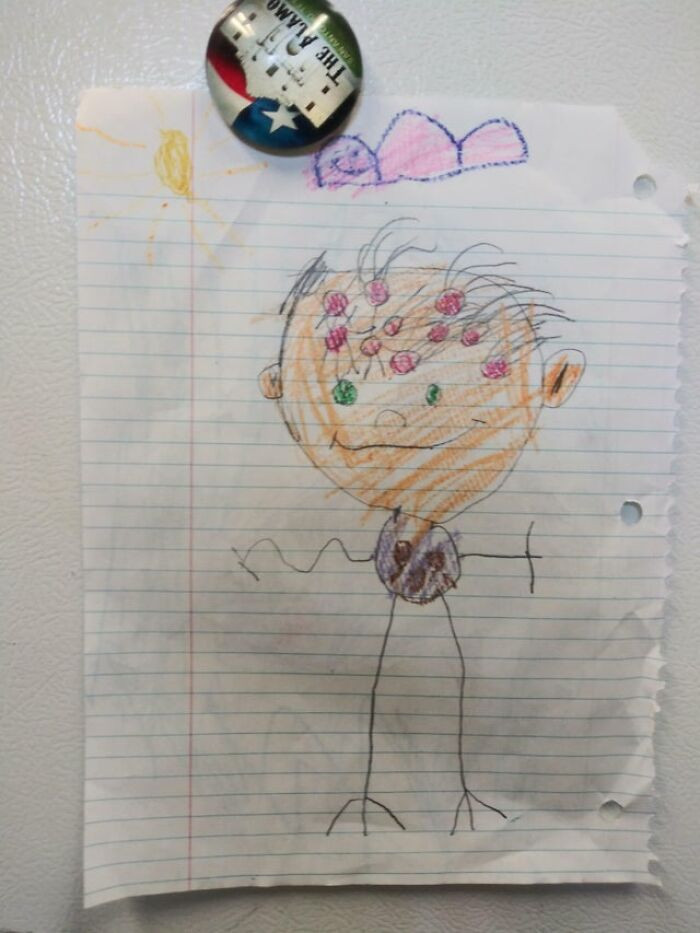 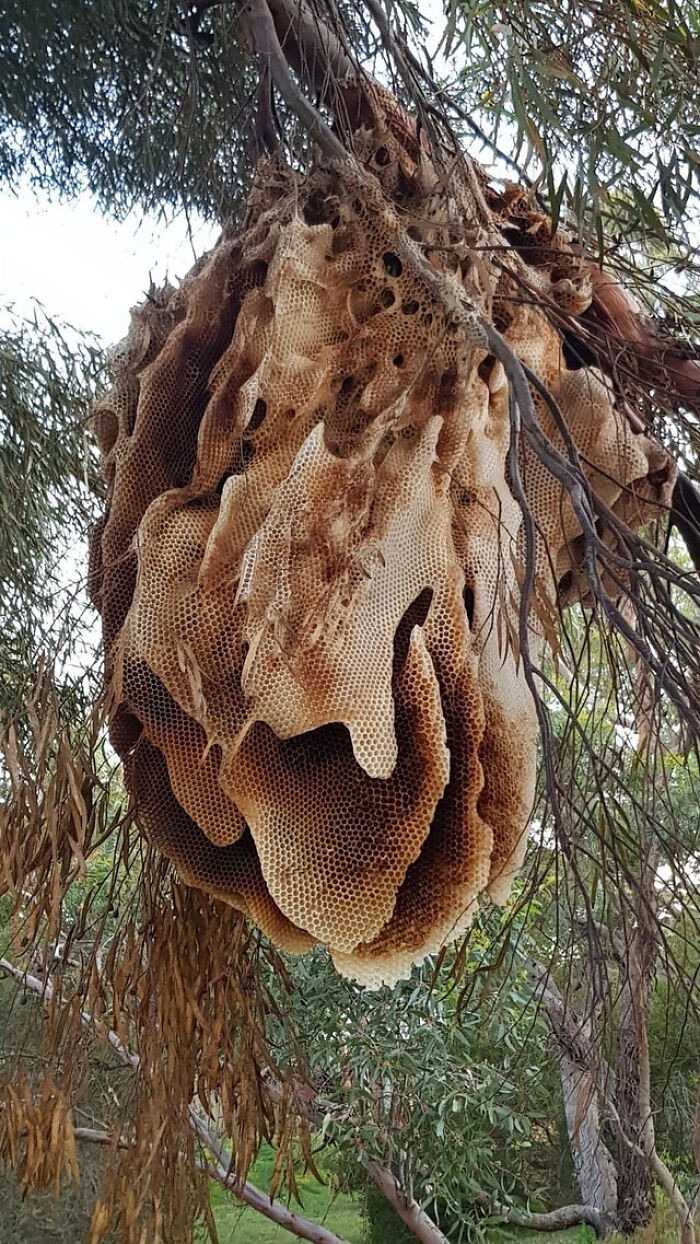 22. "A Woodpecker's Acorn Stash In A Granary Tree" 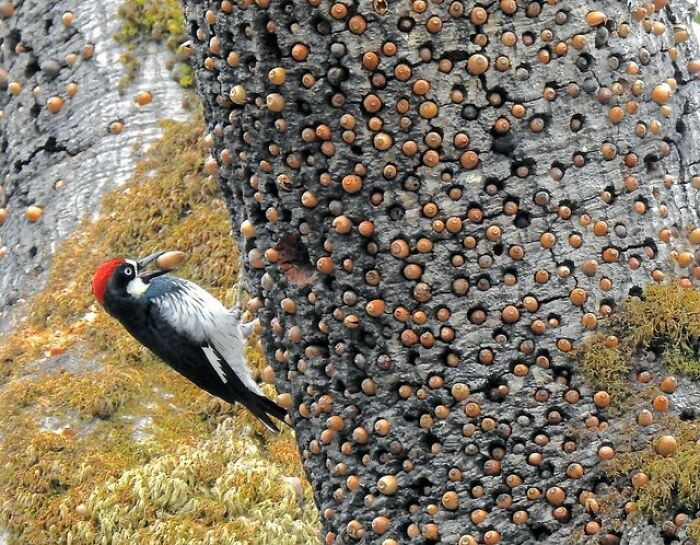 23. "This Bread That Was Served At Dinner" 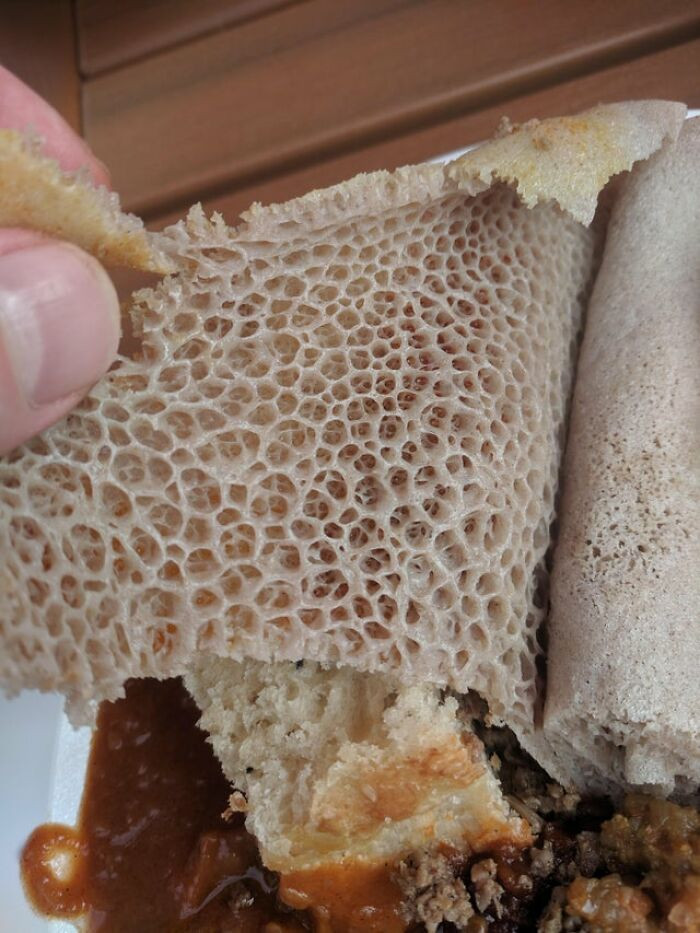 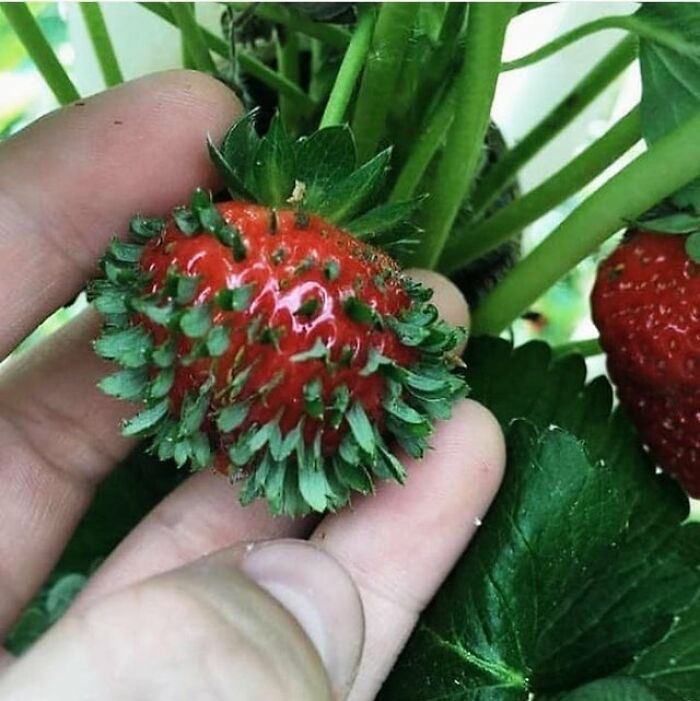 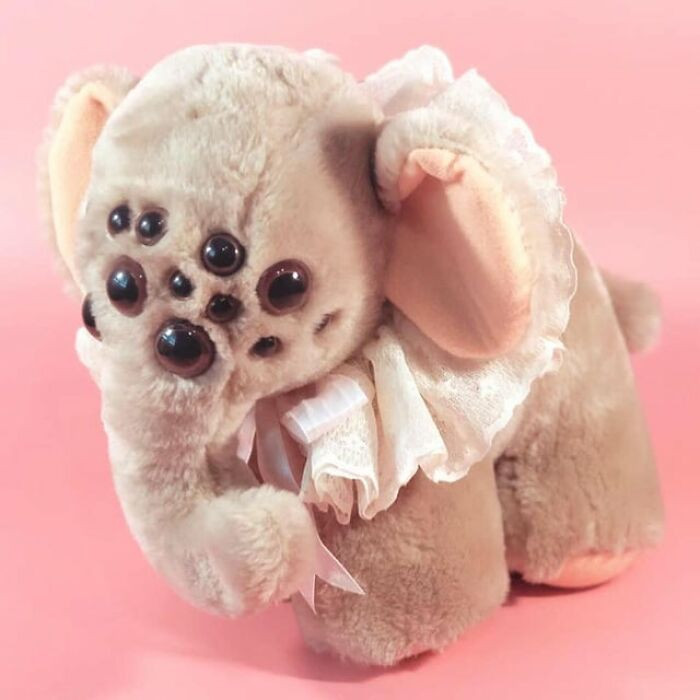 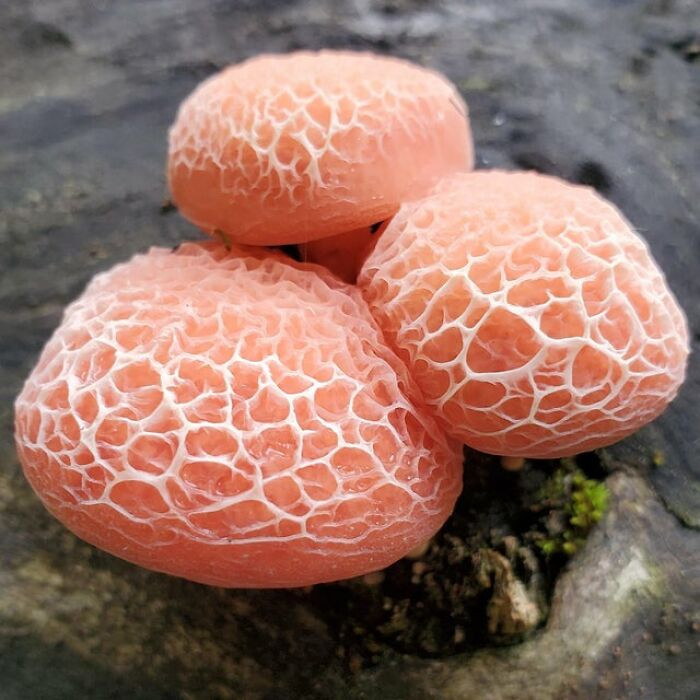 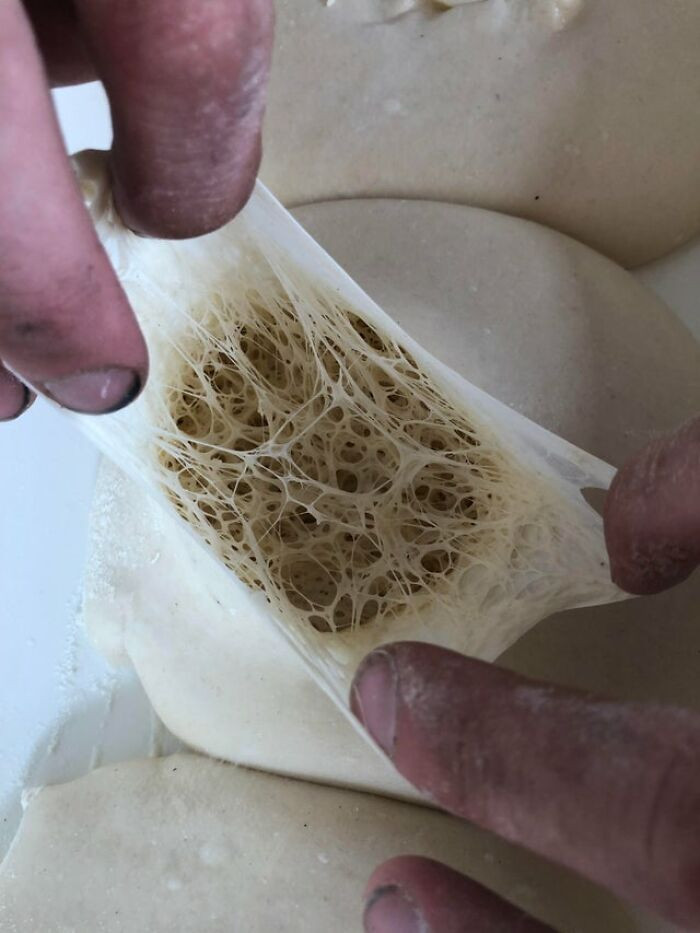 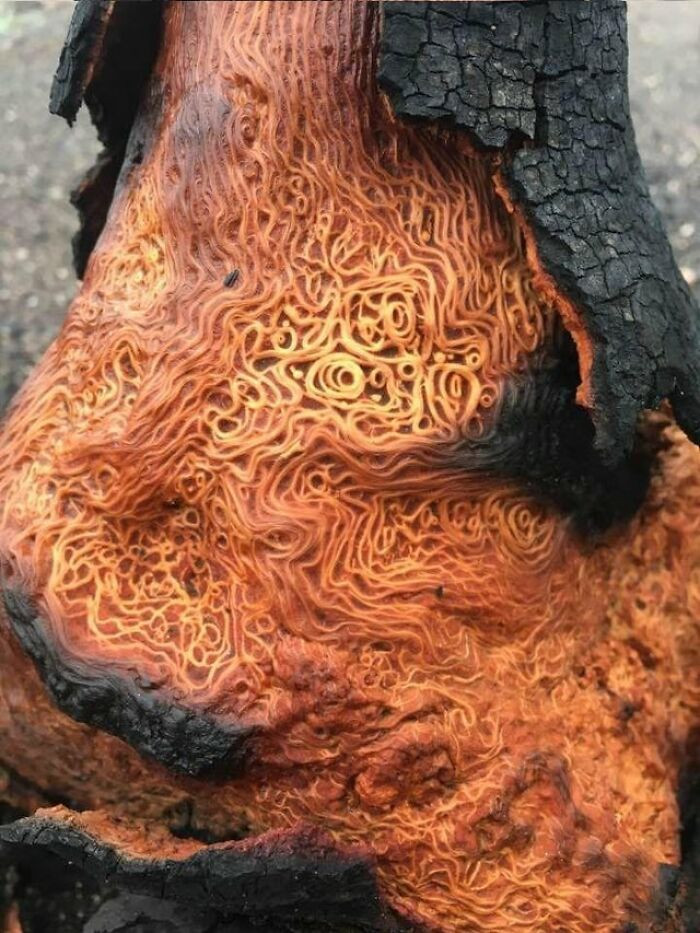 29. "Seashell Piece I Found On The Beach" 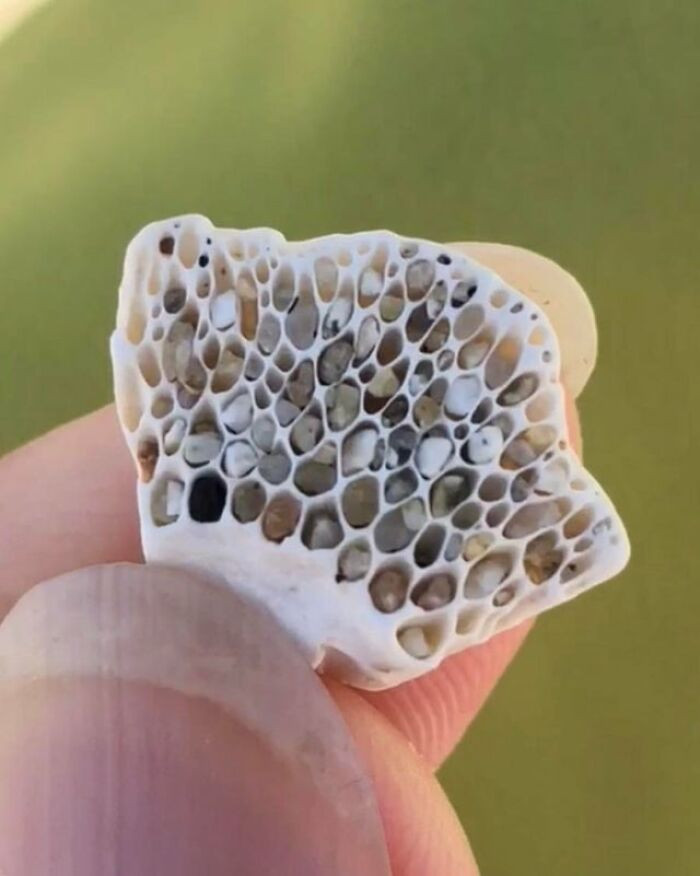 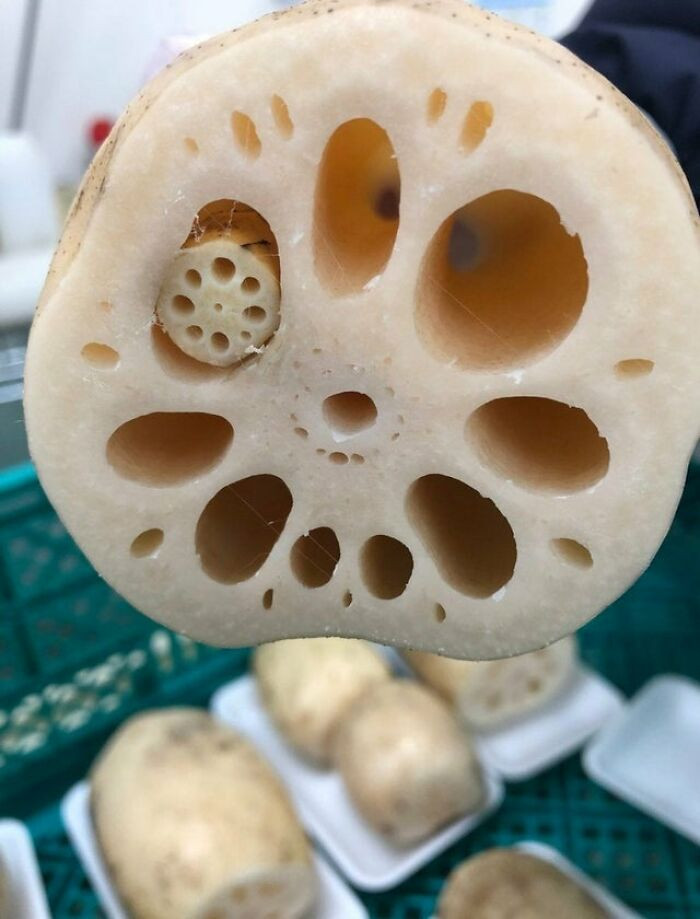 The founder of the r/trypophobia subreddit and one of its moderators, Redditor It_roll, said about this phobia, “It’s still not understood correctly.”

“Some scientists say it has an evolutionary basis to stay away from poisonous or dangerous animals, some even speculate that the patterns are very similar to infectious diseases like smallpox which resulted in developing fear to stay away from them,” they speculated.

Redditor It_roll created the subreddit as a way to unite people who have the phobia but quickly got the notion of how widespread this fear is.

“I always found the hole patterns associated with trypophobia very creepy. Earlier, I didn't even know this fear had a name but soon on Reddit, I found many other users sharing the same fear like I had and came to know it was very common. So, I decided to create a sub where all of us users with the same fear can talk about it.”

As we mentioned above, even people who don’t have trypophobia find some of these photos very creepy. Do you?