No matter who you are or where you've lived (whether it be with your parents, housemates or even on your own with a land lord) there has always been rules both big and small to that living arrangement.

Some house rules are so reasonable you don't complain nor question it and some are a struggle while you get settled in to a new living space.

The following rules are unreasonable at best and bizarre at worst and with the internet being what it is, you know people let the land owner know their feelings about her house listing in the funniest way.

This all began when a facebook user posted a listing for a room in her house in a local group, Seems pretty reasonable. That is until you review her rules for living in her house. Some of her rules are reasonable (like her rule of no smoking), some are strange but not a horrible ask (like the rule to only do laundry on weekends) and then theres her rules on guests and drinking that truly are a head scratcher to everyone who reads her listing. The further you look into the listing the more concerning it gets. 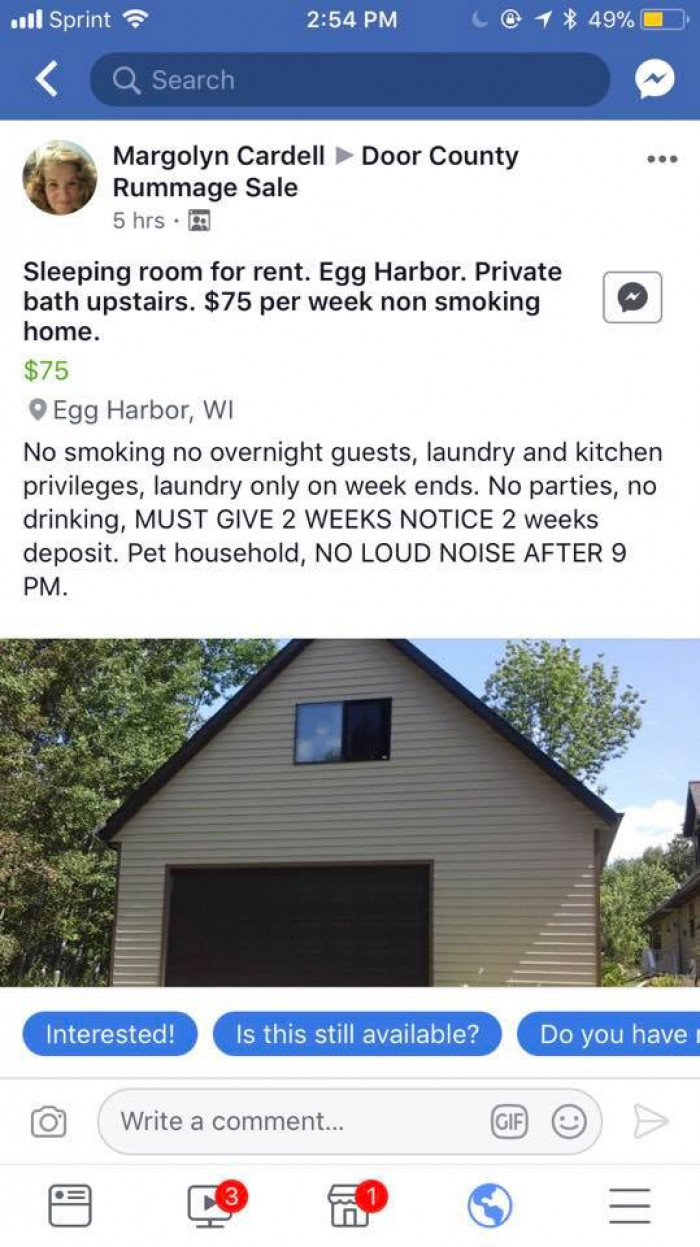 What a shame! It actually looks like a nice house. 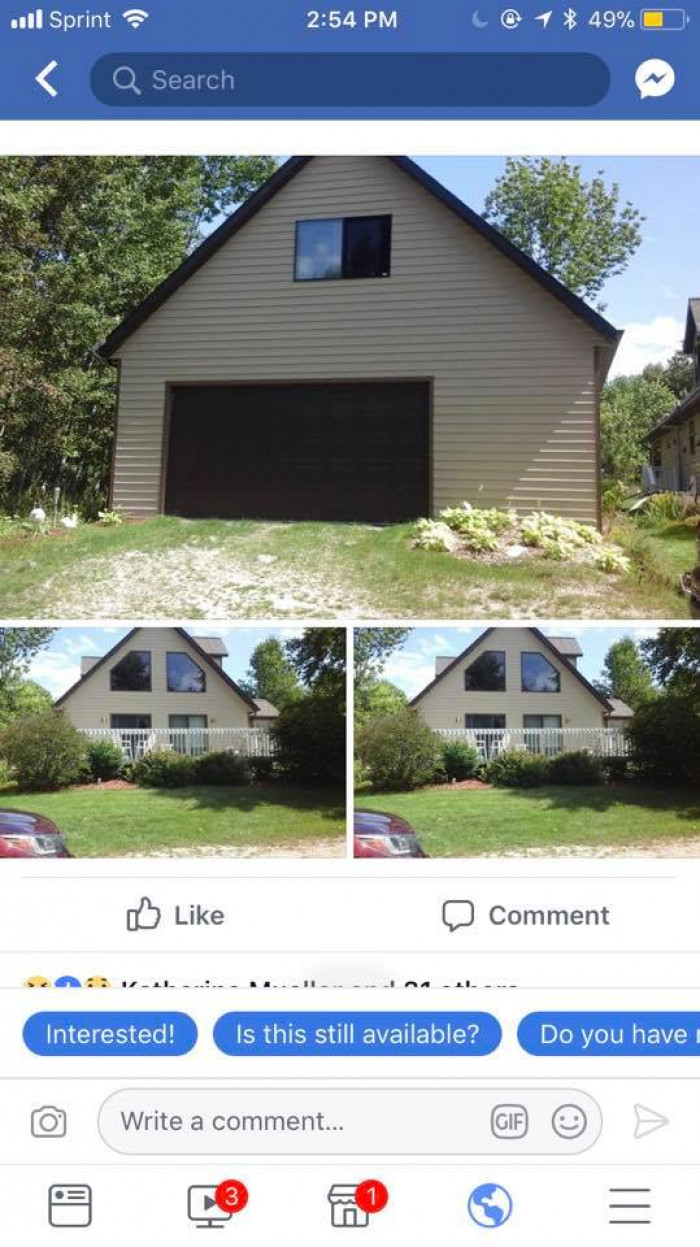 The rules on drinking didn't make sense to many facebook users reading the listing so an initial inquiry was made to clarify the posters rule on drinking. The user that posted the listing confirmed they meant not a single bit of alcohol was to be consumed in the room they would be paying to rent. This is where the the comments section took a turn for the weird as the poster stated that if people didn't like her rules they could "buy a tent". 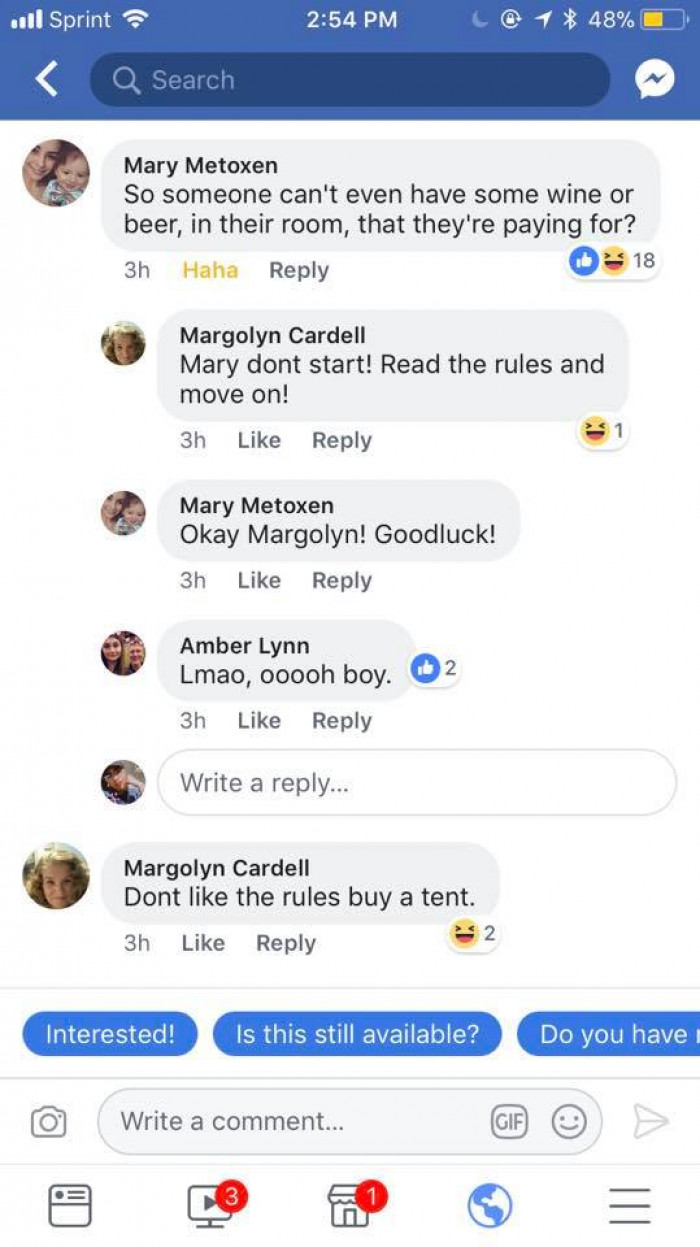 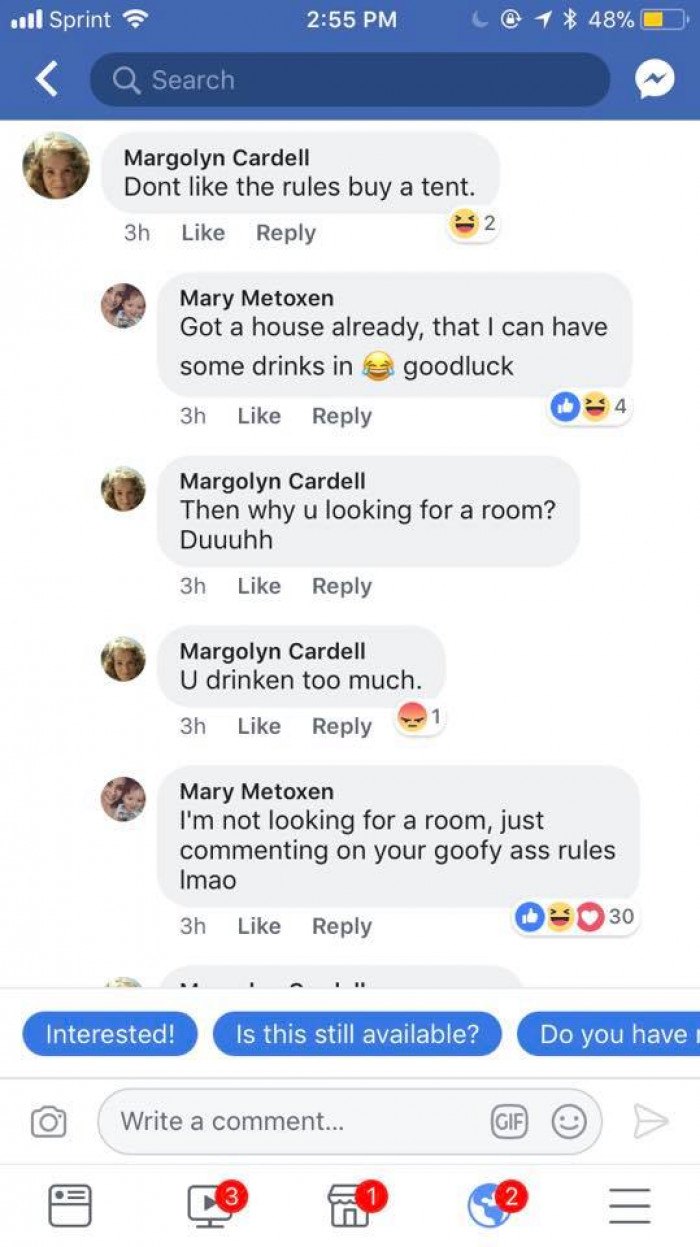 We know what you really mean Jade ;).

At this point other users weighed in to give their opinion on the listing, the rules and the posters unusual remarks. This even included someone who lived in the same neighbourhood as the house that was being listed. 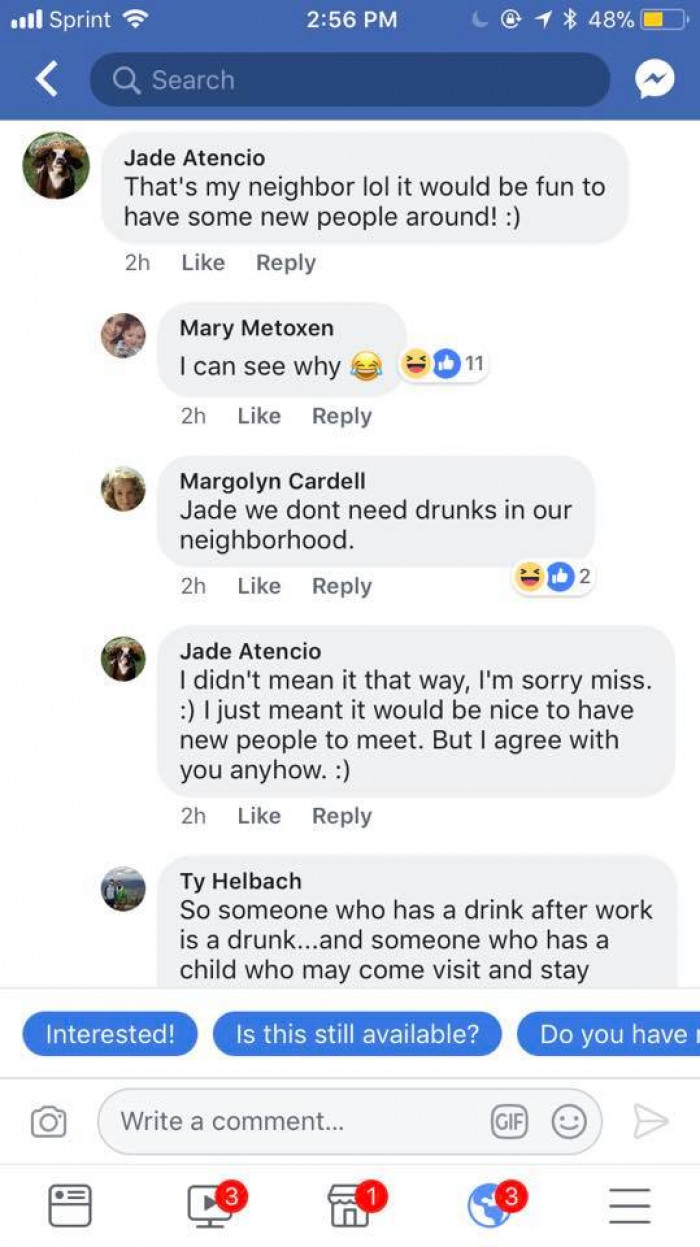 If you had to choose between this house or prison, which would you choose?

More people weighed in on the listing. One user remarked that her rules made it seem like a prison. This is when the poster makes remarks that are unintentional comedy gold. From the woman that brought you "buy a tent" comes remarks like "prison is free and they wear the same pyjamas" and "crayon activities are fun". After the clarifications the poster has given, I agree with one of the commenters, prison does in fact sound better and ironically more freeing. 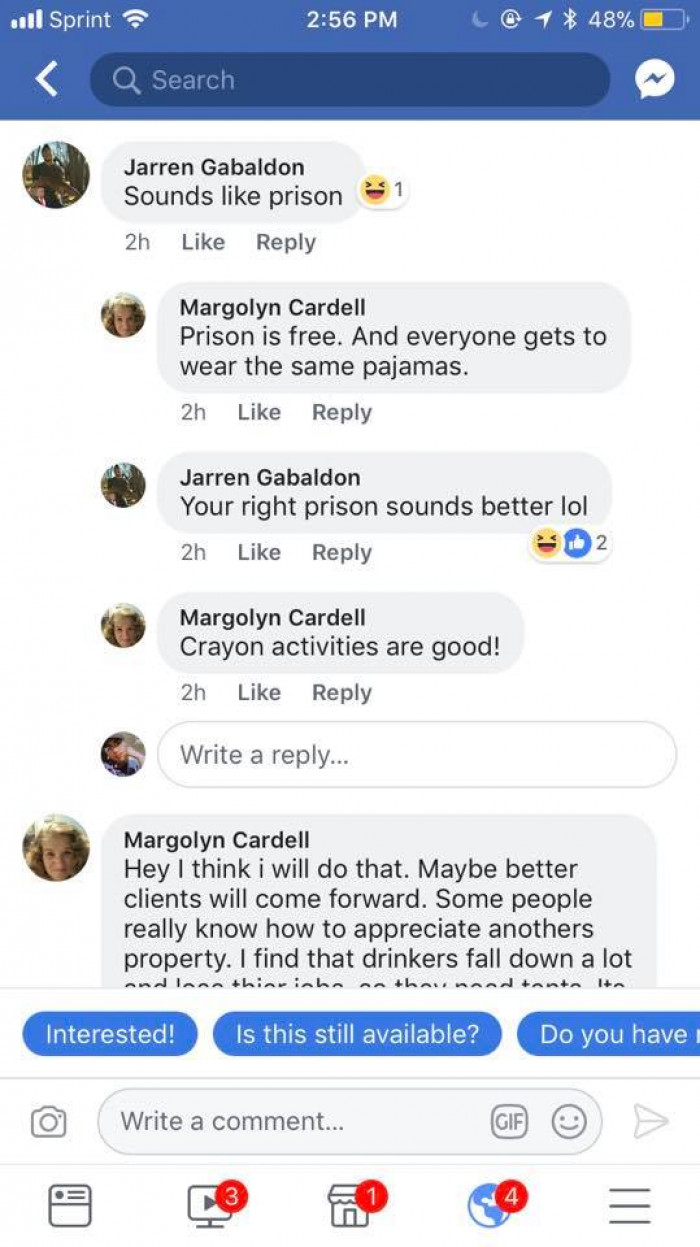 The poster finally fully explains her reasoning for not wanting people to drink in her house. You'd think that after being given a full explanation, the users on facebook would let the poster go in peace despite disagreeing. No, in fact this was the moment the internet hazing and trolling really ramped up. One user commented on how dumb the explanation sounded as it suffered from massive jumps in logic. The user took this remark well as she said her catchphrase about crayons. 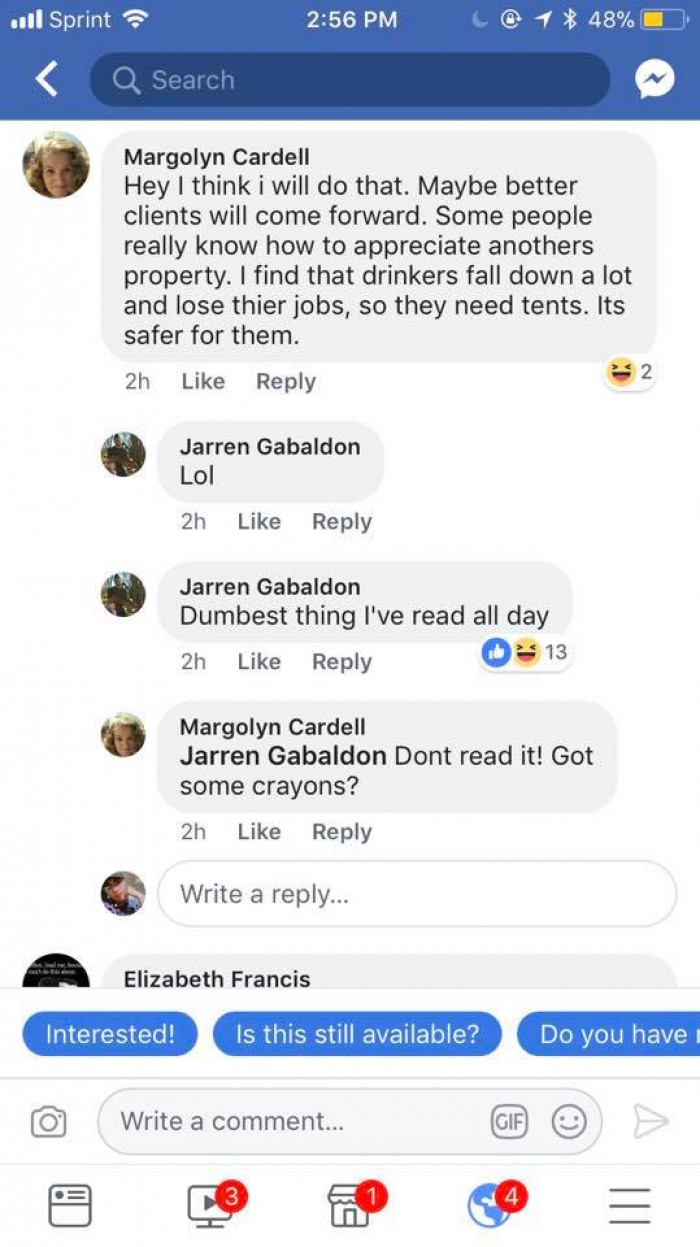 Following the full explanation, further questions were raised about whether the tenant would be able to drink outside the house and then come home. The poster then confirmed that not only would the tenant not be able to drink in the room but they also would not in fact be allowed to drink out and then come into the room. They then reinforced her foolproof suggestion that anyone who was wanting to drink could buy a tent (whilst also jumping to the conclusion that one drink would make someone a drunk). 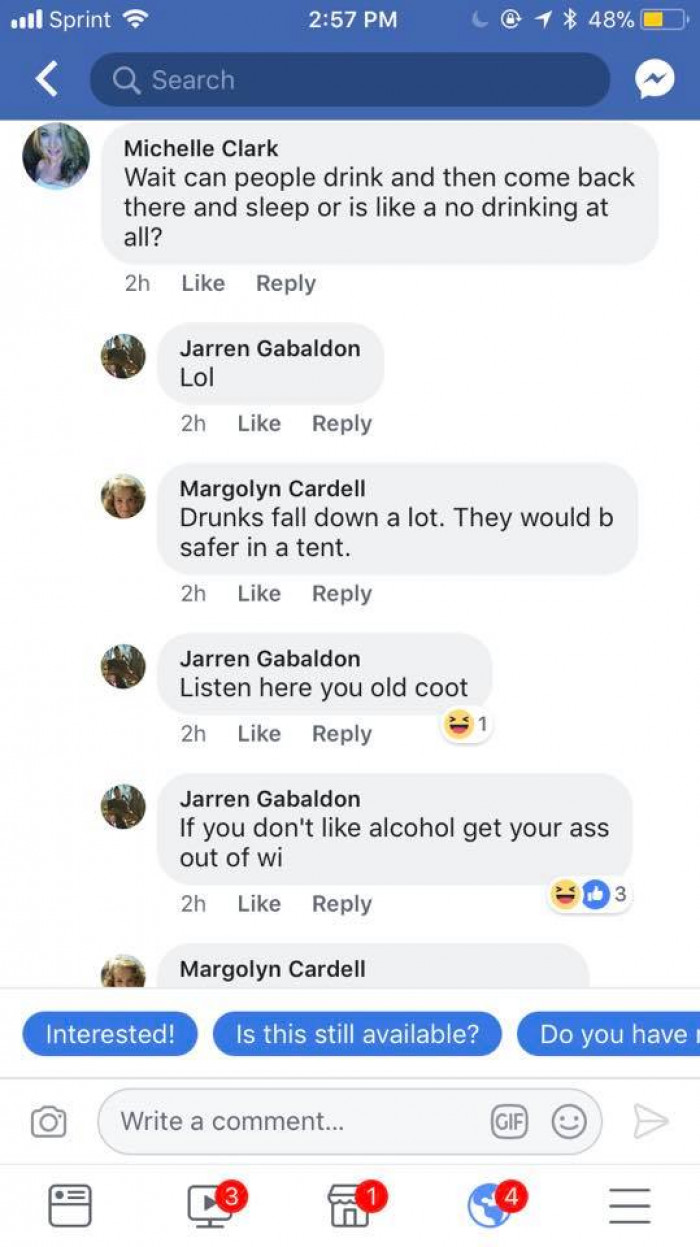 The many floors in the posters remarks were then even further pulled apart. One user (after being told yet again to buy a tent) jokingly remarked that they were too drunk to put up said tent. Another user pointed out that this was sounding less and less like a listing and more like an invitation to a dictatorship as the poster was dictating that their tenant would not be able to drink at all during the period of time that they are living in that house. 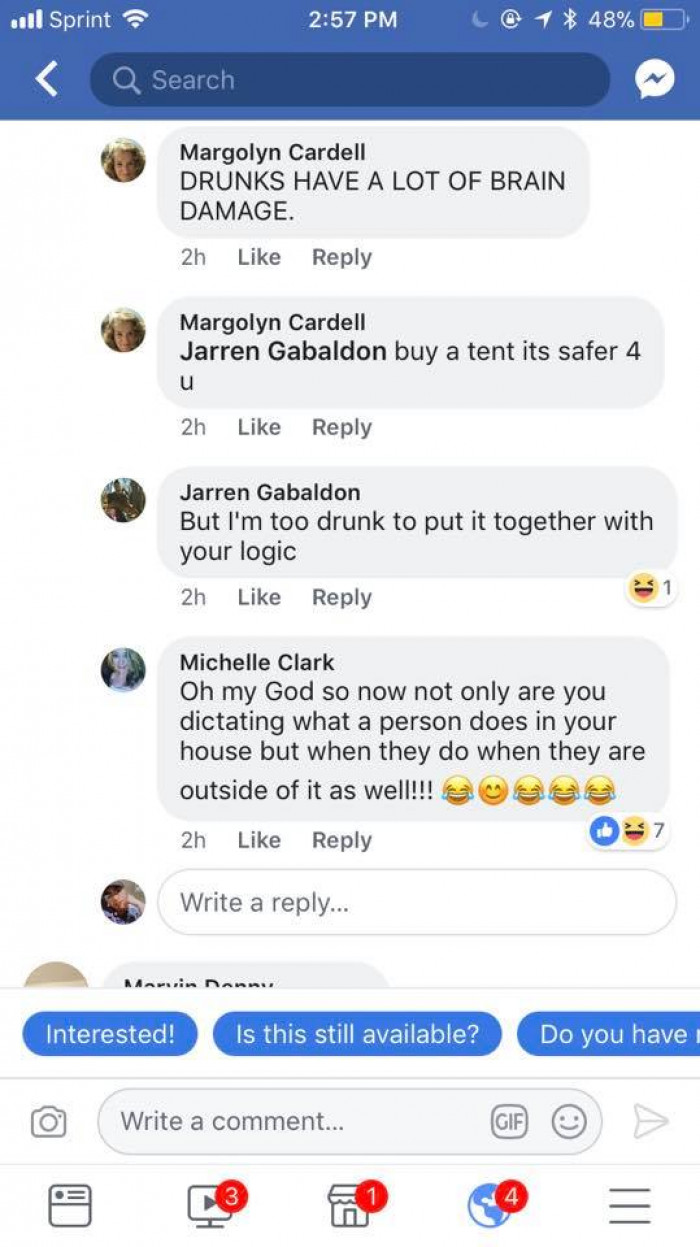 Not even one beer?

Further comments were made being skeptical of the rules and in reply to the skepticism other users made further jokes about the absurdity of the rules. The commenters made remarks jokingly stating that if another commenter had one beer she would fall over lose her job and die. 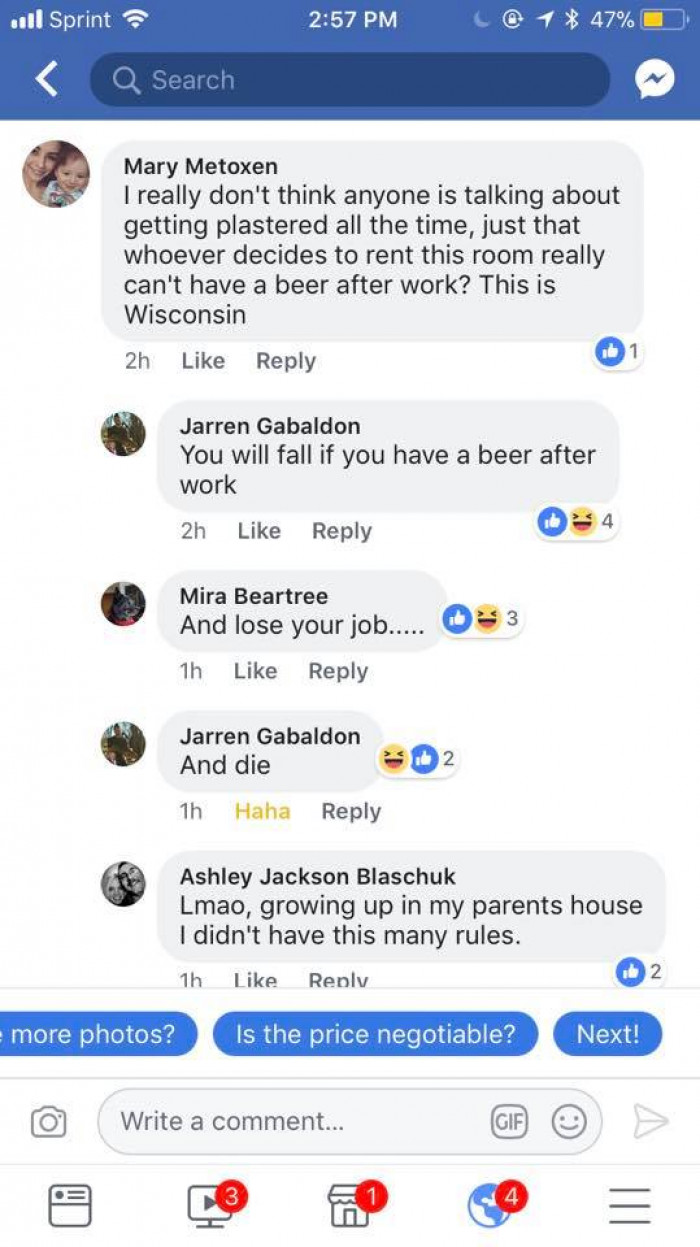 Definitely doing this when I can.

A plan was put together by a group of commenters that whenever something is said that one of them disagrees with they would reply with "get a tent'. A suggestion was even made to add mumbling about crayons afterwards. this sounds like a great idea and a legacy the original poster should be truly proud of. 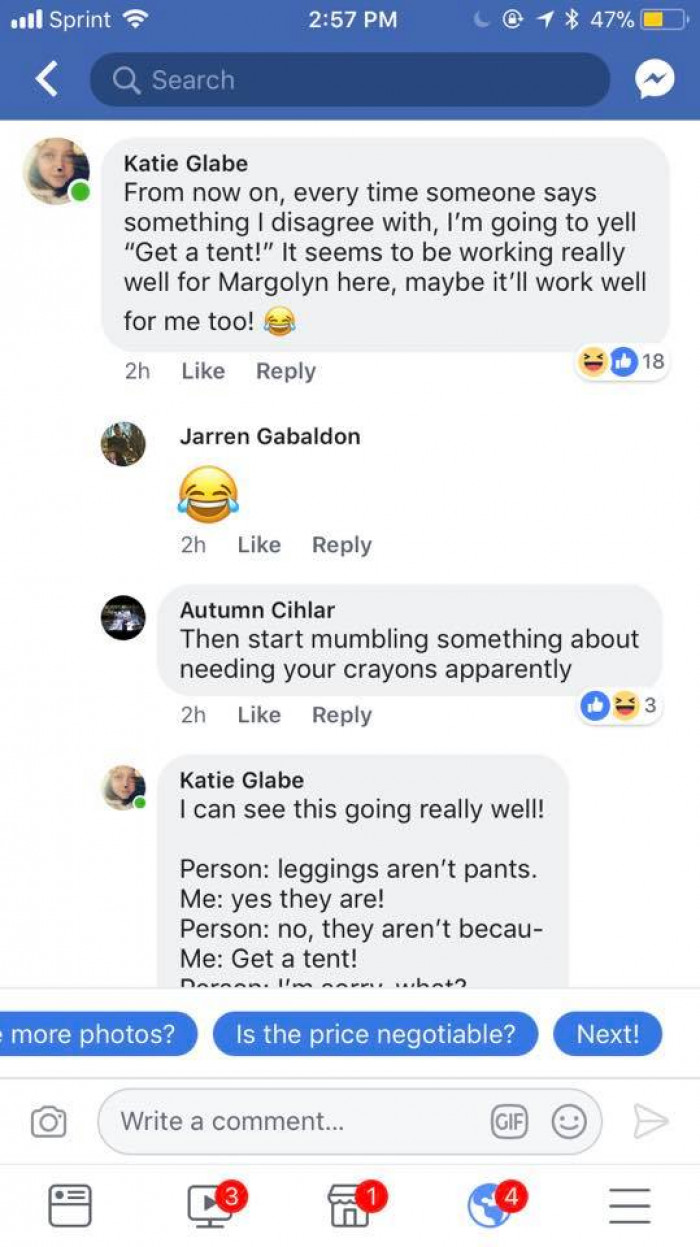 The trolling then truly reached its apex god level as one user stated they would rent the place and indeed put up a tent... in the place they would be renting. 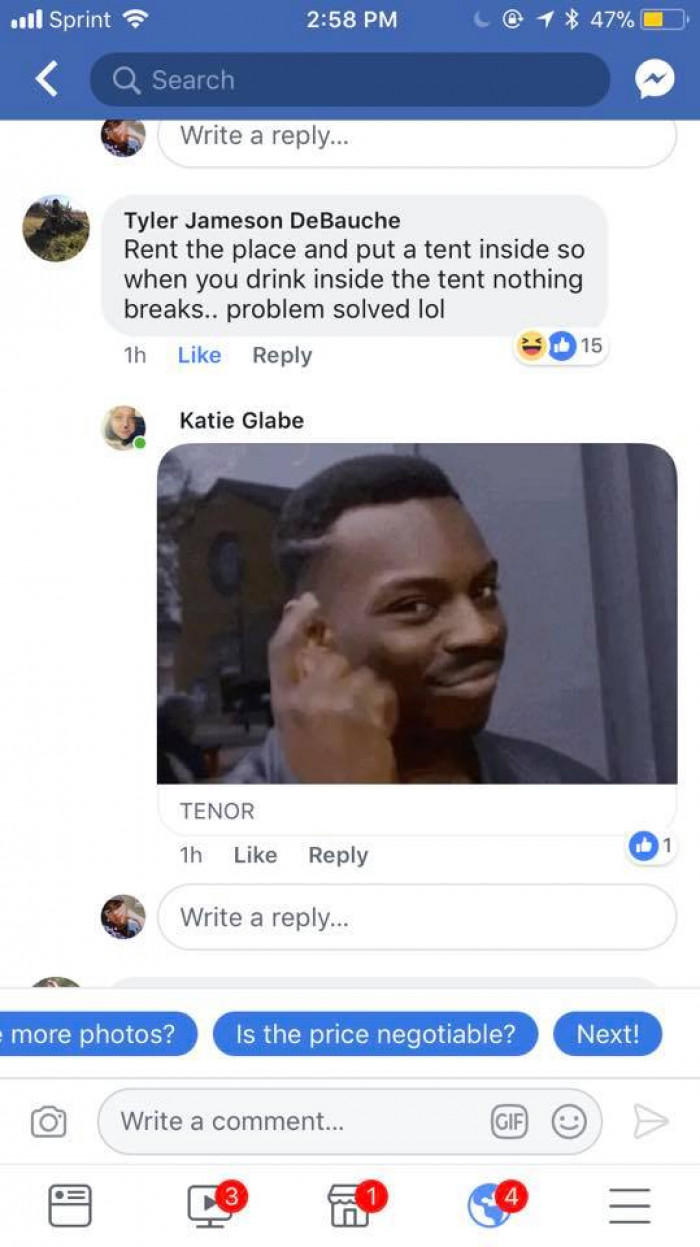