Polish artist Daniel Kordek lives in Los Angeles, USA where he is both an art enthusiast, freelance illustrator, and professional comic artist for blogicomics, a comic about a "girl who loves working out as much as she loves eating." From both opportunities professionally and recreational, Daniel is clearly flexing some seriously illustrative skills.

On DeviantArt, Daniel says that his favorite styles of art are: "Secession, Impressionism, Comic/Manga style, painting-look, alternative stuff." He's also a big fan of Tim Burton (and has even done a small collection of Tim Burton inspired art pieces!)

An artist for nearly two decades now, Daniel's style seems well defined and pleasing to the eyes, especially if you happen to like some of the same things that he does... and it would seem that Daniel is quite the Disney fan. There are few things we love as much as Disney fan art.

In this series featuring 20 unique, Disney characters, Daniel gives each one a "winter make over," surrounded by snow and dressed to impress. While we may have a good idea of how Elsa and Anna experience snow (and they are featured in the series,) seeing Ariel, Kida, and Vanellope is a whole different story!

Her skin may be as white as snow, but doesn't she look like she'd make a phenomenal snow angel as Daniel's depicted her? We especially love the contrasting red that Snow is also notoriously associated with. 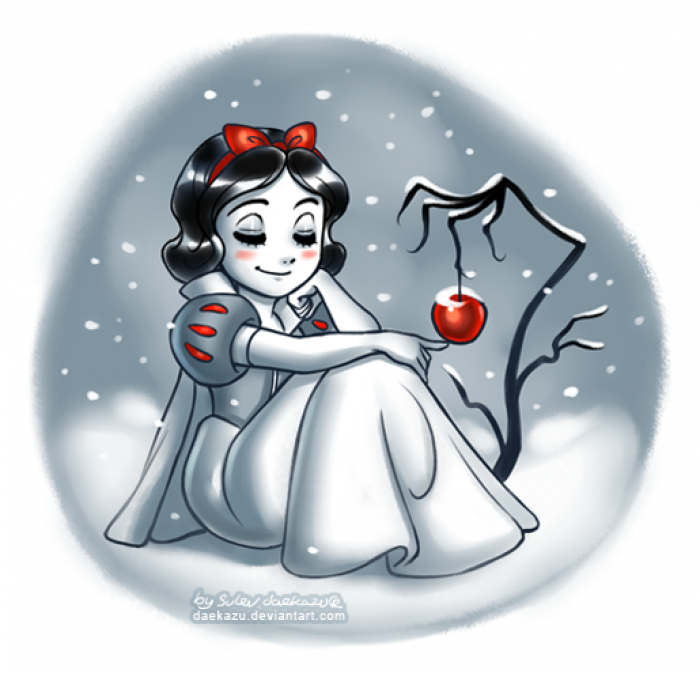 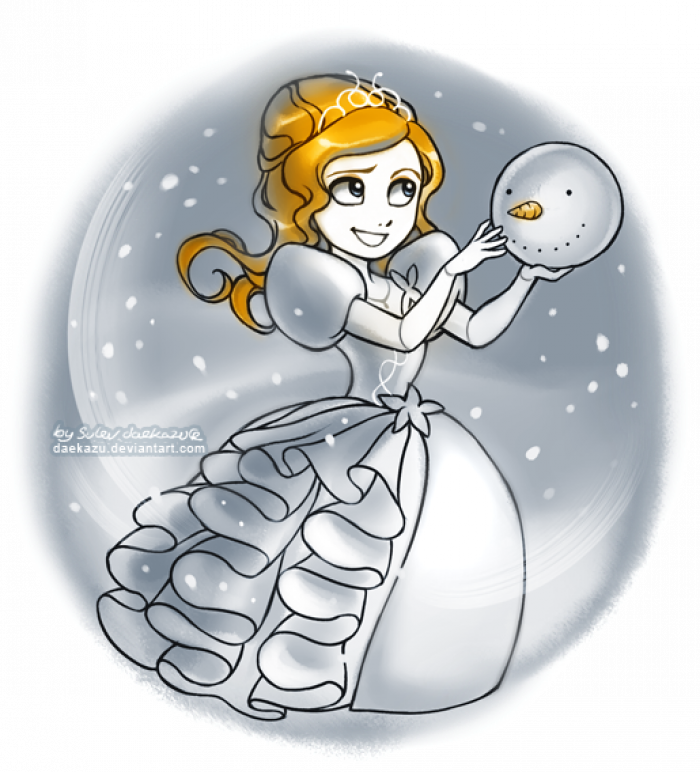 Can we get a snow in Atlantis mini series or something? Can you imagine? 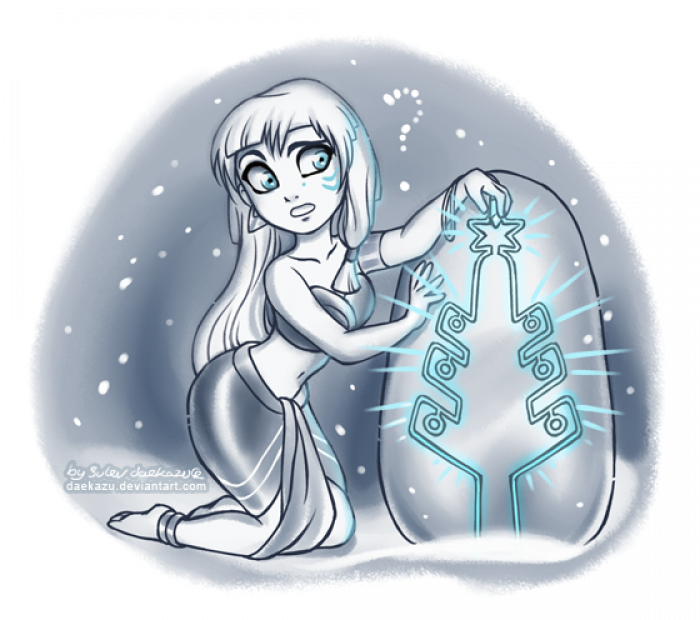 Jane may have chosen life in the jungle, but surely she was no stranger to a winter wonderland prior to that! Heck, sometimes I think I'd choose living in the jungle after a good winter. 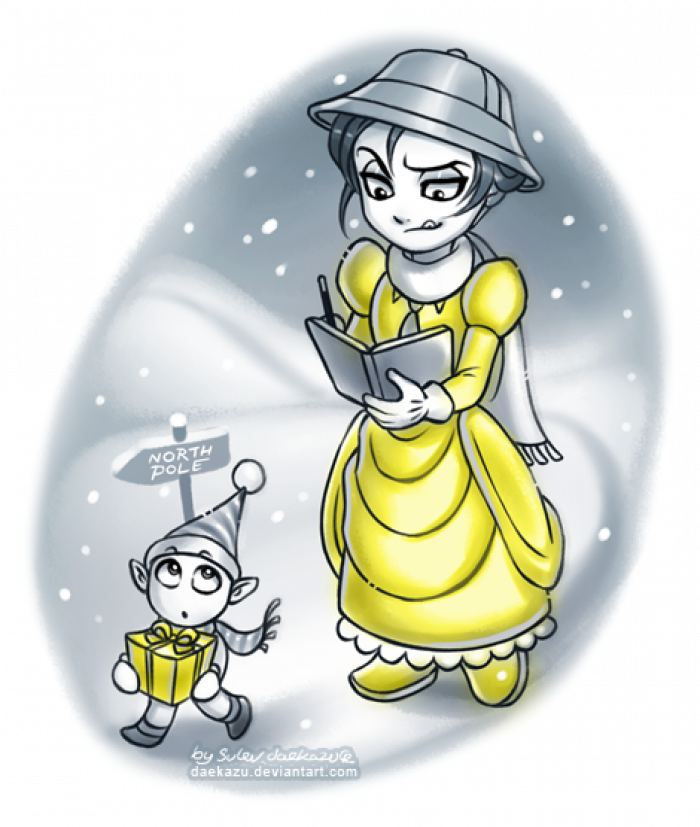 Is it even Winter Cinderella if you don't find a way to turn glass slippers into cute snow boots? Nailed it. 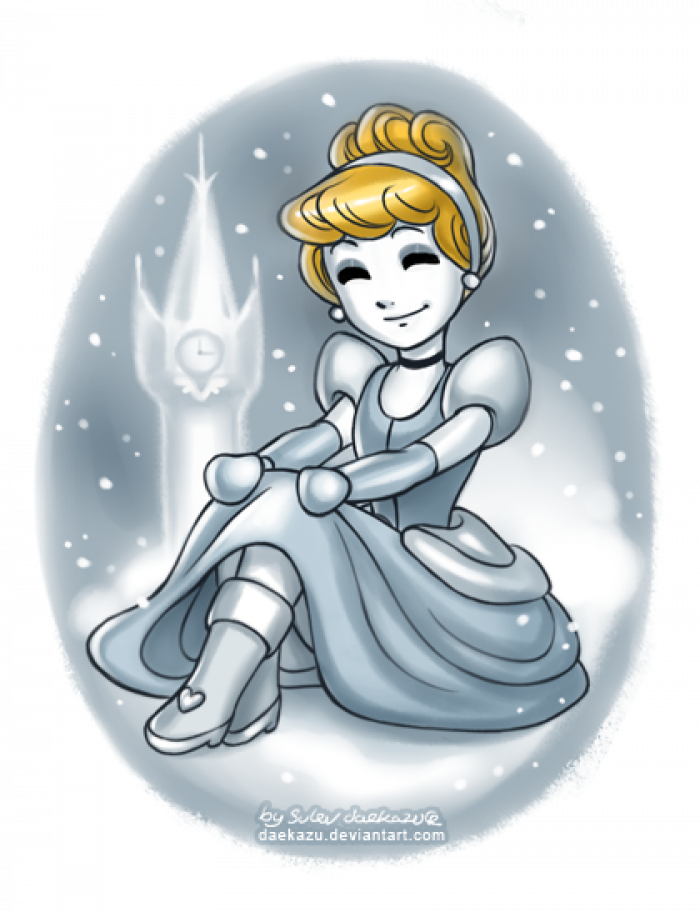 Thinking about Meg's distinct personality makes me think that she would not be fond of the snow at all. 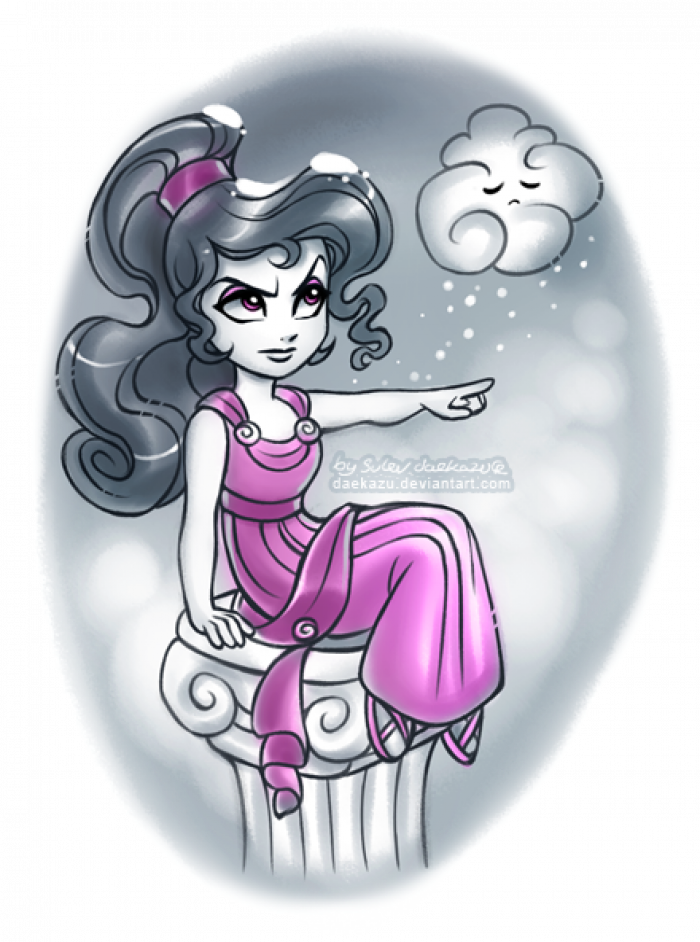 7. Tiana / The Princess and the Frog

Tiana looks absolutely adorable and ready for snow much fun. 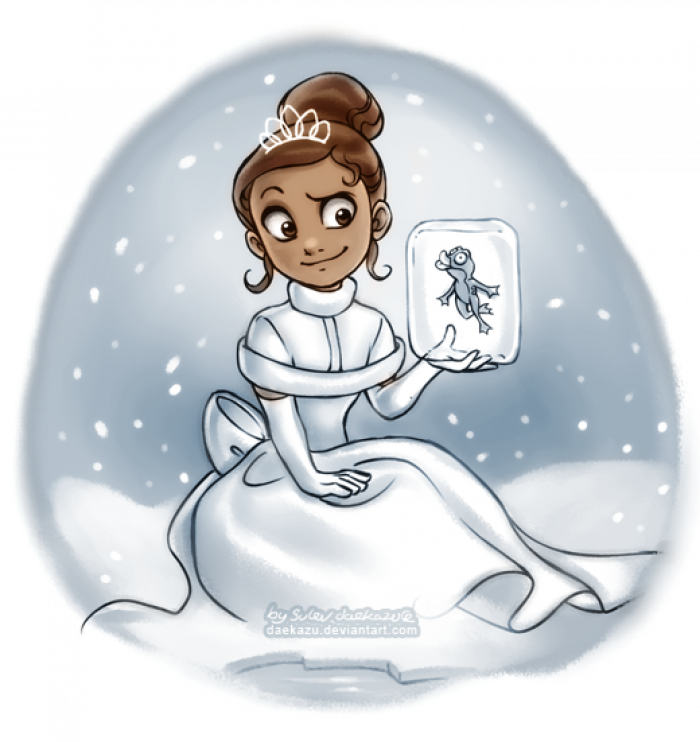 We all know Anna is a veteran of winter, basically. She still looks so cute here! 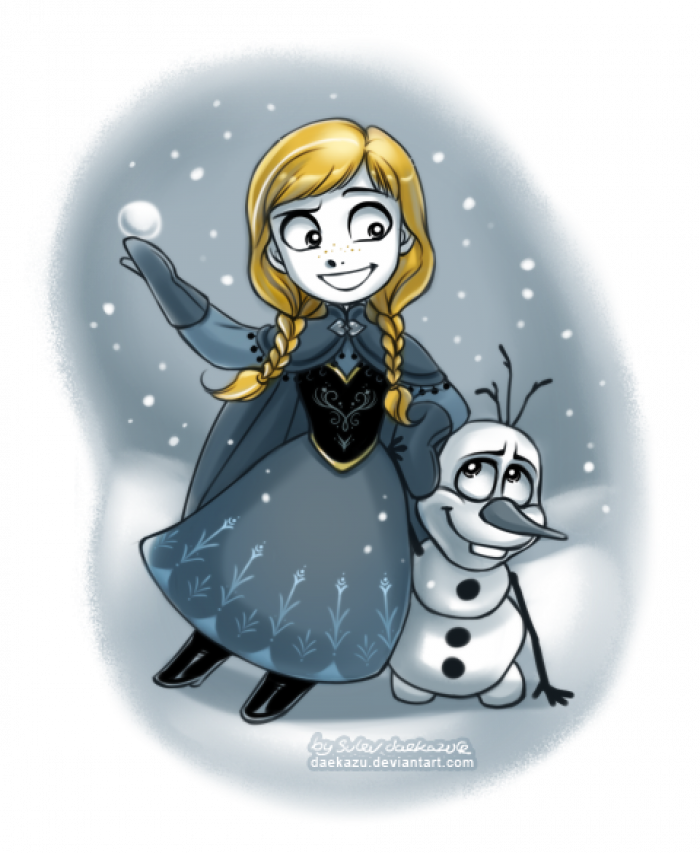 9. Esmerelda / The Hunchback of Notre Dame

Oh, did someone want to see one of the coolest Disney heroines of all time? You got it. 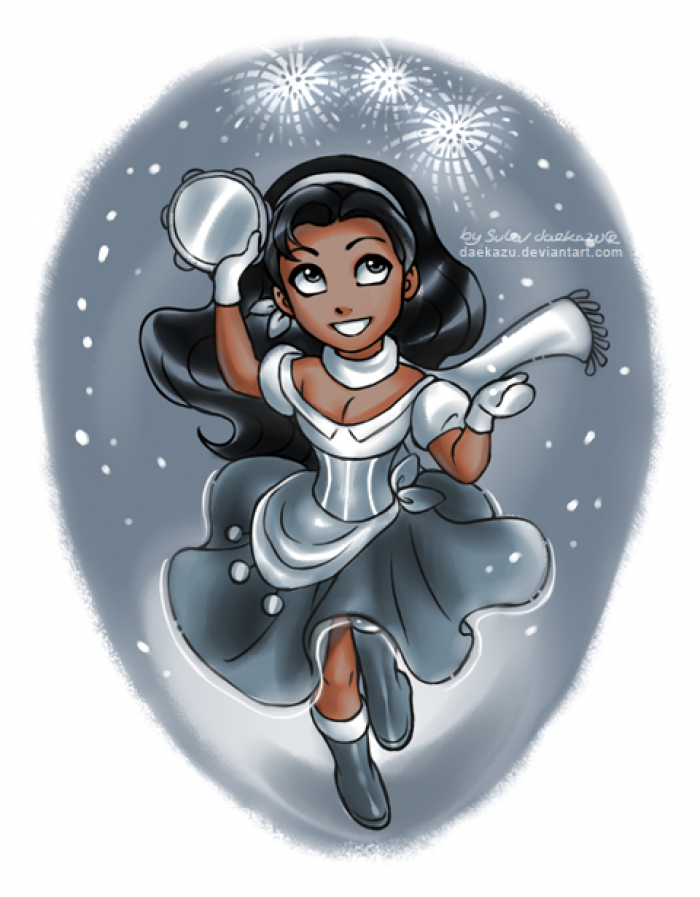 Now this is awesome winter Disney princess fashion, y'all! 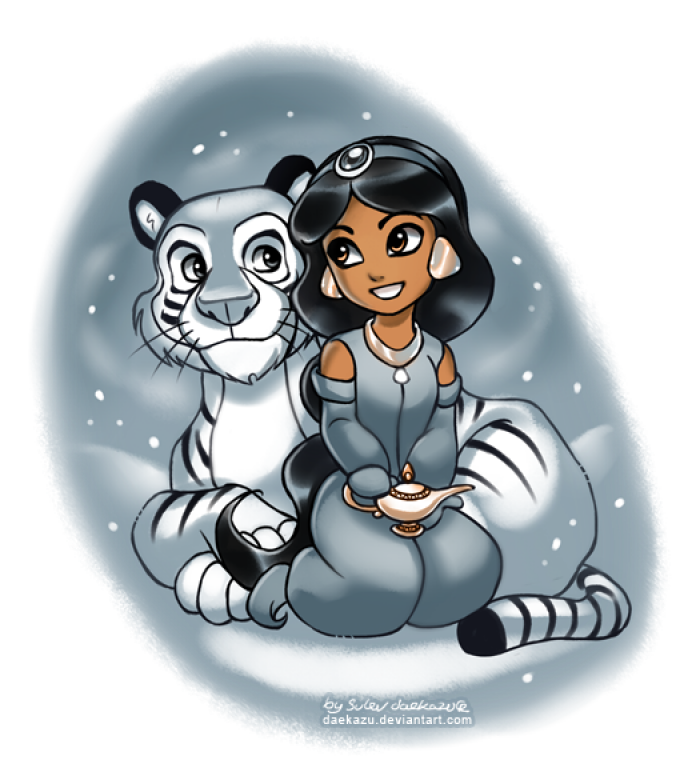 Of course, Daniel is an illustrator of many talents and he's created countless other works of incredible Disney fan art outside this adorable winter themed series. Let's pause a moment to gush over some of those!

This piece in particular was recreated after the Loki series debuted. Originally, he created a version where Loki faced Maleficent. Clearly he had a good idea of what would be aesthetically pleasing. 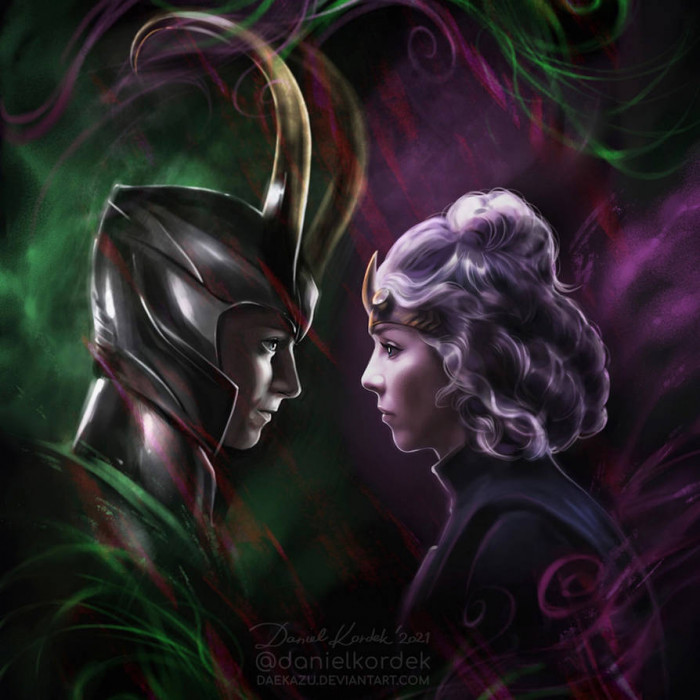 Beauty and the Beast

Daniel has a lot of Beauty and the Beast fan art, from the classic animated film and the live action remake. If you're a big Beast and Belle fan, you'll not regret keeping up with this talented artist and seeing what other versions add up to a tale as old as time. 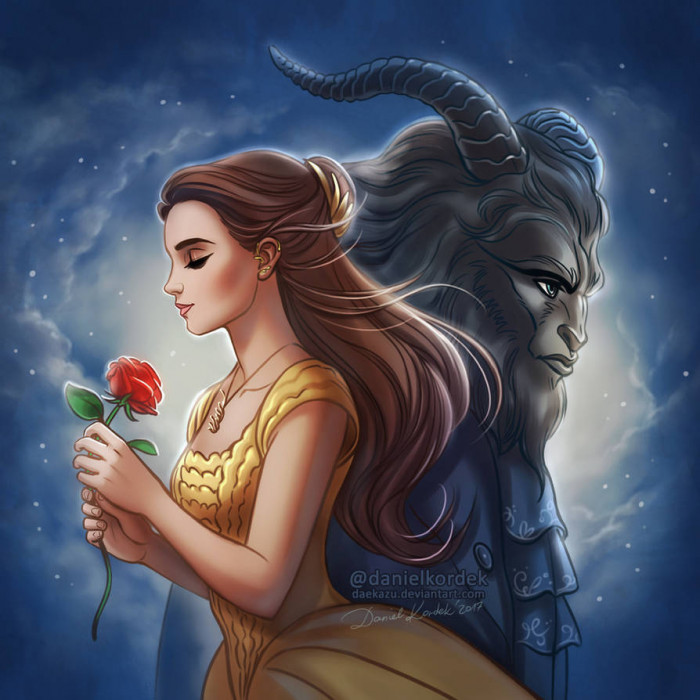 This is gorgeous, it was hard to decide what to highlight between this piece and a "modern" Elsa interpretation. All of Daniel's work is so good! 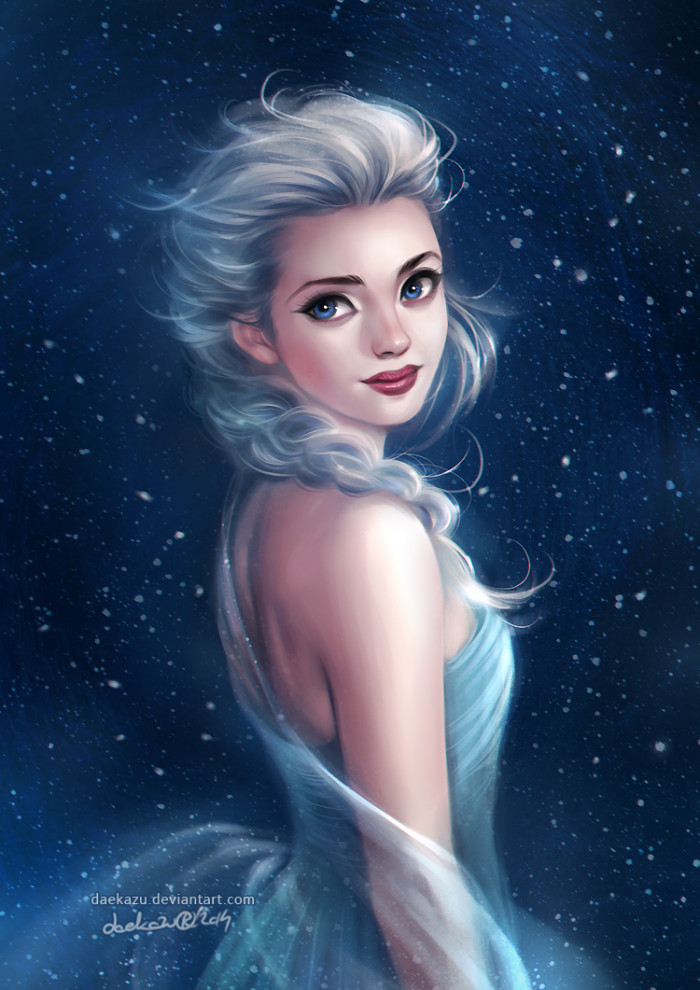 Moana is one of the best Disney characters of the last ten years, you cannot change my mind. 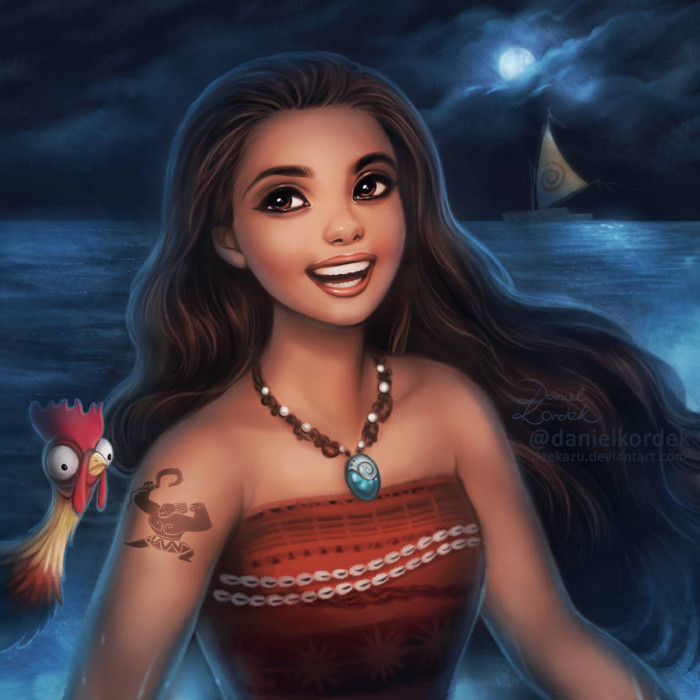 Lilo and Stitch is an absolute beloved of most Disney fans (can you even trust someone who doesn't like Lilo and Stitch?) Surely, you'll love this re-creation of the sweetest and funniest Hawaii characters ever envisioned by Disney? 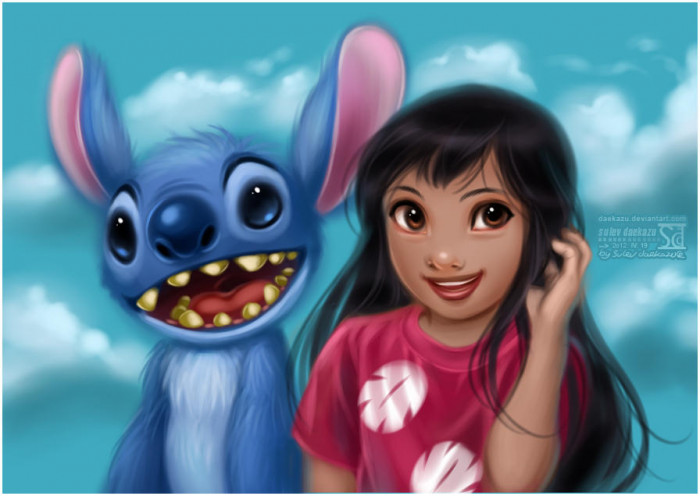 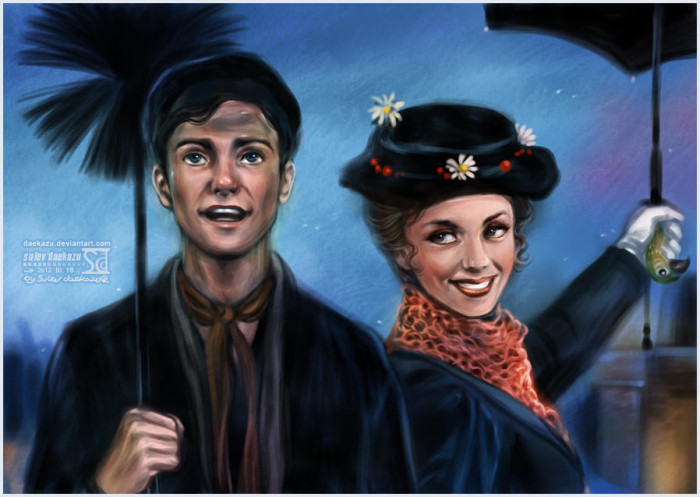 Princess Aurora (Classic Disney & Once Upon A Time)

Once Upon A Time is a phenomenal show, it's really cool to see this concept of having the classic Disney version and the OUAT version side by side. It would be really awesome to see a whole series like this! 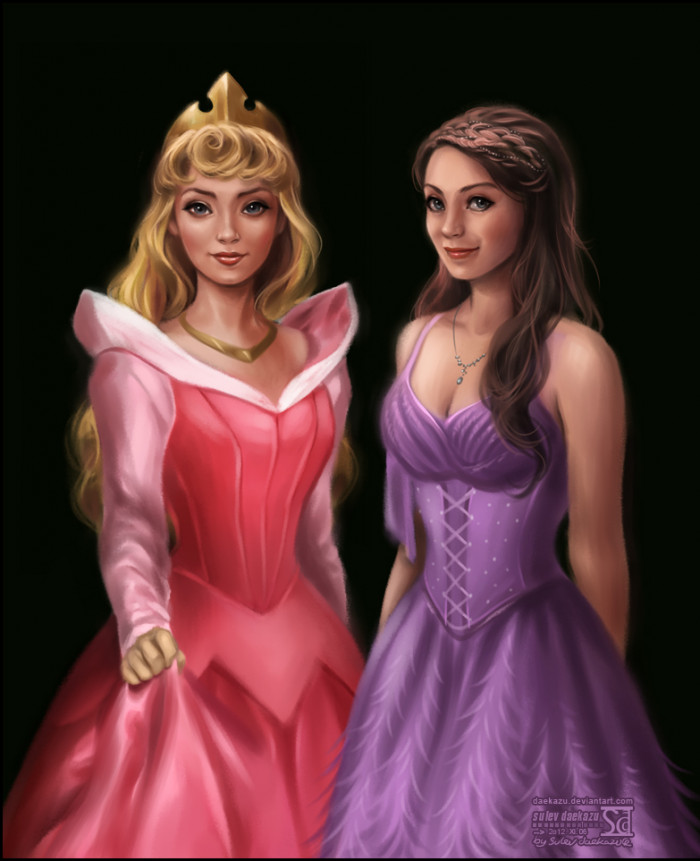 We are all about The Sanderson Sisters. 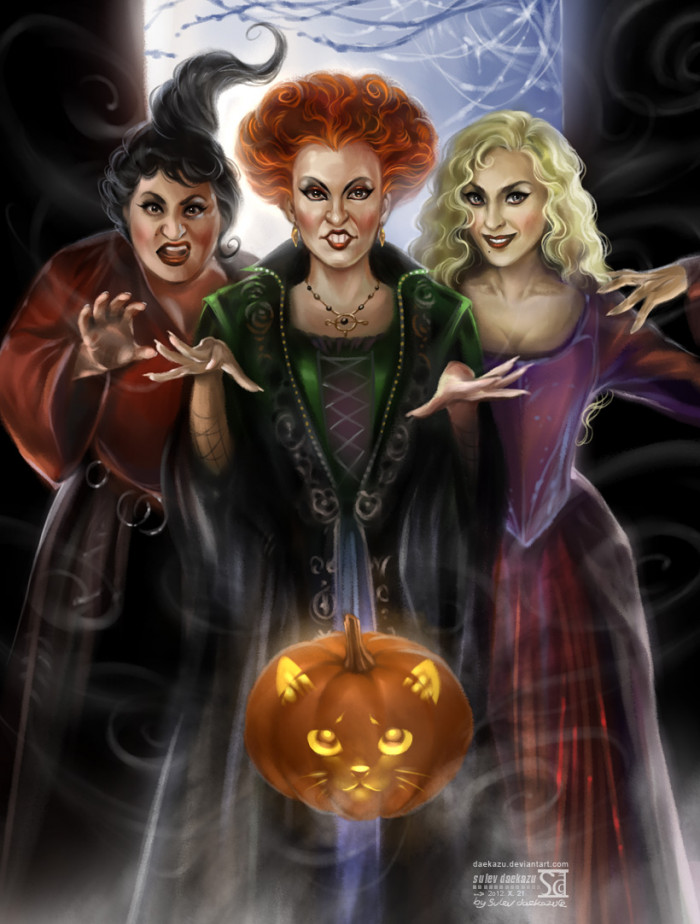 Someone call Fix It Felix, STAT. 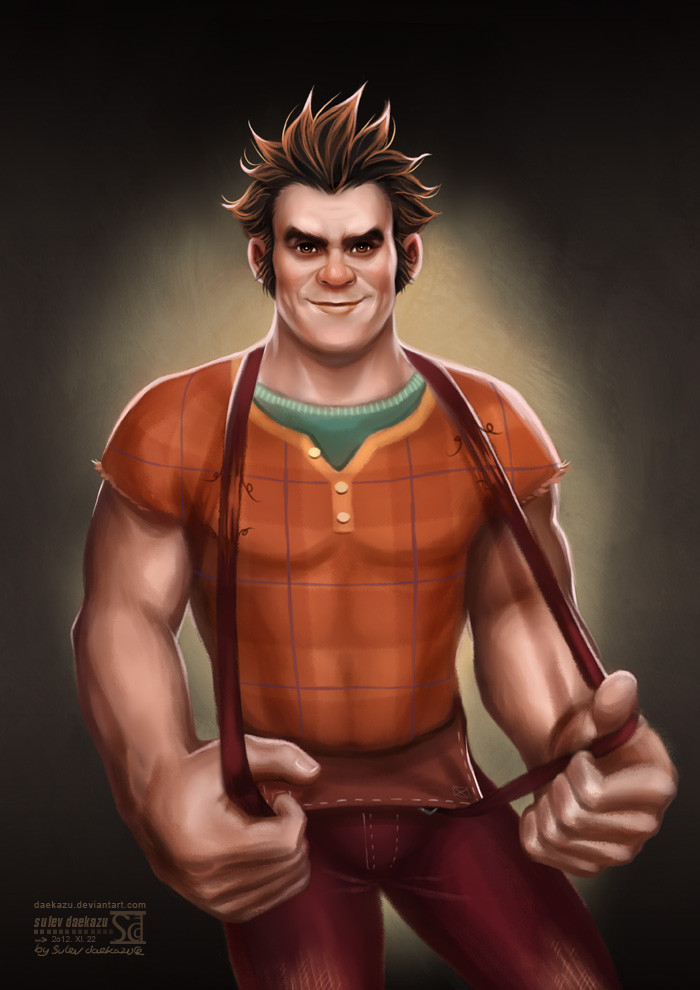 We are committed to the idea that Rapunzel would love the snow. 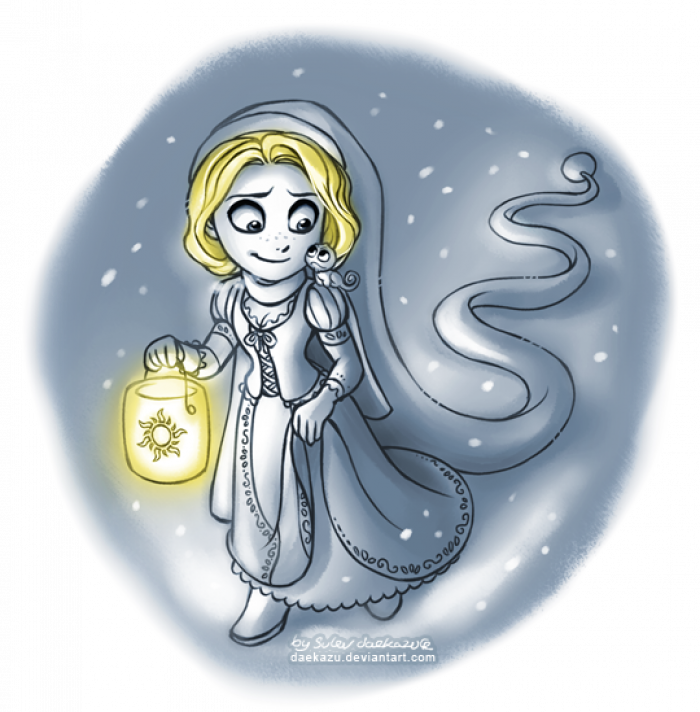 We have seen a version of Pocahontas in snow gear but we love Daniel's version anyway. 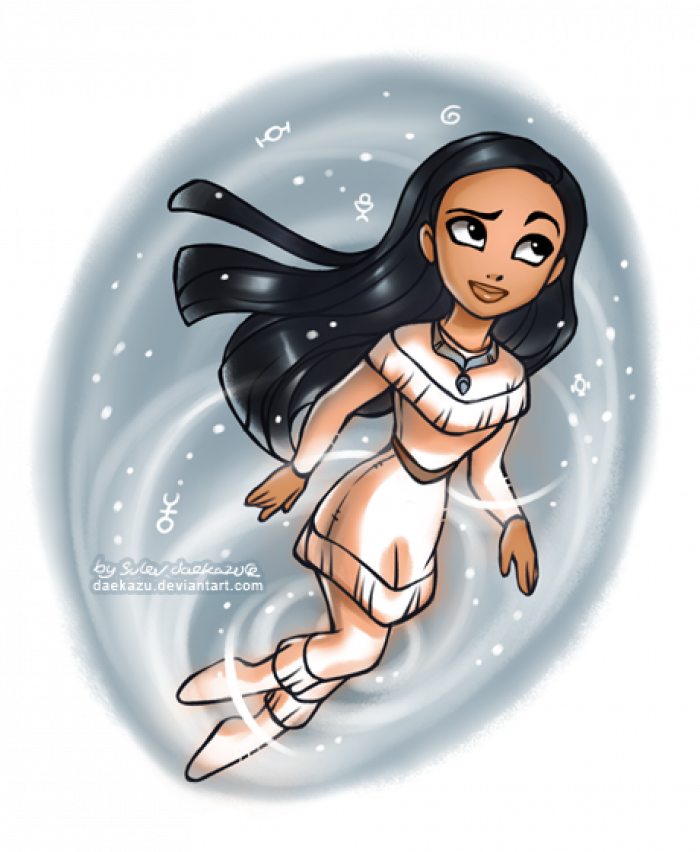 Is this straight out of the movie? Might be. 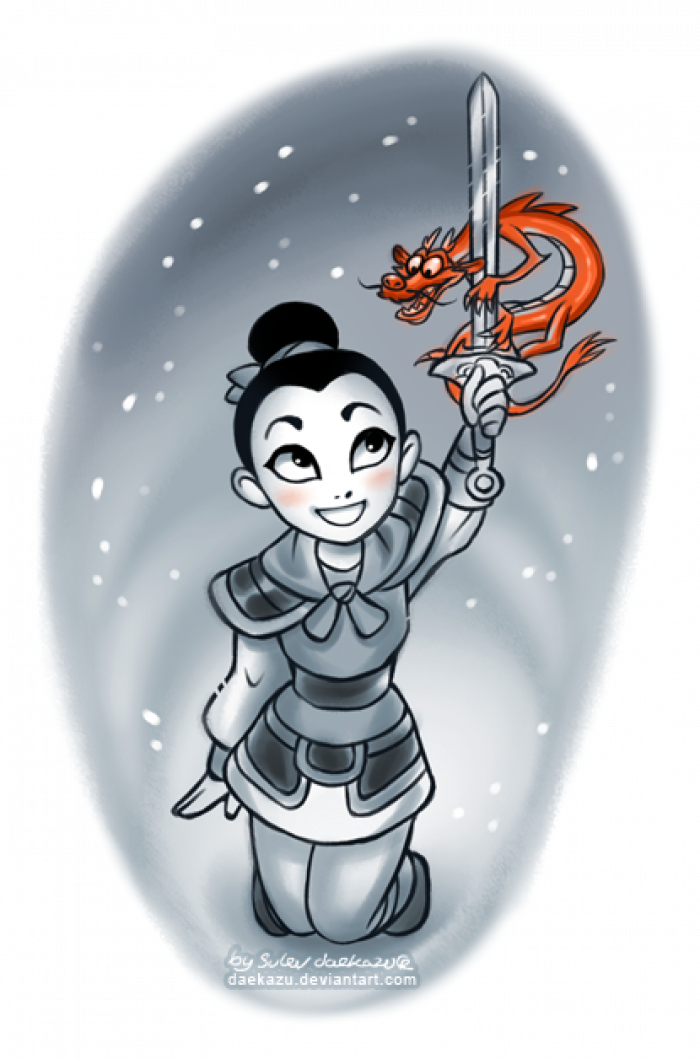 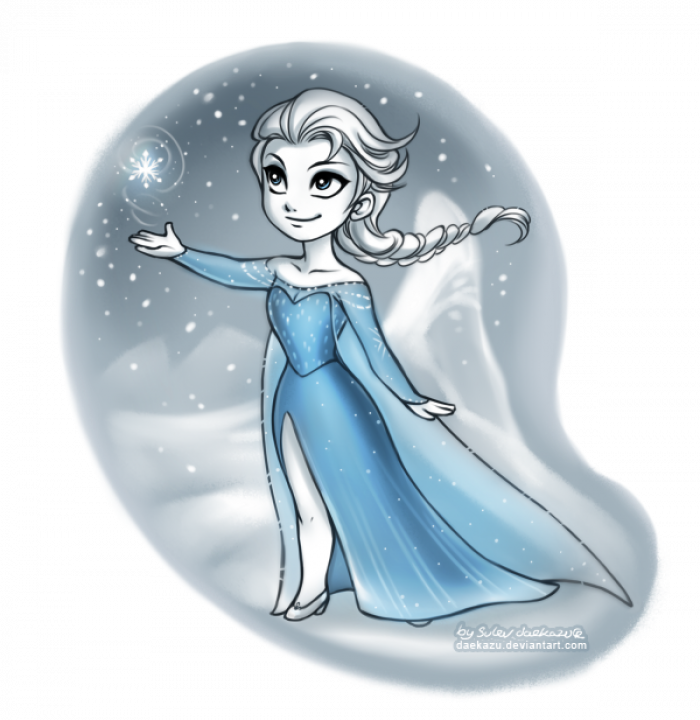 She looks great in the winter, doesn't she? 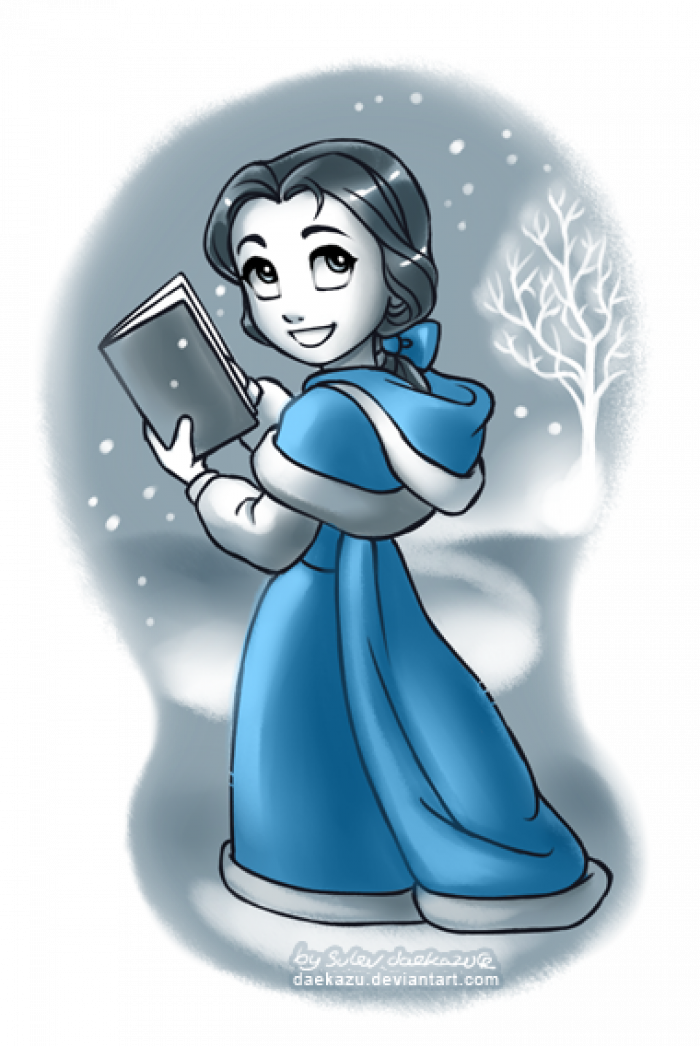 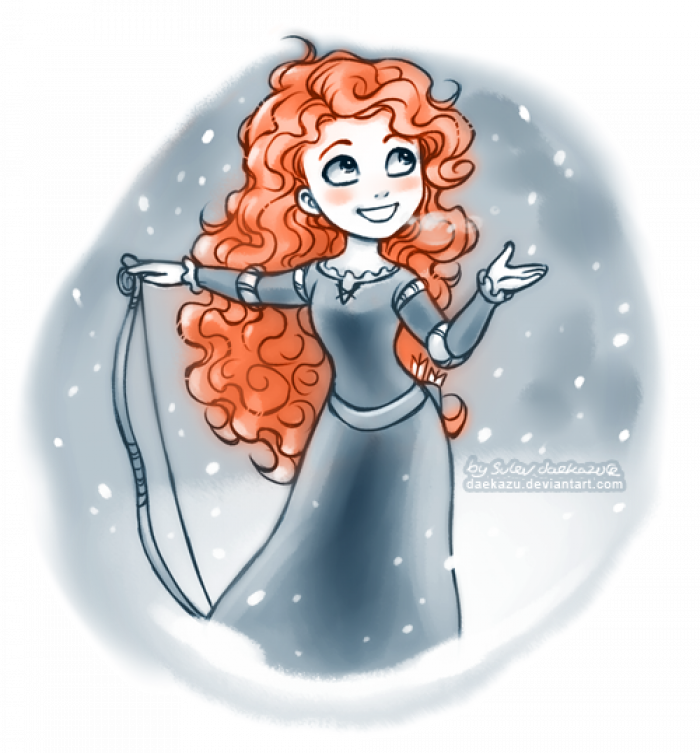 Look at this stuff, isn't it neat? 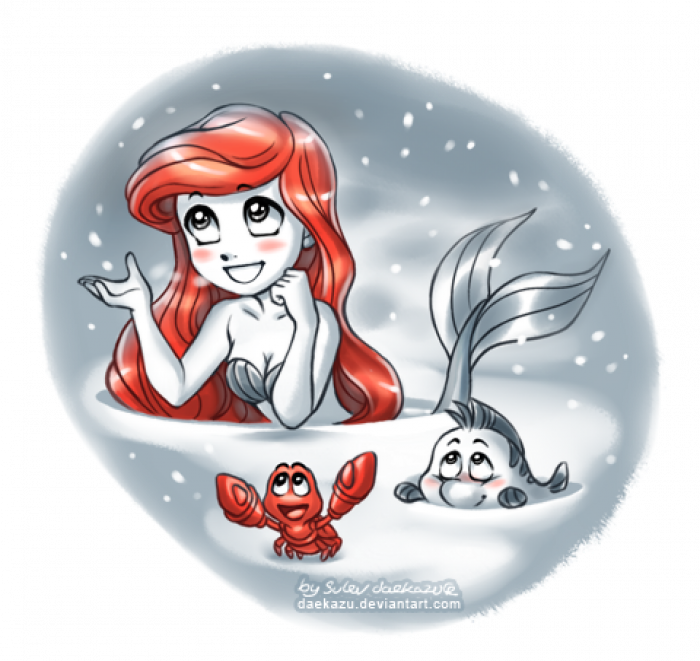 Another under-appreciated Disney character we love to see fan art of? Yes. 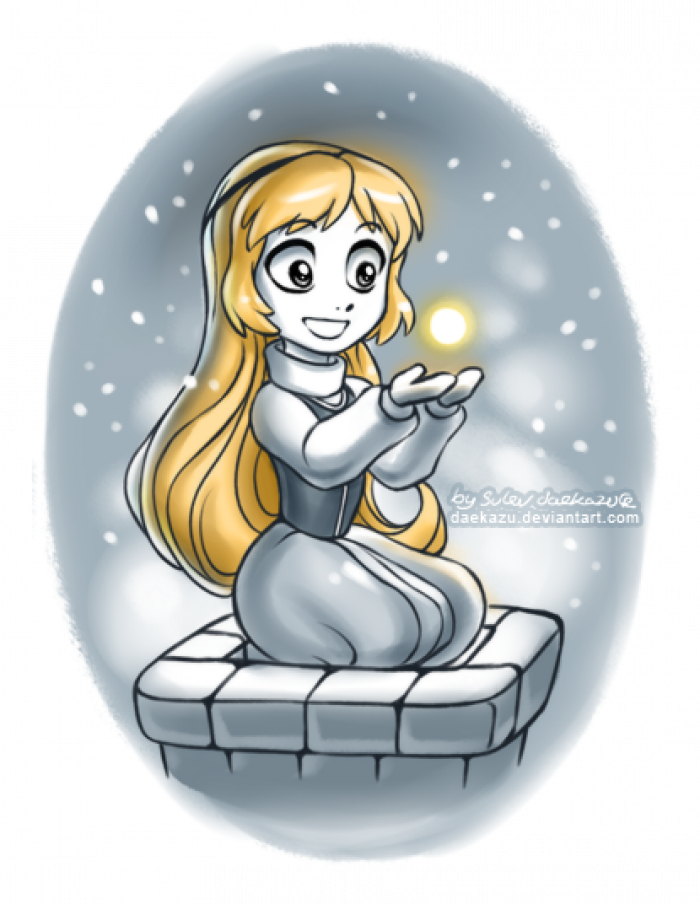 Just the cutest candy-cart racer here, in the snow! 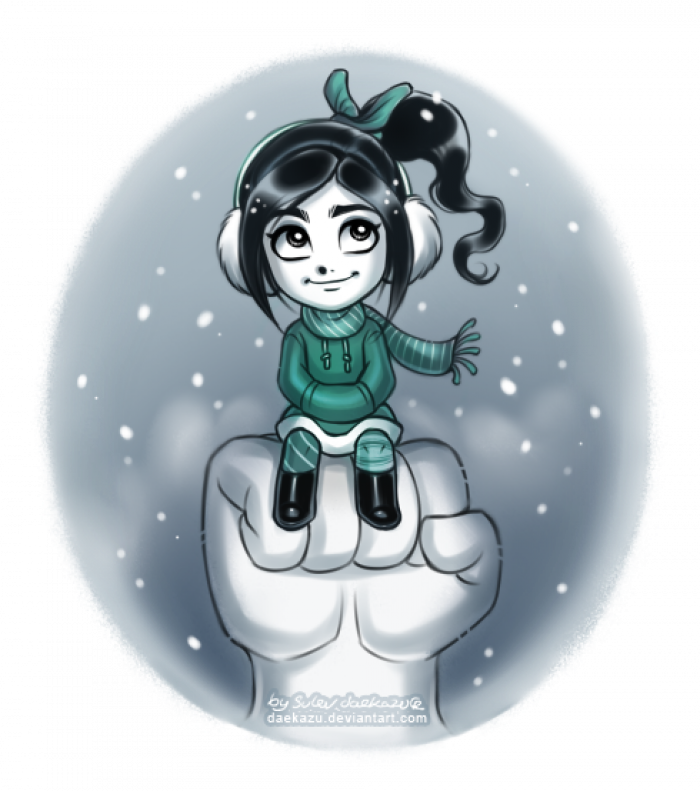 Do you think Aurora would enjoy the snow? She looks like she'd be absolutely graceful in a winter wonderland. 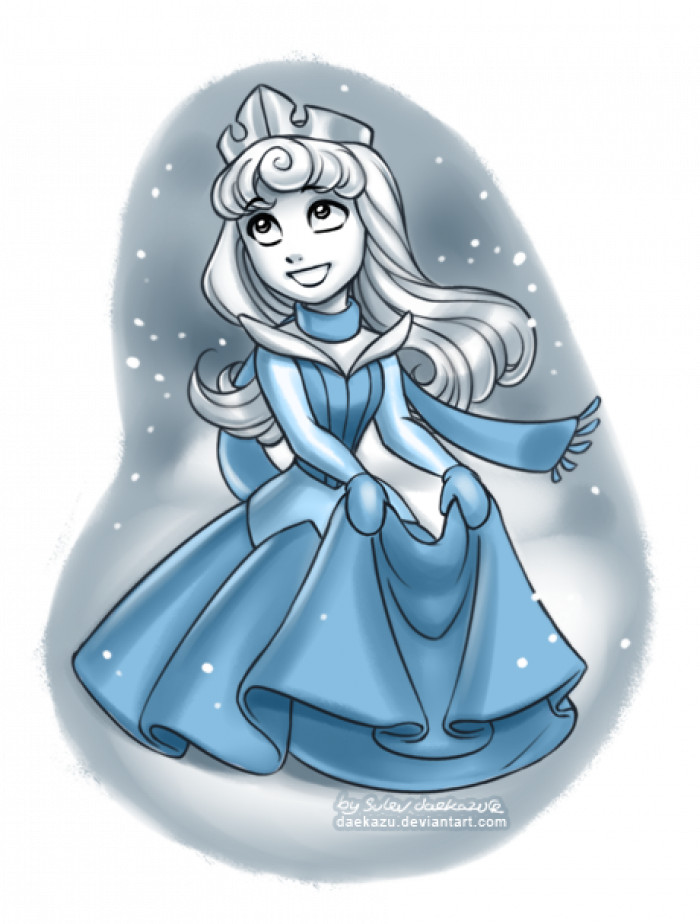 The accessibility of the Internet means that someone born in Poland and living in Los Angeles can share his awesome Disney fan art with the whole world, and honestly that's something worth celebrating. In the wide scope of the world and the Internet within it, there's plenty of room for more Disney fan art.

That said, if you love Daniel's work, you should check out our article featuring his Sailor Moon fan-art, too! Moon, Prism, Magic!