The various social media platforms on the internet have put a spotlight on some truly unique personalities over the years from all over the world. Not all of these personalities are kind, friendly or someone you would socialise with in person.

An example of this is 'hardrocknick' on Instagram who gained attention when screenshots of his posts were posted to Twitter by user @wwwdotyoutube.The following thread has been described by Chrissy Teigen as the best post but is also a prime example of some of the arrogance and self indulgence that has been frequently spewed all over the internet.

Each post from 'hardrocknick' proves that if being self indulgent with 0% self awareness was an Olympic sport, he'd win the gold... several times over.

Please tell me this is a troll. 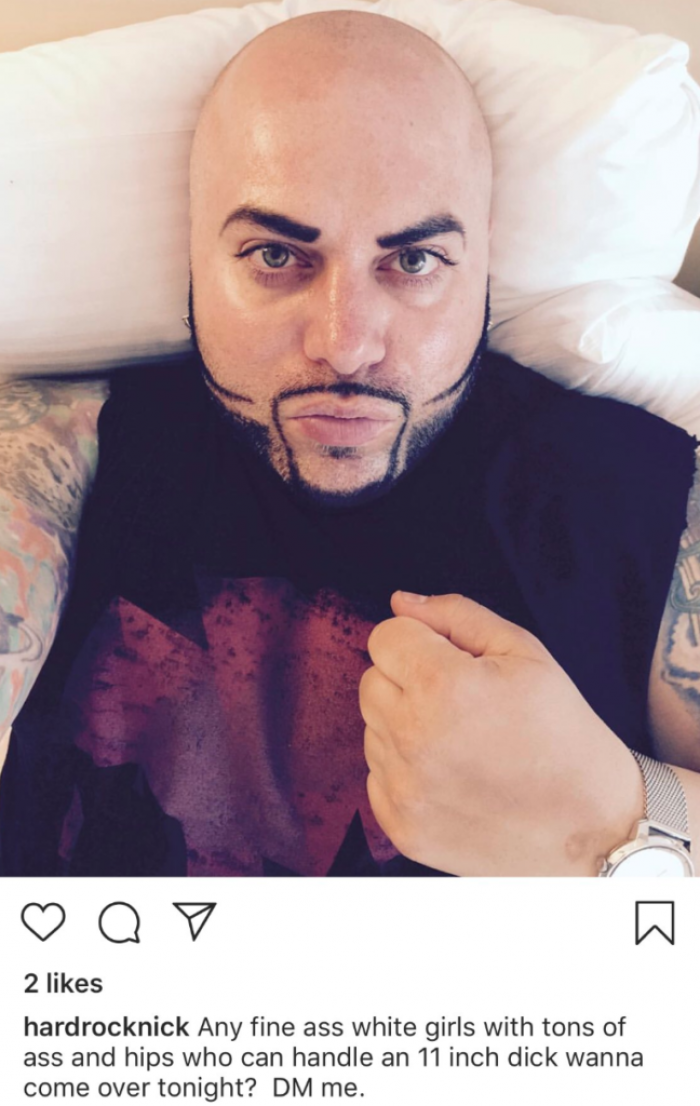 Here Nick claims to be the apex of men stating that no woman who has dated him has done better afterwards.

Seriously, this has to be an act. right?

Where do I begin with this post. Some of this is the weirdest flex you'l ever read.

Here he inflates his sexual capability 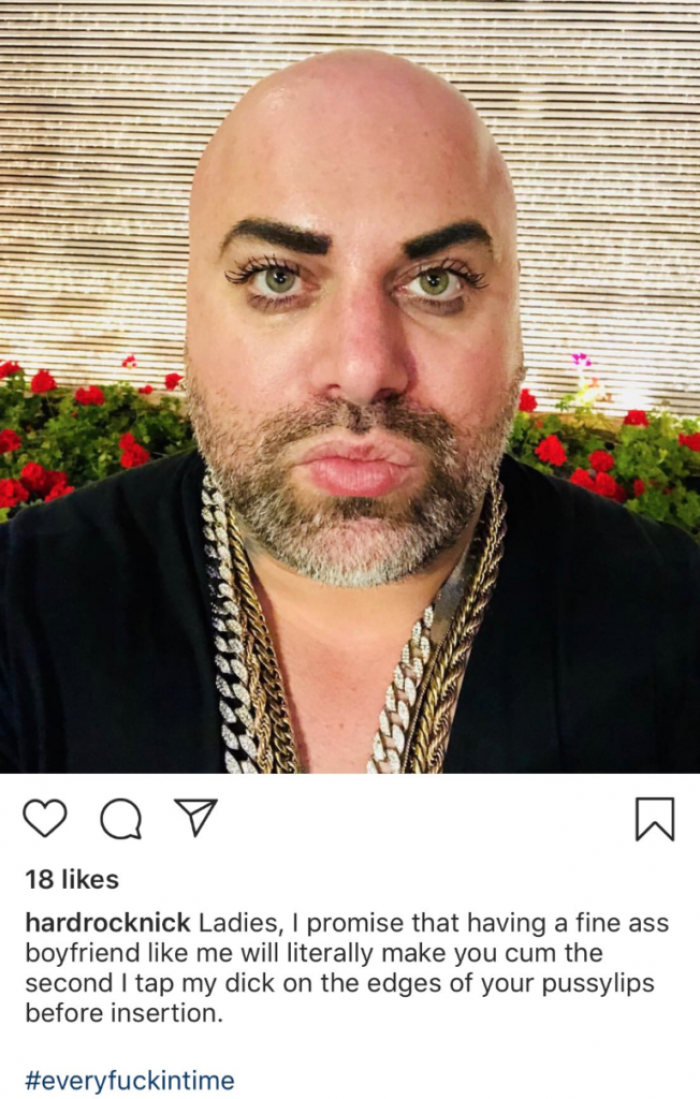 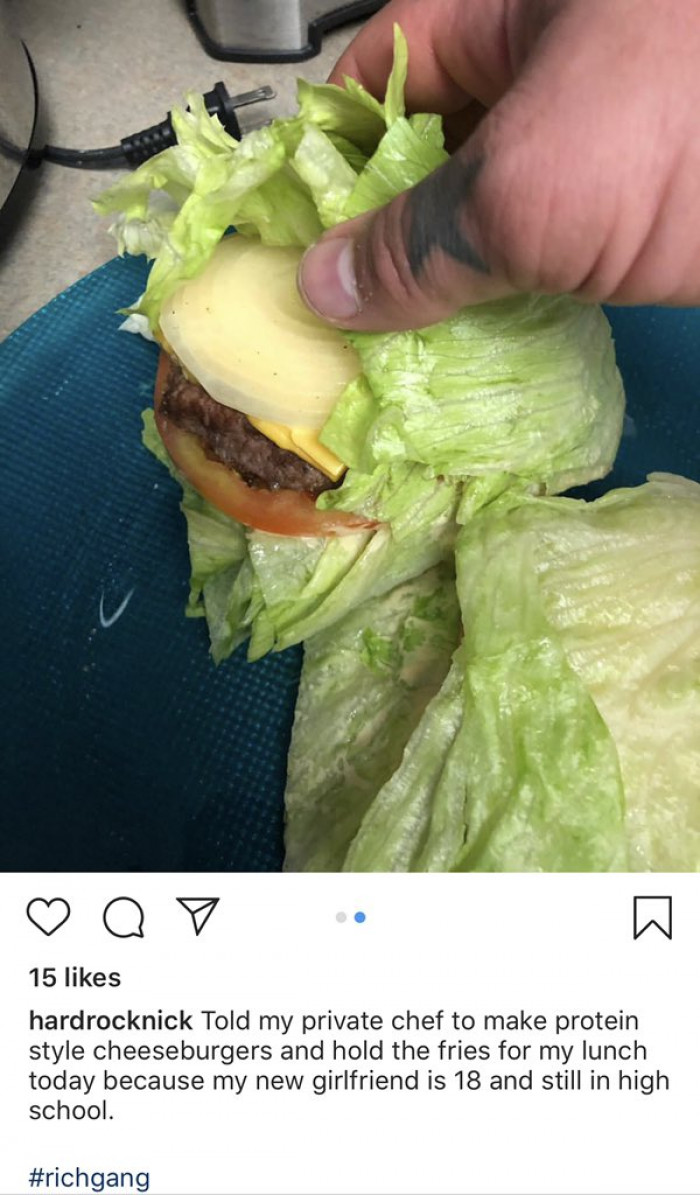 The poster on Twitter has pointed out that there are obvious signs that this photo was taken in a diner.

At this point @wwwdotyoutube switches to examples from nick's Facebook.

Where do I start? The "pure white american" comment or the follow part of his caption that degrades women solely to their looks? This guy is scum. 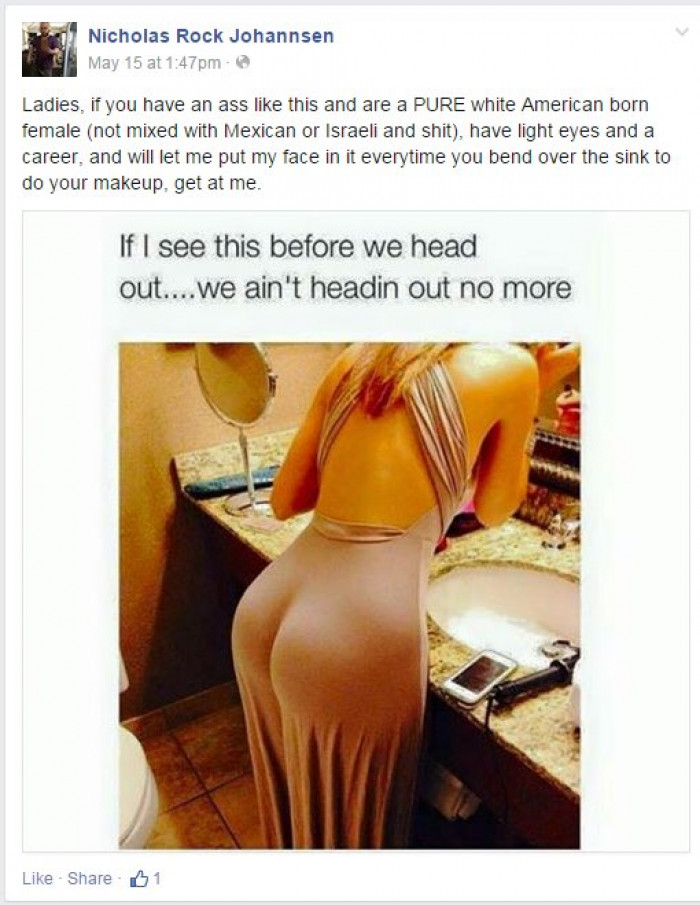 Turnoffedness is not only not a word but I'm losing brain cells for having to rewrite that nonsensical bs. 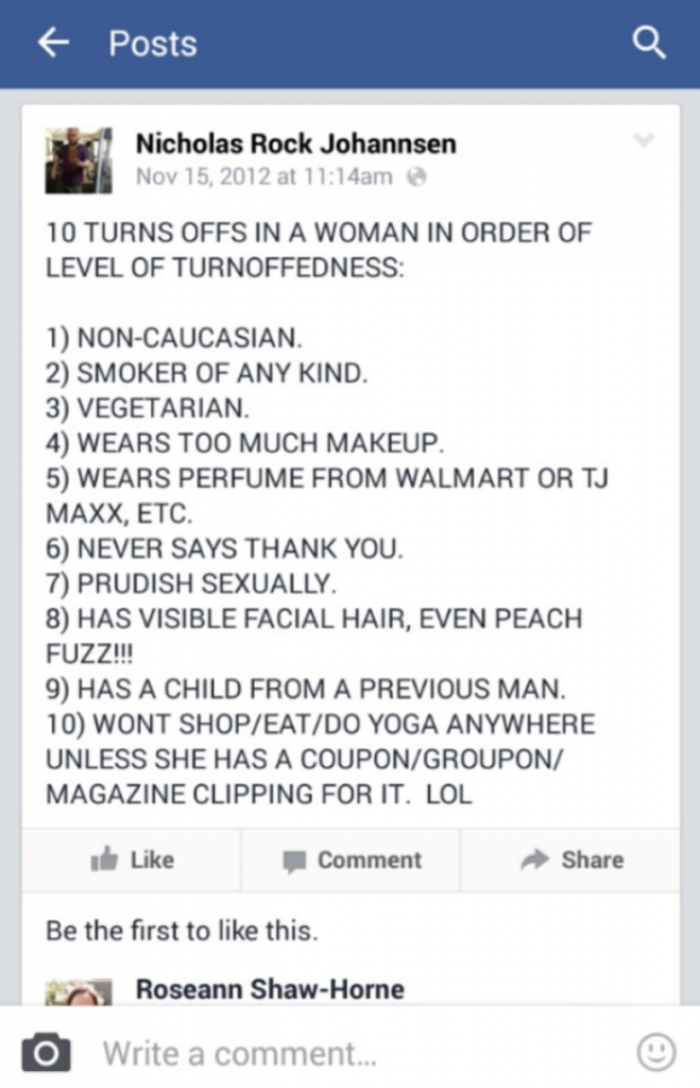 He did get the attention of one woman by the name of Kathleen Warren.

Other users chimed in with examples of his inflated ego. 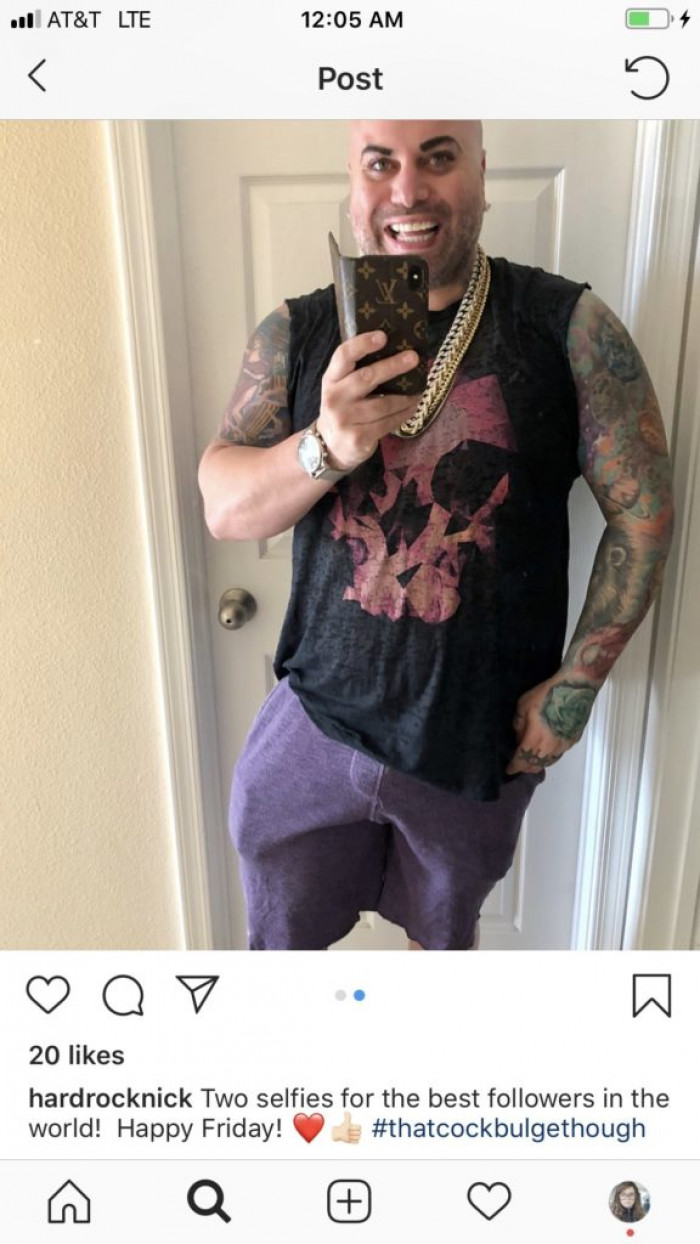 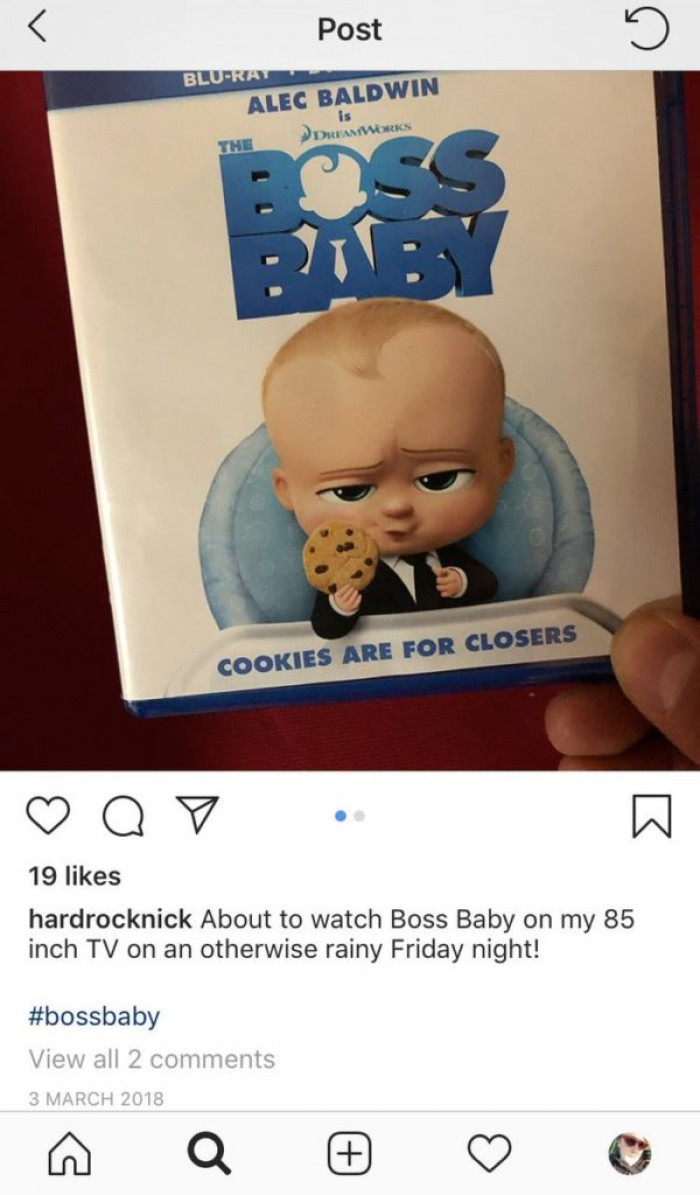 Showing off his credit score.

This one is for the haters.

Buca di Beppo - the choice of every every multi-millionaire. 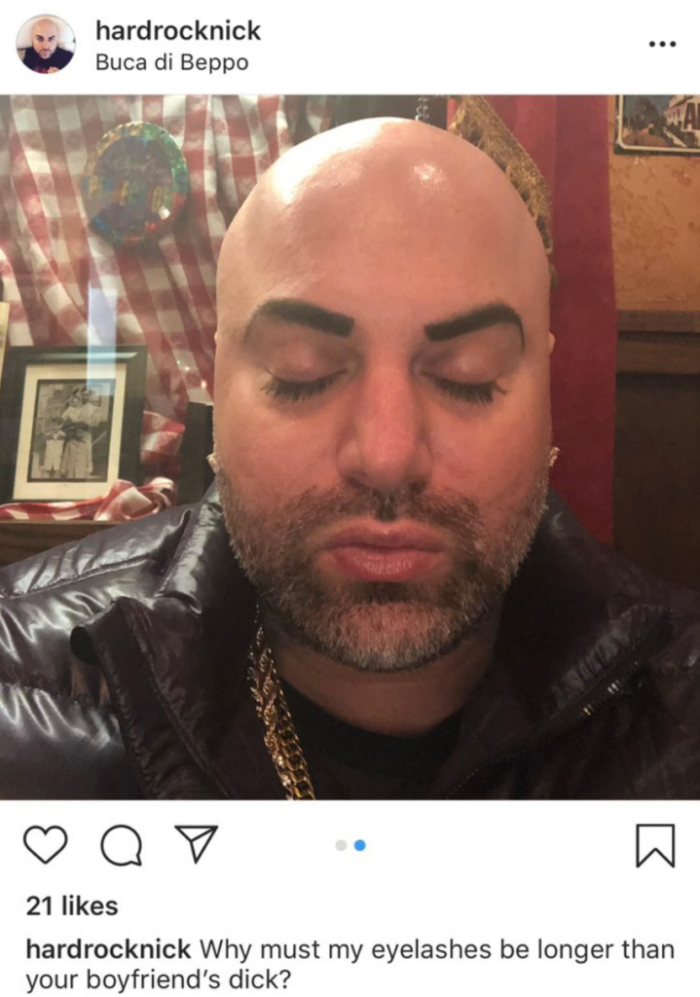 I have no words.

He was married to a woman who was previously Jeff Goldblum's fiance, but she cheated on him with an insurance agent once their pet grooming franchise started failing, so he broke into her house and shit in her sink. All of this info is available in actuals lawsuits.

proof of the claims

This dude is legendary in the SA goon FB groups, we freaked when we found these docs.

I GOT THE BEST FANS ON THE GRAM! Mad love to every last one of you, even the haters! Honestly, these aren’t even the best DM’s showing me hardcore love but its what rolled in the last 5 minutes. My fans cant sleep unless they check my social media, huh? We blowing up in 2019, huh? Don’t believe all the lies you read out there on burner Twitter accounts, Reddit, fake Instagram pages posing as me. They hate to see a white boy shine hard as hell, floss in $200 Nikes, sleep on imported velvet, fuck Hollywood actresses and come through in a 2020 Mercedes Benz on auto pilot! Fuck em all!

On the other end of the spectrum, he received various criticisms.

who the fuck is his brow person

The similarities are uncanny

Ring ring it's the NSA

“I Alexa’ed the shit out of my house”

Oh neat, you managed to conveniently bug your house for the NSA. I’ll be right over.

It is the dumbest rabbit hole any of us have been down.

I started following him on Instagram. It’s absolutely one of the dumbest rabbit holes I’ve ever gone down. Thank you

to all the haters...

To all the haters saying he's not actually rich: pic.twitter.com/AtrJKhgWiZ

one plate to gram them all.

This man has one plate pic.twitter.com/3lYrzcwPbB

... and his dad as the personal chauffeur

He refers to his mom as his private chef.

If egotists are your speed hit this one up. 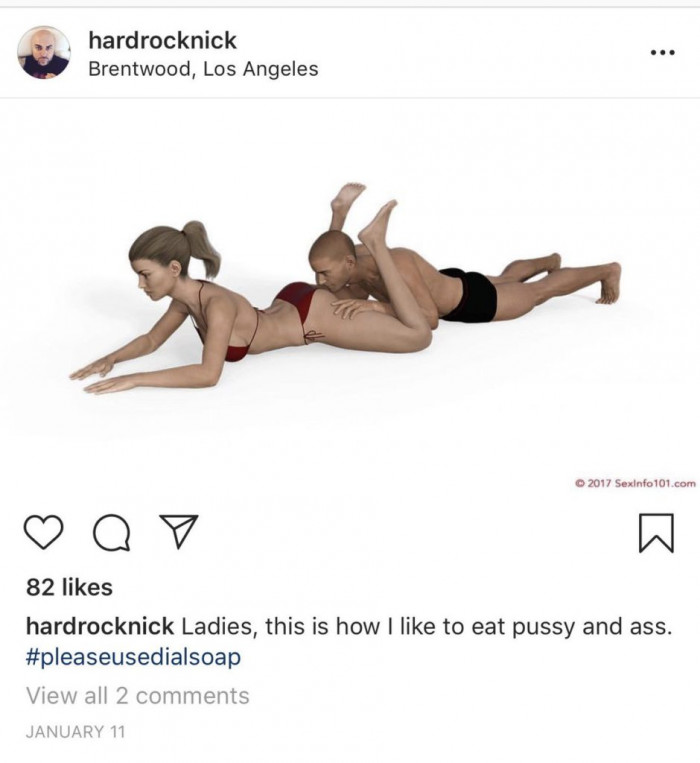