African Fruit Bat Closely Resembles A Dog, Except It Has Wings

Bats are furry mammals of the sky, so they do often vaguely resemble dogs. They're even referred to as 'flying foxes'. But this one in particular is a fruit bat, and it's appearance is a little more than just vaguely resembling.

He literally looks like a dog that has wings!

Some have maimed these pictures as photoshopped and have a hard time believing they're even real.

But one postdoctoral research associate, Nicolas Nesi at the Queen Mary University of London, studies the evolution of fruit bats, and has so graciously shared facts about the species.

“He looks to have a dog head because this is an adult male specimen,” Nesi told The Dodo. “Adult males have a large snout with large lips (that look like a dog’s).” 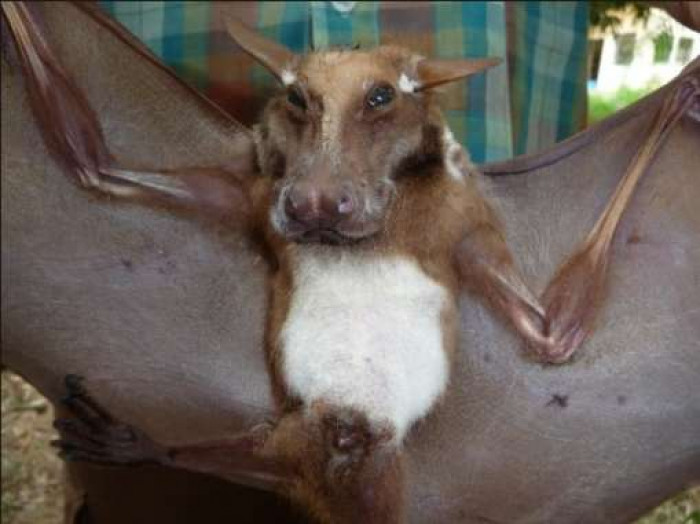 While working on his PhD thesis in 2009, in the lowlands of West Africa, Nesi happened to come across one bat from the species. A Buettikofer's epauletted bat, and it was one of the most impressive he had ever seen. But it's just how nature created them.

The males from this species have epaulettes of long white hair near their scent glands on their shoulders. They can be pulled back or puffed out. However they're primarily used to attract potential mates.

Which would also be what adds to their canine-like features.

“I work with this species, so I know what to expect,” Nesi said.

He looks like his name could be Hank the hound dog, but he's got wings! 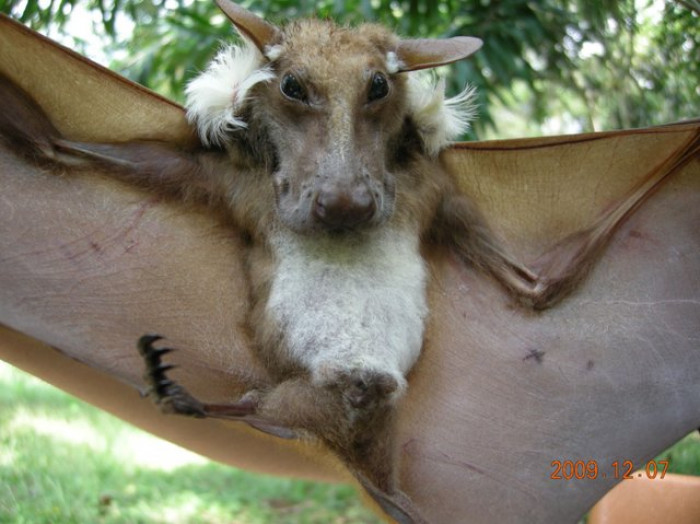 While these bats are interesting to look at to say the least, they're so much more than just an adorable face. Buettikofer's epauletted bats play a vital role in keeping the ecosystems in total balance.

“Fruit bats are very important because by eating fruit they spread seeds, and in doing so, contribute to the regeneration of forests,” Nesi said.

Basically, as dogs are, these bats are very good boys as well!

Let us know what you thought of this remarkable species.

Did you know they existed before this article?

We want to know!