Live television is always a risk because life does not follow the script very well. And what is the way to reduce the chances that something unexpected might happen?

Well, you can choose the safest place you know; your home. Nothing surprising can happen there, right? As it turns out – it could not be more wrong…. With the coronavirus pandemic and many people (and most of the reporters) working from home now, the internet is full of work-from-home mishaps. View the video here.

The latest video comes from the Philippines, where a TV journalist Doris Bigornia had to conduct a live interview with two cats behind her that couldn’t care less about her job. Bella and Nala were involved in a full fight, and the poor woman tried so hard to keep her composure.

The video was so adorable that it went viral in no time. When the reporters got in touch with Doris’ daughter Nikki for comment, she kindly shared some additional info. “I’m 28 years old, born and raised in the Philippines,” the young lady introduced herself, “daughter of Philippine journalist Doris Bigornia. I work in the mass media communication unit of a private company,” she said, “and I am a certified animal lover!

This amusing and chaotic 12-second video gained millions of views

“Ever since my mom started working from home, the cats became a part of their show and viewers would tune in to watch out for the cats,” Nikki says. “The ‘studio’ where my mom airs via Zoom is actually a place where Edward would always lounge or take a nap and since he’s the boss of the house (HAHA), we would let him stay there—on air or not,” she explained.

Nikki also described her own reaction to the incident:

“During the ‘fight’ itself, I was actually in another room, monitoring the live show. And when it happened, I didn’t know what to do! I was so fixated and laughing at my babies, but at the same time, I saw my mom panicking! Hahaha! Thankfully, she was able to keep her cool! The cats are fine, by the way! Bella just wanted to groom Nala, but I guess Nala wasn’t in the mood.” 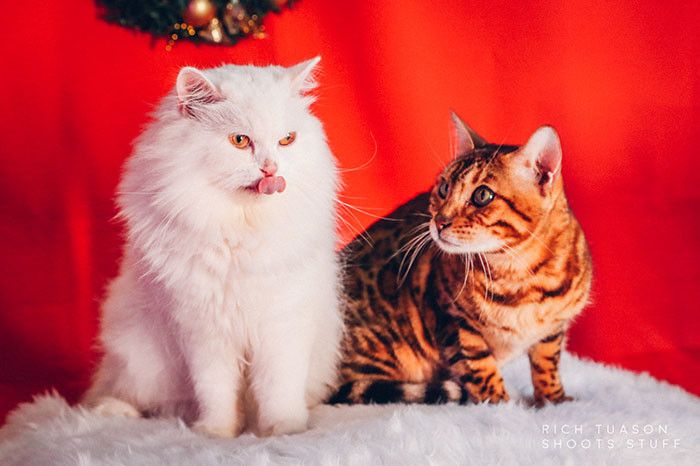 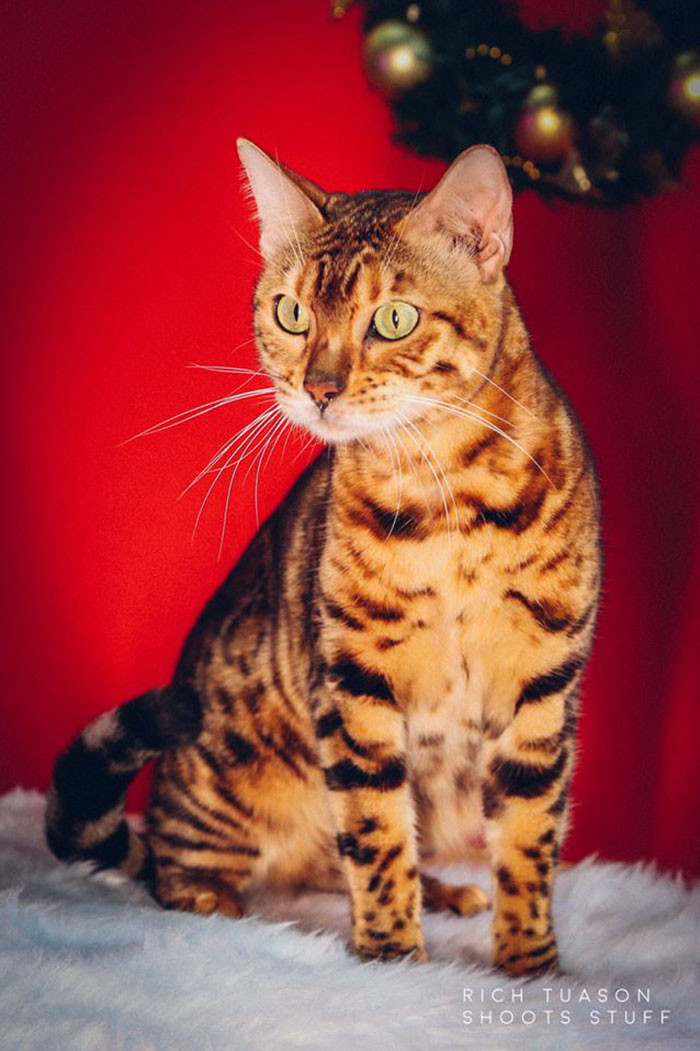 Nikki said they have four cats:

“Edward, Bella Luna, Simba, and Nala, two of which are rescued strays—Edward and Simba. Bella Luna is a mixed Persian and Nala is a Bengal. They all came at the right time of my life, where I believe that, as cliché as it may sound, I didn’t save them, they saved me. To me, they aren’t just my cats or pets, they’re my children and my life.” 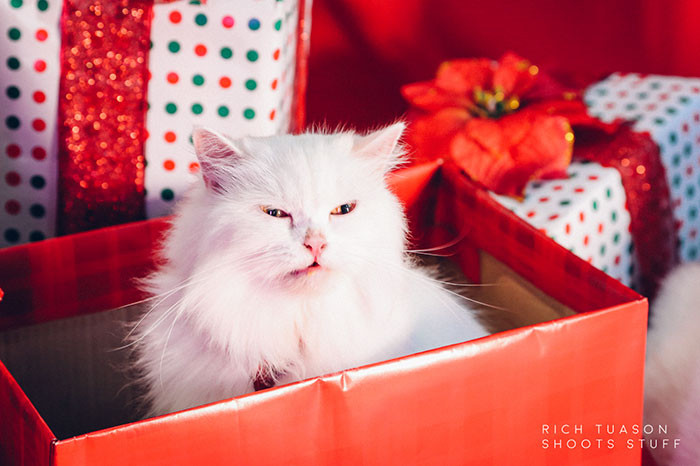 Nikki said that the response to the video has been overwhelming, “I never thought that it would be viral, and it would blow up as it did,” she added. “But I’m just glad that we were able to share happiness, love, and positivity to all, especially at this very uncertain and challenging time,” she concluded. 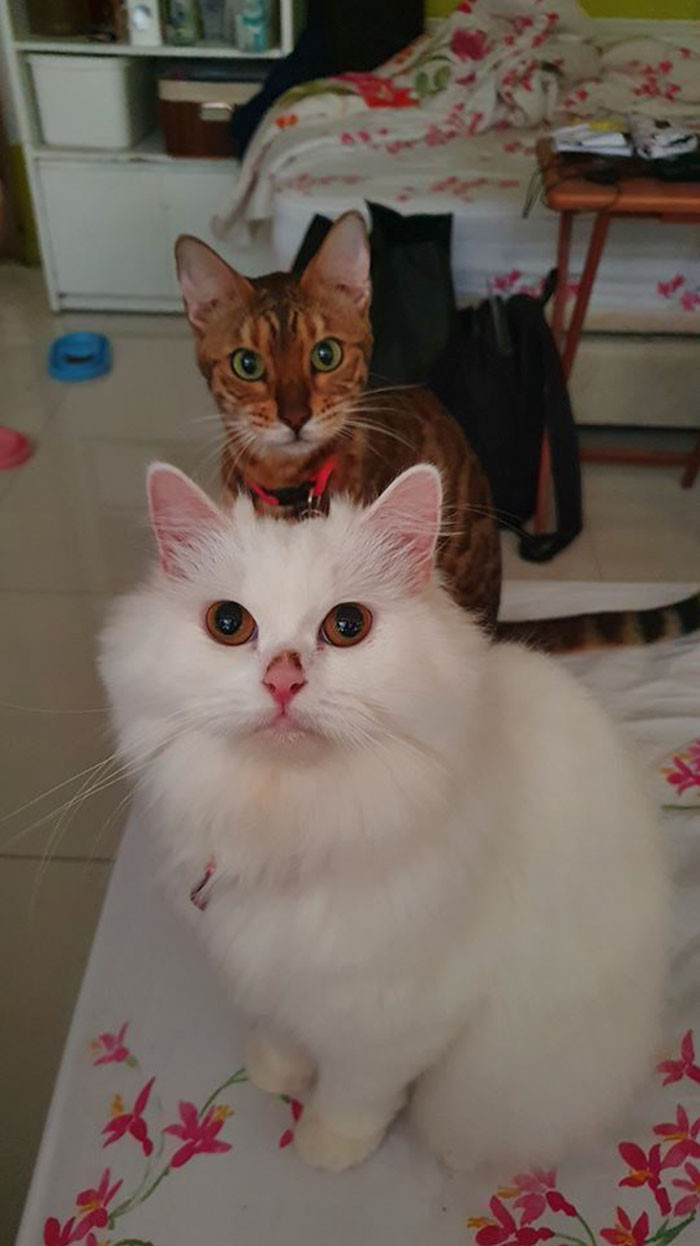 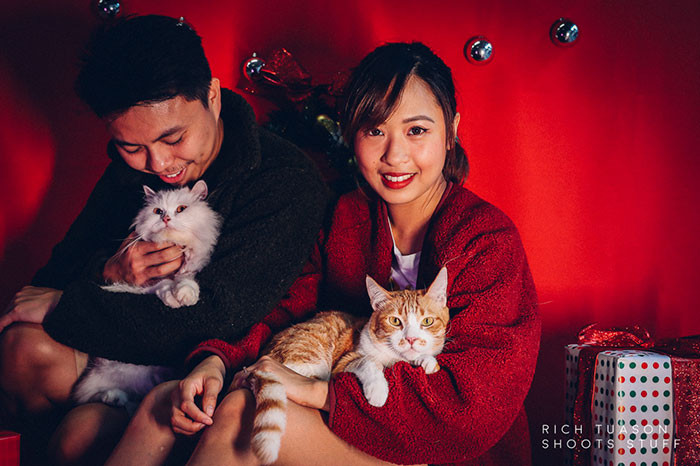 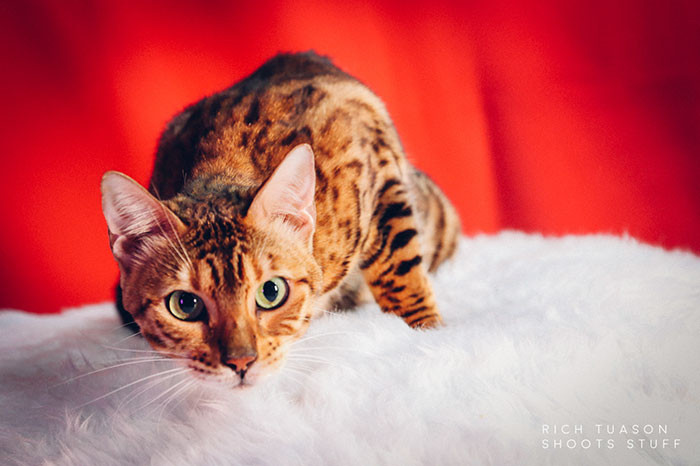 They are not fighting often – they prefer to cuddle:

And the reactions to the video were: 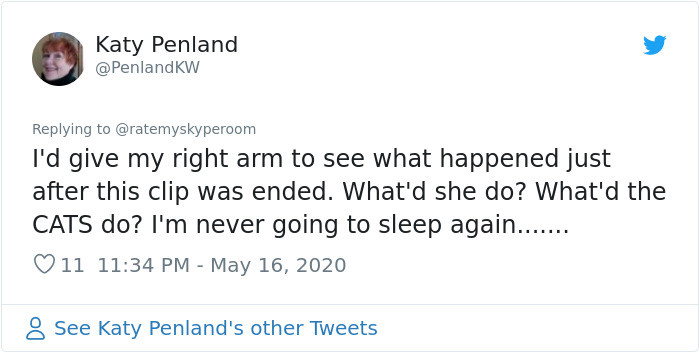 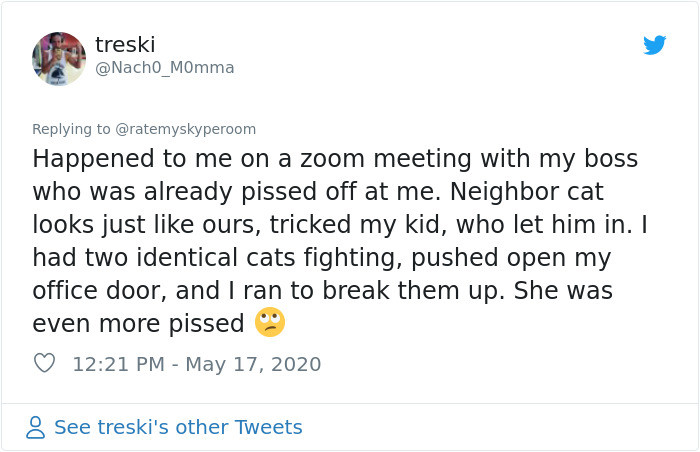 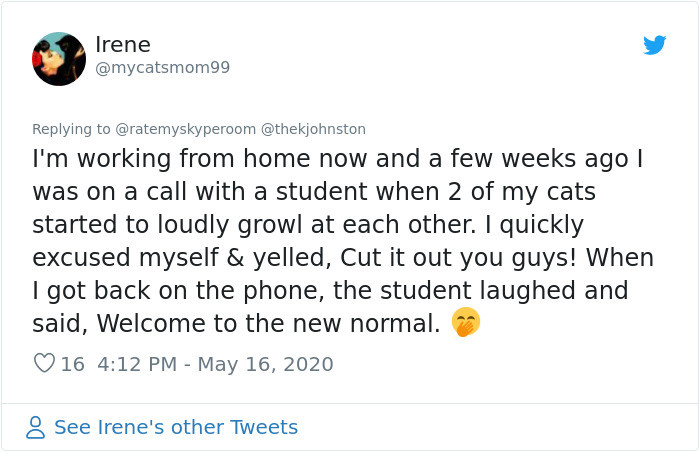 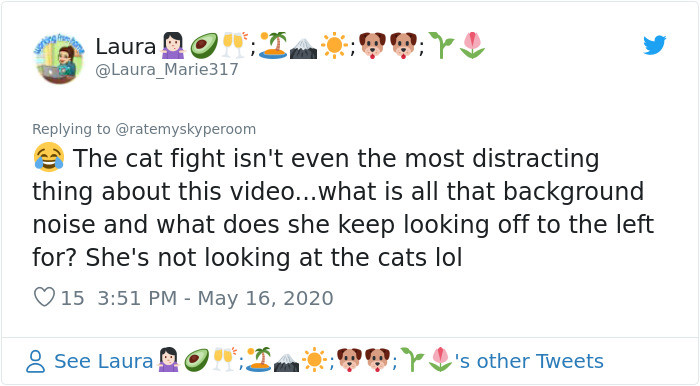