Have you ever had the misfortune of your dog getting loose and running away? It is one of the scariest and most anxiety-ridden moments a dog owner can have. You would give anything just to know that they are safe, warm, and back in your arms as soon as possible.

Unfortunately, not every dog owner seems to feel this way. About 2 years ago, Payden Trujillo was cruising along the highway when she was abruptly stopped by a dark figure running across the snowy road. Luckily, she was able to avoid hitting the object and thankfully so, because it turned out to be a dog. She was small, cold and obviously terrified. 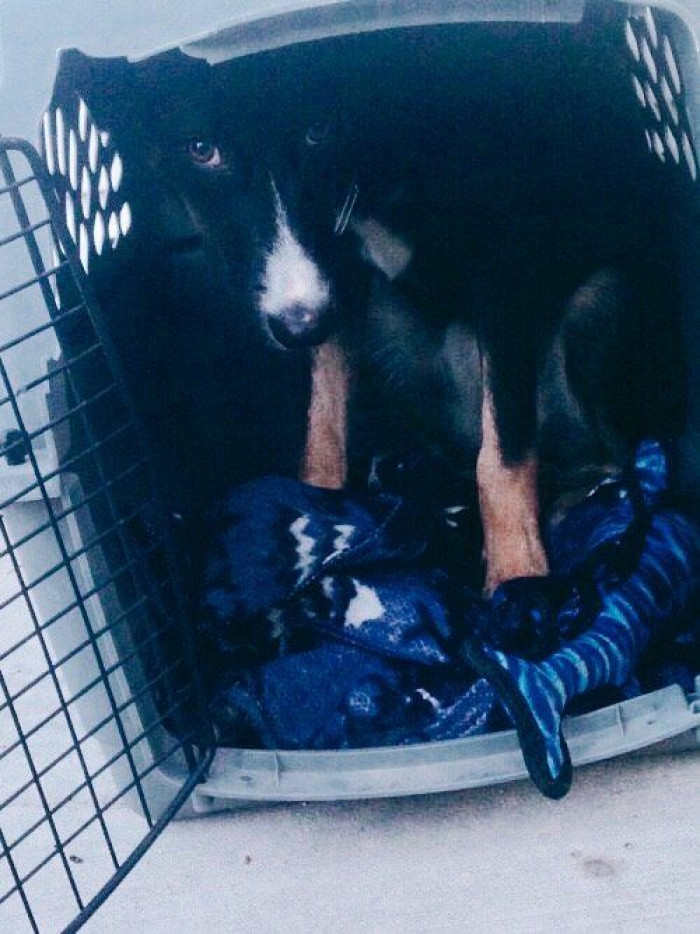 Thinking quickly, Payden was able to locate a snack in her car and lead the dog into her car with it. Like most people would do, she brought the dog back to her parents' house and began her investigation into finding the dog's owners. She checked the dog's tags and was shocked at what she found. There was no contact number, address, or anything that would lead to the owner's information. Instead, Payden found an unbelievably disheartening message on the tag that read, “My name is Lilly, if you found me please keep me. My family can’t and I need love.”

ADVERTISEMENT
If that doesn't break your heart, you have no heart 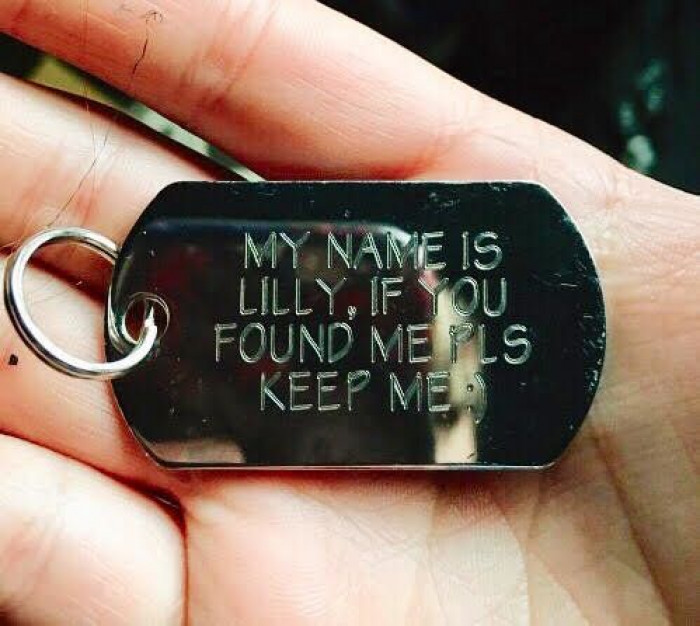 Payden could not believe what she was seeing. “As soon as we saw it, we knew nobody was out there looking for her,” said Mercedes, Payden's sister. She also noted that there were a number of no-kill shelters in their area and the owners could have easily dropped the dog off to one of these rather than abandoning her on the side of the road to possibly die.

Can you imagine being that heartless?! 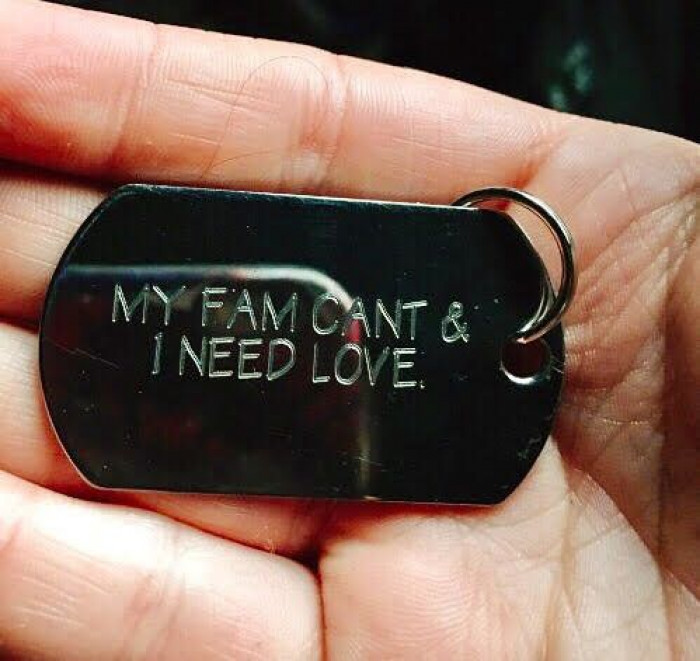 Lilly was terrified and abandoned so Mercedes knew in her heart that they had to take her in and care for her. The dog was in terrible condition, Mercedes noted, “She was really skinny and had frostbite on her paws, so she had to have been out there for some while,” It seems quite obvious that Lilly was abused and had been for quite some time,

ADVERTISEMENT
She suffered from injuries, hunger, and neglect 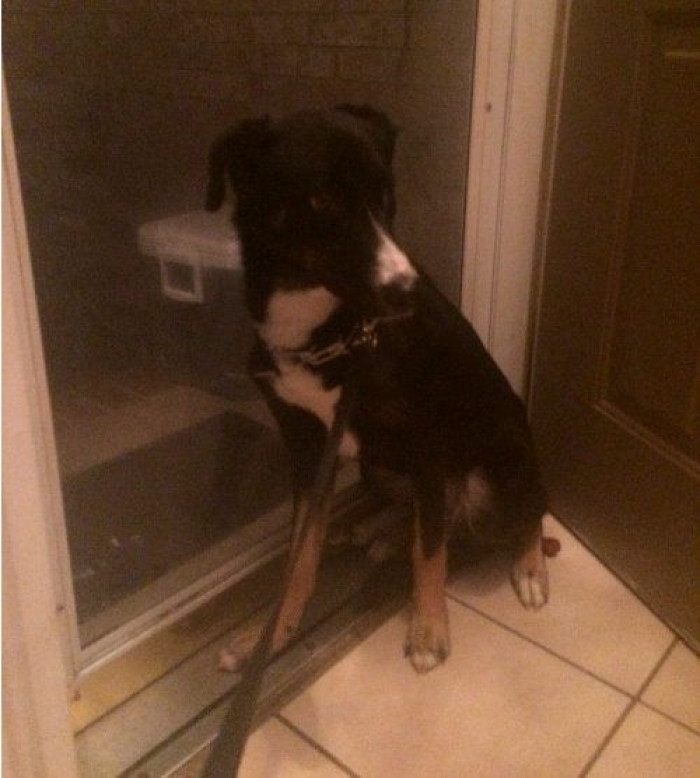 Lilly began to heal as Mercedes and her family cared for her and treated her back to health. However, because of the anxiety of being abandoned again,  she began to act out and destroy things around the house if she was left alone for brief periods of time. Mercedes was staying with a family friend and they finally had enough of Lilly's destructive behavior and asked them both to find another place to live. "Her separation anxiety was really bad at first, so we just kind of kept friend-hopping for a place to stay because nobody really wanted her in their house.”

ADVERTISEMENT
And her heart, when she took her in as her own 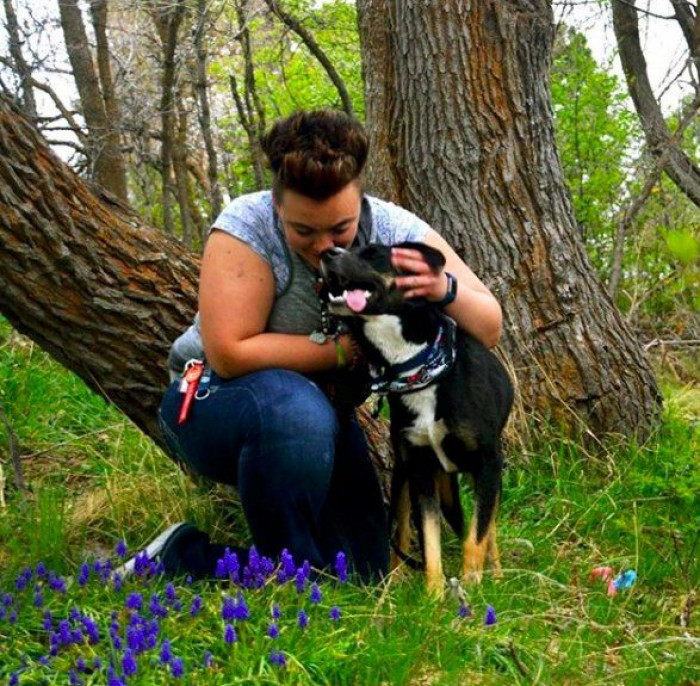 Mercedes grew to love Lilly so much that she moved from place to place until she finally found a home that would allow her to keep Lilly, which happened to be on her university's campus. Lilly was able to successfully adjust to the move and over time, she was able to stay by herself in the home without extreme separation anxiety. Lilly proved to be well-behaved and comfortable around women, but she really became scared around most men. Because of this, Mercedes, with permission from her professor, began bringing the pup to class so that she could be around more men and become comfortable in their presence. 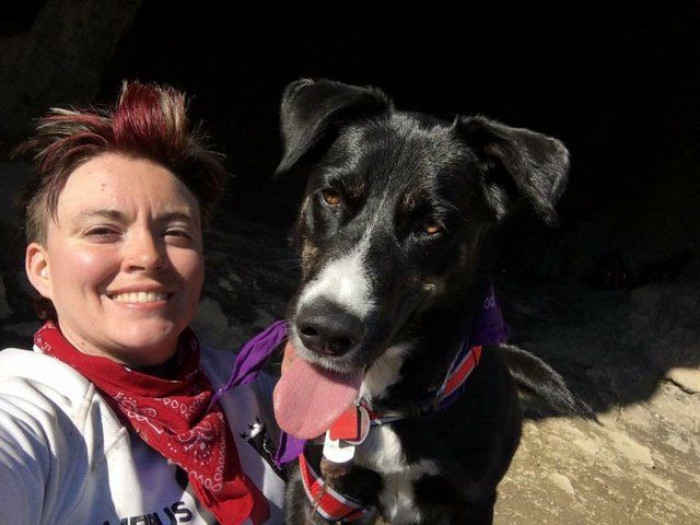 Mercedes began to pick up clues about what Lilly may have gone through prior to adopting her. She noted, “I’m thinking her former owner may have been a man, because, before, we couldn’t even pass by a guy without her lunging at him,”  She went on, “Since I’m a mechanical engineer, I was surrounded by guys in my classes, so she sat with them and got to know them on her own terms.”

ADVERTISEMENT
She is happy, curious, and well cared for 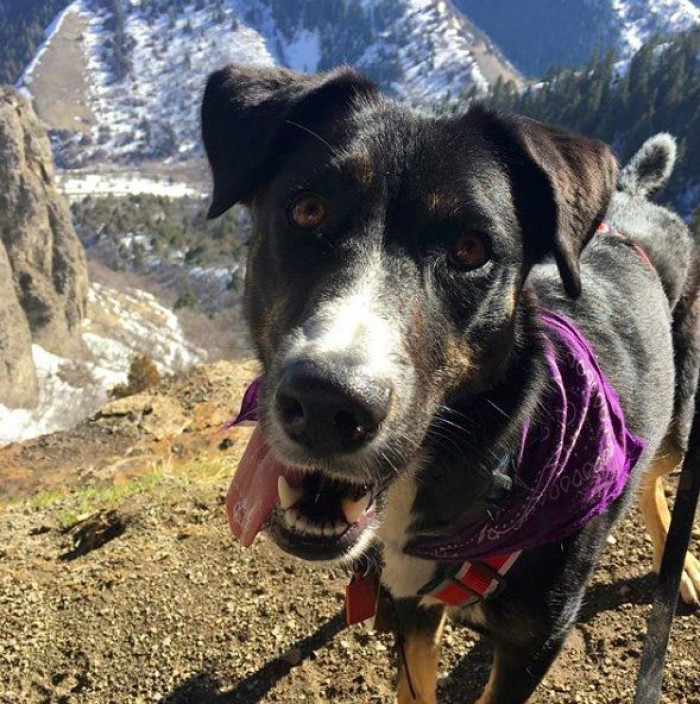 On the 2 year anniversary of Lilly coming into their lives, the Trujillos are happy to report that Lilly is completely rehabilitated. Instead of being fearful, malnourished, and abused, she is now loved, curious, and cheerful and loves going on regular hikes. 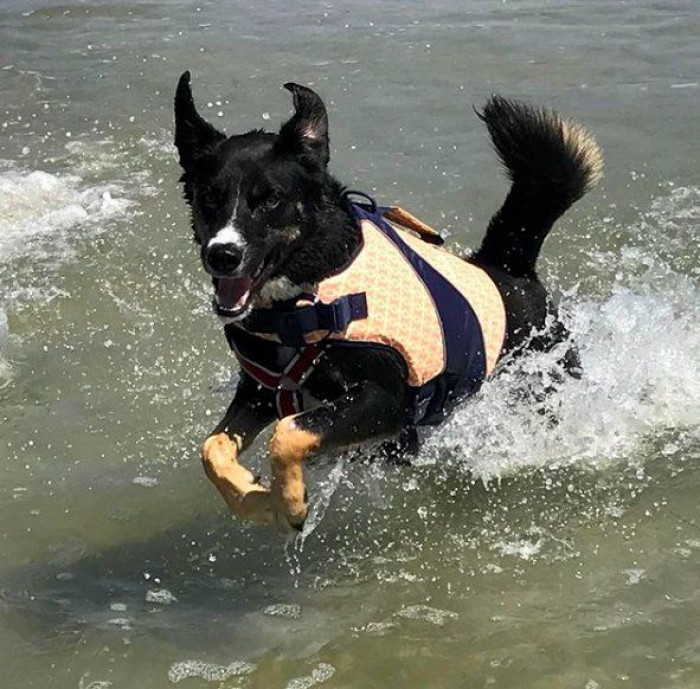 Lilly isn't scared of many things these days and truly enjoys all the love and fun she gets to have on a regular basis. Mercedes said, “Lilly is a complete 180 from the scared puppy she was two years ago,”

Our hearts are officially full now.