When you hear the word circus, the first thing the majority of people will think of is the animals, most notably the lions and elephants. Unfortunately, these amazing creatures are mistreated and forced into unnatural behaviour, just so that they can perform tricks for human amusement.

An informational piece written by the RSPCA shows that exotic animals in circuses are kept in spaces too small for them, they do not get the required socialising that they need, and are constantly being restrained and trained to make them perform their tricks. However, a German circus has decided to swap out their animals for holograms instead, fighting back against animal cruelty in their industry.

Since 1976, Circus Roncalli has had animals in their circuses.

While the show no longer has animals in the flesh, it still features giant projections of them thanks to Optoma. The arena has 360° visibility over 105 feet (32 meters) and is 16 feet deep (5 meters) thanks to 11 ZU850 projectors.

This was made possible by Roncalli's agency, TAG/TRAUM partnering with Bluebox.

Birger Wunderlich from Bluebox, who was a part of this project said:

"We have been using Optoma projectors for 6 years and have consistently had a very positive experience in price, performance, and reliability. We needed a high contrast projector with great colors for the 3D effect and the ZU850’s 2,000,000:1 contrast is perfect for this project.” 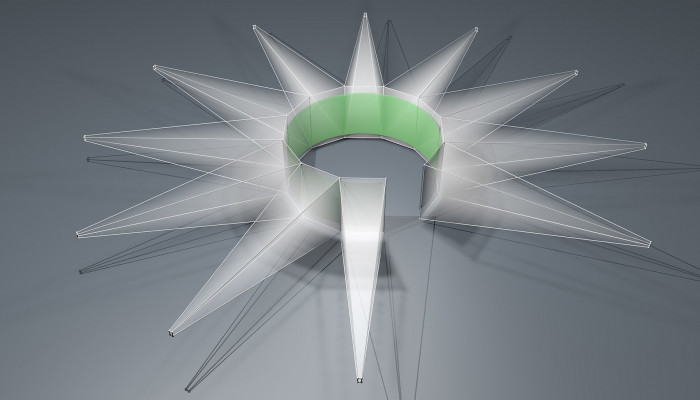 Activists have accused circuses of beating, starving, and keeping animals in unsanitary conditions.

The UK government currently has legislation before them that would ban the use of exotic animals from traveling circuses from 2020.

This may result in other circuses converting to holograms instead.

Many people are praising this move.

I would honestly rather see a huge elephant hologram than a real one in a tiny enclosed circus. this shit is cool af https://t.co/uvvhuZFAcK

Hopefully this will be the new standard for circuses.

That holographic circus looks amazing! I have to go one day!

Seems like the magic has returned to the circus.

Well done, to this German circus for using modern technology, instead of suffering wildlife to entertain your patrons. Proof animals are not necessary. 👏🏻 👏🏻 https://t.co/NZXiXtnpYU

Honestly, I didn't realise technology was this good either

Wait, wait, wait, holograms exist? And they’ve been around long enough to be affordable to a circus? What rock have I been living under? pic.twitter.com/e3UU83VuAp

Everything makes a difference!

Seeing lists for how to conserve and save the planet, holographic animals at a circus, and beach clean ups????? I see progress and I am lovin’ it let’s stick to it bc sometimes I’m ashamed to be human.

What do you think? Check out the video below!