A Bolivian Monastery Adopted A Dog And Named Him Friar Mustache

You've all heard of good boys, now prepare yourself for holy boys. St. Francis Monastery in Cochabamba, Bolivia has adopted a local street dog, and he has immediately been allowed into their ranks as a monk. No we're not joking.

The devout pupper has slotted right into his duties with the other monks, being given the traditional robe, his own habit (monks quarters) and duties. The best part? They named him Friar Bigotón which directly translates to Friar Mustache. Amazing, we know. The monks hope that their example will lead to other monasteries or churches follow in their footsteps and take on a holy boy of their own.

Look at his little robes! 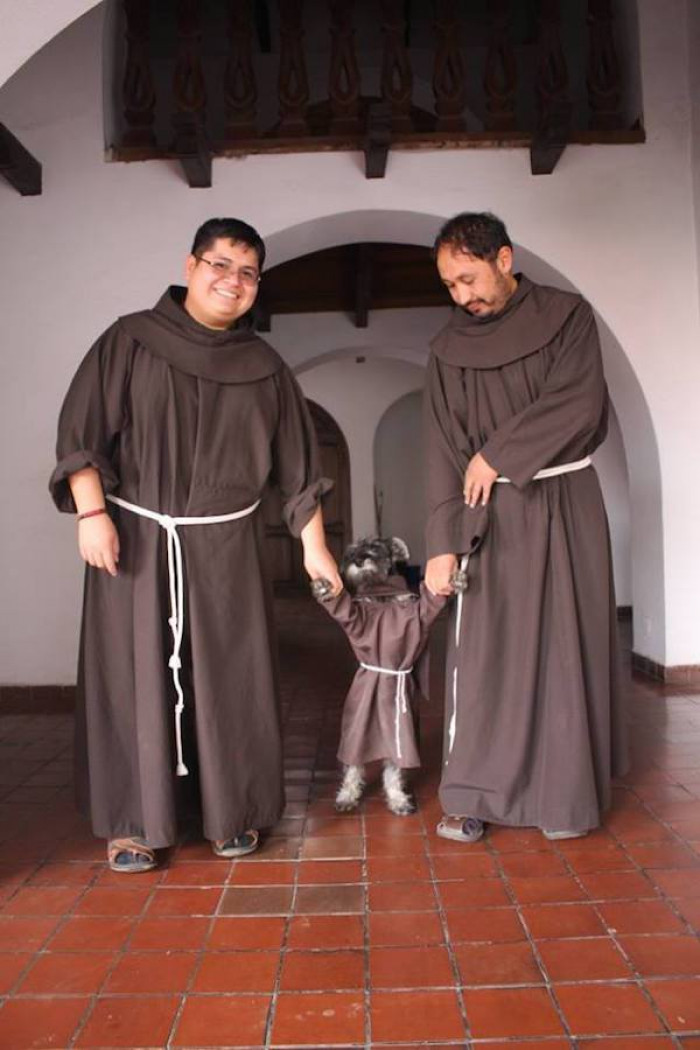 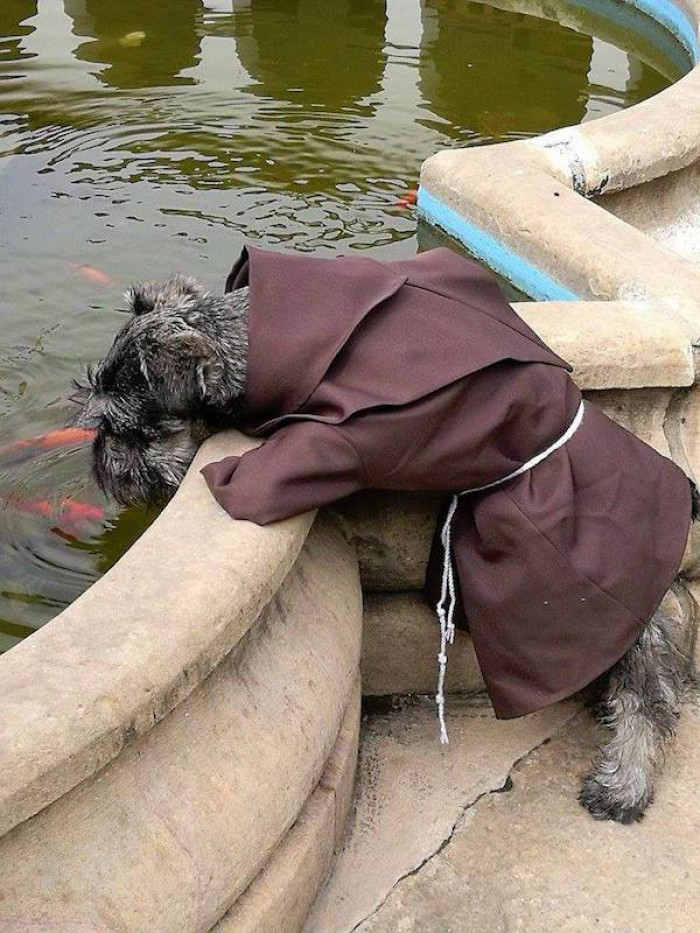 The monks hope this success story will lead to helping fix the large issue of homeless street dogs in Bolivia by pushing people to adopt as well. 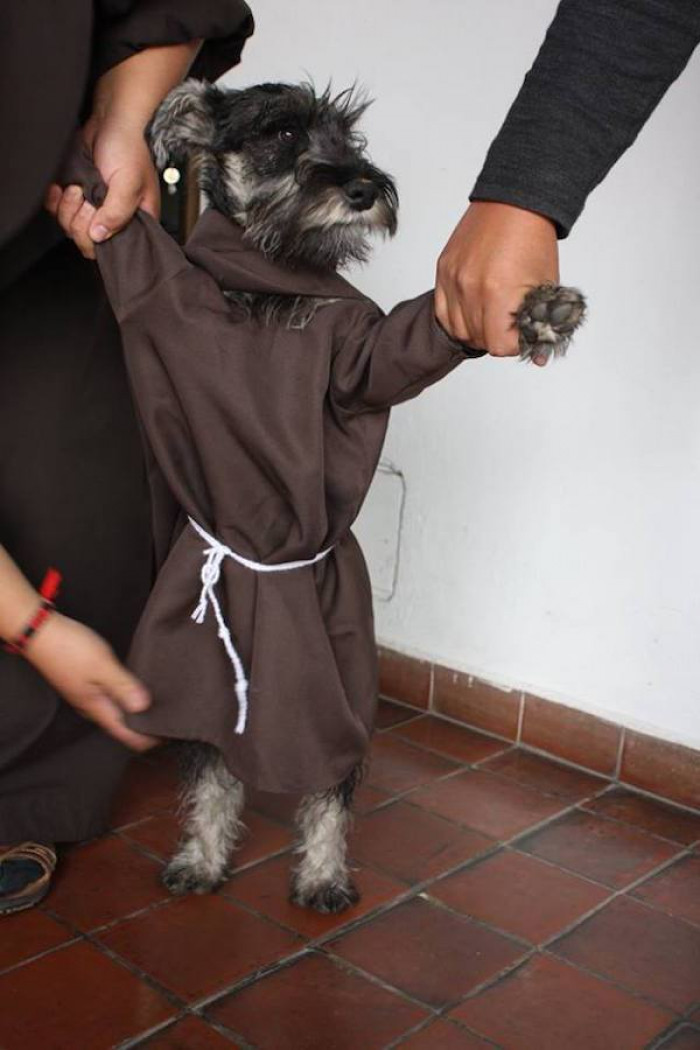 On his way to prayers I presume. 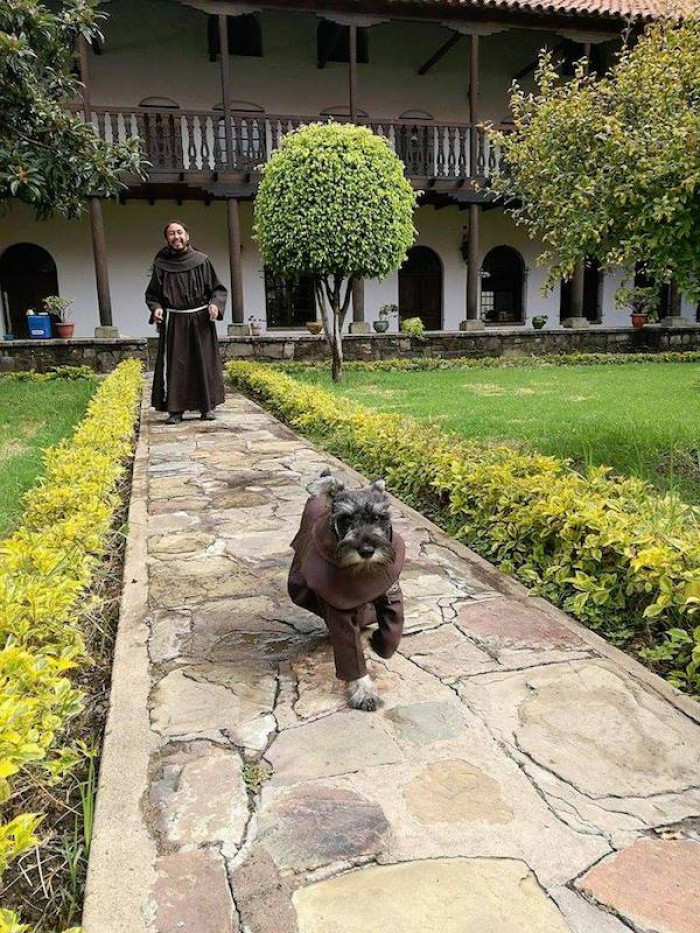 Friar Mustache's duties involve running around the monastery and playing with the monks, as well as aiming to aid other dogs that came from the same background as him. 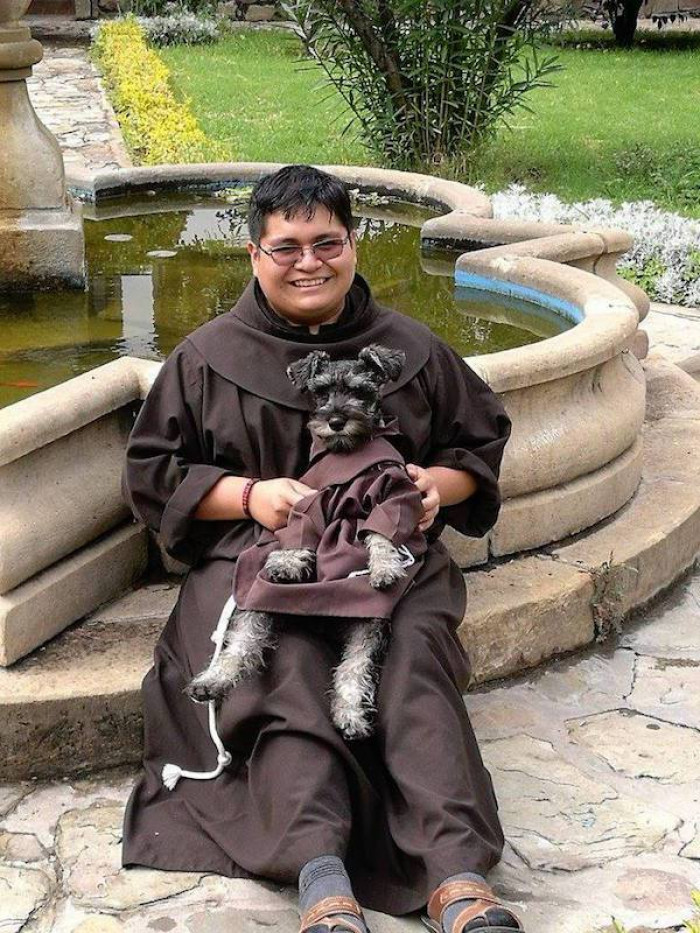 Big day of work has left this Friar Tuck-ered out 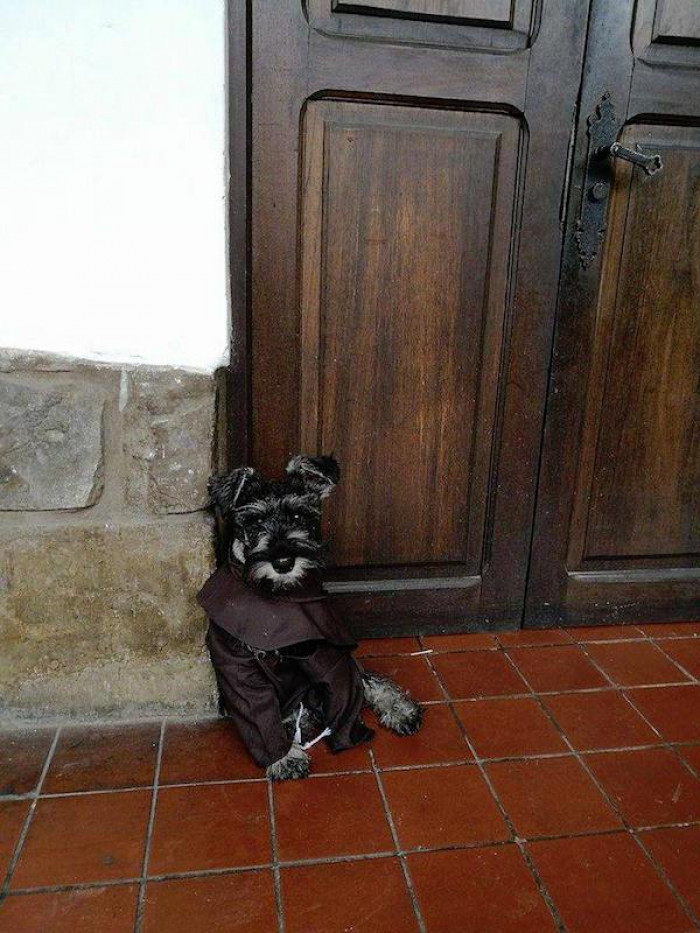