One of the most devastating realities of today, is that as humans, we destroy.

There are tons of activists out there that are fighting for change. As they should be. Deforestation is an issue all over the world.

In California, in Alaska, in Cambodia, the Brazilian Amazon, & Indonesia, just to name a few. People are laying their lives on the line to save the trees. Some even losing their lives because of it.

But nature compelled this brave orangutan to stand up, & he's caught on camera, fiercely trying to save the only home he's ever known, in West Kalimantan Indonesia. Being no match to the excavator, the poor thing falls into the debris below.

This particular logging crew has decimated an entire section of the Sungai Putri Forest. Which is home to an endangered species of orangutans, the Bornean.

Face to face with the bully dozer 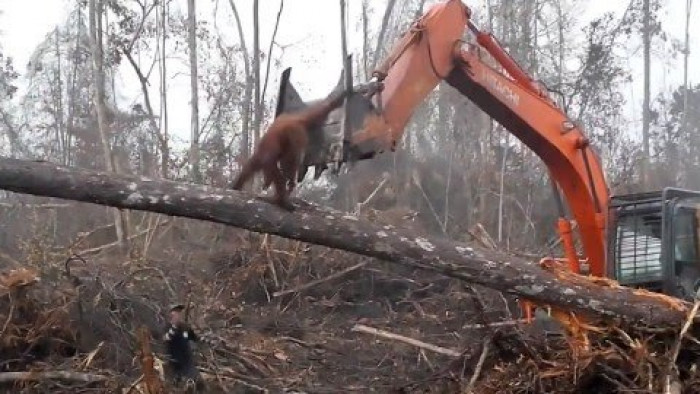 Luckily for this brave one, the Inernational Animal Rescure (IAR) was nearby to help relocate this courageous animal to safe, protected territory within the forest.

Unfortunately scenes just as this one, have become more and more frequent in the same area. The Sungai Putri Forest is one of the last homes left for the Bornean orangutans that live in the wild.

Since the 70's, this species of orangutans has lost over half of their natural habitat due to logging operations. Some crews will even go as far as to shoot the apes if they attempt to return to where they've set up camp.

Tumbling below into it's destroyed home 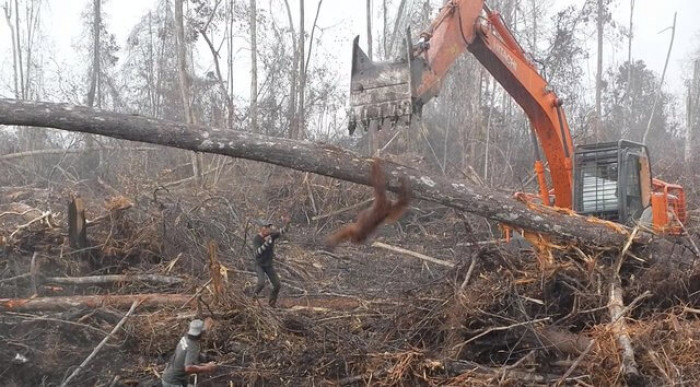 “Habitat destruction forces orangutans to enter neighboring plantations and farms looking for food, and this frequently leads to conflict with humans.”

“Sungai Putri is home to one of the largest populations in the world, and we are at a critical point for the Bornean orangutan, without forests like this they can’t survive.”

Watch the startling footage below.

Full video taken by a bystander

These People's Pets Stole Their Partners And It Is So Cute