JingJang the horse has lots of people buzzing over his overly-dramatic shenanigans that were caught on camera and spread across the Internet like an out of control wild fire. Frasisco Zalasar shared a compilation video he made of JingJang on Facebook, amused at the horsin' around actor's ability to "play dead," whenever anyone wanted to ride him. To date, it has been shared over 653,000 times, that's how popular it is!

JingJang's desire to avoid his daily chores and being ridden by his human companions appear to be a mentality the people of the Internet can relate to, as his dramatic responses to responsibility are precisely the sort of thing we've all felt at least once. 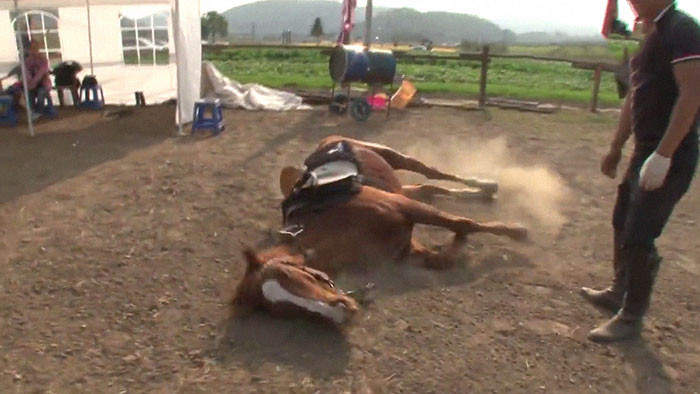 The video was initially compiled by the Kritter Klub, then it was uploaded on 4 October 2019 and quickly clocked in over 23 million views on Facebook alone. 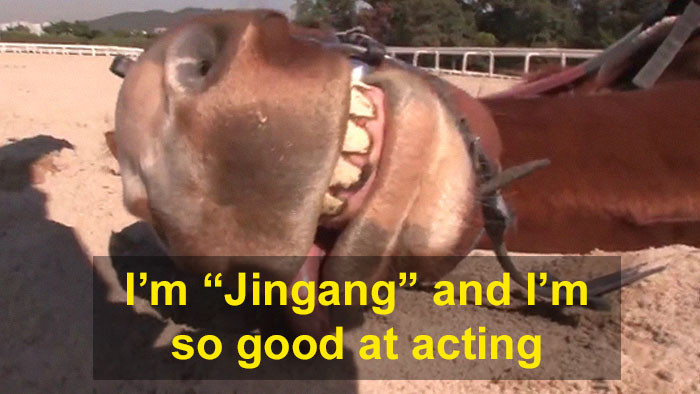 Some animals "play dead" to avoid predators. And then there is JingJang. 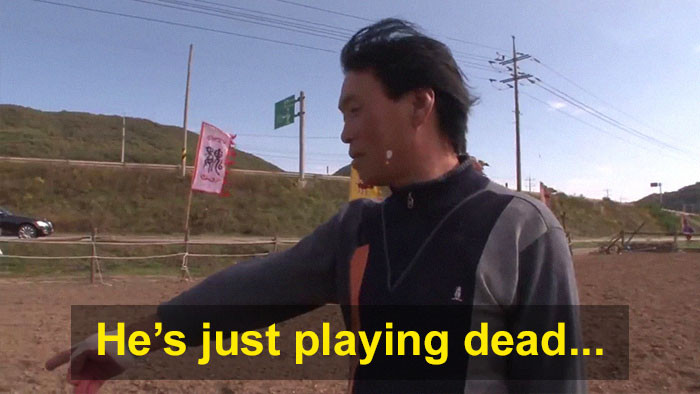 JingJang lives on a ranch, so his owners are trying to teach him skills that would make him useful. When he acts up, which he does every time, the other horses on the ranch seem unimpressed with his antics. 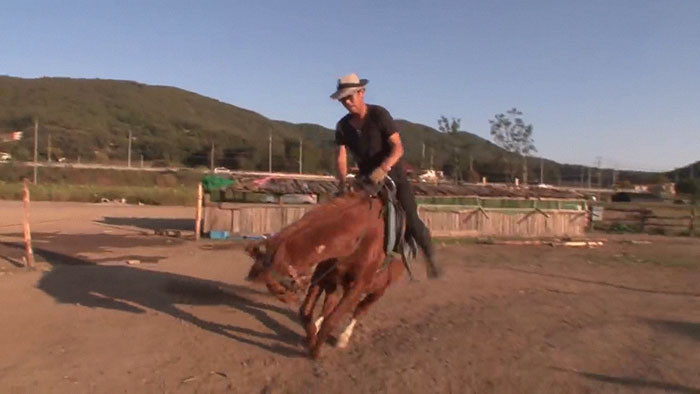 Horses are fascinating animals, did you know they can run within hours after birth? 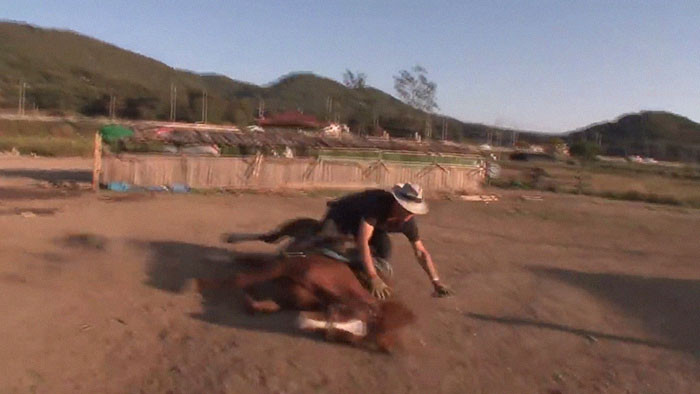 Horses are also quite intelligent, they use their ears, eyes and nostrils to express their mood. Using their ears to communicate is made easier because they have 16 muscles in each ear, allowing them to rotate their ears an impressive 180 degrees. 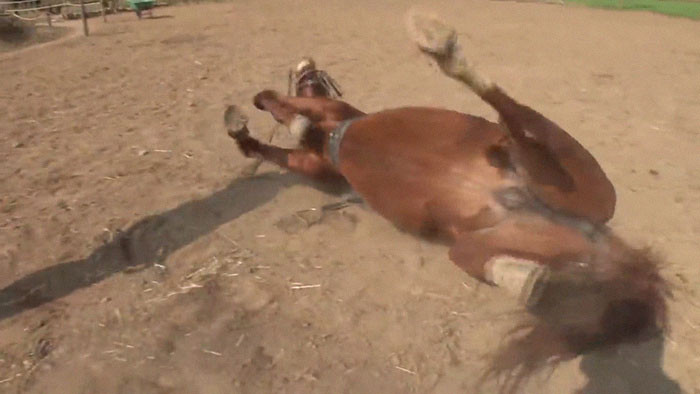 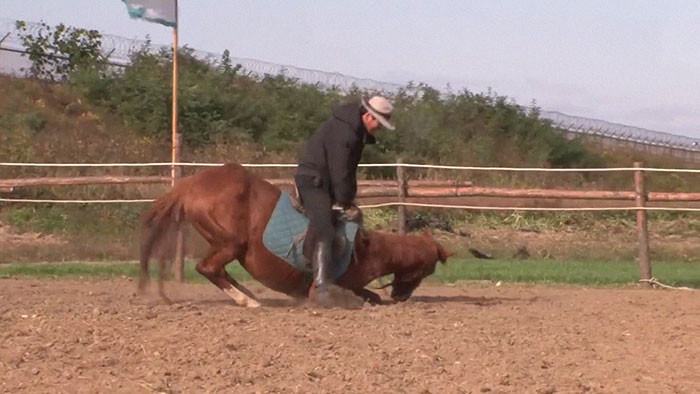 In fact, when you see that a horse is ‘laughing,’ the animal is actually doing a nose-enhancing technique called ‘flehmen’. 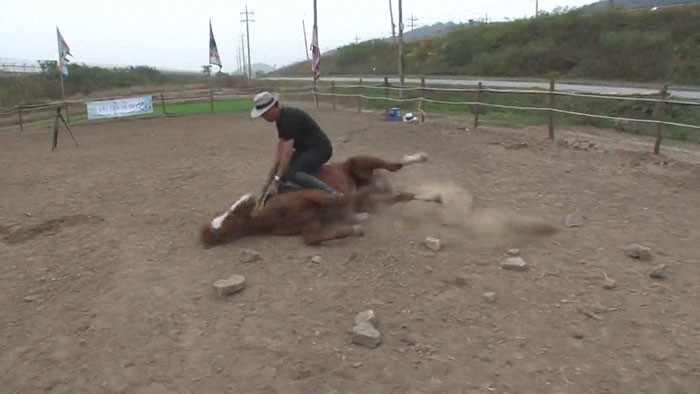 Speaking of teeth... one can generally tell the difference between male and female horses by their number of teeth: males have 40 while females have 36. 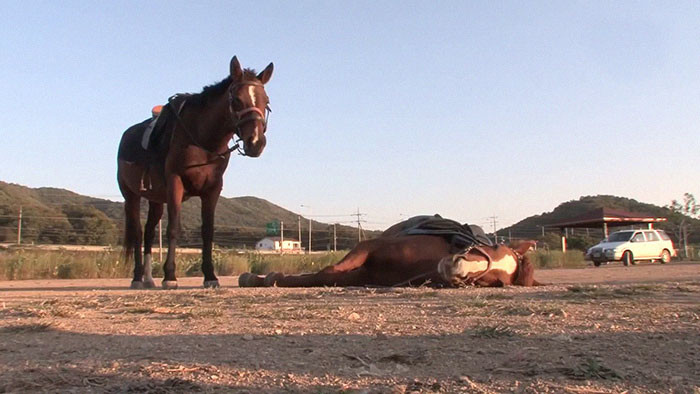 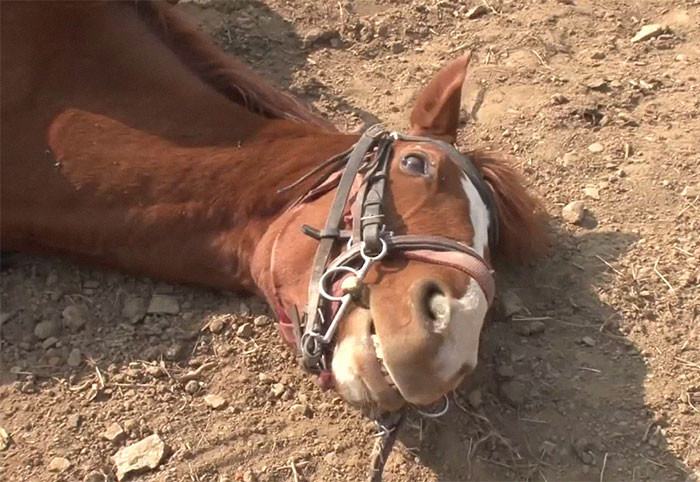 Horses like sweet flavors and will usually reject anything sour or bitter, carrots are slightly sweet and that is why horses are notoriously known for enjoying them (right alongside apples!) 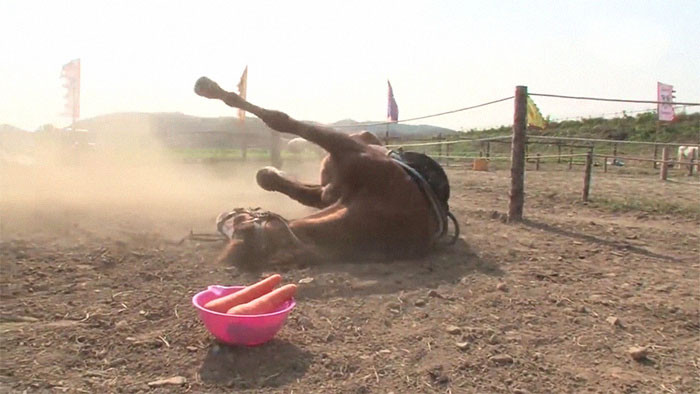 Horse hooves are made from the same protein that comprises human hair and fingernails. According to rspca.org.au:

A domestic horse is unable to wear their hooves down as nature intended. Wild horses maintain their own hooves by moving many kilometres a day across a variety of surfaces. This keeps their hooves in good condition as the movement across abrasive surfaces wears (‘trims’) the hooves on a continual basis. Unshod domestic horses rarely move enough to wear down their hooves correctly and the hooves of shod horses do not wear at all as horseshoes prevent any wear from occurring. 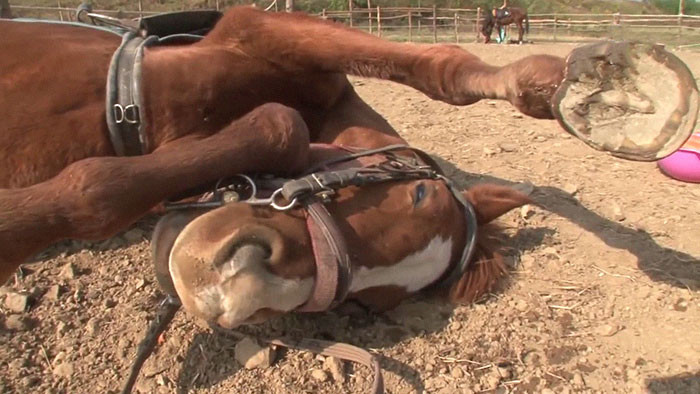 Horses have about 205 bones in their bodies. 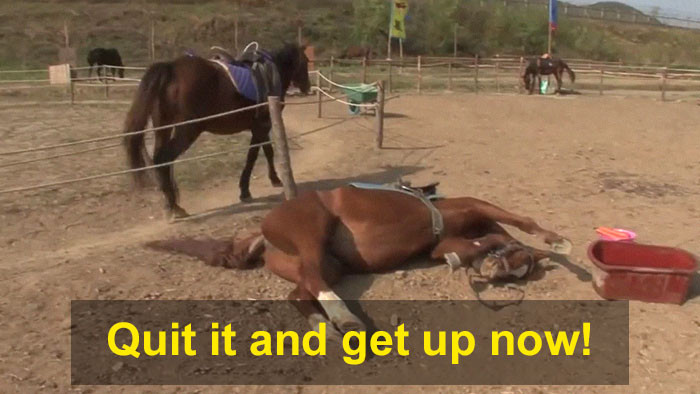 There was a time in history when humans thought horses were colorblind. It turns out they're not, but interestingly they are better at seeing yellows and greens than purples and violets. 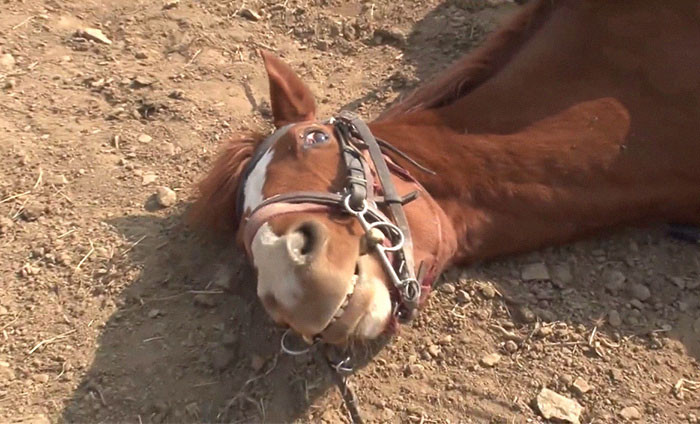 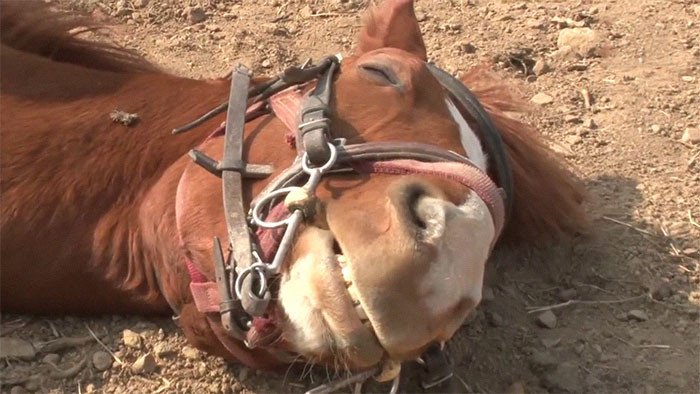 Horses only need around 3 hours of sleep per day and they are capabl of sleeping standing up or laying down. 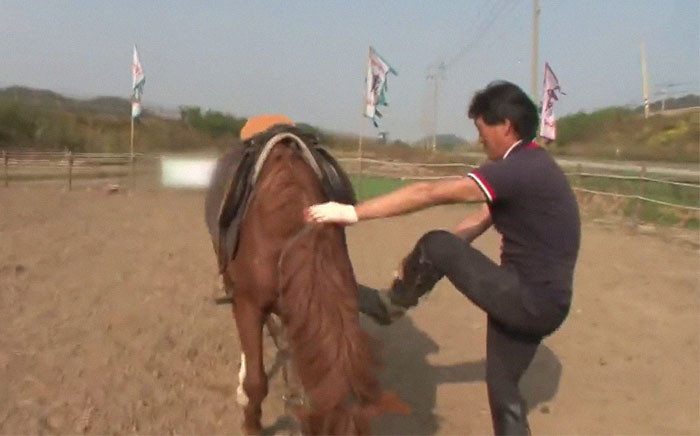 In 2017, NPR reported on a Japanese study regarding horse intelligence and determined

Communication could be a two-way street. Horses do try to communicate with humans. Most of us just don't try to learn their language. Horses are highly social animals. In a natural state, they depend on each other for information that provides for the survival of the whole band. If a predator, for example, appears on the horizon, one horse immediately alerts the others through a wide variety of signals. Snorting, pricked ears and stamping are only a few of these signals. There's no reason why they wouldn't try to communicate with humans as well. 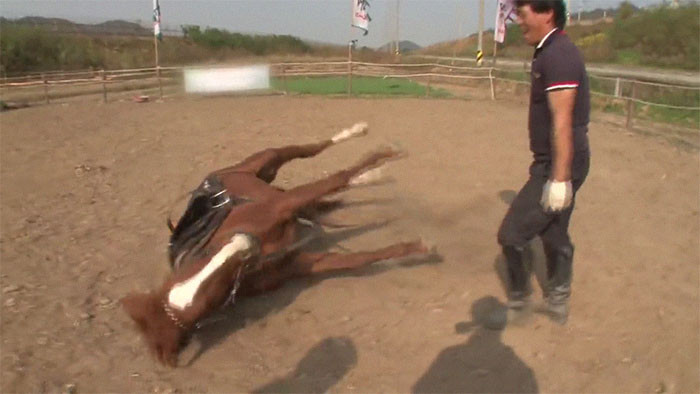 The research shared told us "that horses think carefully about what's going on around them." So, it's not unrealistic to assume JingJang is genuine in his behavior. 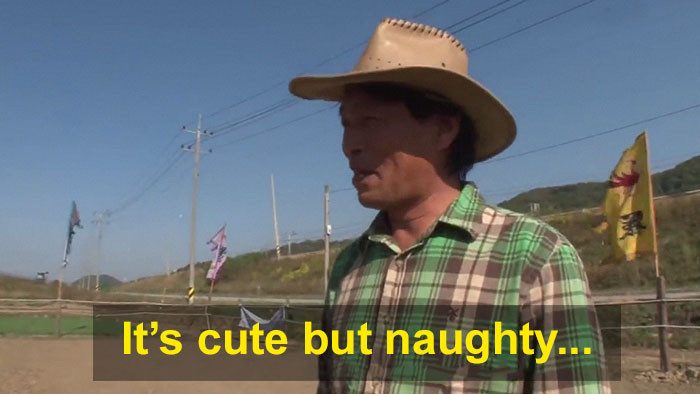 But don't let these stills fools you, the video is absolutely hysterical and you can watch it, too!

People were quick to chime in, naturally.

Is he a very clever horse or a very naughty horse?

"Are they still looking?"

Is this a conspiracy? Perhaps.

What do you think of JingJang's antics? Did you learn anything about horses today? Let us know in the comments.

These People's Pets Stole Their Partners And It Is So Cute