Jan Bailey and her husband Ian were on a taking a walk through a park near their house in England when they noticed another couple working on a construction project. They saw a pair of local birds, called coots, constructing a nest in the pond. One of the birds remained in the nest, while her mate was busy gathering building materials. But finding them was quite a challenge.

“As the banks are quite steep, the coot was having to swim a long way to fetch twigs,” Ian said. So, Jan and Ian thought they should help. They collected some branches and sticks on shore and started placing them in the water close to the nest. The bird quickly recognized what they were trying to do. 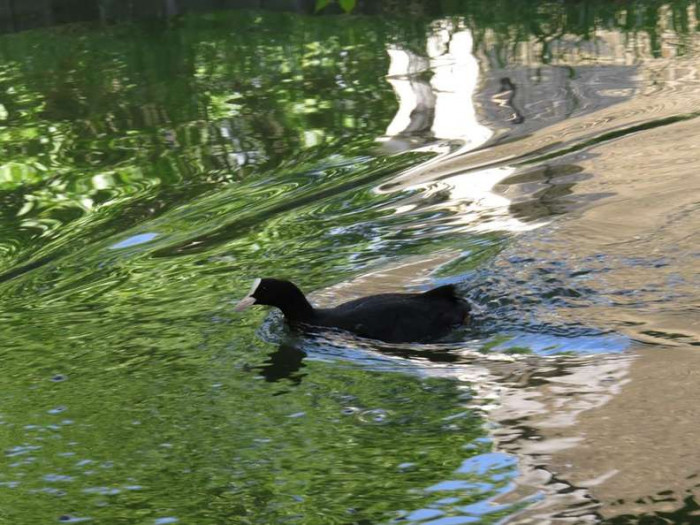 The bird then started swimming to the Baileys and taking the branches from their hands. "He gladly took them," Ian says. "We were surprised and thrilled. They seemed to understand what we were doing."

Here is the video:

This interspecies partnership went on for a while, but thanks to the humans, the birds got their nest completed in record time. The greatest reward was when, a couple of weeks after that, while walking through the park again, Ian and Jan saw that the nest was full of young chicks. 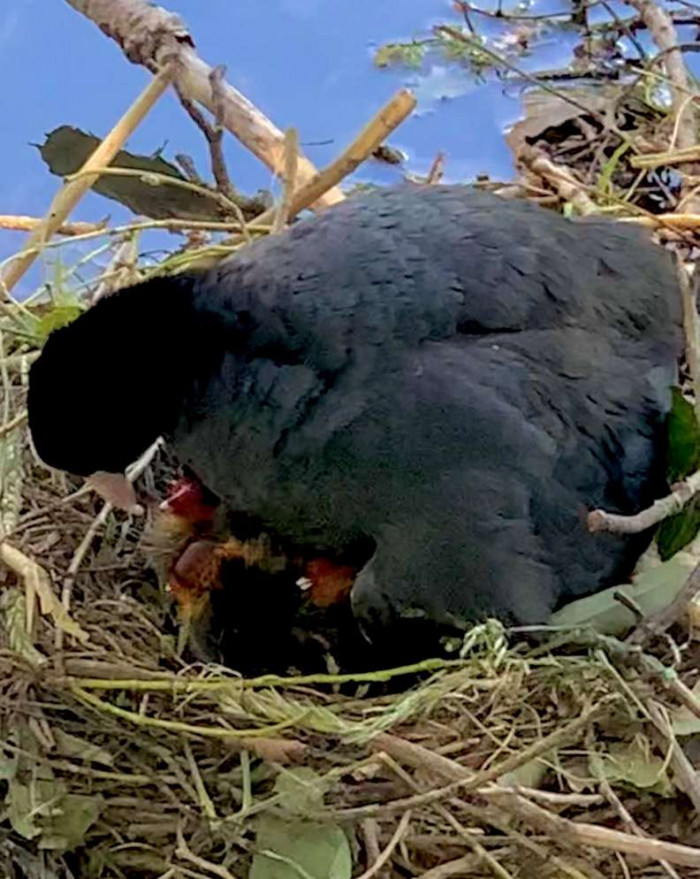 The chicks were warm and safe in the nest that Baileys helped build. Their parents were surely thankful for the help they've received. "I'm sure they would have done it without us, but it was very satisfying," Ian said.