Teen Held His Own Prom With His Dog, And The Photos Are Perfect

Like many other teens this year, Josh Roberts' high school prom had to be canceled due to COVID-19. But Josh wasn't about to let the special occasion pass by without doing something memorable. No way!

Josh took matters into his own hands and decided to hold his own prom. But who would be his date? His beloved dog, Reba, of course!

"She's my everything," Josh said. "We've had her since she was a little puppy, and now she's 10. It wouldn't have been the same if she wasn't included."

Josh's sister, Mackenzie, explained that the pair have a genuinely unique bond, "Josh is her boy. Reba sleeps on his bed next to him every night," she said.

Mackenzie even helped with Reba's dress, giving her one of her old ones to wear. Josh's aunt, Tommie, a photographer, volunteered to capture some sweet images of the special day. 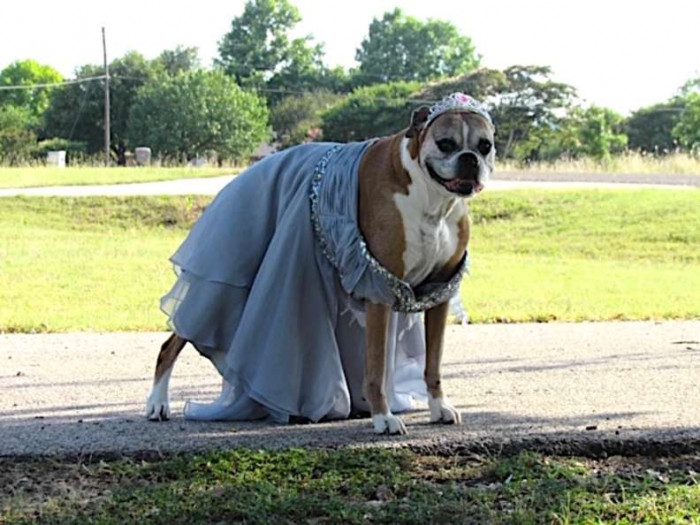 "She has always been a little diva," Tommie said. 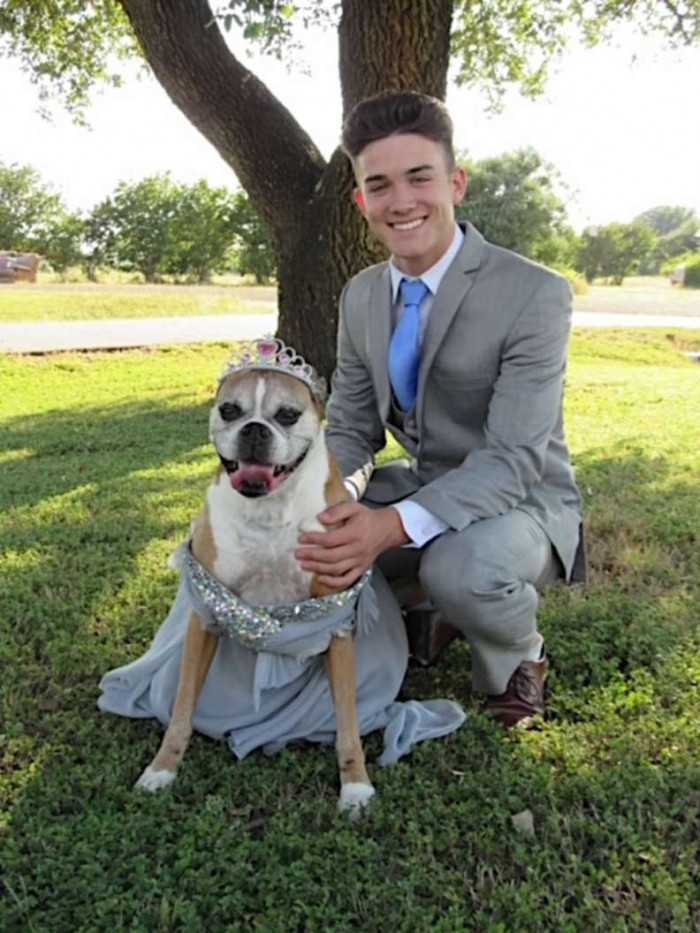 "She really loves attention and her being in a dress made her really happy," Josh added. 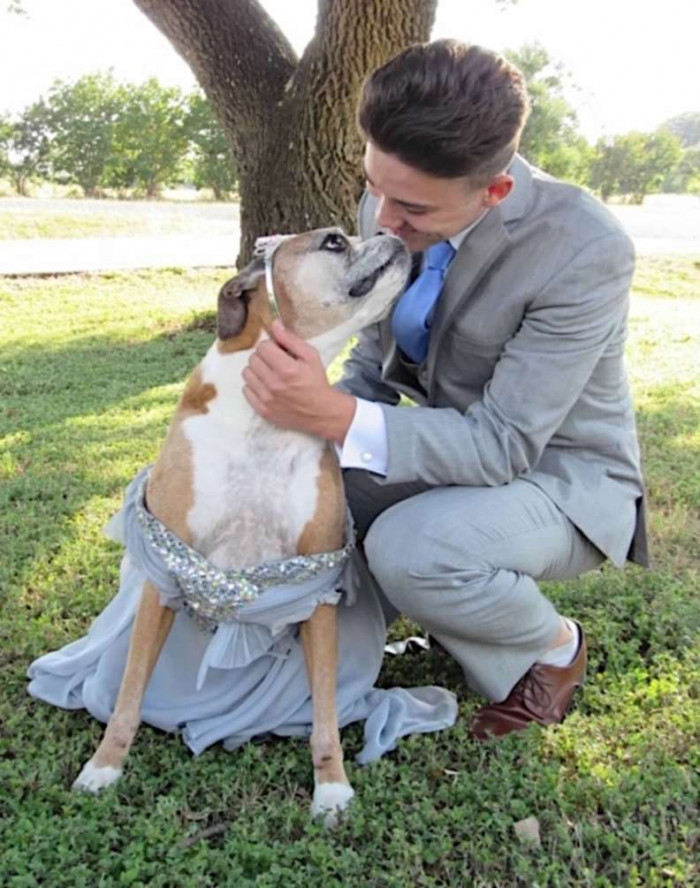 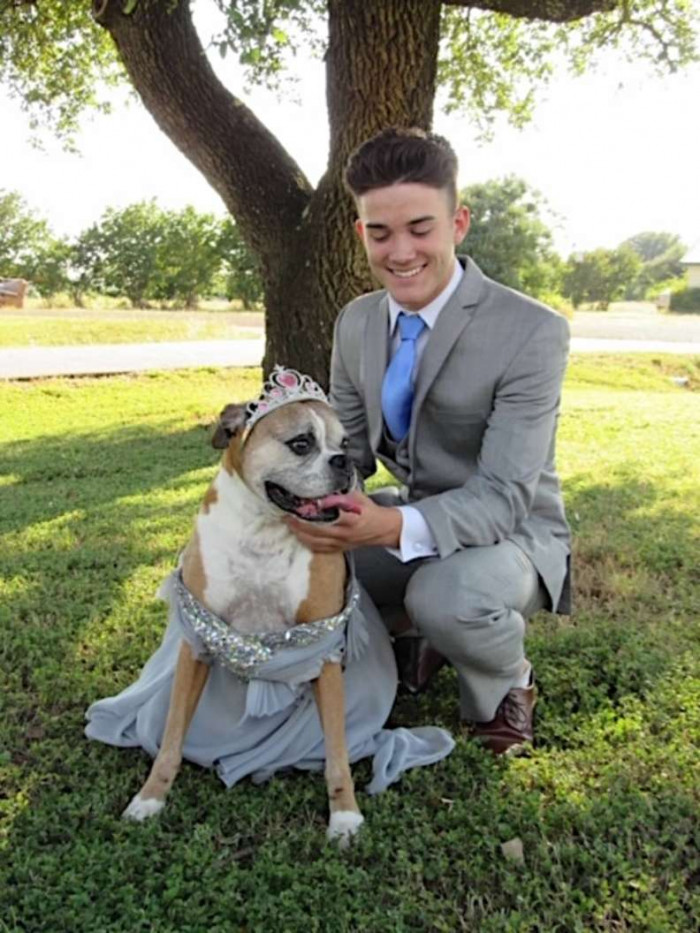 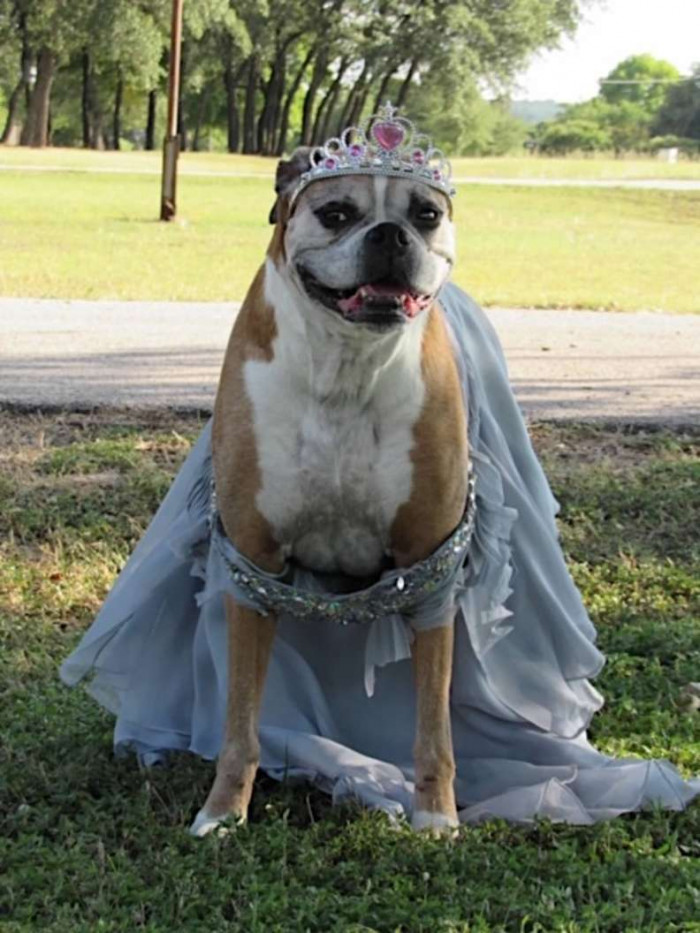 But Reba isn't the only lady in Josh's life. He's been dating his girlfriend, Sesi, for six months.

So, how did Sesi feel about being the third wheel for the evening?

"She was OK with it," Josh said. "Sesi loves Reba, even though Reba may not think the same way."

And even though Reba gets jealous when Sesi is around, she was a good sport and let her be in some of the photos too. 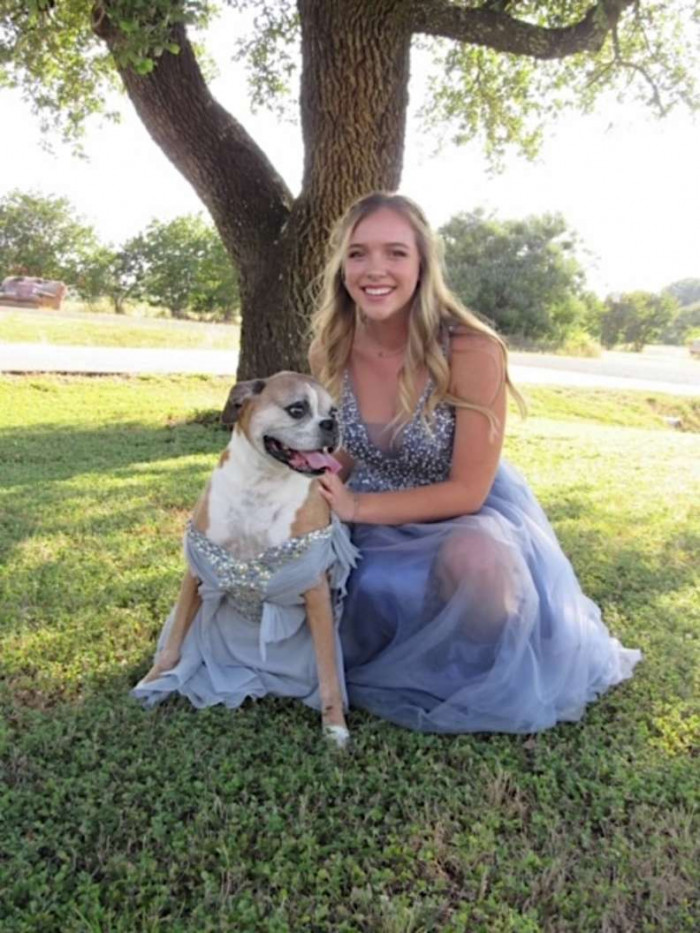 Of course, prom wouldn't be complete without a prom queen.

"Reba did get the title of prom queen," Josh said.

"She wouldn’t have it any other way." 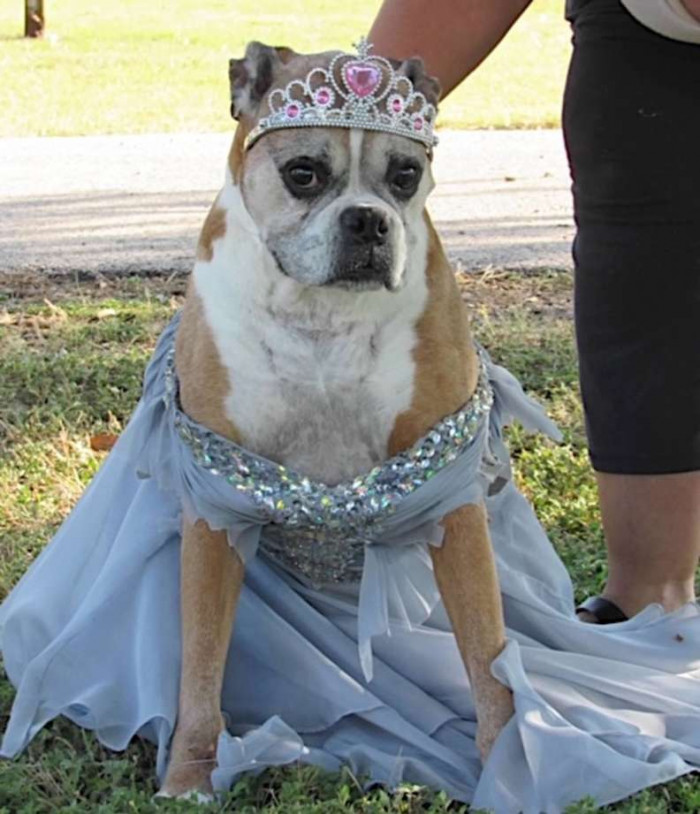