Joyce lost her dog in 2013. She took it real hard, but after the search and mourning period was over, she was ready to love another dog again. Sadly, life had other plans, and it seemed there was never a good moment to adopt.

"It happened in the middle of law school, and between finishing up school, starting my career, working too many hours, and my first home having no yard, I didn't think it was fair to get a dog yet — as much as I wanted to," Joyce says.

Things started to change, though, and Joyce began working fewer hours and even got a home with a big yard. The idea of pet adoption started going through her mind again. When she saw a post from Golden Gate Labrador Retriever Rescue about a litter of puppies, she just knew it was time to get a dog again. 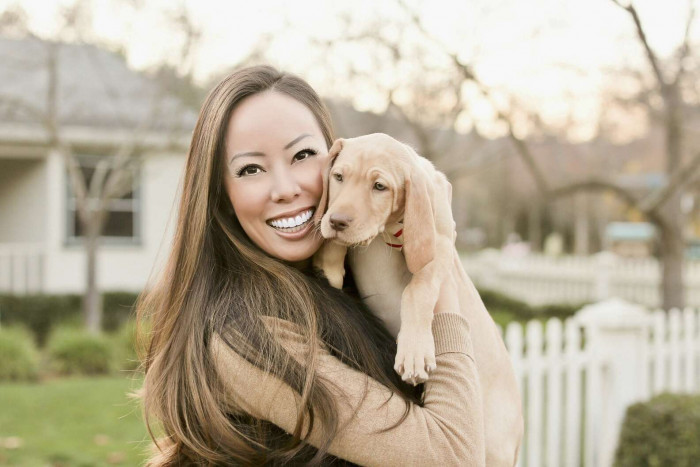 “I sent in my inquiry, and by Sunday morning, the listing was closed due to a high volume of interest,” Joyce says. “After a few more weeks of anticipation and many interviews, I was chosen.”

When she found out she will soon get an adorable furry baby, she was overjoyed and immediately started with the preparations.

She only had one week to prepare. Joyce wanted Harry to have a room of his own, and it would also be a place to store all of his toys and other things. But she didn’t have enough time to implement all of her ideas. 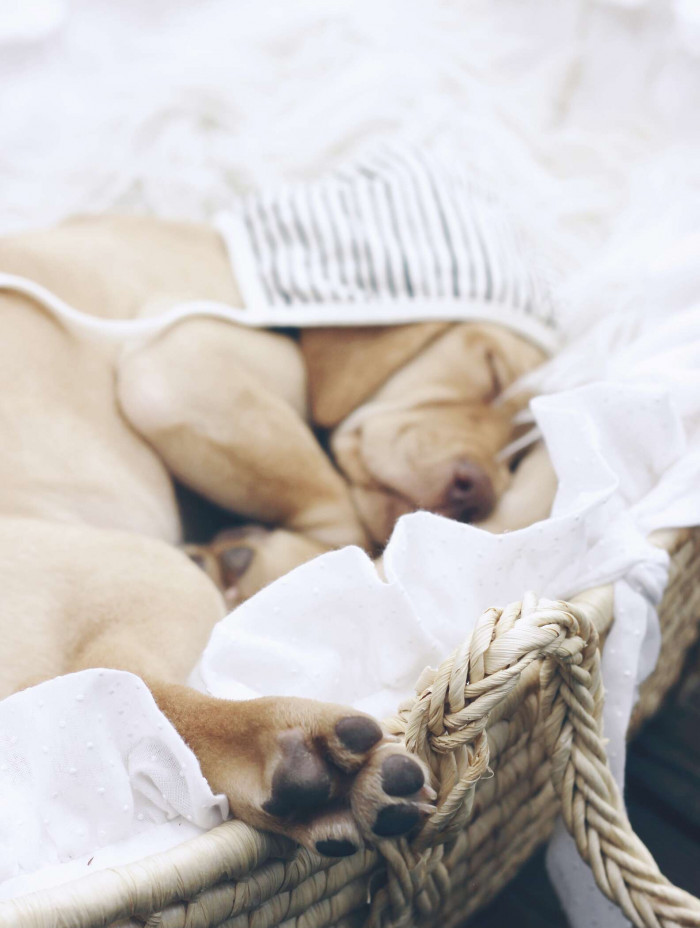 When Harry arrived, he and Joyce immediately bonded, and he turned out to be everything she wanted. Of course, that made her even sadder about not completing his room. But, when the pandemic started, Joyce found herself with a lot of time on her hands. It was the perfect opportunity to finish the room and turn it into a beautiful nursery she always dreamed about. 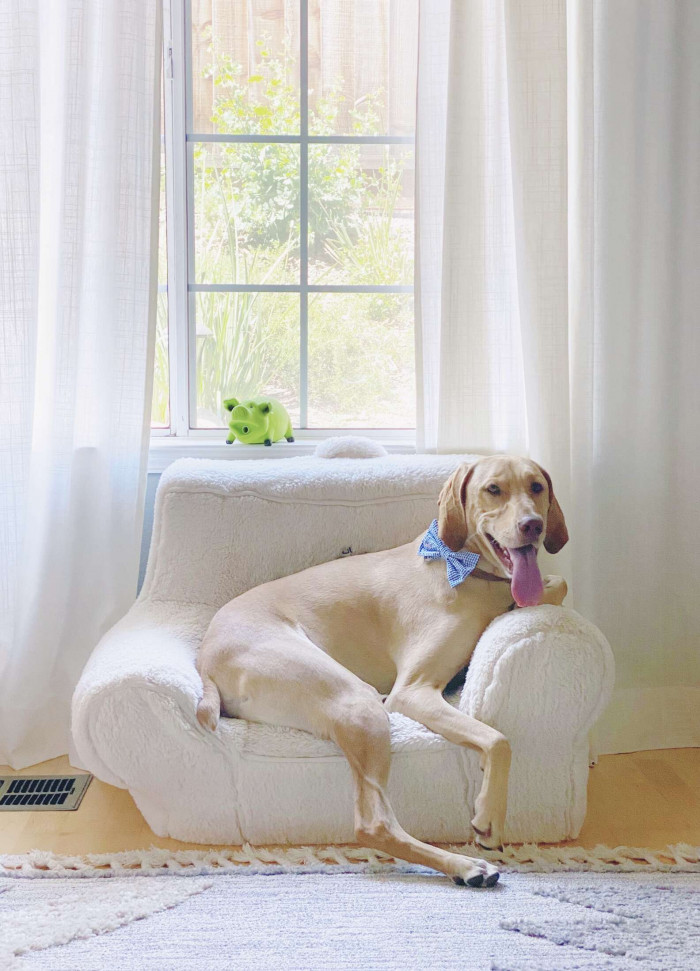 “Between puppyhood and work, his nursery upstairs was always half-finished,” Joyce says. “Enter the pandemic of March 2020, and I started working from home full-time. One of the extra downstairs guest rooms was filled with junk and quite the eyesore.

Since Harry's bathtub was in that room (it's a full bedroom suite) and the room had a walk-in closet (he was quickly outgrowing the one upstairs), it just clicked that I should get rid of all the junk in that room and make it Harry's room! His toys were also all over the place, and I thought this would give him a great little space that's just his.”

The project turned out to be quite a challenge, but mainly because Joyce wanted to make it perfect. It took her almost a year to finish painting, decorating, and setting everything up. 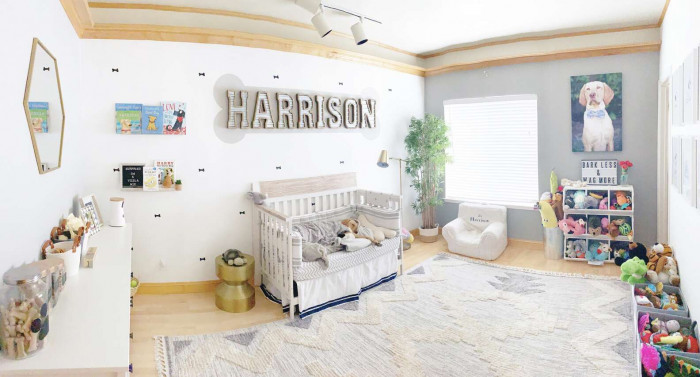 But it was all worth it- Harry now has a wonderful nursery, and he loves every moment spent in it.

"It was almost an organizational thing for me in the beginning (keeping his clothes, toys, and everything else in the same place), but he just loves it," Joyce says. "He's fully aware of what 'Harry's Room' is, and often sits outside the door of his room, waiting to go in. Most of his toys are in there, and Harry is the biggest fan of toys!" 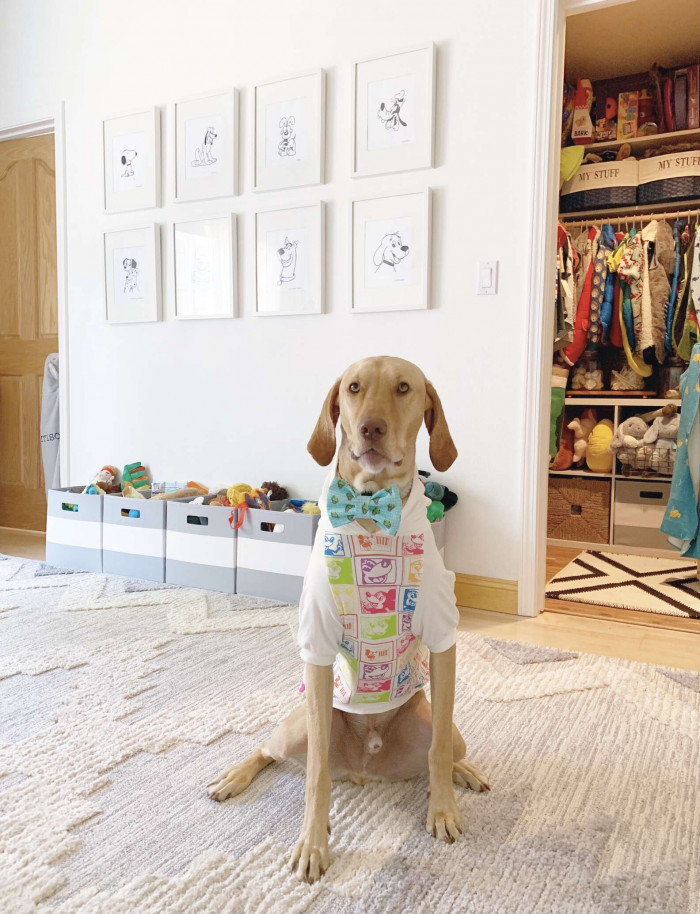 Harry’s room is actually a big part of his daily routine. He takes his daily naps in the crib, and before bedtime, he goes into his wardrobe to change into his pajamas. His mom takes excellent care of him and even has a video monitor to watch him when she isn’t in the room. 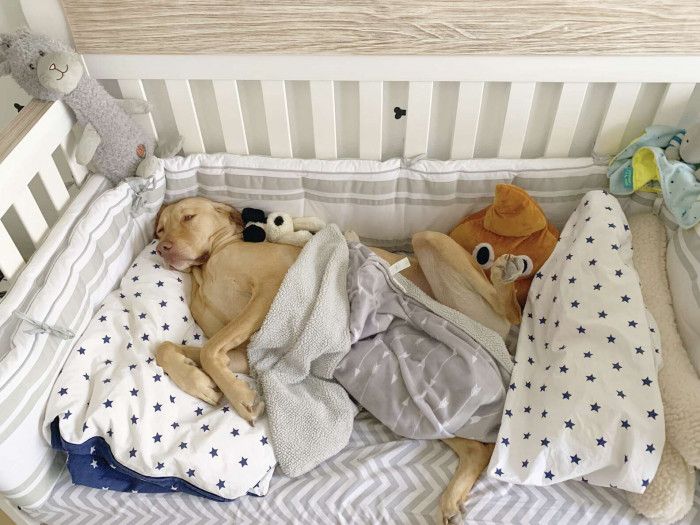 Setting up a whole nursery for a dog might seem like a lot to some people, but not to Joyce.

"People who know me personally know how badly I've always wanted a dog, so most weren't even that surprised — it was an 'of course you made him a nursery' reaction," Joyce says. 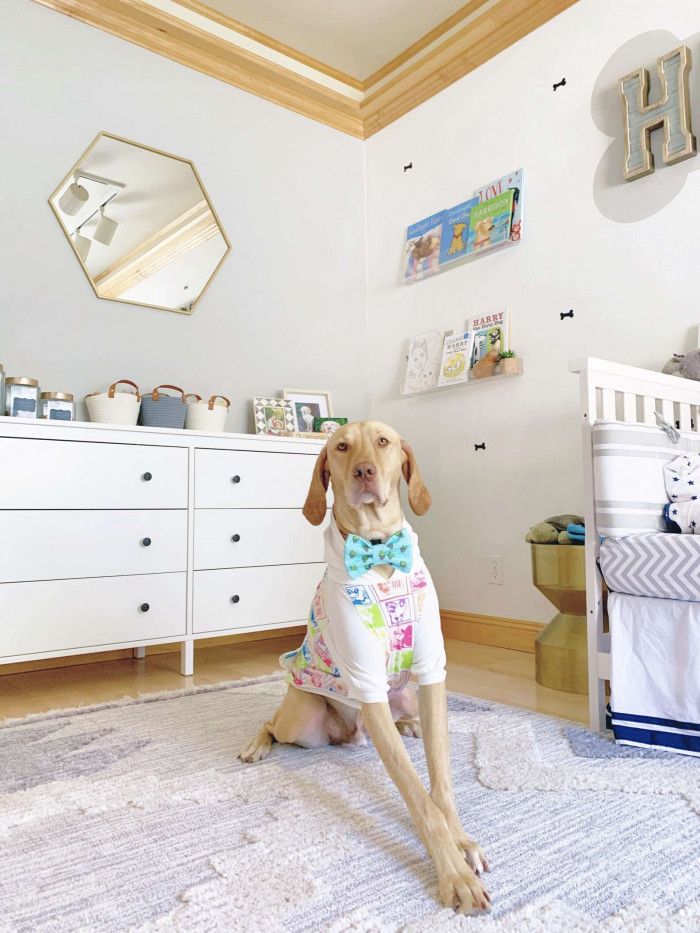 Joyce wanted to adopt for a long time, and once she was finally able to, she didn’t want to take one single moment for granted. And this room is a wonderful proof of how much she appreciates her family member.