Brazil has found themselves in global news for dog-related stories before. Like in 2014 when it was rumoured they rounded up and exterminated stray dogs prior to the world cup or when they tried the following year to repair their image by launching a campaign to humanely collect up stray dogs and prepare them for adoption in 2016, another year later.

A few years have gone by and for one church in Brazil, their reputation is taking things up a notch as the priest at Paróquia de Sant’Ana Gravatá invites stray dogs in during Sunday mass in hopes they will find their forever homes among the church patrons.

Father João Paulo Araujo Gomes is the head of the parish of Santana in the city of Gravatá in Brazil. 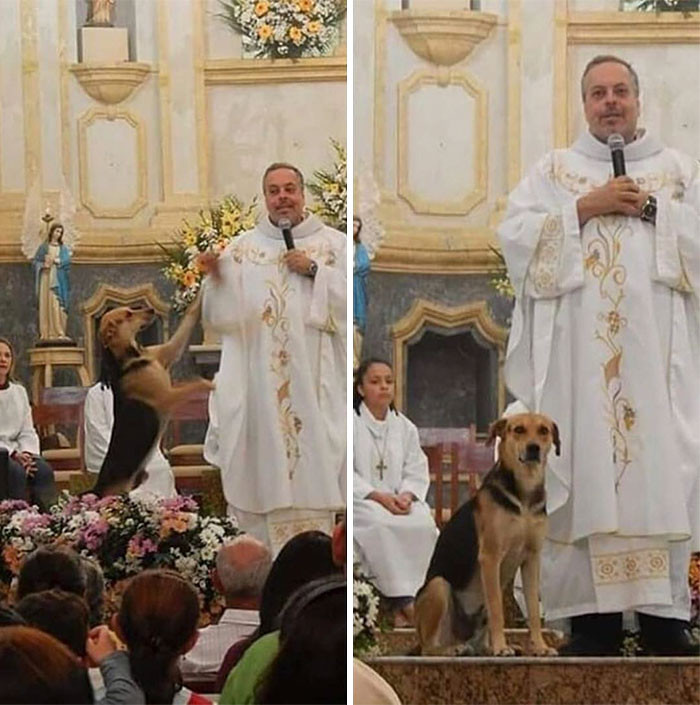 Father João Paulo keeps his church doors open for strays on Sundays. He houses any abandoned dogs he can find in the rectory and invites them to Sunday mass. His heart hopes that as the sweet dogs hang out during his service, they will be noticed by families and find their forever homes. 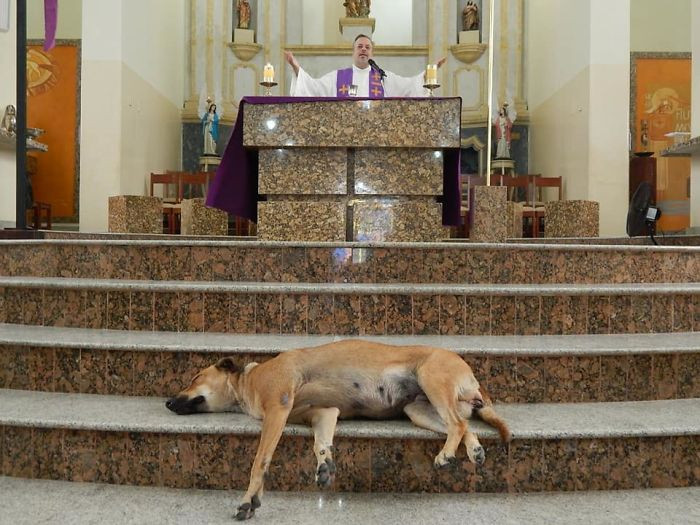 The pups are full of personality. Sometimes lounging lazily and napping, other times, joining Father João Paulo at the alter where they are guaranteed to get delightful amounts of attention and belly rubs. 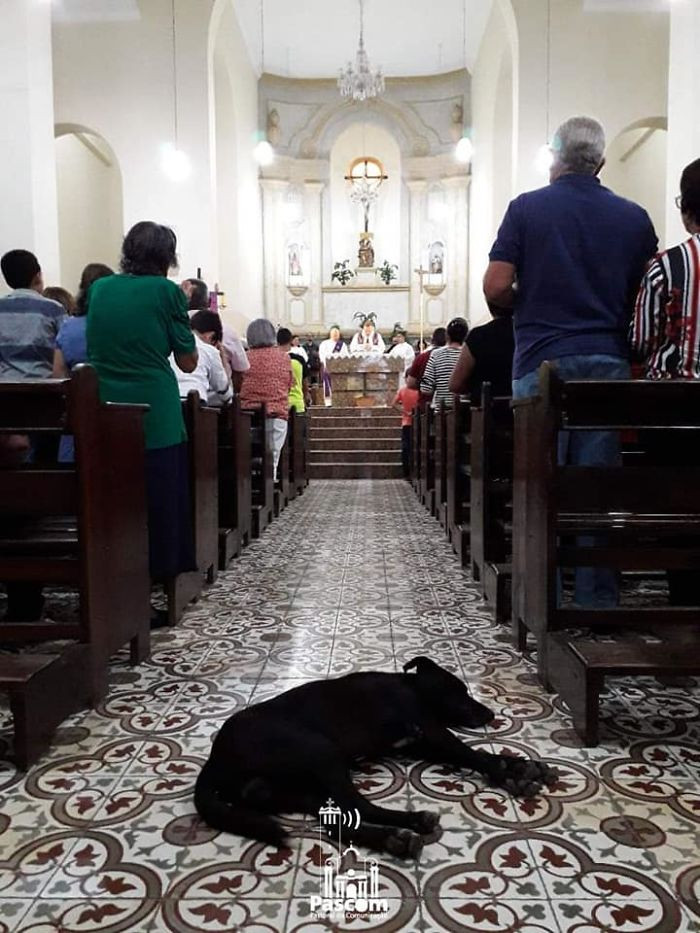 Taking to Facebook to plead to the humanity of these sweet dogs, Padre writes:

They will always be able to enter, sleep, eat, drink their water and find shelter and protection, for this house is of God and they are of God. 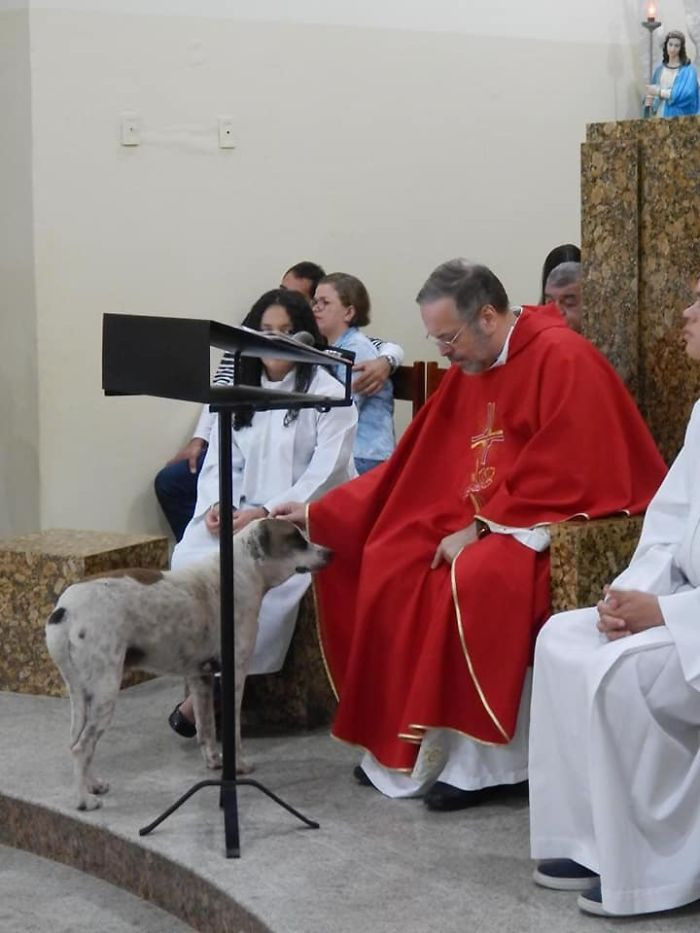 Padre also hopes that he can invoke compassionate change for the community that extends beyond his church's walls. 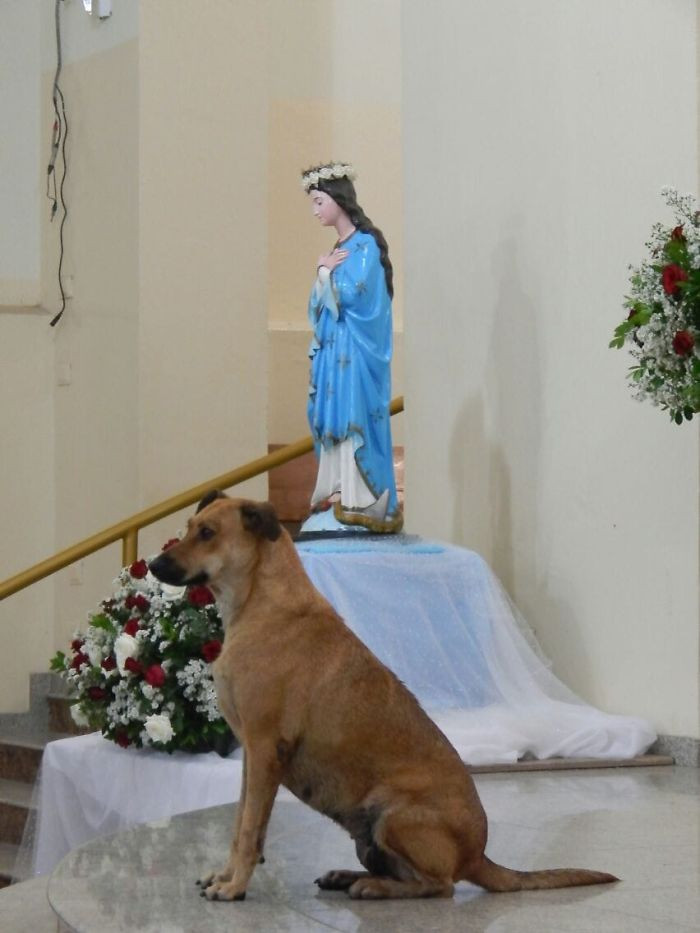 While Brazil has worked to improve their image, stray dogs remain a concerning issue that requires being addressed both intentionally and compassionately. 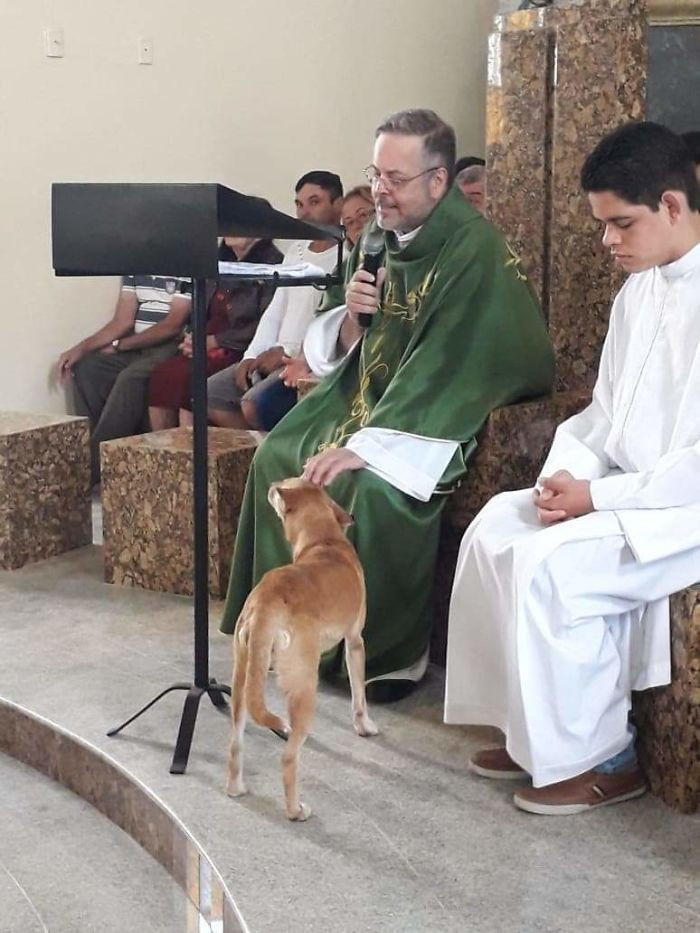 Padre provides more than shelter and food. He also provides for their medical needs and most importantly? He provides compassion and a loving, human touch. 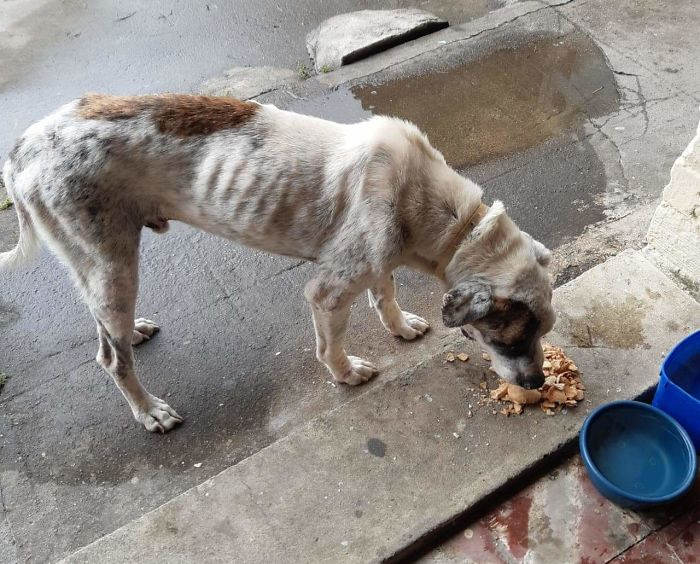 The best part, though, is that his efforts are showing something wonderful: progress. 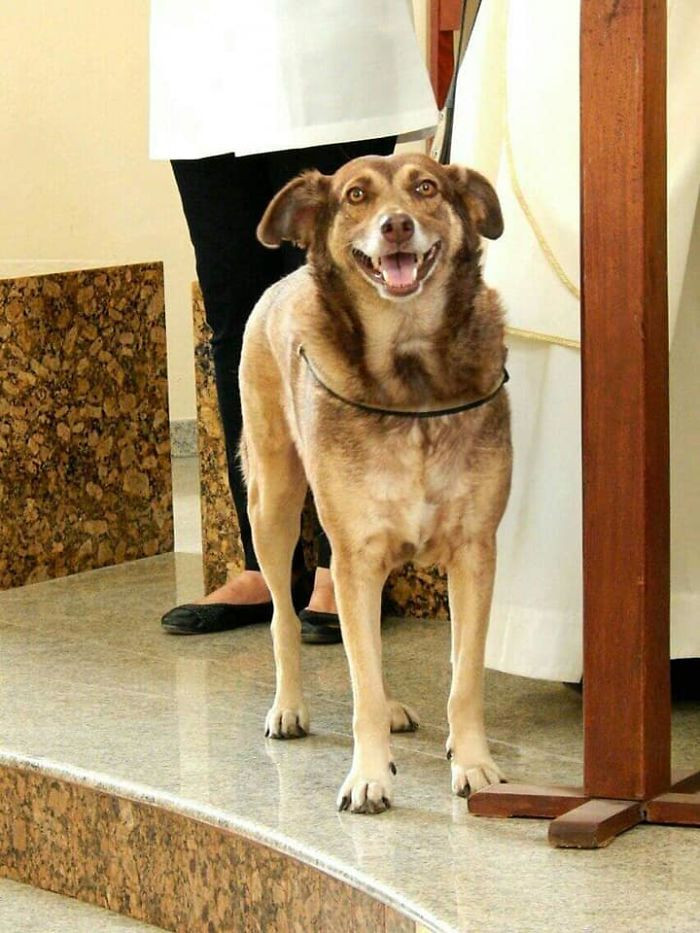 Gravatá, which has a population of 228,000, has seen a significant decrease in their stray dog population! On top of the dogs that the Padre himself has adopted, dozens of others have found their new forever homes among his parishioners. 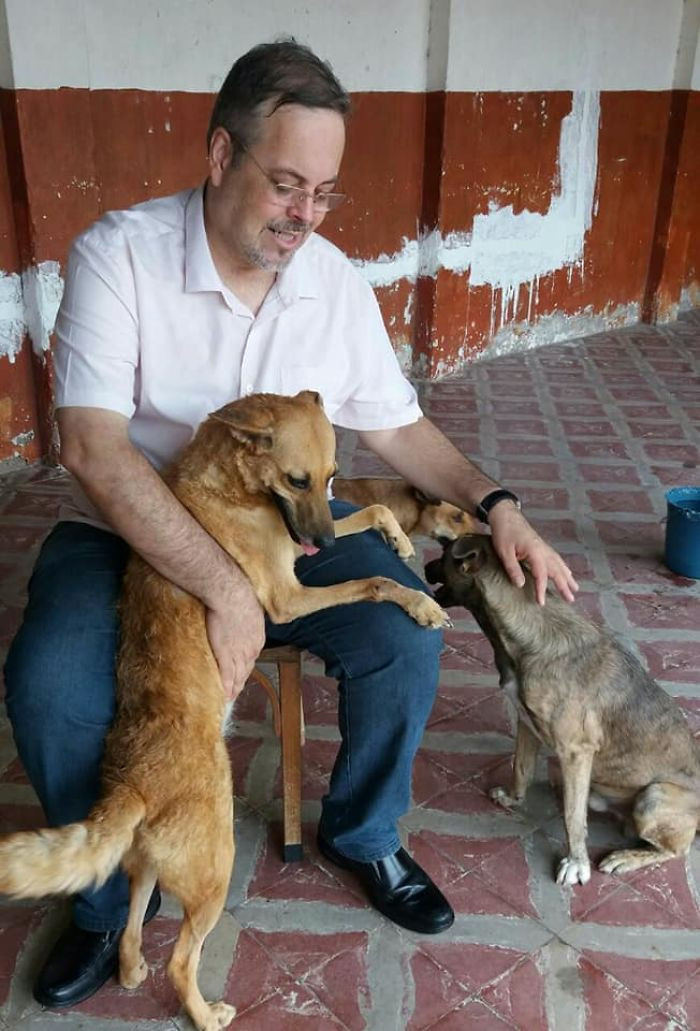 In an interview with Bored Panda, Padre João Paulo said:

I helped several dogs with serious health problems. Some of them I brought to the parish house and they were later adopted. Three of them stayed with me. Today, they are my children and sleep in my bed. 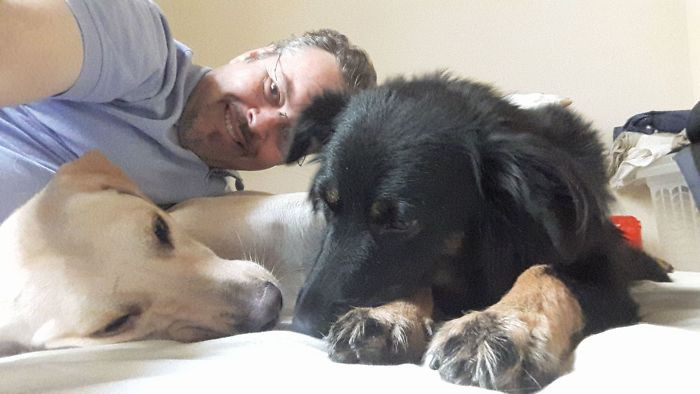 Recently, some photos of Padre João Paulo began to get noticed on Facebook, leading to an outpouring of support from people across the world. 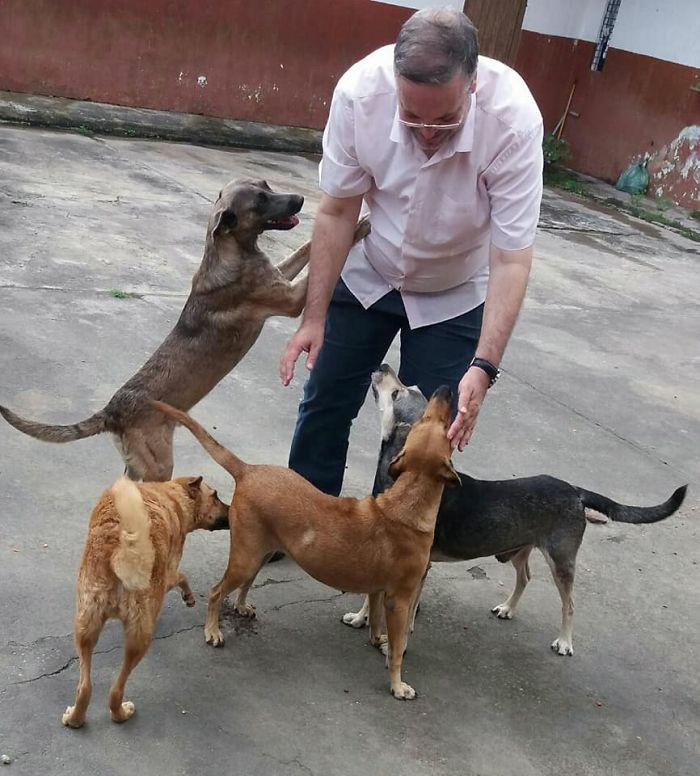 The priest who was originally just following his heart and doing right by his community and local dogs in need has inspired millions across the world. 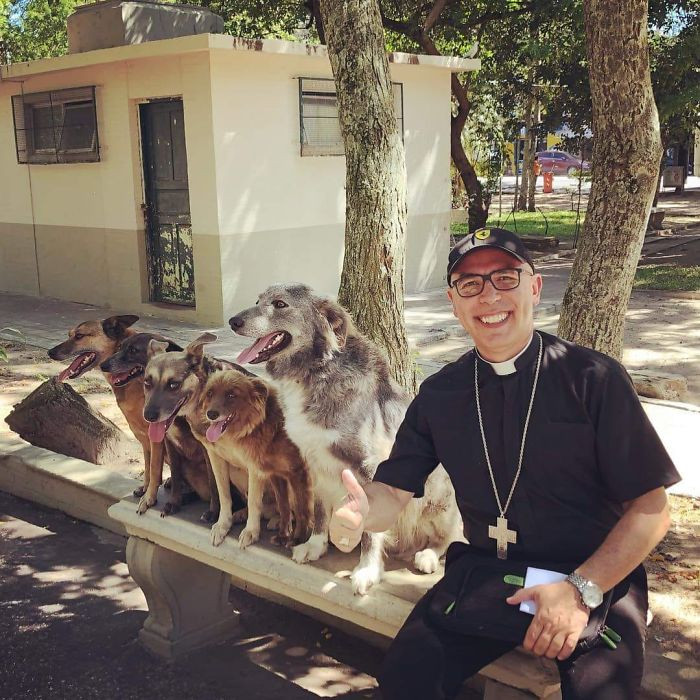 Taking into consideration the annual pet blessings during the St. Francis Day, in honor of the Patron Saint of Animals, Saint Francis of Assisi, it comes as no surprise that animals like the stray dogs Padre helps are comfortable in a church. 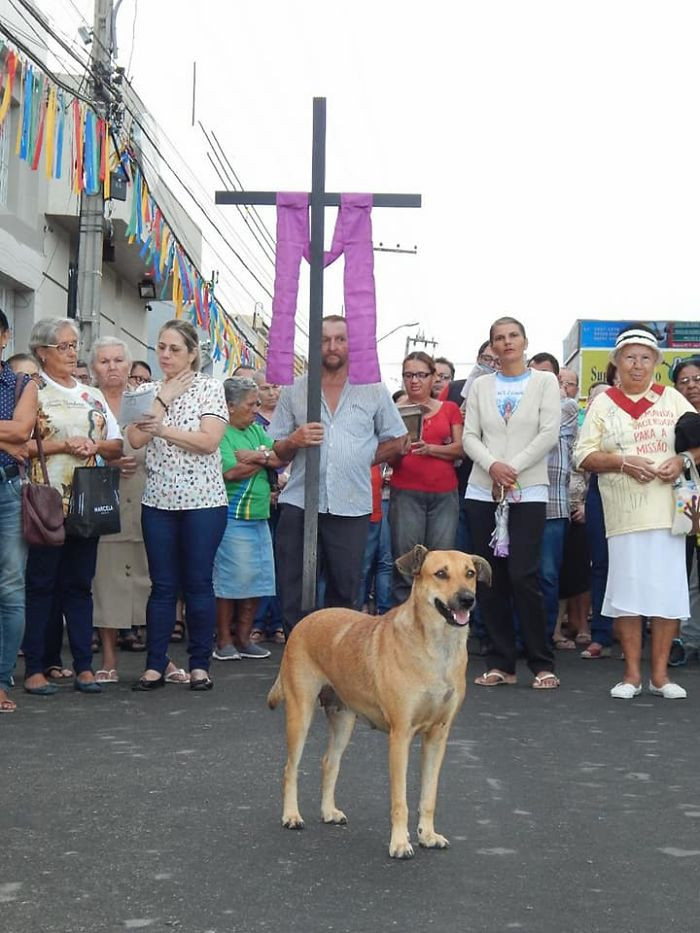 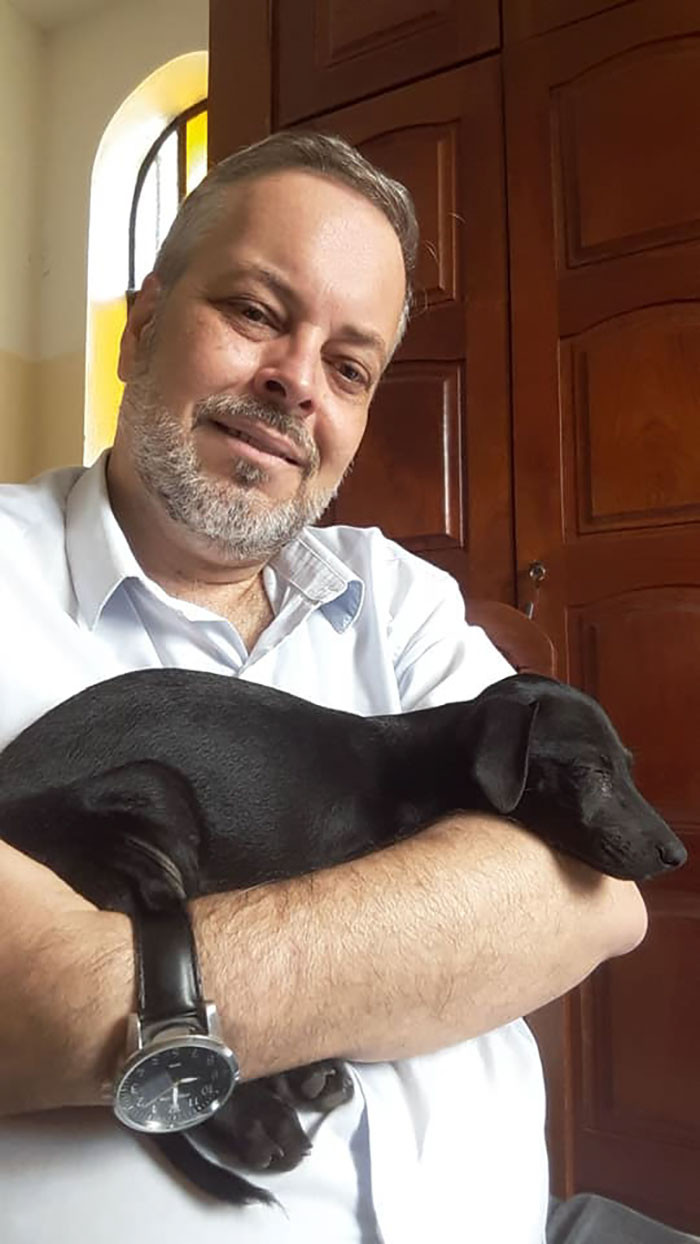 Do you think this Padre is doing good work for mankind and animal alike? Let us know your thoughts in the comments!