Alpacas are fluffy clouds of sweetness. Their gentle nature and adorable appearance make them one of the humans’ favorite animals, especially in this day of the internet and social networks.

Their photos are shared and re-shared all over, and they are quickly closing in on cats and dogs on the list of people’s favorite animals. They are related to llamas, and both are part of the camel family, Camelidae.

The most distinguishing physical differences between alpacas and llamas are size, hair, and character. Alpacas are friendlier, less grumpy, and have much richer fleece. They are also smaller than llamas, that determined their role.

While llamas are used for transportation, alpacas are kept mostly for wool. And, of course, for being so damn adorable. There are few things in the world cuter than this animal’s gentle face and smile.

In fact, they are so friendly that they now have a new role — numerous organizations throughout the US breed and train alpacas to be used specifically for therapeutic purposes. And we believe it works – the research for this article was therapeutic by itself.

We have selected 40 of the cutest alpaca pictures, and we know you are going to love them:

1. "Today We Met This Happy Alpaca" 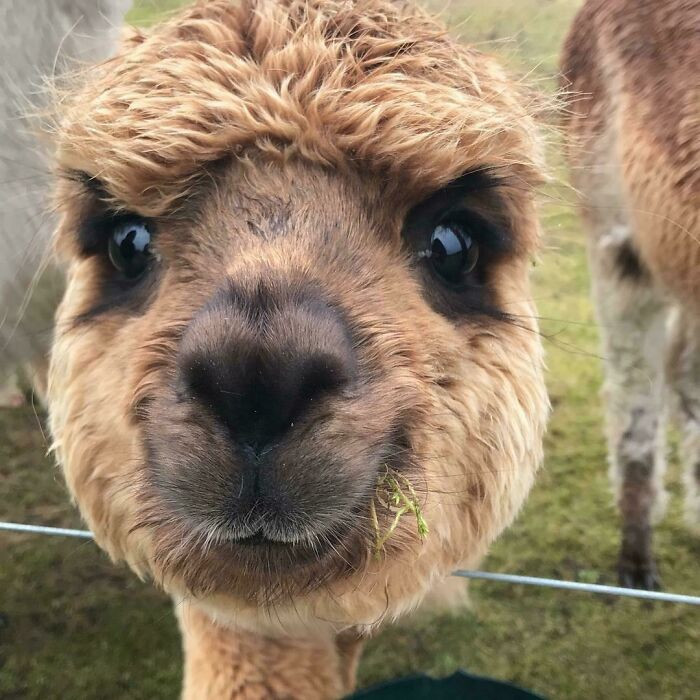 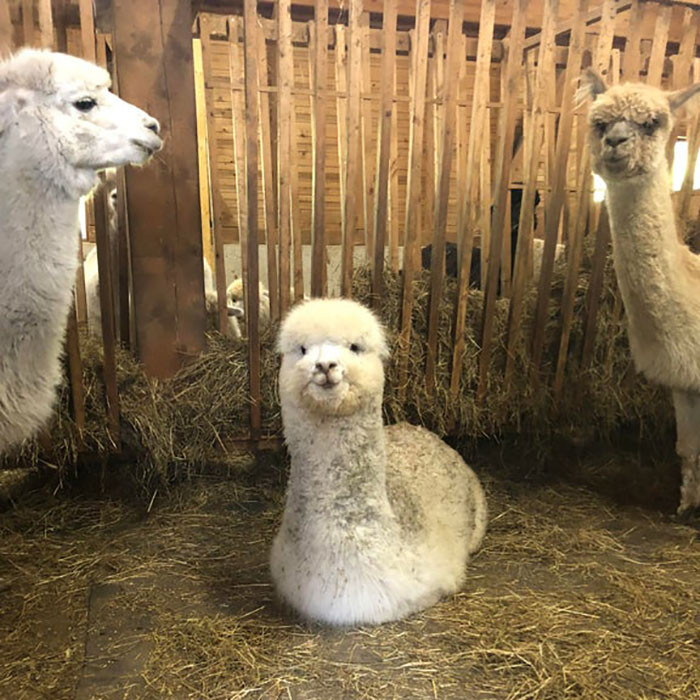 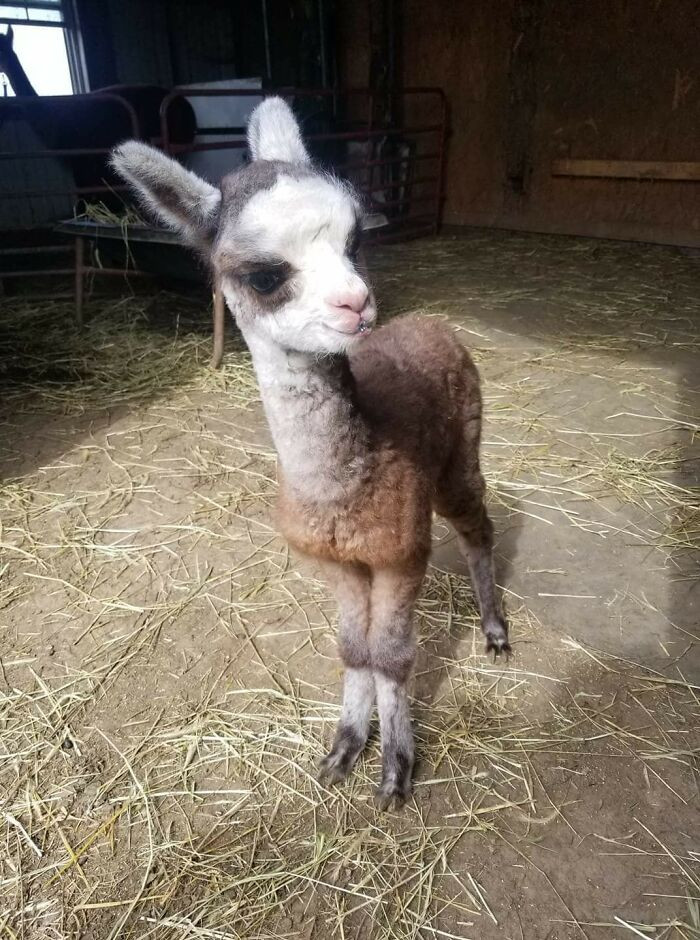 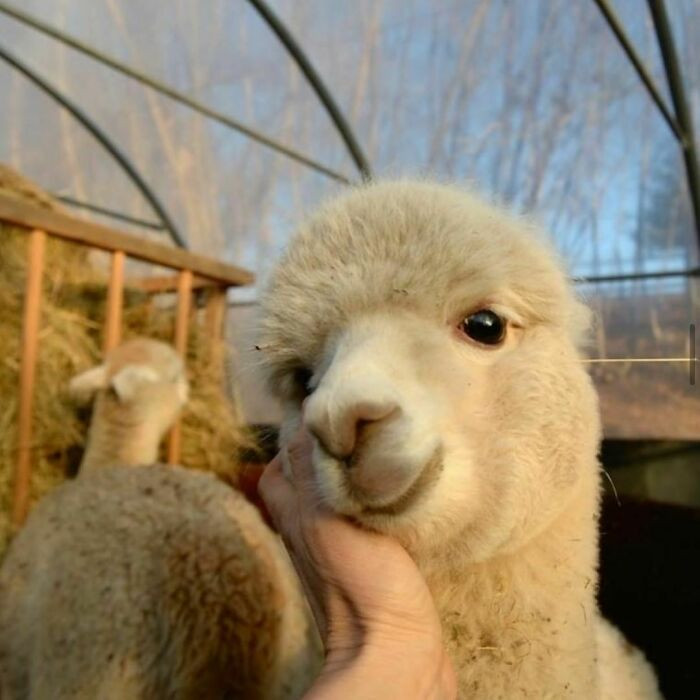 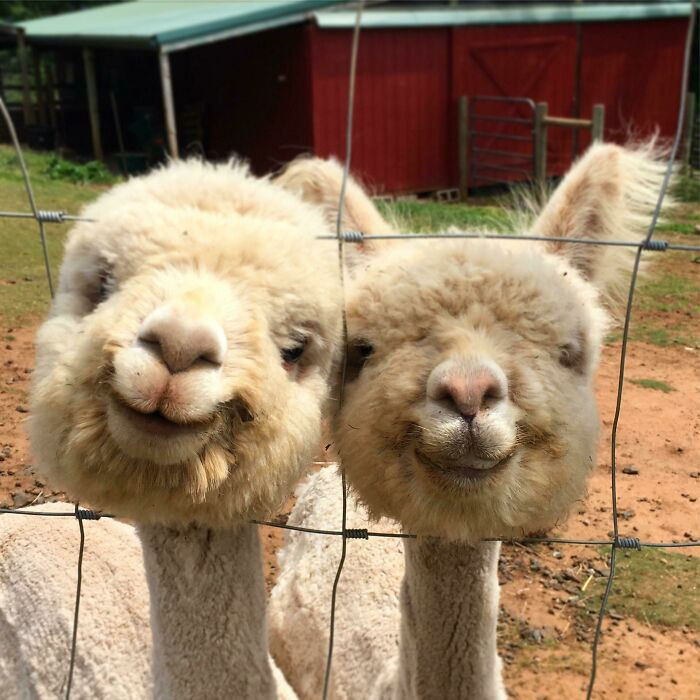 6. "This Alpaca Stole My Girl" 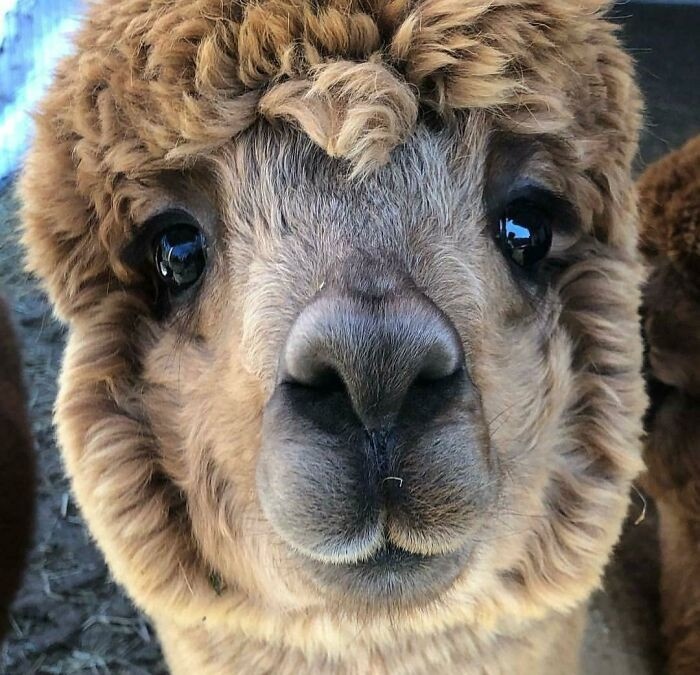 7. "Alpaca Under A Rainbow" 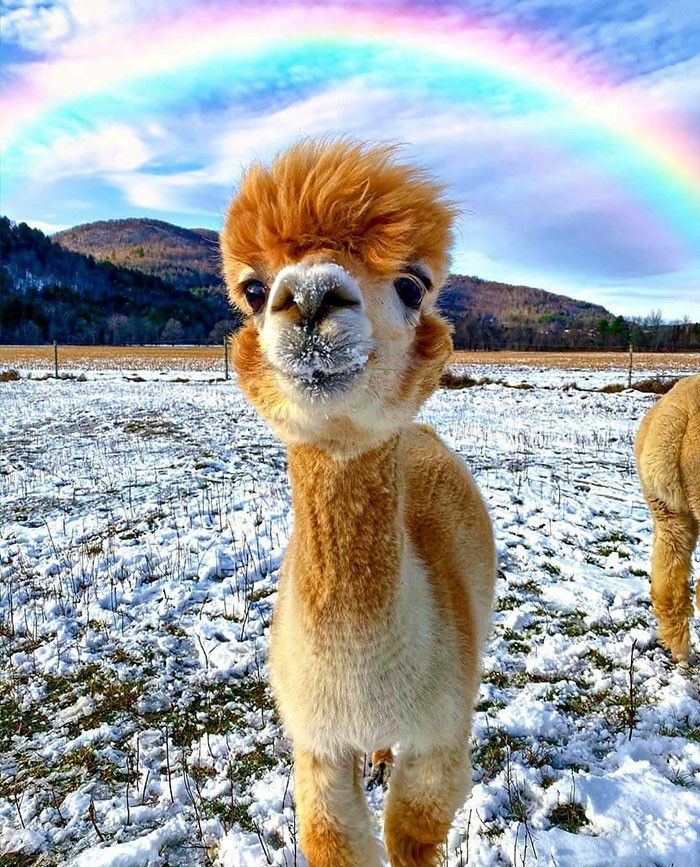 8. "Baby Alpaca With His Best Friend" 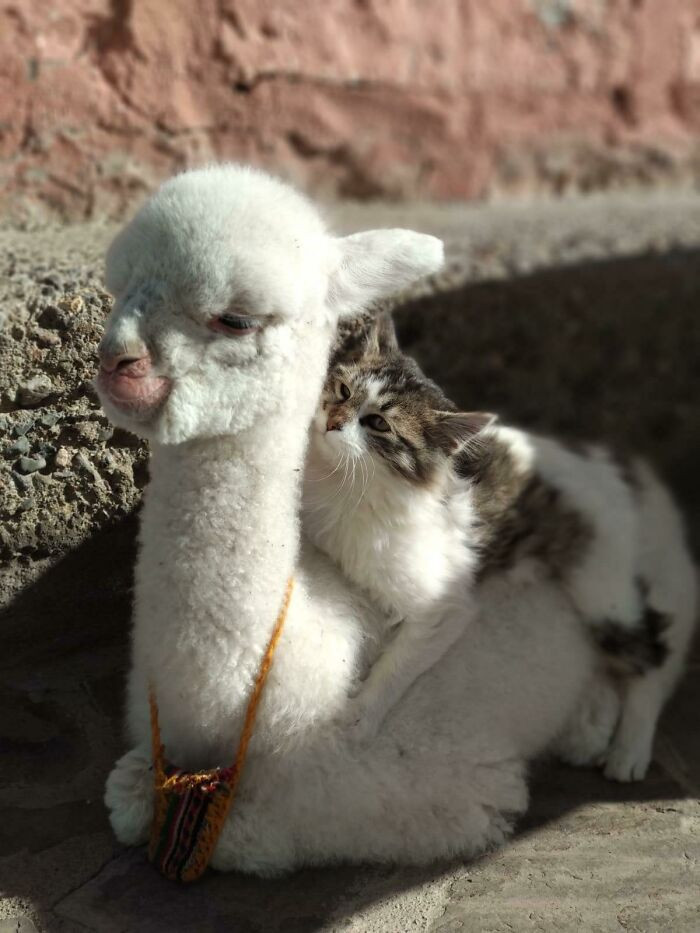 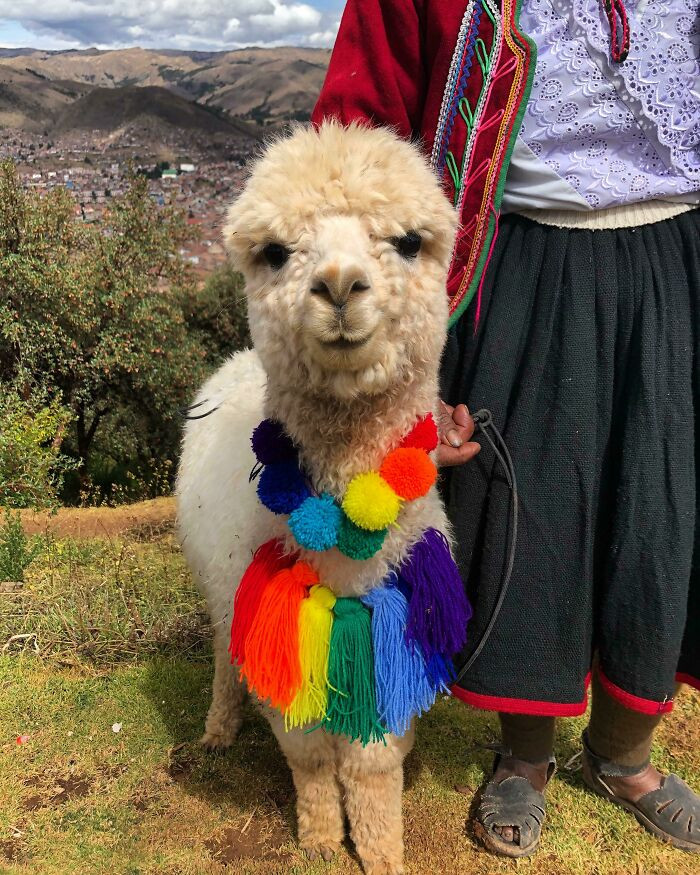 Alpacas are also adored for the vast library of hilarious sounds they make:

Screaming: Alpaca’s scream is extremely loud and disturbing. Alpacas will scream when they encounter an enemy.

Humming: It is mainly used between a mother alpaca and its baby, something like a lullaby.

Snorting: alpacas use a high-brow snort when someone invades their personal space.

Grumbling: alpacas grumble when someone stands too close to them.

Clucking: like poultry, alpacas tend to cluck when they are concerned for their babies.

Screeching: This sounds like a bird cry. It is mainly used when male alpacas are fighting over territory or females. 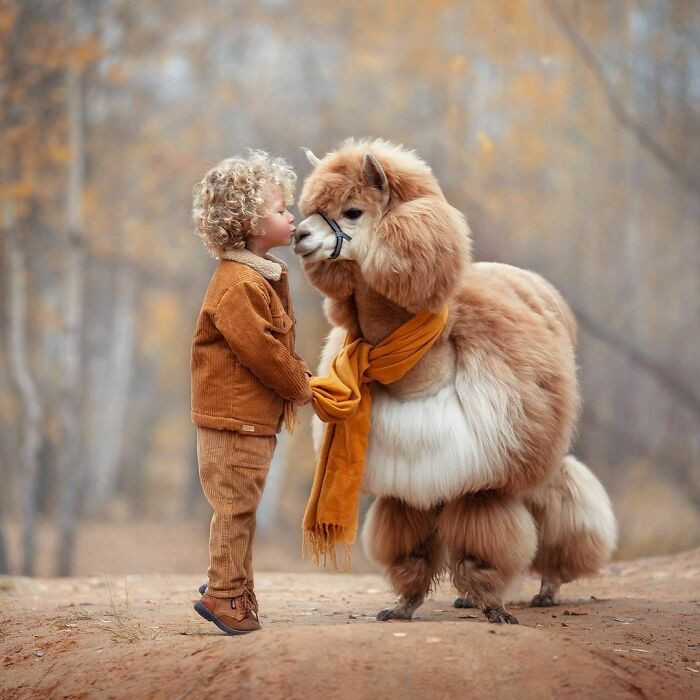 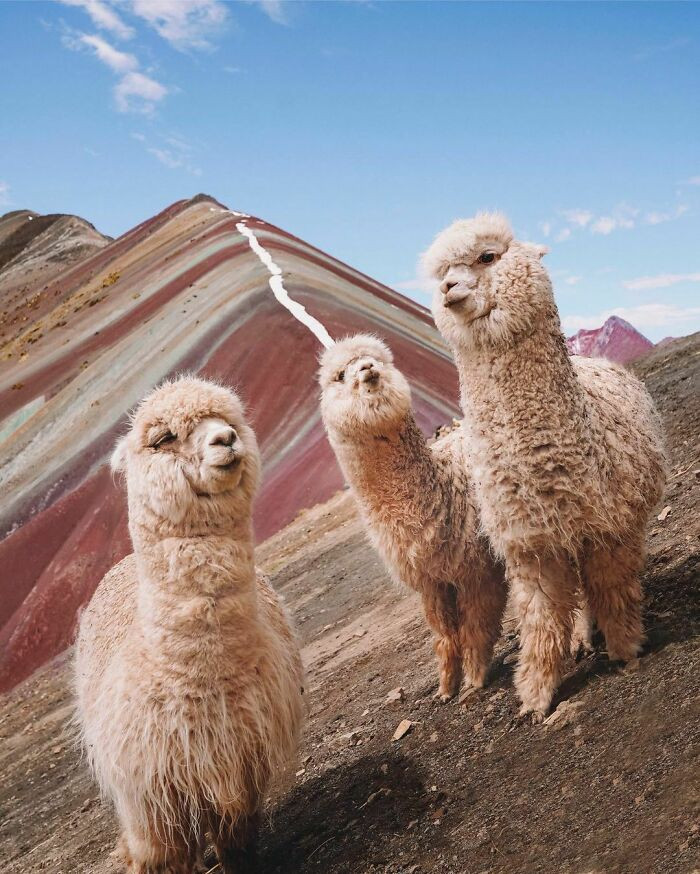 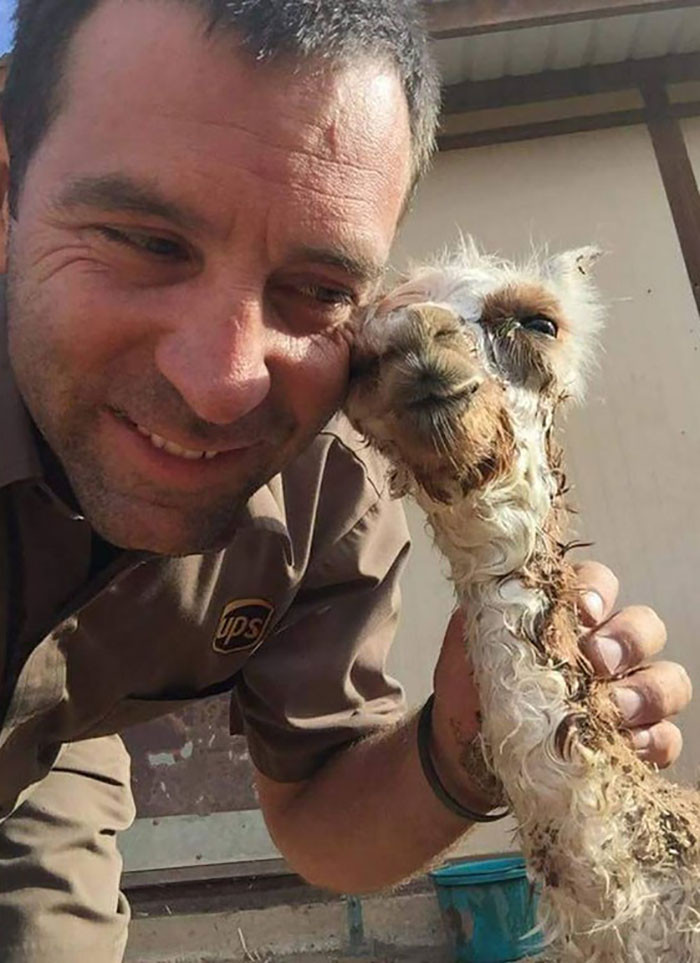 13. "I Met A Baby Alpaca Today And Got Photobombed By A Proud Mama" 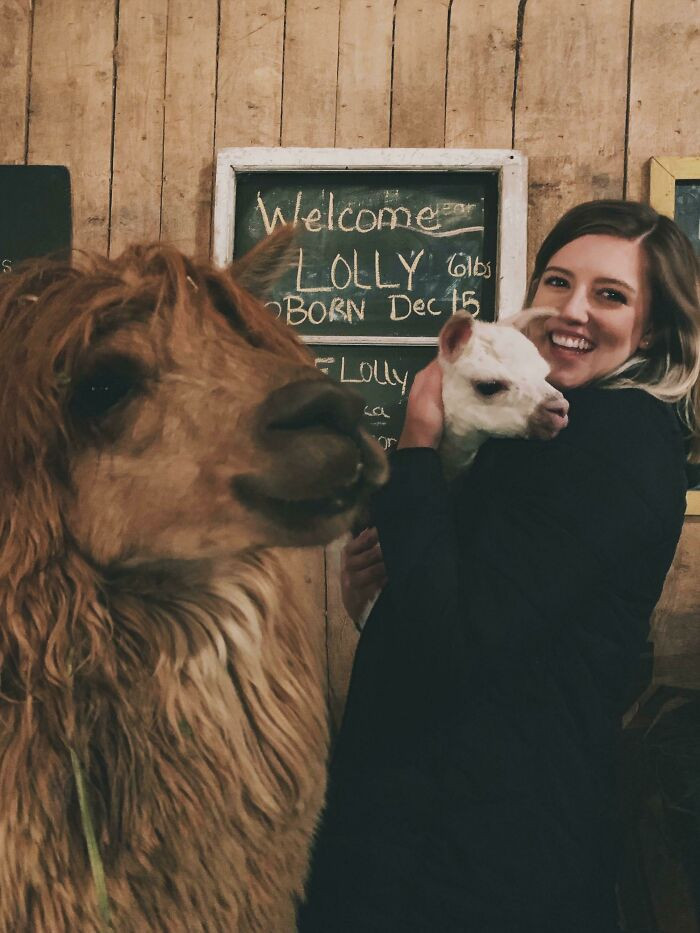 14. "After Almost A Year, My Alpaca Finally Had Her Baby" 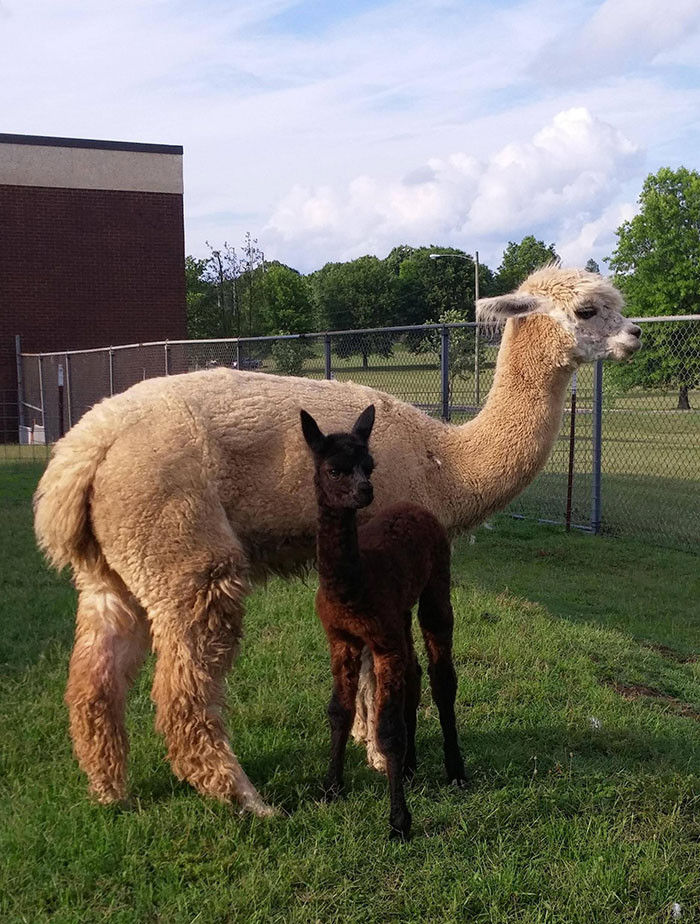 15. "Most Alpacas I Met Yesterday Were Camera Shy, But This One Was Ready To Be A Model" 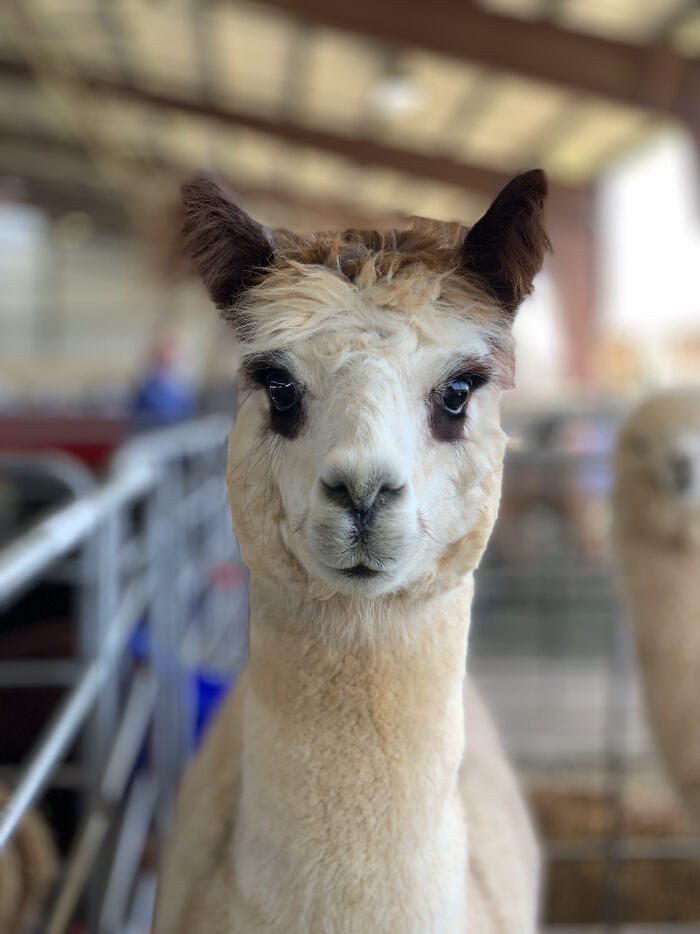 16. "One Of The Alpacas On My School Farm Gave Birth Yesterday. Nugget The Chicken Is Her Godmother" 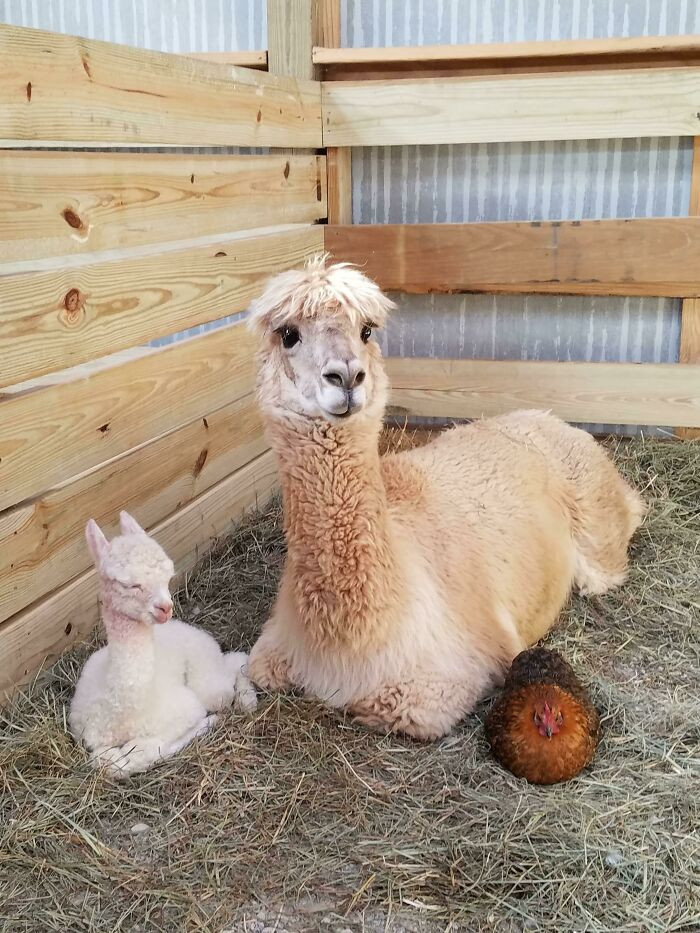 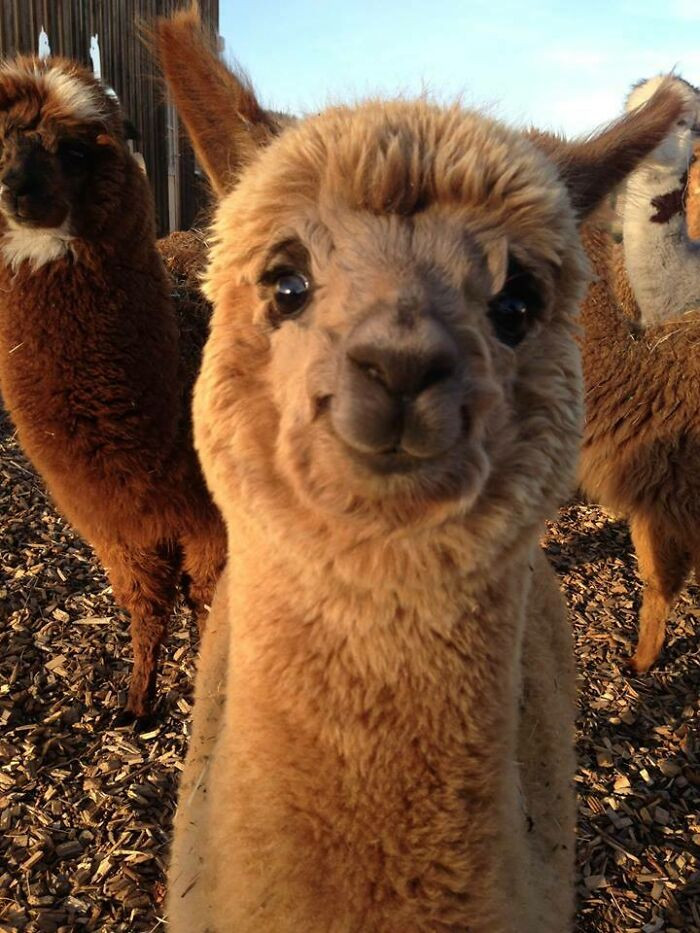 18. "I Found This Derpy Alpaca Close To Where I Live, He Looks So Happy" 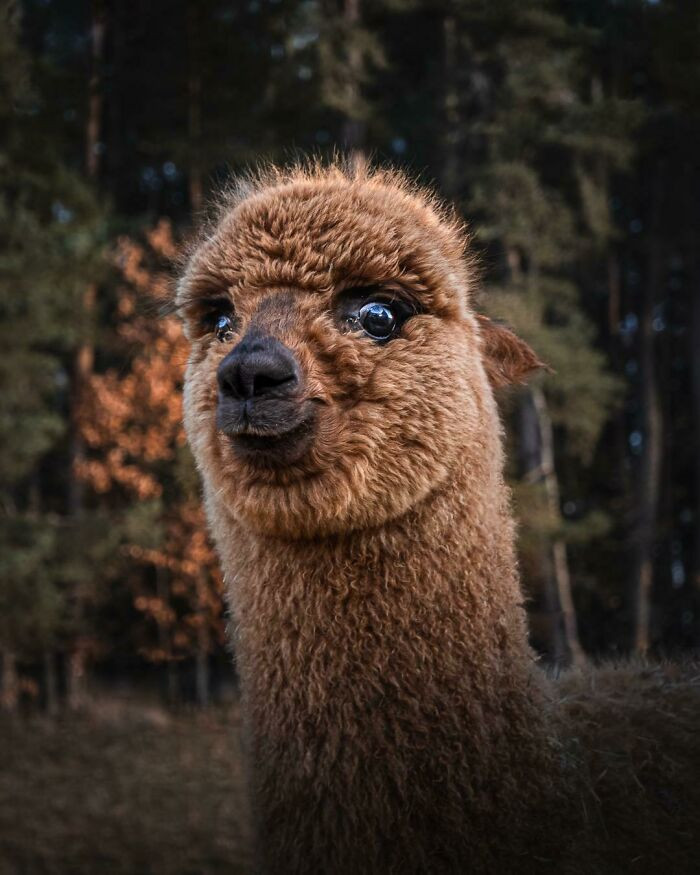 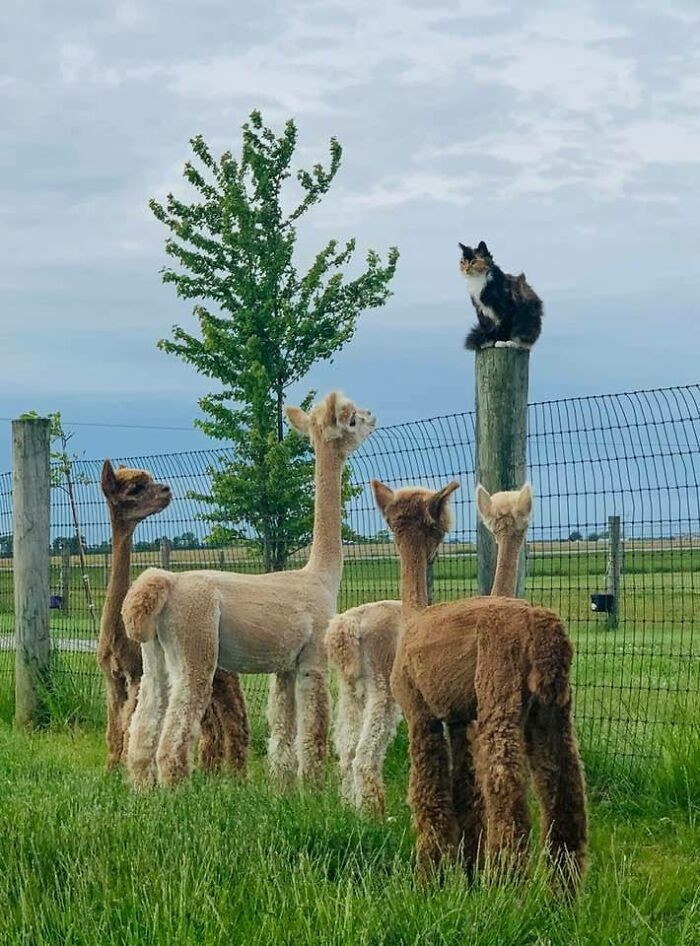 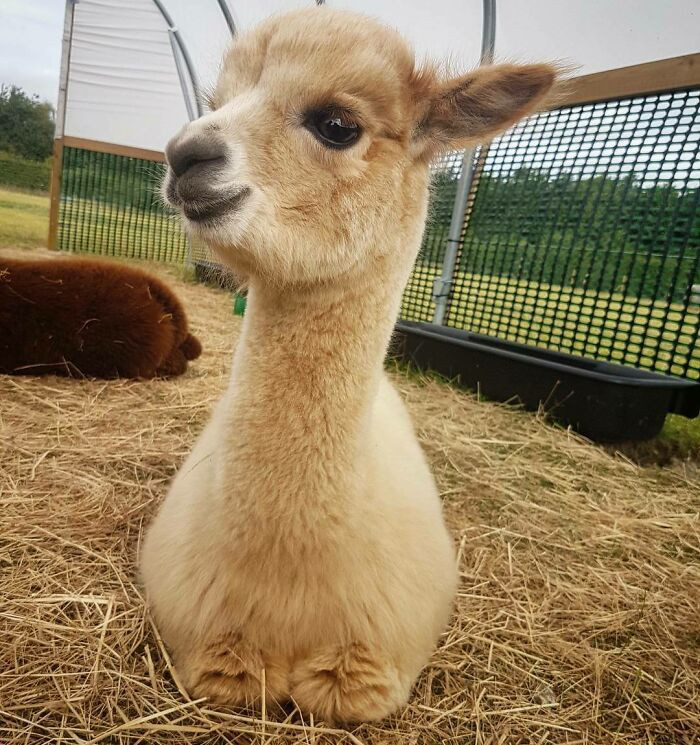 21. "Have You Ever Seen A Baby Alpaca So Proud Of Himself For Being Born?" 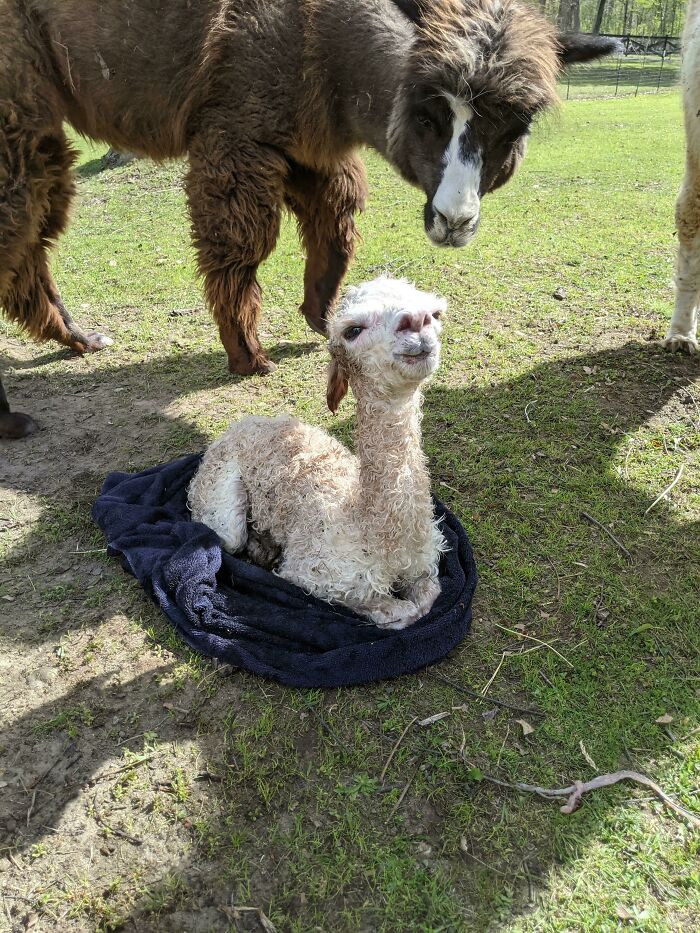 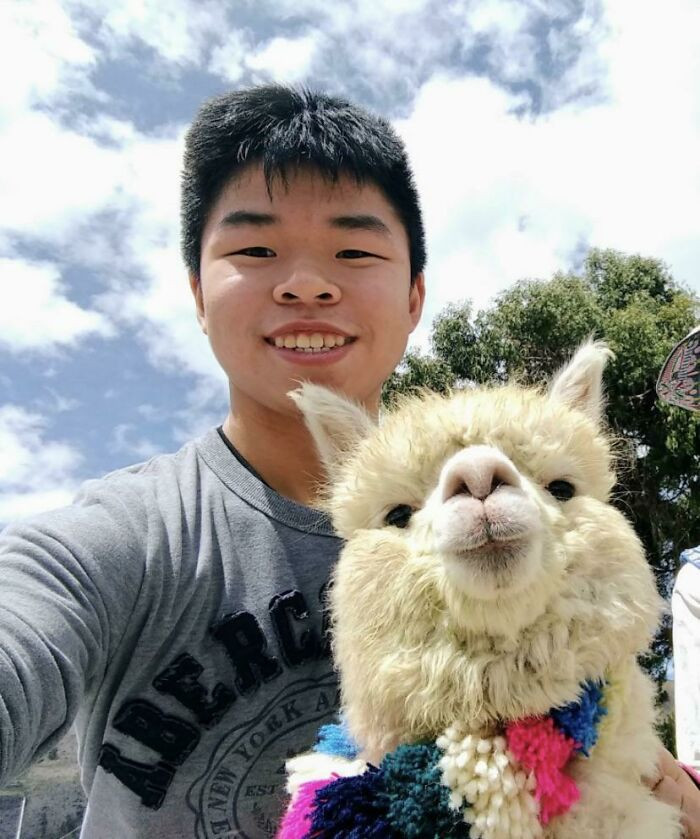 23. "This Is What Happens When I Sit In The Field With The Alpacas" 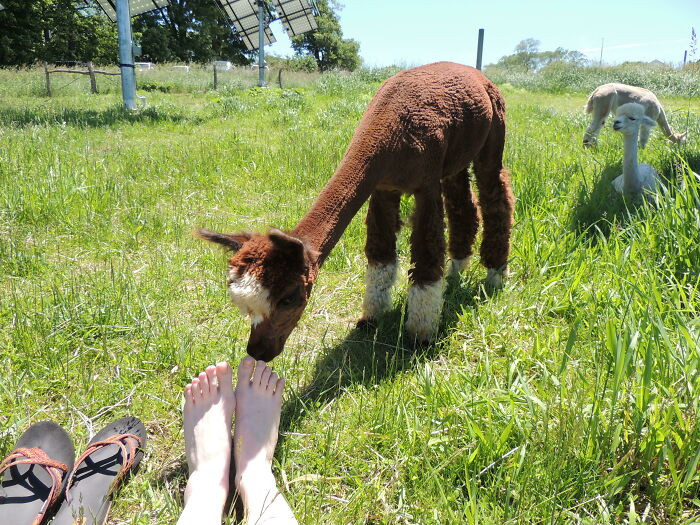 24. "Just An Alpaca Hanging Out In My Office Today" 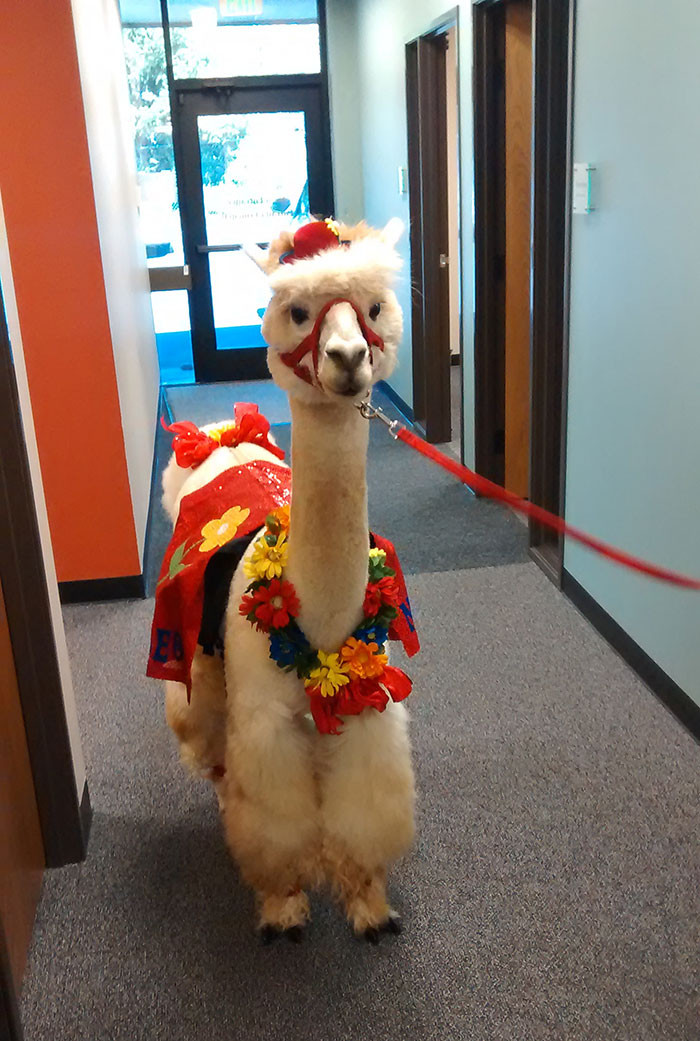 25. "My Aunt Has An Alpaca Farm And This Is One Of Her Newest Additions" 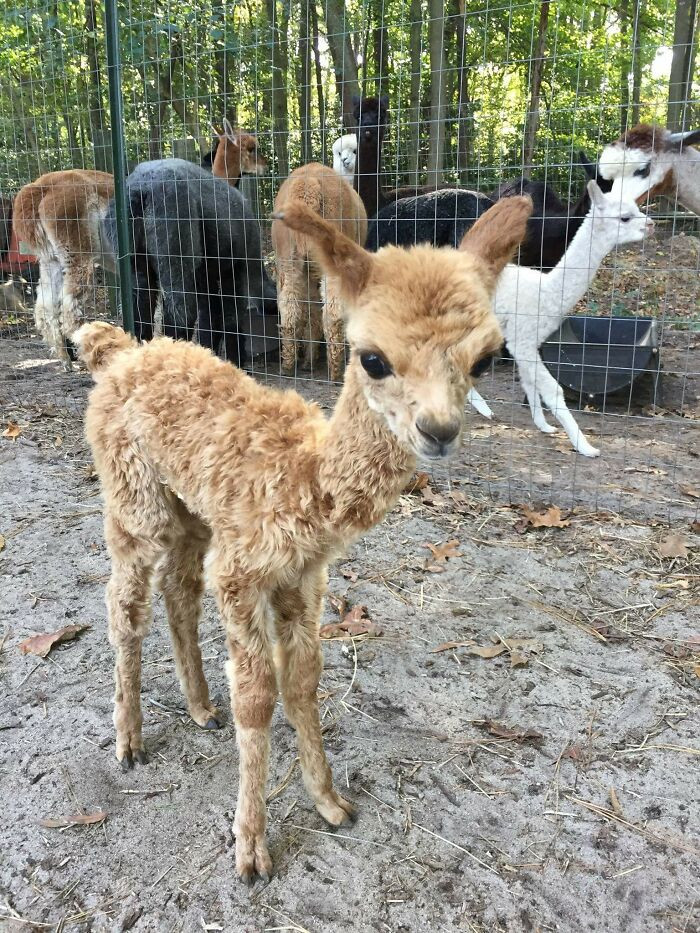 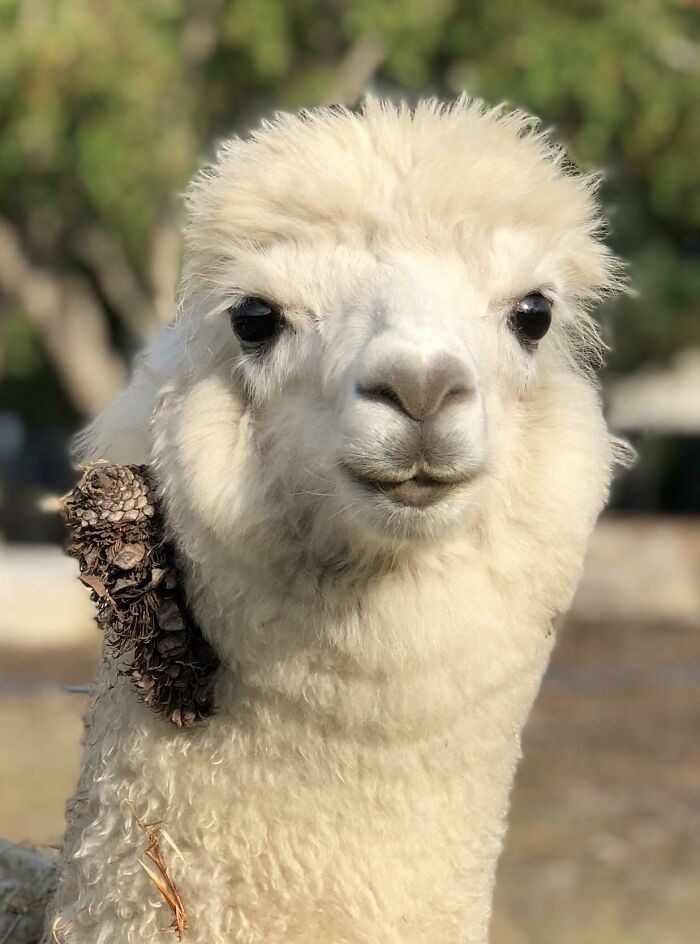 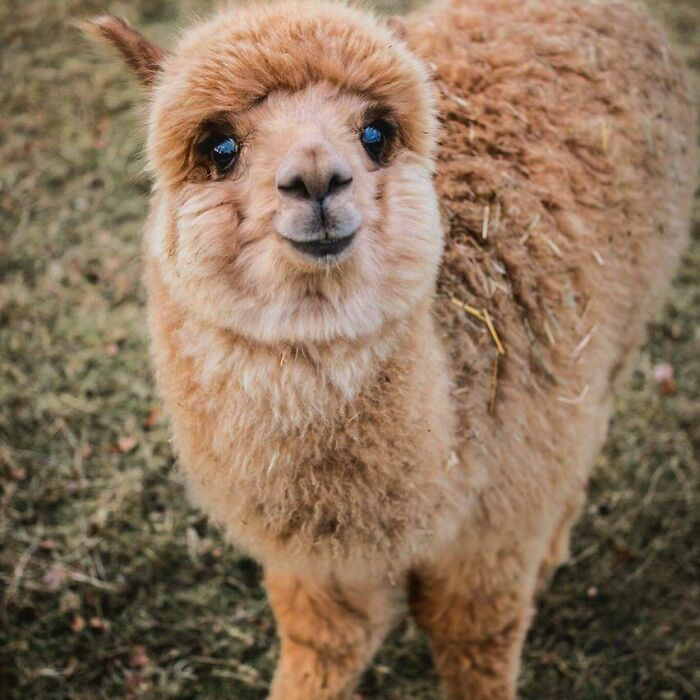 28. "Here's A Photo Of Two Extremely Photogenic Alpacas To (Hopefully) Brighten Up Your Day" 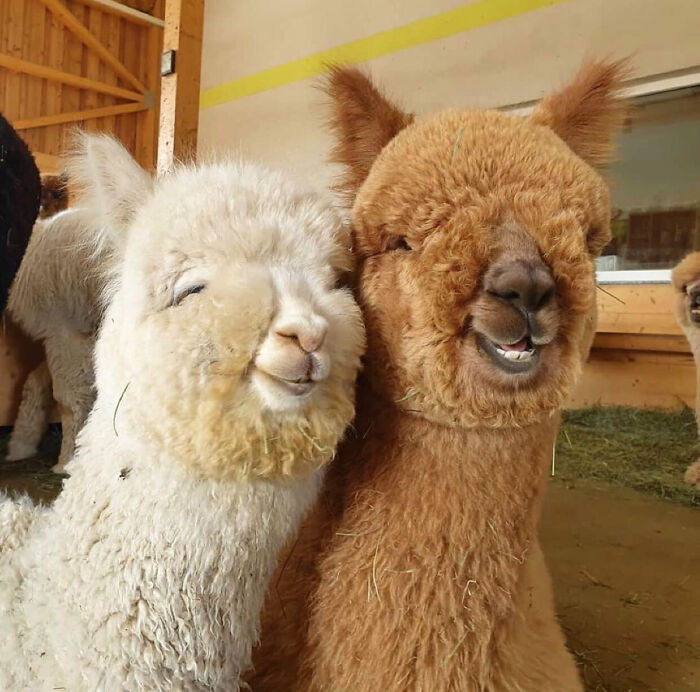 29. "This Derpy Alpaca At The Petting Zoo" 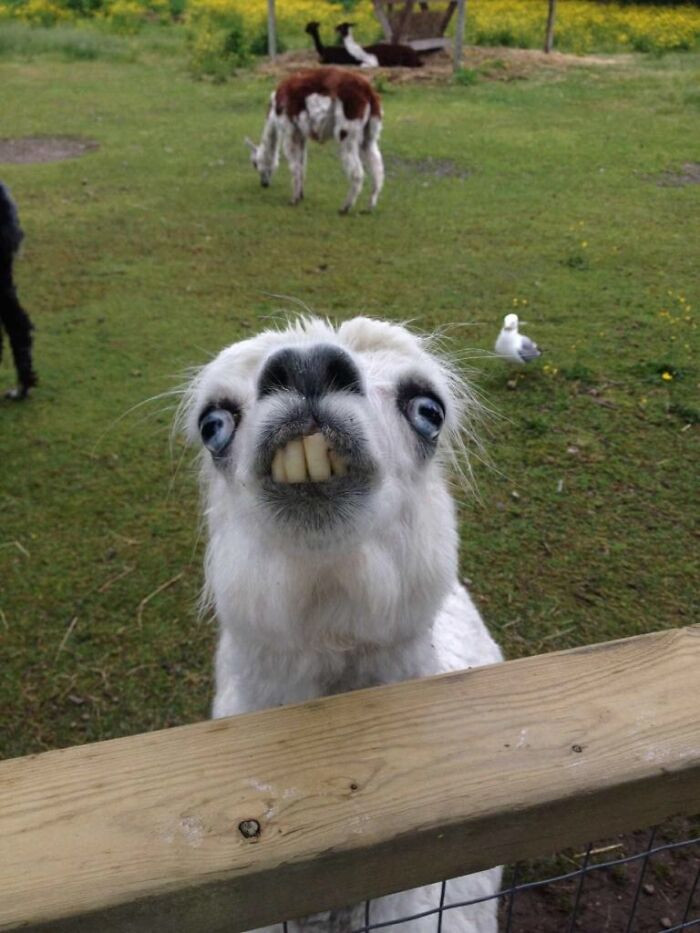 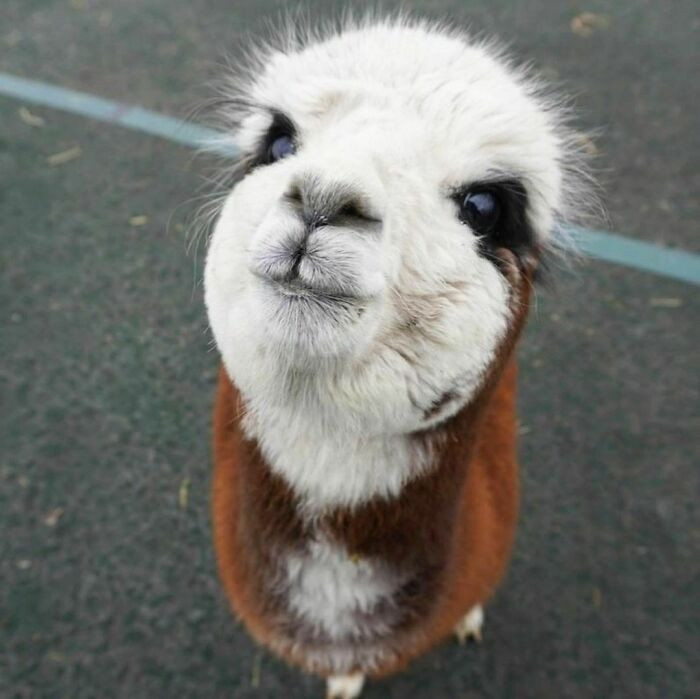 Amazing fact -these wonderful animals are also kept as livestock guardians. Even though they are gentle and timid, they can be fierce warriors when needed.

Another notable thing about them is hygiene. They don’t smell bad, and the whole herd does number two in the same spot. This interesting trait allows them to be house-trained. Tell us now, are you considering getting one?