Bats are all around us. We don’t see them often because they are nocturnal animals. There are around 1400 species of these animals, and they come in all sizes.

The smallest bat weighs as much as a penny (Bumblebee Bat), and the largest can have a wingspan of up to six feet.

Photos of one of the largest bat species recently hit the internet, and to say that is scary is a real understatement.

It is a giant golden-crowned flying fox, and it is the largest of the 150 species of large bats. For some people, it was like seeing their nightmares come to life.

After this picture of a “human-sized” bat went viral, people started questioning its authenticity 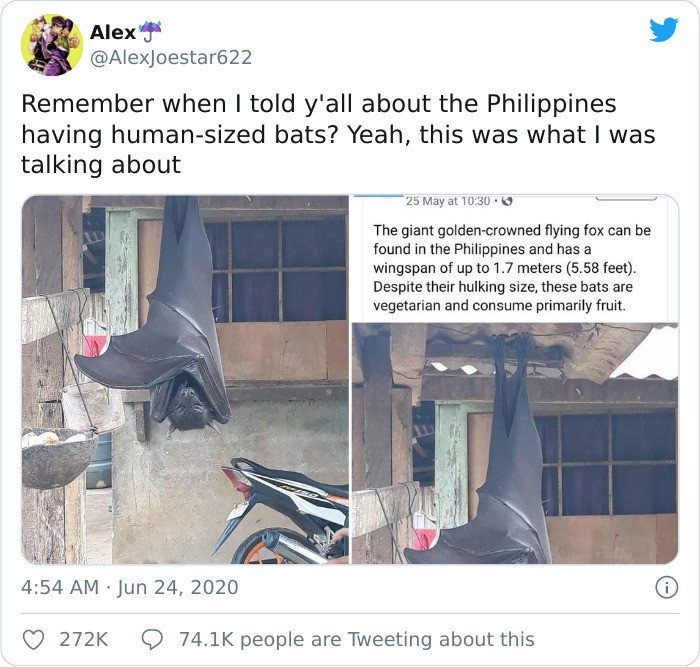 It doesn’t look threatening or aggressive, but the size of this bat is enough to scare people. 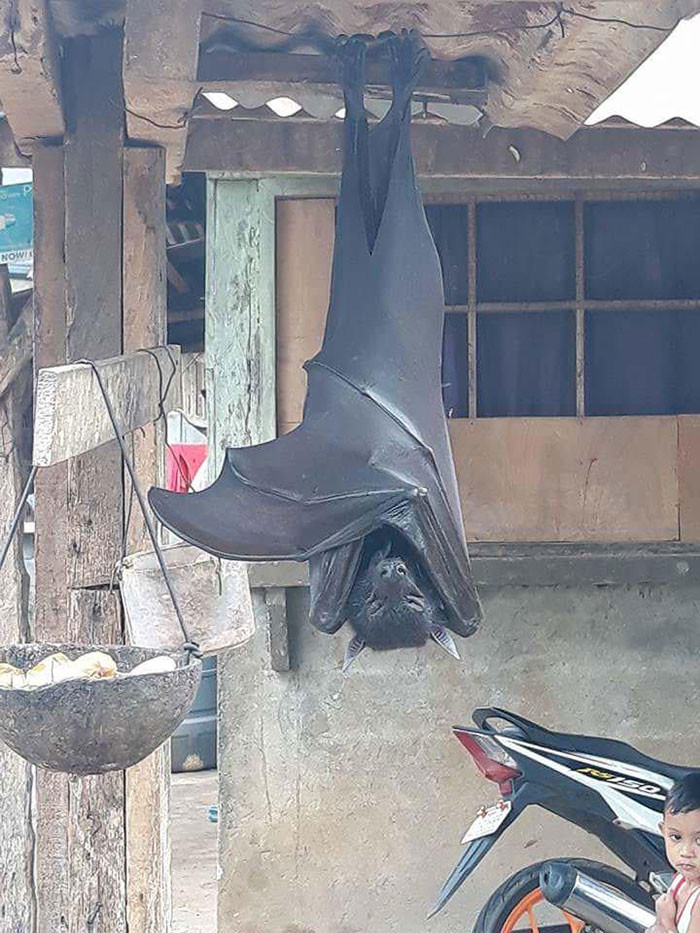 Many people immediately said the photo is phony. Never believe everything you see online, but this image was checked by people at Snopes, and they confirmed it is real.

Another picture of the same bat appeared, and it was much clearer how the bat really looks. 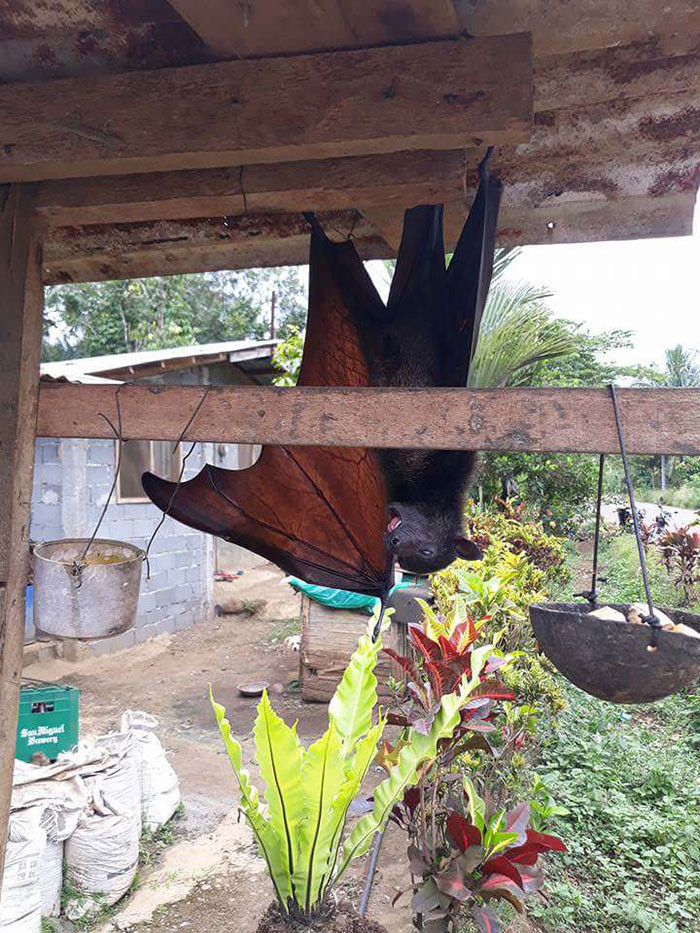 Another photo, but this time from a different angle, showed that the first one was affected by the perspective. It made the bat look much larger than it actually is.

Even if they are not human-sized, flying foxes are the largest bats in the world 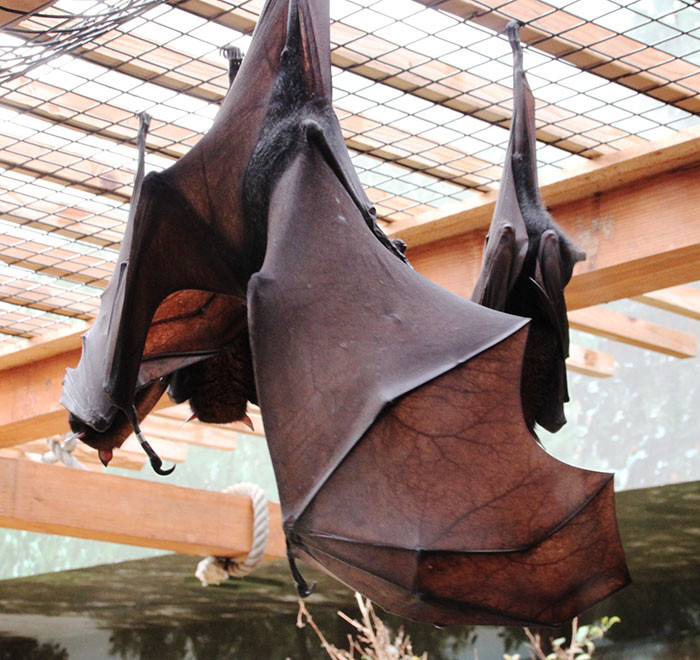 Although these bats are not human-sized (their body is smaller than the average human baby), their wings are huge. They have a wingspan of five feet. 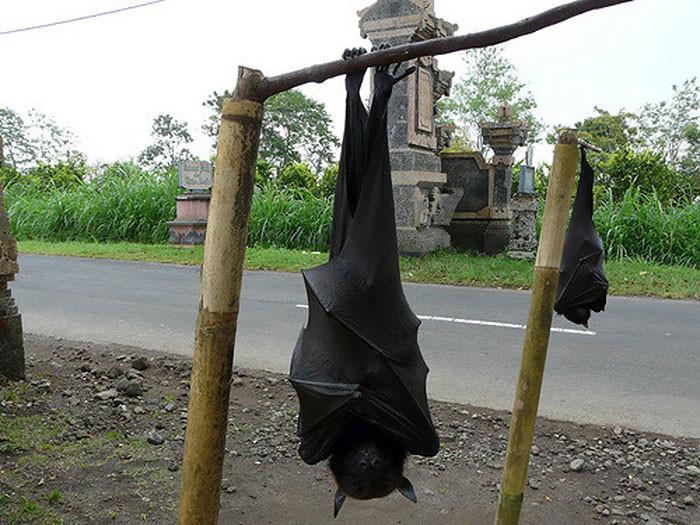 These bats have a wingspan of five feet 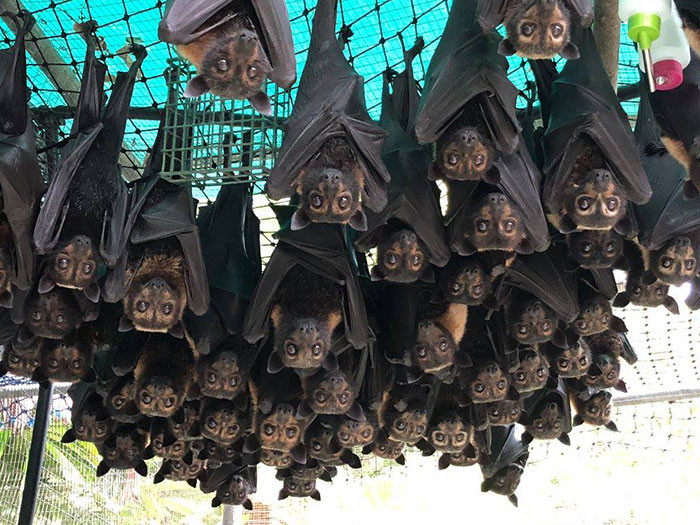 Although they may look scary, they pose no danger to humans – they are herbivores. 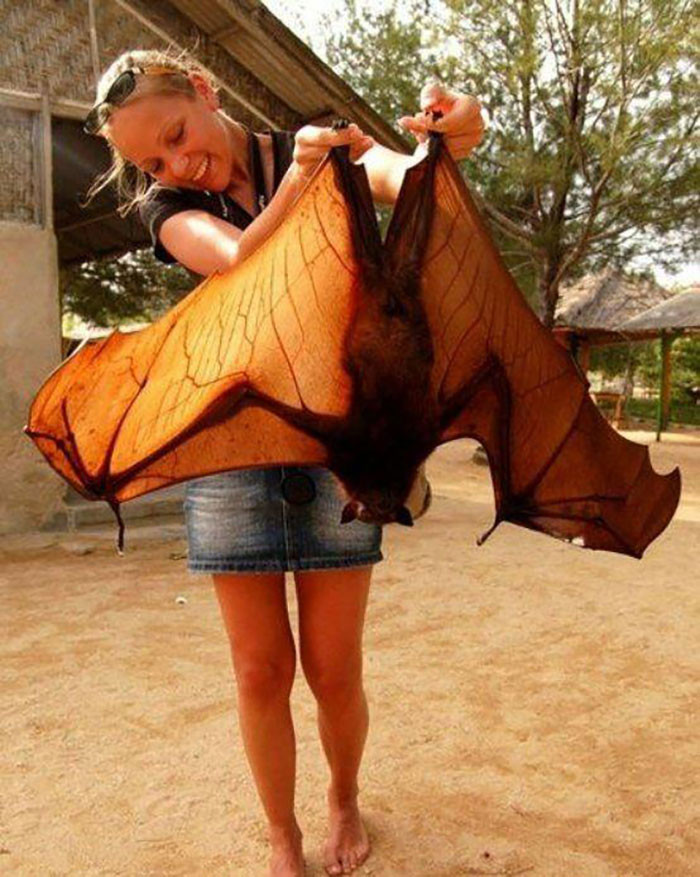 Local people wanted to clarify some things about flaying foxes: 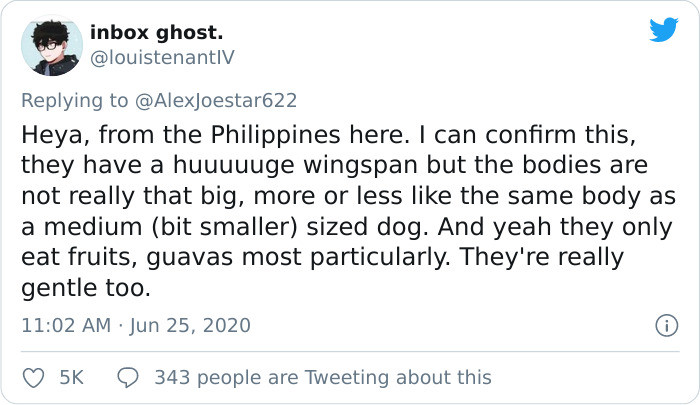 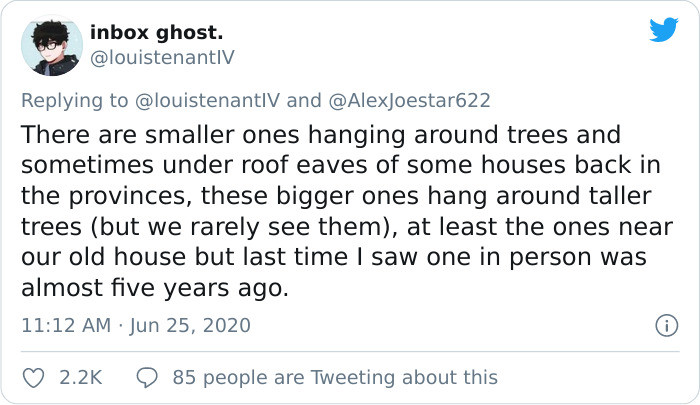 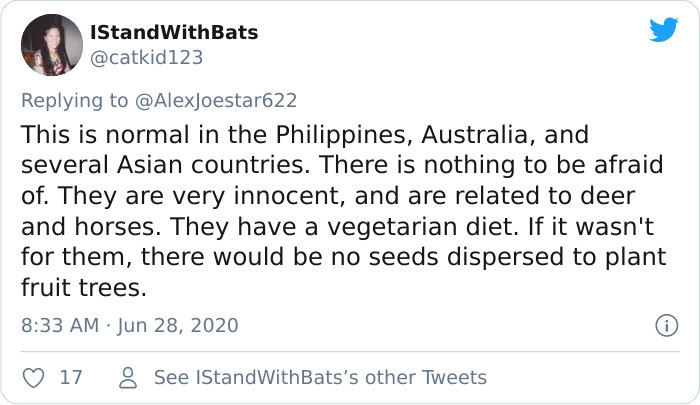 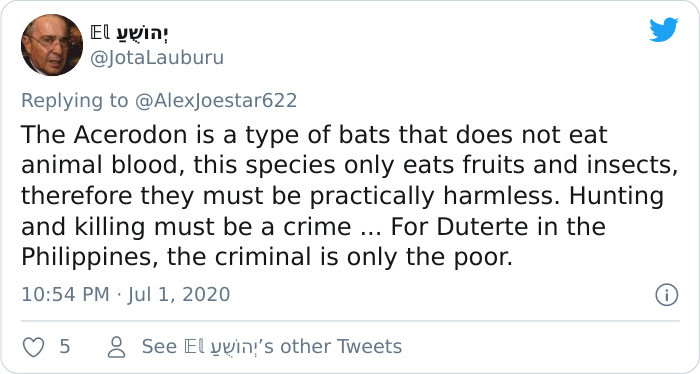 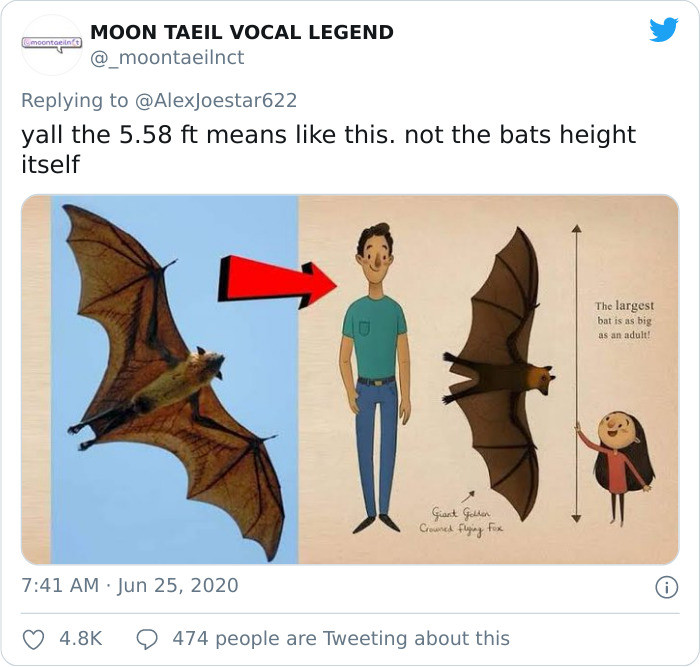