Strange things are happening in the world right now. And, Devi Larsen, from Edmonton, Alberta, Canada, has one pretty bizarre story to tell.

Recently, Devi heard some commotion coming from her yard. Her beloved cat, Loki, was out there, so she went outside to investigate.

Devi couldn't believe her eyes when she stepped outside. Loki had seemingly cloned himself and was having a brawl with his look-a-like.

"I heard them screaming at each other, so I ran upstairs to find two of the same cat staring each other down. It was pure chaos as I had no idea which one was mine," Devi said.

"Looking back, I probably should have just sprayed water at them to stop it, but it was in the moment, and I did what I could! Once I figured out who was who is when it all went downhill." 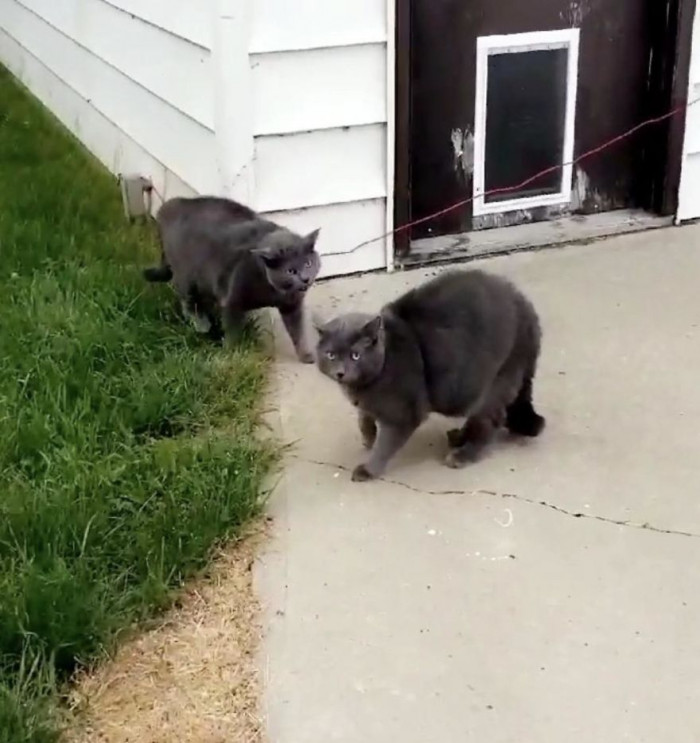 "Also, I forgot when I finally managed to separate them, I was putting fatness Loki in my house and he smacked my dog who was just trying to check if he was ok."

Thankfully, Loki was okay. As for the other cat, Devi couldn't be sure because it had already run away when she went back to check on it.

Devi posted the story on Reddit. Keep scrolling to read it in full.

"Today, I messed up by leaving my cat outside. First off, I'll start with a background on my fat cat."

"He's an 'indoor' cat but tries to get outside at every opportunity he can. I didn't want him to be an outdoor cat, so we compromised, and he's an outdoor cat."

"In the past, I have left him on a long lead and an easy break collar, but he has since figured out that he is fat enough to jump off something, and it'll easily break. I then moved to a harness, which he then realized that he just needs to back up out of it."

"Now, I have that it on so tight that he can't anymore (can still fit my fingers through it, worry not gentle souls)." 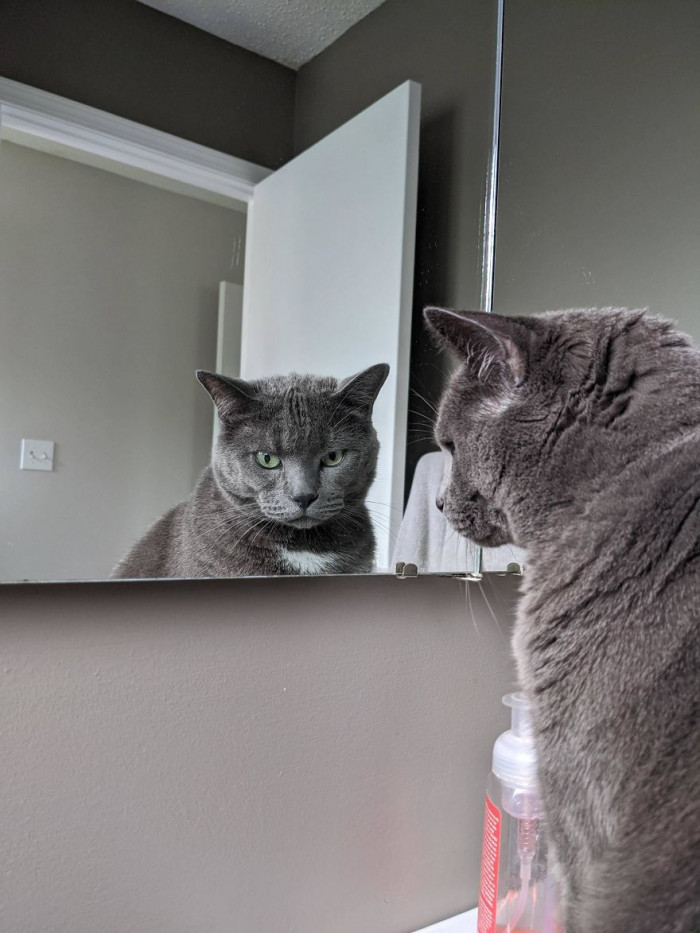 "Anyway, I figured I'd be nice and let him out for a bit while I was working downstairs."

"There I am on the phone with a customer who won't stop asking questions, and I begin to hear screams of pure death coming from my yard. I'm trying to get rid of my customer, so I can get to my cat and figure out what unholy hell he got himself into."

"My customer keeps saying some random stuff that he should have said way earlier as it wasn't even relevant anymore. So I'm like 'yep, okay, yep' trying to get rid of him and also nervous he can hear the horror show in the background."

"Finally, I get off the line and race upstairs thinking my cat jumped the fence and was now dangling from the line (I always have it shorter than the distance to the fence but figured he found a way to frick me over once again)." 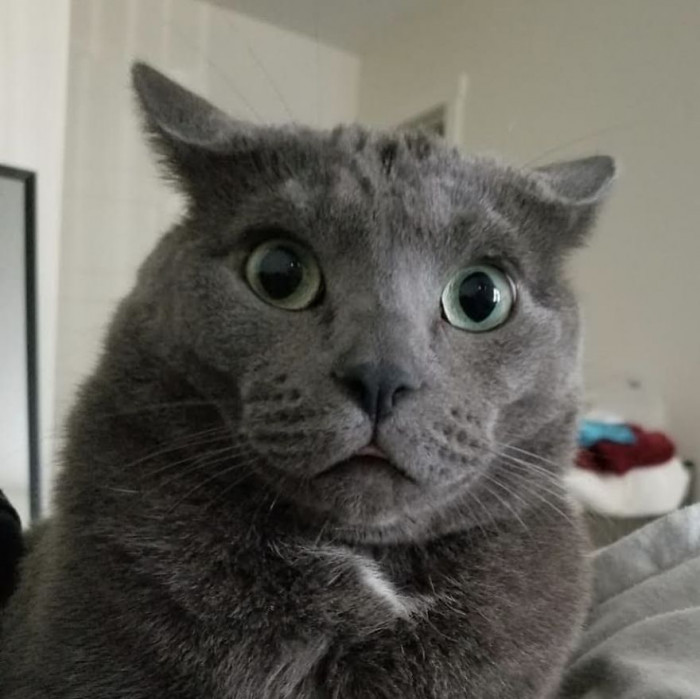 "I immediately see I was completely wrong and think I'm either tripping, or there is another whale of a cat that looks identical to mine." 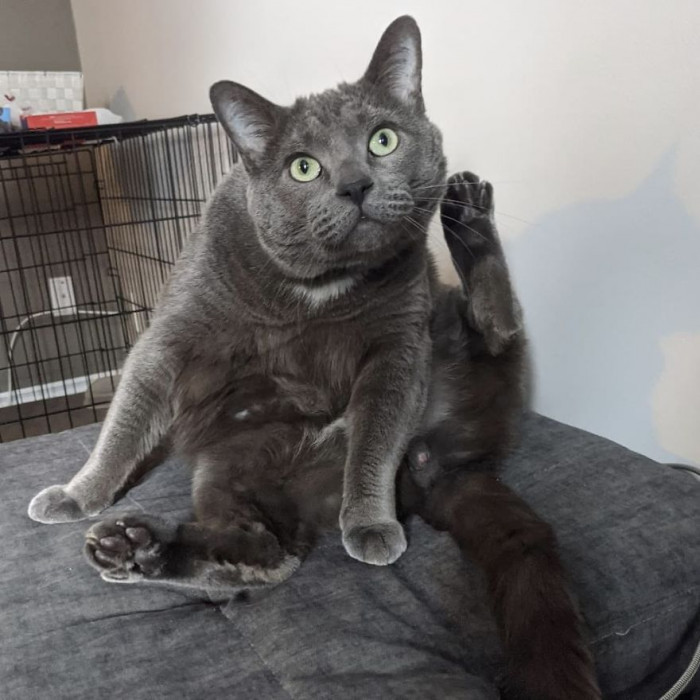 "I snap a quick pic in case this cat gets away so I can post him online to try and find his owner's."

"They're both so fat and puffing out like no tomorrow. I can't tell who's who. I figured I might be able to tell them apart because my cat is wearing his leash, right?"

"Nope. He has once again somehow Houdini'd outta the harness, so now I have two heathens growling at each other, and I have no clue which one is mine." 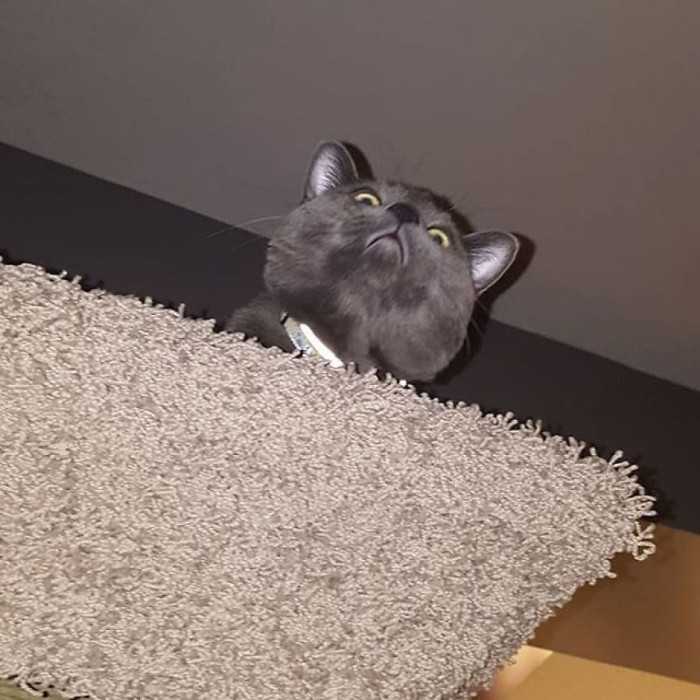 “I finally see the other cat has a black harness, so I quickly grab that and go to hold my cat back."

"Before I can, he launches himself quicker than this jiggly beast has ever moved in his life. He full-on tackles this other cat, and they slap together like PB and jelly.” 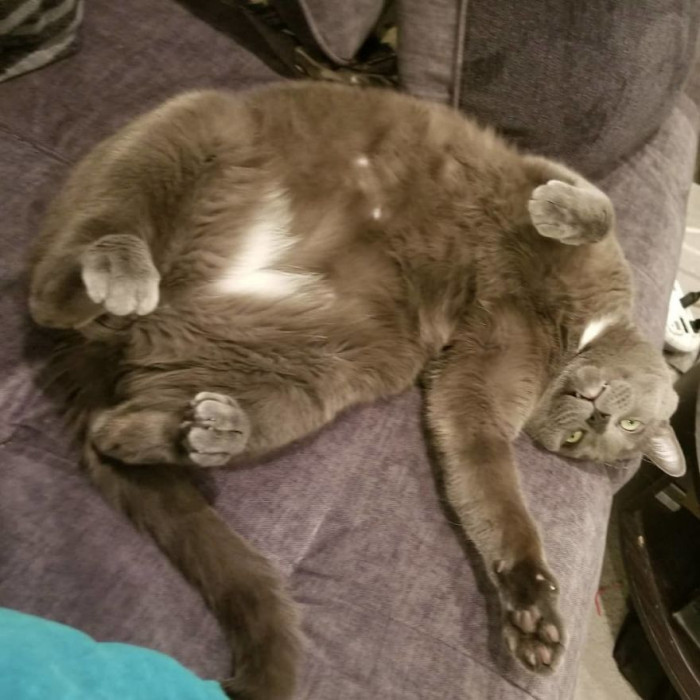 “I manage to separate them relatively easy, and I pick my cat up and hold the other one's harness so I can check him for wounds after I get mine inside. Big mistake." 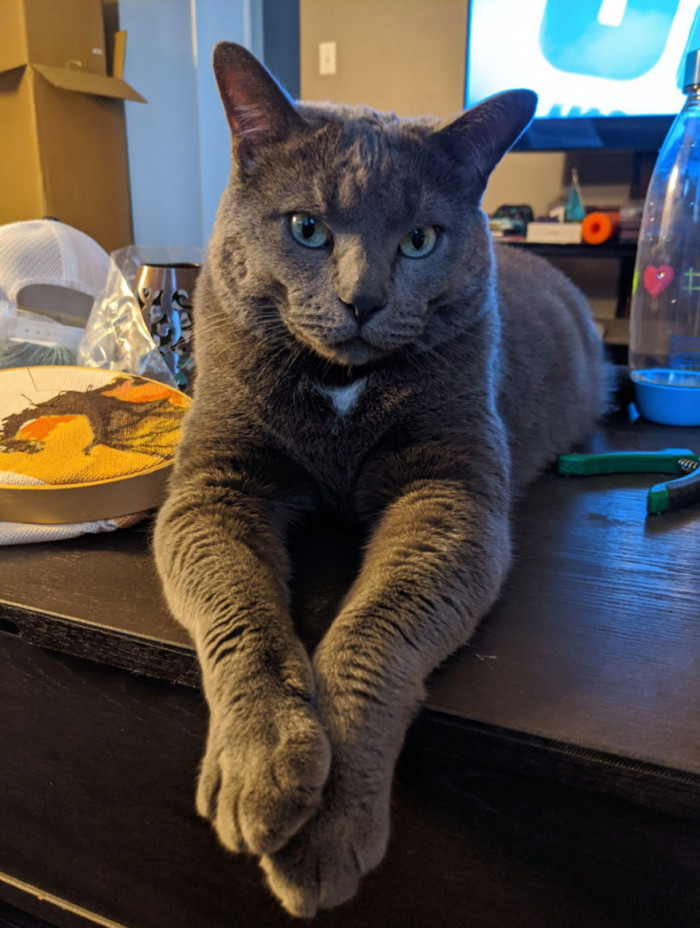 "This cat launches himself up to my leg and scratches my hand. Meanwhile, my cat is also trying to demolish the other cat and also attacks me in the process.”

“I get my cat inside, and the other blubbering beast is now trying to jump the fence. But he’s so fast that he jumps and is literally sliding down the fence in slow-mo like a cartoon character."

"I’m trying to catch him, but he’s surprisingly fast for a Snorlax. I go back inside to grab treats to entice him, but he’s gone, and I only had a 15-minute break at work.” 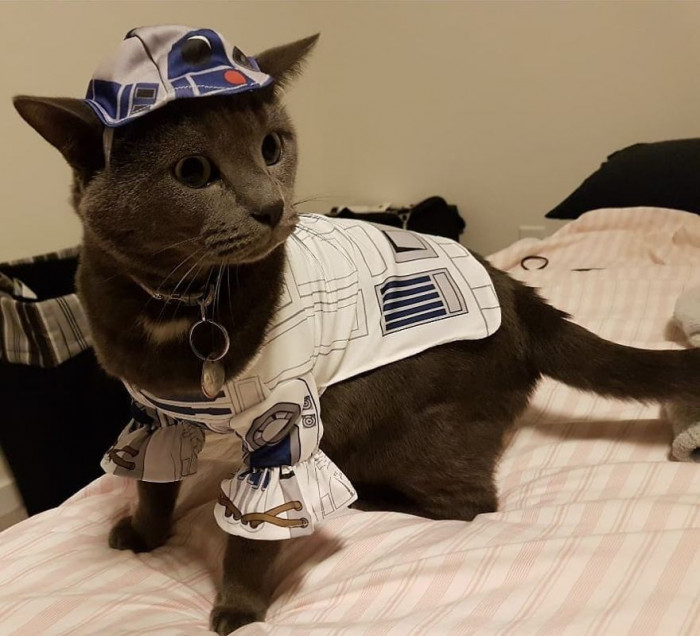 “I wanted to check him out to make sure he was ok but didn’t have time to look for him anymore."

"I’ve left some food out for him to see if he’ll come back. I figure he might be traumatized, but a guy his size needs to keep his calories up.”

Many people were concerned when Devi said, “My hand is now swollen a little and hurts to move.” Ouch!

Later, she posted an update about her wound. “Just got back from doctors, got a tetanus shot and some antibiotics, thank you, everyone!” 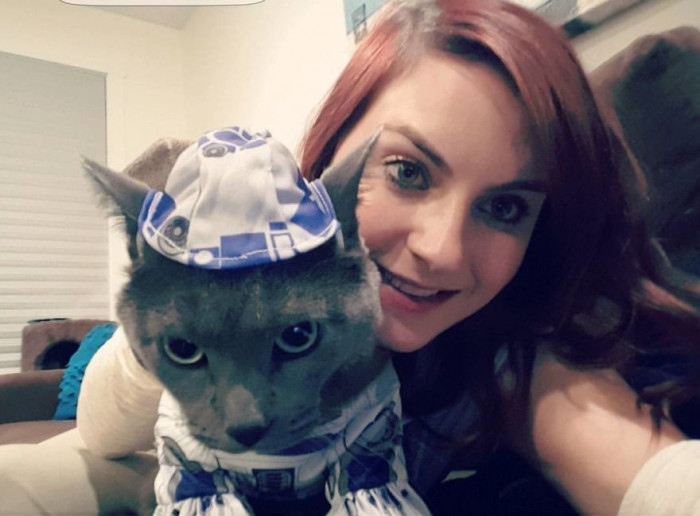