Andrew Marttila is a talented pet photographer best known for his charming images of cats. While Andrew used to be allergic to cats, these days, he is a self-confessed "crazy cat man."

Most recently, Andrew has been working on a project about how cats react to catnip. In his new book, 'Cats On Catnip,' Andrew shares a series of photos of cats and kittens tripping out on the herb.

So, what exactly is catnip? Essentially, it's a herb that comes from the mint family.

Catnip contains an essential oil called nepetalactone, which is the part that makes cats go a little crazy. While not every cat will react to catnip, typically, cats will respond by sniffing, rubbing their chin, neck, and body, chewing, and shaking.

Cats will usually start out hyper before the "high" wears off, and they start to chill out. But every cat is different, and some cats can even become aggressive after coming into contact with catnip.

In Andrew's book, he captures the reactions of many different kitties, including Fluffy, who turns crazy on catnip, and Mittens, who becomes an expert in acrobatics. Scroll down to take a look at some of Andrew's delightful images. 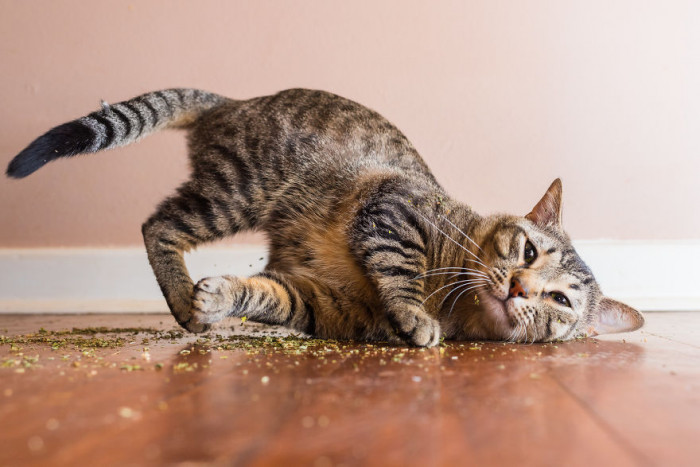 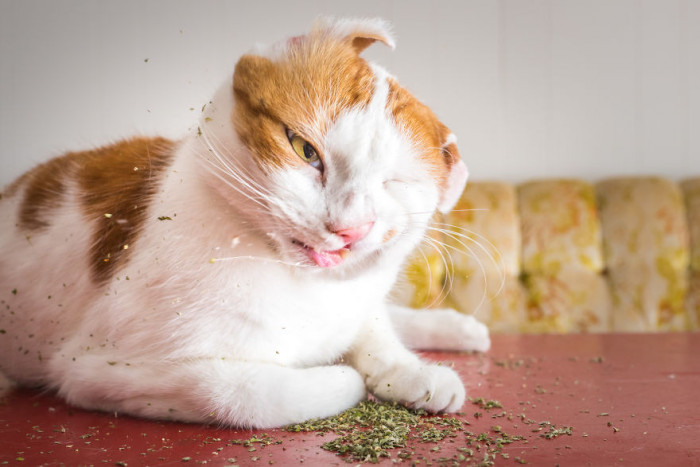 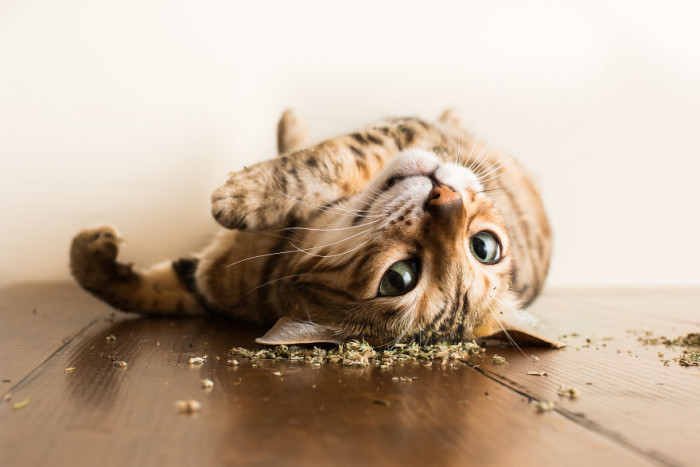 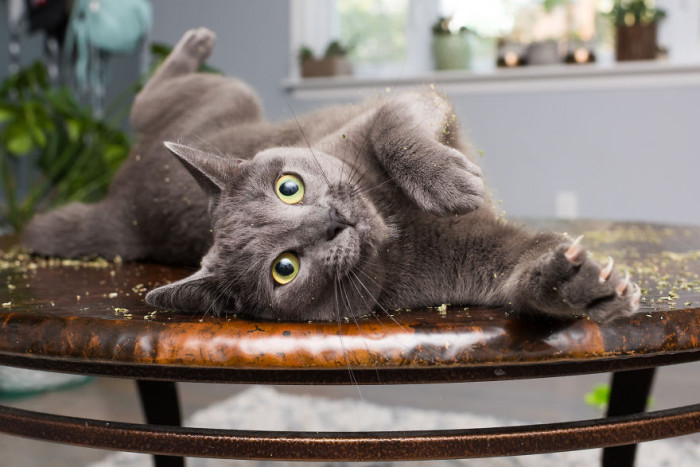 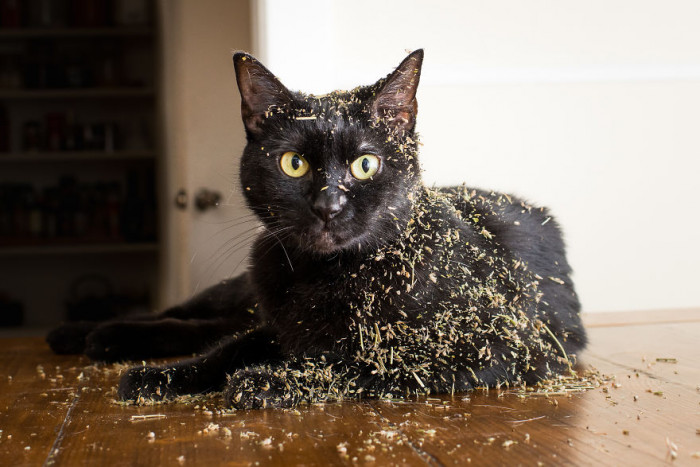 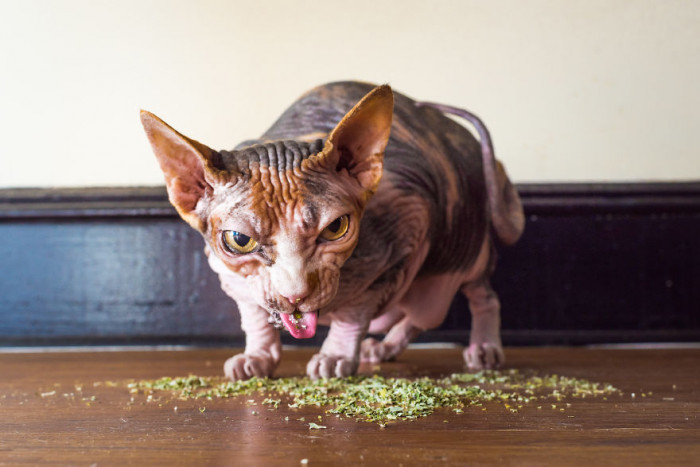 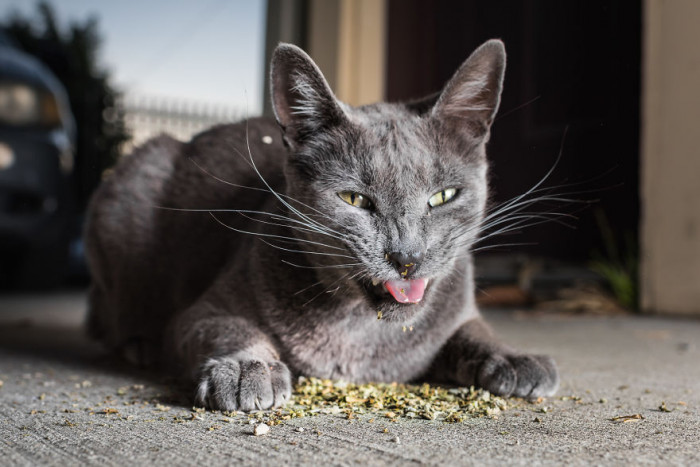 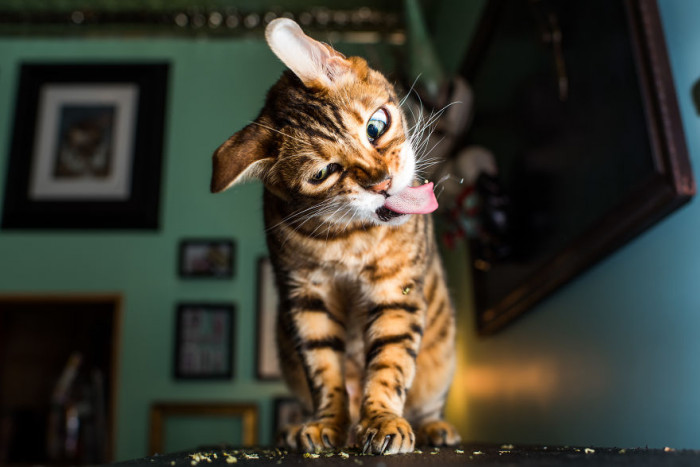 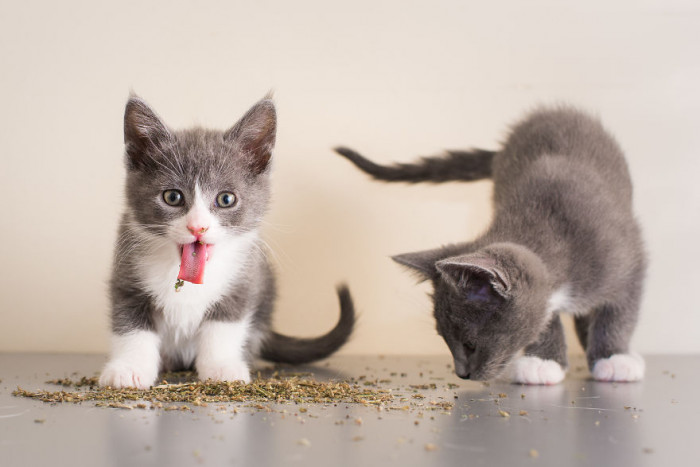 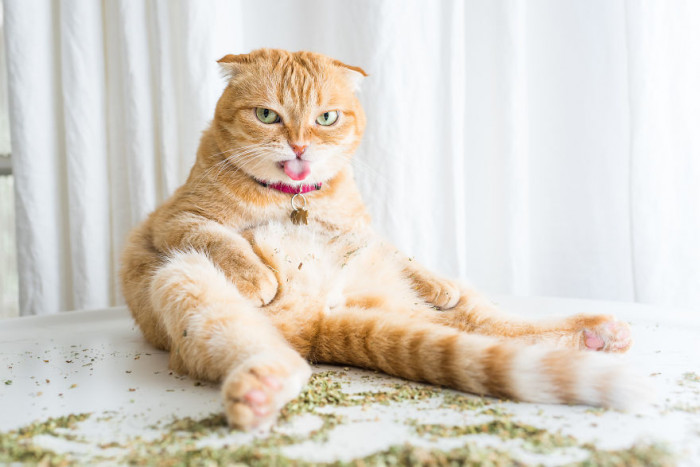 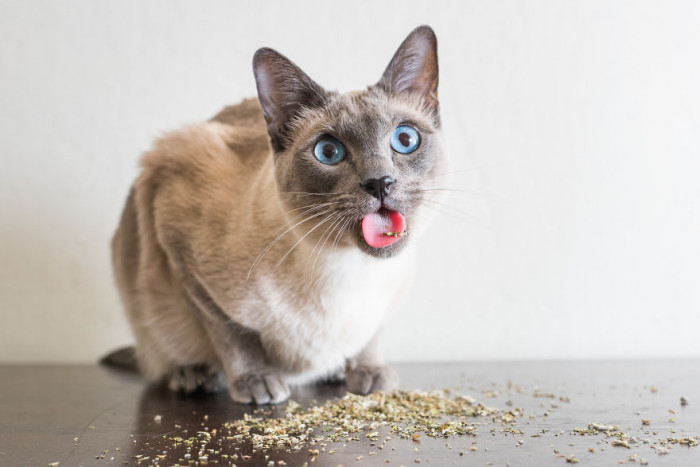 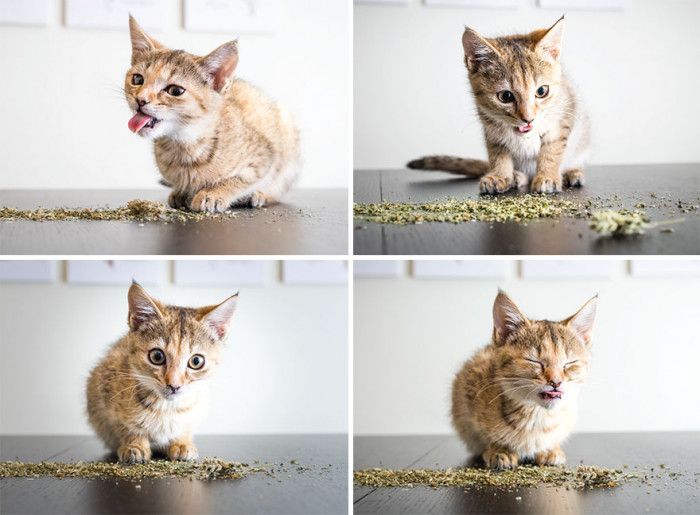 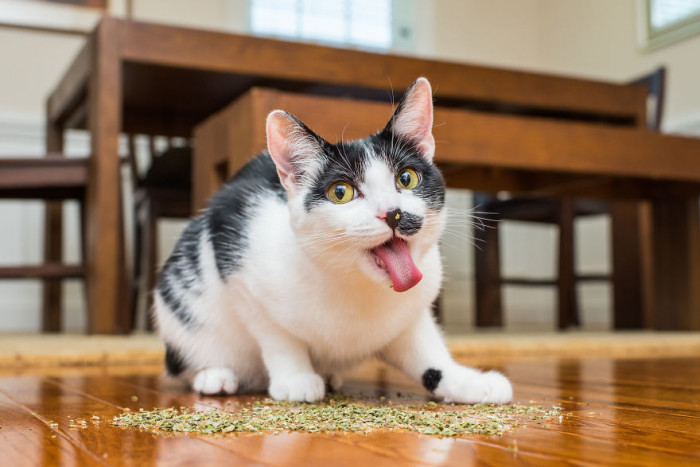 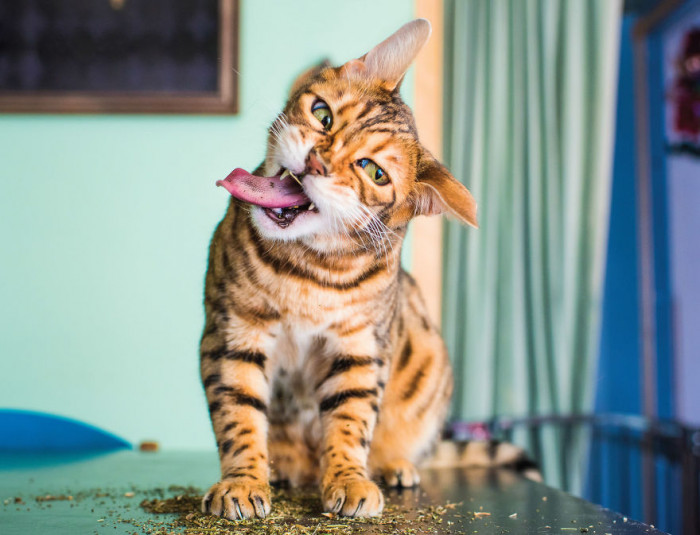 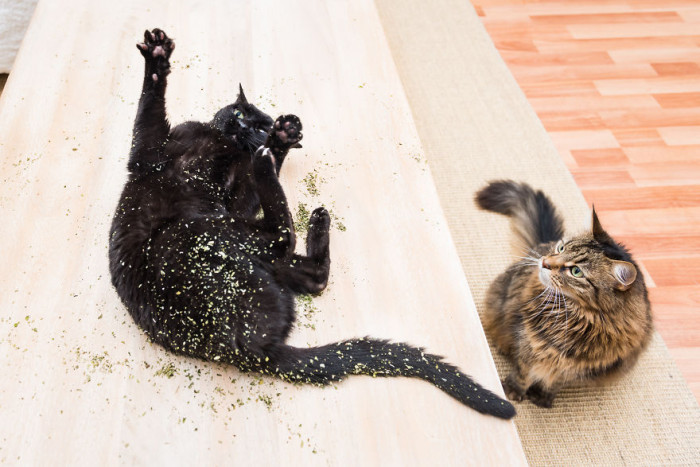 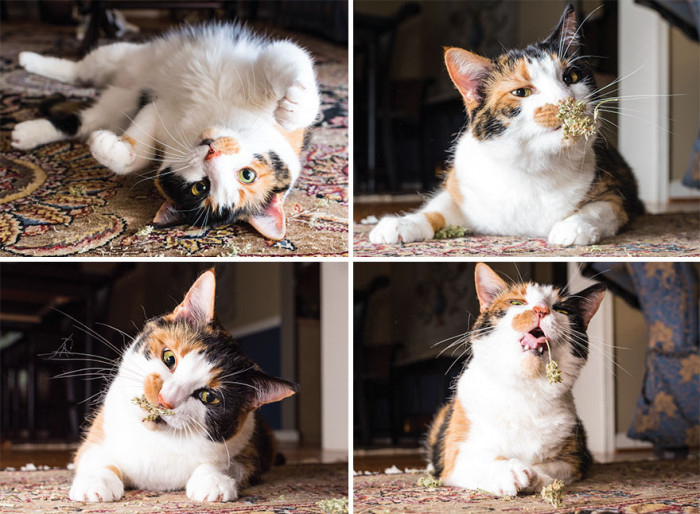 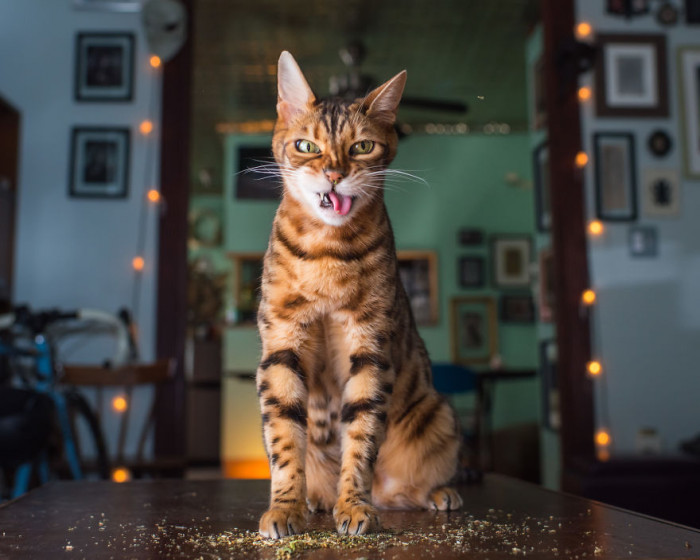 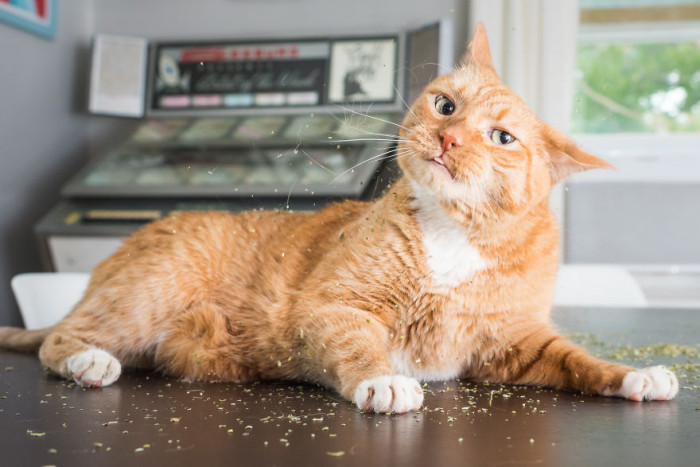 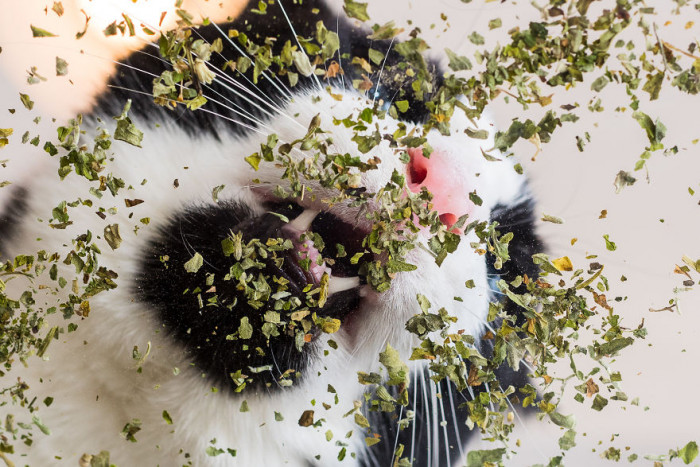