We could all agree how pets look just adorable performing human job roles, and from all of them, cats may be the most interesting. Also, they rarely use their faces to express their feelings, but the results are hilarious to see when they do.

If you are a cat owner, you already know that life can't be boring in their company and curiosity often gets them in all sorts of trouble. In this post, you can see how it looks like when cats explore their career options in the otherwise human world.

Cats are curious and like to know "what will happen if they do something" and that leads them to the funniest of situations.

1. If you feel cold here is one new and stylish personal scarf

The Atlantic explains why cats look so serious most of the time:

"Cats, she pointed out, simply don’t have the facial muscles to make the variety of expressions a dog (or human) can. So when we look at a cat staring at us impassively, it looks like a psychopath who cannot feel or show emotion. But that’s just its face. Cats communicate not with facial expressions but through the positions of their ears and tails. Their emotional lives can seem inscrutable—and even nonexistent—until you spend a lot of time getting to know one." 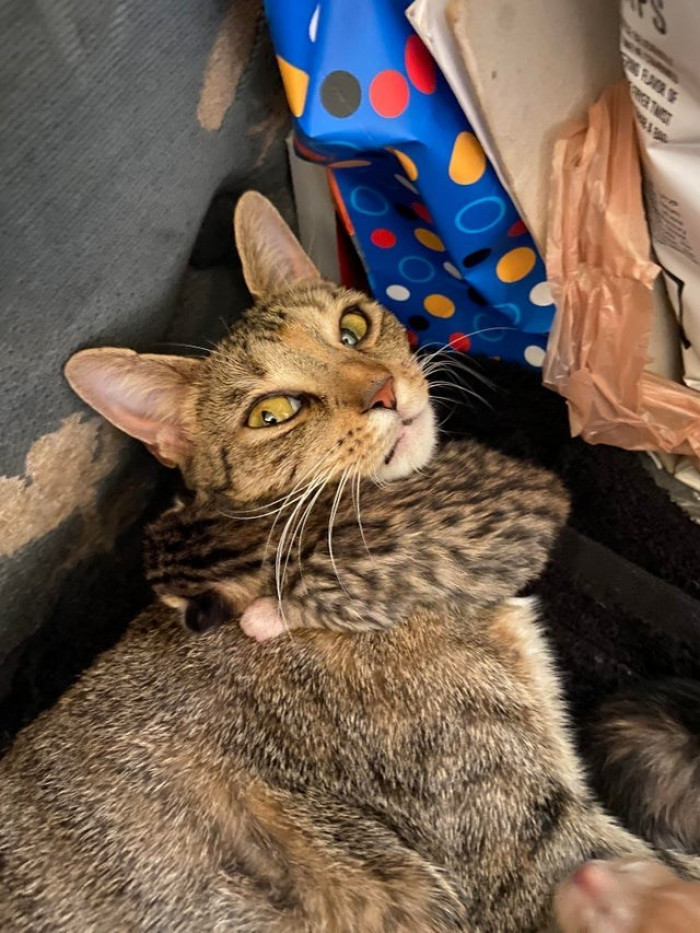 2. Brisket just kitten around on her first day as an intern 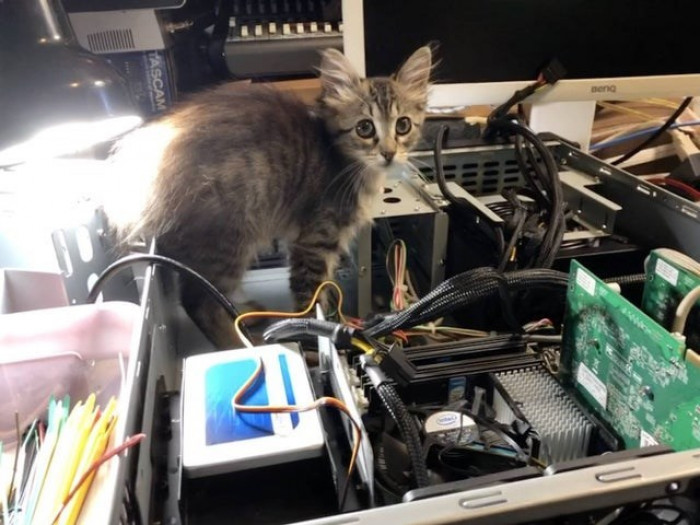 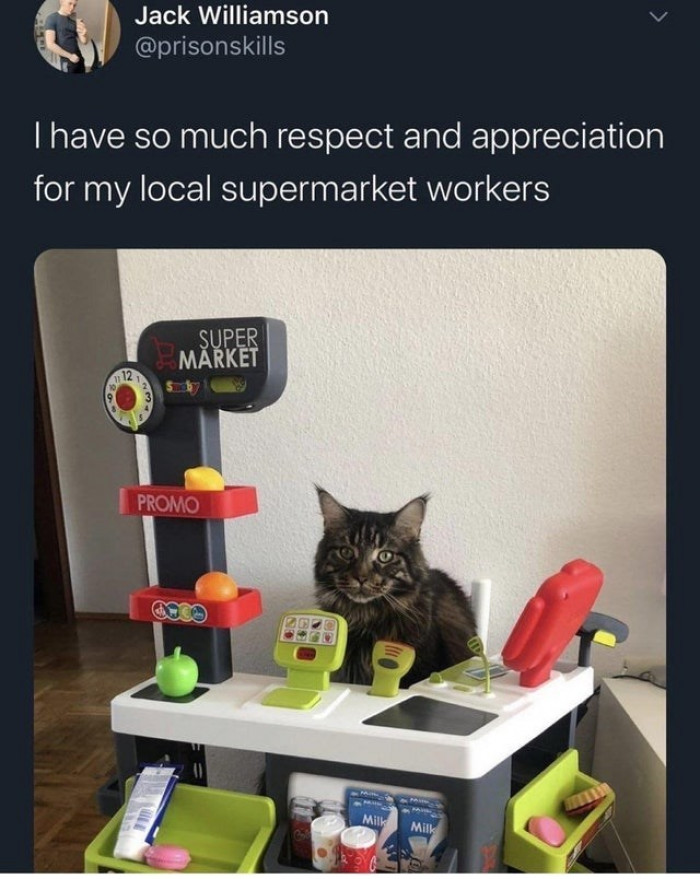 4. Brave Mia today recued little kitten with flea anemia by donating blood and was rewarded with new toys and some yummy treats 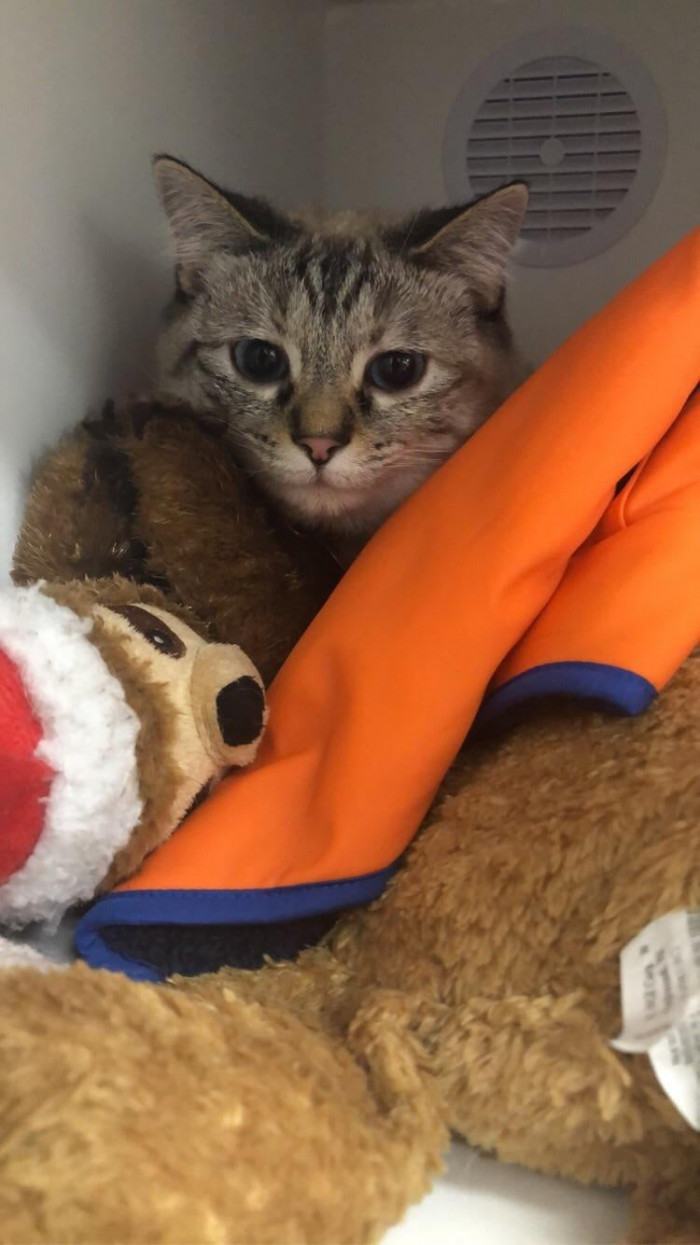 5. Tom is taking advantage of his new job at Home Depot

"Dogs, on the other hand, have learned to mimic humans. They do that thing where they pull their mouths back into something resembling a smile. They hang their heads in a way that looks super guilty. Just as humans have shaped the physical appearance of dogs, we’ve bred them to be extremely attuned to human social cues. Dogs that repeatedly raise their brows to make cute puppy faces are more likely to be adopted out of shelters." 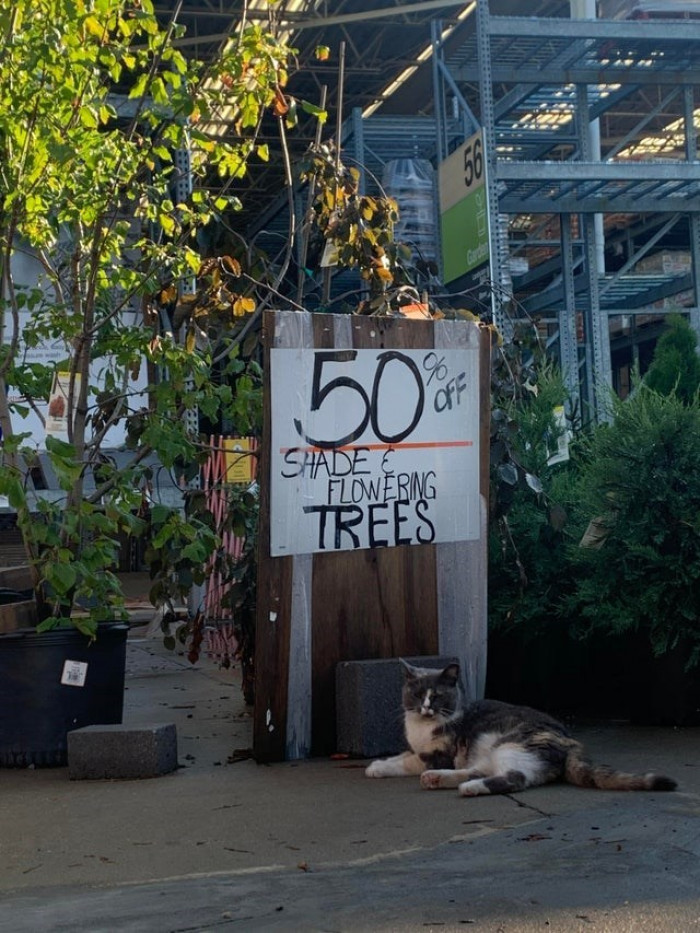 6. Our new tech guy is taking a break 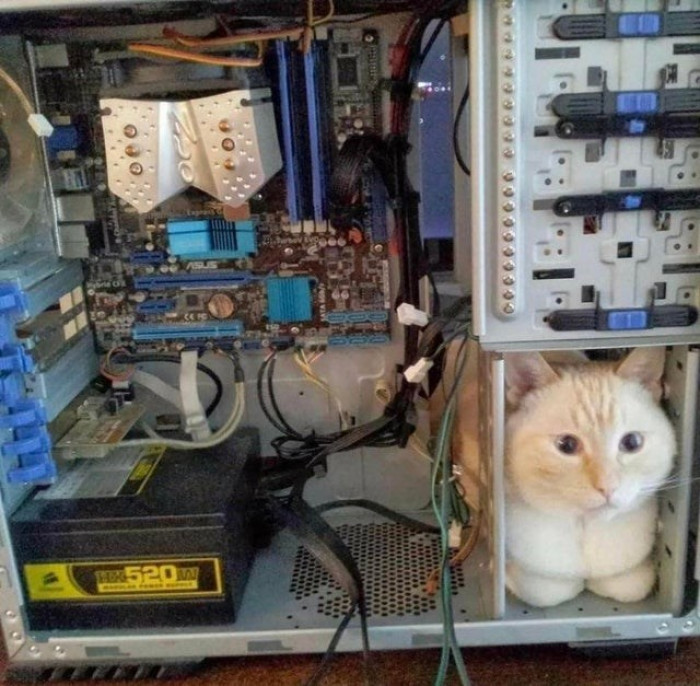 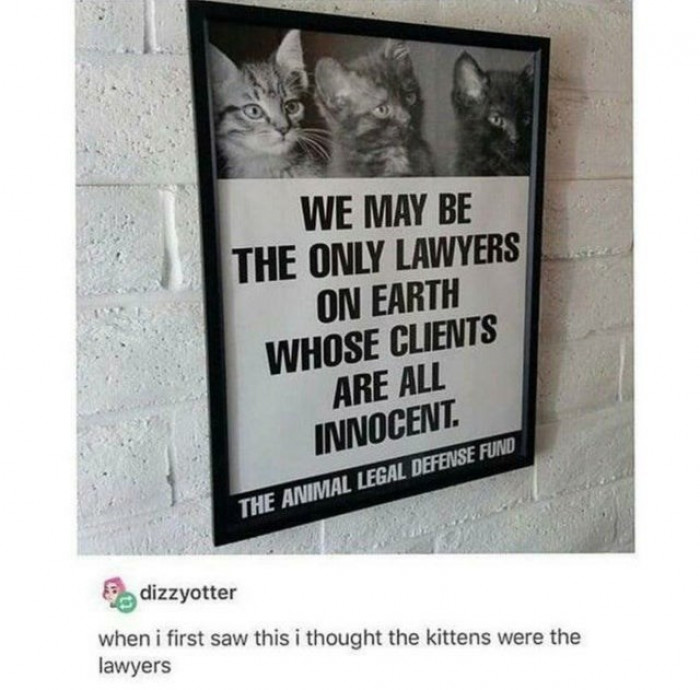 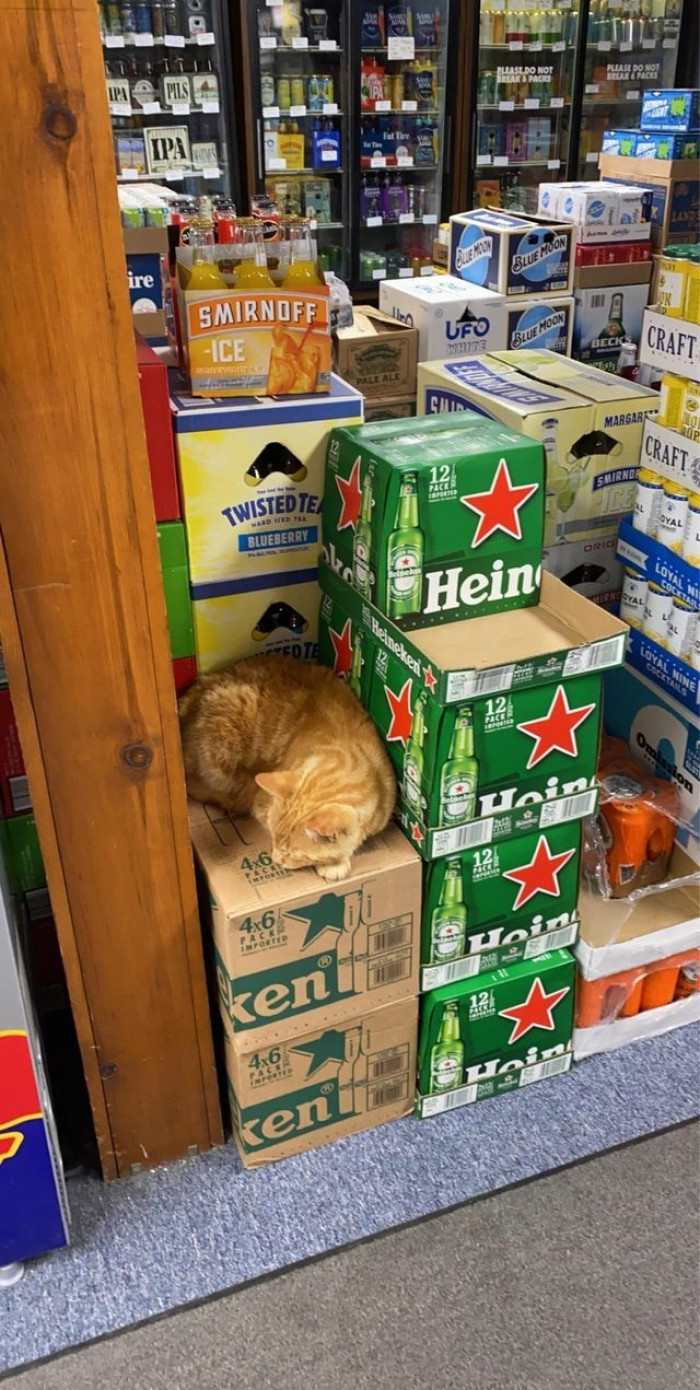 "A common charge against cats is that they do not care about their owners as anything more than a source of wet food. In studies of pet-owner relationships, scientists have found that dogs are more “attached” to owners. These studies frequently rely on protocol called the Ainsworth Strange Situation, in which the pet explores an unfamiliar environment alone, with its owner, or with a stranger. Dogs are more at ease with their owners rather than with strangers. Cats can’t seem to care less about the human there." - The Atlantic 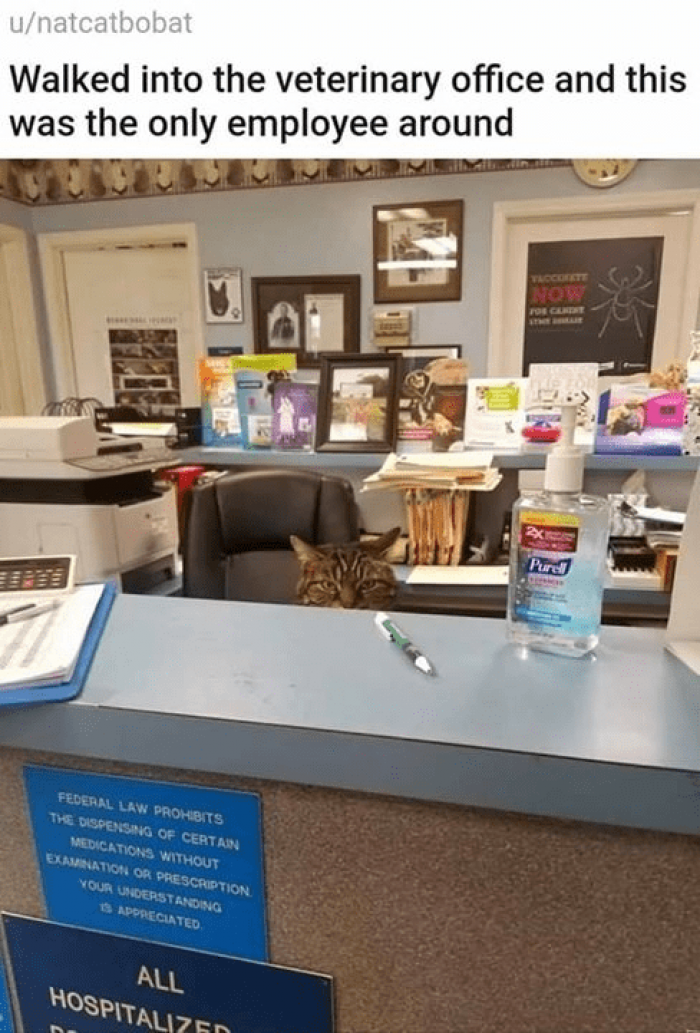 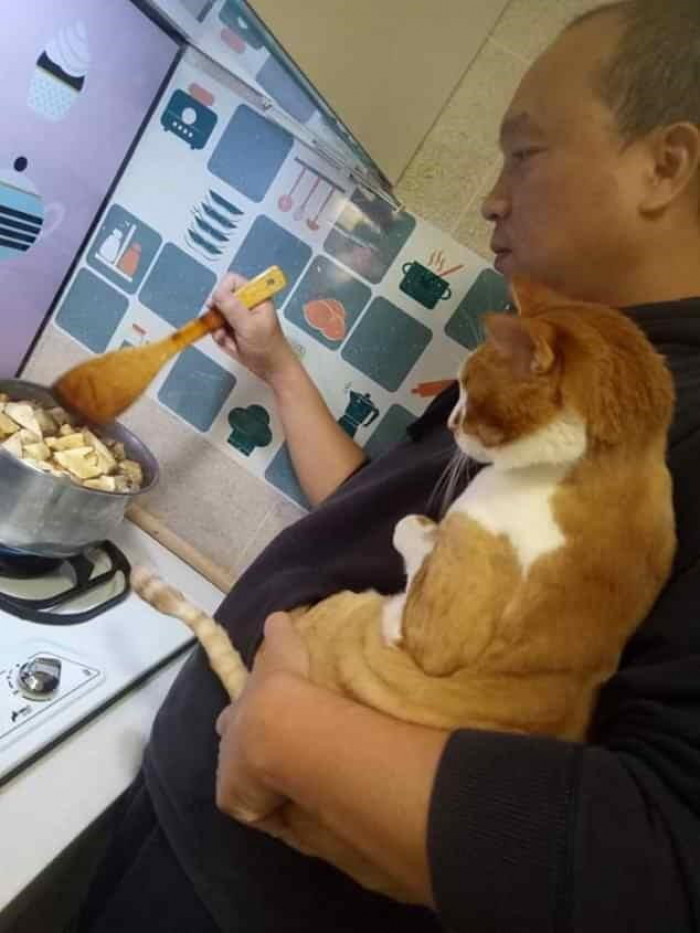 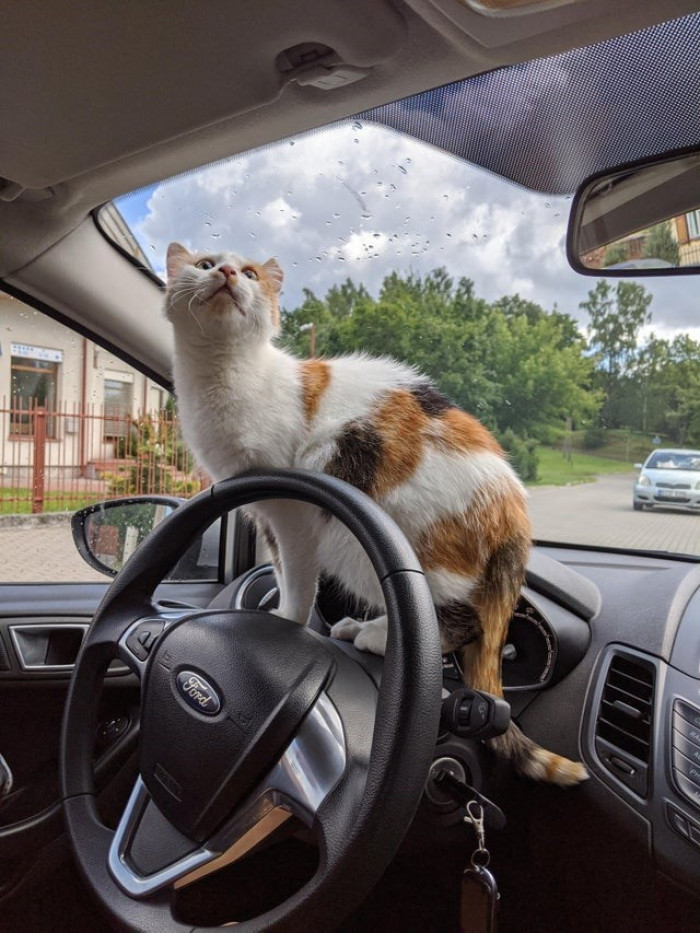 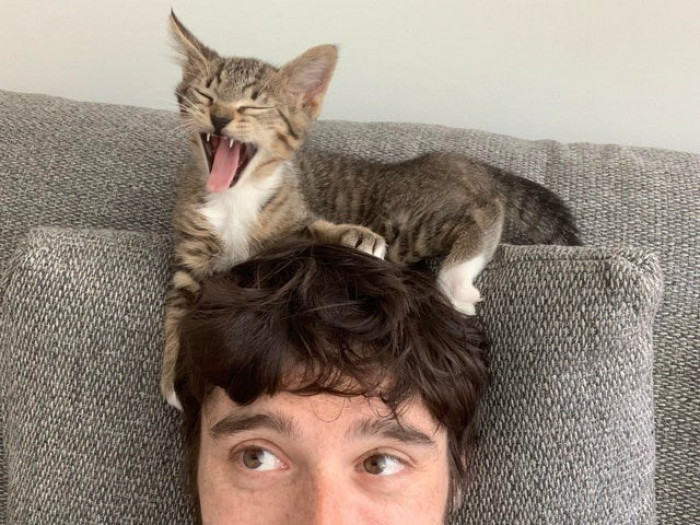 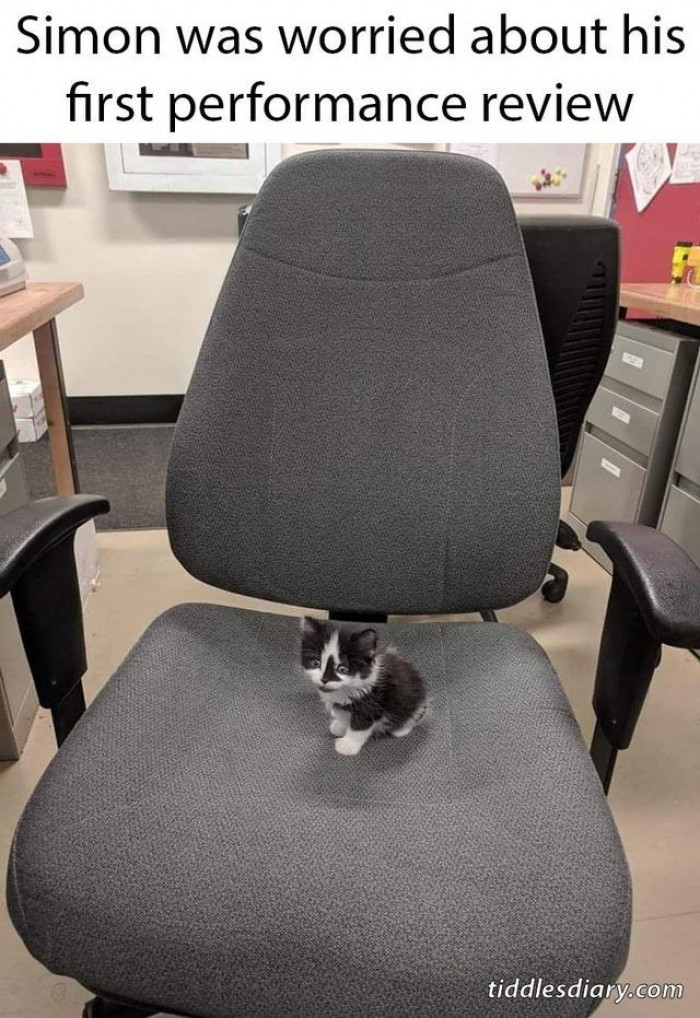 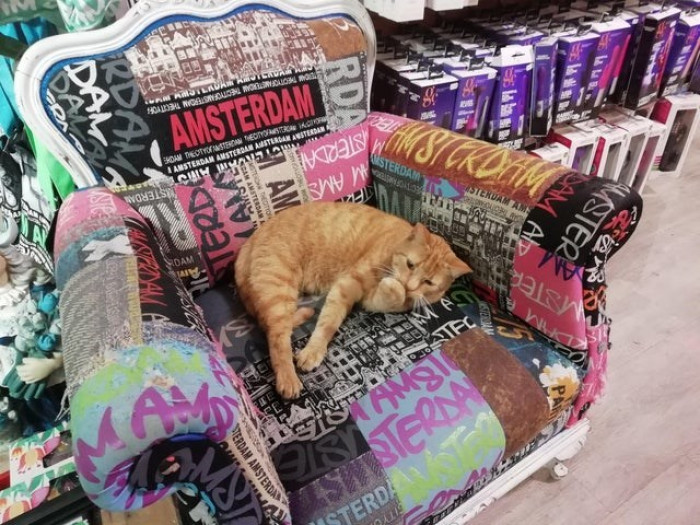 15. Please finish all of your lectures 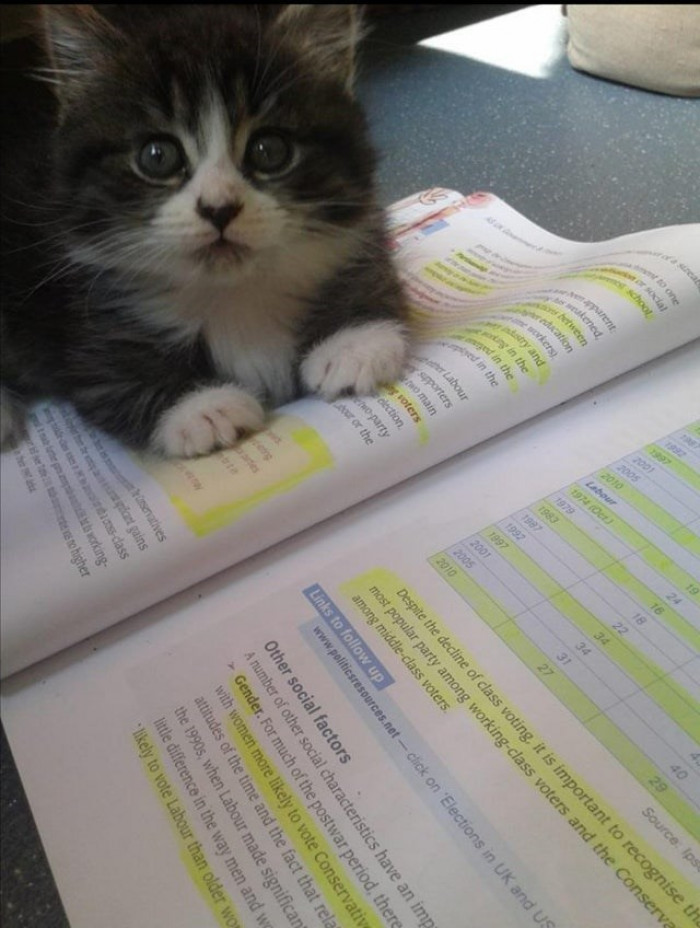 "Maybe this says something about pet-owner attachment, but Delgado noted that dogs are used to their owners taking them to new places. Cats are territorial, and they might only leave the house to go to the vet, so what looks like indifference to their owners might just be overwhelming anxiety about a new, strange environment. Plus, the Ainsworth Strange Situation was developed by Mary Ainsworth to study parents and infants—another example of us judging cats on human rather than cat terms." 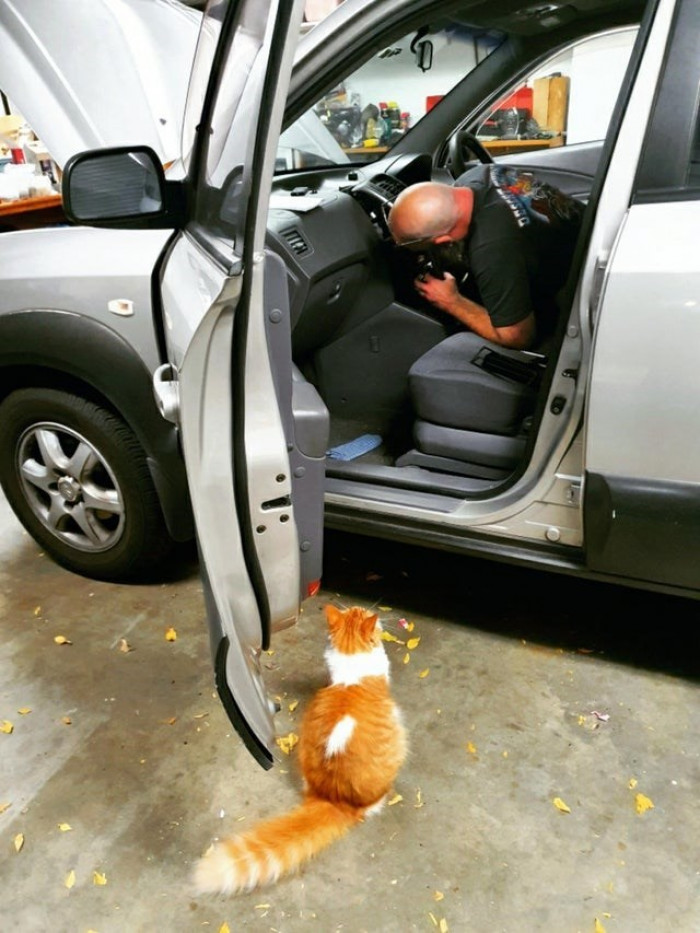 19. This is a self-service gas station, please proceed to the register