Cats can be really weird every now and then. Sure, they look very adorable when playing around or sleeping but they also do some things that are hard to understand.

I guess our simple human minds aren't enough to understand them. Cat owners can definitely relate to this.

Cats will just run around like crazy really late at night for no reason. Sometimes they just stare at nothing for a super long time as if they can see something.

That's a reason enough for you to grab your cat and get out of there. These aren't the only creepy things cats do.

Artist Cotton Valent found inspiration in this and made a comic series named "Creepy Cat". The story is about a girl named Flora who moved into an apartment owned by a cat.

A lot of really creepy and nerve-wracking things happen to her during her adventures with the creepy cat. If you want to see some of them, just scroll down. 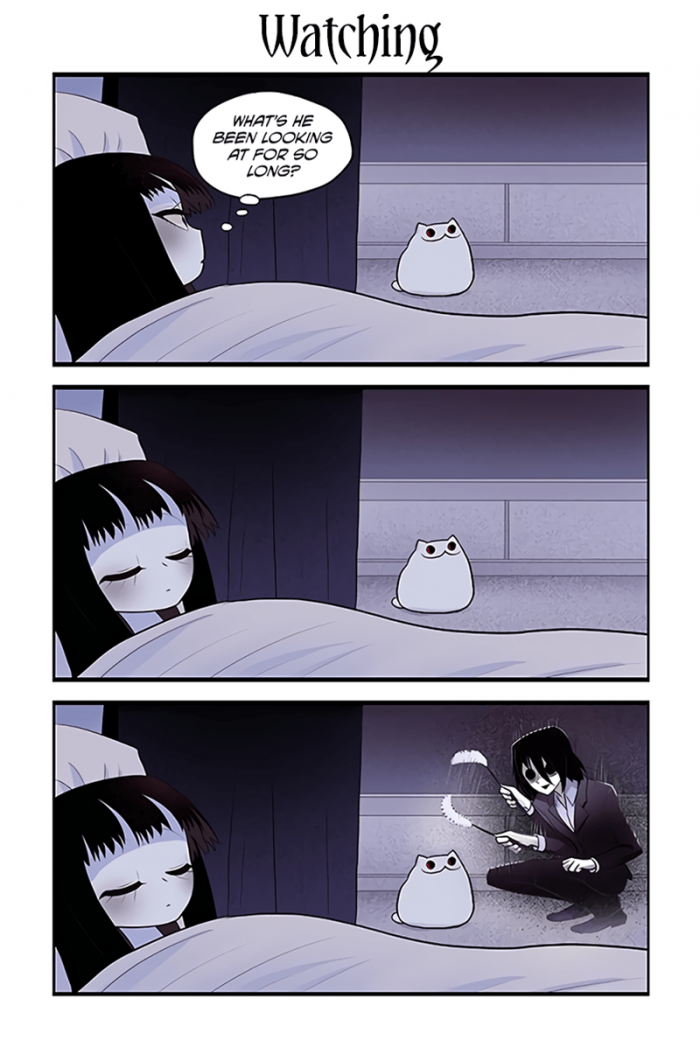 2. Gifts from cats are usually not the most pleasant. 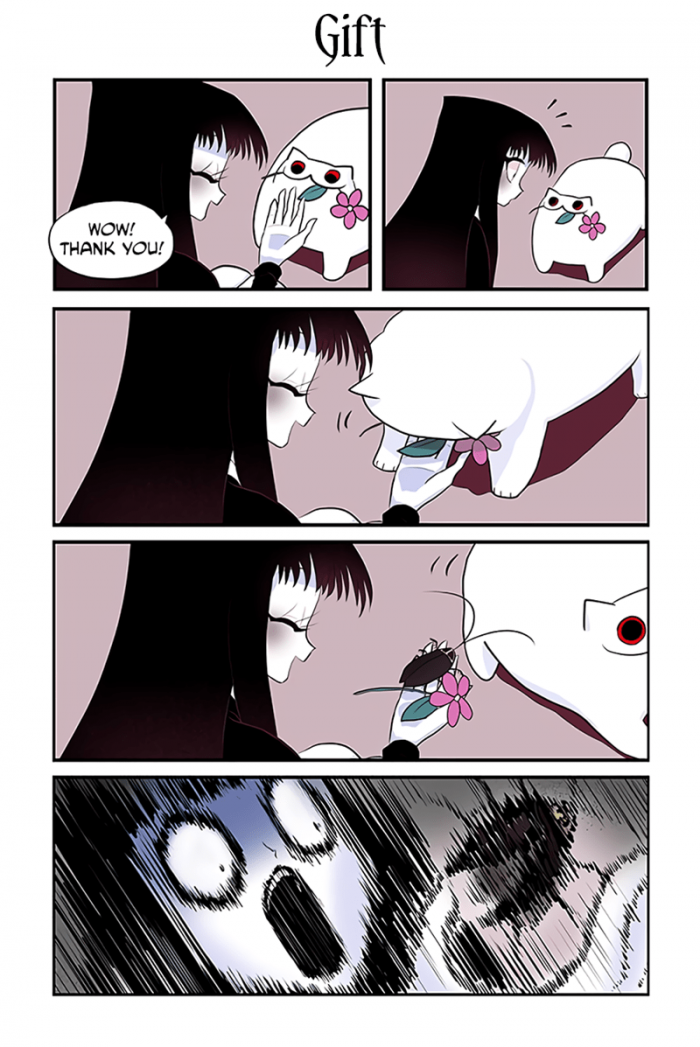 3. What do you mean, together? 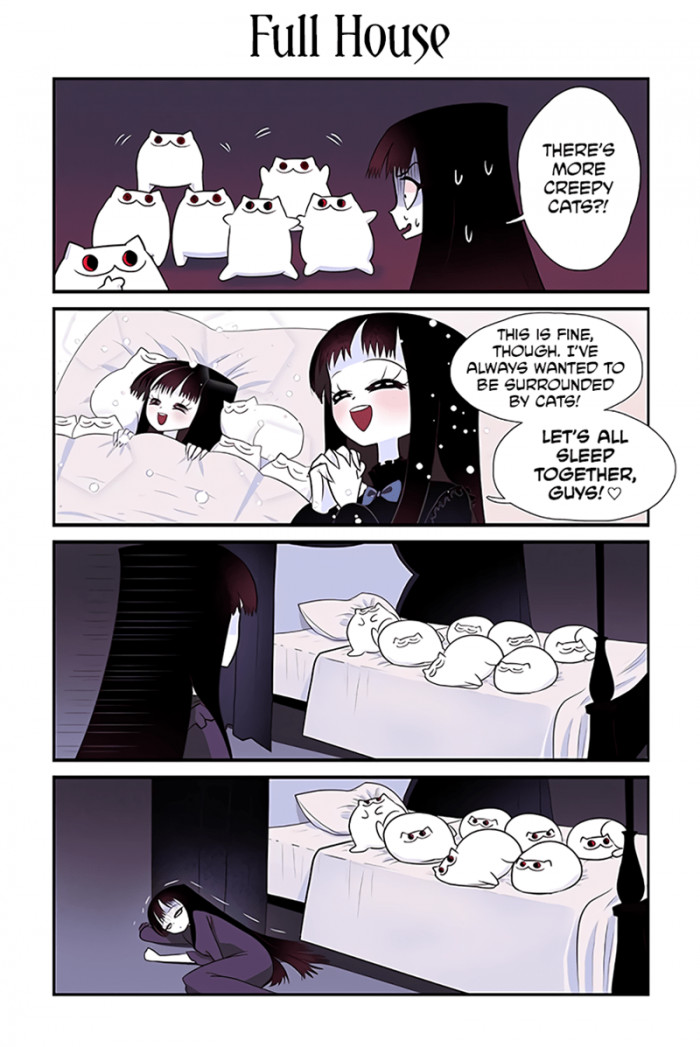 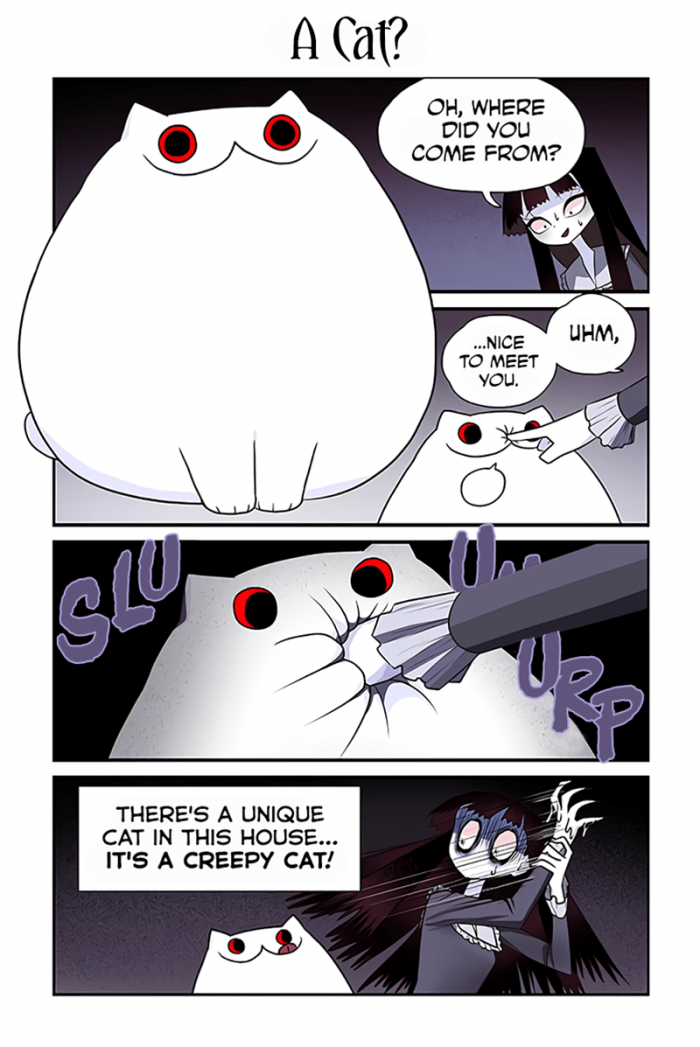 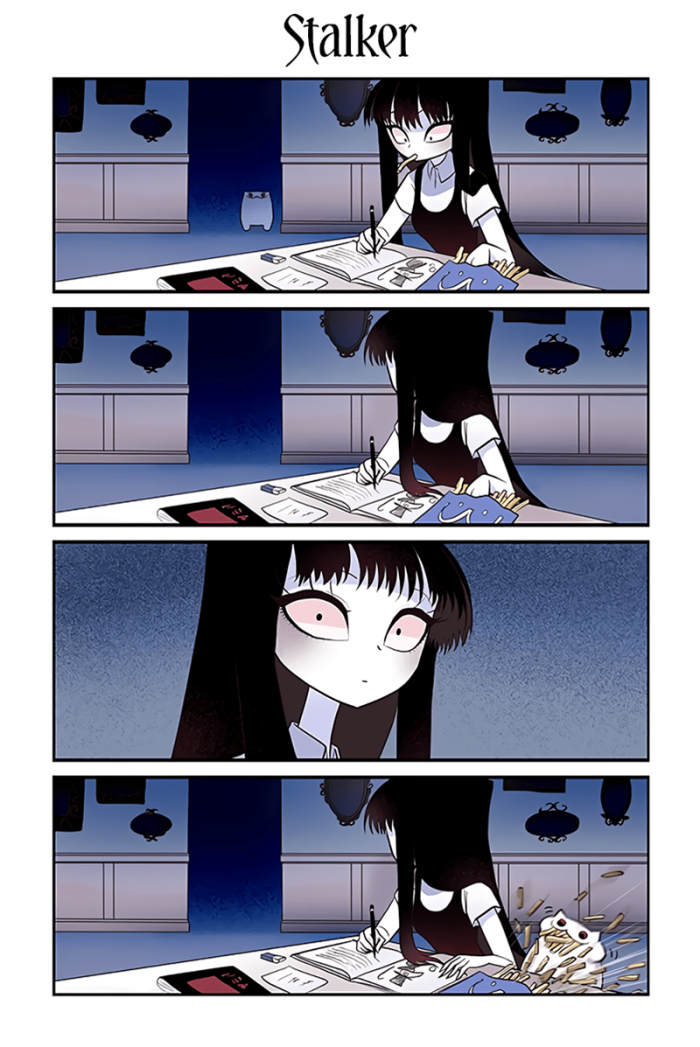 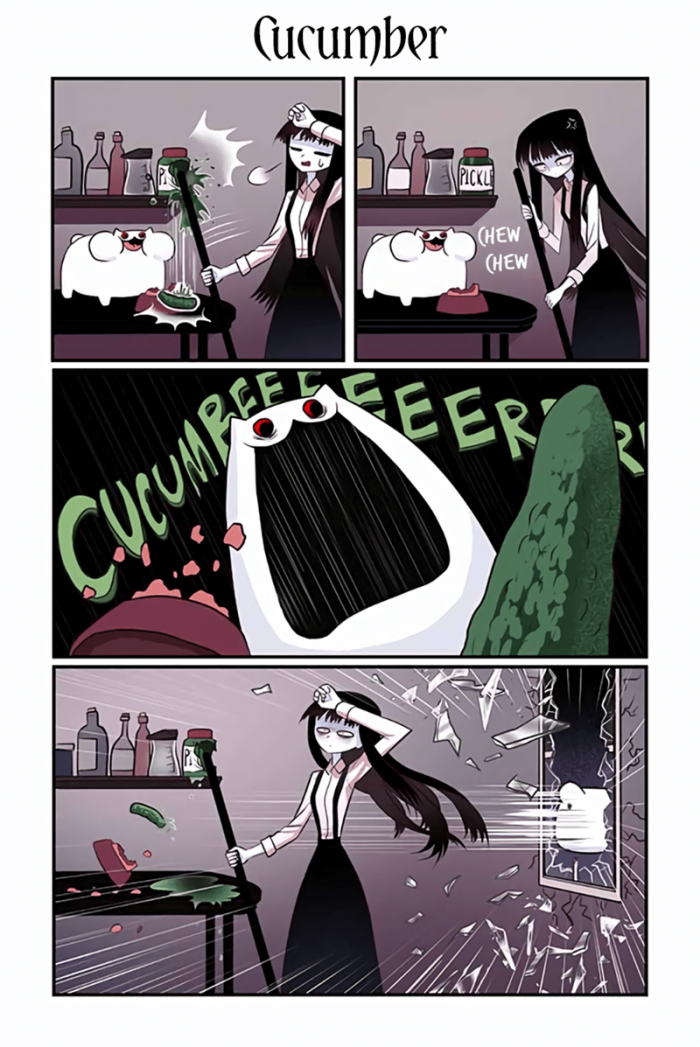 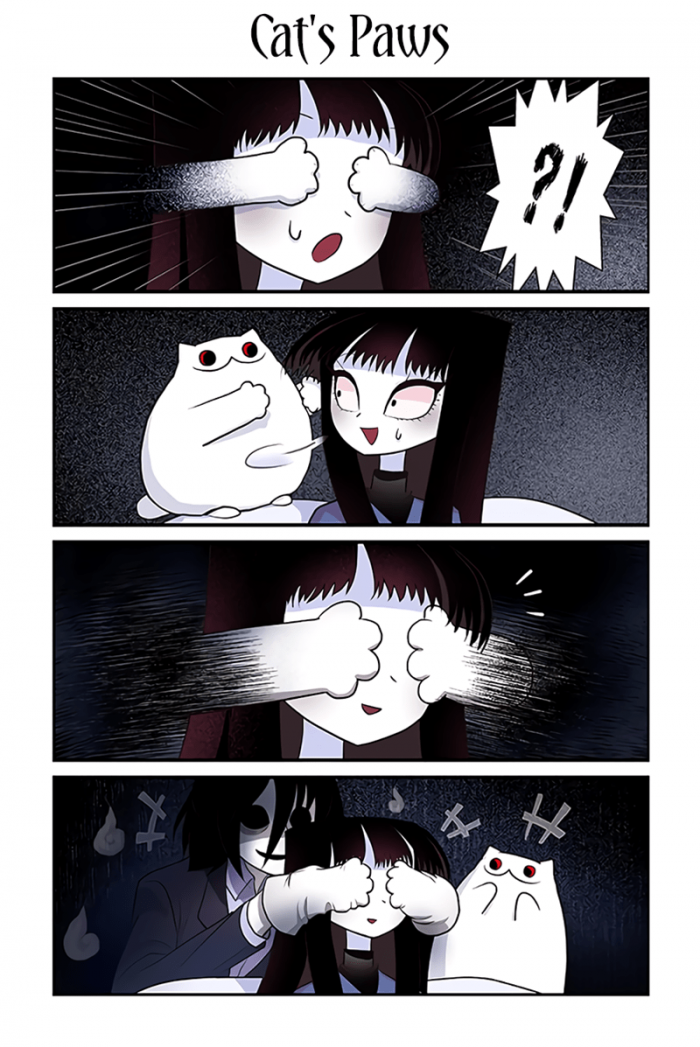 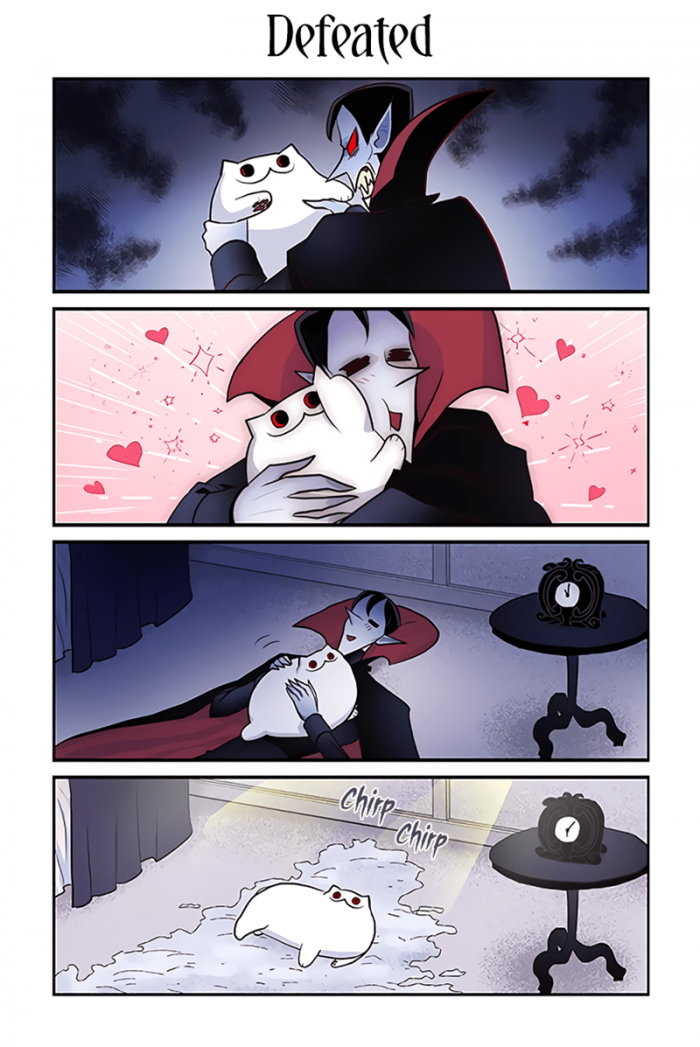 9. Not your bed anymore. 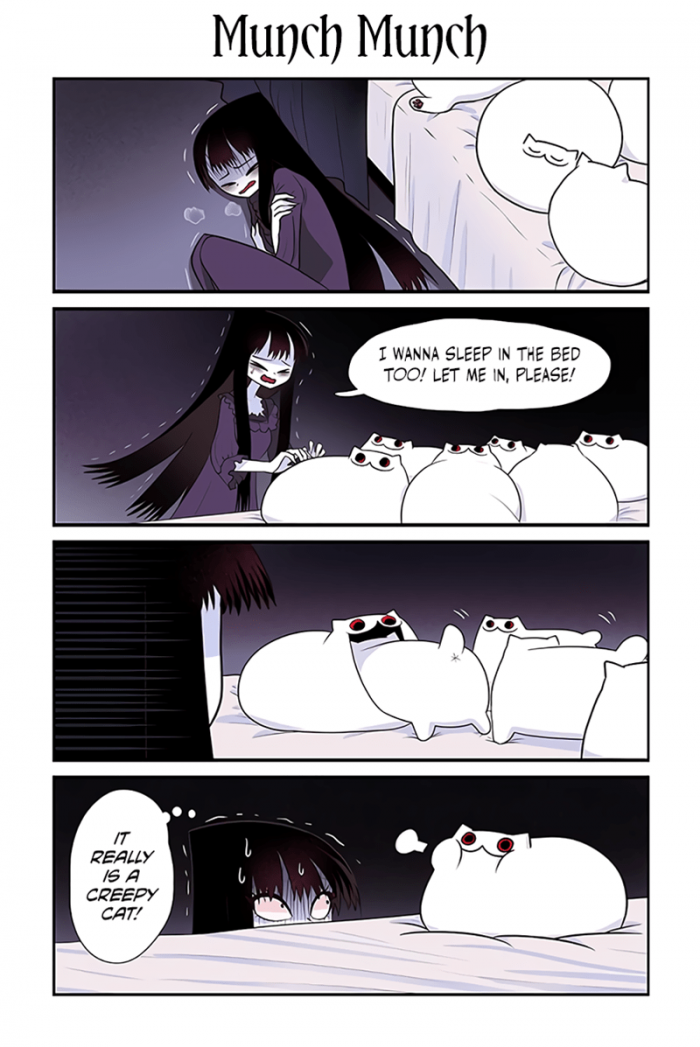 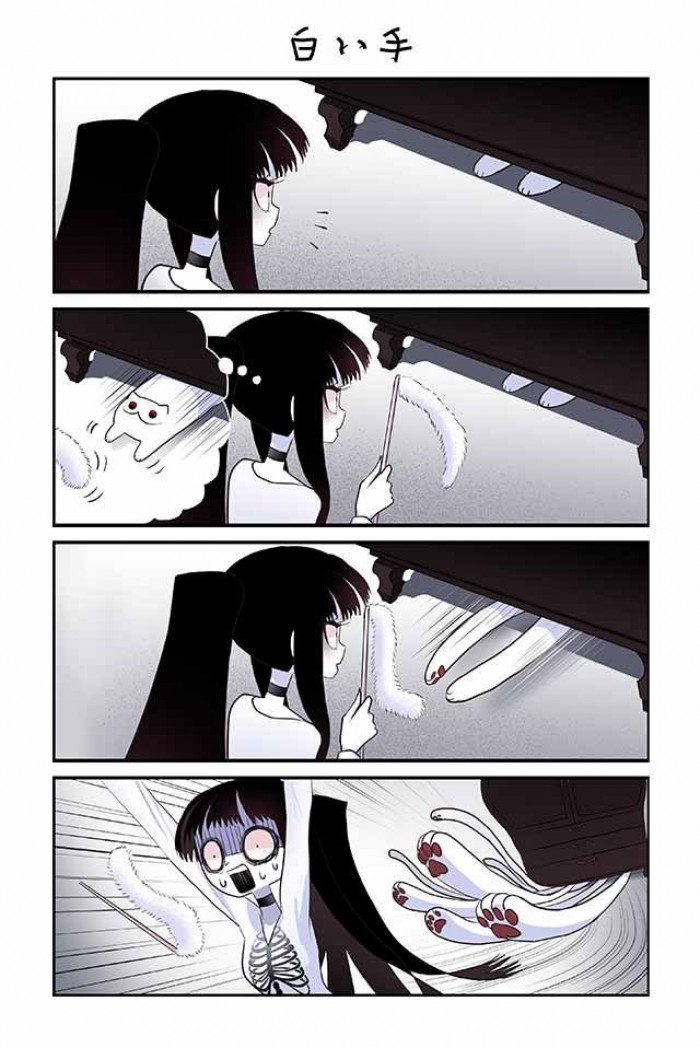 11. Everyone knows cats protect you from vampires. 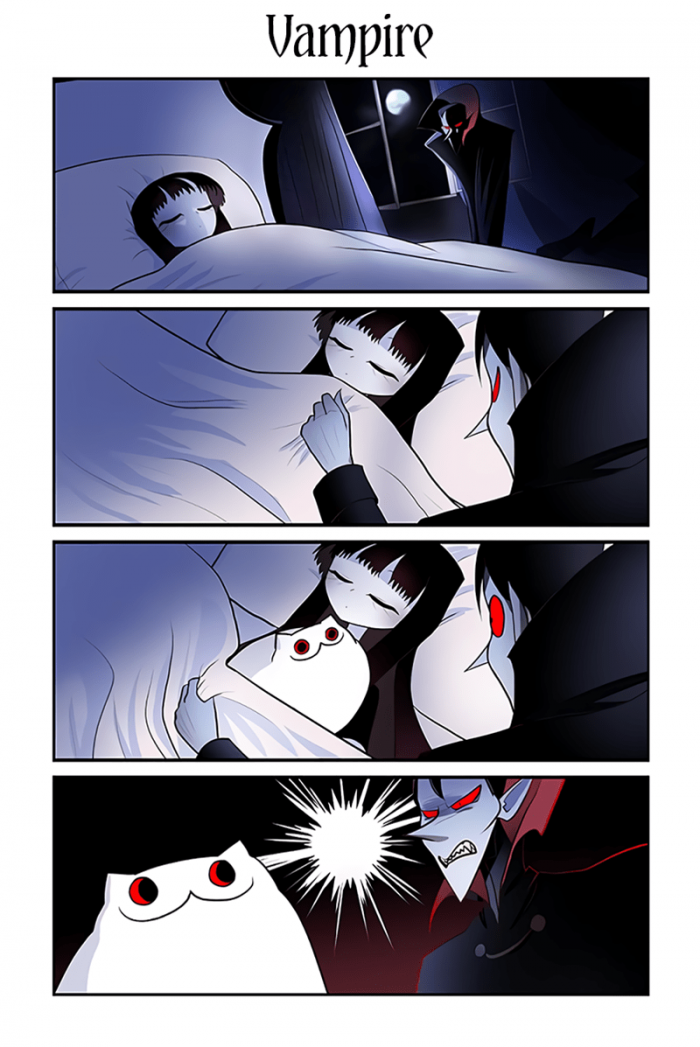 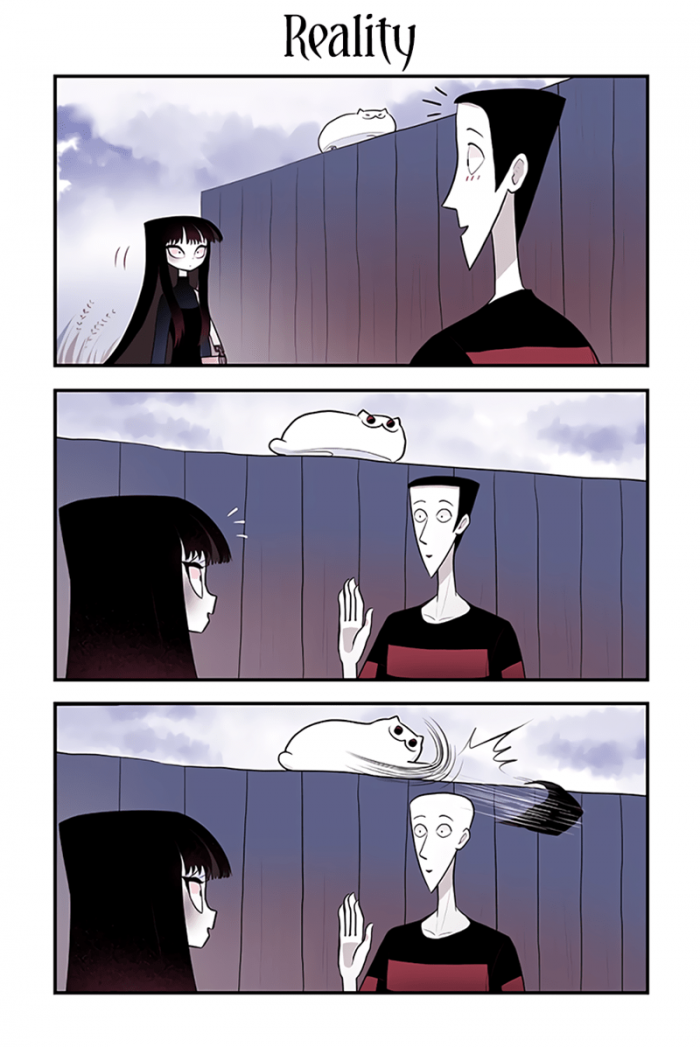 13. Cats will you drive you crazy. 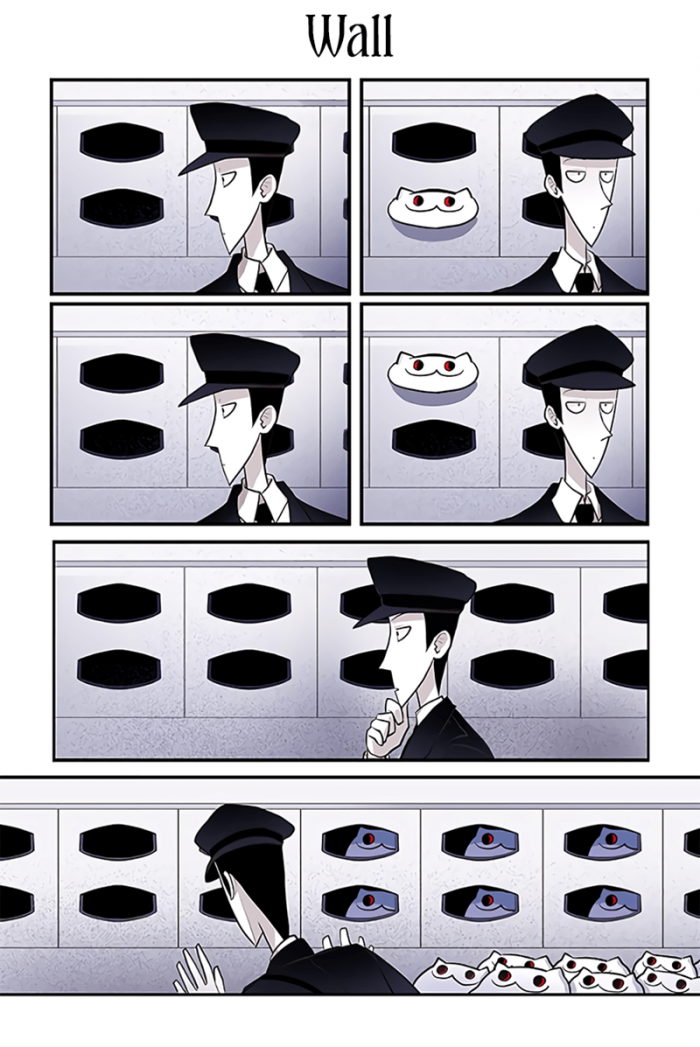 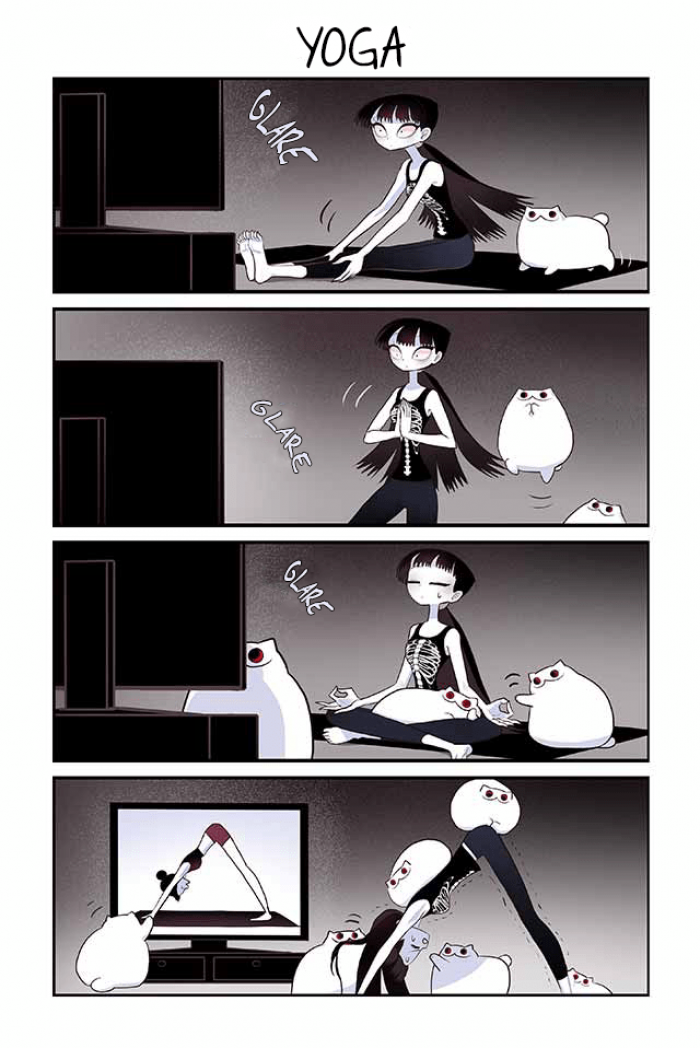 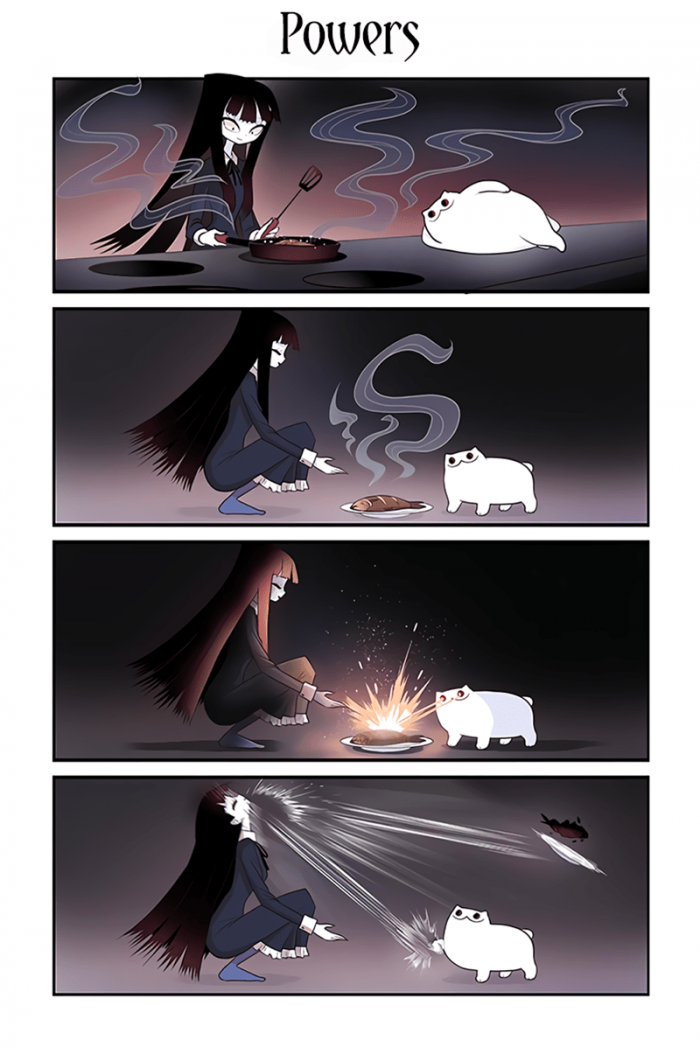 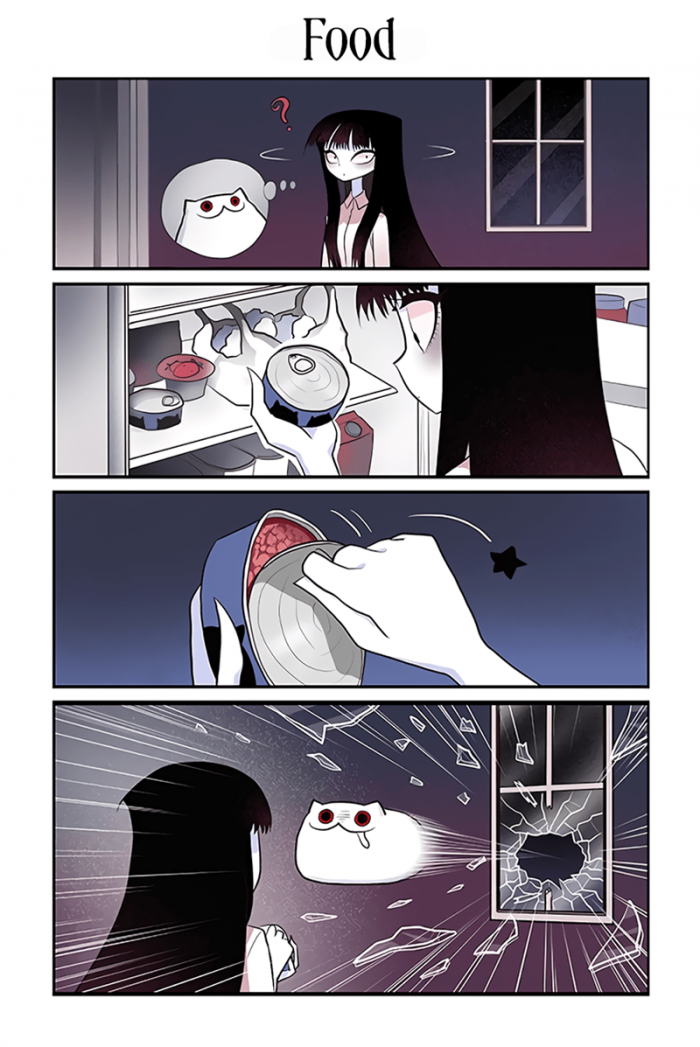 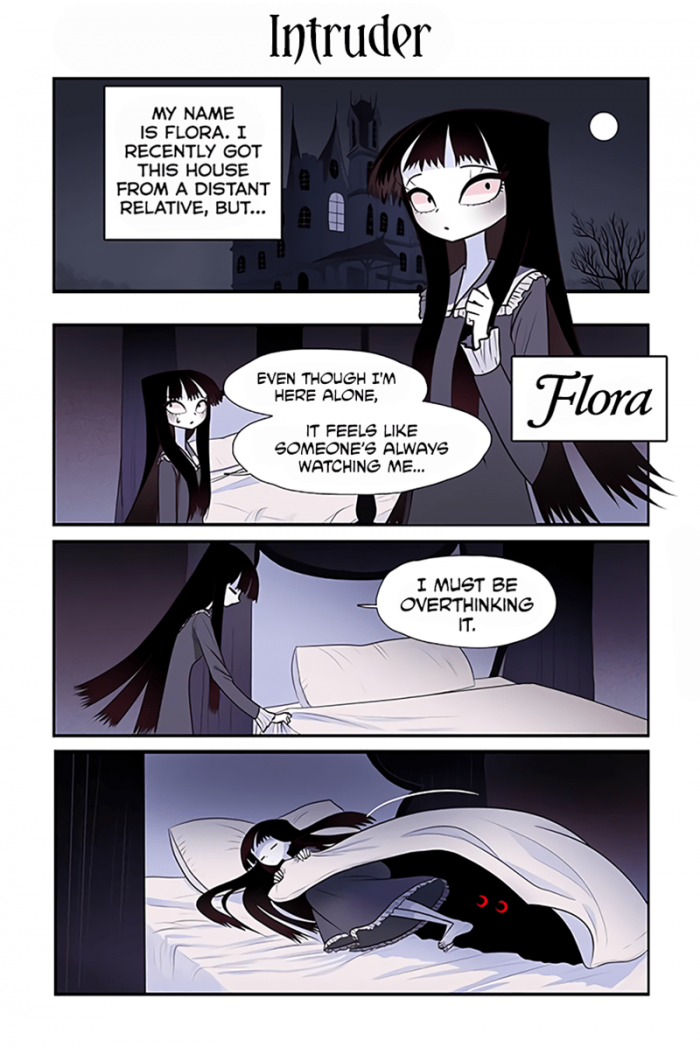 18. Probably why witches only own black cats. 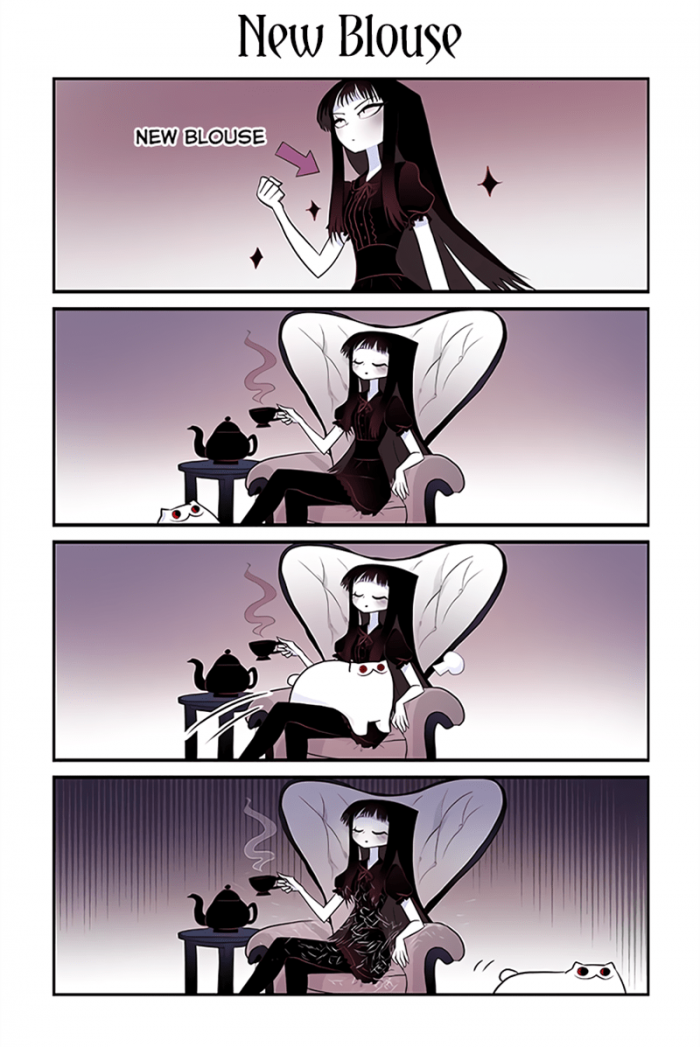 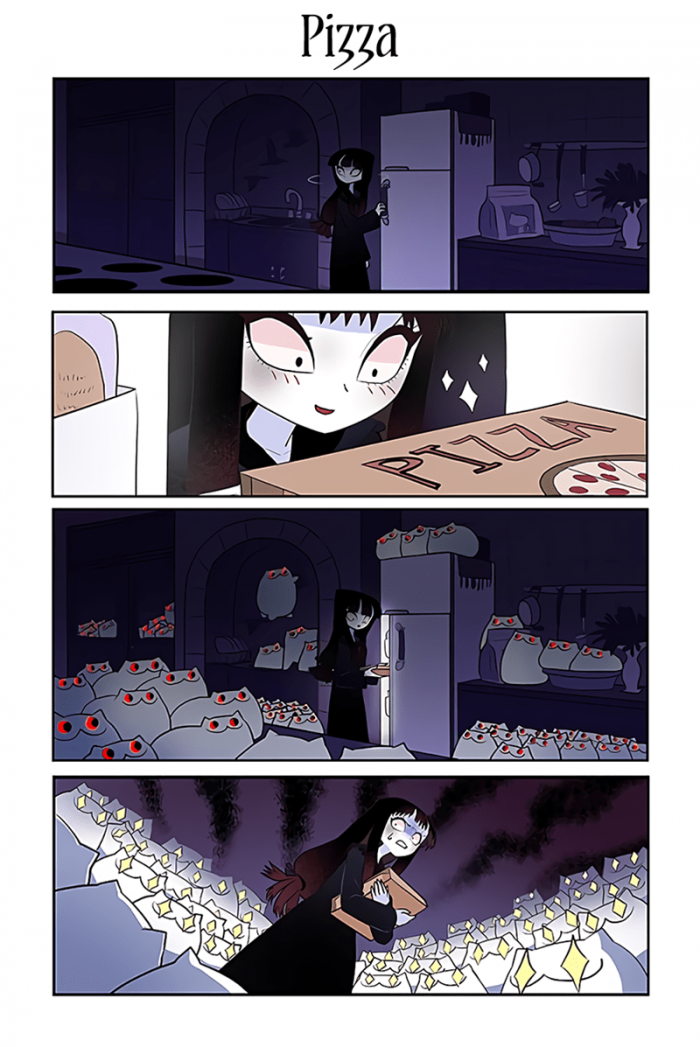 It's crazy how accurate these are. Who knew a normal life with a cat could be turned into a creepy comic series.

I guess anything is possible now. And those possibilities are endless with cats.

Even if they are creepy you just can't get enough of them. Regardless of all the weird antics you still love your cat. 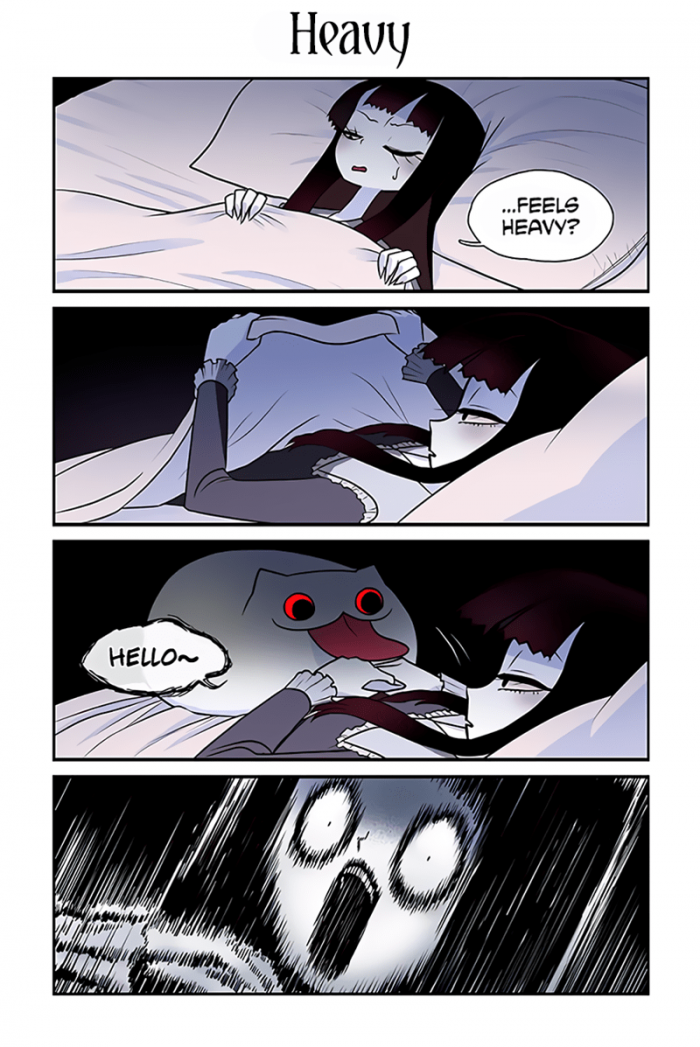 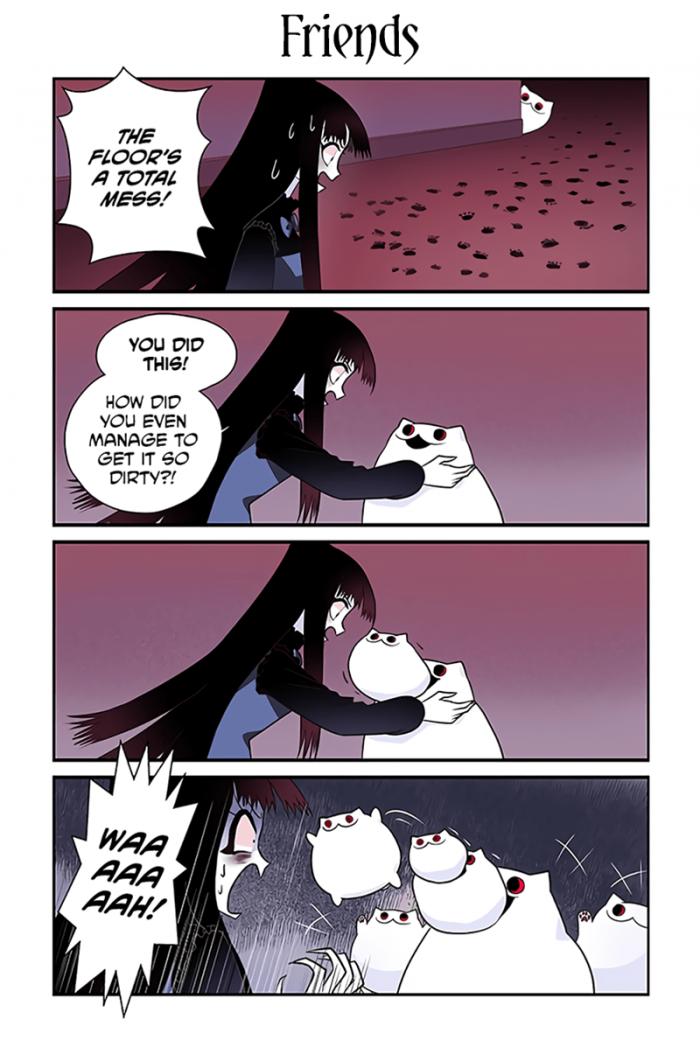 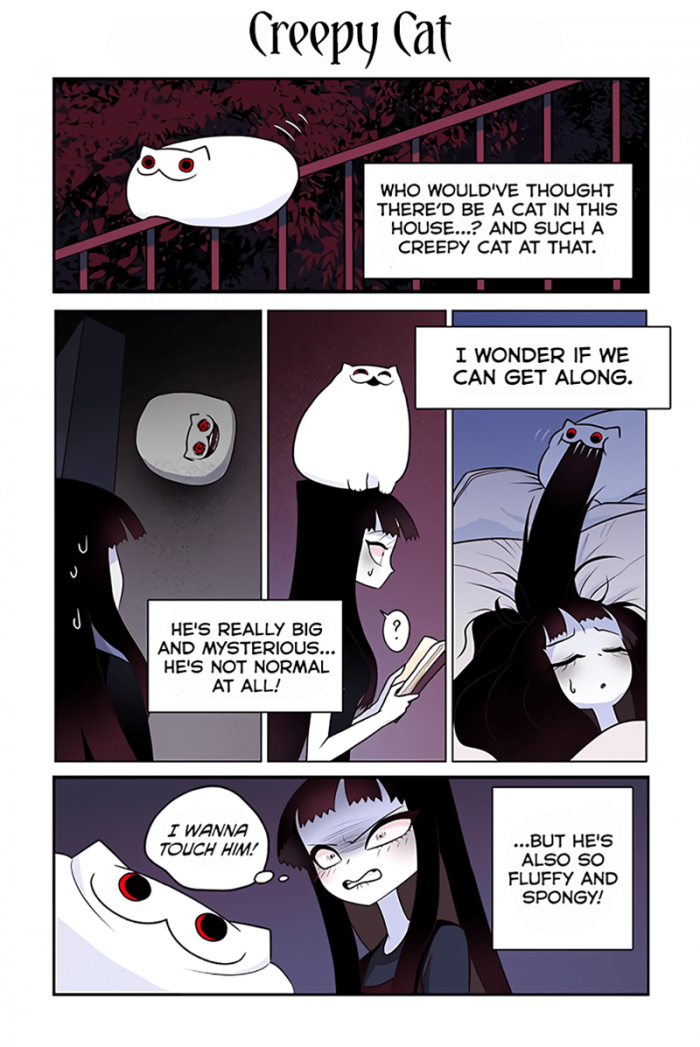 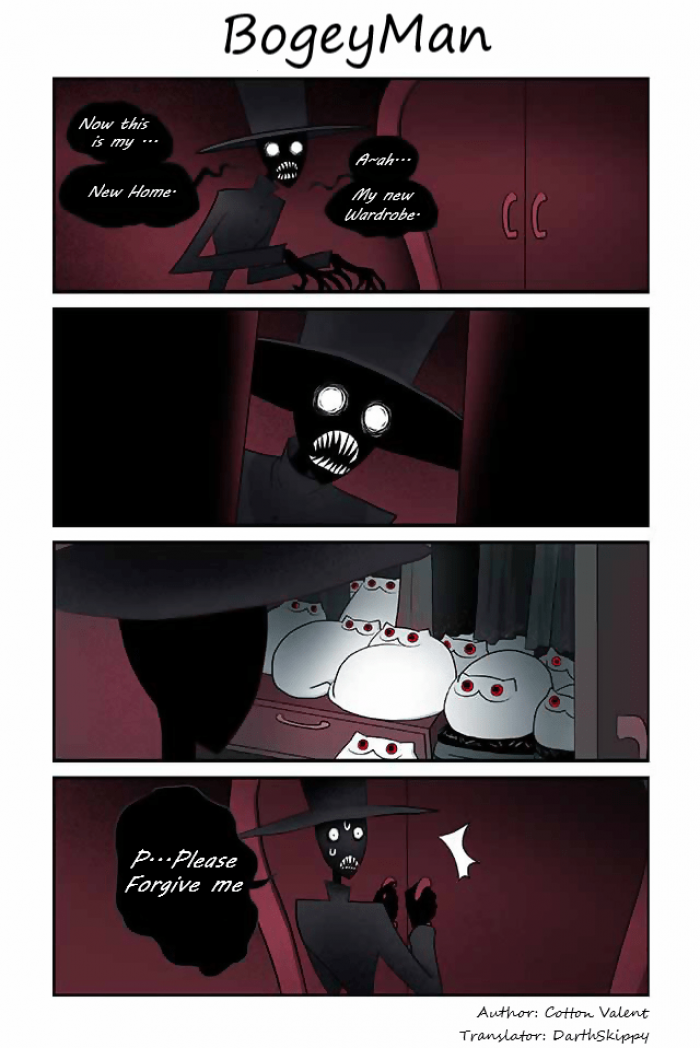 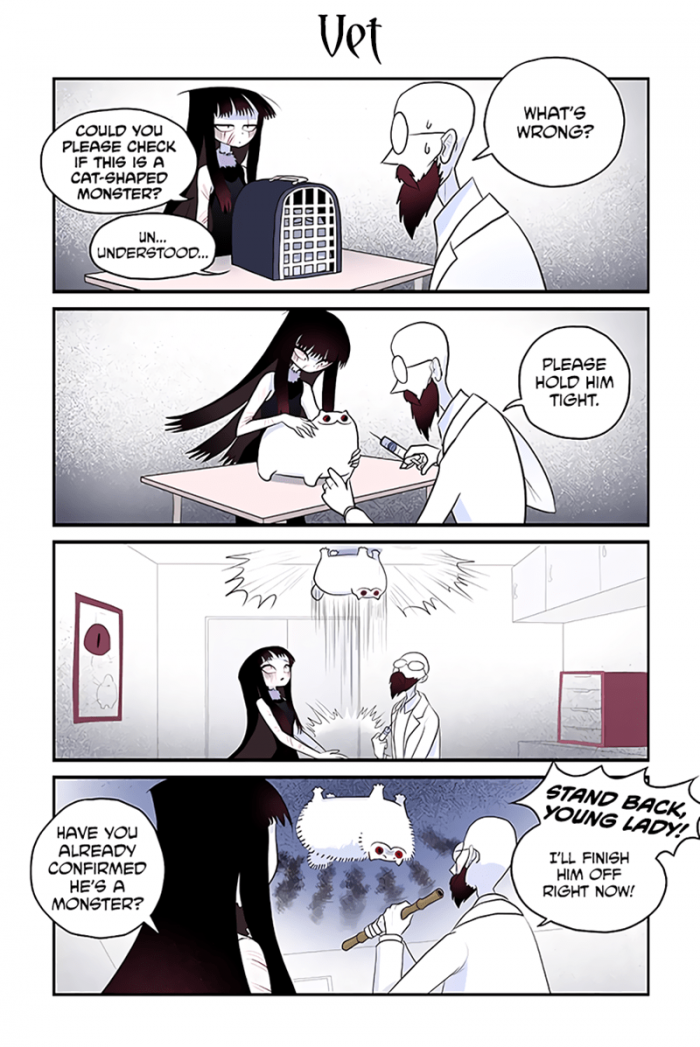 25. Always check under the cat first. 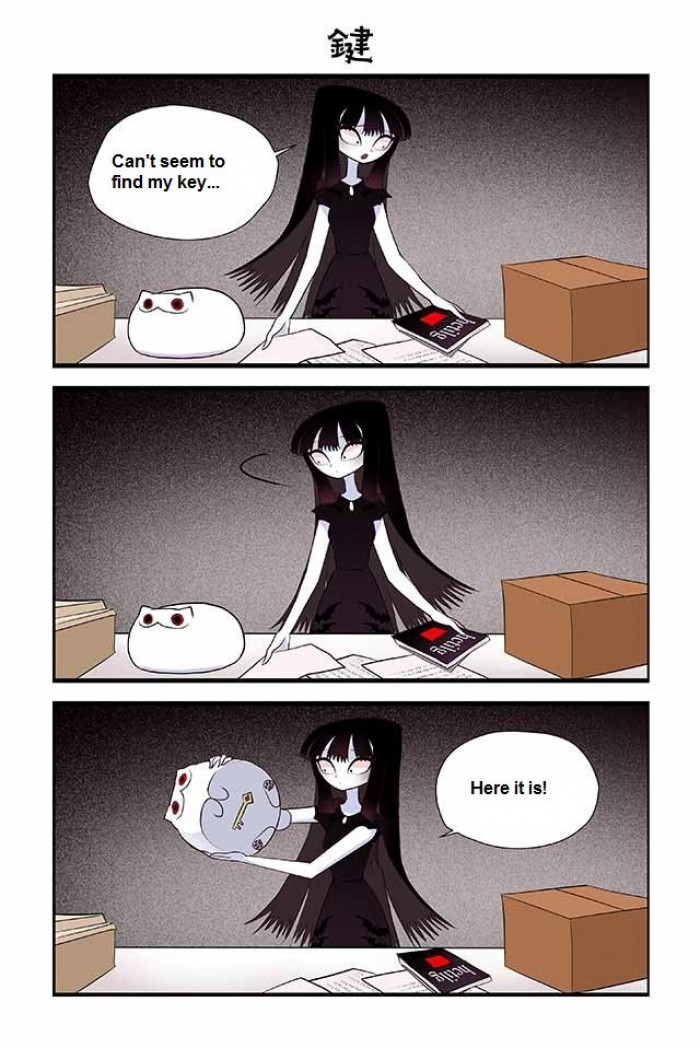