The Unlikely Friendship Between A Dog And Duck Captured On Film

Is there anything more precious than an unlikely animal friendship? You know the ones. The huge dog and the tiny kitten. Or the mean looking cat becoming BFF's with the teeny tiny mouse. We've all seen those stories, and we love them, right?

Well, this one is no different. In fact, it's one of the sweetest!

Natacha, an 18-year-old amateur photographer from Southern France, loves to combine her two greatest passions - animals and photography. Her most recent photography series is about the friendship between two of her pets - her German Shepherd, Vendetta and her Indian Runner duck, Lemony.

When Lemony arrived at Natacha's farm as a duckling, she had no hesitation about putting him together with Vendetta, knowing what a gentle and sweet nature she had. Natacha says it wasn't long before Lemony began following Vendetta everywhere and the two became inseparable.

Scroll down to see Natacha's beautiful photos of the incredible bond these two share. 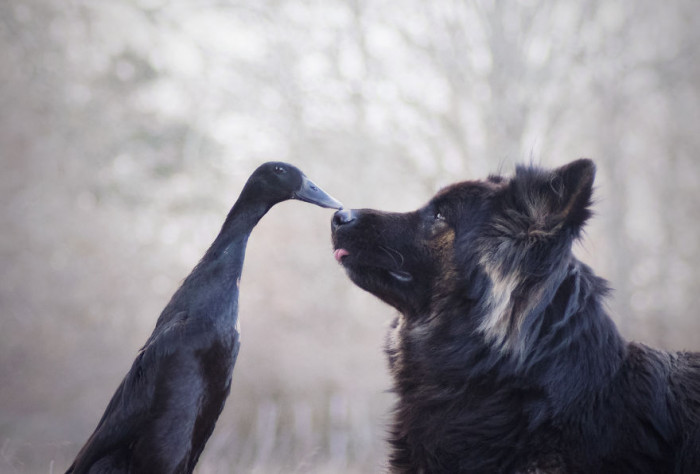 #2 Let Me Hear Your Heart Beat 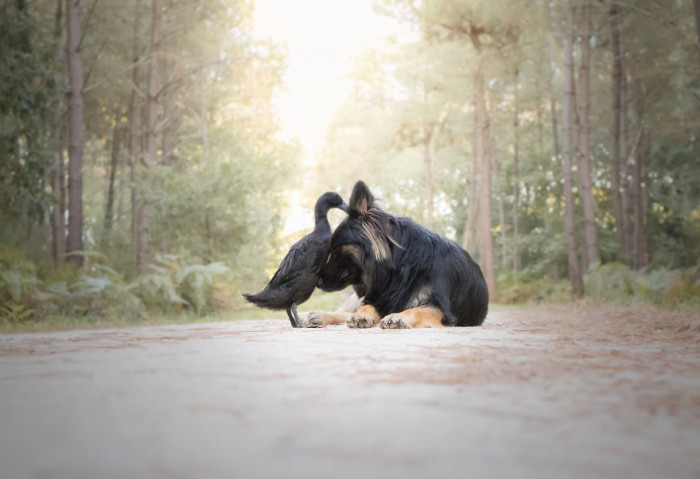 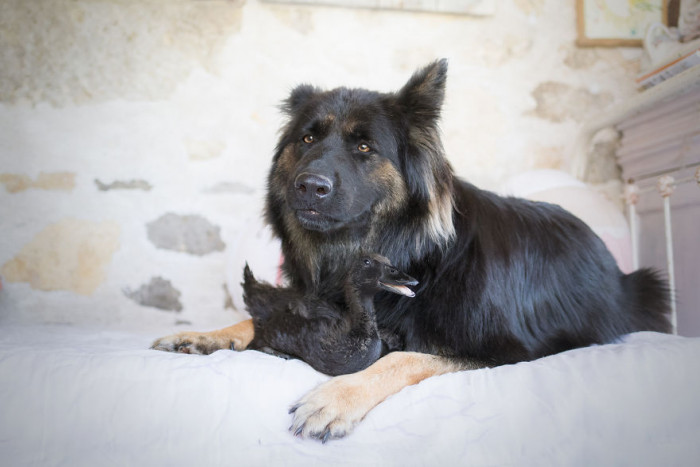 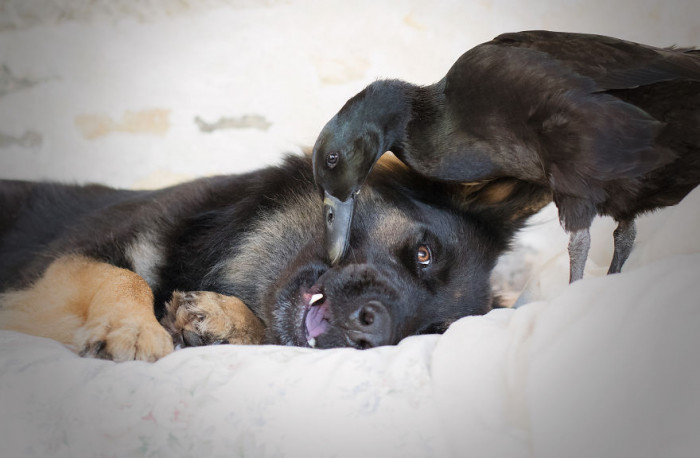 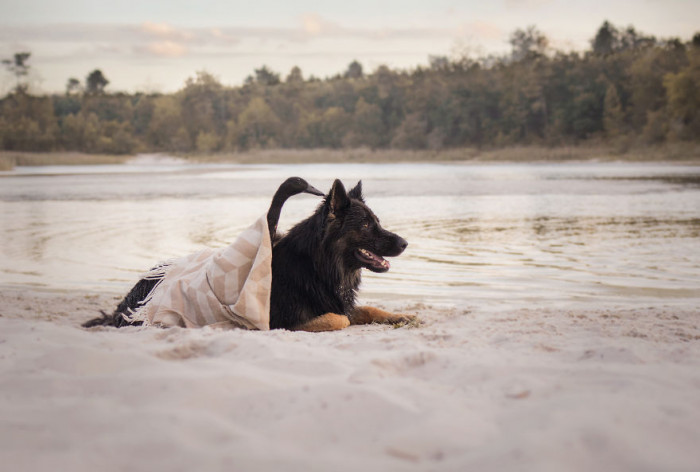 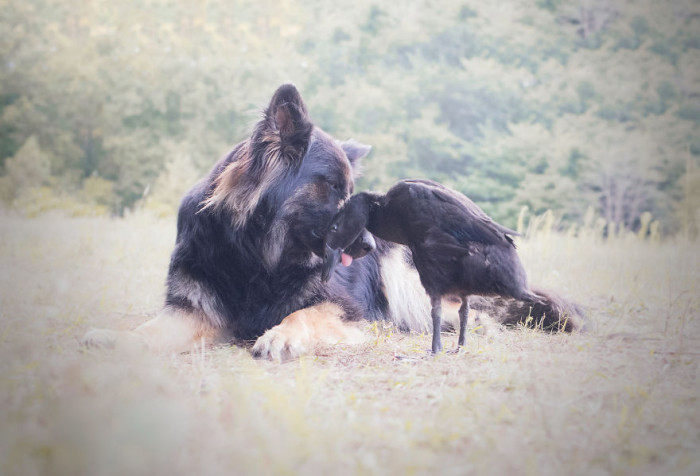 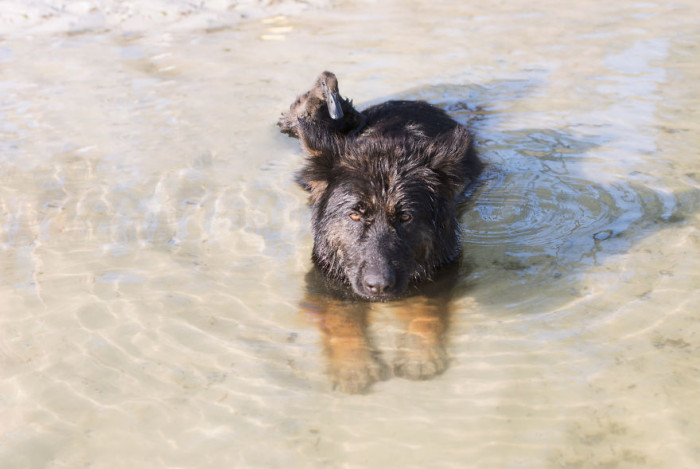 #8 Let's Watch The Sun Go Down 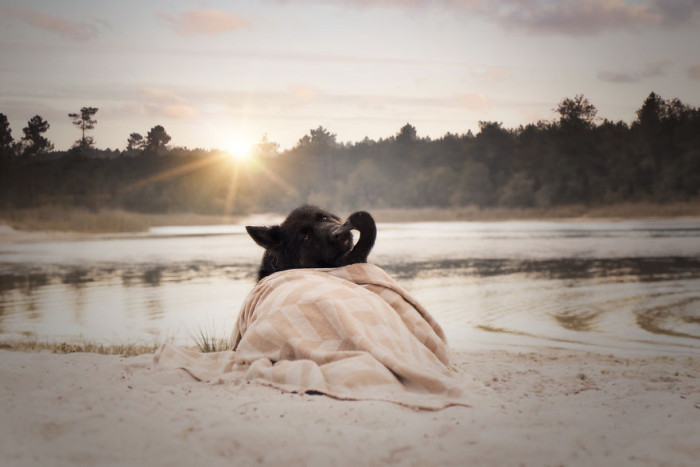 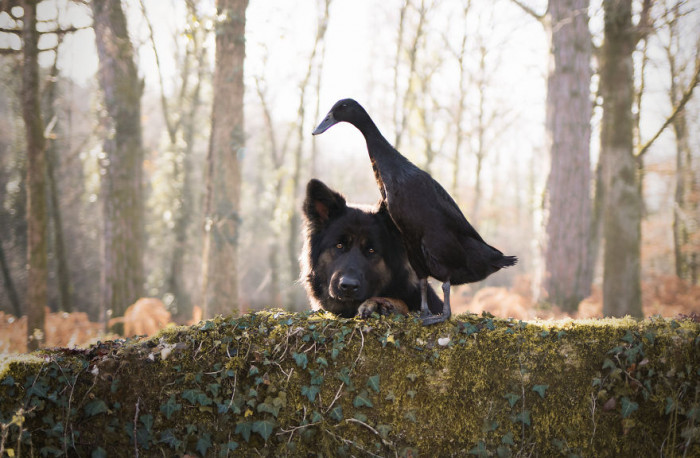 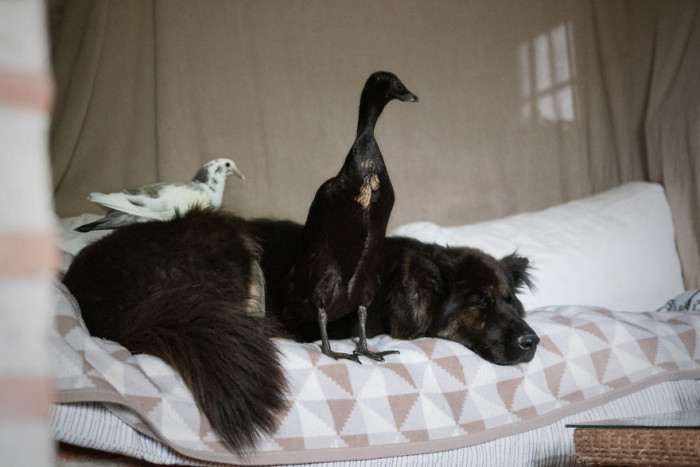 #11 Watching The World Pass By 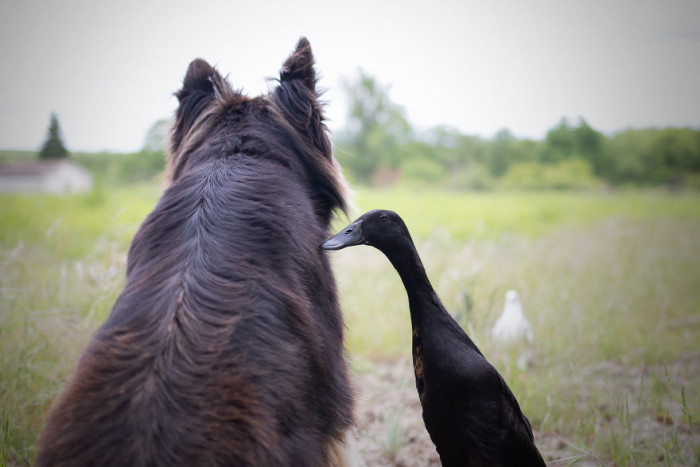 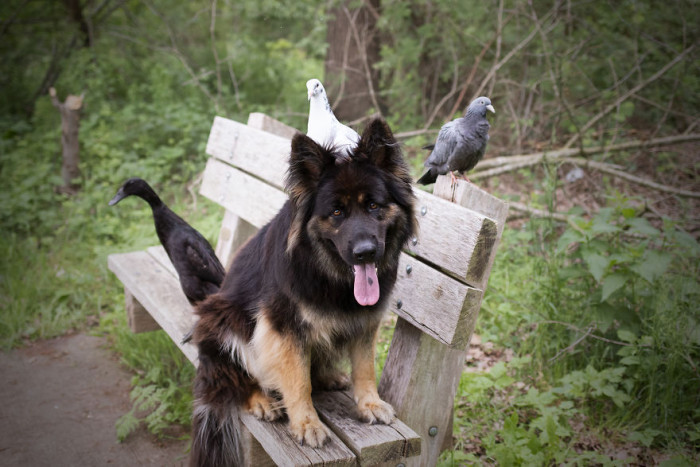 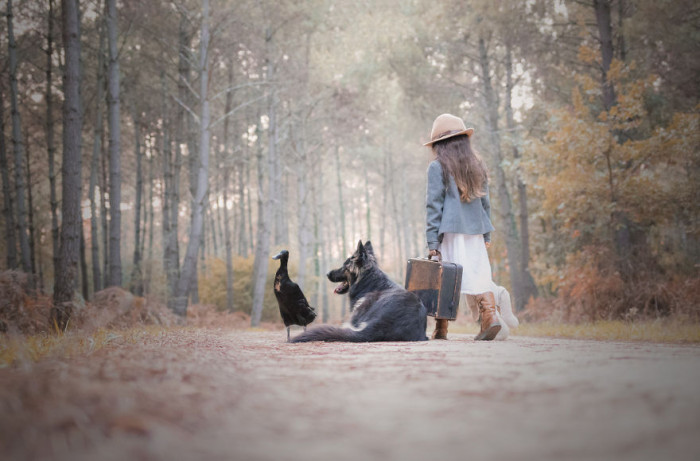 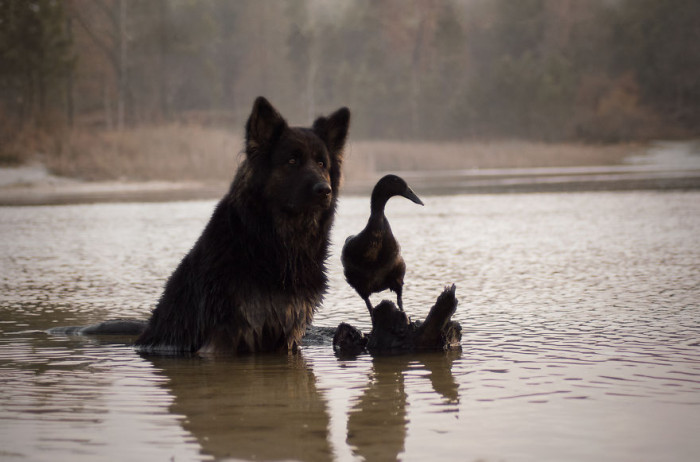 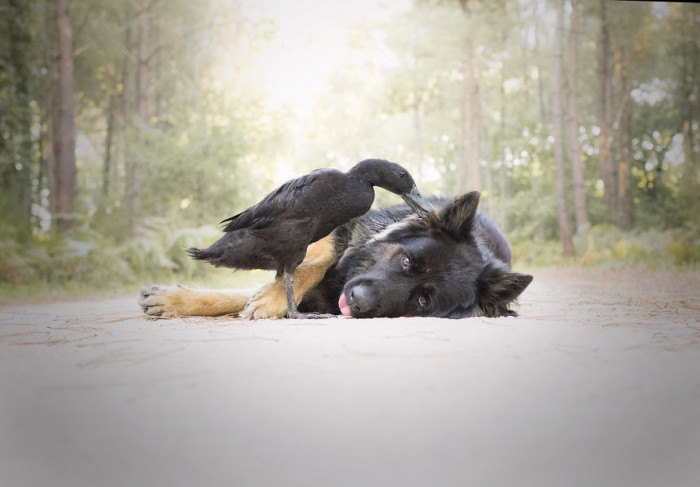 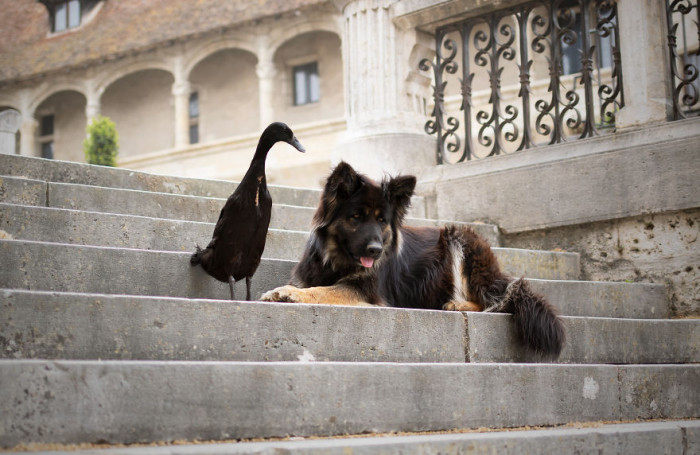 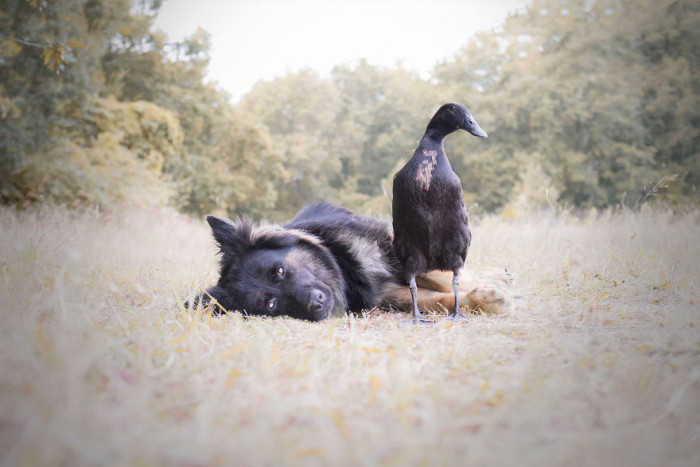 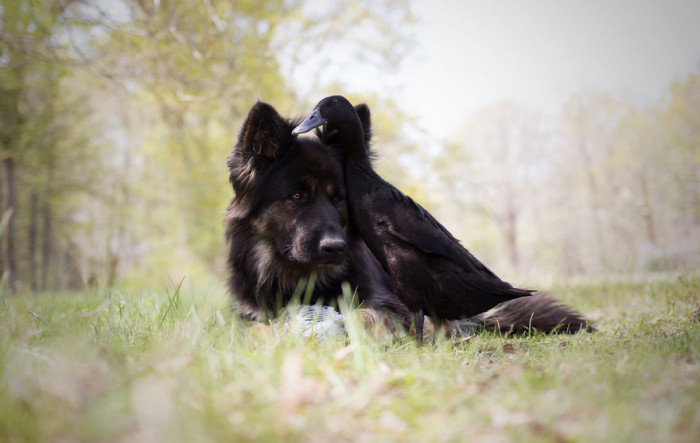 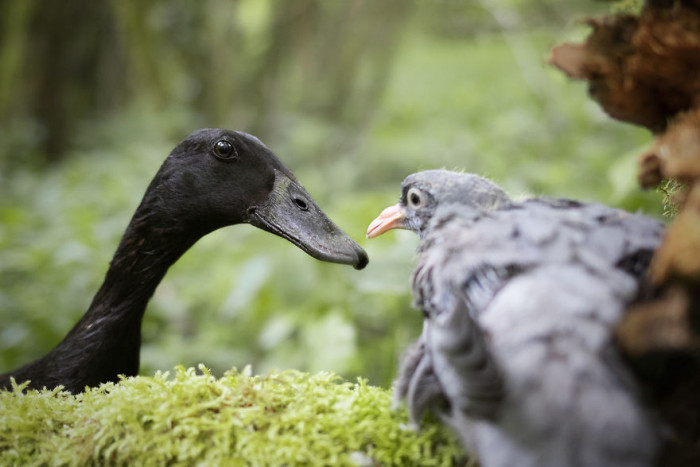 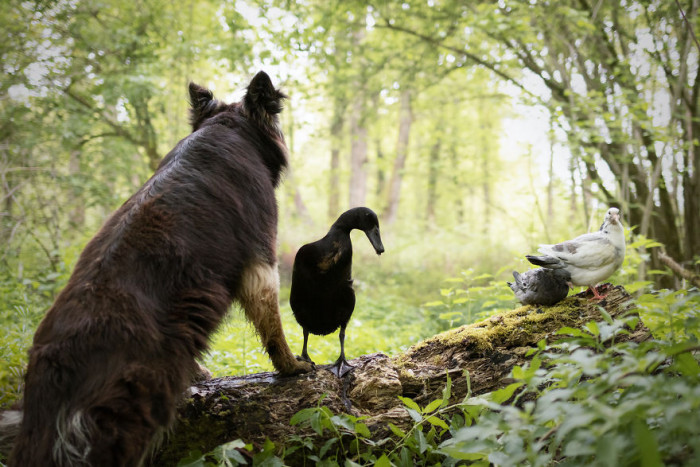 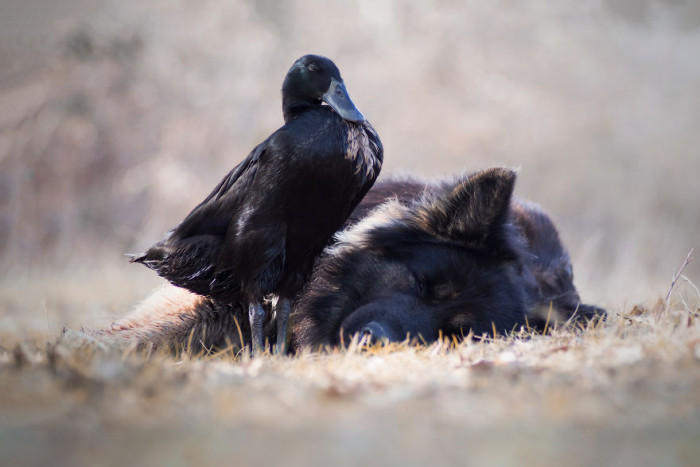 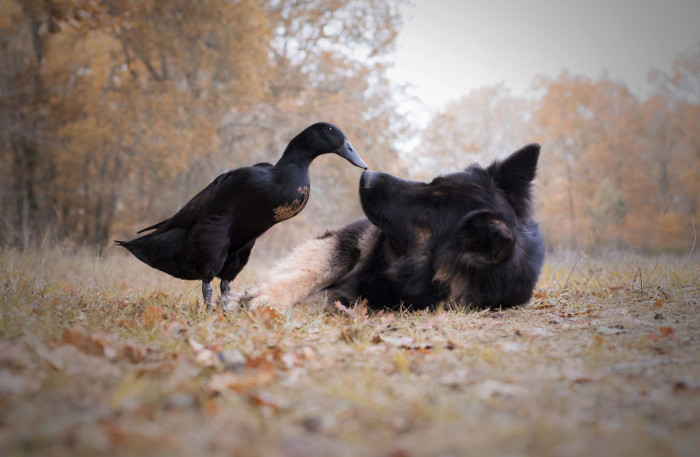 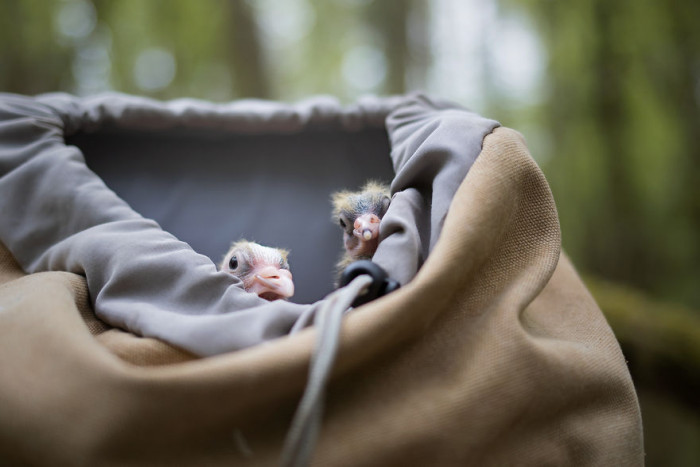 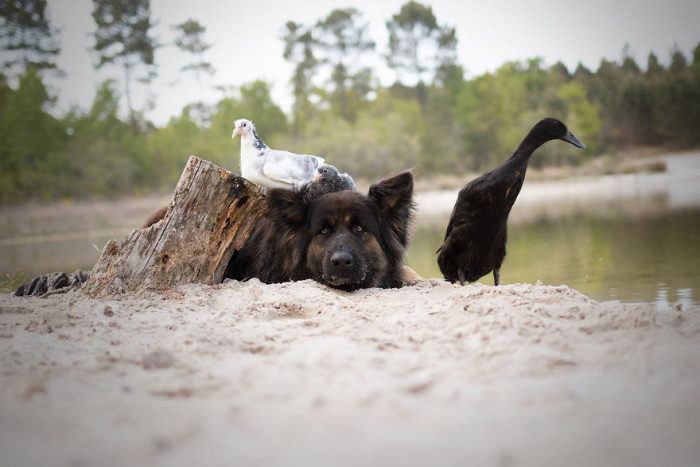 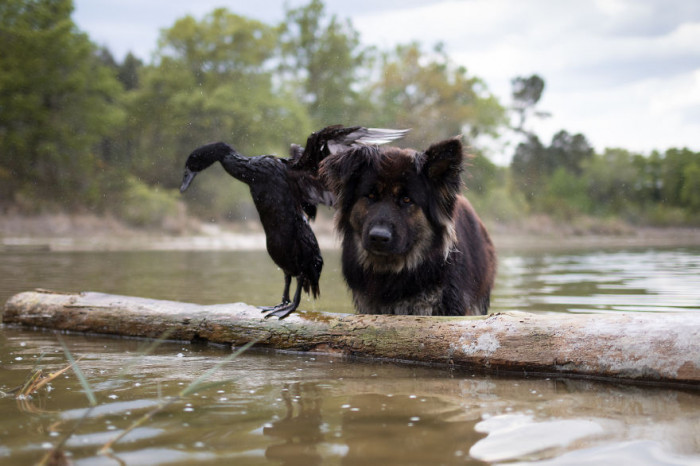