Many believe that the most significant differences between people are caused by their political or religious beliefs. They are so wrong. Obviously, they’ve never witnessed a “cat people vs. dog people” debate.

The arguments are flying left and right, blood is boiling… This debate is old as time, and it will never end. We are kidding, of course. There are no hard feelings between the two groups, as the most important thing is that we are all animal lovers here, no matter if it’s cats or dogs.

Although, it’s pretty apparent that one group loves the wrong animals….We have compiled a list of the best “cat people vs. dog people” tweets, and we know you will love them.

But are the cat and dog people really that different? They appear to have slightly different personality characteristics, and the question of what precisely separates them remains open to discussion.

Molly De Voss, a certified feline behaviorist, says that dog people "tend to be more "outdoorsy" than cat people," but she added: "that said, I like to hike—with my cat, of course."

Furthermore, “more women tend to own cats than men—partly because cats are seen as feminine and dogs more masculine; and partly because cats gravitate to women more because their voices are in a megahertz range similar to their meows.”

“I think that may limit a single woman’s opportunities in the dating pool—especially if she has multiple cats. However, I have several male cat-owning clients who are neither gay nor neurotic, so obviously, there’s no 100% stereotype that fits all,” Molly concluded.

And what does science have to say about this? Beatrice Alba, a psychology lecturer at Deakin University, says that the most significant differences seem to be between persons who self-identify as a "cat person" vs a "dog person."

"But, of course, you don't have to choose between the two—plenty of people identify as both or neither. Having said that, although we found statistically significant differences between cat people and dog people on some psychological measures, the size of the effects were not huge." 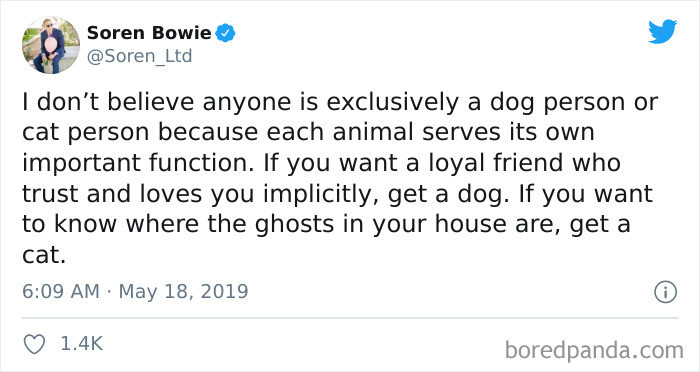 Beatrice’s research found that “dog people scored significantly higher than cat people on competitiveness, and a characteristic called Social Dominance Orientation. This is essentially a preference for hierarchy and the belief that some groups of people should dominate other groups of people.”

The researchers concluded that “people prefer pets that complement their own personalities, so someone more inclined towards characteristics related to social dominance should prefer a more submissive pet, like dogs.”

In the meantime, “Those who are not so attached to hierarchies and ranking highly within them may be more inclined to like cats, who we all know defer to no one,” Beatrice concluded.

A study conducted by the psychologist Samuel D. Gosling from the University of Texas in Austin, in which 4,565 people were asked whether they were dog people, cat people, neither, or both, tried to answer these questions.

Gosling concluded: "There is a widely held cultural belief that the pet species—dog or cat—with which a person has the strongest affinity says something about the individual's personality, and this research suggests there are significant differences on major personality traits between dog people and cat people." 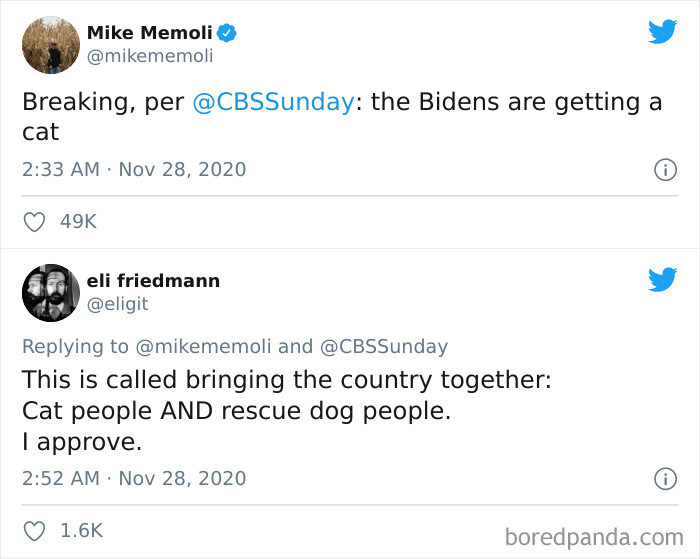 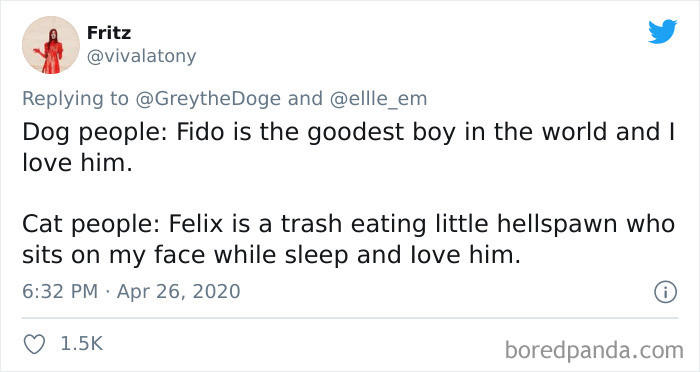 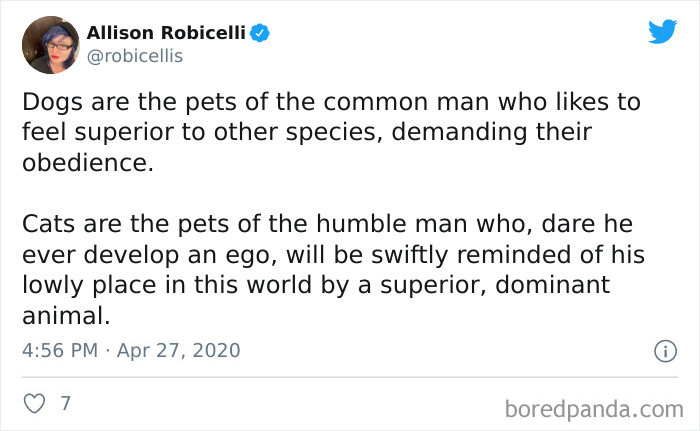 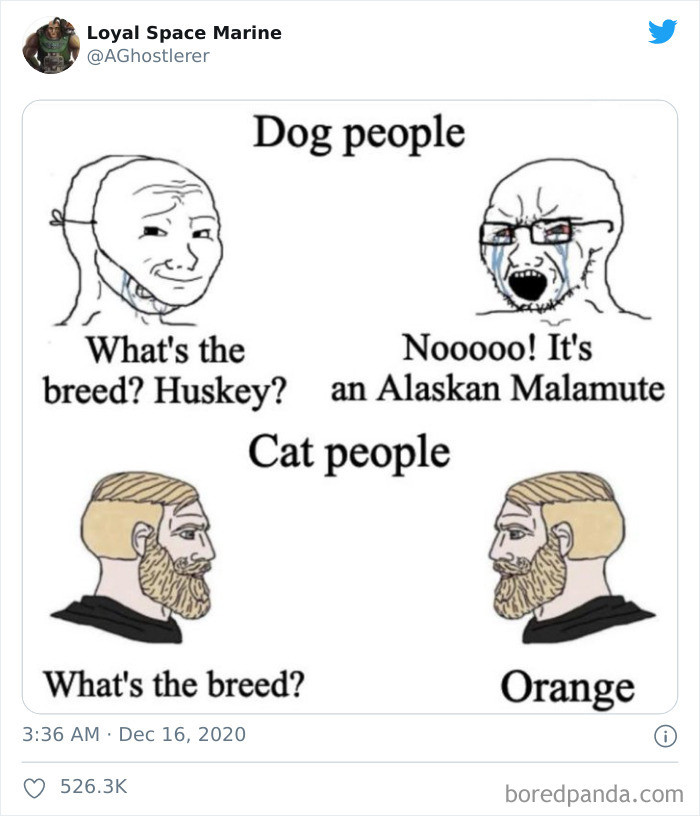 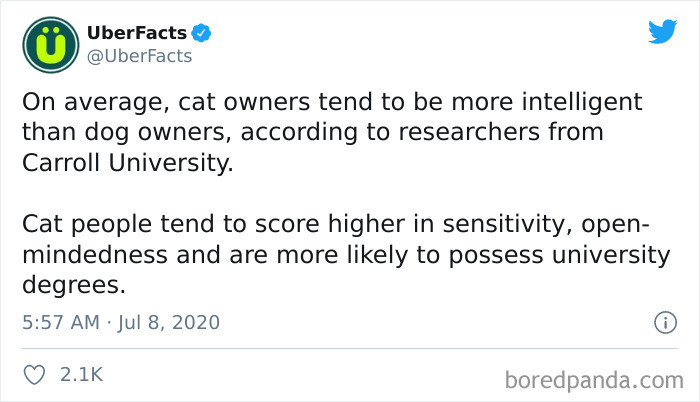 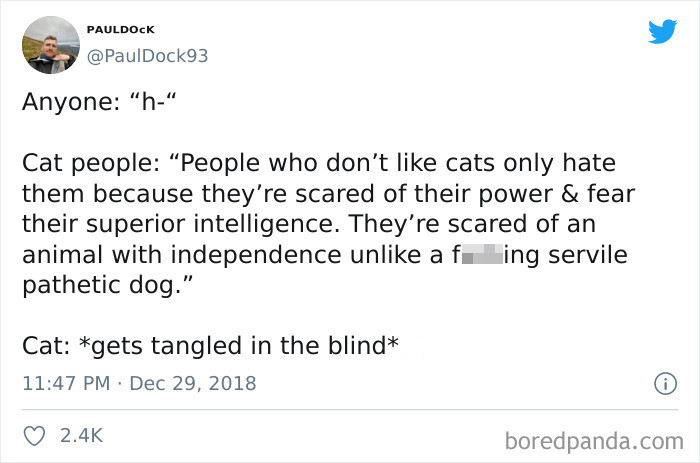 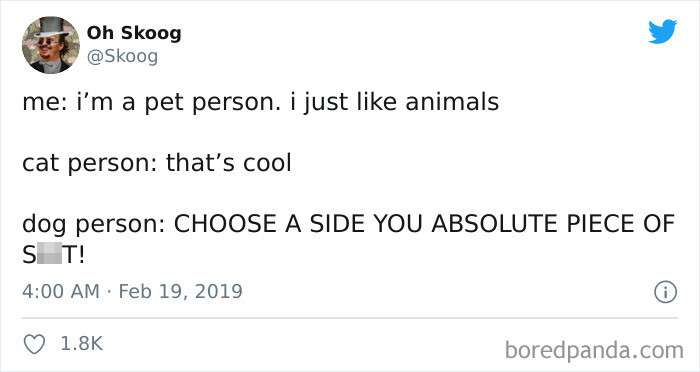 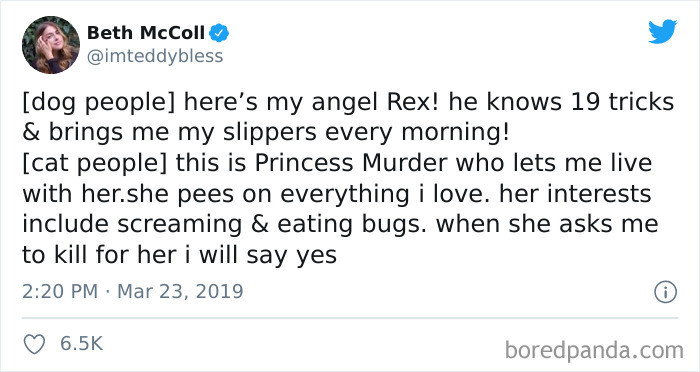 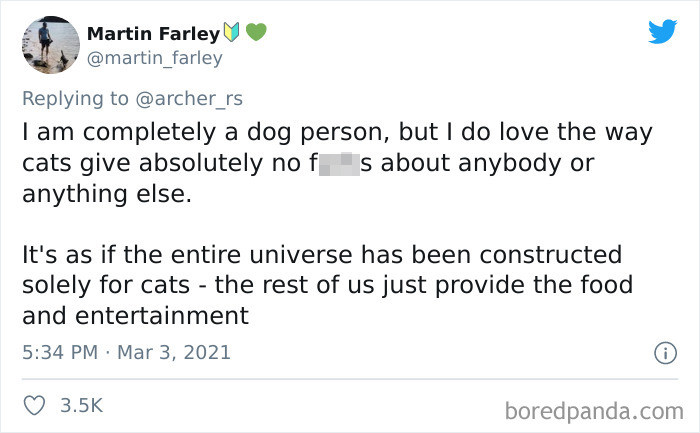 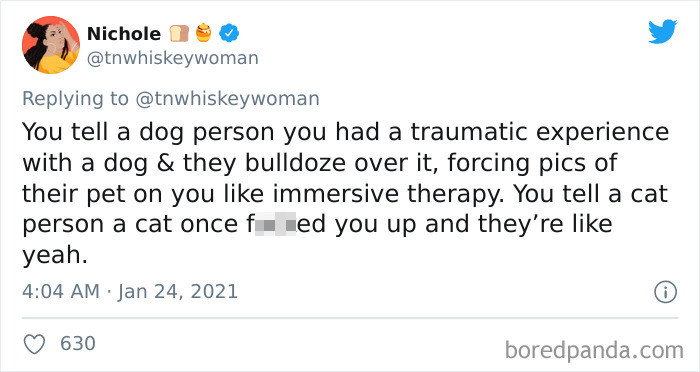 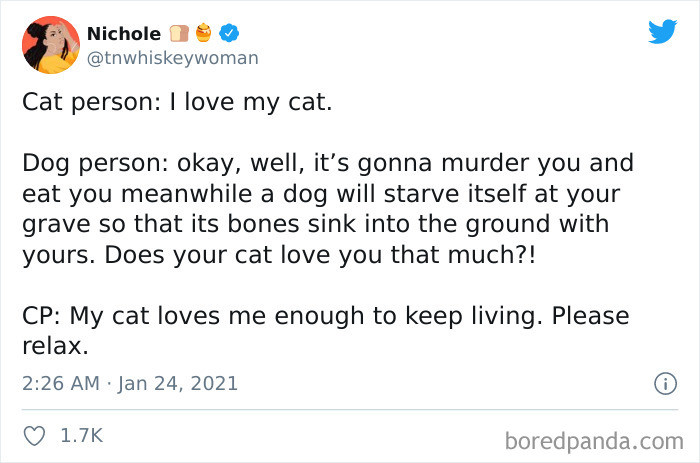 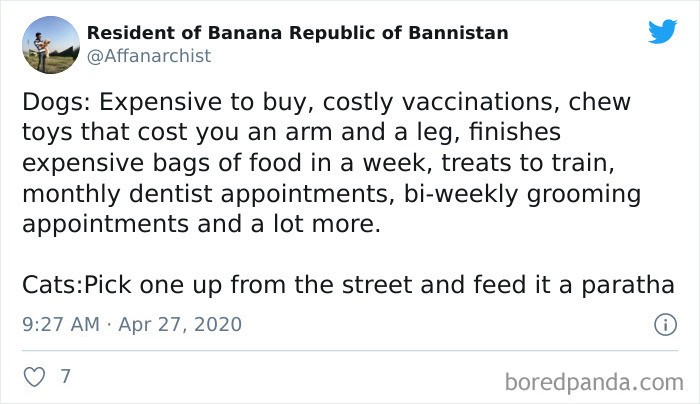 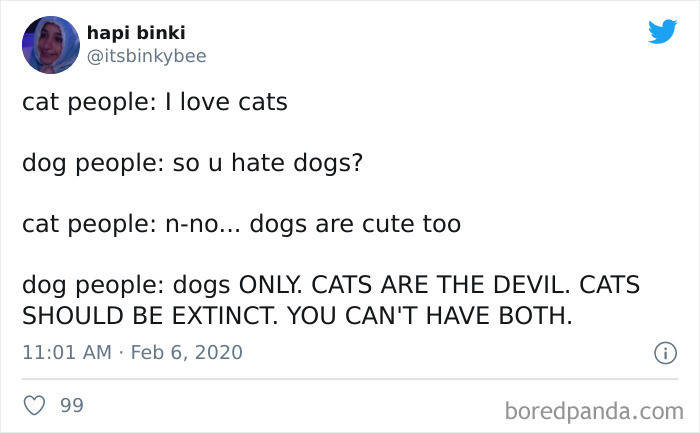 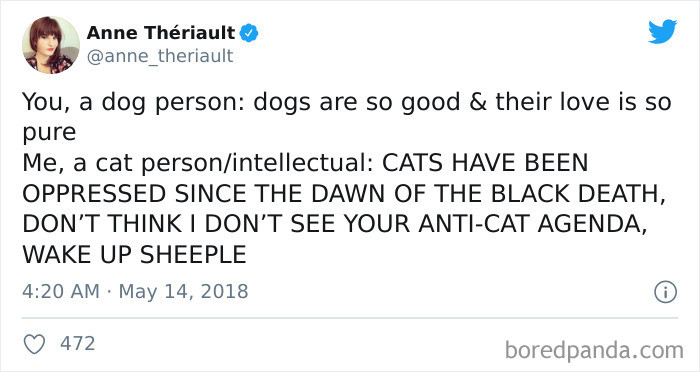