Have you ever heard of Somali cats? They're descendants of the Abyssinian breed, originating somewhere in the 1940's, known for their bushy, soft fur and fox-like appearances. The stunning cats haven't gotten much attention lately but that is definitely about to change because you are going to gush over Errol.

Errol is the epitome of a fox-like Somali cat. He is utterly stunning and his Instagram is packed with captivating photos. His humans, photographer and cat mum Anneken, and social media extraordinaire, cat dad Tim, are no strangers to bringing bursting purrsonalities to life over the internet.

We've excitedly featured Errol's cat-siblings before: Xafi and Auri! Getting to know Errol a little better is quite frankly, long overdue. 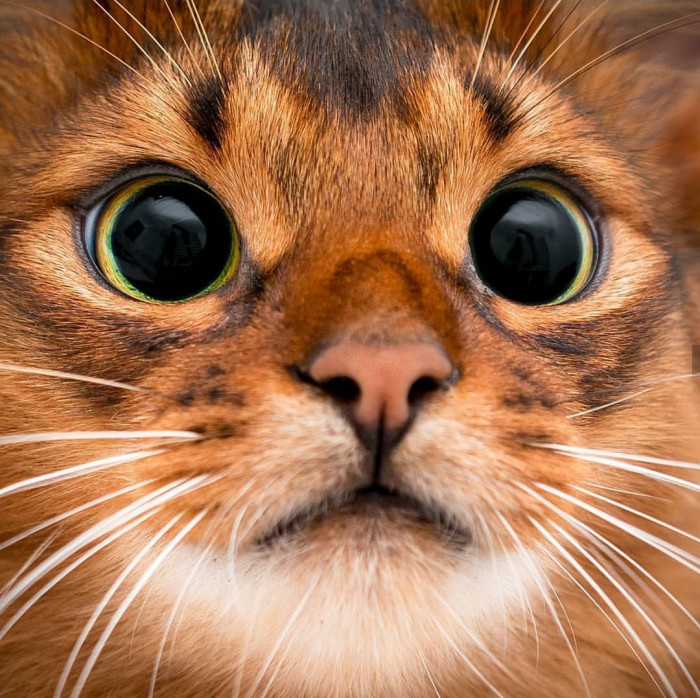 In just 2 years, the frisky feline has made quite the name for himself.

He has an impressive 134k followers on Instagram! To be fair, how could you not gush relentlessly over a cat that looks this much like a fox!? 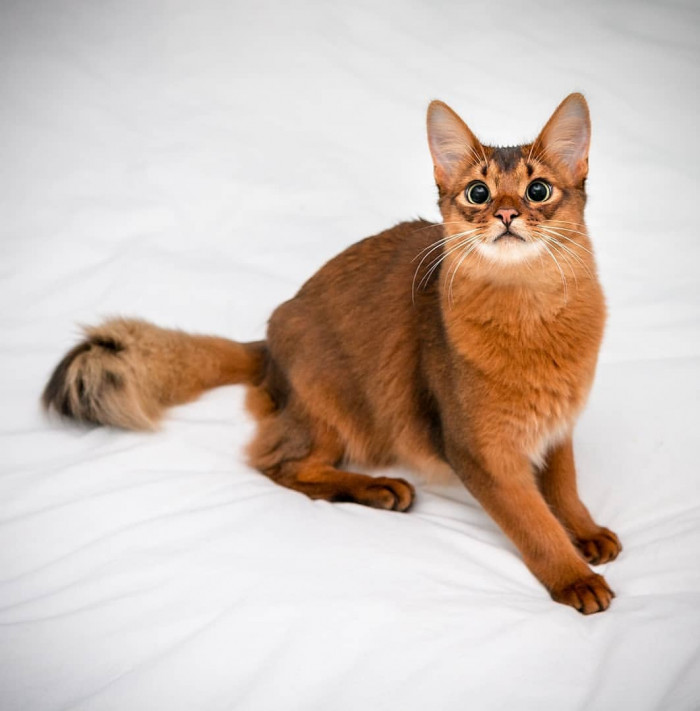 Somali cats earned the nick-name "Fox Cats" for their fur, which is incredibly unique. According to Wikipedia:

Their ticked coats, containing between four and twenty colors on each hair, are very fine in texture, making their coats softer to the touch than those of other cat breeds. 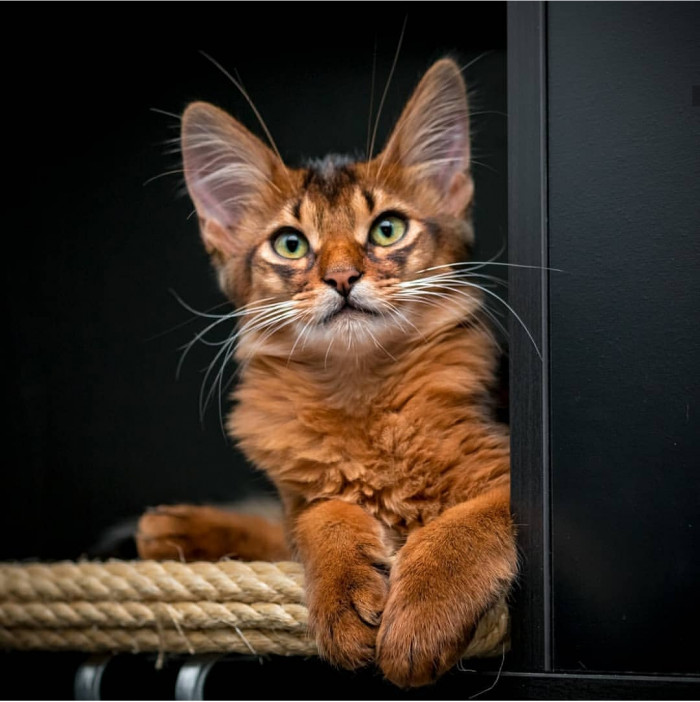 Springy toys and venison are the lights of his life, living in Reading England with his beautiful family. 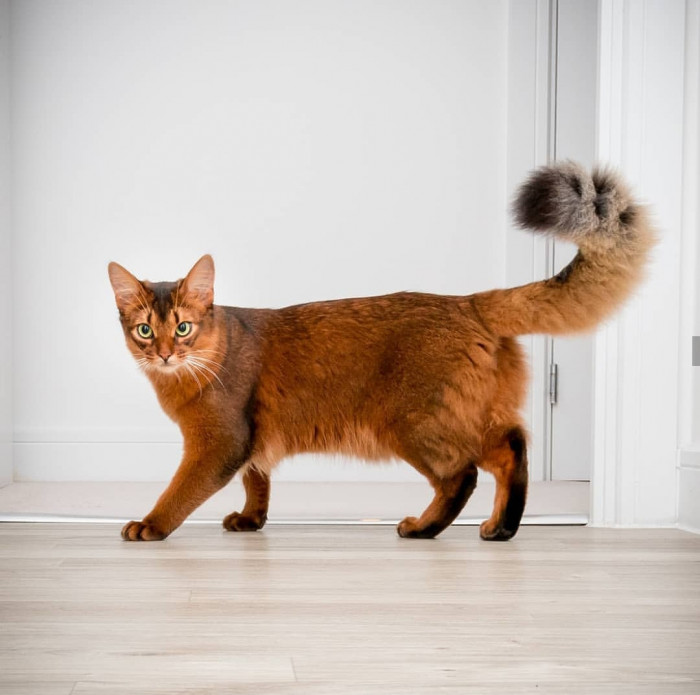 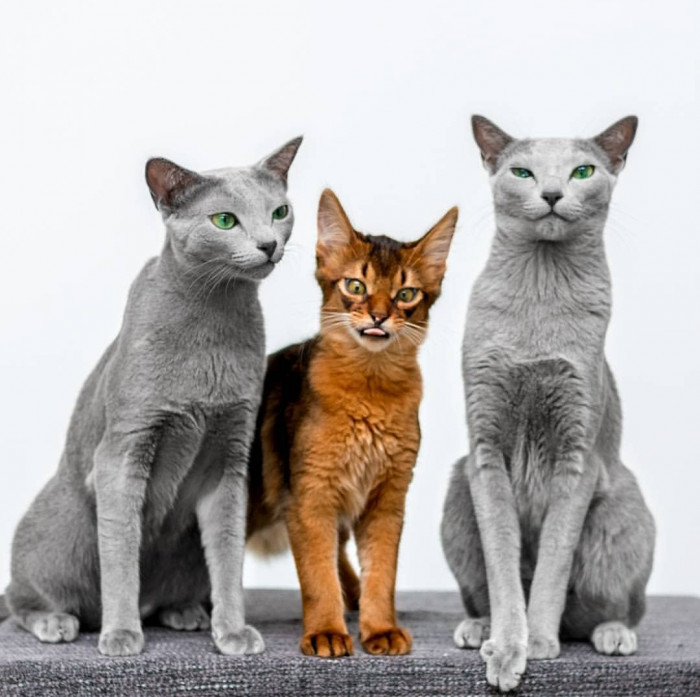 Errol is very loved and well cared for

At night he sleeps on his cat dad's legs and while he is a champ at self-grooming, his humans do a fabulous job of keeping him in tip top shape with a consistent, weekly grooming routine they talk about in their stories on Instagram. It includes a gentle grooming glove that he loves, but for a long-haired cat, Errol doesn't shed that much! 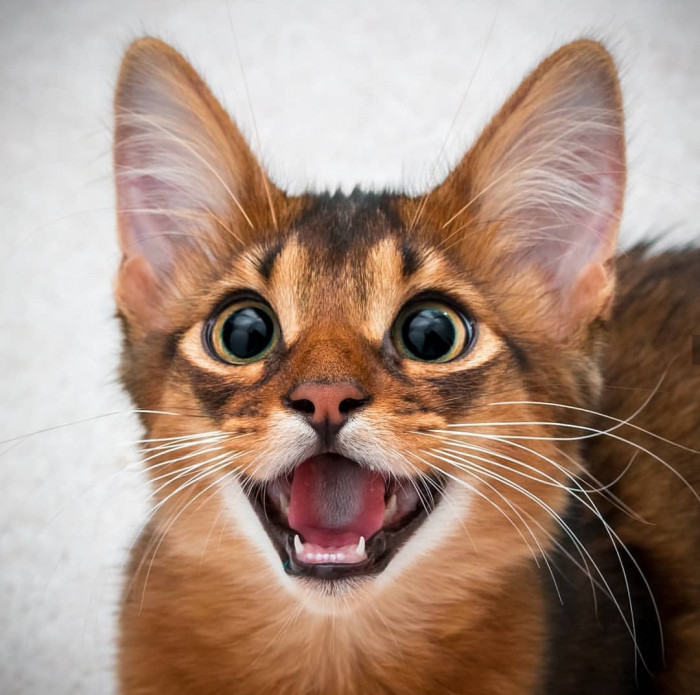 Even his name has a cool story! He is named after a, "little (explosive) swamp dragon from the Terry Pratchet book Guards Guards." 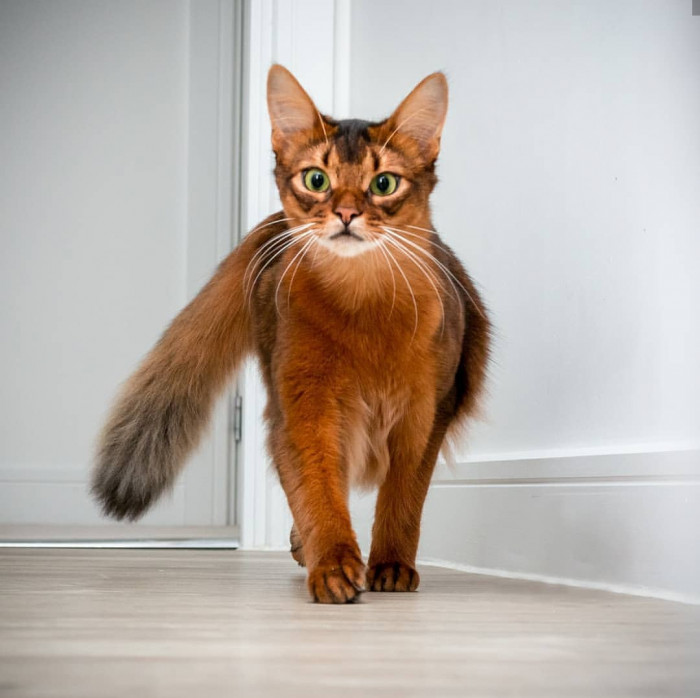 Errol's dad is from the UK and his mum is from Germany, which is where Errol also hails from!

May I present: Errol, Master of sleep! Watch on for all of Errol's adorable and creative sleeping positions 😴 #cuteaf⁣

Sometimes Errol is motivated to pose for the camera with treats and toys, but most of his photos are taken of him just being his majestic self.

His humans do use some editing techniques to enhance the photos, but don't let that fool you! Errol is breathtakingly beautiful with or without filters and editing! And his humans put the proof out there with some before and after photos, also featured in their Instagram stories. 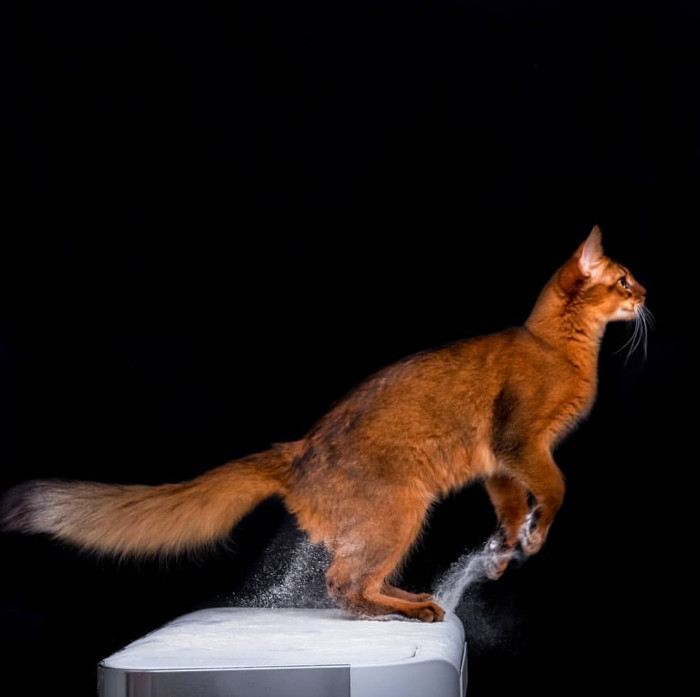 On their website, his humans let Errol do the talking about his pawesome purrsonality:

If Auri is the mischief maker, I'm definitely the trouble maker. I want to be involved in anything and everything that is going on in the house. 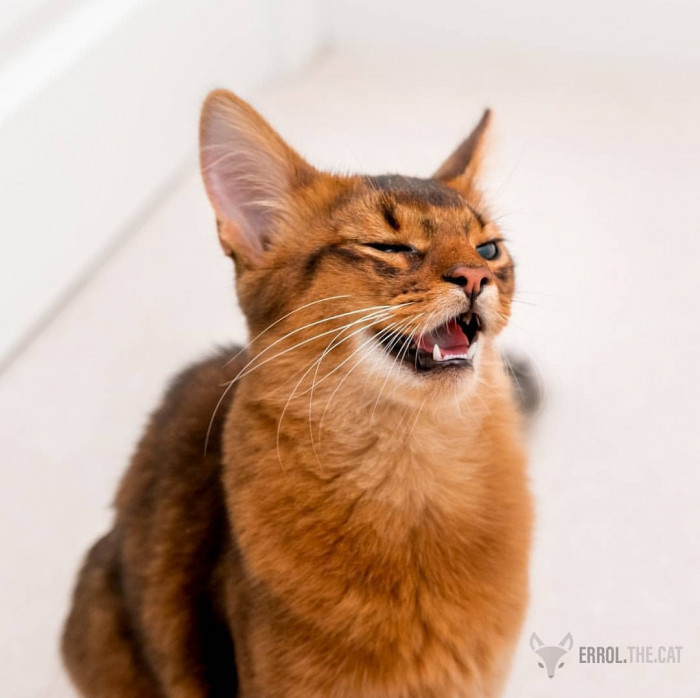 "From day one I have been a purring, meowing, eating machine with endless energy and slobbery tendencies." 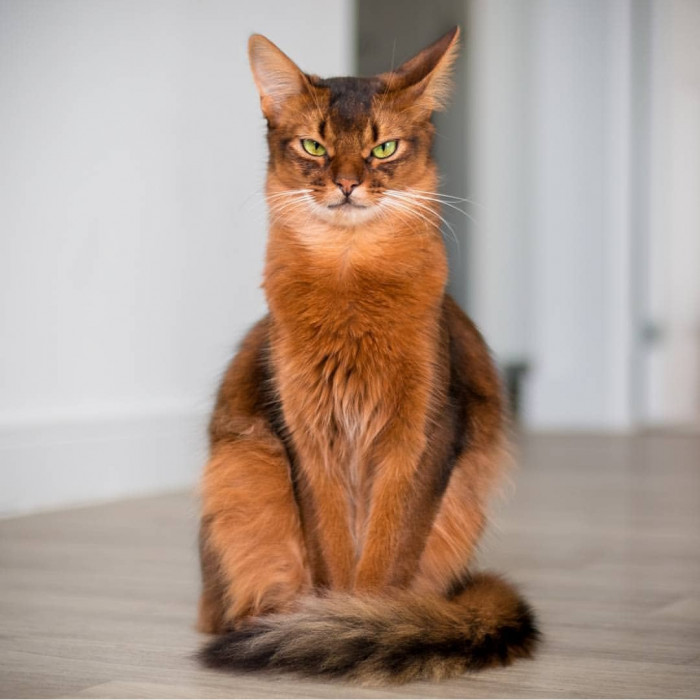 And golly, he is frisky:

"I love food. Like a lot. Like, "I will punch the humans in the face in the morning to wake them up at 6am sharp for breakfast" a lot." 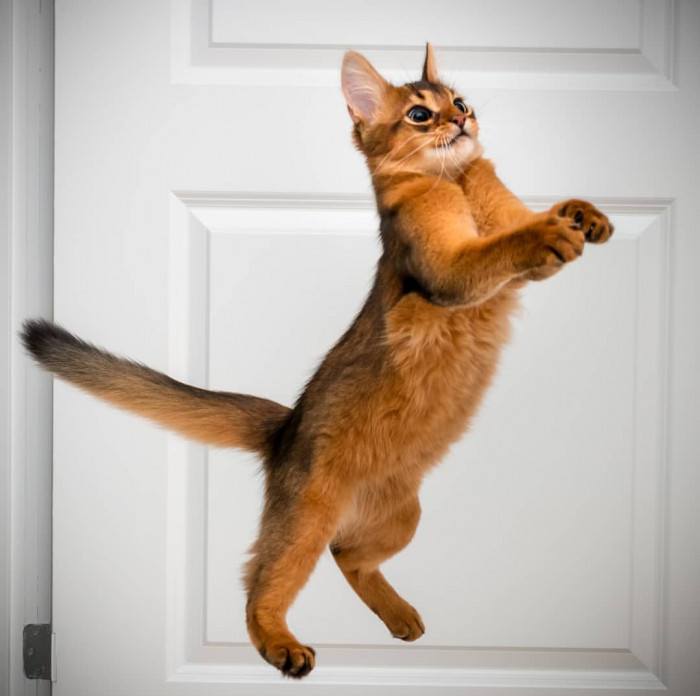 "I love to lick everything- my sisfurs, the humans, their clothing, their bags, phones - you name it!" 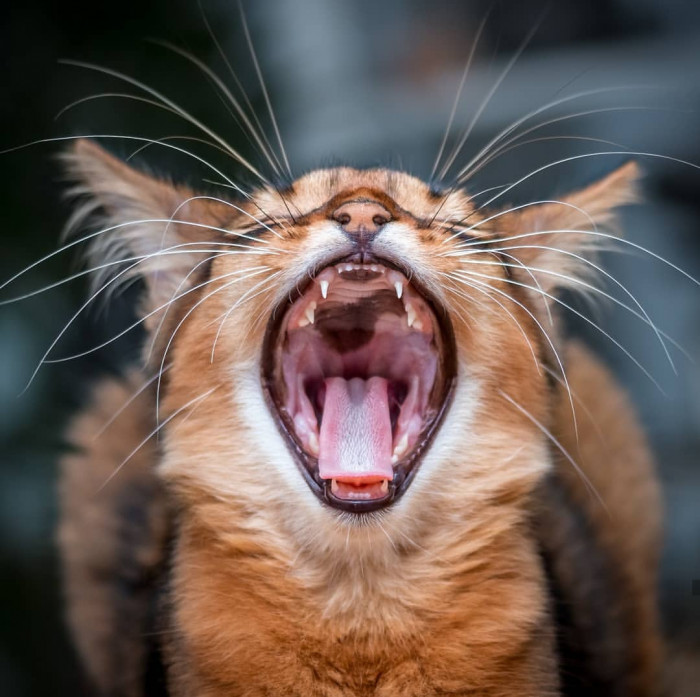 Shortly after bringing Errol into their home, his family blogged about why they decided to get a third cat and they included some fascinating facts about Somali cats! 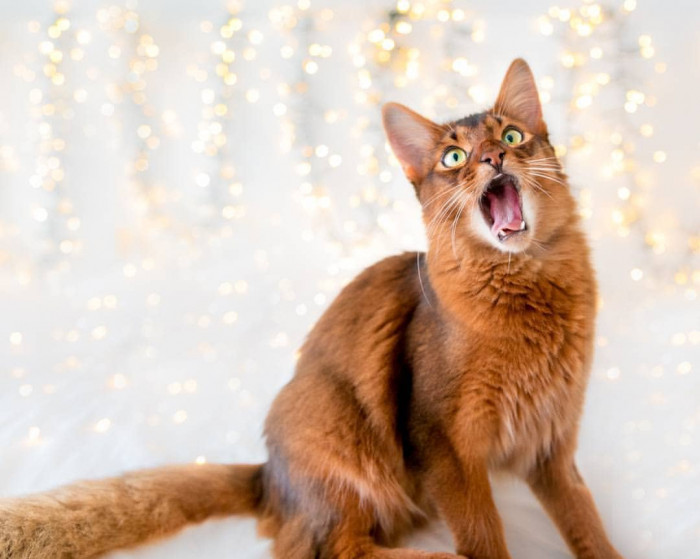 Somali are also called "the smiling cat" (a title also given to Russian Blue by the way) and are known for their good-natured temperament, their intelligence and their playfulness. 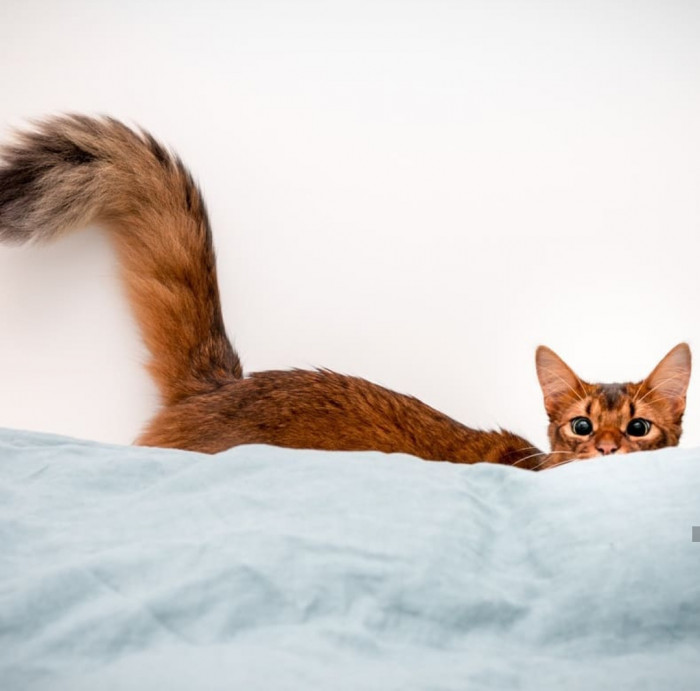 Errol is a special and beautiful cat, we can't help but be grateful his family is sharing him with the world. 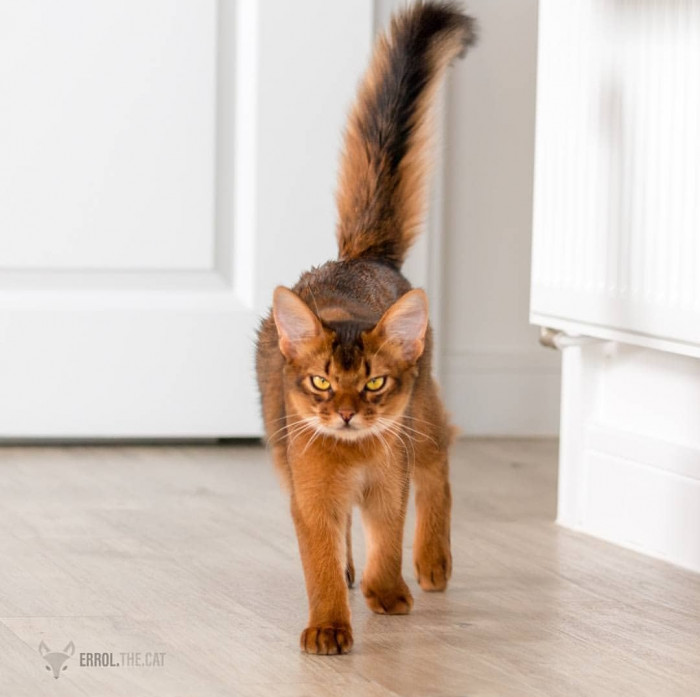