When you say the words firefighting dog, you’d probably think of something along the lines of the 2007 Josh Hucherson family film ‘Firehouse Dog’ but unlike the movie this isn’t about a star dog who finds himself with a firefighters family.

It is instead a truly heartwarming story of a 1 year old pit bull in New Jersey named Ashley and how she was rescued from an awful living situation by Staten Island animal rescue group ‘No More Pain Rescue’.

Some people truly do not deserve the love of such a sweet innocent dog (or any other animal for that matter).

Ashley’s original home was allegedly a crack house. Her owners rarely fed her, never took her outside and abused her. A call was made to ‘No More Pain Rescue’ by a neighbour that people were living in an abandoned house with a dog. Two members of ‘No More Pain Rescue’ arrived on the scene. She was ultimately found skinny in the house with no windows or heating and surrounded by faeces. None of the mentioned residents of the house were present. As soon as they removed Ashley from the house she livened up. 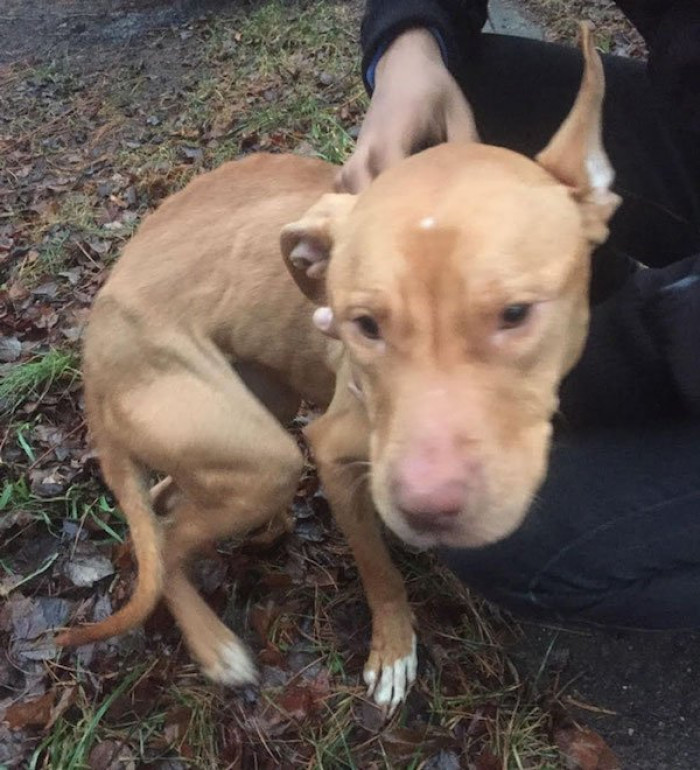 A couple, Erica Mahnken and her fiancé Micheal Favour, knew that some firefighters in Fort Pitt, New York who had been without a dog for a while and would be willing to look after Ashley. They asked if the firefighters could foster Ashley until the time that a permanent home could be found. They happily agreed to do so. 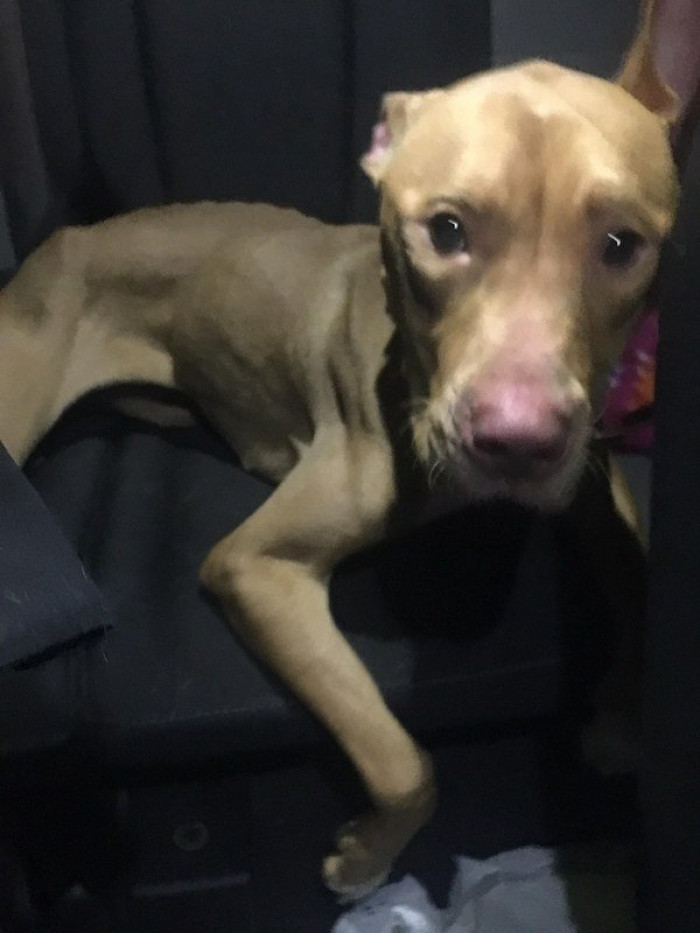 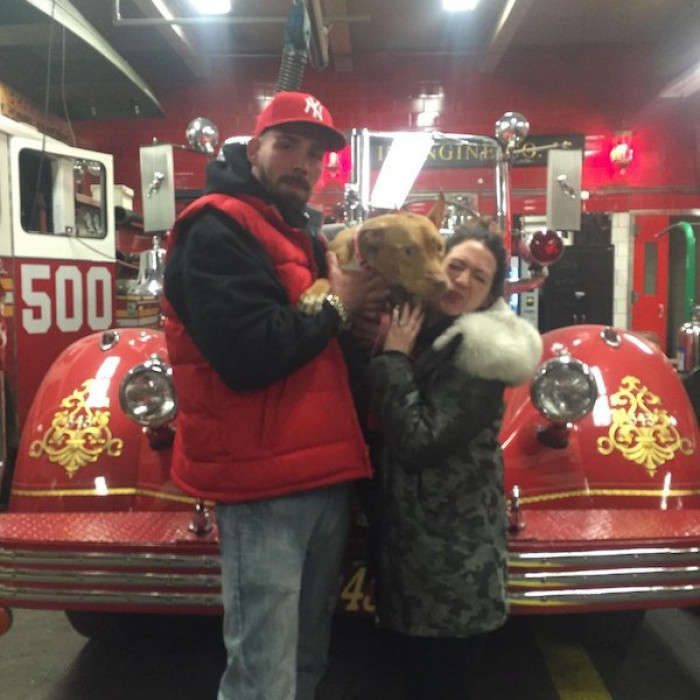 She is now walked, fed, played with everyday (she even goes for runs with the other firefighters with her own seat in the fire truck) and was given the purpose she had been missing. She is given quality time with all the guys. She goes to the gym with them, helps them wash the trucks and is always around when meals are being cooked. 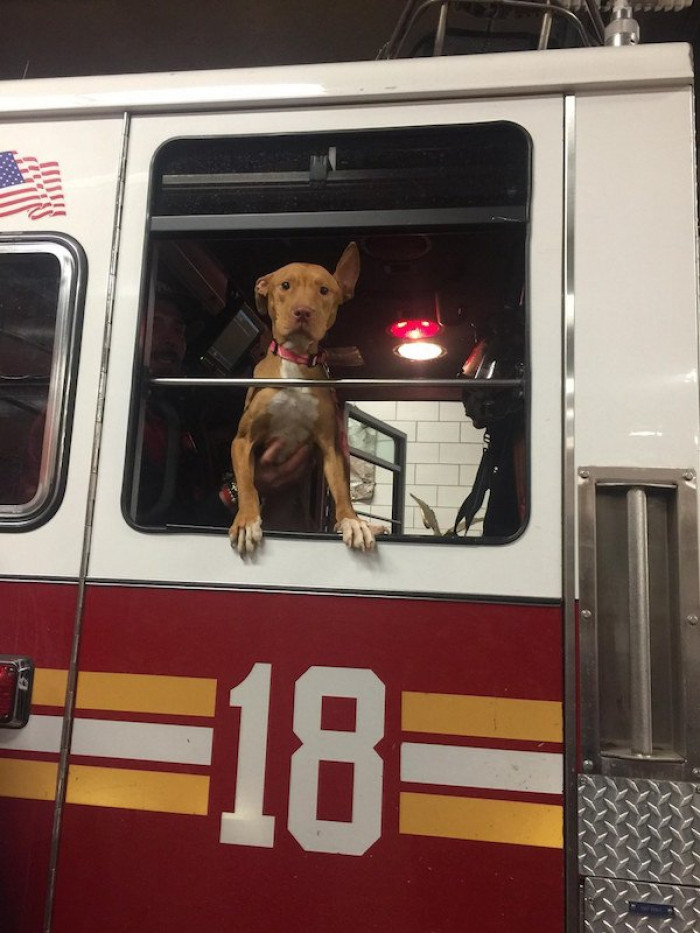 Overall, in her new home she is vastly more loved and appreciated and is truly treated like a part of the team. Ashley is still waiting for her dog sized FDNY fire helmet though. The firefighters in Fort Pitt truly teach us how to take care of the animals in our lives. 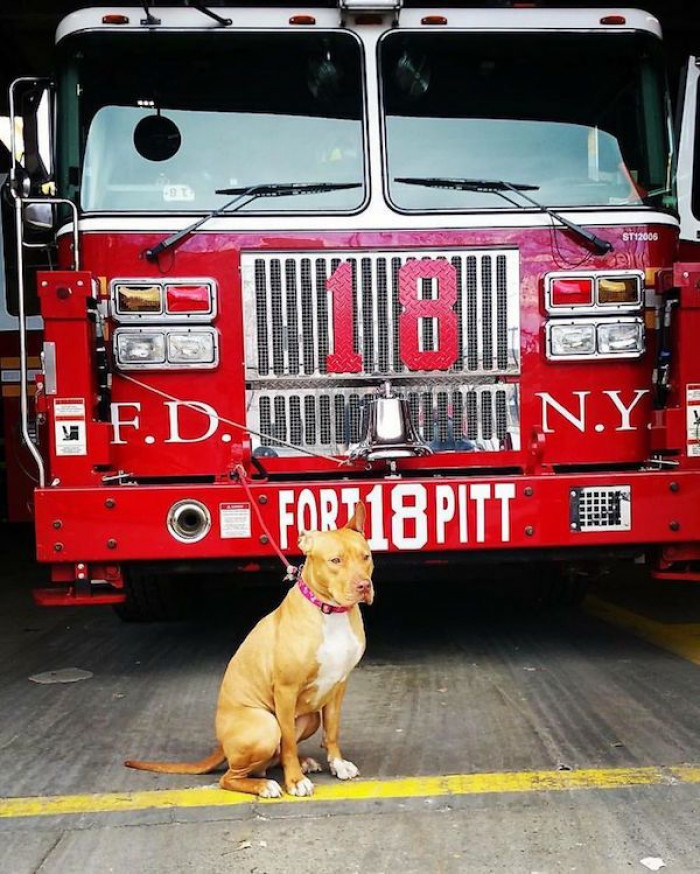 Wolf Dog Goes On Grand Adventures Instead Of Being Locked Away

Enormous Dogs Have No Clue Just How Big They Really Are