Sarah Graley, an artist from the UK, creates comics about everyday life with her fiancé Stef and their four cats. Pesto and Toby, sisters born in 2013, and Pixel and Wilson, Pesto's babies. A life with four cats is never dull, and they supply plenty of inspiration for her comics. But her biggest inspiration is Stef. They've been engaged for ten years now and enjoy every minute they are spending together. 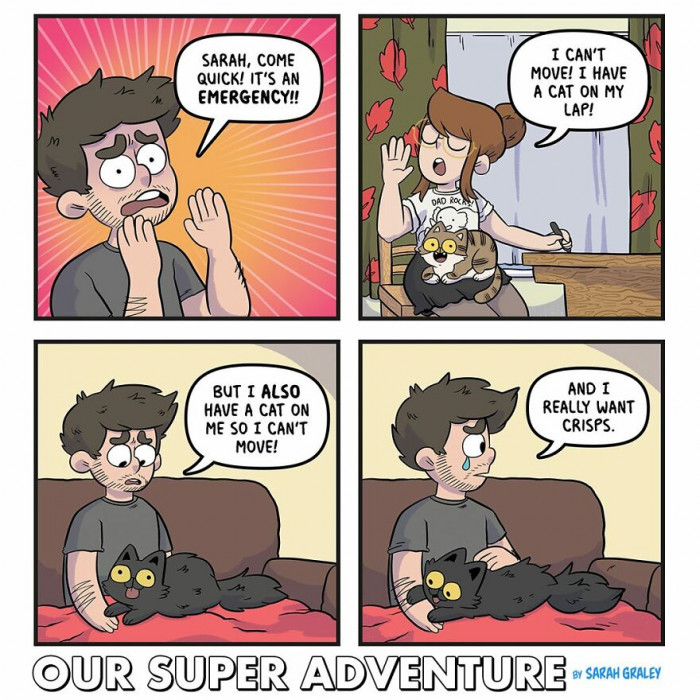 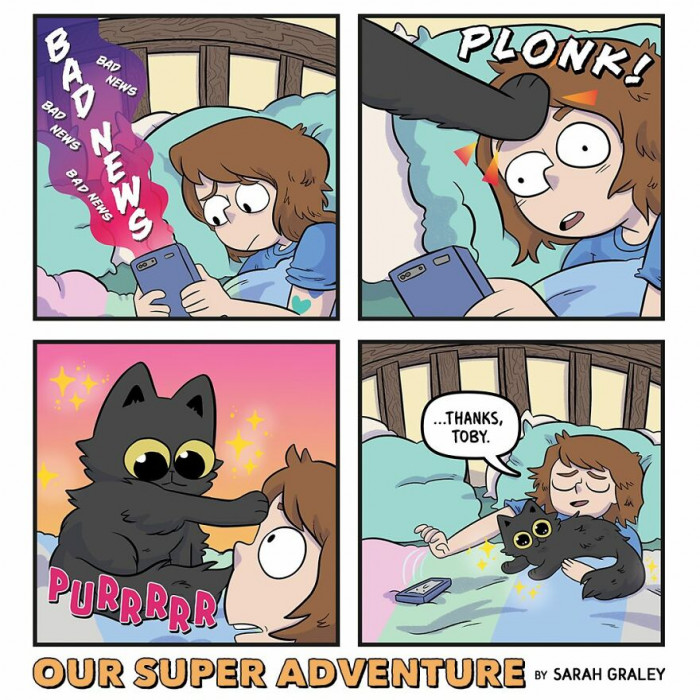 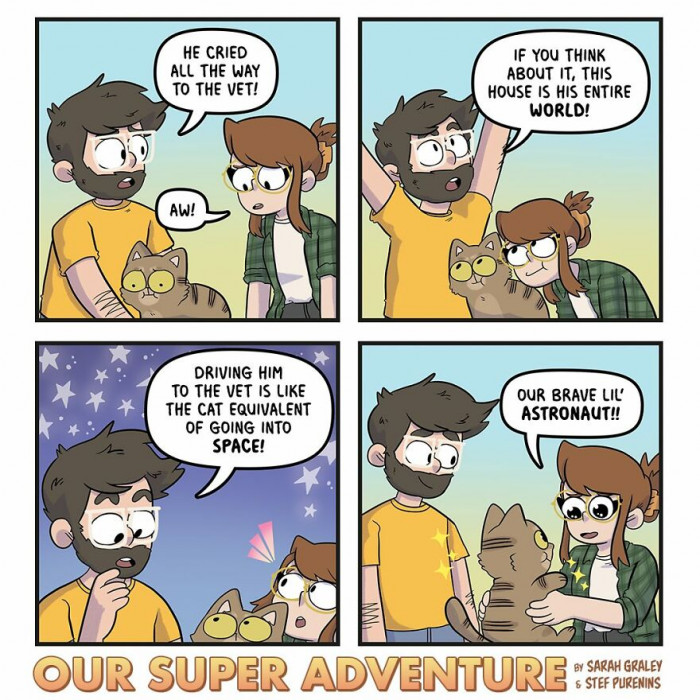 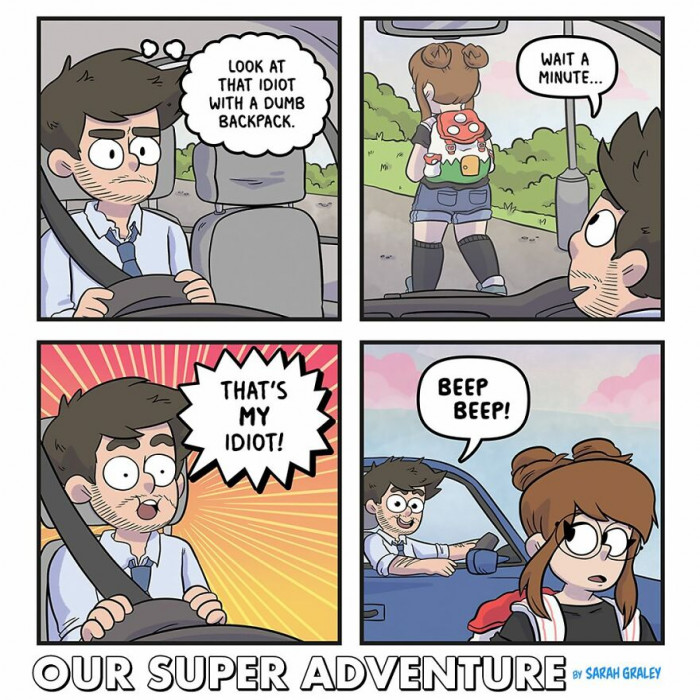 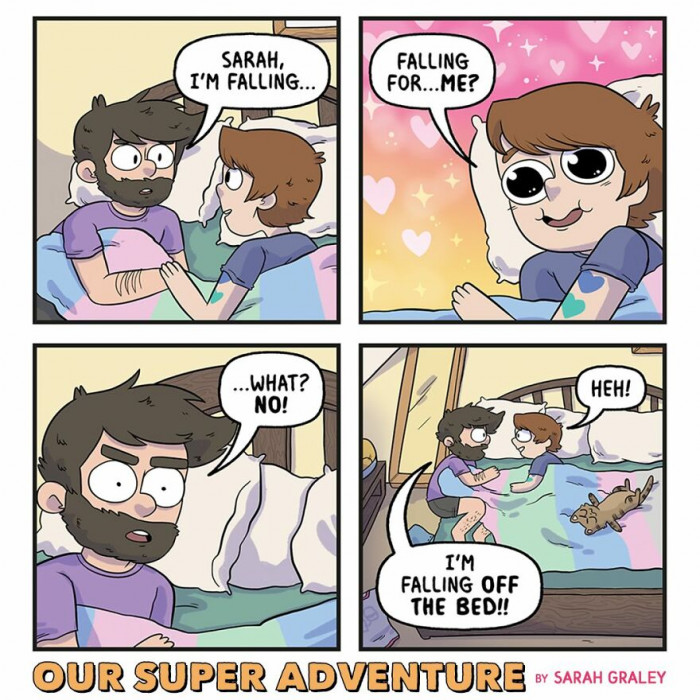 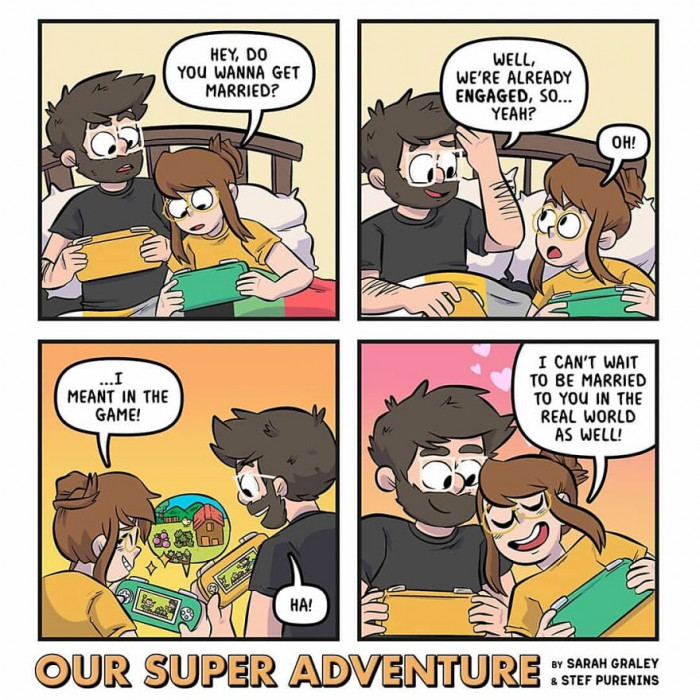 "I’ve always enjoyed drawing and telling stories and comics is the perfect combination of those things! I went to university in the UK to study illustration, but my course wasn’t amazing. It did give me the time to work on comics alongside my studies, though, and Our Super Adventure was one of the things that came out of that time! Shortly after that time, I made a fictional comic called Pizza Witch and posted it online and that eventually led to an editor from Oni Press getting in touch and asking if I’d like to have a go at making a Rick and Morty comic," Sarah says. 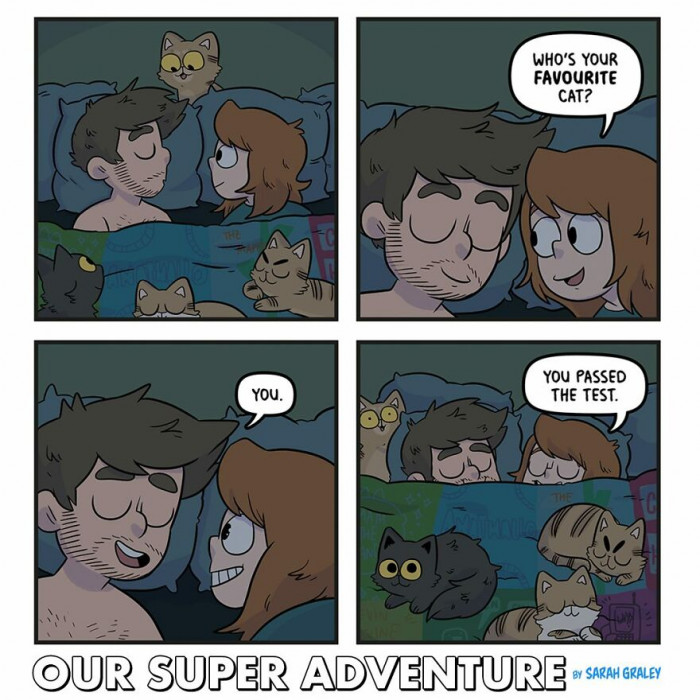 Sarah says that pandemic and the lockdowns changed the way they live and work . "It’s been a weird year! We feel lucky to have each other as we haven’t really left the house much at all! We miss seeing our families—there are nephews and nieces on both sides that we haven’t seen in ages! We also miss comic conventions a lot, we normally attend around ten a year and we love getting to meet fans of the comics! When everyone is vaccinated and things are safer we’ll be excited to see them be a thing again! We did start streaming a bunch during lockdown, though, that’s been a really nice way to connect with people who like our comics and want to see us being bad at video games or drawing funny stuff." 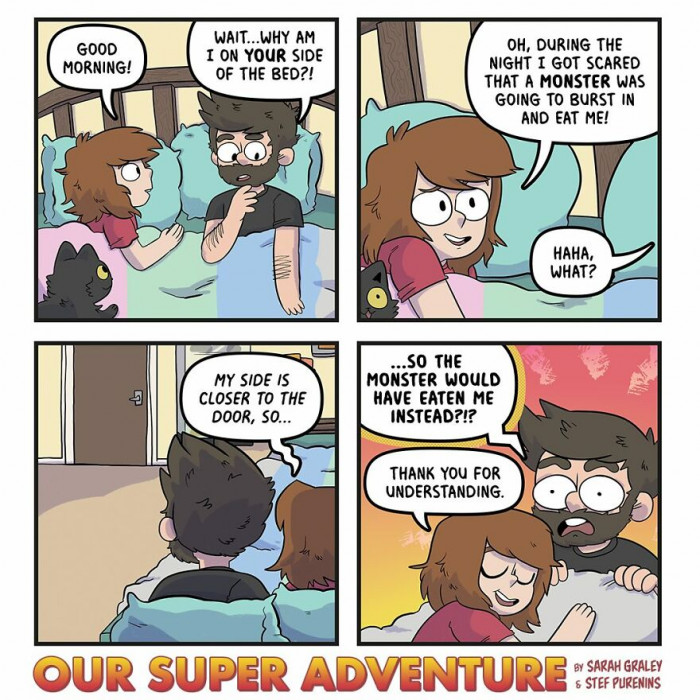 Sarah and Stef have been pretty busy in the months behind us: "We’ve been writing a Spider-Man comic series for IDW! It’s called Marvel Action Spider-Man and the first issue will be available in comic shops around the end of March! Stef and I wrote the story and an incredible artist called Phil Murphy drew it! We’re also still making Our Super Adventure comics on a weekly basis and also writing, drawing and lettering secret projects!" So keep your eye out, as it's March already. Can't wait to see what this fantastic couple came up with." 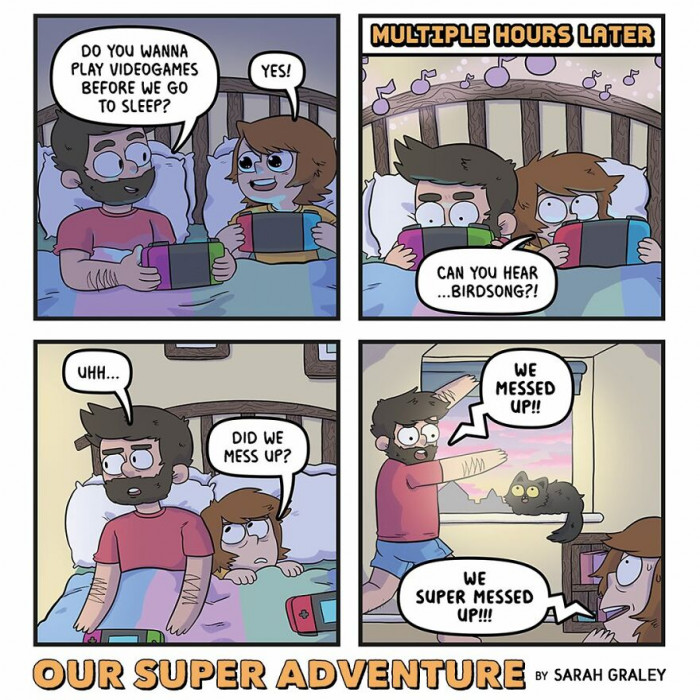 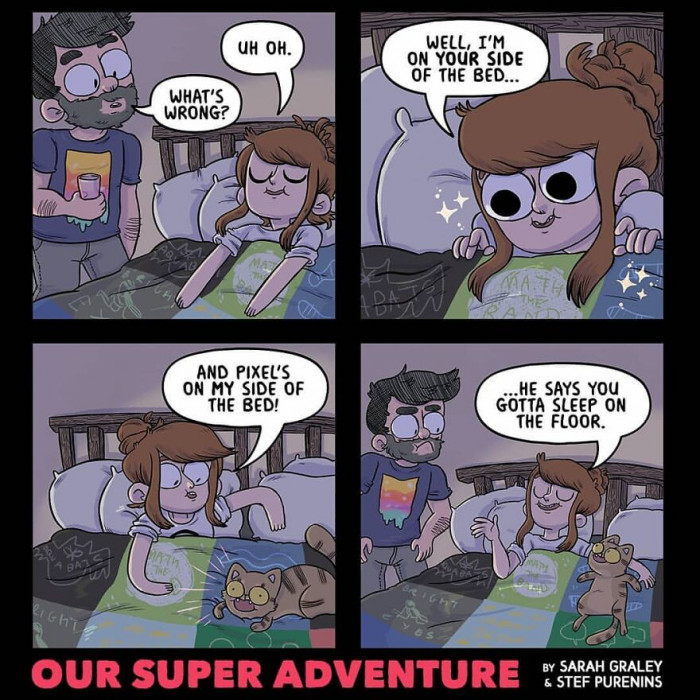 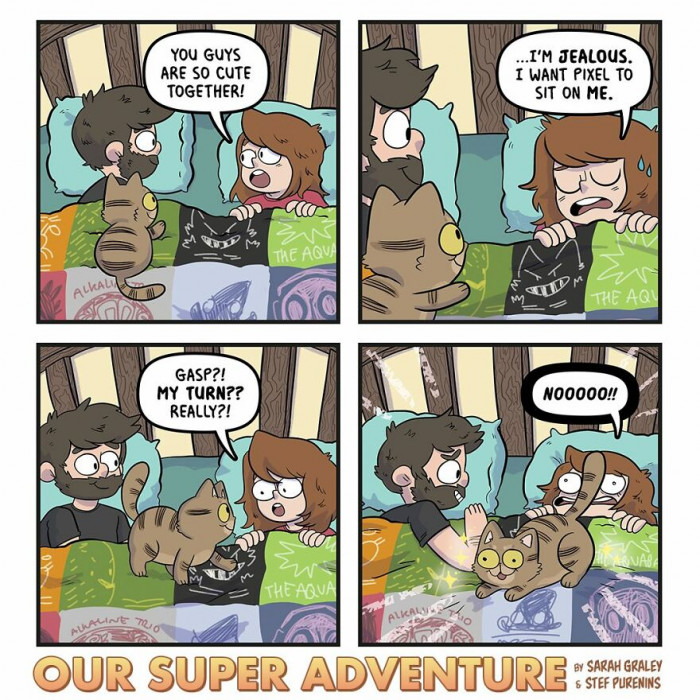 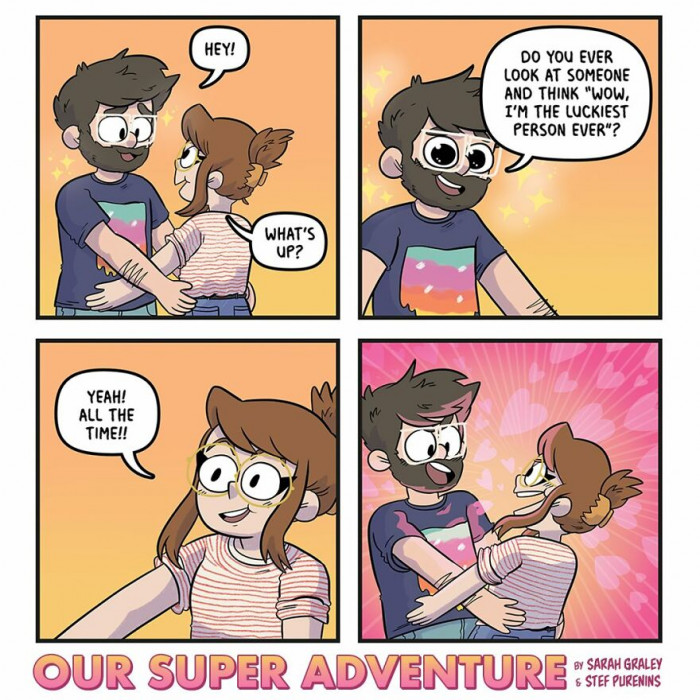 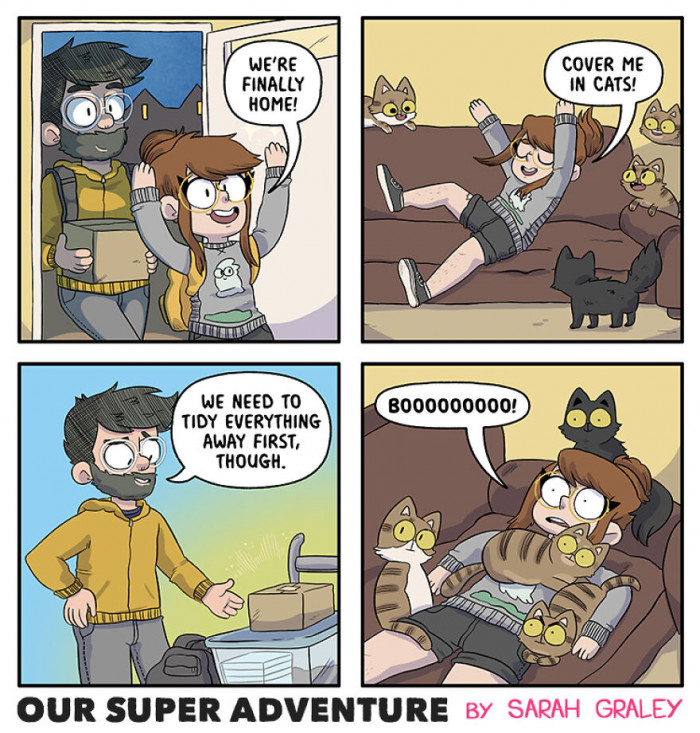 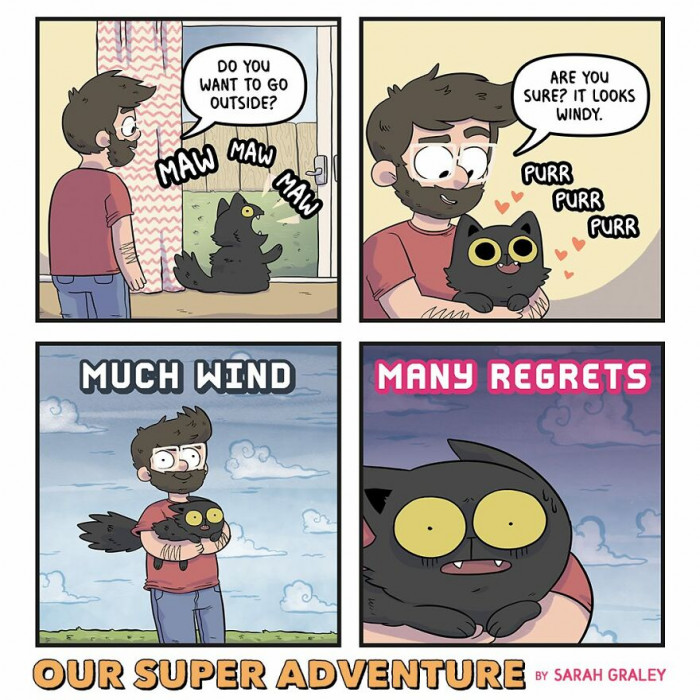 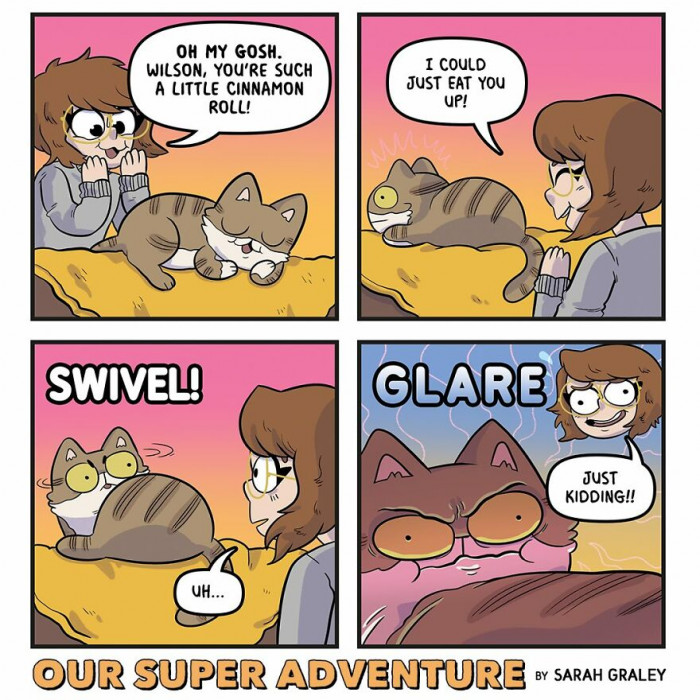 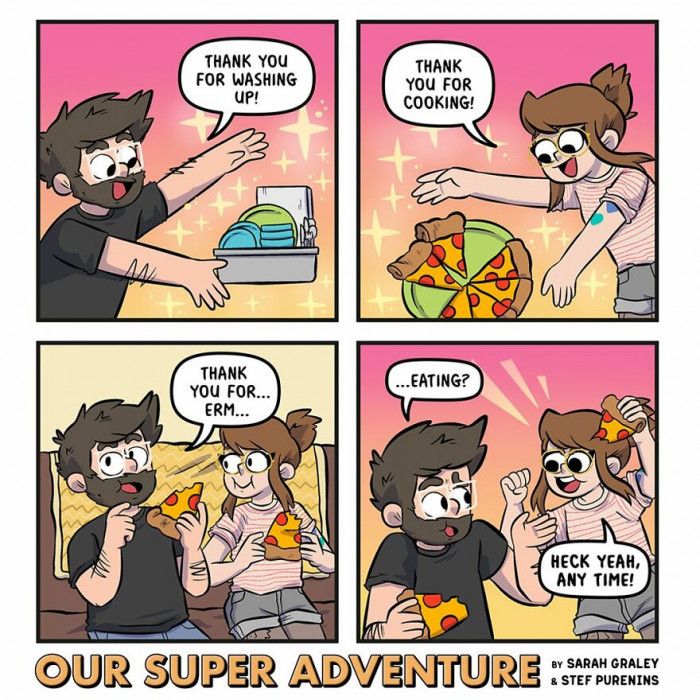 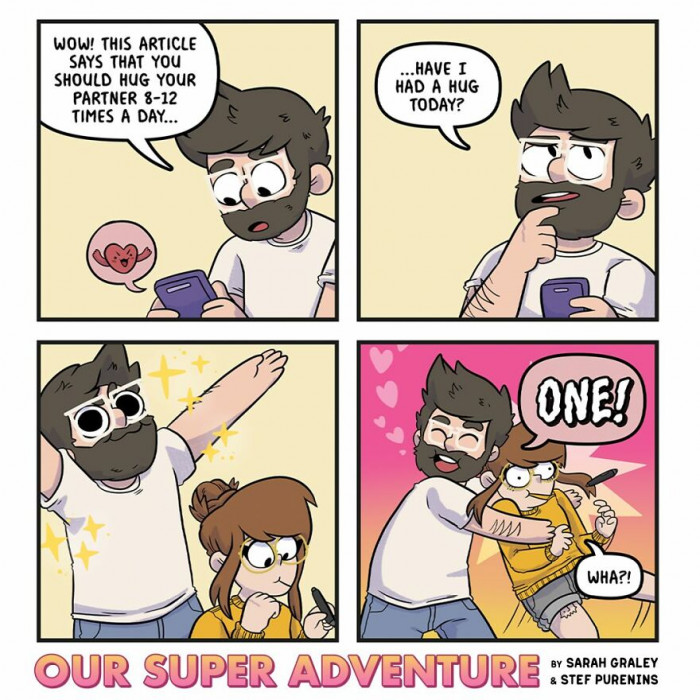 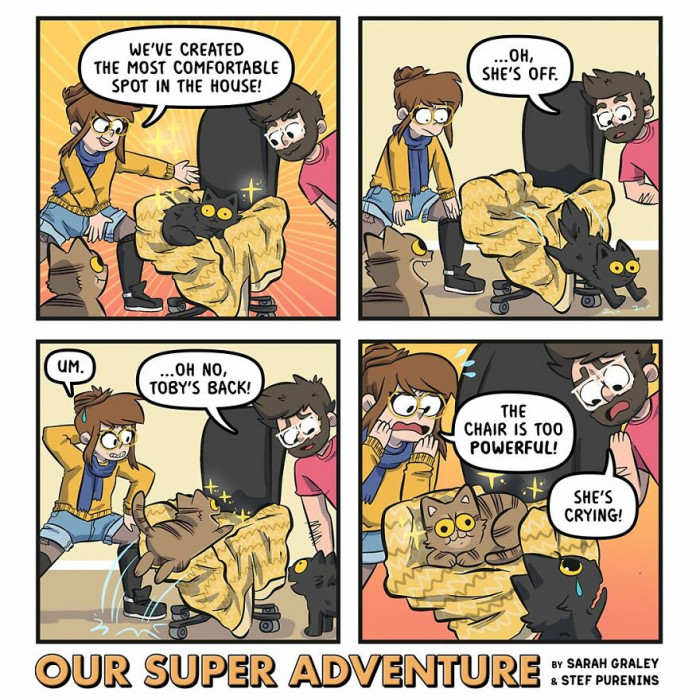 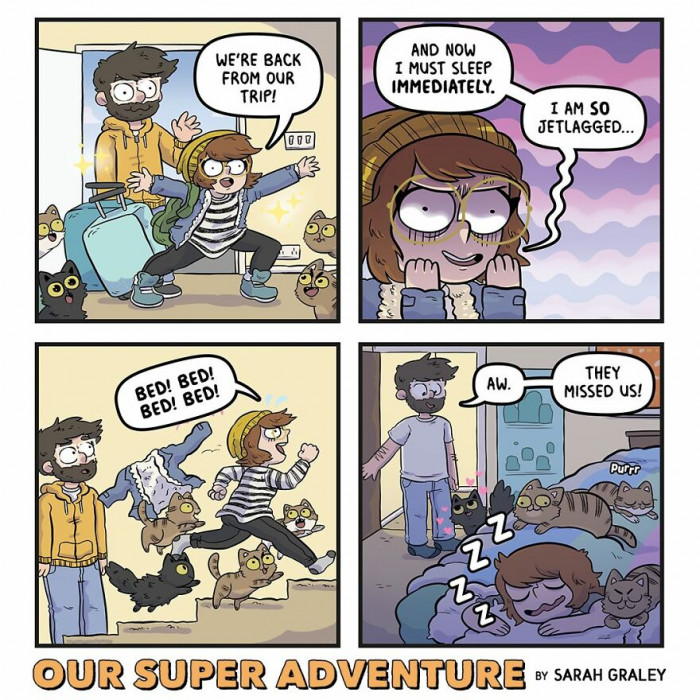 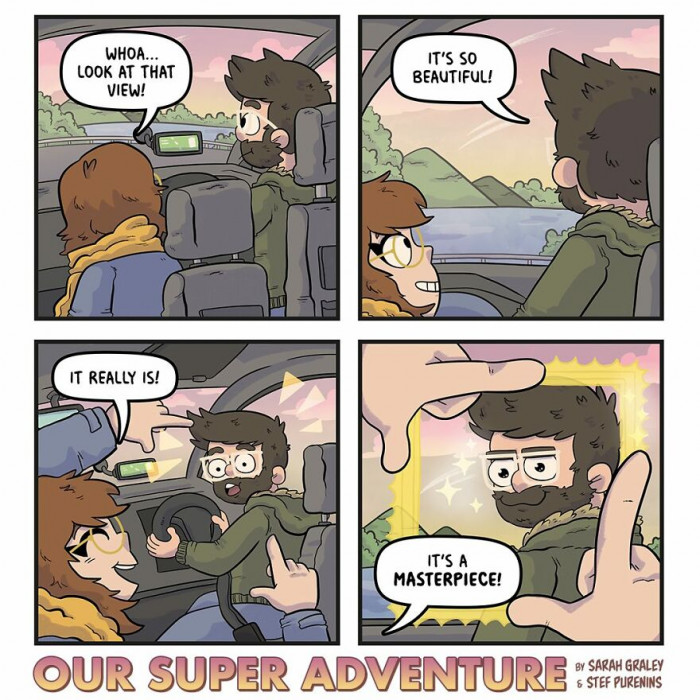 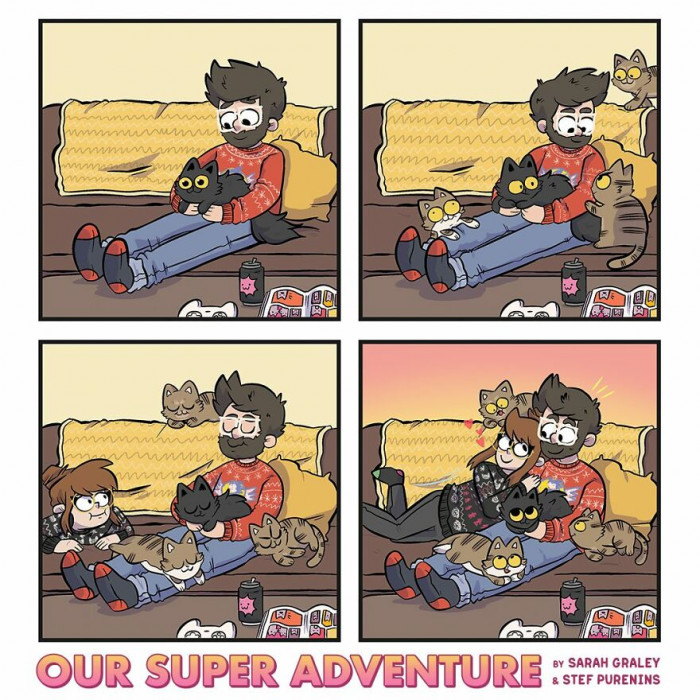 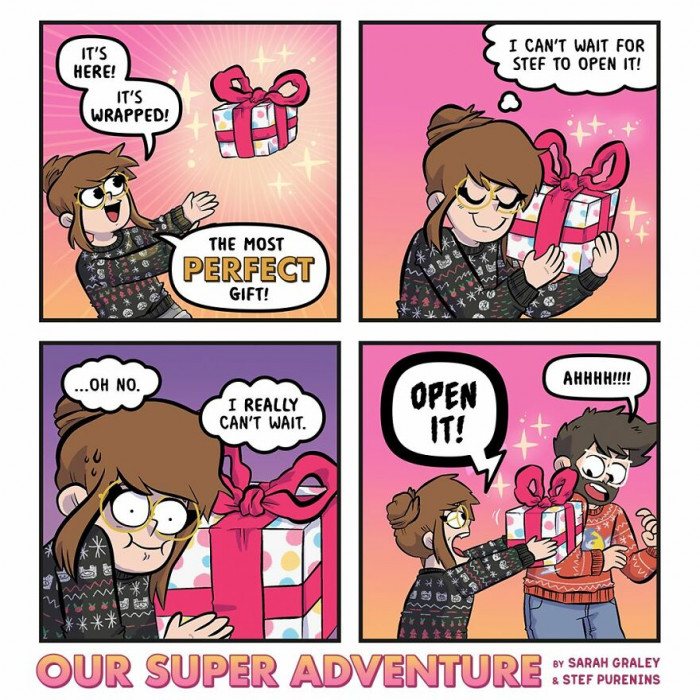 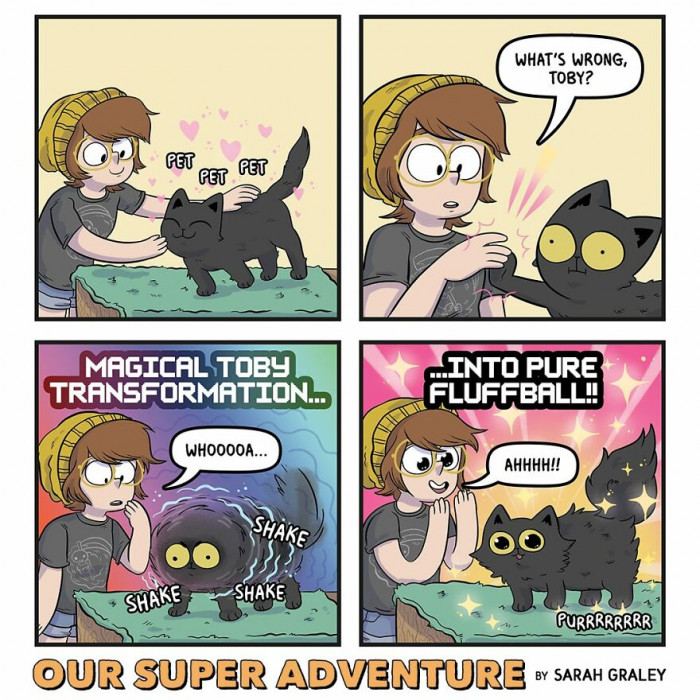 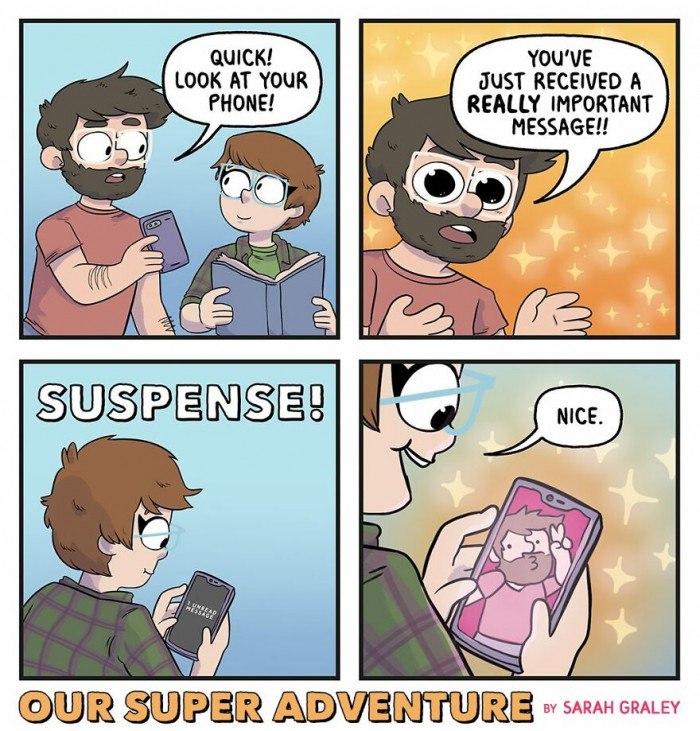 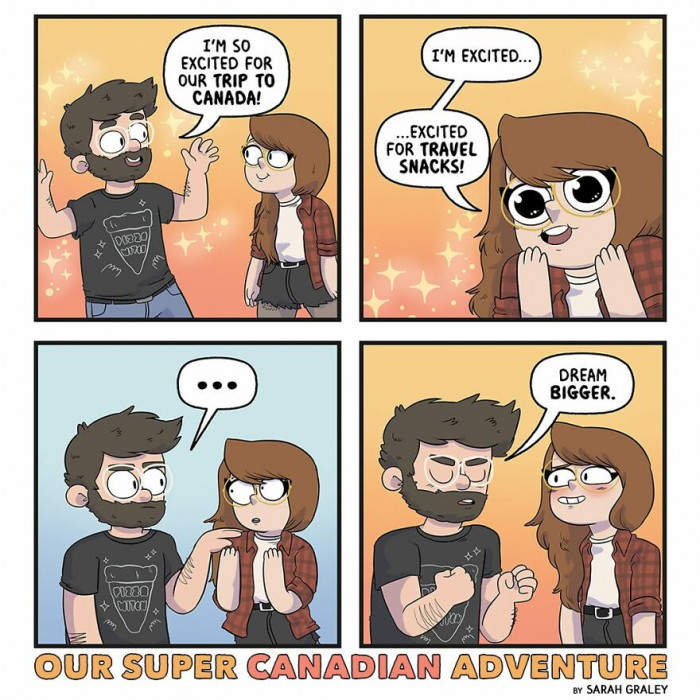 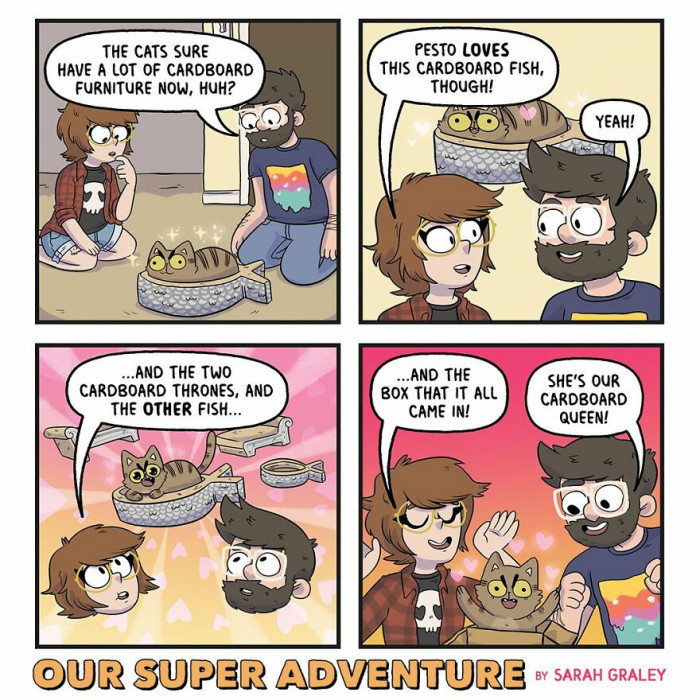 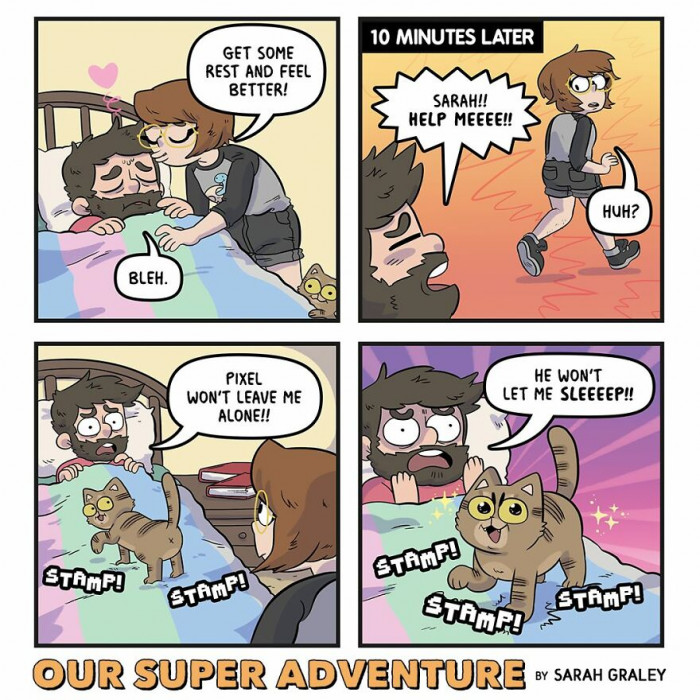 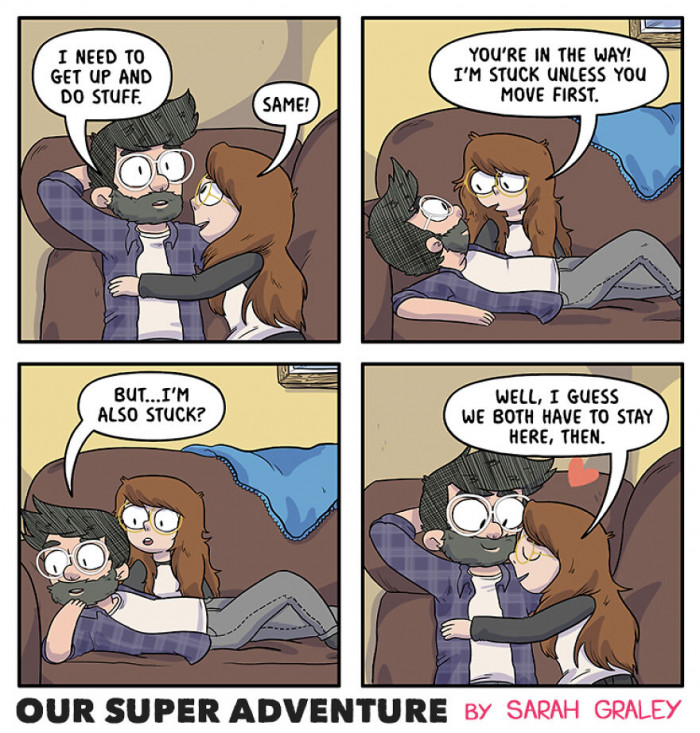 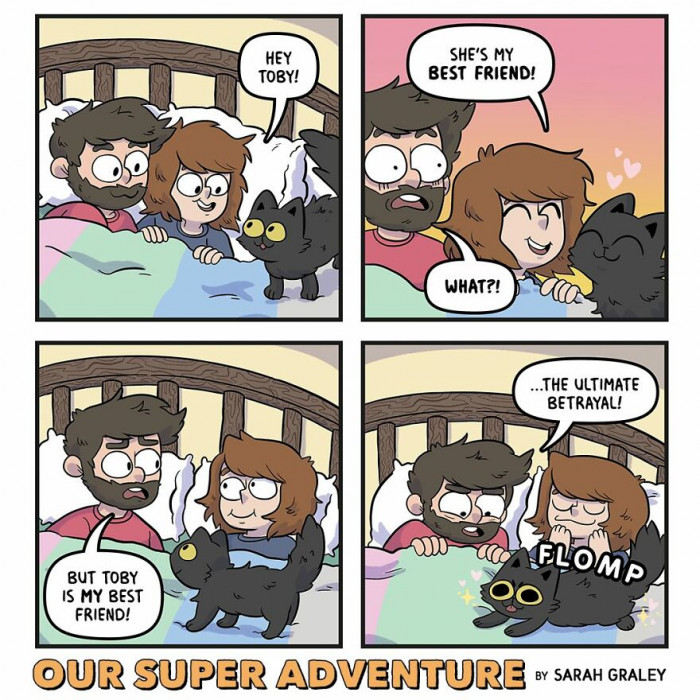 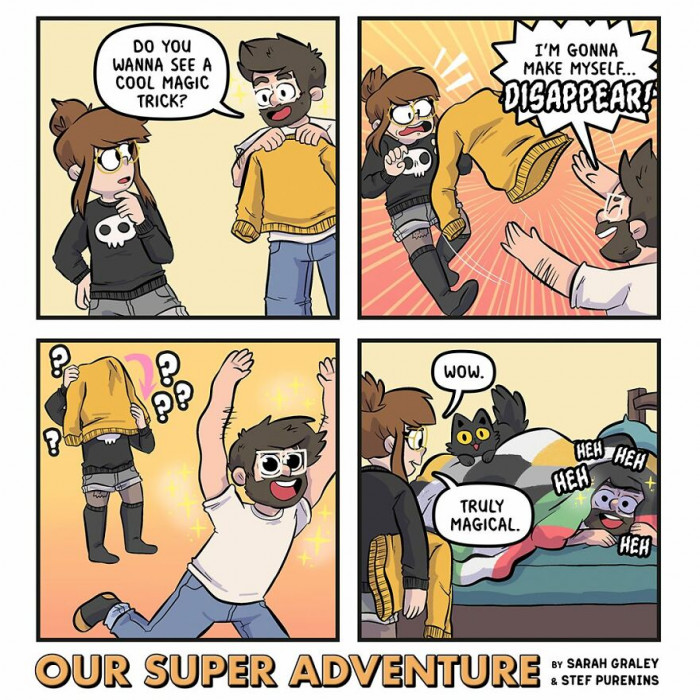