Take a look at the following photos at your own risk as it's full of a bunch of cute, warm doggos! There is an amazing ritual of some dogs in China during winters.

Although they have thick fur, during extreme winters they need a place to warm themselves up. Fortunately, some people let them seek shelter in their staff canteen in their home at Jiulongjiang Forest Park, Rucheng County. there is also a stove there in the staff canteen.

Dogs gather around the fire pit

The staff of the park shared that when these dogs feel cold, they would gather around the stove and start barking.

They will keep on barking unless someone comes and lights up the 'canteen stove'. 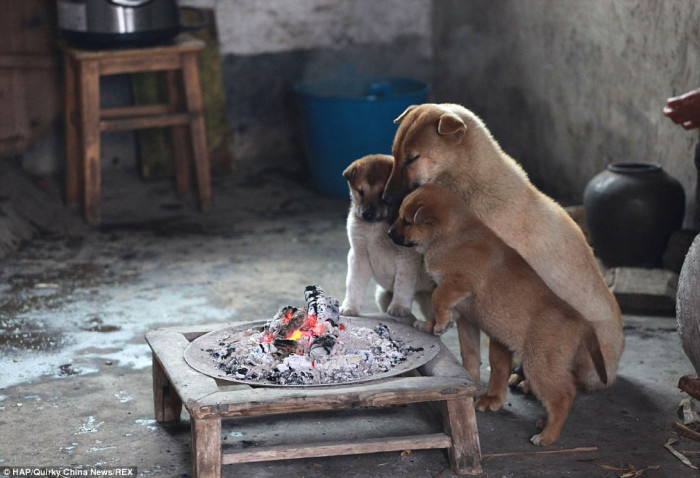 Dogs getting close to the fire to warm themselves

Once it has been lit up, they would try to get as close to the fire as possible to warm themselves up. 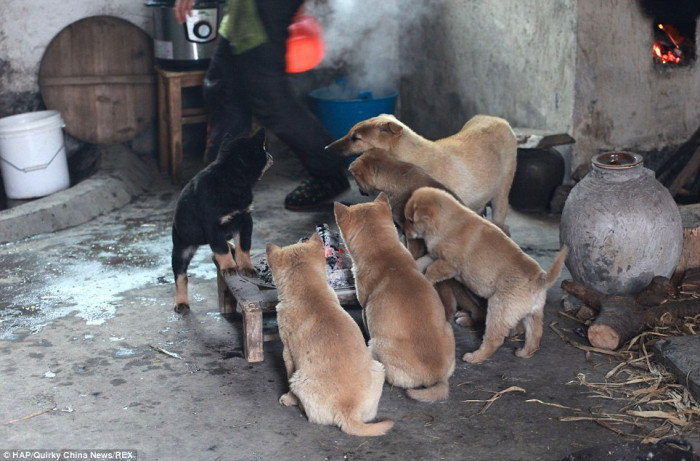 If they feel the heat is too much, they will step back a bit. 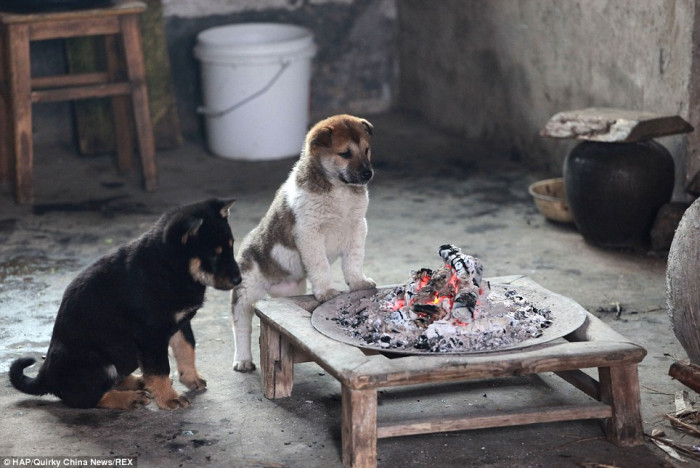 Smart dogs, hanging by the fire

These are some very smart dogs. They made the people in their surroundings realize what they require and made them do it. And guess what? They didn't even have to force anyone to do it, their cuteness did all the work. Who can resist such cute puppies? 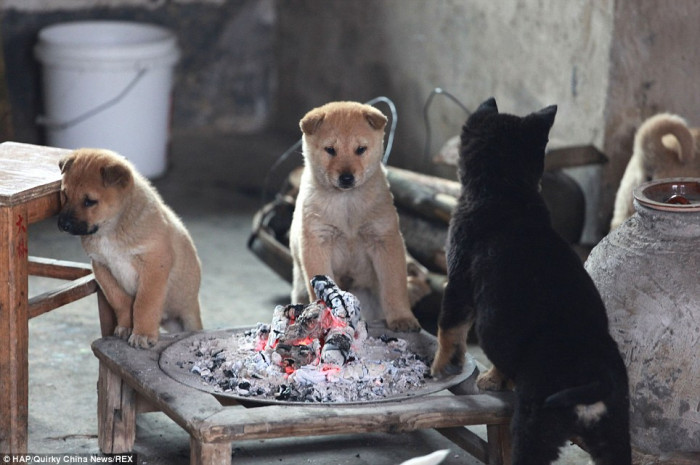 Too much cuteness in one picture

These pictures are enough to melt anyone's heart. These dogs are way too smart, maybe humans fail to understand them. 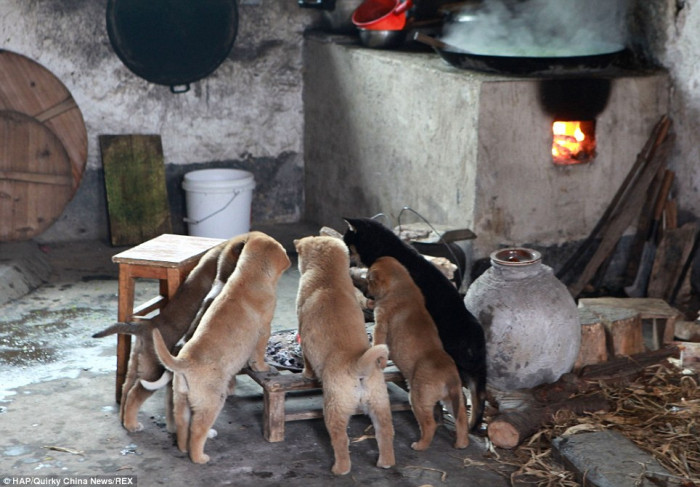