When I was a kid my parents brought home a bird. I don't even remember what kind of bird it was but we were all super excited about having a pet bird, until we realized that we were totally not cut out for having a pet bird. I mean, the thing never shut up. Ever. I'm sure a bird enthusiast could explain something totally logical and rational but as a kid, I thought to myself: birds suck.

Now into adulthood and thanks to the glory that is known as the Internet, I've come to learn that birds are diverse little creatures bursting with personality and totally worthy of their famed adoration. Although I will likely never keep a bird as a pet ever again, I've decided to spread the good news of birds!

So I saw a woman driving with a Falcon stuck in her grill today. I ran out on to the street and flagged her down. I noticed pretty quickly that the falcon was still alive and not very happy. I called a worker from Bridge film studios where I was headed for a meeting who came out to help. He grabbed gloves and held the poor guy. We decided the best choice was to cut the bird out. The lady who owned the car was ok with it. The bird lives! A Wildlife controller was on the way so we didn't release it. They wanted to make sure it wasn't injured too badly before letting it go. Crazy morning... 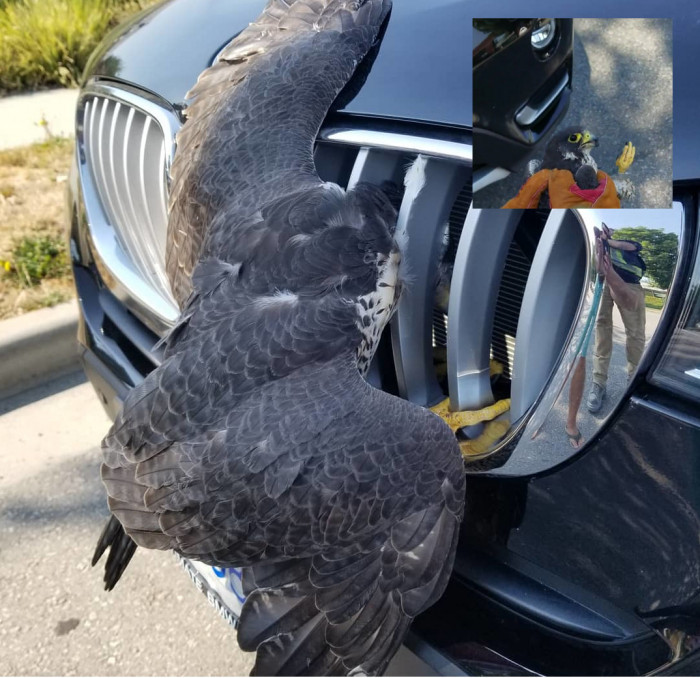 2. "Bob the golden retriever is best friends with eight birds and a hamster." 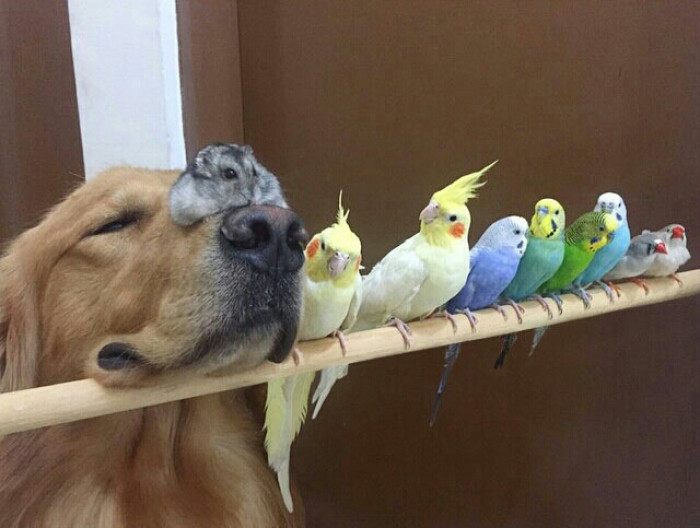 3. Check out this party animal. Too legit to quit.

"This guy, drunk on fermenting apples, just ran into my window, threw up, and stole a rock. He's in the tank to sober up." 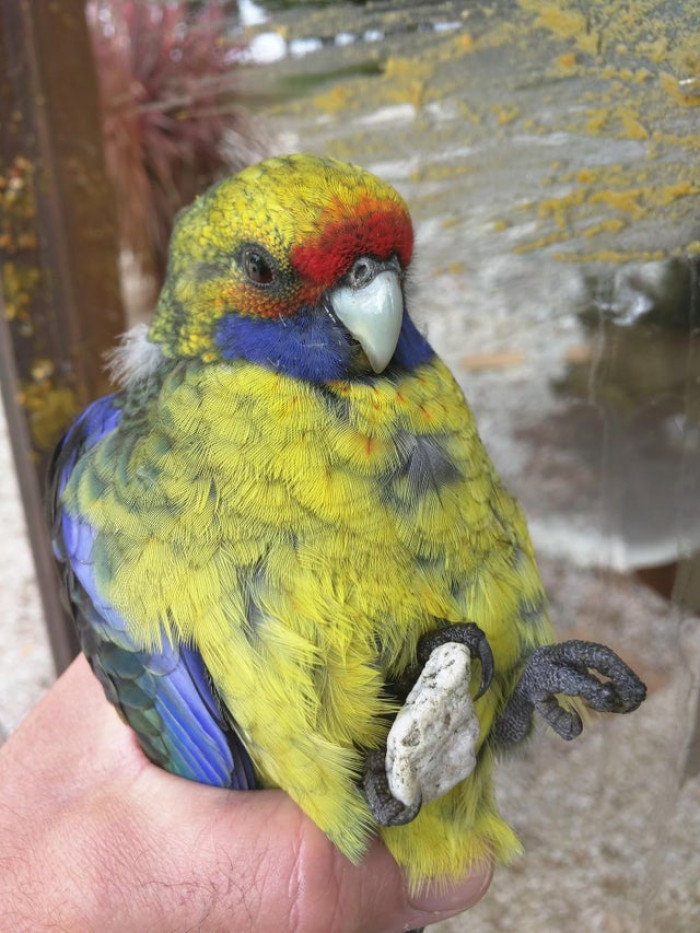 Fun Fact: most birds stand on one leg to better regulate their body temperature. 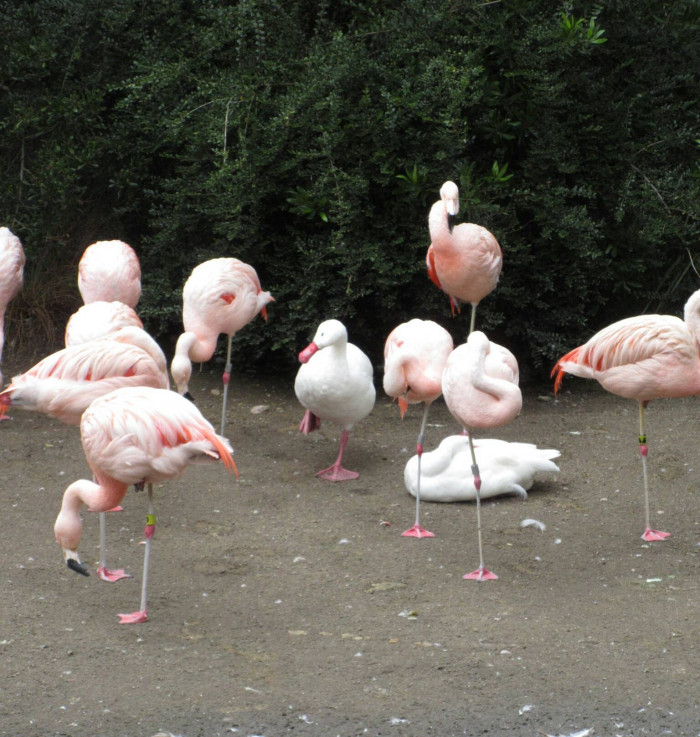 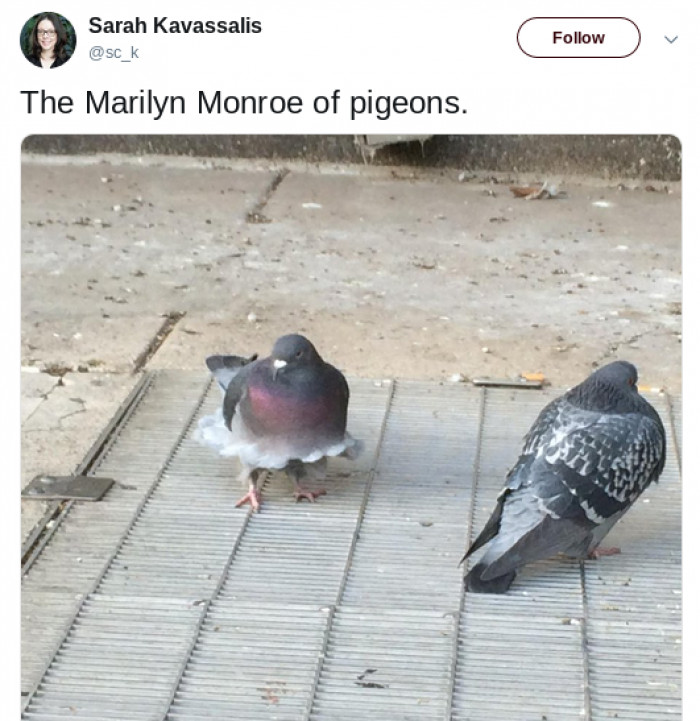 6. "This bird landed by my window and stared at me like I murdered his whole family." 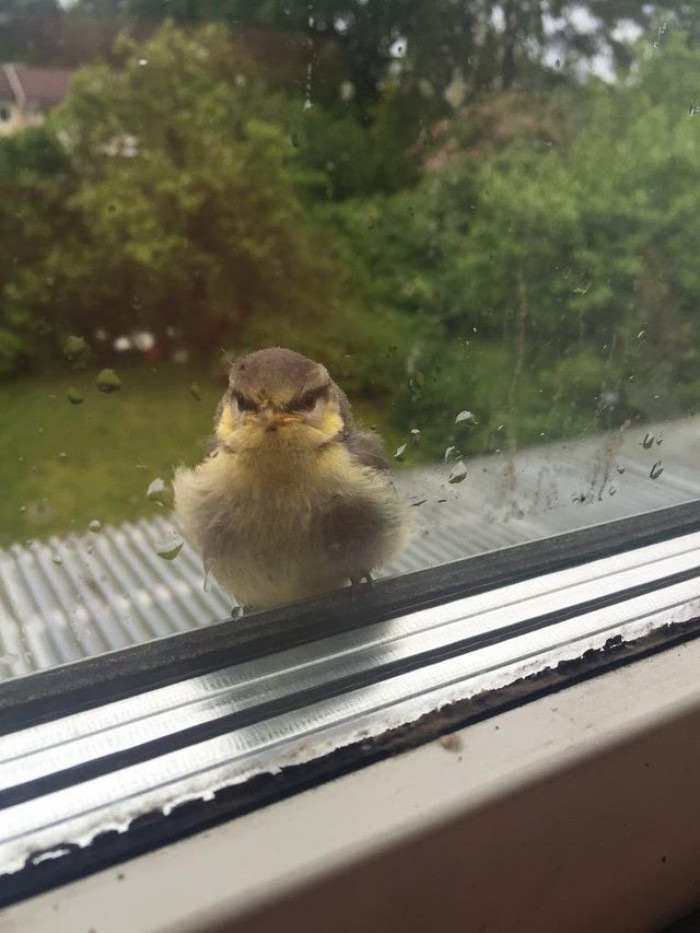 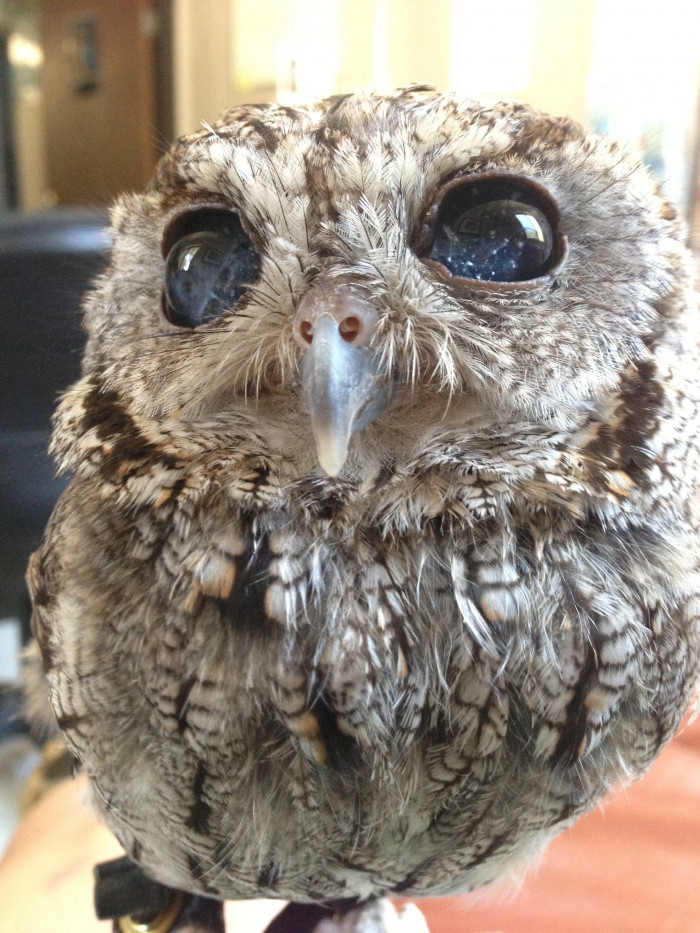 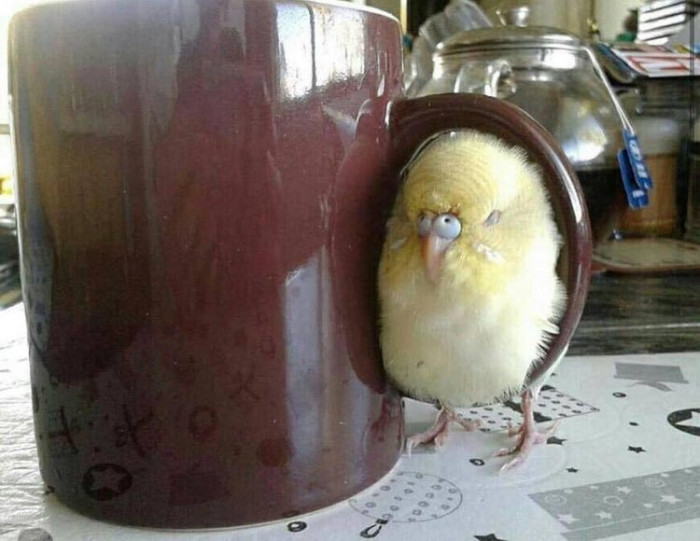 9. The romance bar has been raised, fellas.

"Recently, every morning my father places bird food in the yard for my mother to wake up on this view." 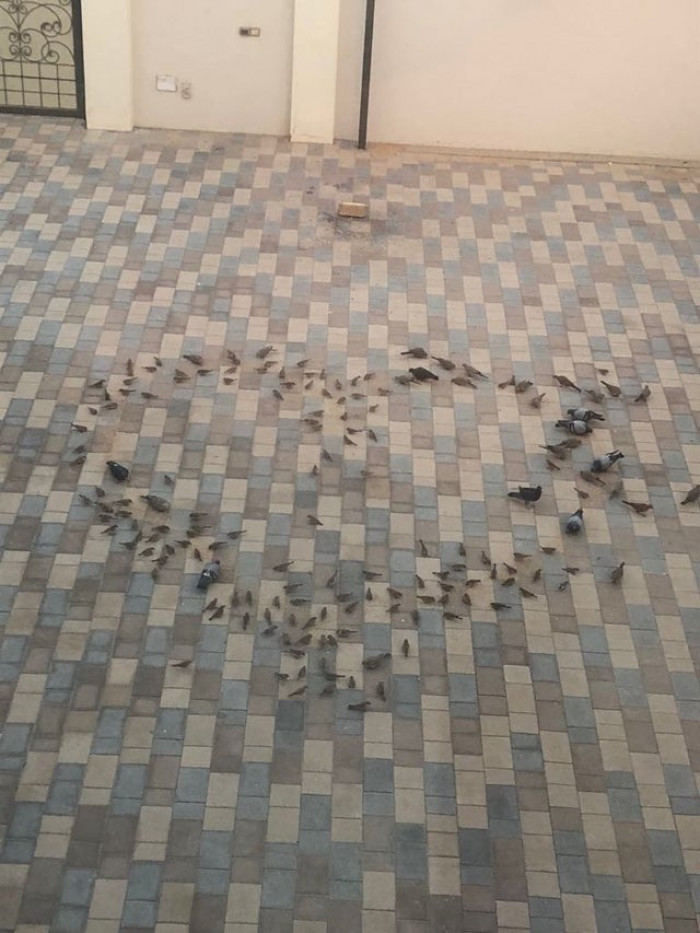 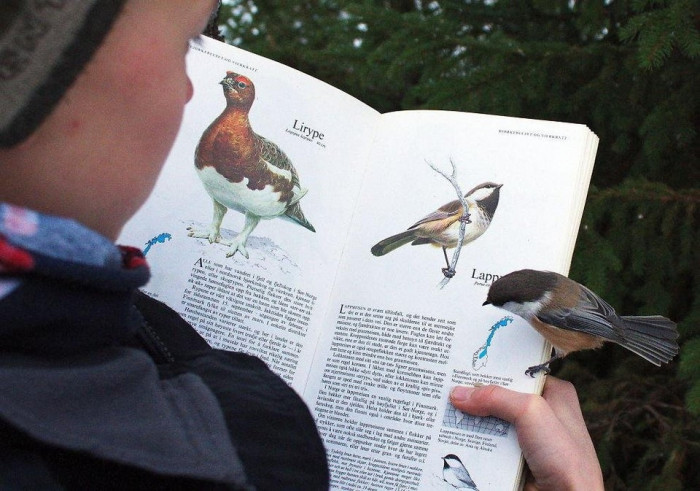 11. "I fixed a pigeon's wing so he went to fetch his girlfriend and now they live at my house." 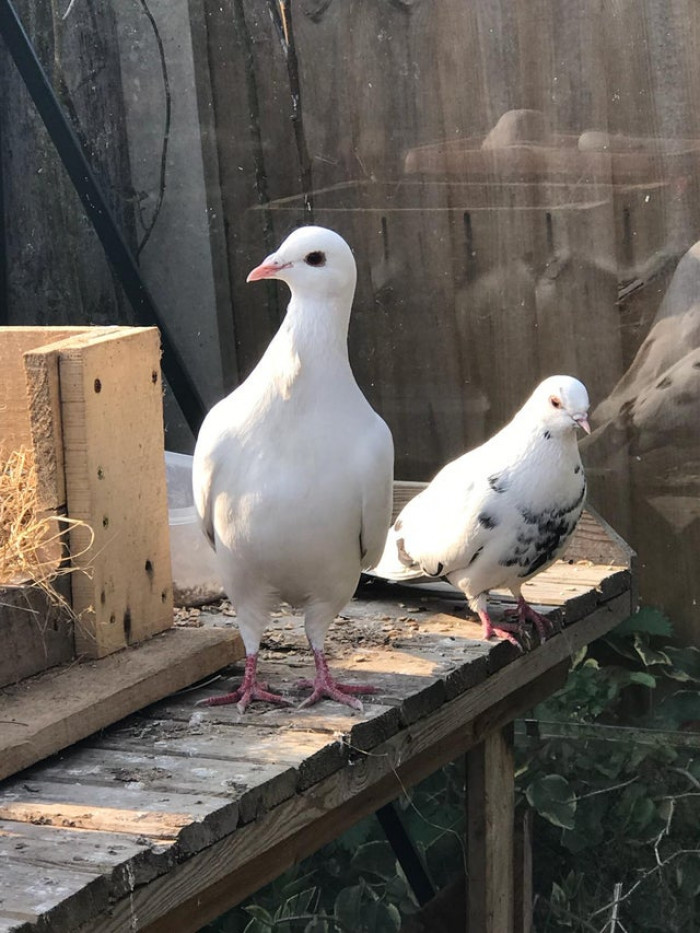 I bet it's a pumpkin spiced latte... I heard chicks really like those. 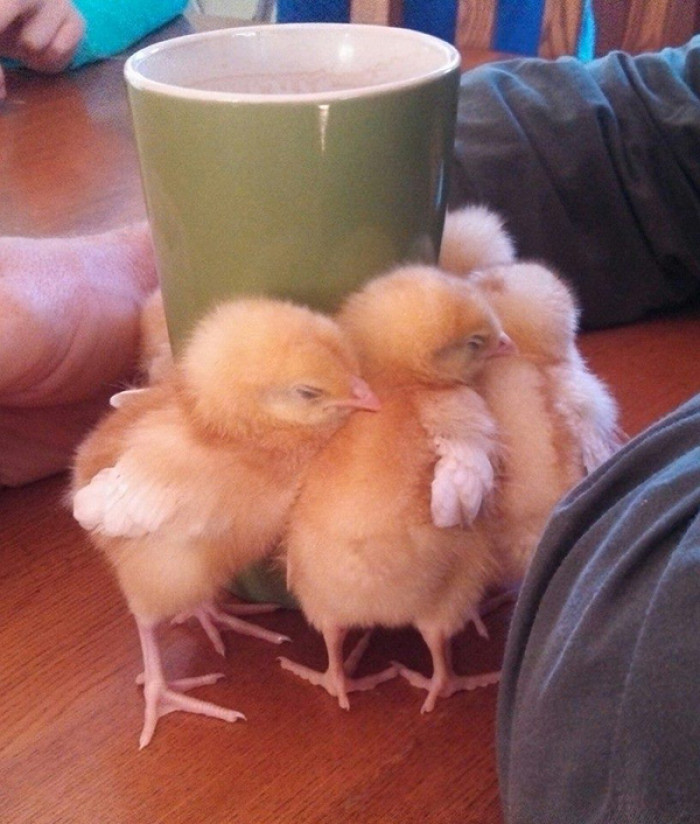 13. "Baby owls sleep like this because their head is too big for them to hold." 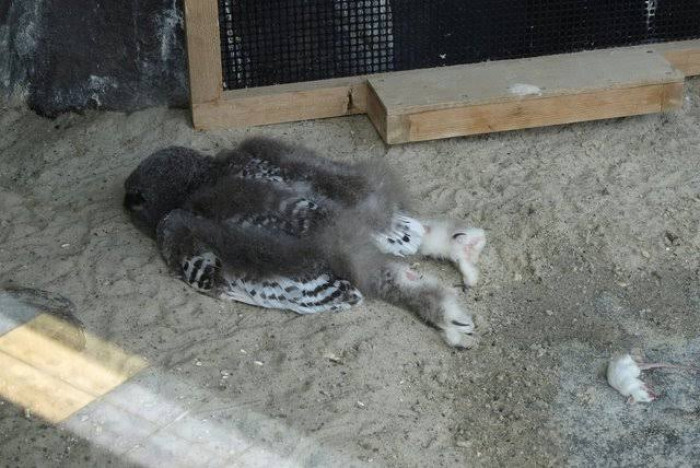 "He pouted like this and whispered under his breath for 5 minutes because I wouldn't let him chew on my phone case." 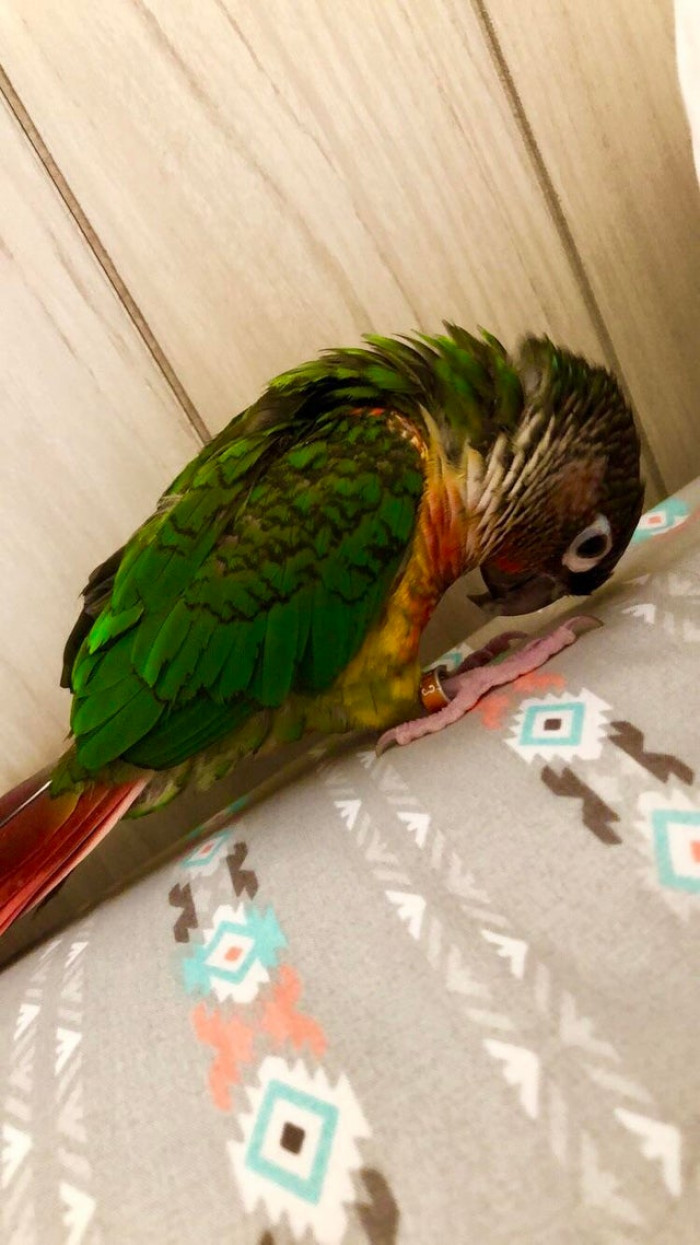 This is the cutest. 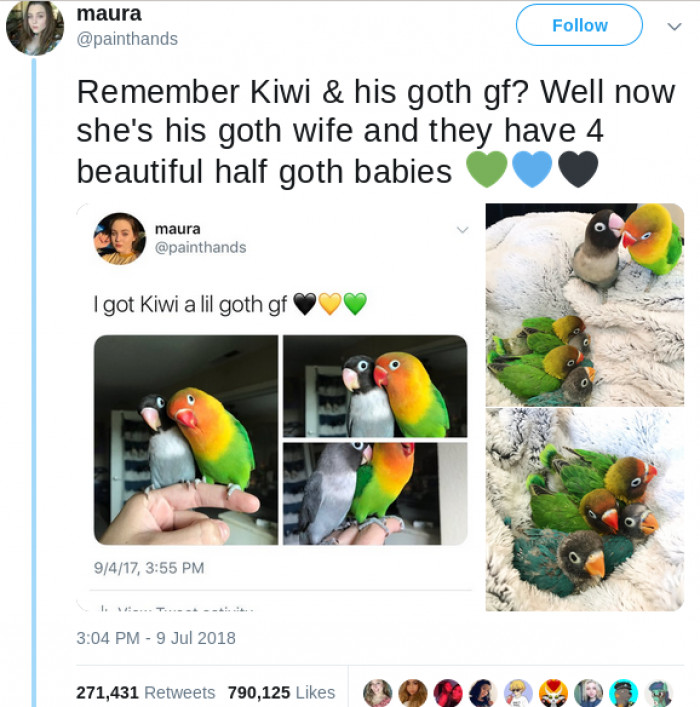 16. "I can never get a nice picture of them all together." 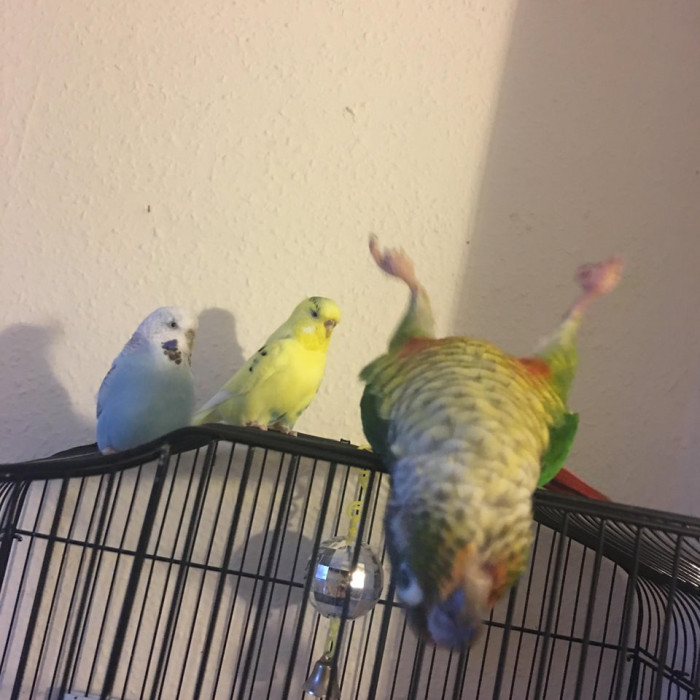 I'm sure this is some sort of omen. 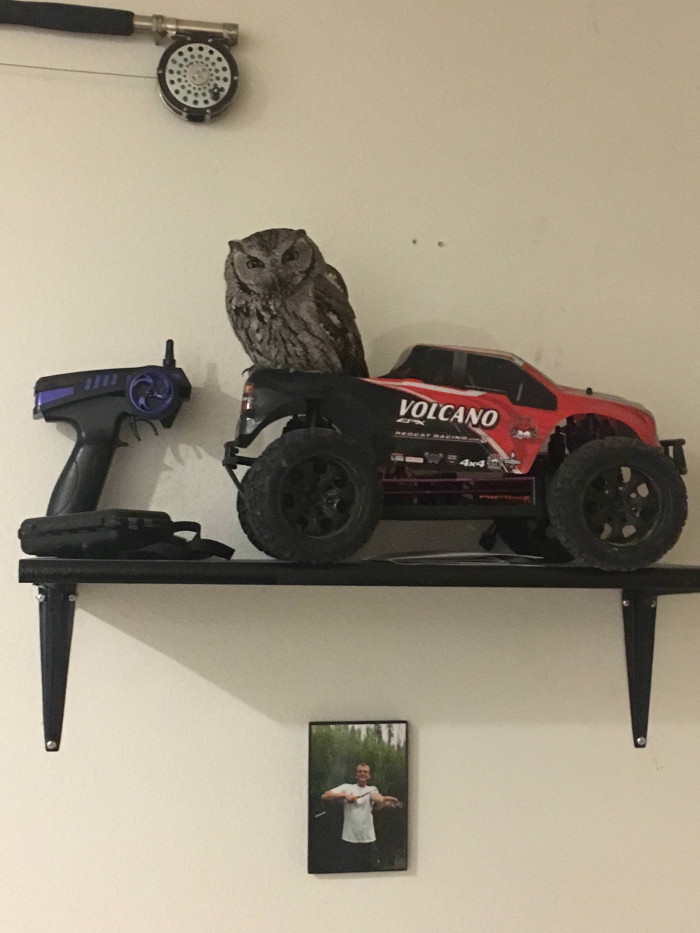 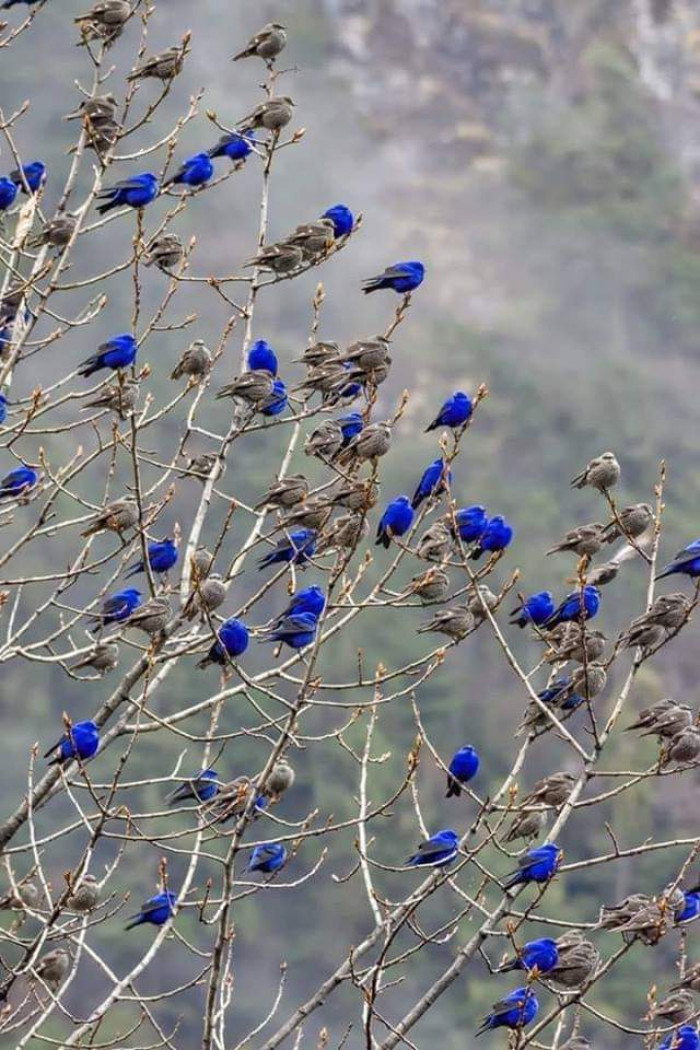 It fits, what a mensch. 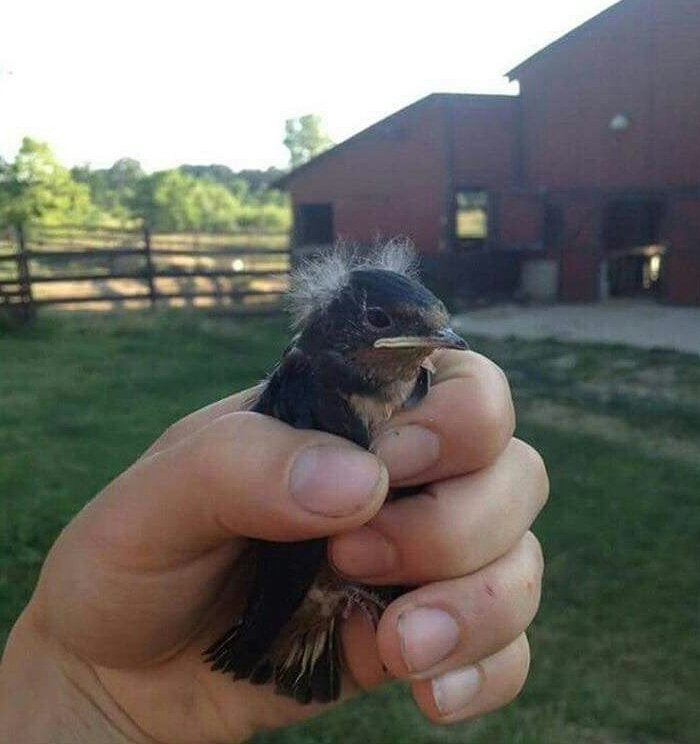