There's a reason we keep pets. They're our companions when no one else is. Our pets don't let us down, they lift us up. They make us smile and laugh, they comfort us when we're down, and they don't ask for much in return for their undying devotion. In fact, a lot of pets like dogs and cats are incredibly resilient to how awful humankind can be to animals. They persevere lovingly and affectionately when abandoned and abused. They forgive more than most creatures could ever imagine.

It only makes sense that our pets would be the center of our universes. What makes a little less sense are the copious amounts of weird freaking nicknames we bestow upon them. You think I'm kidding or exaggerating? You're in for a big (hilarious) surprise.

If my dog's name was Cooper, I would definitely call him Pooper-Cooper, or Coop The Poop. 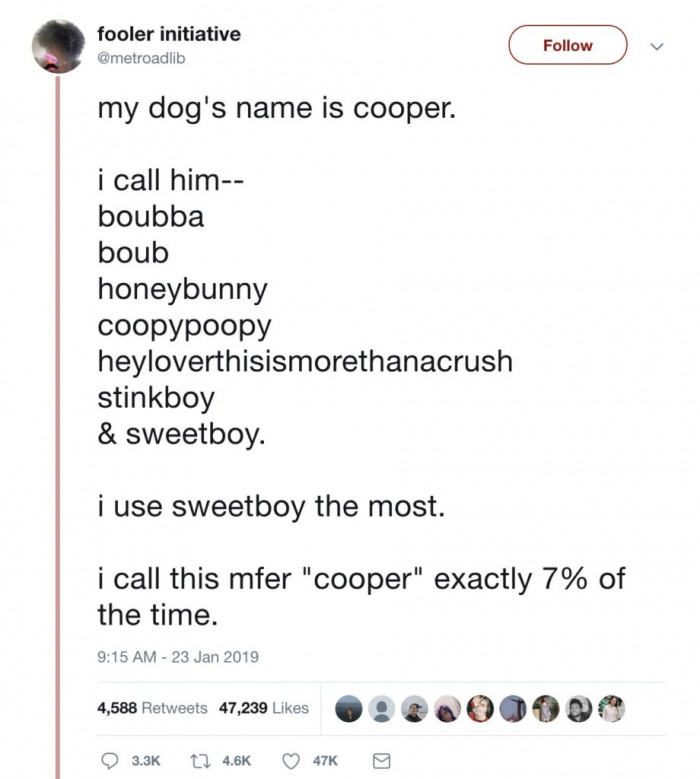 I have no idea how most of these nicknames make sense. 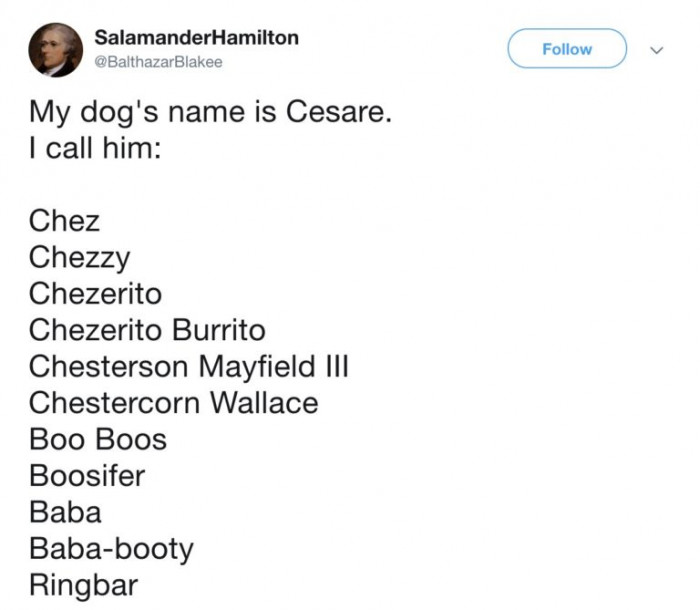 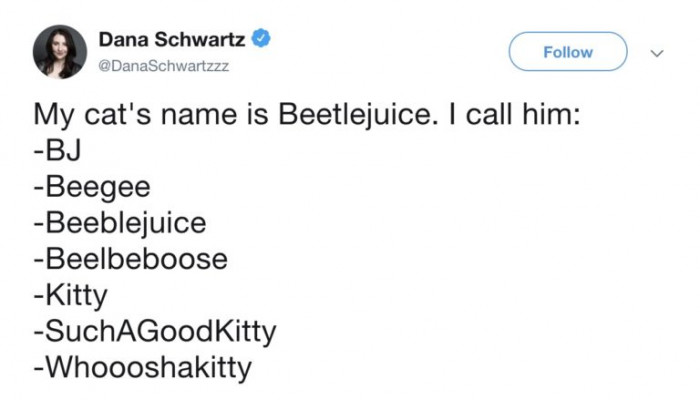 She is an awfully cute, little nugget. 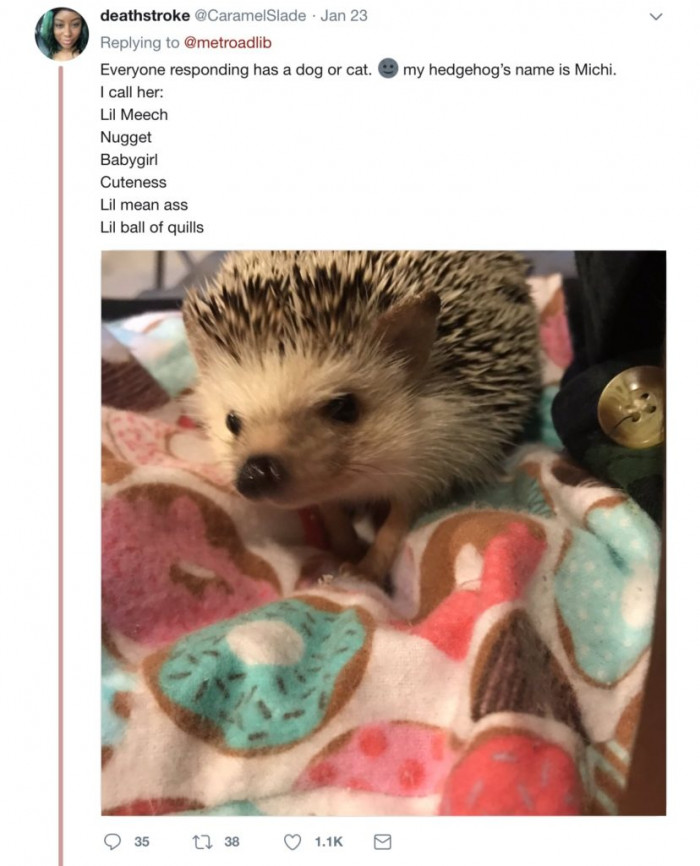 That's THE Noodle, to you. 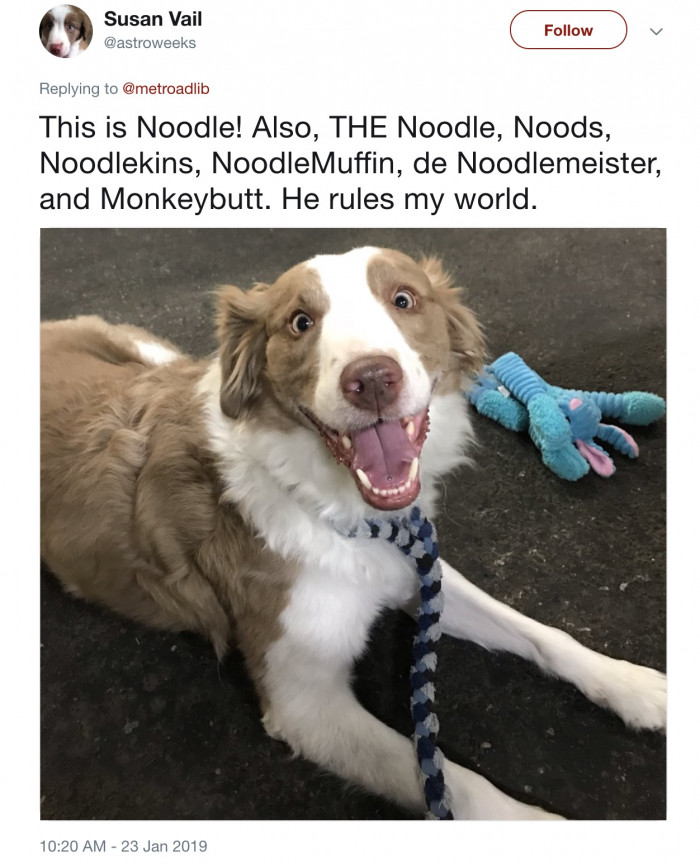 There are endless nickname possibilities with a name like Nugget. 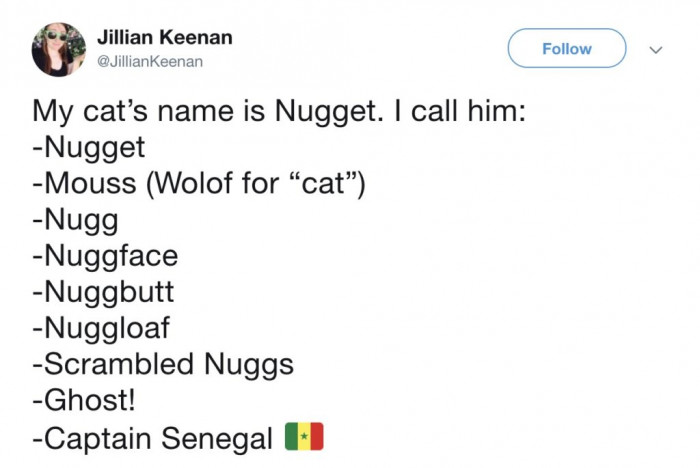 That last one is pretty accurate for pets. 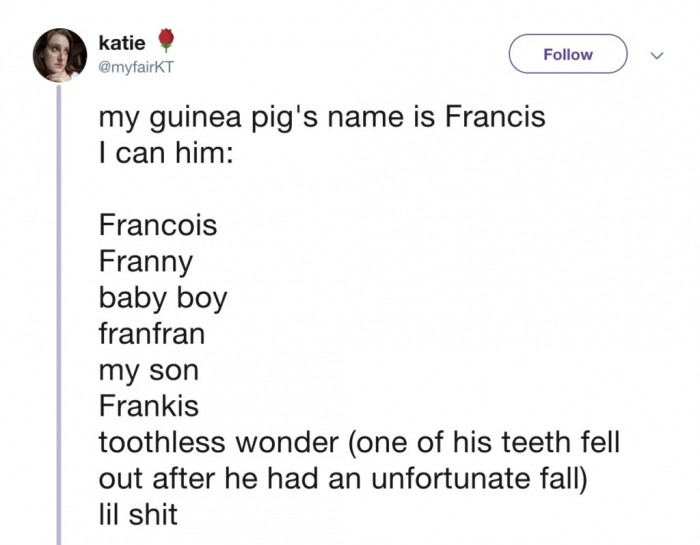 Where in the world is the cat named Diego? 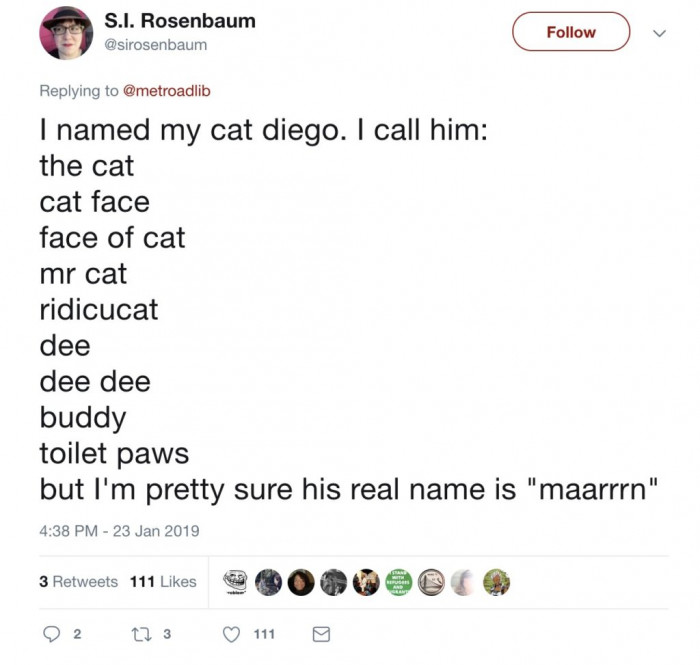 I wonder if the science behind pet nicknames comes down to:

the more simple the name, the more weird the nicknames? 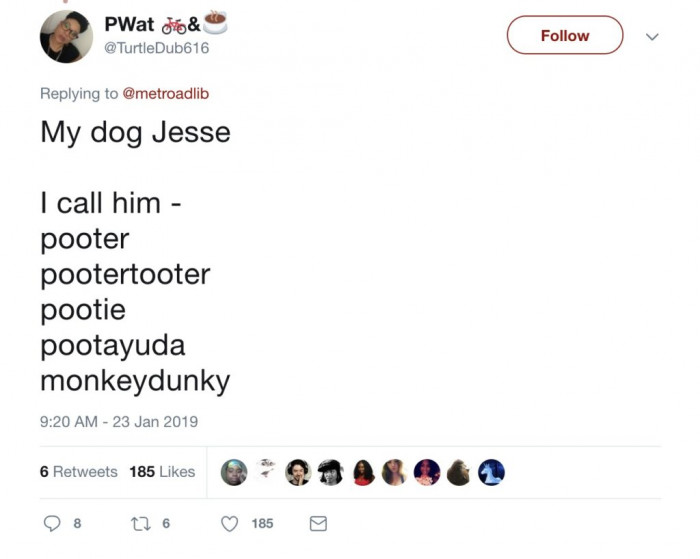 Okay, this is a very complex name with a lot of potential. I see the hooman used it well. 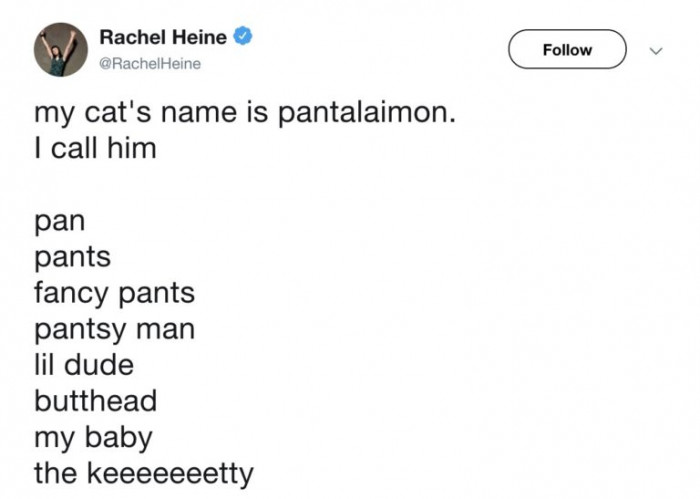 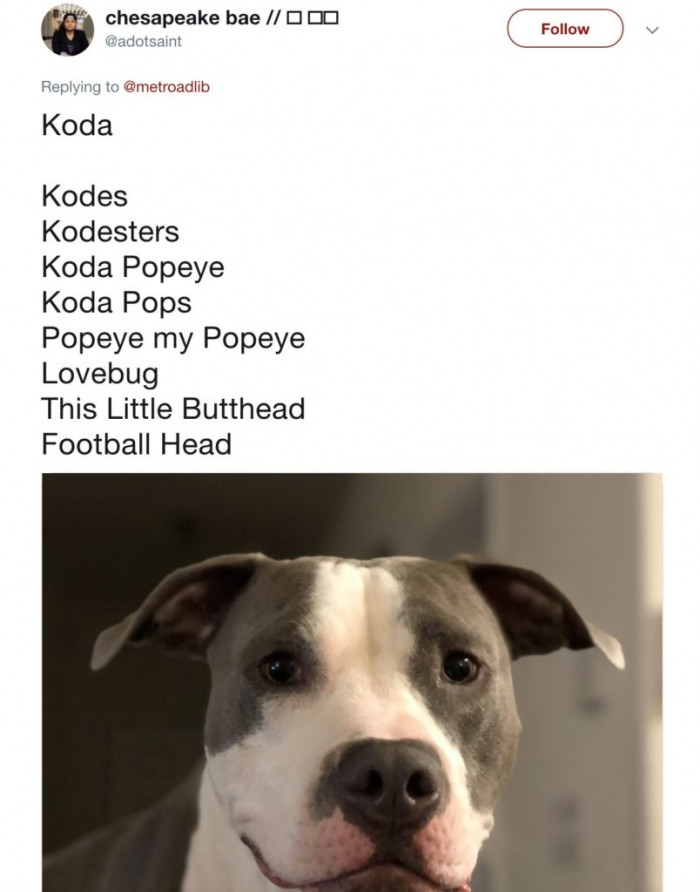 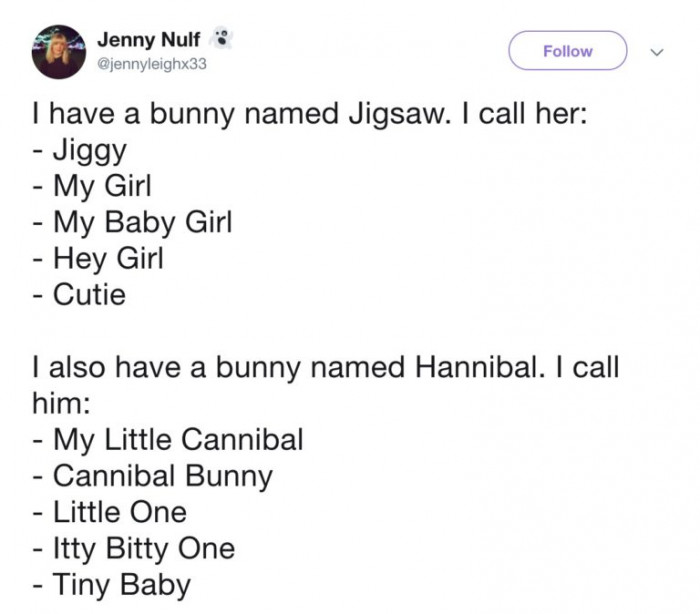 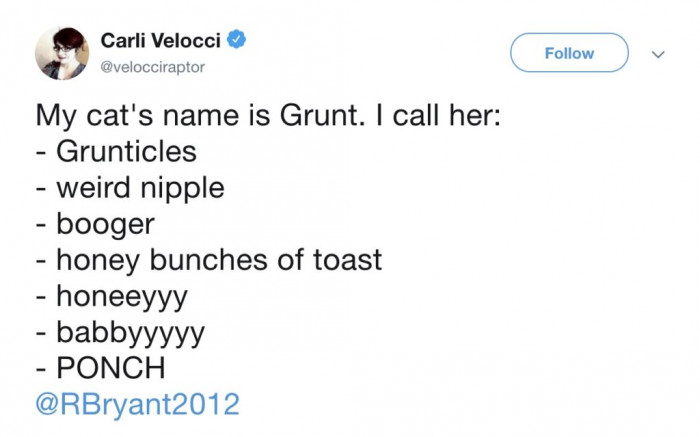 That last one especially... 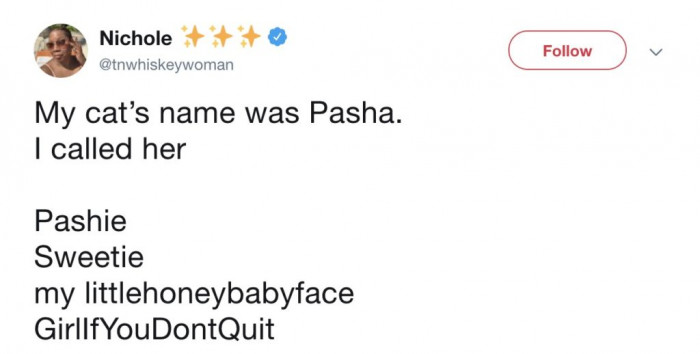 I'm a little obsessed with these particular pup nicknames. 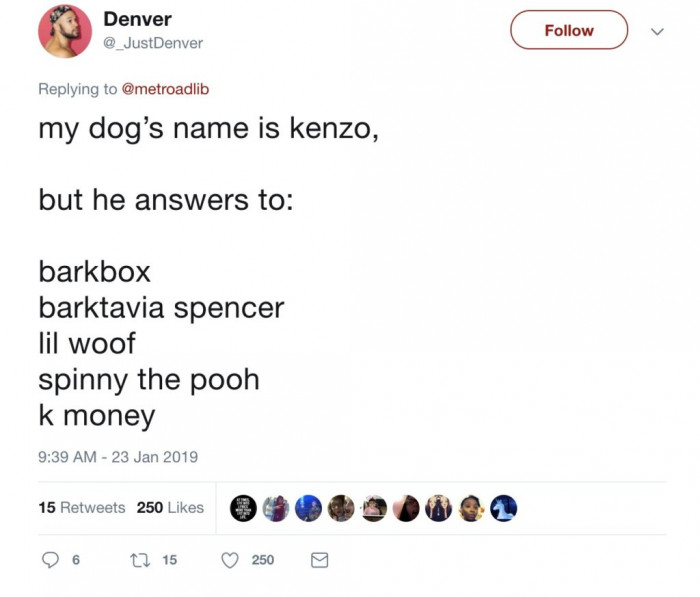 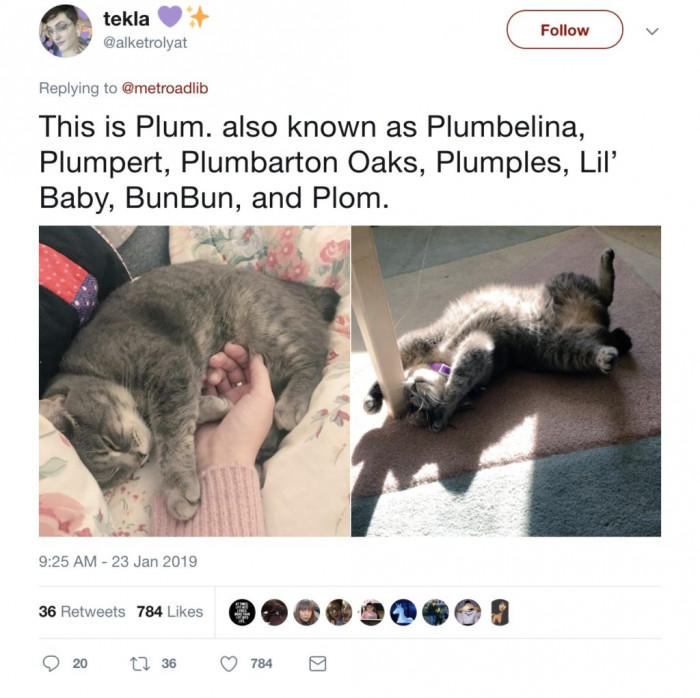