Mel Allen lives in Sydney with her dad. Living there, they have become pretty used to seeing giant size wildlife.

Still, there are things that take their breath away. One fine day Allen's father was in the backyard hanging the clothes on the clothesline to dry when he spotted a string that was silky and shiny.

Allen came out in the backyard when her dad called and she could not believe her eyes. She saw a huge spider web hanging between two large trees.

The Spider web was so large and in a perfect wheel-like shape of its silky thick strings. It all looked fake, almost like the ones you find at Halloween stores.

In order to better present the hugeness of the spider web, Aleen asked her father to act as a scale for her photograph. He stood next to it and the web was almost the same height as his.

“I was pretty impressed with the size of it, but also how near-perfect it was,” Allen shared. “But I was also slightly terrified thinking about how big the spider that made the web must be.” 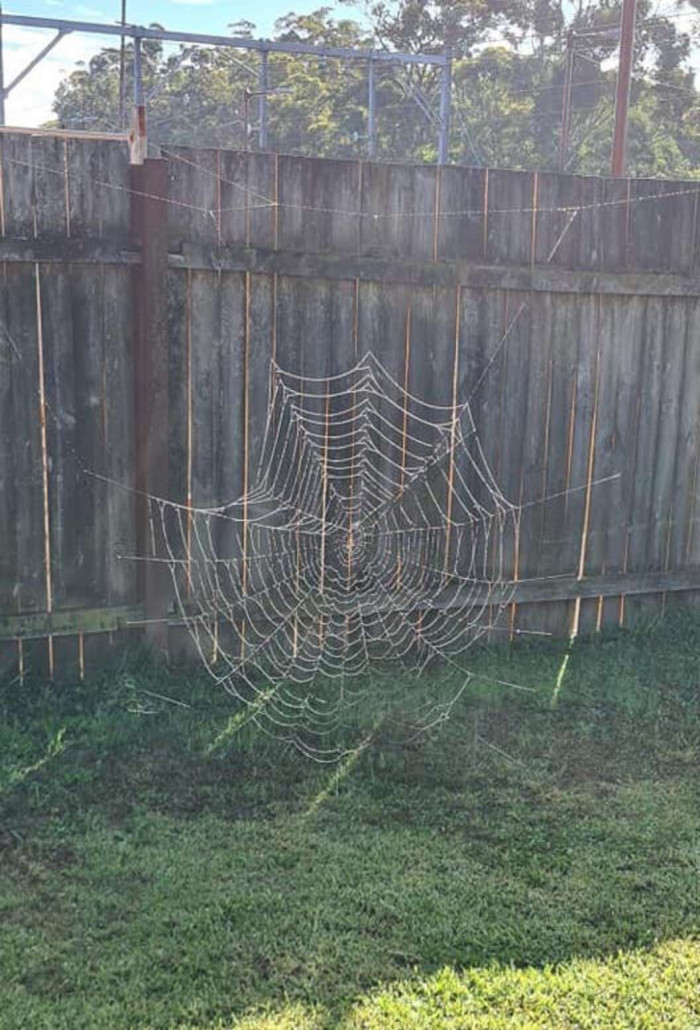 Allen was curious to see the artist of this web, the spider.

She had an idea that if the web is that big then the spider must also be of unusual size. After some searching in her dad's yard, she spotted the spider.

“I found the spider in question asleep on a curled-up leaf in one of the trees the web was hanging from,” Allen told. It was a female golden orb-weaver.

It is also called a banana spider or a giant wood. The spider was sitting in a quiet place hiding from the morning sun.

The male species of this type of spider is small in size. Its female is large with a body size of 1.5 inches and its legs are also 4 to 5 inches in length. 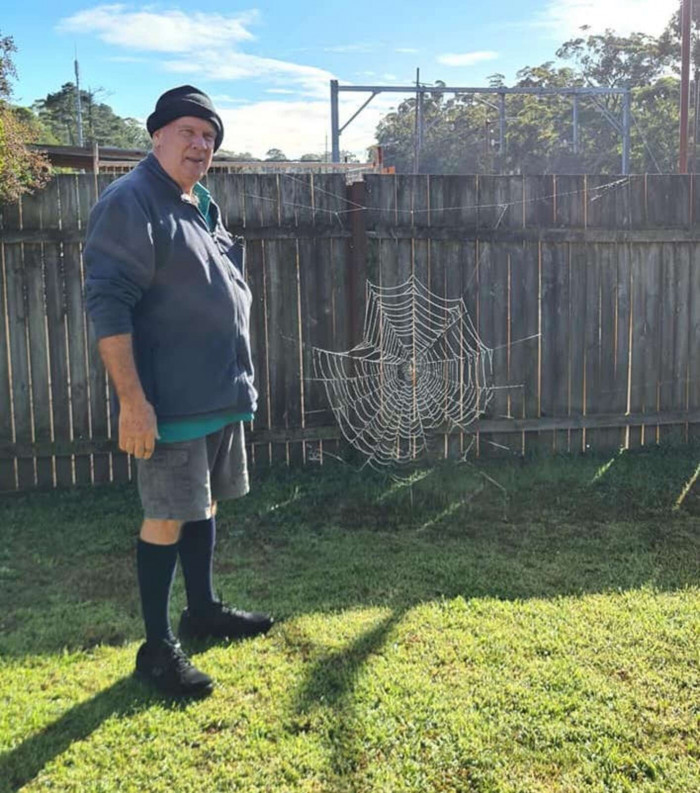 It only took her a night to build this large web and the choice of place was perfect for catching insects.

“The strong silk has a golden sheen. These spiders remain in their webs day and night and gain some protection from bird attack[s] by the presence of a 'barrier network' of threads on one or both sides of the orb web.” 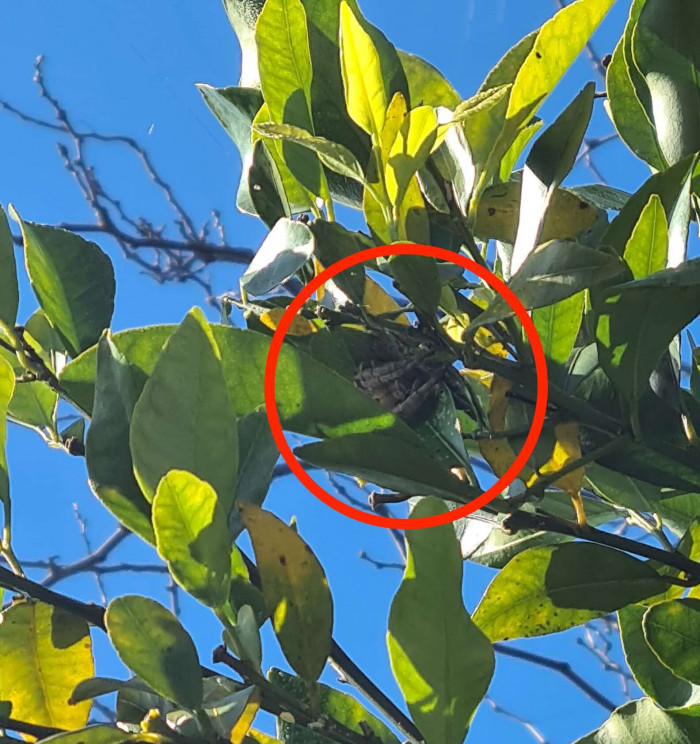 The good thing is that these golden orb-weavers do not cause any harm to human beings as they are not very keen on biting.

If they feel any threat, they just cause their web to vibrate in order to distract the threat. Allen's dad didn't mind having this large spider in his yard as the spider does not bother anyone.

So, he is happy to share the yard with it. 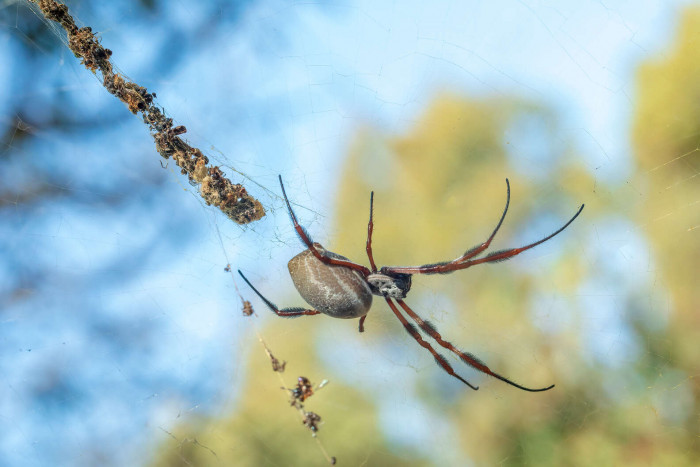