Because of our extremely busy schedules and stressful lifestyles, it's so easy to forget all the amazing things Mother Nature has to offer. Most of us can't even acknowledge our surroundings anymore, we spend our whole lives staring at screens and avoiding people, and that's honestly no way to live.

Thankfully, there's still some hope left because some people out there still have their priorities straight and somehow managed to find a way out of this confusing maze we're all stuck inside. One of those people is Mithun, an amazing India-based wildlife photographer whose work is honestly mind blowing.

Mithun is a huge fan of wildlife, especially big wild cats like leopards. He shares the majestic shots he takes on his Instagram and has managed to amass a following of more than 140,000 people.

Mithun recently shared a breathtaking photo of a leopard and black panther where the black panther looks like the leopard's shadow. 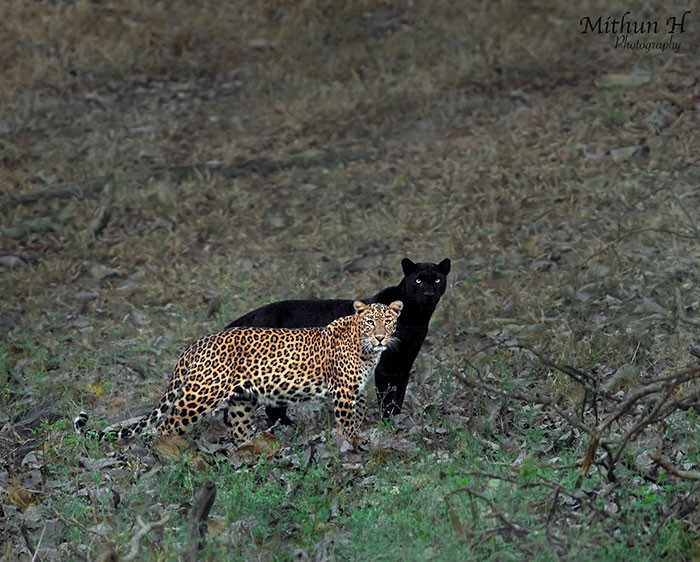 Being the person behind the camera while two magnificent creatures are intensely staring at you at the same time must be an insane feeling. This photo instantly went viral, considering how mesmerized and unique it really is.

Mithun chose to name this photo “The Eternal Couple”

“I can still close my eyes and relive that moment every single day of my life. You don’t see that often. Probably a once-in-a-lifetime opportunity,” Mithun told Bored Panda. “There was certainly a lot of waiting and patience that went into it. I had waited 6 days for this in the same spot since I could hear the panther and Cleopatra mating about 100 meters away in the thick undergrowth, but could not see them due to limited visibility. They had made a large kill and would not move until it was over. That is where the knowledge and years of experience of following and tracking the panther came in handy. I just had to wait at one of his favorite paths, since that was the place he would get her, since that was the edge of his territory, and this he did after 6 days. It was a fruitful wait, though. I could wait for 6 years for a moment like this.”

“The woods are mysterious, and to unlock that is my passion,” 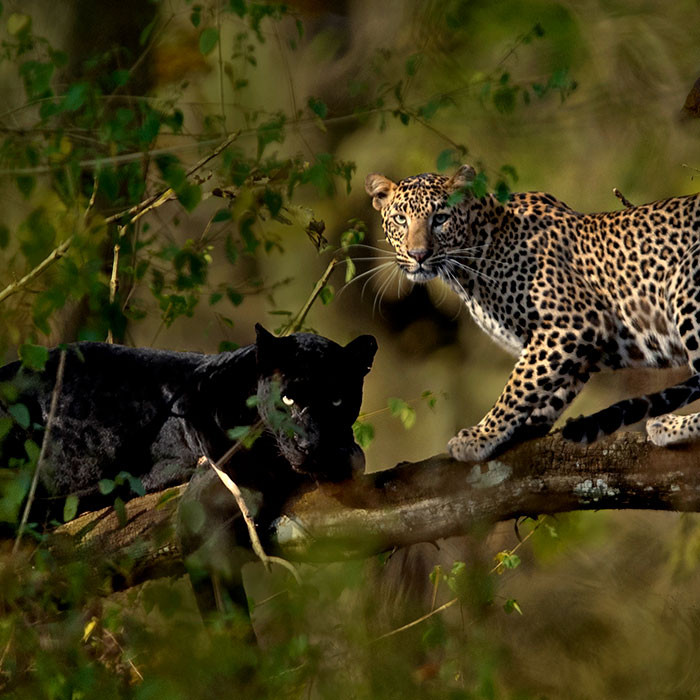 When asked about what he loves the most about wildlife photography, Mithun said this:

“The element of surprise. You never know what you are going to encounter at the next bend. The woods are mysterious, and to unlock that is my passion. You could be waiting for days and months and years for that perfect shot. But when it happens, those few seconds are magical, and to live for after all that time. That is the beauty of wildlife photography.” 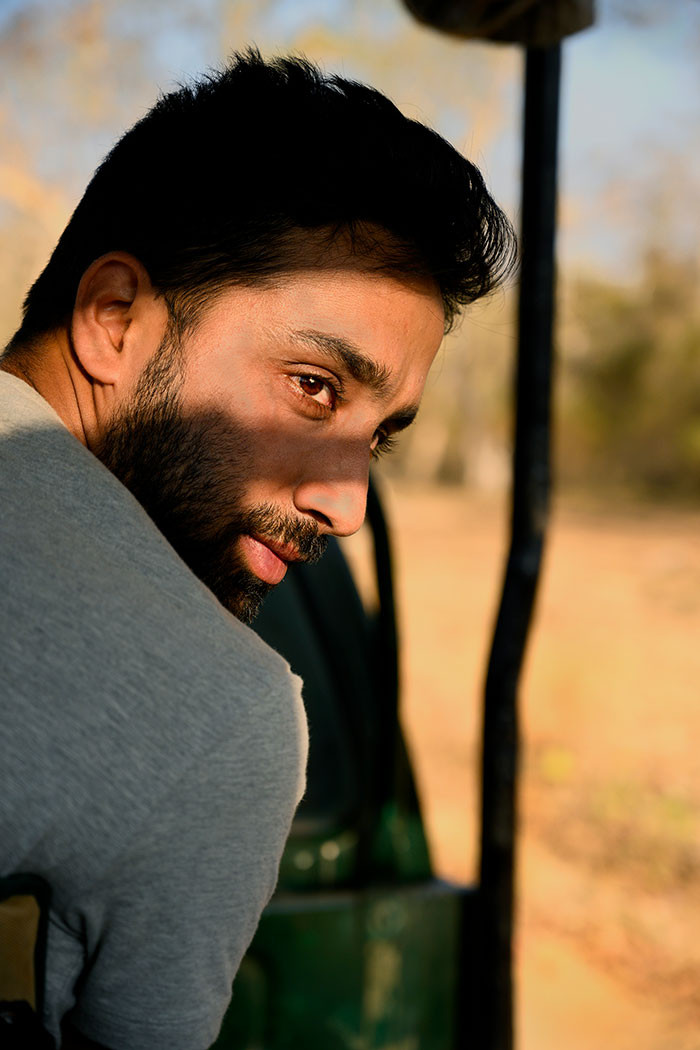 “Having been born and brought up in the jungles of South India, I always had a passion for wildlife and big cats from ever since I can remember myself as a kid. Photography was a means to immortalize the moments I see in the wild. Picked up my first camera in 2009 and was treated a magnificent sight of a huge male tiger swimming and wading through a flowing river with ease. That was the moment I decided my way forward in life,” the photographer told Bored Panda. 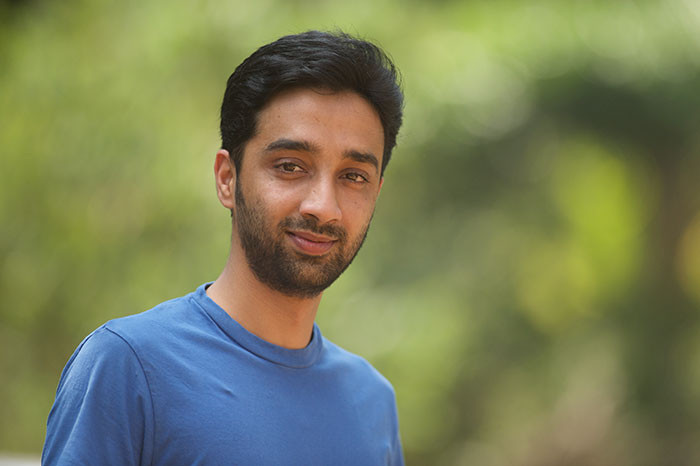 Taking pictures of big wild cats is something Mithun has a particular love for:

“Although I love every form of wildlife and love my birds as well, big cats were always a fascination from the beginning. Leopards, in particular, were my first love. The agility, the grace of this feline on the trees just fascinated me to no end.” 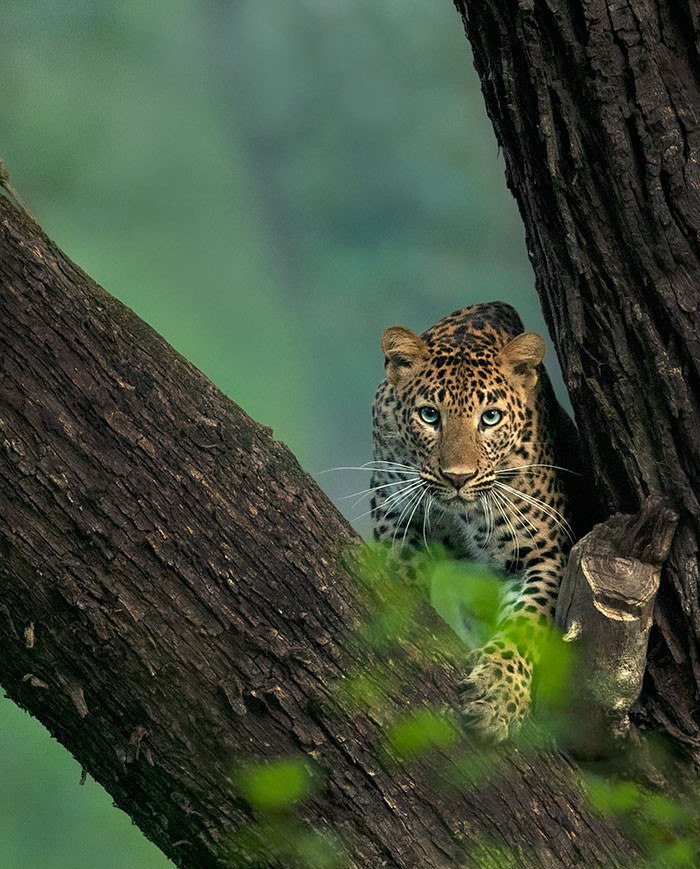 “I would spend hours watching them lazing on a tree with their little ones. Have named and followed their individual journey in Kabini for the last 12 years now. It all started with one of my favorite Leopards whom I called ‘Monk’ (a big male) and ‘Moon’ (the female), and their generation still going strong now,” the photographer told Bored Panda. 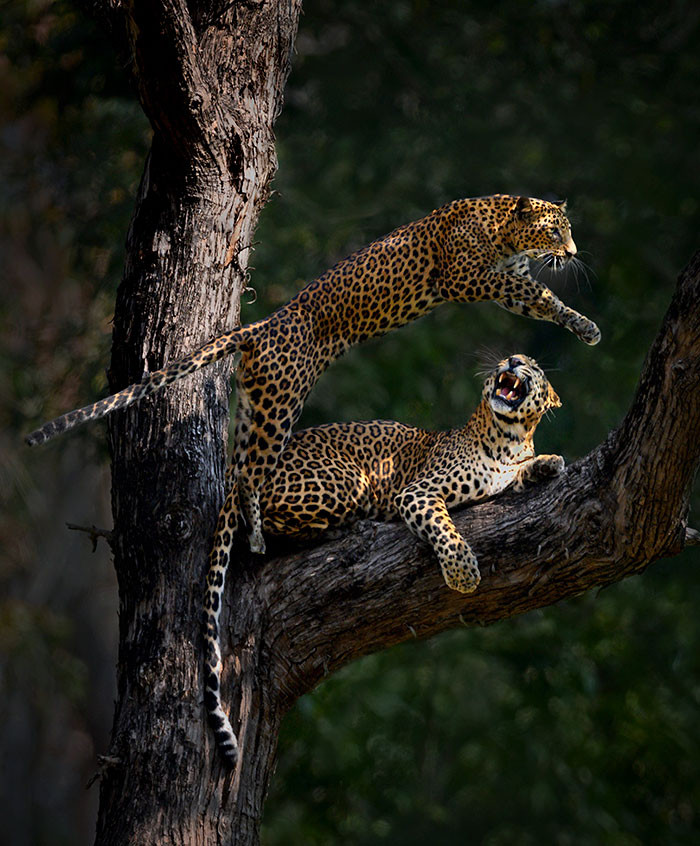 Wildlife photography seems like an extremely dangerous activity for most people. But here's how Mithun perceives it:

“It definitely has some dangers associated for sure. But if you know your limits and study animal behavior, which is the most important facet, then you have won half the battle. These beautiful creatures are generally more scared and shy than we think. Give them space and let them get comfortable with you and you realize how close and personal you can get with their world. The secret is patience and respect.”

When asked about which one of his works is closest to his own heart, Mithun told Bored Panda that capturing a leopard and her “shadow” panther definitely ranks higher than the rest.

“Then there is the panther drinking and his reflection in the water, which also went viral a couple of years ago,” 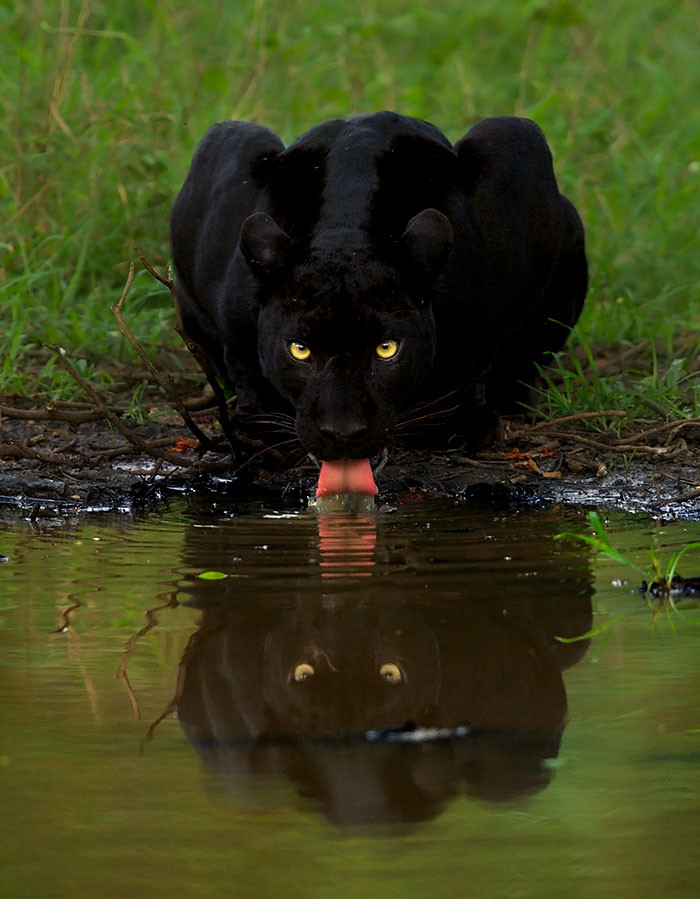 The last thing Mithun ended the interview with is: “Through my work, I want to support and help in the awareness and conservation of leopards. They are the most neglected of the big cats across the world and in danger because of conflict with humans on the edges of the forests. People need to realize the beauty and grace of this amazing feline and their very important role in the ecosystem.” 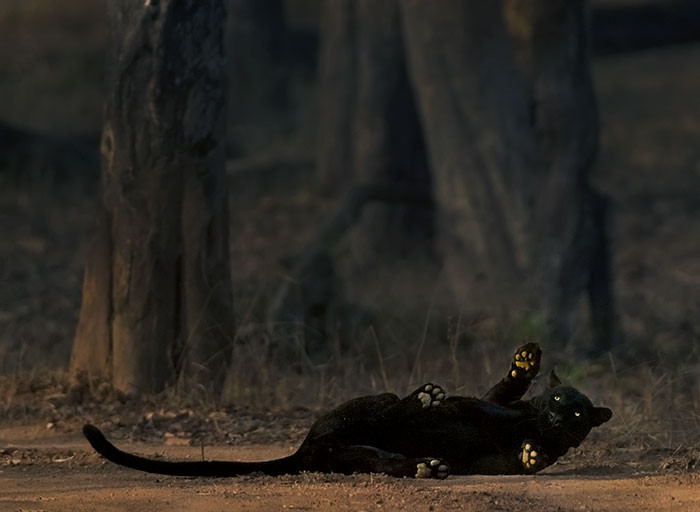 Here's how people reacted to these amazing shots: