When Paul Koch was preparing his breakfast last month he noticed something unusual in his pool. Right on the deep end, a large female moose was taking a swim while all wrapped up in the solar cover. That's when he immediately knew that she was in deep of some help.

Ever since the COVID-19 outbreak started, Koch started noticing more wildlife around his Ottawa home. However, he had never seen an animal as impressive as a moose.

Koch didn't waste any time and immediately rushed outside to pull the solar cover off the curious animal. The moose continued paddling around in the water and had no trouble swimming.

“We’ve lived in this house for 40 years, and this is the first time I’ve seen a moose this close to the city,” Koch said. 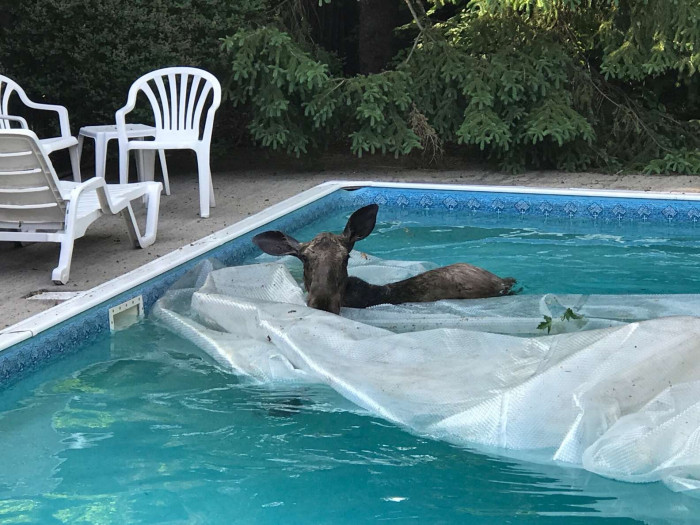 “I looked out in the backyard and there’s this moose absolutely panicked and struggling,” Koch told The Dodo. “She stepped on the solar blanket and put her foot through it and got all tangled up and she was desperately trying to get free.”

Moose are known adept swimmers, they spend a significant amount of their time in the water — especially when they want to graze on underwater plants during the winter. They can even hold their breath for almost a whole minute by shutting their nostrils.

The moose seemingly couldn't figure out how to escape the pool. Koch was forced to call the wildlife services and police so they could help the poor moose.

“She looked so forlorn out there that my wife said, ‘I want to give her a hug,’” Koch said. 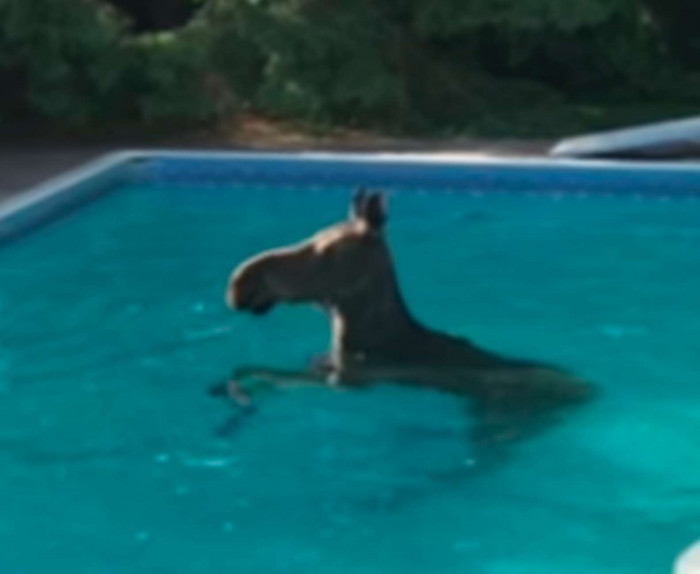 The wildlife services workers hoped they wouldn't need to tranquilize the helpless moose to help get her out of the pool, but they will never able to do it until she's finally out of the water.

Thankfully, it turned out that all the moose needed was a little bit of extra time to free herself up. 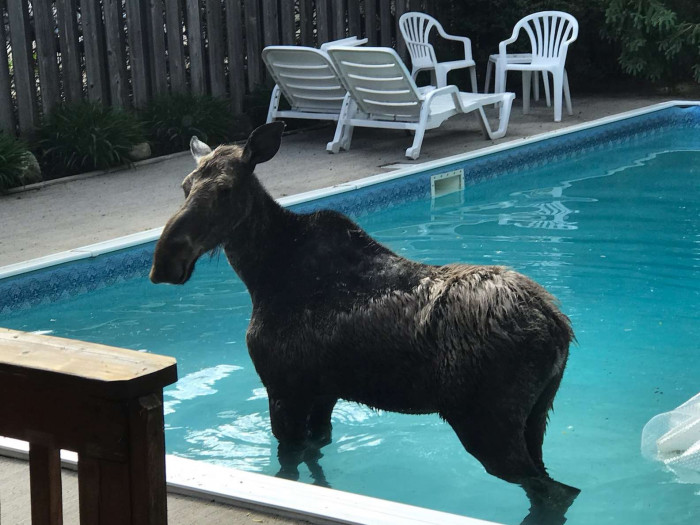