Unusual Cat Photo Is Practically What Nightmares Are Made Of

Meet the cat, Willie-Jean. She's an adorable ktty with the sweetest, most loving personality her family could ever hope for in a cat companion.

But recently, one of Willie-Jean's owners (AKA cat care takers,) captured a photo of the cat that was, well, rather unflattering, to say the least. You see, Willie-Jean just happened to strike a very awkward pose, awkward even for a cat, just as her photo was taken.

The sweet cat was hanging out with her family, Tiffany Miller, and her daughter, Sydney. Willie-Jean was sitting on the kitchen windowsill when something caught her attention.

Whatever it was led the cat to strike the random, and somewhat terrifying, pose. "We looked over at her, and she had her head turned upside down like she was looking at something," Miller said.

Sydney took the photo of the cat, not realizing the result would be "literally what nightmares are made of." 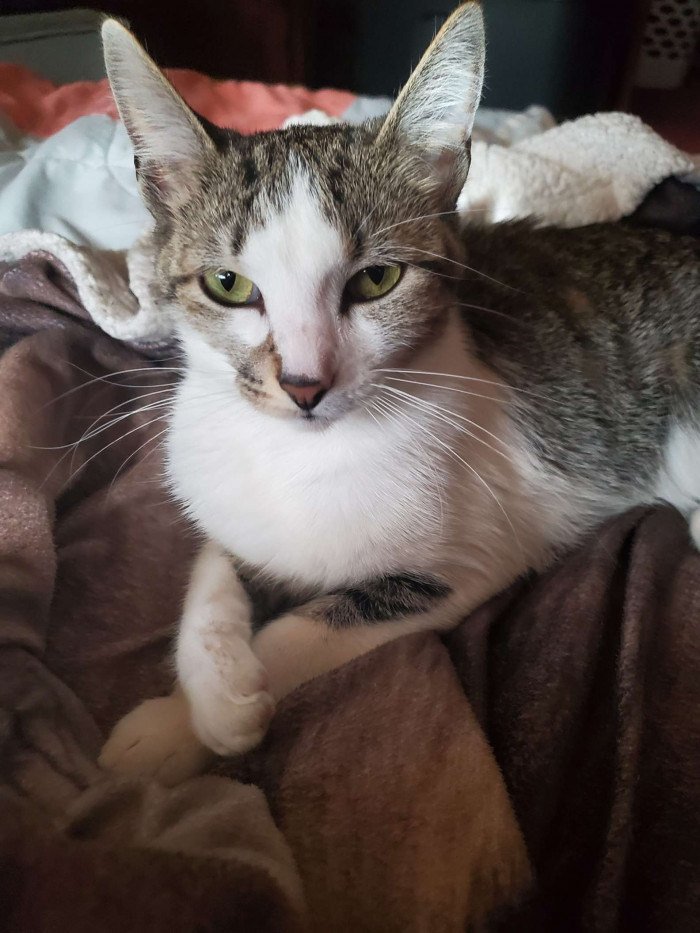 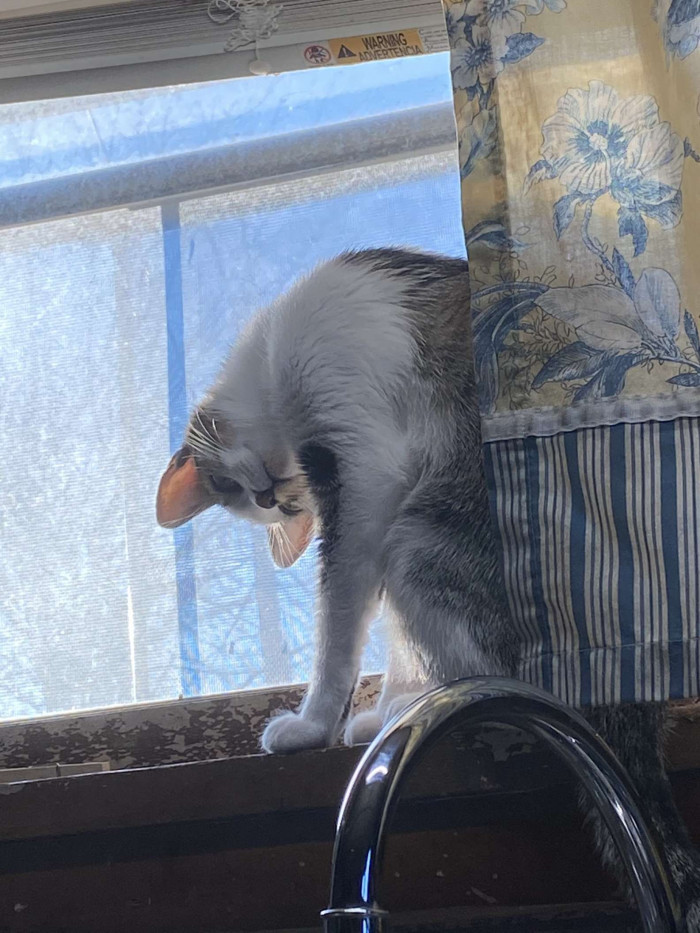 "It was very random," Miller said. But thankfully, Willie-Jean returned to her usual, angelic self, quick smart.

Poor Willie-Jean has no idea about the photo, let alone the fact that it's gone viral on the internet! But her human family think she wouldn't mind. Cats are like that. 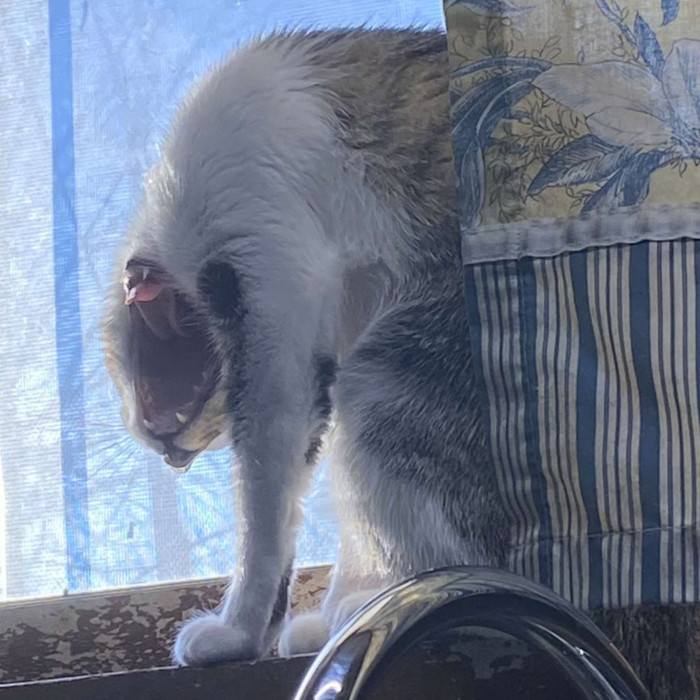 "She's a little diva, honestly, so I think that she would enjoy it," Miller said. "She's my girl. A true mama's girl."

Really, what cat isn't a diva, though? 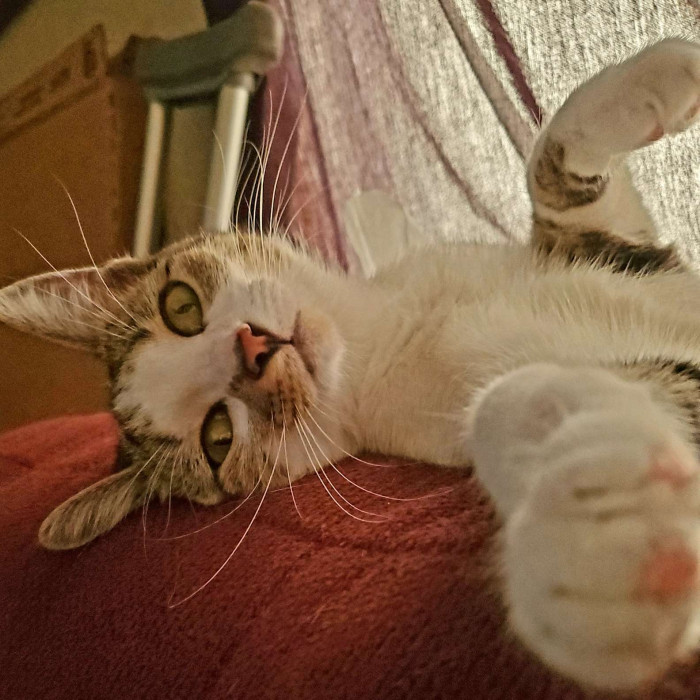