Would you know what to do if you ran into a massive, 1,200-pound adult grizzly bear while hiking? Play dead, yell and wave your arms, trip your bestie while running away?

While the US National Park Services has officially advised against sacrificing your bestie during a bear encounter, they shared a handy PSA on what and what not to do if and when you encounter a bear.

From NOT running and NOT climbing trees to NOT pushing down a slower friend, their advice is both practical and relatably funny. And I’m pretty confident that we’re not biased in thinking so.

A jaw-dropping 55K Facebook users love their brand of sharing useful advice with some comedic flair. The National Park Service has beautifully curated its fanbase with its information, humor, and beautiful pictures.

They’re very active on both Facebook and Instagram, with 1.6m and 3.8m followers respectively. The Park Service accounts have been praised repeatedly for having a great sense of humor.

Matthew Turner, the brain behind the silly captions and wisdom on the National Park Service’s Facebook, Twitter, and Instagram shared in an interview that they use a “safety with a smile” approach when it comes to educating people.

“Our goal on social media is to educate people as we welcome them, showcase the best of what the parks have to offer, while also encouraging visitors to recreate responsibly, respect park resources, don’t get too close to wildlife, and take time to enjoy a park,” Matt explained.

In order to get this information across, “we often infuse a little ‘safety with a smile’ as a way to package information in a more engaging and entertaining way.” While many of the public might not expect silliness and humor from a government agency, Matt believes “it grabs their attention and gets them thinking.”

Keep scrolling for some important Bear Safety Facts, and a nice chuckle. 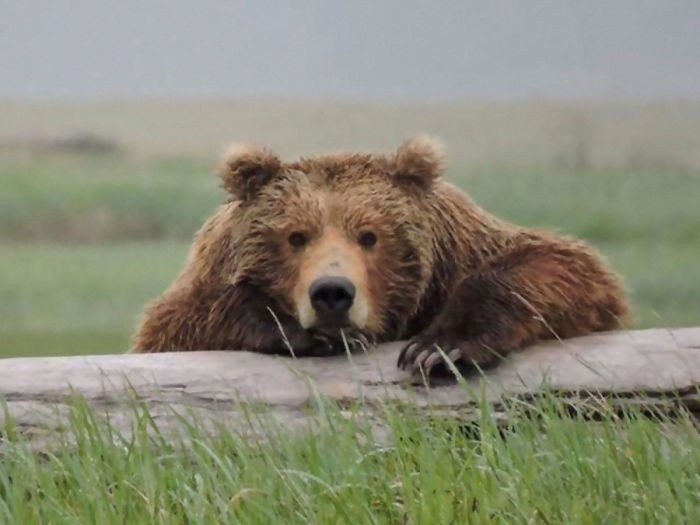 The straight into the nitty gritty 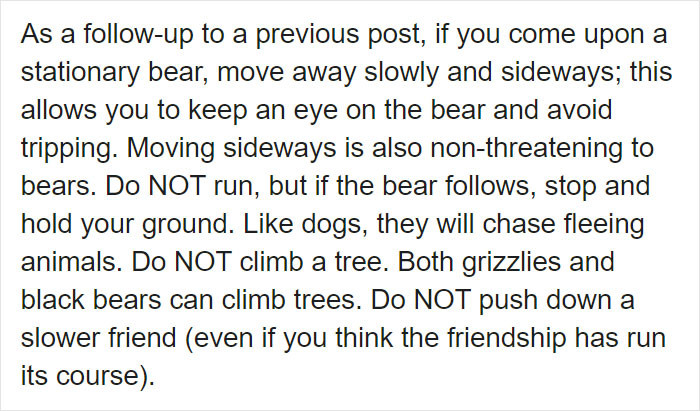 They run down some simple tricks in the instance you come across a bear in the wild. Move away slowly, and sideways, so you can keep an eye on the bear and not trigger their instincts to chase prey.

They continue with crucial information about black bears and grizzlies: They climb trees! So, trying to evade one of those bears by climbing a tree is less than a great idea.

And of course, don't push a friend, even if the friendship has run its course. Bears usually just want to be left alone, so if you identify yourself as a human, and not prey, they'll typically leave you alone.

The best way to let them know you're people is to use your voice since apparently bears DGAF about our opposable thumbs or ability to wave. And to note that while extremely intimidating, a standing bear is usually only curious, not threatening.

And a silly send-off to close out the thread! 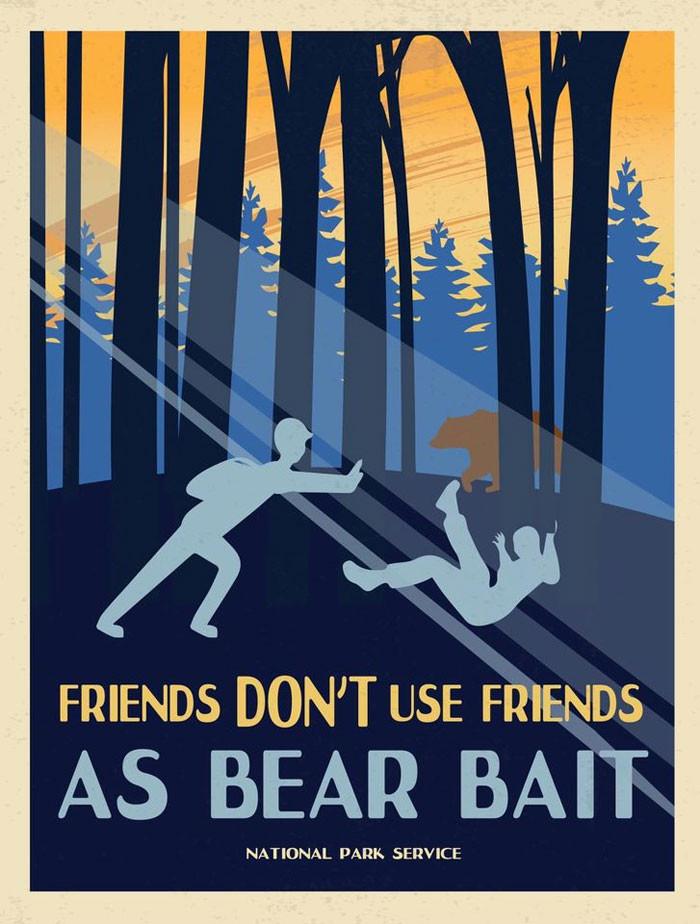 This isn't the first time they've highlighted the importance of friendship 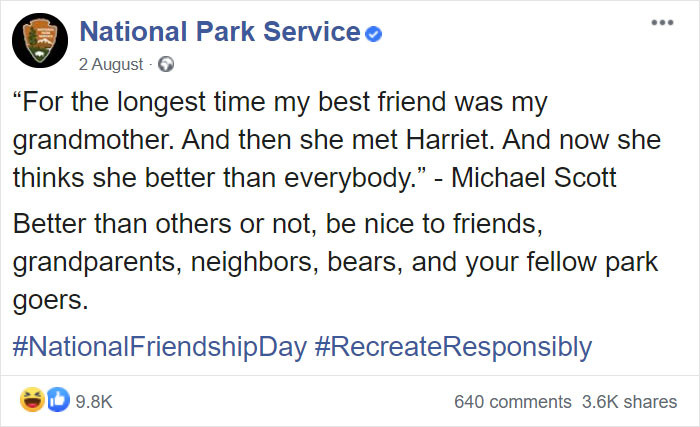 Facebook users loved their use of humor alongside information

Bears are increasingly common in some suburbs

Being able to bear witness is a treasure

Matt shares his thanks, as the "bait" of his friend group

Their Dad obviously had outdated advice

NPS DOES keep the world a happy place

Appreciation of the effort that goes in to educating and amusing

Erin shared what we're all thinking

Round of applause for their social media team

The clarity we didn't know we needed

No matter which National Park you explore, visitors should be prepared for any sort of wildlife encounter. Matt explained: “While seeing a bear, bison, moose, or any animal in the wild is an exciting moment, it is important to remember that wildlife in parks are wild and can be dangerous.”

Wild animals are unpredictable, and while it’s rare, humans have been attacked before. “Being vigilant and knowing what to do in such encounters is the most important thing to remember,” concluded Matt.

The clever social media specialist also invites readers to check out more general bear tips here. You can find more of the National Park Services’ signature sense of humor on their Instagram, Twitter, and be sure to check out their fun collection of safety graphics shared on Facebook.

Share this with a friend you definitely wouldn’t (or would, you do you) knock over after running into a bear.