The Creighton family loves spending time at the beach, and that goes for their beloved dog, Lucy, too! Lucy loves the beach, especially because it's the perfect time and place for her to play with her favorite toy: a tennis ball.

Not just any tennis ball, either. Lucy has a favorite tennis ball and it's truly her most cherished possession.

Ponder, if you will, the physical item that means the most to you in this world. Now, imagine that object being snatched in the middle of your enjoyment of it by an octopus!

That's exactly what happened to Lucy and her ball at the beach her family frequents in South Africa.

"Octopuses meet every criteria for the definition of intelligence: they show a great flexibility in obtaining information (using several senses and learning socially), in processing it (through discriminative and conditional learning), in storing it (through long-term memory) and in applying it toward both predators and prey."

According to the Smithsonian, dogs "can understand up to 250 words, interpret human emotions, and even pull off crafty tricks when trying to score a snack."

And! According to biogeoplanet: "There's a strong likelihood that an octopus is as smart as your average dog. Research has shown that the brain capacity of a giant Pacific octopus is roughly the same as that of a dog. In fact, octopuses like to play with dog toys!"

Surely Lucy didn't know any of this when her path crossed with an octopus that fate-filled day. 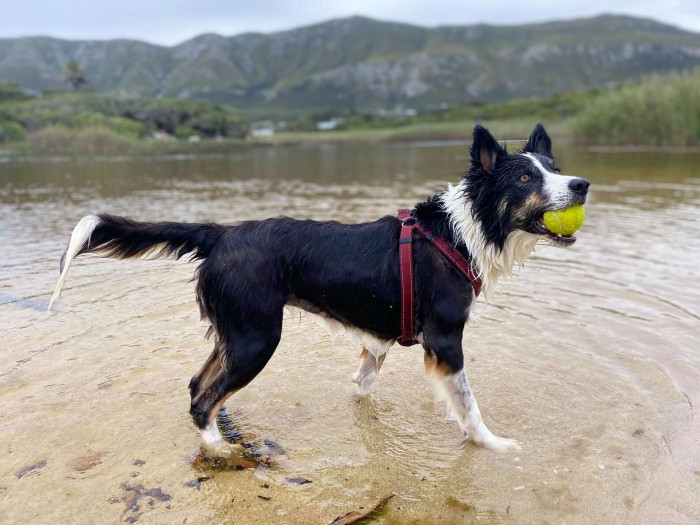 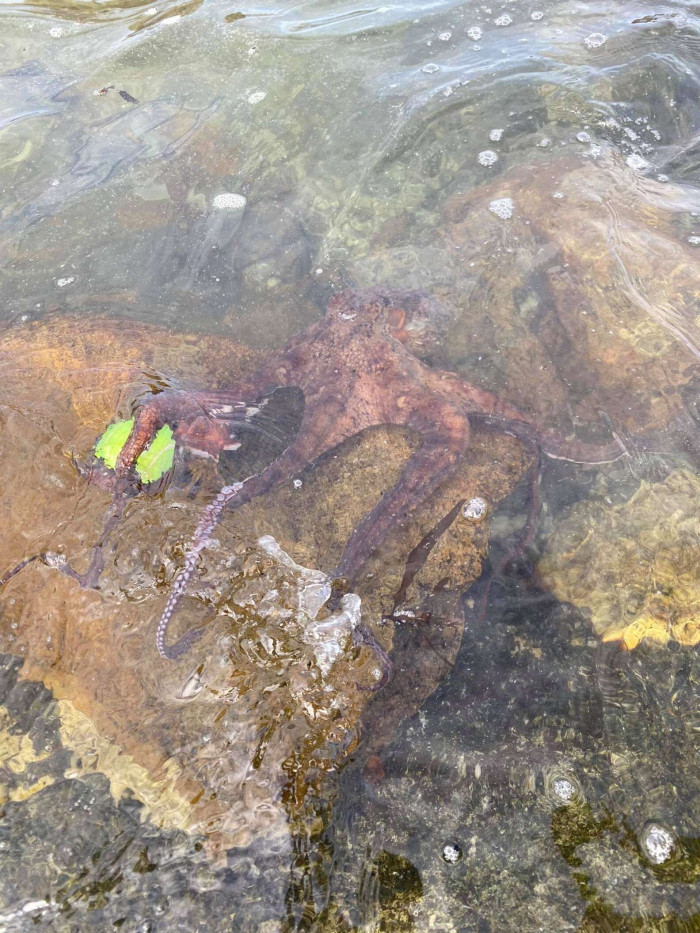 Stunned to see the octopus, Lucy dropped her ball.

"All of a sudden we saw [the octopus] grabbing the ball. I think my reaction was the same as Lucy’s! I’ve never experienced anything like it. This was just next level!" 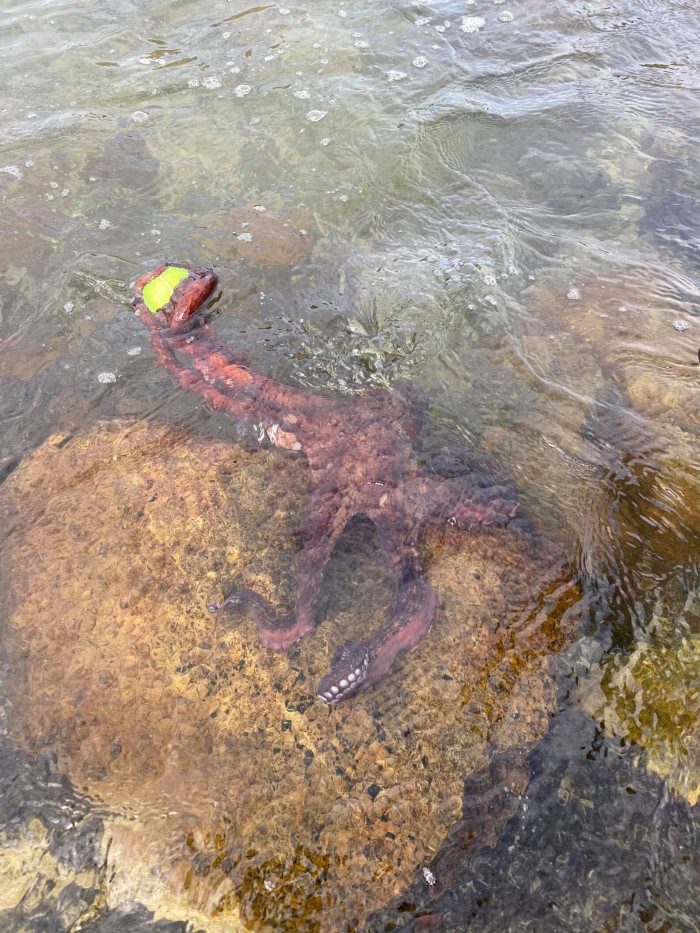 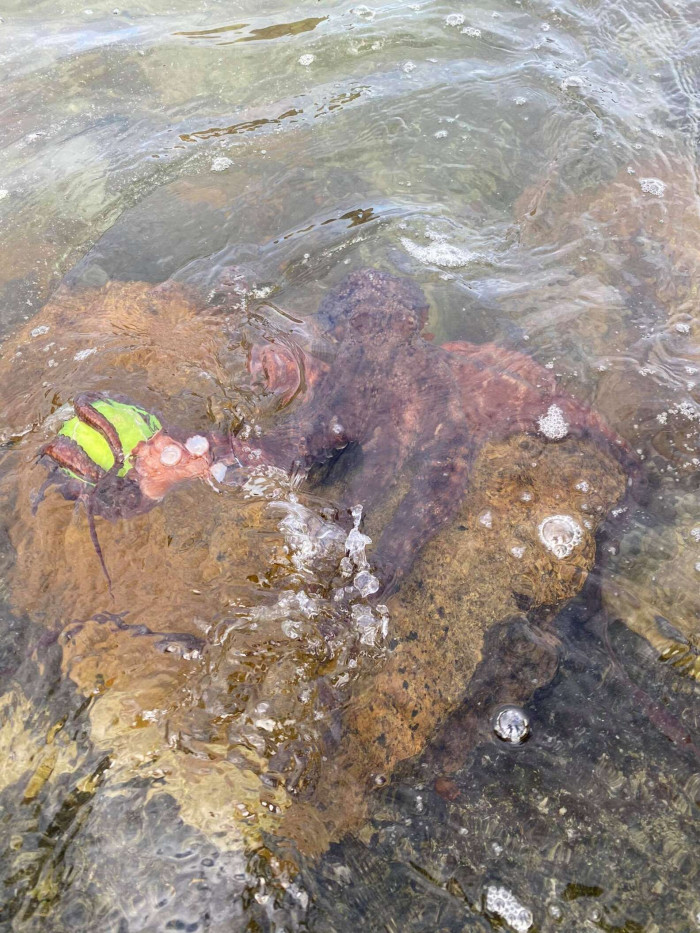 "He wrapped his tentacle around the ball and disappeared! We stood there for about 20 minutes, hoping the ball would surface, but no luck. It was gone!"

"She is such a gentle soul," Creighton said of his precious pup, Lucy.

Thankfully, Lucy was largely unbothered after her tennis ball disappeared to the depths with the octopus. 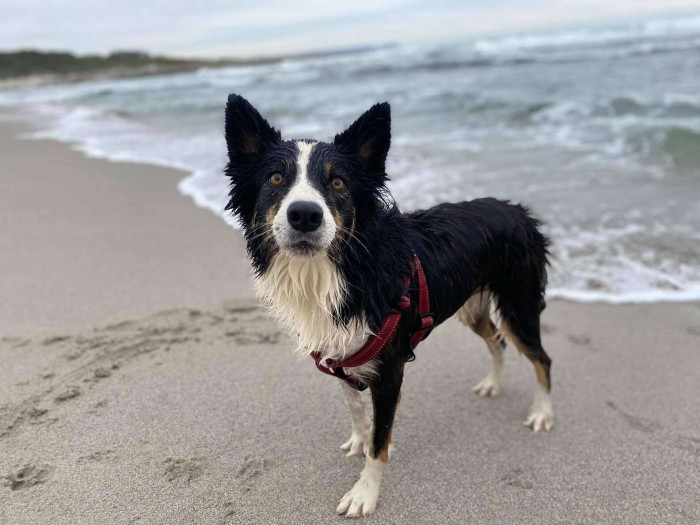 Maybe we don't know for sure what the fate of the tennis ball truly was in the grip of the playful octopus, but Lucy certainly lucked out:

"She was back in the water the next day with a brand-new ball!"