When a family in Florida heard what they thought was a woman screaming for help coming from their neighbor's house, they did what anyone would do and called the police.

Not long after, several officers arrived to investigate the situation, which revealed a much more innocent explanation than they were expecting. You see, when the officers approached a man in the driveway, who was doing some work on his car at the time, the man laughed and calmly offered to show them the source of the screaming.

Intrigued, the officers waited. And a moment later, the man returned with Rambo, his very much loved yellow-naped Amazon parrot.

The man told the officers he has had the 40-year-old bird since childhood. 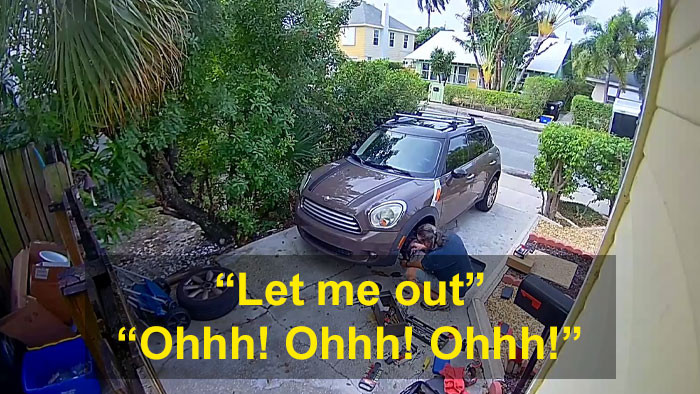 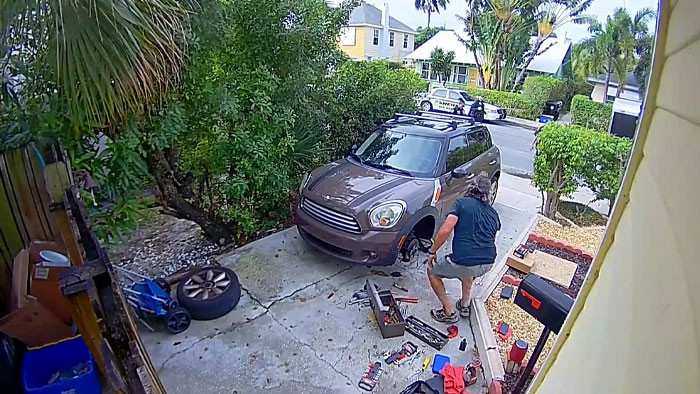 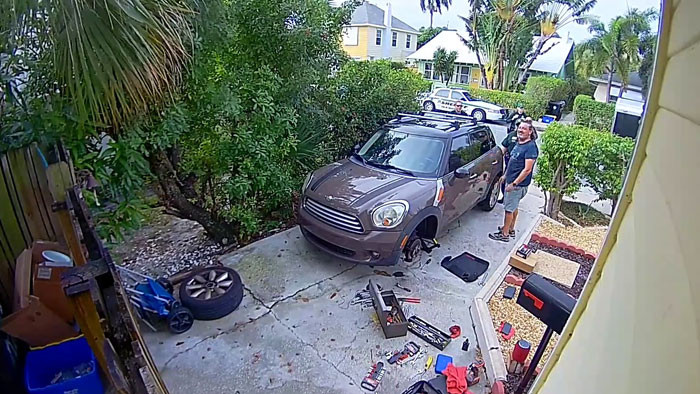 He said that, as a child, he taught Rambo to scream for help as a way to annoy his parents. Of course, he didn't realize at the time what a problem that could become in the future. 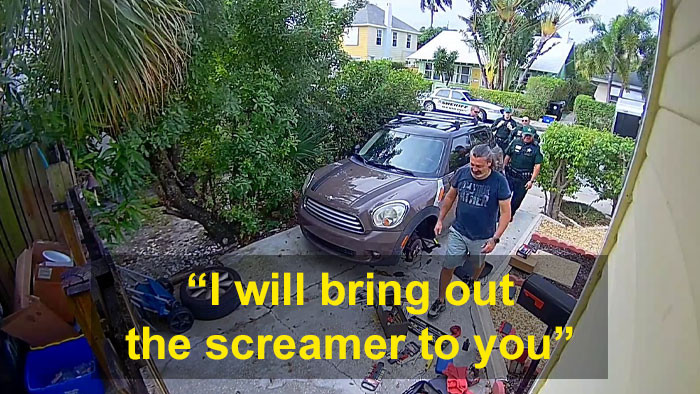 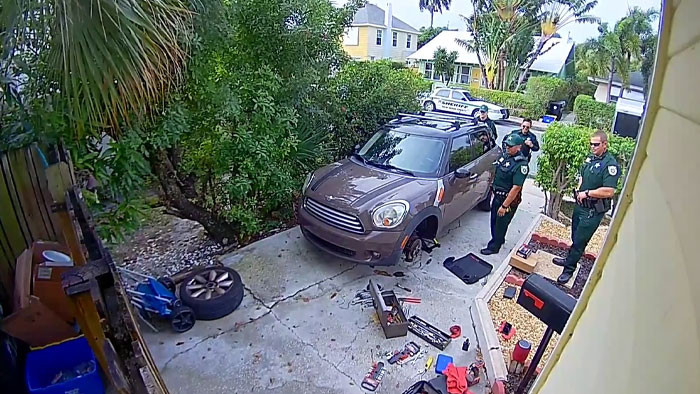 Amazon parrots are extremely popular pets due to their talent for picking up speech. The birds can live for more than 50 years, and love to attract attention. 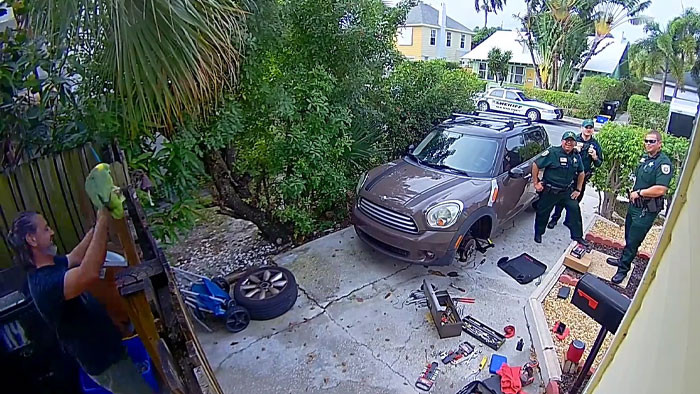 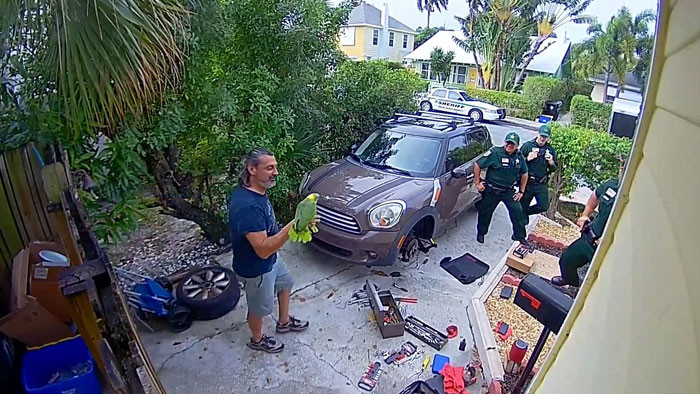 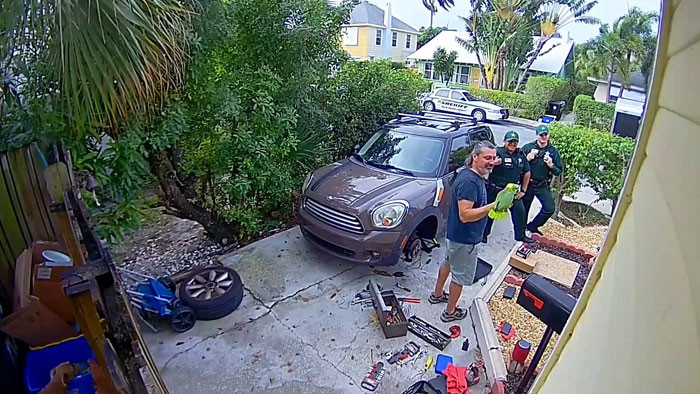 Rambo was more than happy to show off his vocabulary to the officers, and later on, to the local news crew who came to interview him. 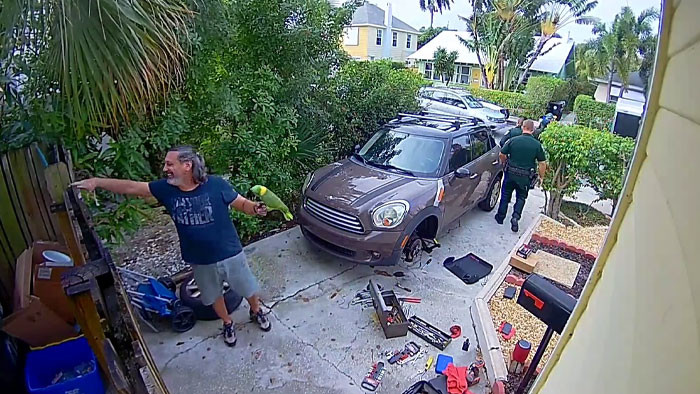 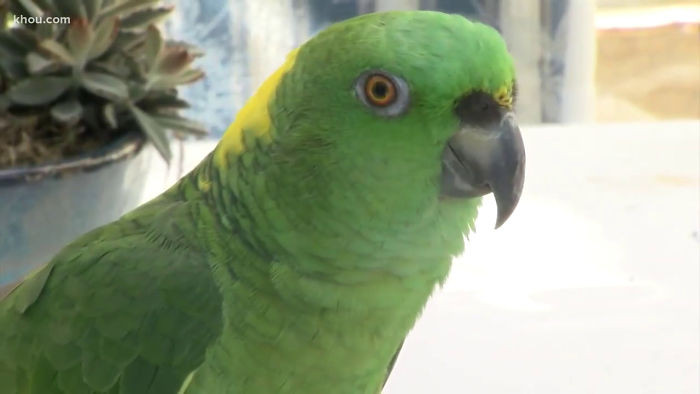 Rambo's owner has since taken him around the neighborhood to introduce him personally and explain his antics to avoid any future confusion. 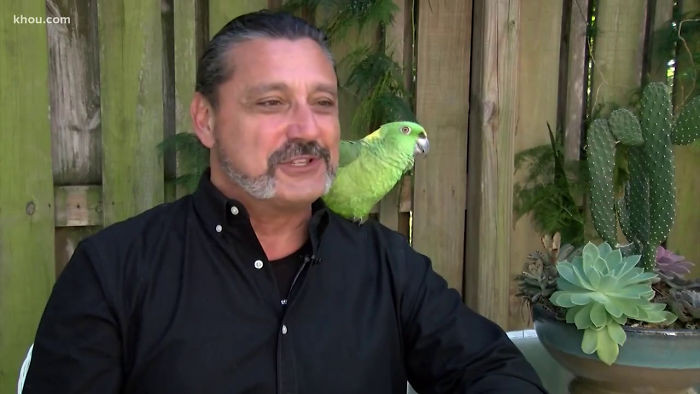 Here's what people had to say.