Pets and babies. This is such a wonderful category that combines the cutest stuff that you can find anywhere in the world. But it's not just cute. There is so much more in their relationship, and cameras can't really capture it in full.

Dogs are loving creatures, and they can't hide their feelings. When you combine those strong feelings with a natural protective instinct, you get the best guardian that any child could ever have. And it's not just a phrase - animals can't lie. When they look like they love someone, they really do. And that's the reason we love them so much. They are true friends.

Dani Fernandez asked people to share pictures of these beautiful relationships, and the photos came pouring in. We know that these babies will have a wonderful childhood with their best friends and guardians around. 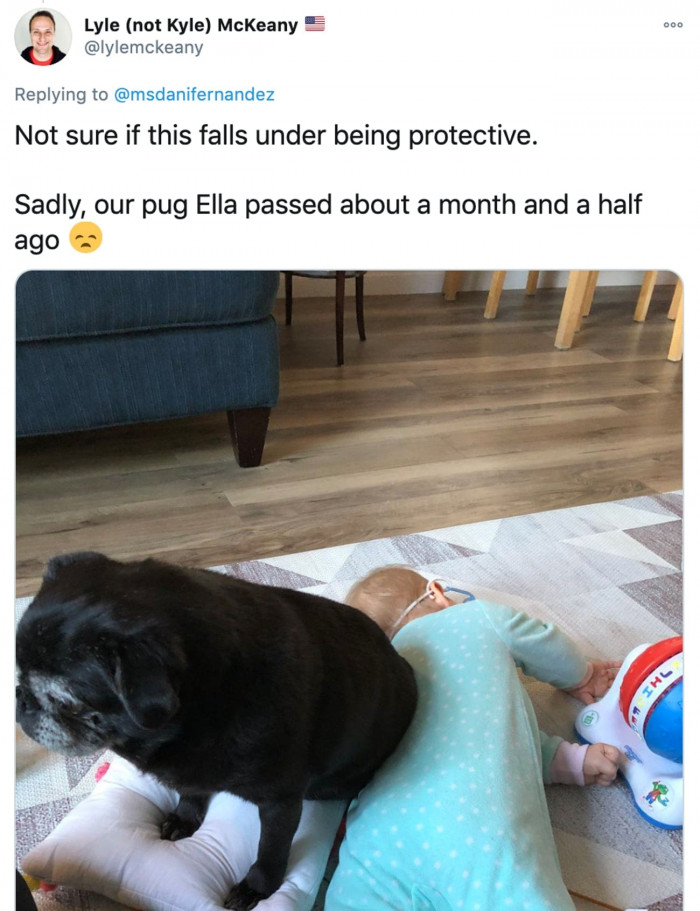 This old dog was a nanny to babies and puppies alike pic.twitter.com/xFmlu3LTVK

Shuri is still a little too excited and rowdy but she loves her baby sister and is always looking at/for her pic.twitter.com/1tXeOsgIaI

Oooh I like this! Here's Aurelia and Walter high-fiving to the beginning of a sort of aloof relationship. pic.twitter.com/sraTmJxX87

My dog is in love and obsessed with my nephew. pic.twitter.com/WyY4wvVU0c

And one more for good measure, but in this one my pup is sleeping on the job. pic.twitter.com/JHOYxi9XpK 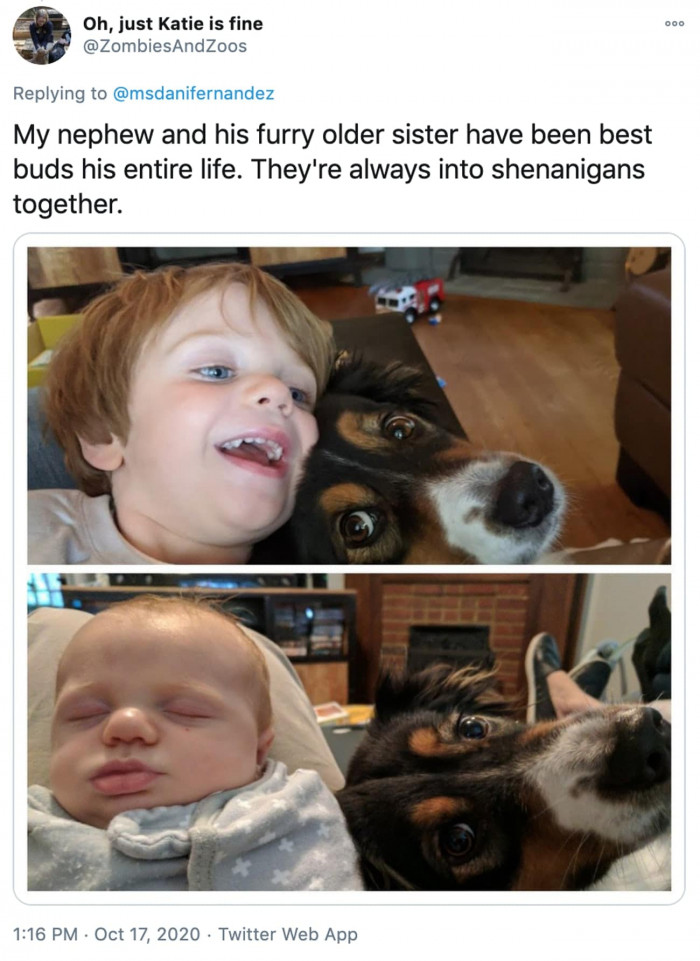 This is Smudgie & he was absolutely the BEST cat for 18 mo triplets. He LOVED them from the moment he met them & could sit in the middle of a girls' slumber party with kids cartwheeling over him and not even flinch. Lost him too soon due to asthma and the steroids to treat it pic.twitter.com/5fCB4G9iwg 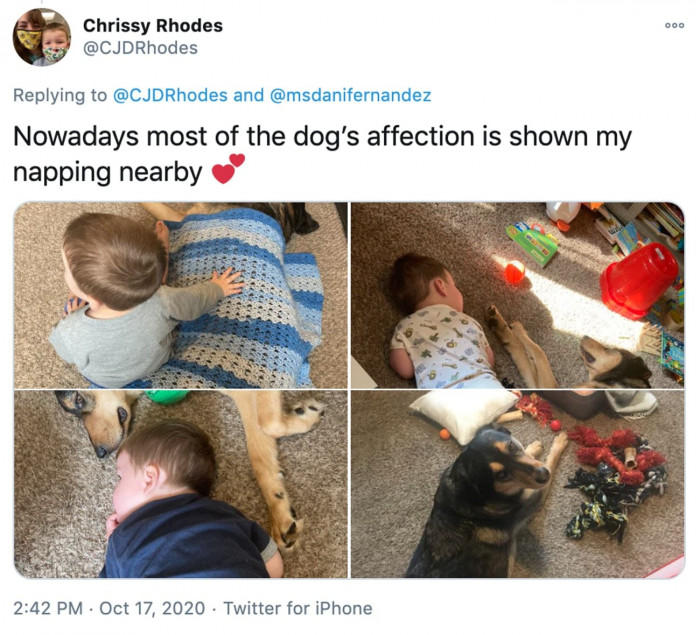 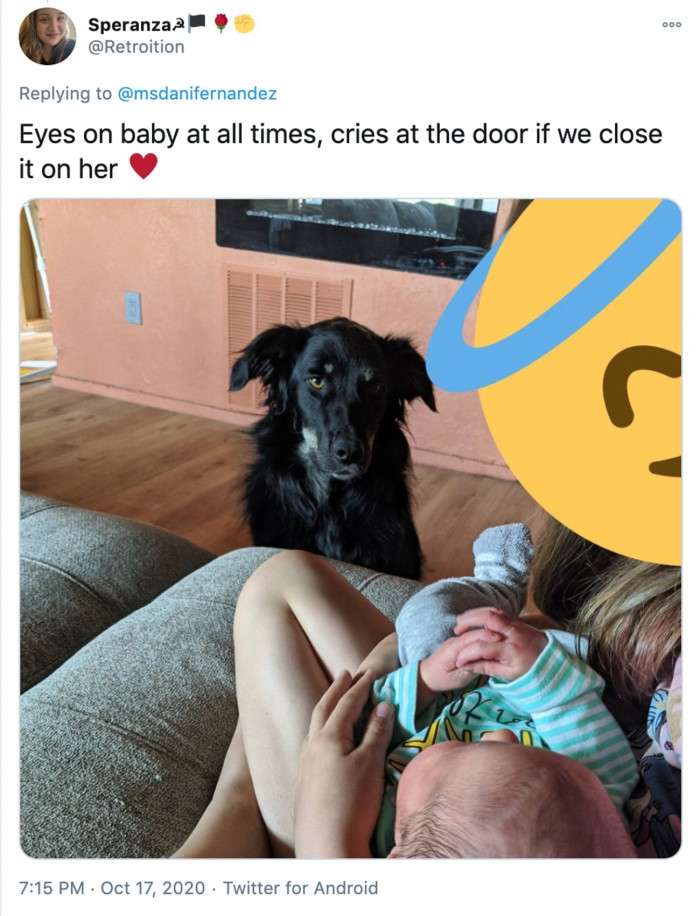 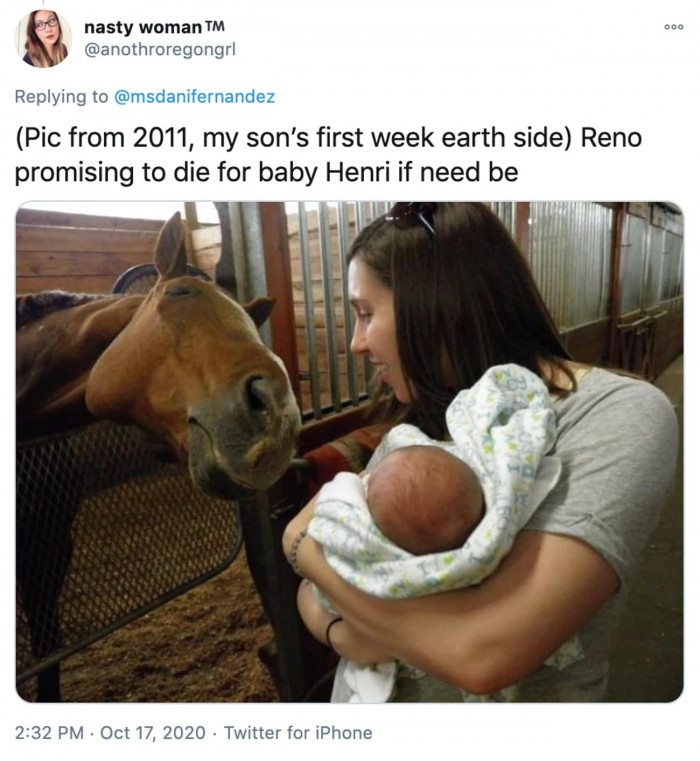 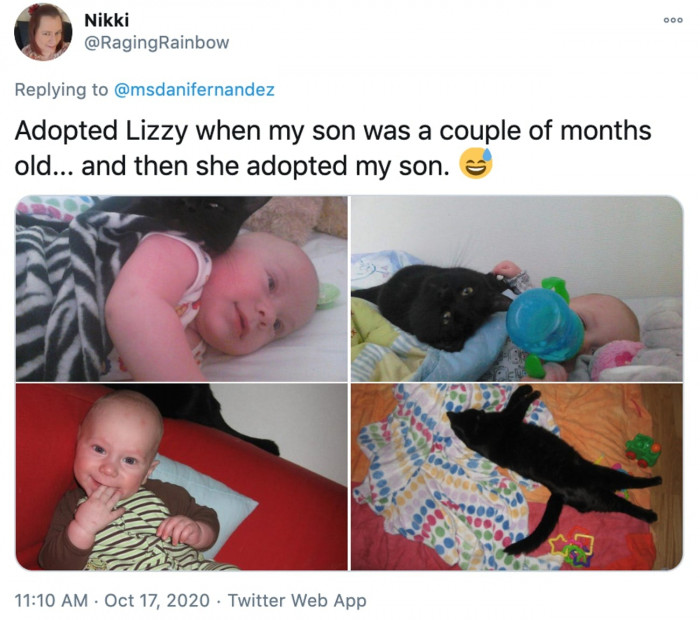 Seger is always willing to dare someone to mess with his human. pic.twitter.com/AqWu6vgvAG

19. Watching over both kids at the same time...

We had our sweet Chili before our kids. She would sleep on my belly when I was pregnant and on any of us when we were ill. The last few months of her 18 years, she took to sleeping like this between the kids' rooms. pic.twitter.com/2Azeb4iBnc 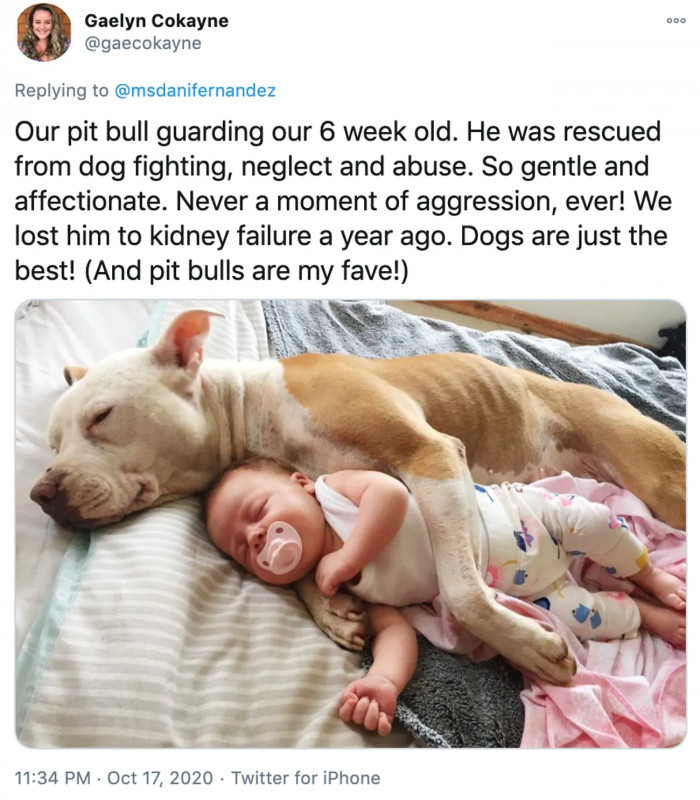 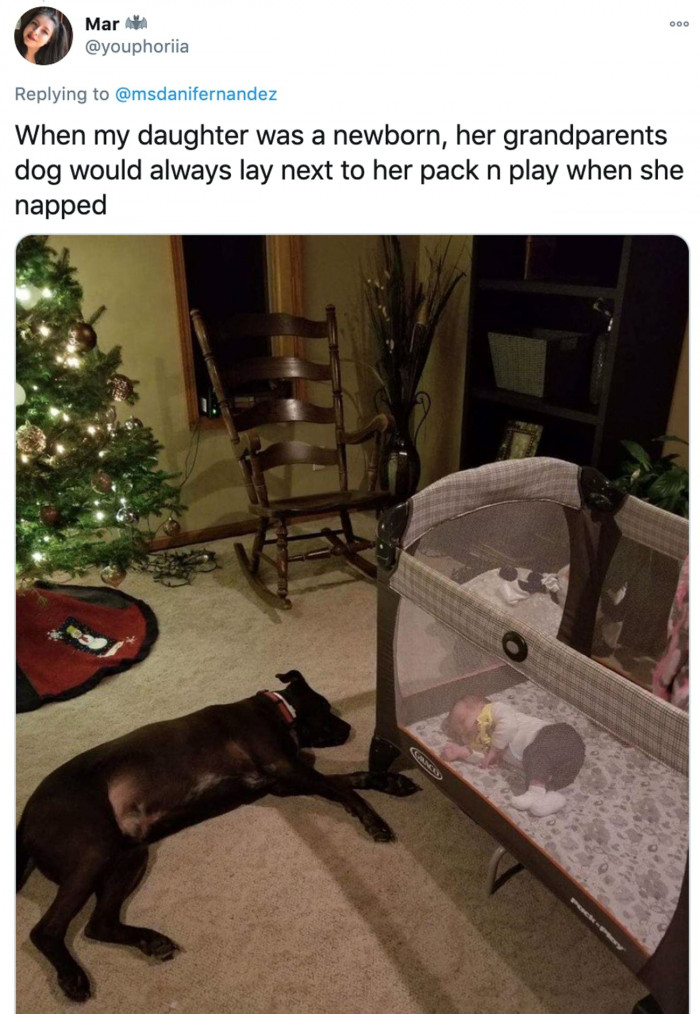 Does this count? I think he was just comfortable but let’s just say he was being protective.... pic.twitter.com/JygvY0JJWi

23. This baby has two guardians. 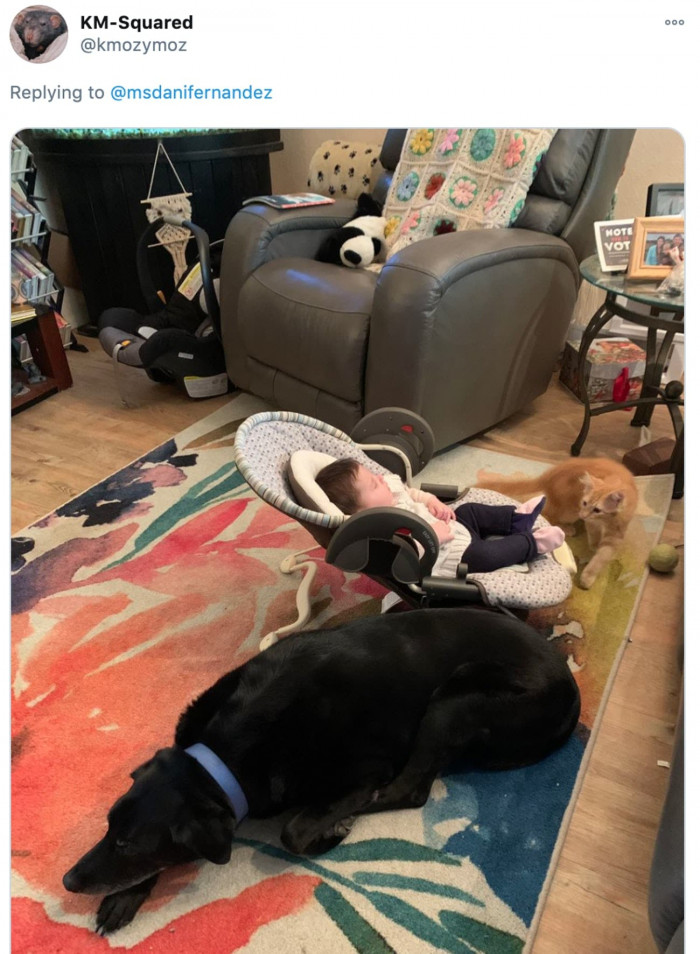 Just home from the hospital, and Ellie the Dog was already smitten with her new baby brother. pic.twitter.com/XWs1vDSDEs