The story you are about to hear is not only strange but also extremely hilarious. It will make you believe in the innocence of animals, especially when they are trying to be clever.

Maura McLaughlin lives in Sherman Oaks, California, and is a founder of a nonprofit organization called Off The Wall Grafitti. She was sound asleep one night when she woke up from a very unusual feeling.

She felt something fur-like rubbing her fingers and that too right in the middle of the night. Scary as it sounds because she was familiar with the touch of her cats and this was not one of them.

McLaughlin recalls, “My door was closed and I knew my cats were not inside the room. So I was like, ‘What was that?’ And I just bolted upright and went into the living room to sleep on the couch.”

Continuing the story she shared that she was not alone in having the mystery visitor the night before. “One of the artists who’s living in my daughter’s room came in and said, ‘I had the cutest baby possum in my bedroom this morning. I just scooped it up and put it outside and said, ‘hello.’"

What bewildered McLaughlin was that she could not find the source that the possum might have used and entryway to get inside the house.

She took a quick tour of the house but was unable to find anything. Anyway, days passed and she forgot about the incident until a few months later.

She was sitting in her living room when she heard a noise. “I heard this new sound, and I was like, ‘That is not my cats, that’s not a raccoon, what is slurping at the water bowl?’” McLaughlin told.

McLaughlin was determined to catch the culprit this time and she actually did. She tiptoed following the sound and there it was, the possum casually munching on her cat's food.

McLaughlin tried to shoo him out of the house but he did not seem to budge. 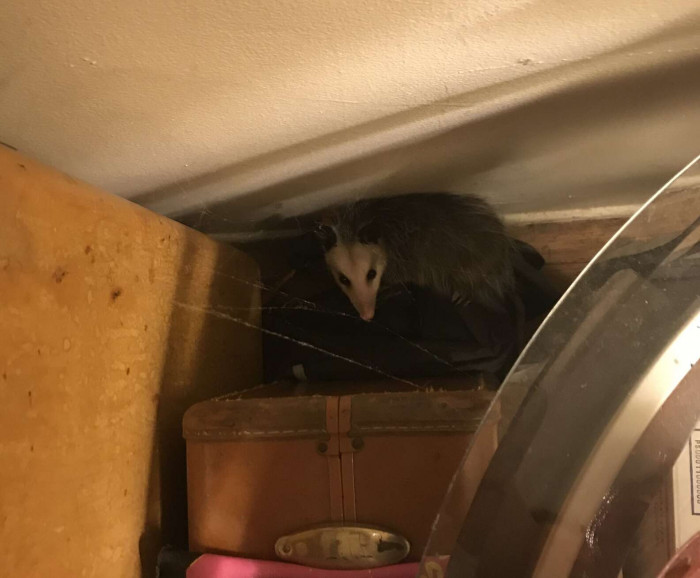 Finally, McLaughlin gave in and thought to herself that if the possum wants to live here, it can as the rest of her cats do.

“What I ended up doing was giving up and giving in to the fact that they are here — they were born here under my house,” McLaughlin shared. “These are just little community members.”

Well, the possum has formed a routine and follows the rules of the house as well. He does not forget to use the litter box of the cats when he comes into the house to munch on their food.

The cats seem okay with all of this, they do not seem to mind its presence as they barely notice it.

From his actions and activities, it appears that the possum aspired to be a part of the cat group.

Keeping his aspirations high, he would visit at night and eat the cat's food, use their litter box and drink their water as well. McLaughlin has formed an affection for this possum.

She actually gets worried if he does not visit. He has become a part of their family. 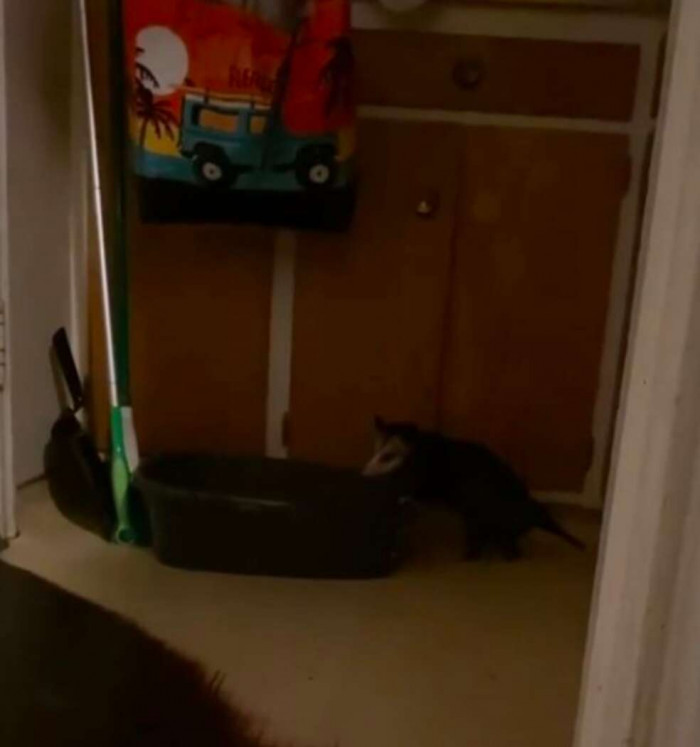