When Megan Taylor suffered a major head injury at 15 years old, she was left with some pretty horrific medical issues as a result. Hearing loss, impaired balance, frequent fainting episodes, vertigo and 'episodic blindness' became a part of her everyday life.

"I can temporarily lose my sight without warning at any time, which is truly terrifying," Megan told The Liverpool Echo. "Even when I can see I become so dizzy and disoriented when walking that I bump into obstacles and trip over things."

Due to her disability, Megan uses an assistant dog to help her with daily tasks such as getting undressed, untying her shoes, emptying the washing machine or calling for help should she need to.

Recently, Megan was on board a bus with her 2-year old black labrador, Rowley.

Megan, who is now 22-years old, was confronted by a stranger who had decided that Rowley should not be allowed on public transport.

"Why is there a f***ing dog on the bus? Get it off!" the unnamed woman screamed.

When Megan tried to explain that Rowley was her assistance dog, the woman went on to call Megan a liar and argued that "guide dogs are yellow, not black."

Megan went on to try to explain to the woman that guide dogs can be any color and don't even have to be labradors. But the woman didn't want to hear it and continued to abuse Megan.

"She told me I was wrong. I decided at this point there was nothing I could say to educate this woman and that it wasn't worth my time. I instead chose to ignore her while she continued to talk nonsense." 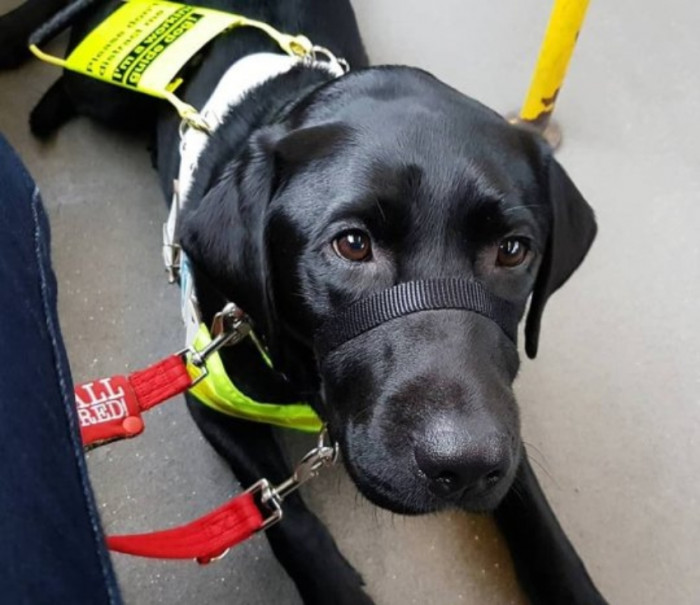 via: The Liverpool Echo

Megan relies on Rowley to feel safe and confident, especially when she is out in public places.

Unfortunately, this has not been the first bad experience Megan has had using public transportation.

"I don't think I've ever had a stress-free trip on public transport, that's why I'm so nervous when using it now," she told The Liverpool Echo.

Megan went on to say that on previous occasions she has been spat at, stepped over, pushed out of the way and accused of being drunk.

But in spite of all she has been through, Megan still has a remarkable way of looking at things.

"I try to stay positive and not let incidents such as what happened get me down because I am not ashamed of my disability. Despite having so many negative experiences, I know that these people are the minority. Most people are good and kind." 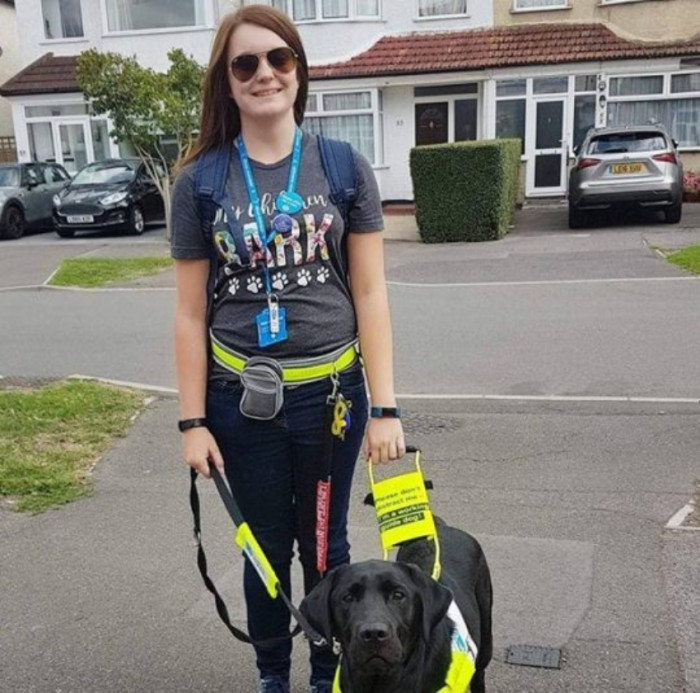 via: The Liverpool Echo