Everyone knows that Australia is full of deadly animals. From spiders and snakes that can kill practically by just looking at you, to large predators that circle the island country in its beautiful ocean waters.

Australian news reports are full of shark sighting—with helicopters regularly patrolling beaches to ensure that swimmers are safe from the dangerous animals. Aussie kids are raised to be cautious in the ocean; I, for example, once sprinted from the sea after seeing a big fin just metres away from me (luckily, it turned out to be a dolphin)!

When reading stories like these, it is always important to remember that humans are the ones invading their territory and sharks were just minding their own business.

Fishermen Lee and Adam Ferguson recently went out on their boat from Coogee in Perth, towards Carnac Island to go fishing. They ended up finding a bigger fish than they bargained for. 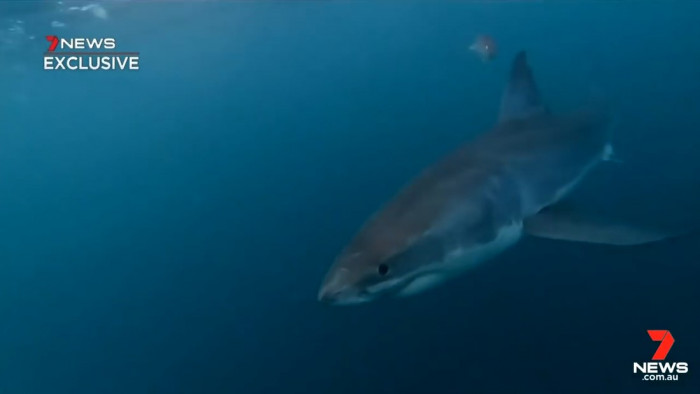 Naturally, when confronted with such a massive predator, they decided to get out the GoPro!

As the shark approaches, you can hear them yelling "Oi! Go away!"

The great white shark, estimated to be a similar size to their boat, spent 15 minutes circling their boat, all while biting it. 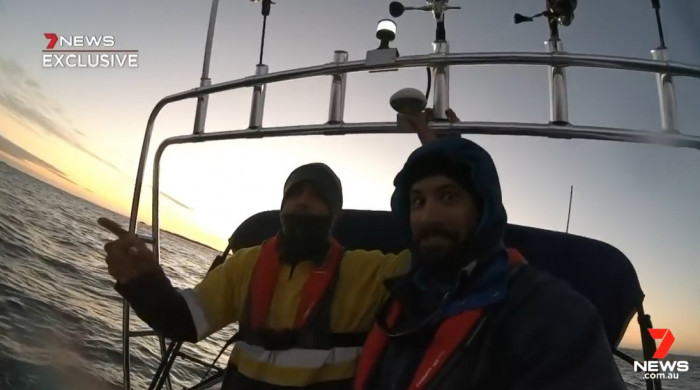 Lee had to put his hand in the water, with the GoPro attached to capture the incredible footage. 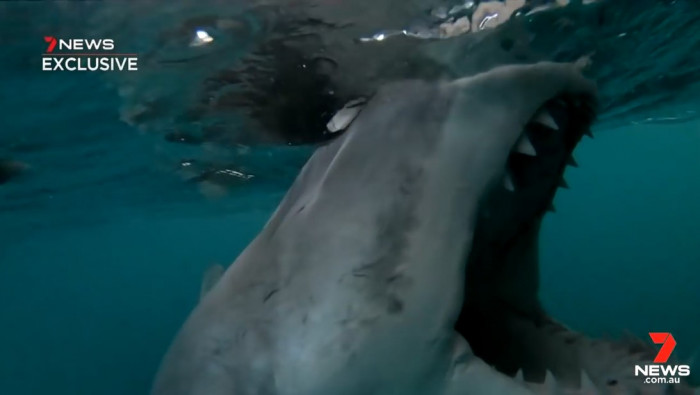 Watch the news report below; which includes the hilarious phrase "Oi! Go away!"

If you saw a shark would your first response be "Oi!"? Or would it be something a little more scared? Let us know below.