Quarantine made us stay and work from home, and even though it is driving us crazy, some good things came out of it – we have an excellent opportunity to get to know our pets much better. Whether we will like what we see, that is the question.

We have collected some of the most interesting things pet owners observed about their pets. We can’t say if they were always like that, or they are just confused by the fact that their owners are always at home. But we can say that they are interesting…

Read on, and maybe you will find something that sounds familiar…

"I discovered that one of my cats, Nugget, is a really big fan of sitting on the toilet all day. Occasionally he’ll move to the tub in the afternoons but mornings are his toilet hours. Chicken, my other cat, and I are concerned." 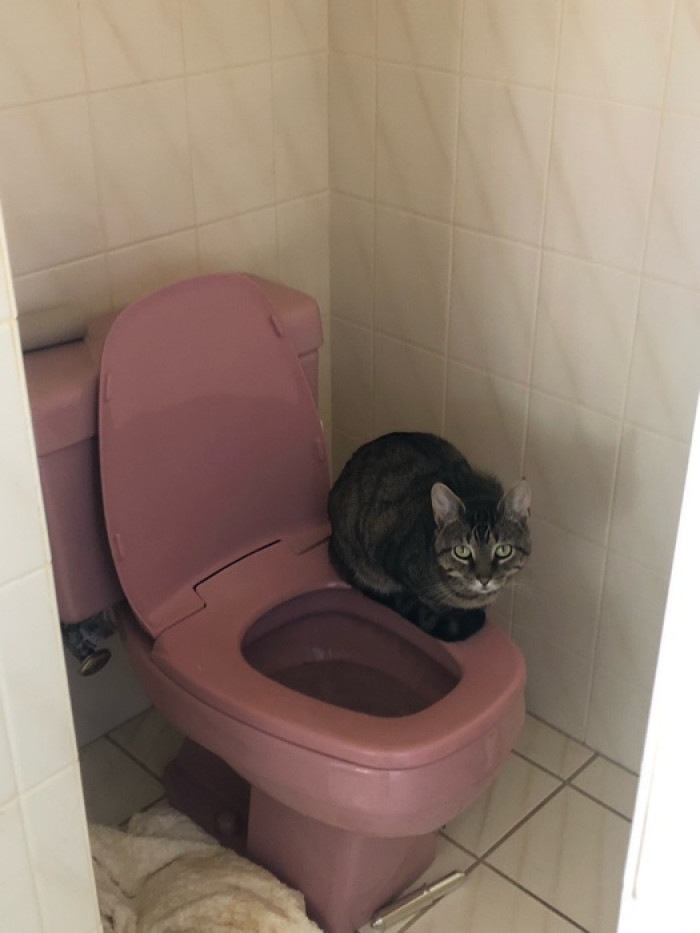 "I’ve discovered my giant Madagascan hissing cockroaches are having marital problems. The female, Hinata always sits on the rock and ignores the male, Naruto who has been exiled to the plantpot!" 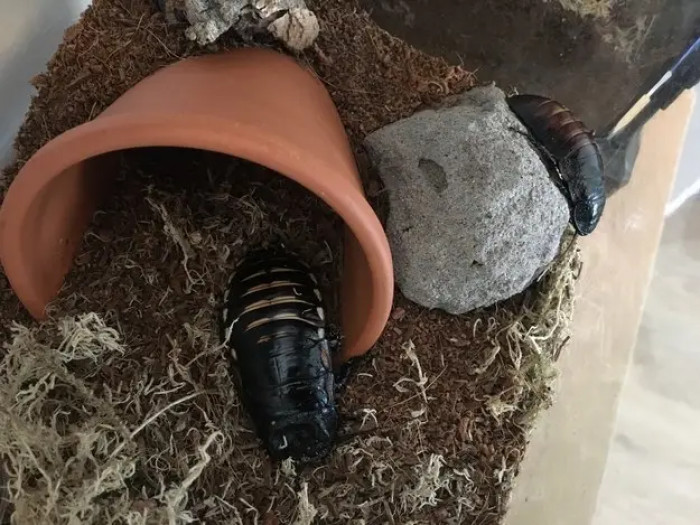 "My cat spends the day sleeping in the exact same place that I slept in the bed the previous night. Adorable!" 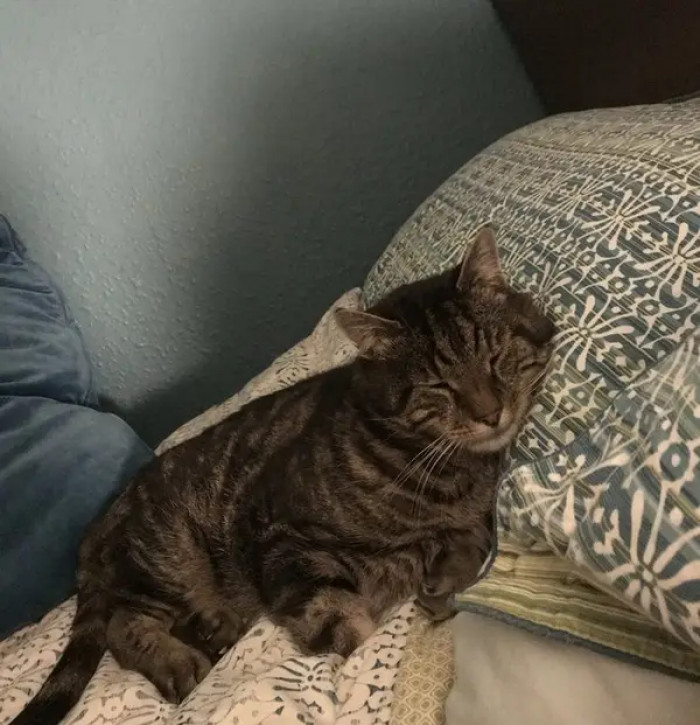 "I was convinced the dog was stealing the cat food tins from the recycling, because I always found them licked clean around the house. Turns out, the cat was the culprit, pulling them out of recycling to bat about the house, and the dog just takes the leftover can to finish the job." 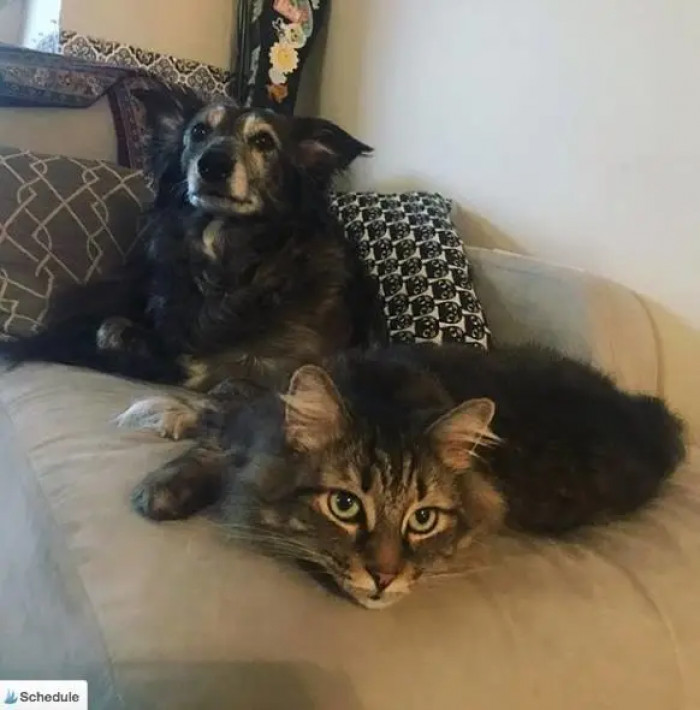 "Marley is an antisocial creature. The other four doggos prefer the garden out back." 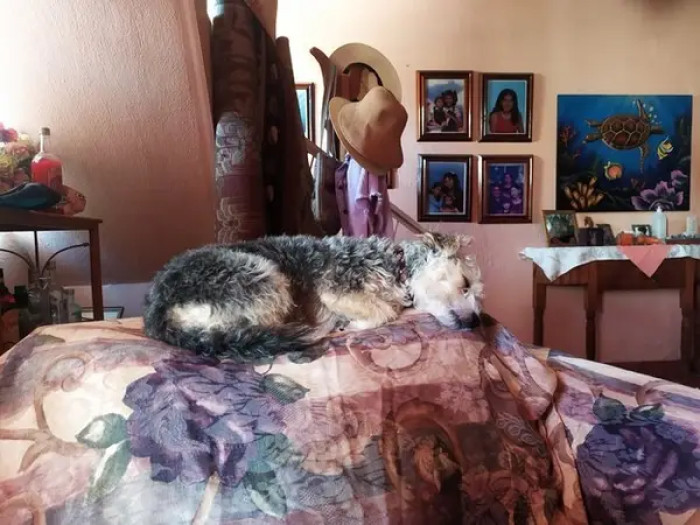 6. She doesn’t want to miss anything.

"We’ve learned that she really is nosy; when we’re at work, she slept all day. Now that we’re working from home, she stays awake all day to make sure she doesn’t miss anything exciting. As a result, she is sleepier and grumpier than usual, but also snuggles more." 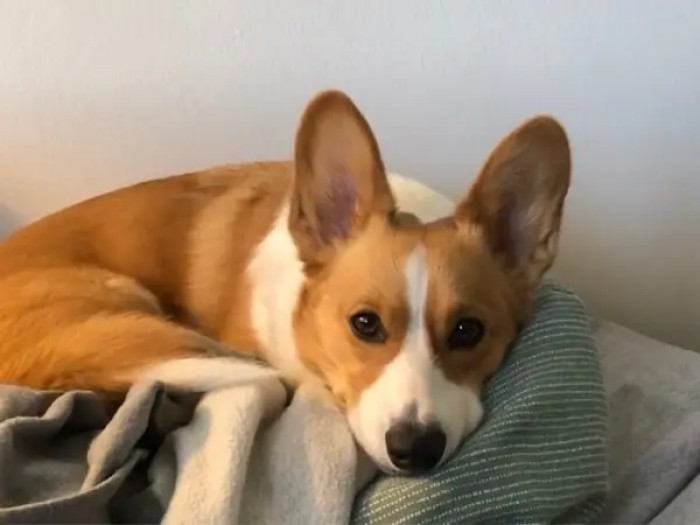 "I learned that Fredo wants to be ON the desk while I’m working from home. He just needed his bed to keep from annoying me." 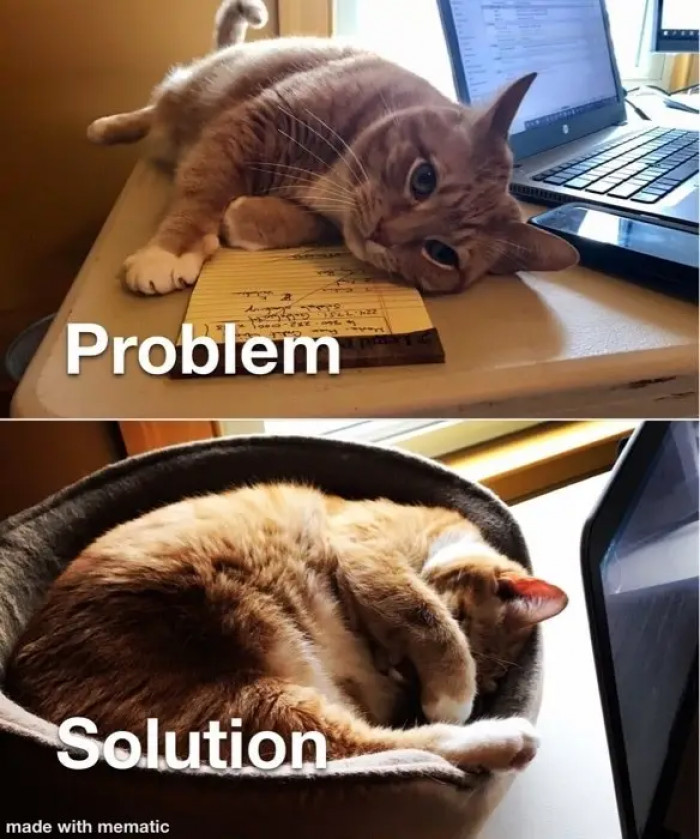 "My rabbit sleeps all day! I always felt a bit guilty for leaving her during the day, but apart from waking up to eat at about 1ish, she’ll sleep until about 5.30ish, and I normally get home from work at 6." 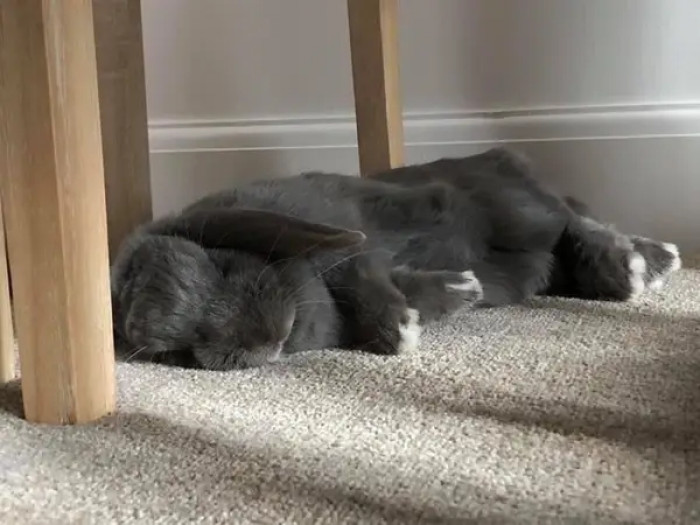 "My dog likes my boyfriend more than me." 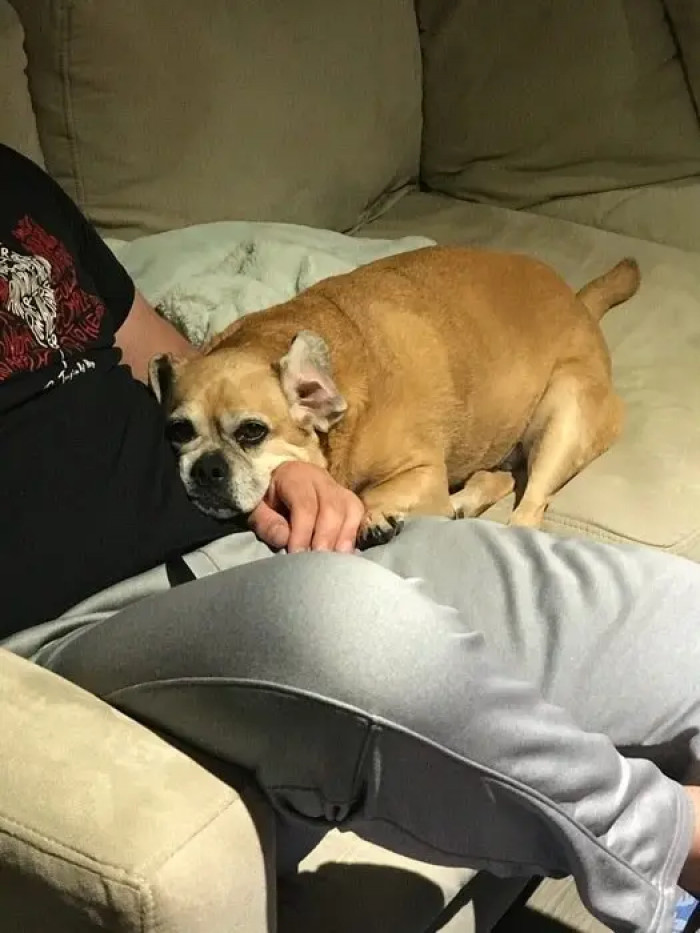 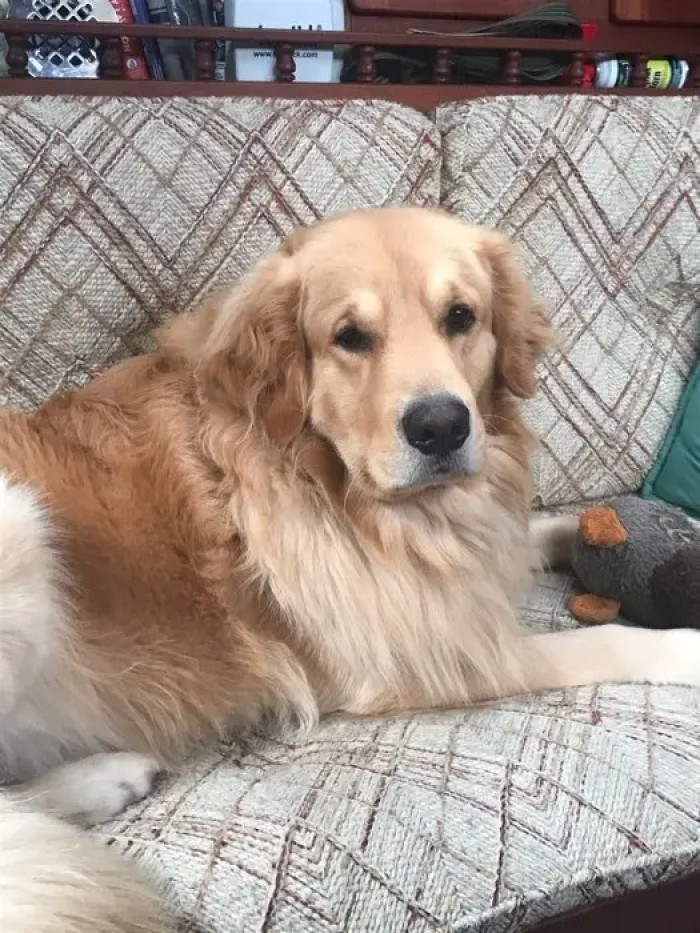 "My Great Dane, Kobalt, stands at the window and watches the cars and people walk by. Along with the snow." 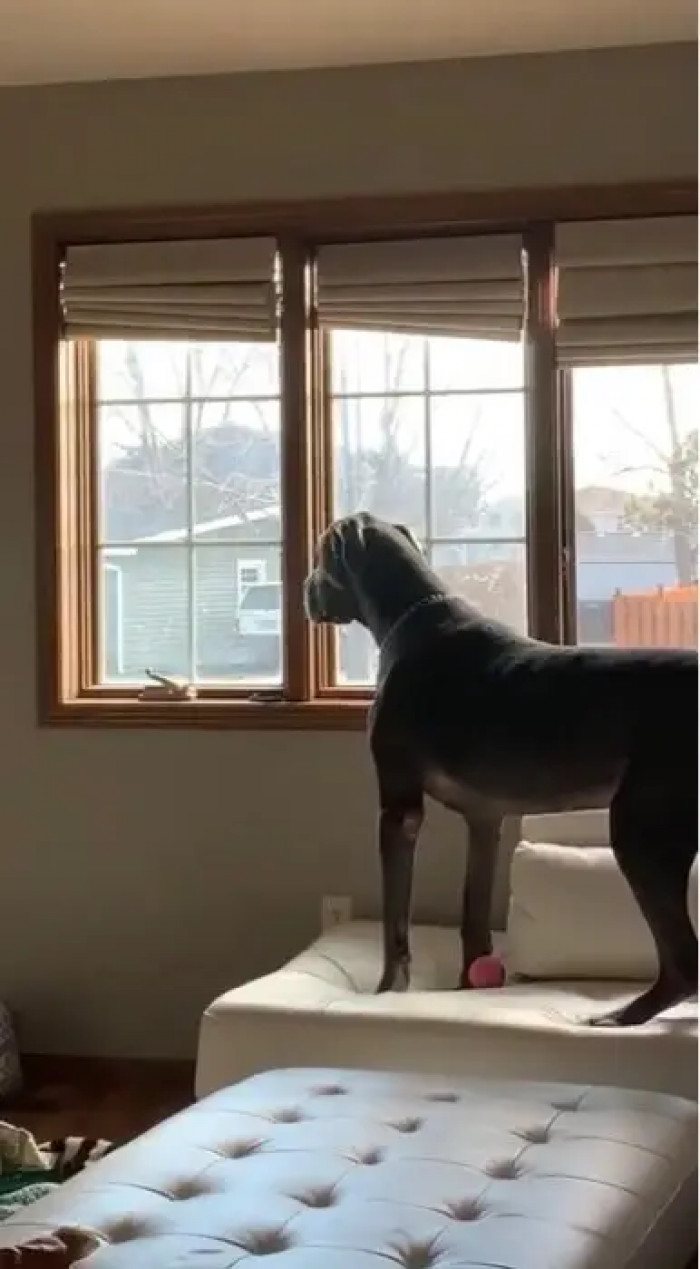 "I got my puppy in January and we don’t have any other dogs in our house. Well because of the lockdown, I have moved back in with my parents and discovered that she loves to tattletale on my sisters French Bulldog whenever he is doing something he isn’t supposed to. She’ll bark at us until we look at him and then looks at me for praise. She is such a dork but I love her." 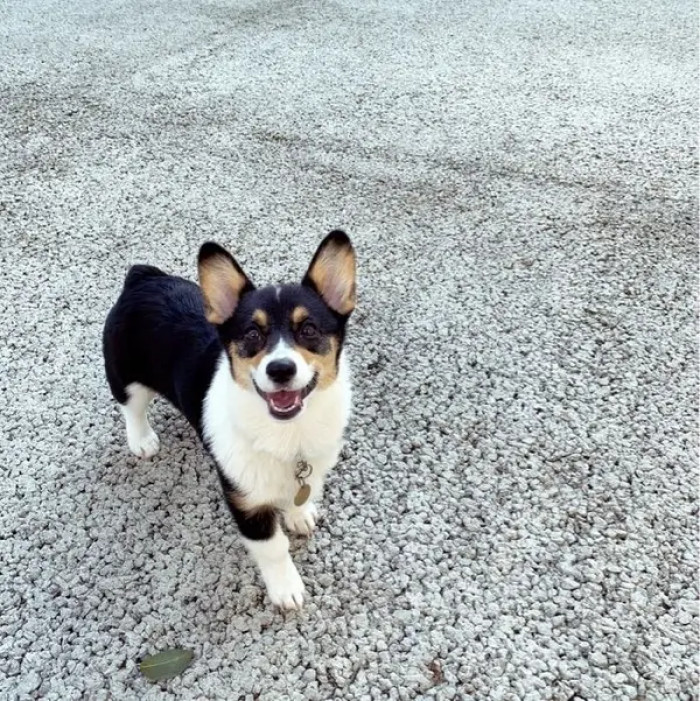 "The dog farts all day and the cat wants constant attention." 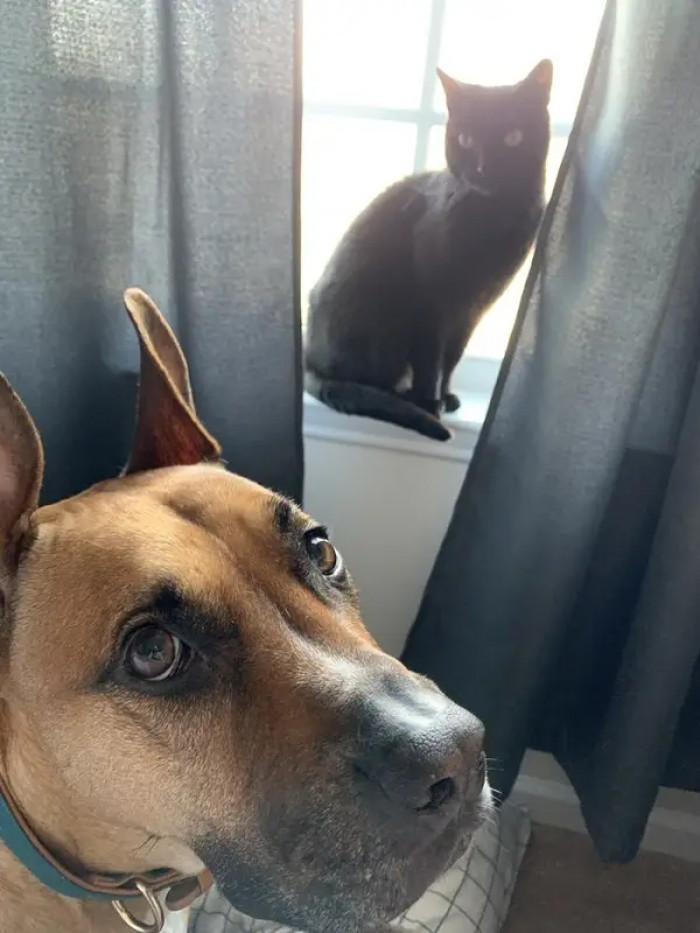 "Rue used to like me so much because I used to leave for most of the day and then when I came home she got all the attention and love. Turns out she can only handle about four hours of attention and love, not fourteen plus hours." 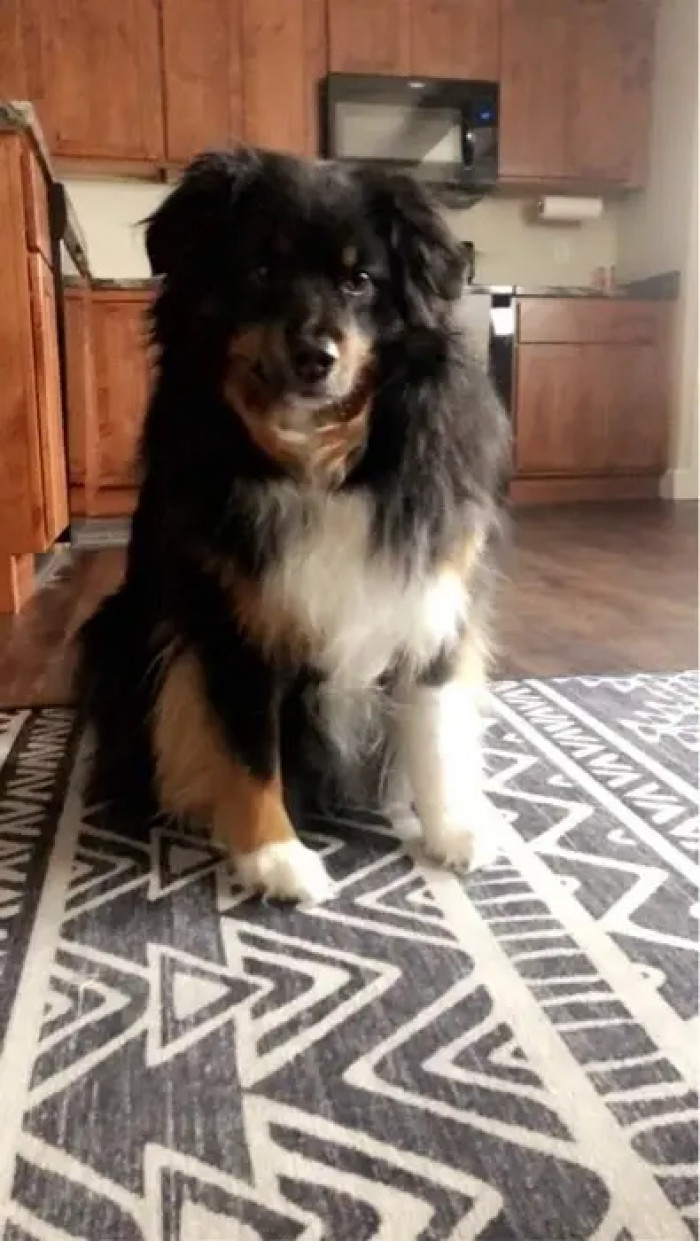 "We’ve finally started to break through our youngest bunny shell. We’ve had Tinkerbell for about a year and she hasn't been the most social bunny – she’s mischievous and sassy and not the biggest fan of being patted. Well, just yesterday she hopped into my brother’s lap and stayed for more than a minute." 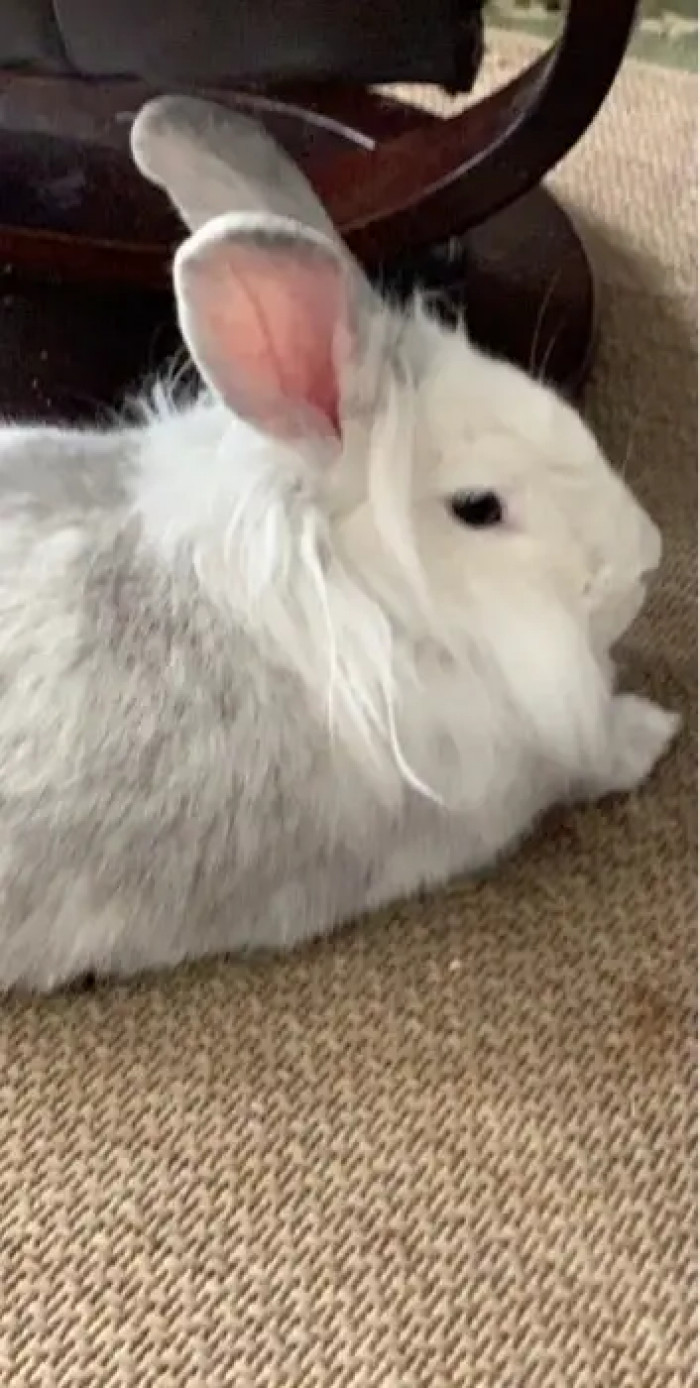 "We’ve learned that look of judgement from Winston is just that. Judgement. Also, he doesn’t like dressing up for work." 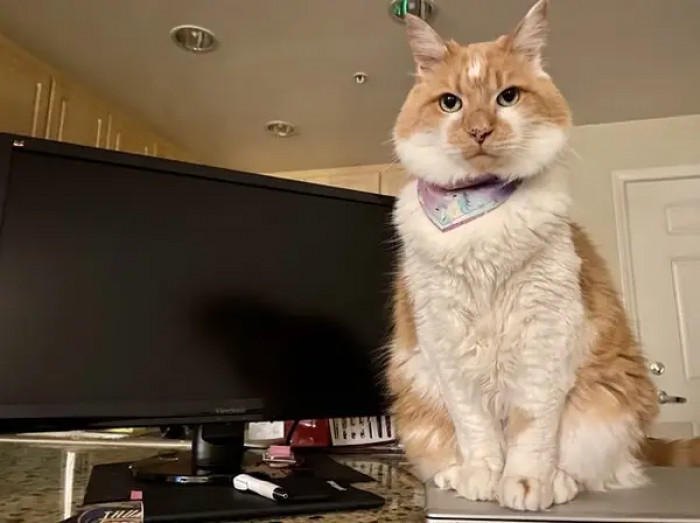