The truth is that the life of a loner is tough. We all need company, humans and animals alike.

None of us are made to be alone, and as much as we like to think about ourselves as individuals and lone wolves, the fact is that we all need someone. Good times, bad times, doesn’t matter. We need to share them with someone.

And Albert the cat realized that after spending two years on the streets all by himself. His mom managed to capture that moment on video.

So far, more than 6.3 million people have watched it, and it is easy to understand why. That relief we feel when we realize that we are not alone in this world… it is priceless.

The five-year-old cat had roamed the streets for quite some time, eluding attempts to rescue him. But when he decided it was time to settle down, he chose a new home for himself.

He wandered into a house of people he liked, wanting to stay. But before making it his permanent home, he had some more obstacles to overcome.

Read on to learn his story. Nothing in life came easy for Albert. Fortunately, his story has a happy ending.

When Albert was found he was in bad condition 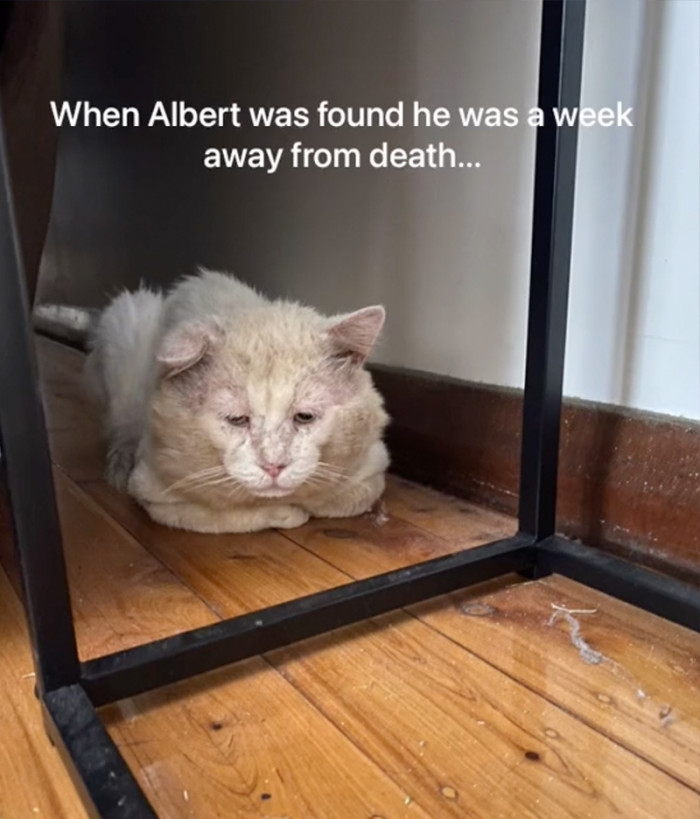 Albert was in bad shape when he was found. Even though he wasn’t old, he appeared much older due to the hardships he had encountered during his life on the streets. “Albert had open cuts and wounds, was infested with fleas, his head was swollen, he had shallow breathing, and he was extremely dehydrated,” says the video caption.

Then, on March 3, 2021, Albert first found his forever home. And it was just in the nick of time because he was “one week away from death.”

But before going through with the adoption, his rescuers had to surrender him to the authorities – he was a stray cat, and there was a waiting period for the previous owners to come forward. But it wasn’t the only obstacle for Albert. He was also sick and had to undergo months of treatment.

But luckily, he found good people 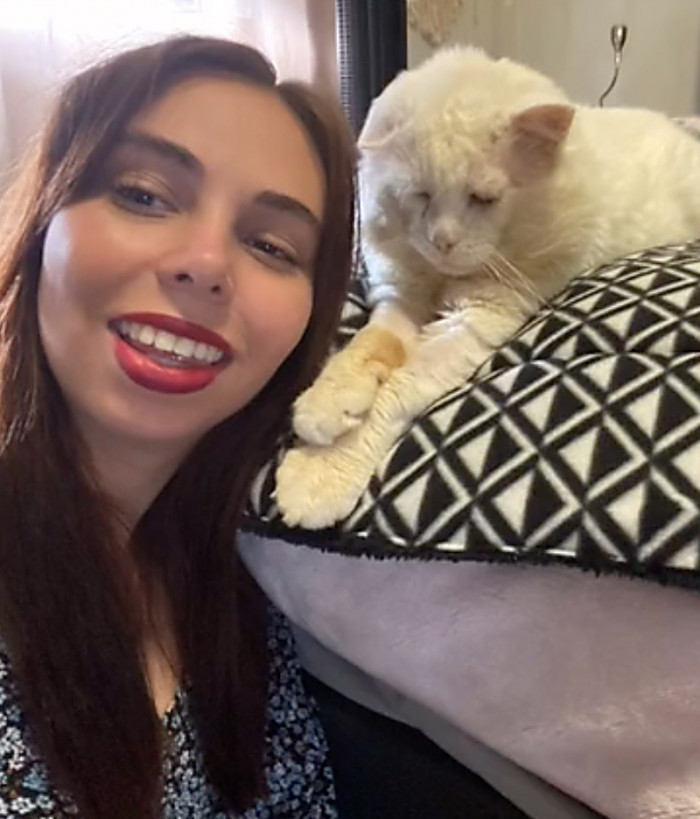 People who helped him recover 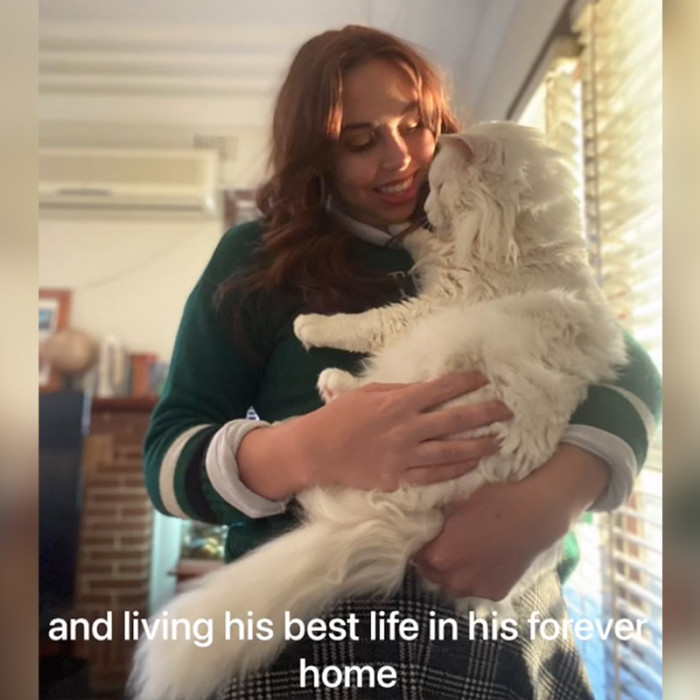 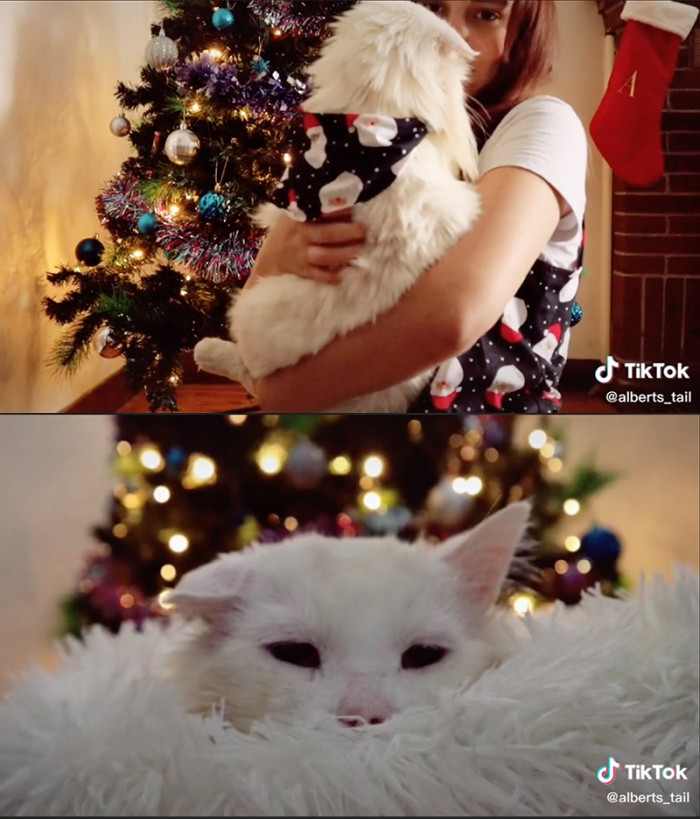 Finally, on May 20, the cat was ready to return to his forever home, this time for good. His medical condition still needed monitoring and he was receiving treatment in the months to come.

But now, after his long road to recovery, this cat is looking amazing and fully restored. His once scruffy-looking coat is long, white, and puffy. He is “living his best life in his forever home” with a young woman who loves him dearly.

“Every morning, Albert walks up on me and sits on my shoulder to say good morning,” she says. 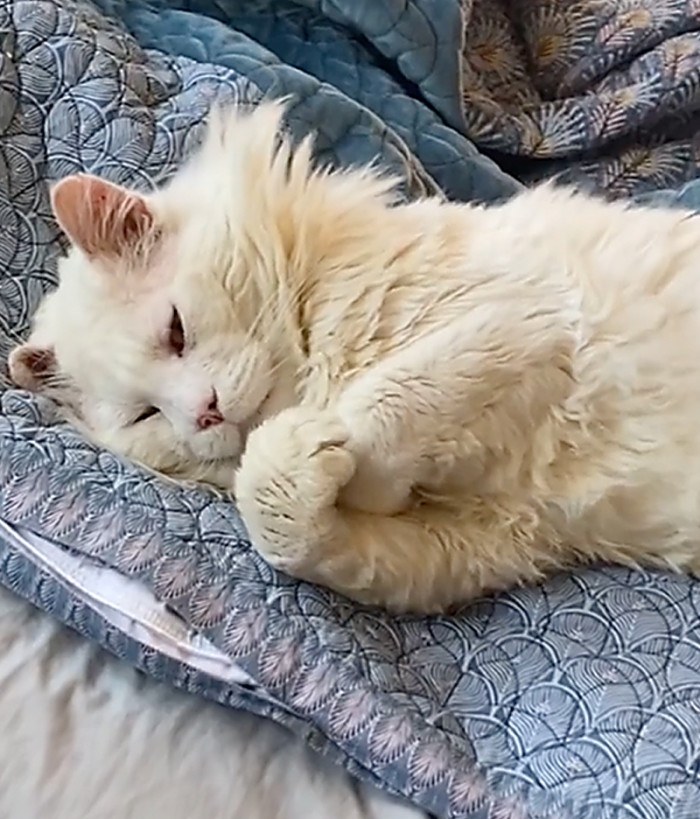 Albert is now thriving, thanks to his family 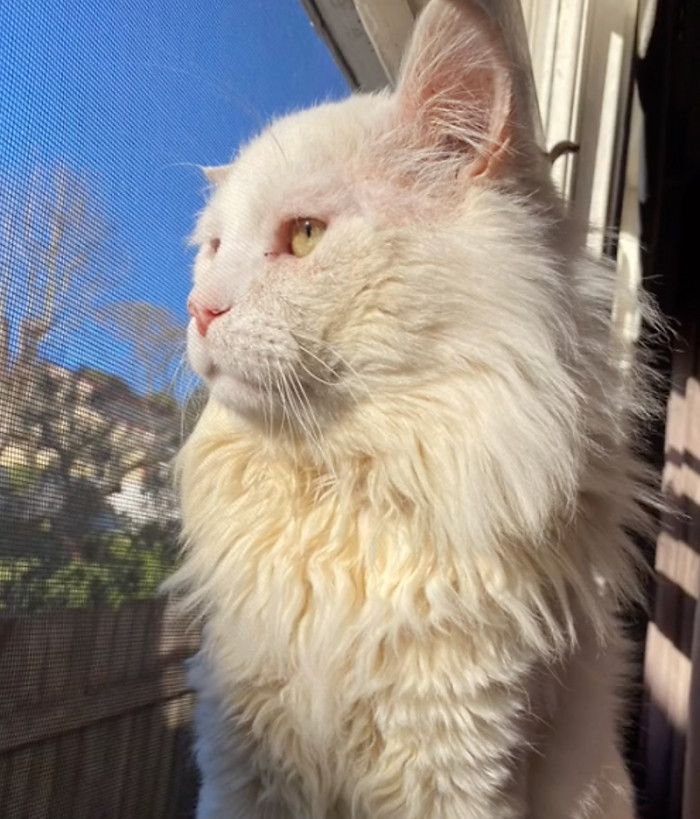 Albert’s mom shared a wonderful Christmas video that shows how happy they are together. It is heartwarming to see how lucky Albert was and how much he appreciates this second chance he is given.

But, most importantly, we can also see how love can transform a shabby and sick cat into a creature worth our admiration.