Christine Gray was just finishing her shopping at a garden store and getting ready to go home when she noticed a cat. “He was just sitting there,” Gray says. “The owner came up and said, ‘That is Boots. He is friendly and will probably jump into your cart.’ As soon as the owner said that, he jumped right in and cuddled up on my purse.”

The woman was delighted that Boots had chosen her and instantly knew that she wouldn’t be leaving until Boots lets her. After all, Boots had politely asked her to stay, and she was going to respect the charming cat’s wishes. 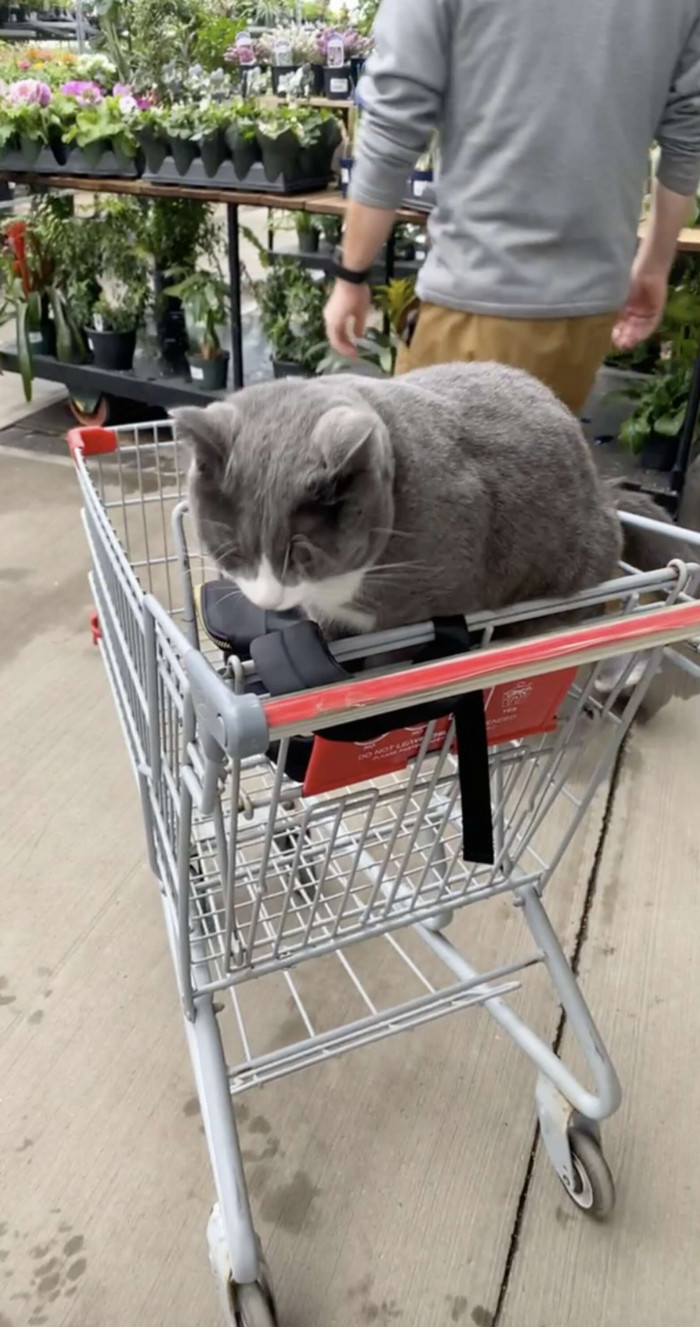 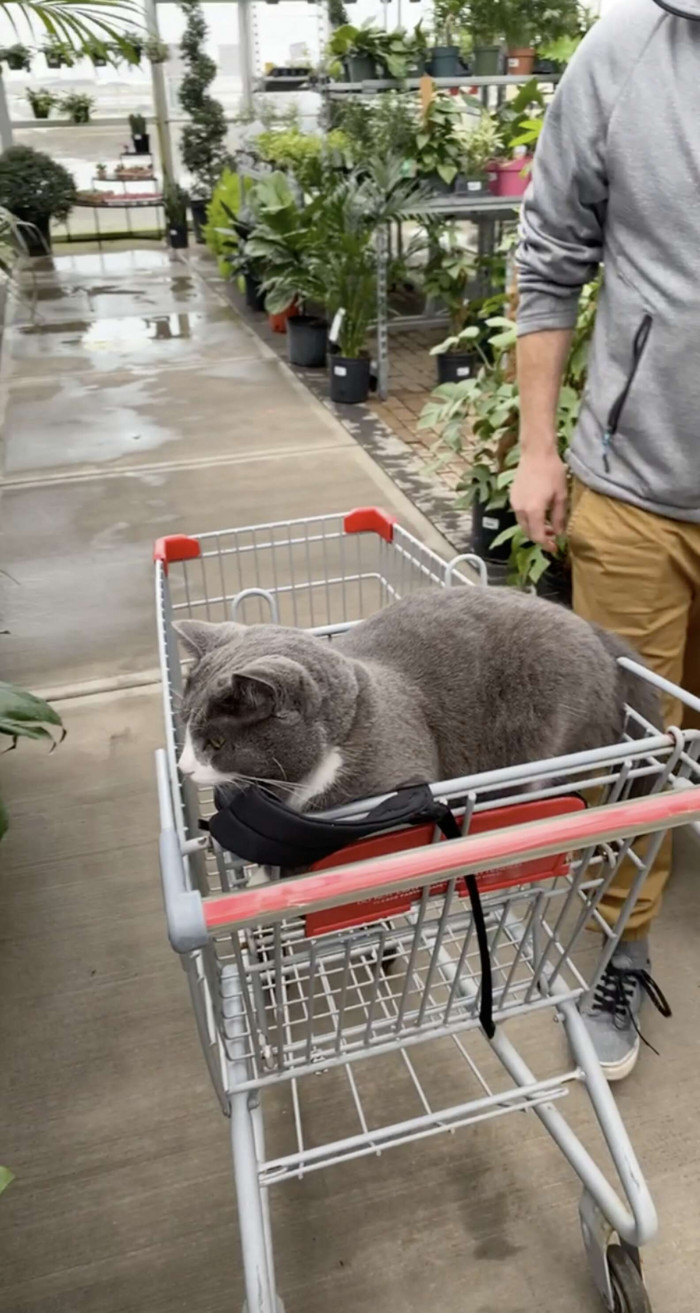 Gray gladly gave Boots a ride around the store in her cart, and the delightful cat seemed to enjoy the ride very much. She didn’t really know how long will the cat stick around, and even though she was done shopping, she still kind of hoped he wouldn’t leave yet.

“He was very happy to be in my cart and let me pet him,” Gray says. “I tried to also not pet him too much to annoy him, as I didn’t want him to jump back out.” 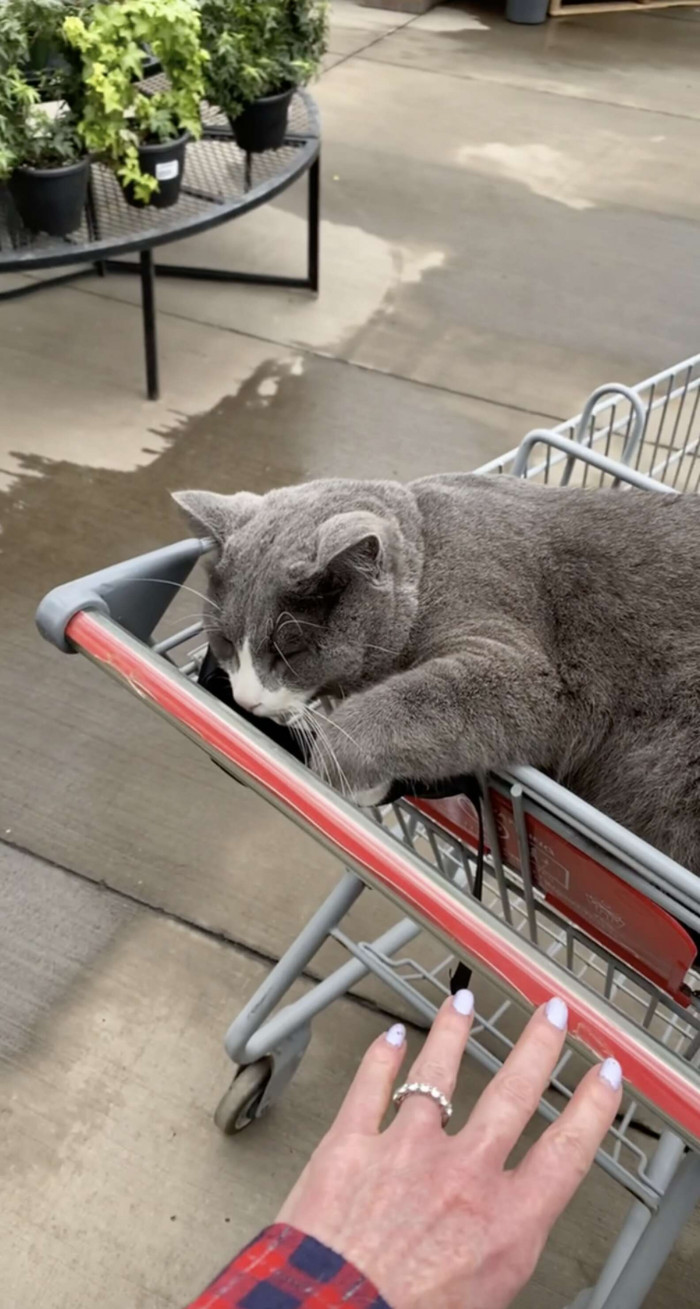 The cat spent about 15 minutes in Gray’s cart, and then decided he had enough of this free ride. Boots is obviously a typical store cat that loves the attention he is getting from the store visitors.

“He was quite comfy there — apparently he does that a lot,” Gray said. 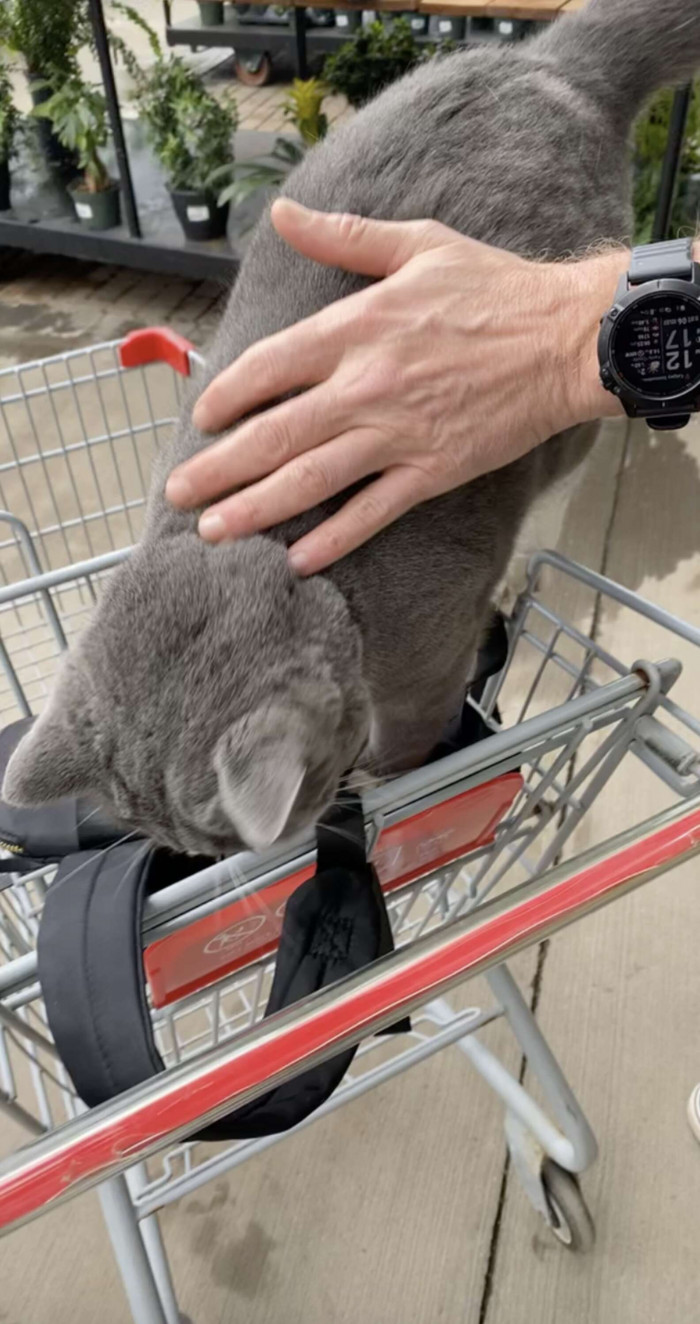 When she walked into the store, Gray expected to leave with just garden supplies, but she walked out with a wonderful experience and a new friendship