Cows are one of the coolest animals out there, in my opinion at least. They can be often taken from granted and overlooked by many people.

This could potentially be because we take for granted the commodification of the products created by these beautiful creatures. This cow, however, decided to reclaim her narrative.

She escaped the confined that society put on her and started her own life. If the cow was a teenager, and this was a coming of age movie, it would lather on black eyeliner and start dressing punk.

But, alas, it probably is not that deep and the cow just decided to go on a little adventure and found some new friends.

Over in Poland, this cow decided to escape from her farm and she found a local herd of bison to join, instead!

(In fairness, if I knew I was headed to the slaughterhouse, as this one was, I would seek shelter amongst bigger animals too).

The picture below was taken by the Director of the Mammal Research Institute at the Polish Academy of Sciences, Rafal Kowalczyk, near the Bialowieza Forest.

Apparently, if the cow was to mate with a bison, giving birth to animal bigger than she is could maim or kill her. This could also lead to the long-term genetics of the bison herd weakening.

For the cow's safety, researchers will attempt to capture her in the summer. 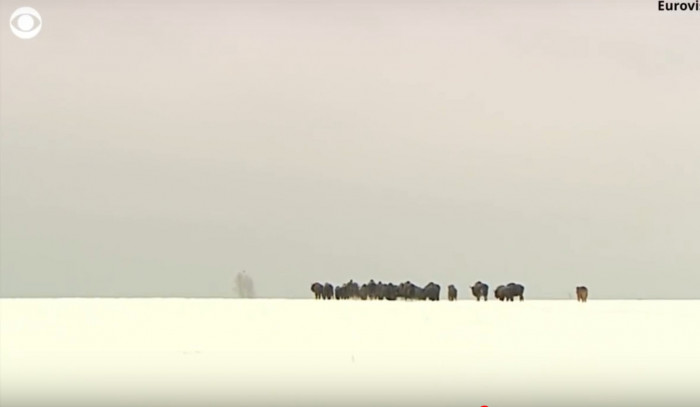 Watch the video below!

Big respect to this cow! Share your thoughts in the comments below!